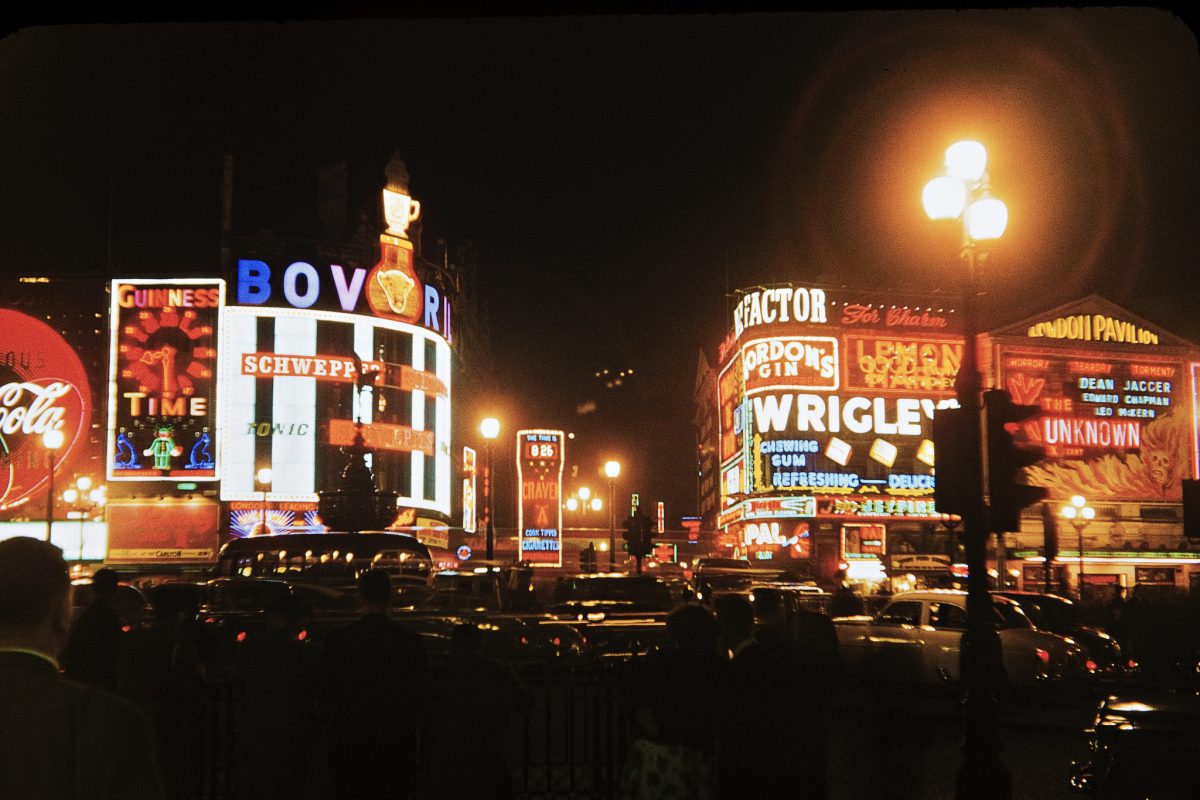 These fascinating colour photos of England’s capital were taken by an unknown photographer although we know he was probably Canadian and almost certainly an architect. 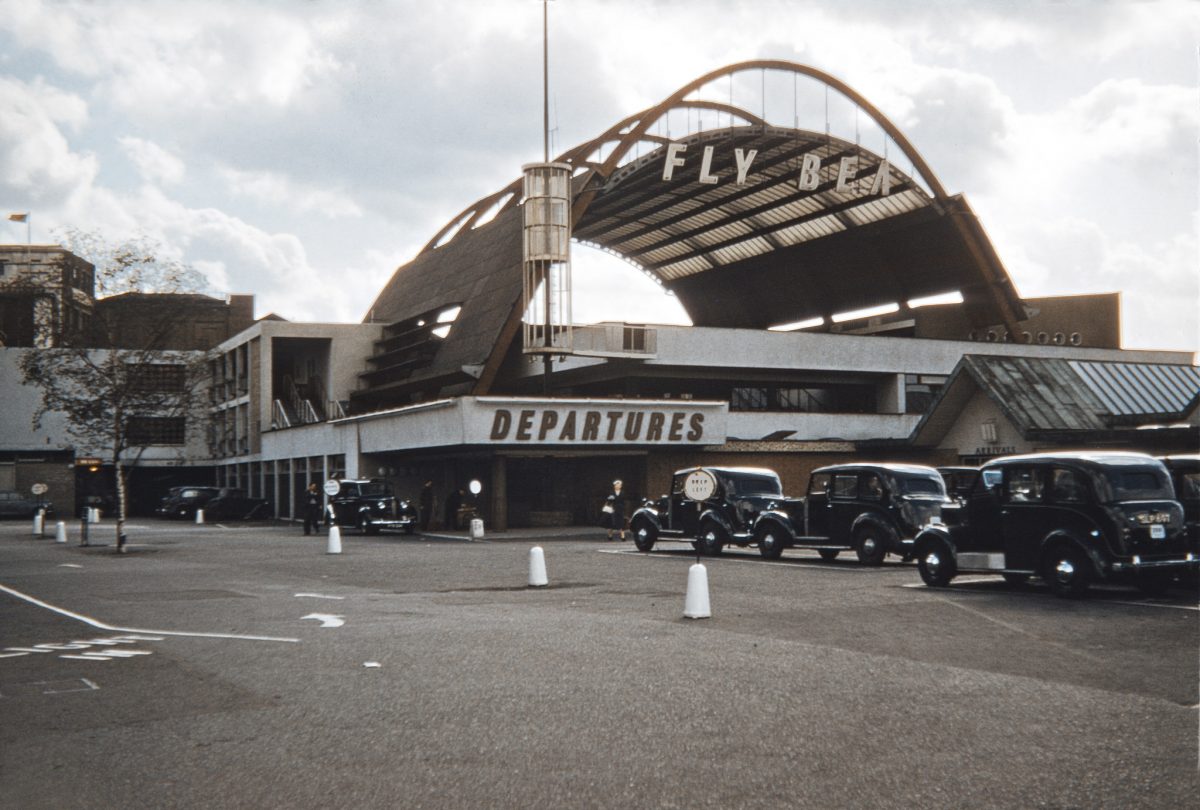 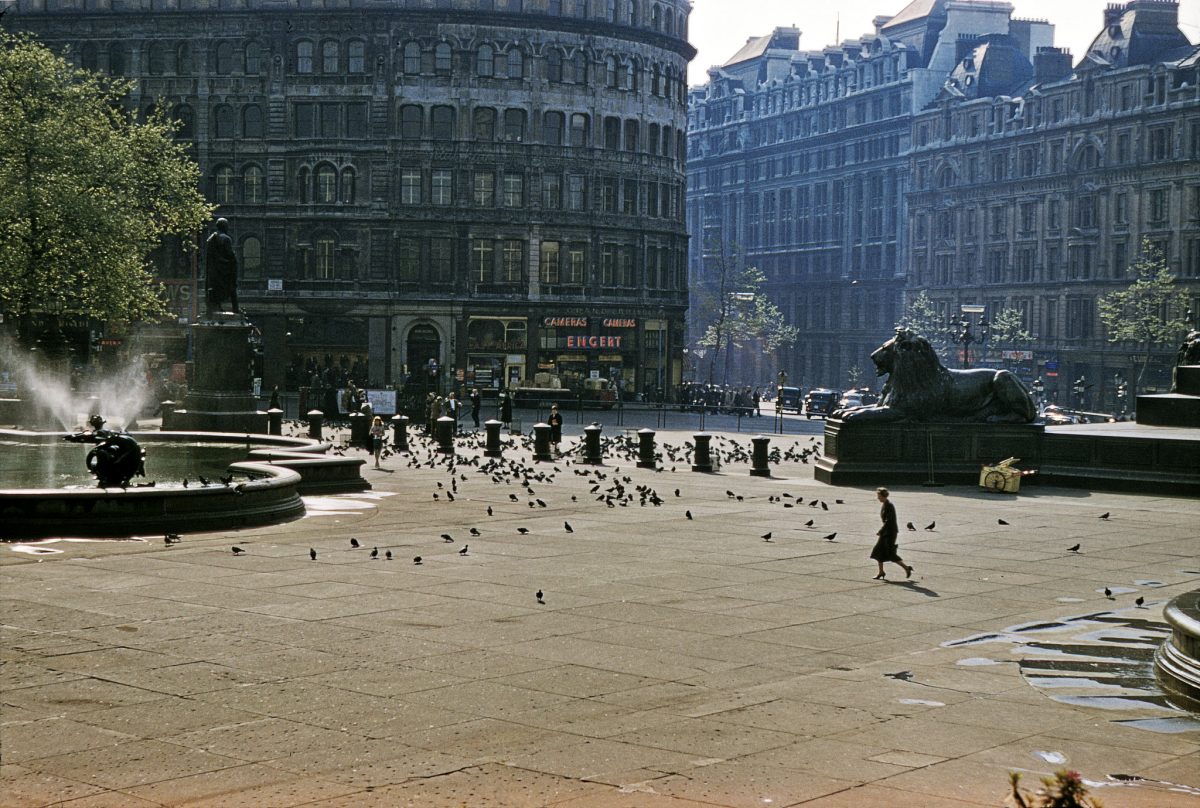 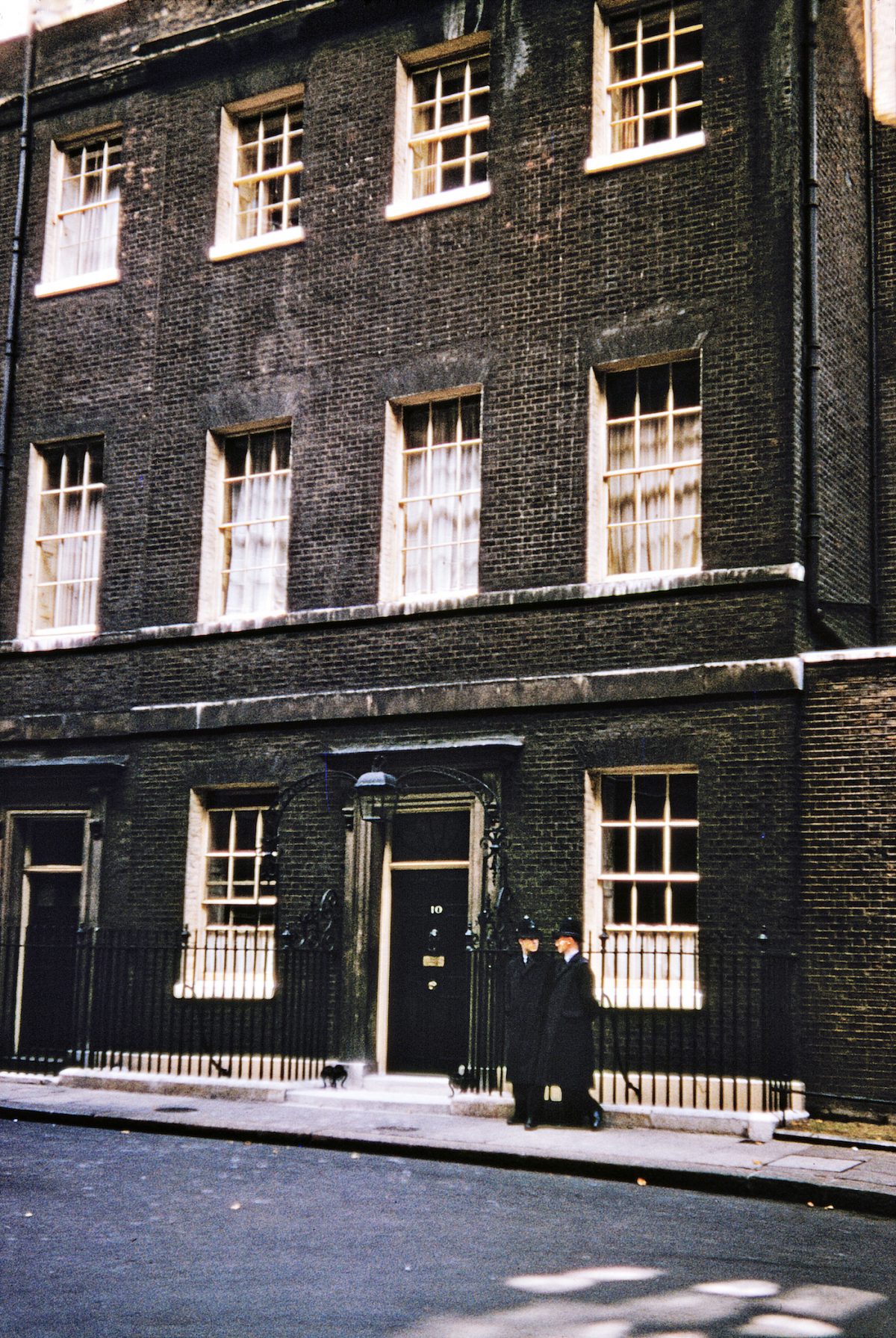 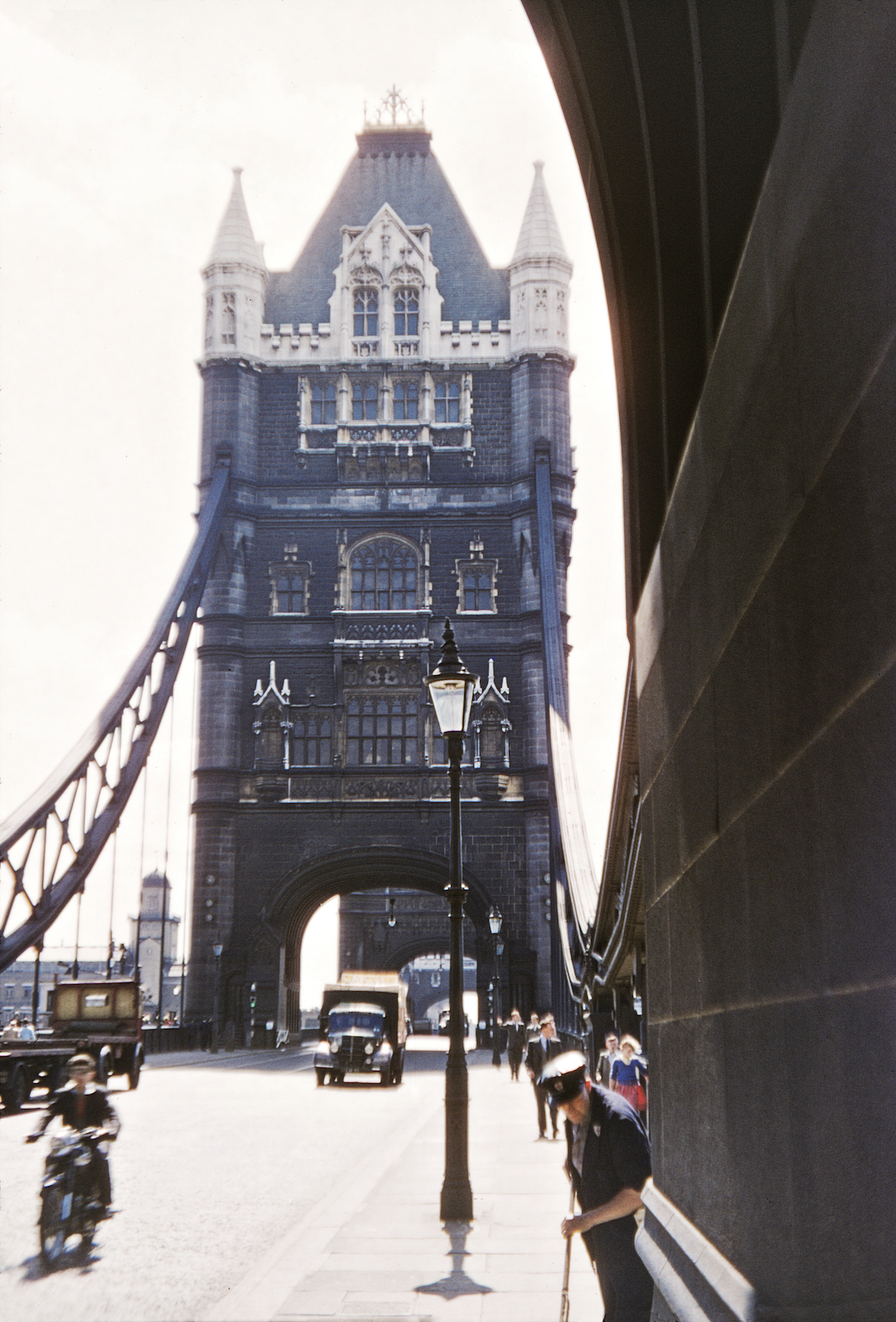 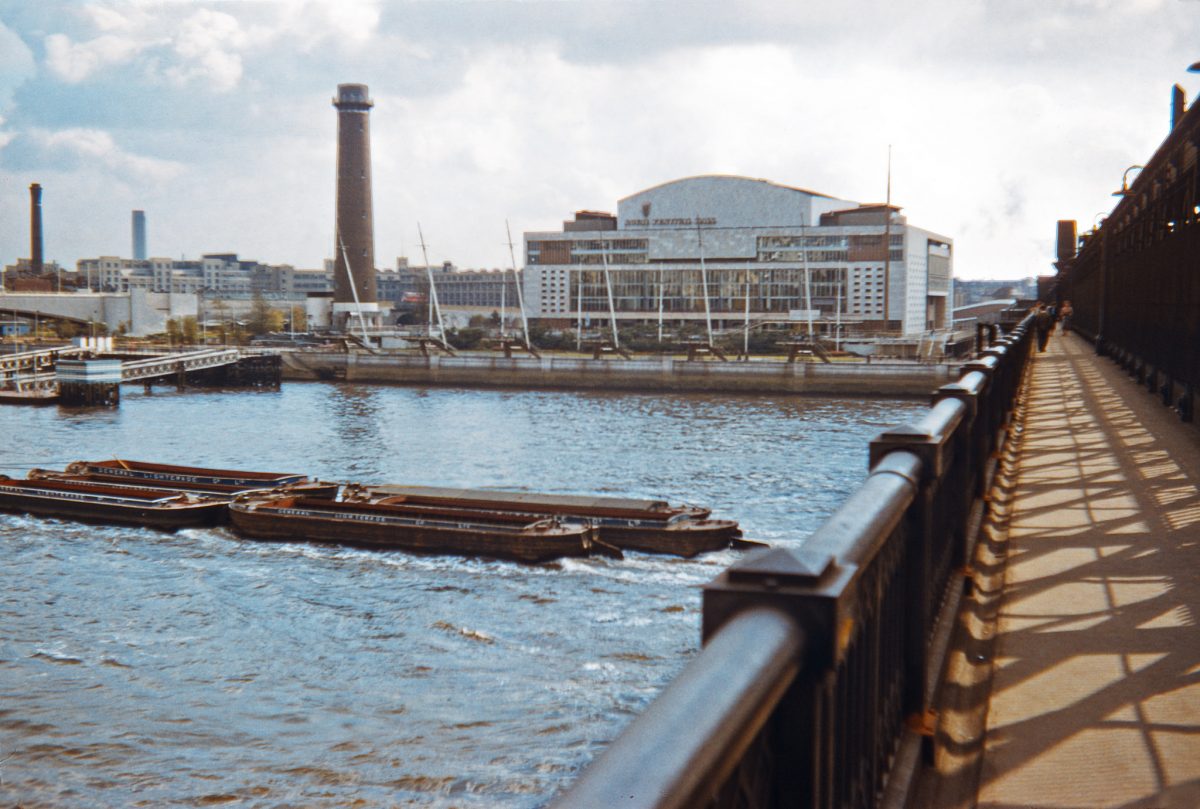 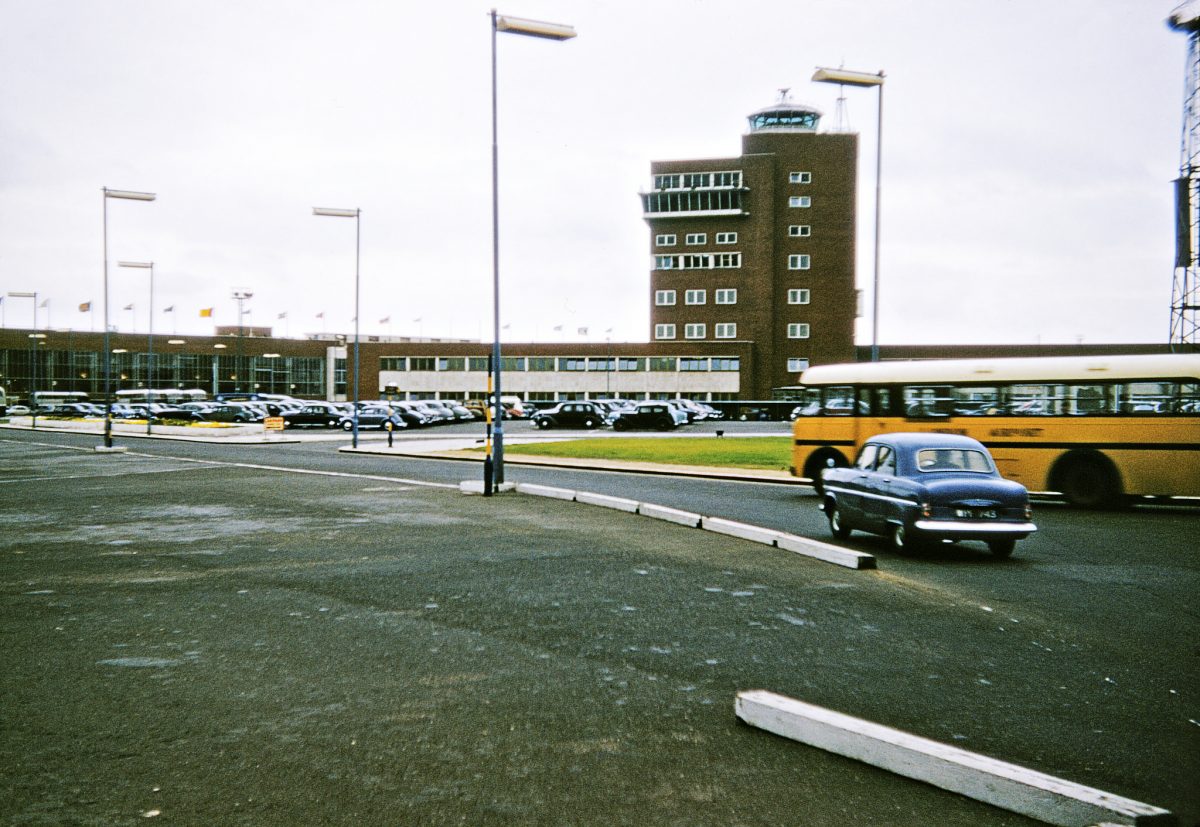 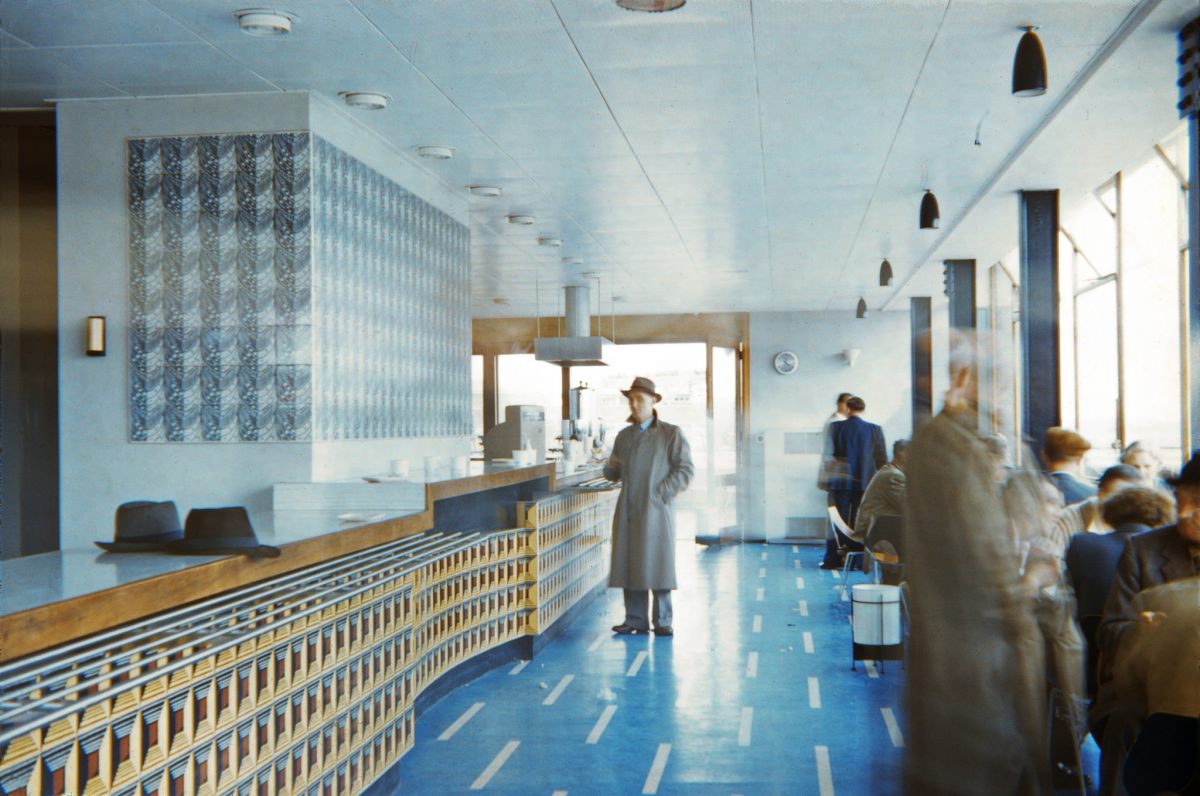 Cafe at the top level of the Passenger Building, London Airport (it wasn’t to be called Heathrow for another ten years), 1956 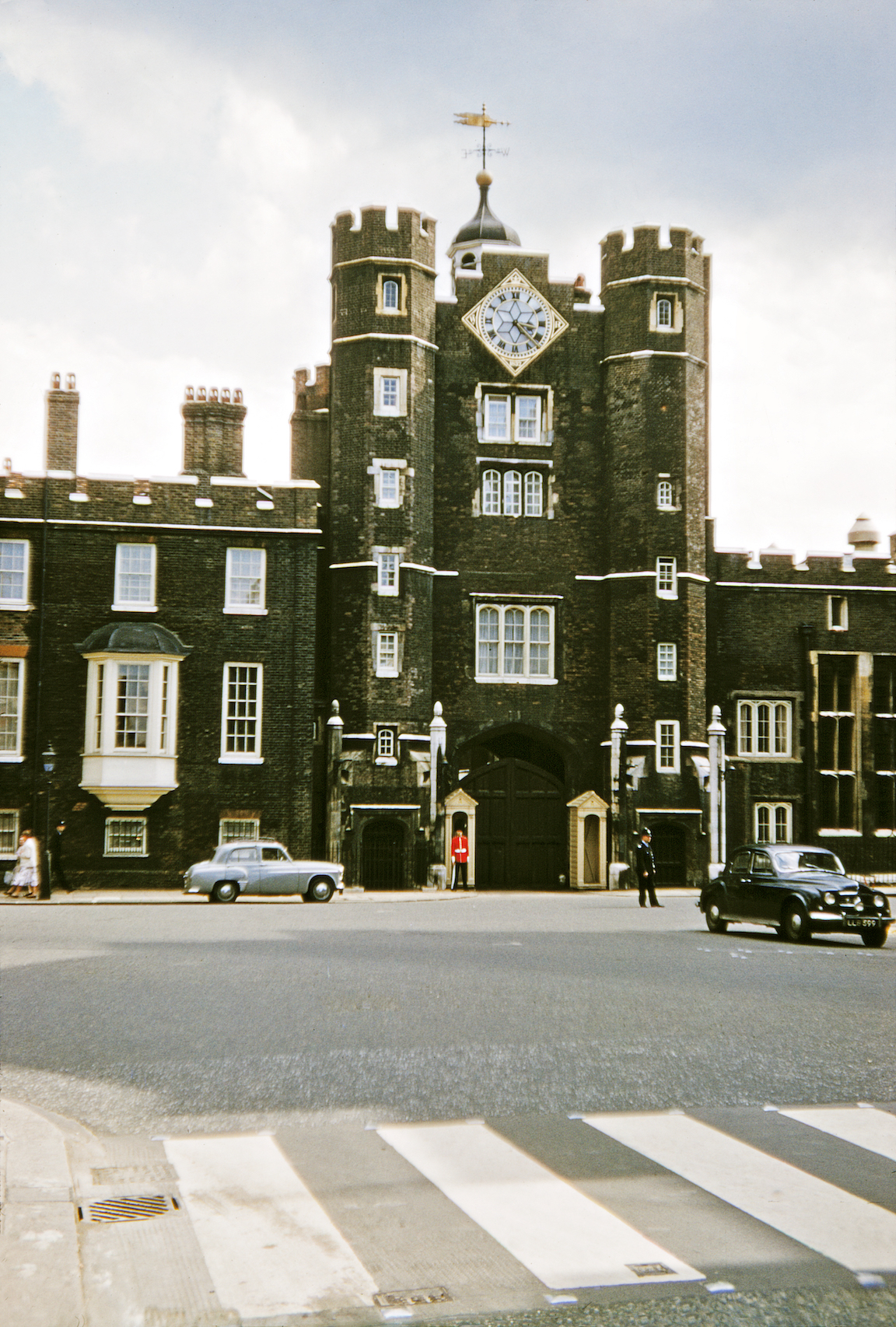 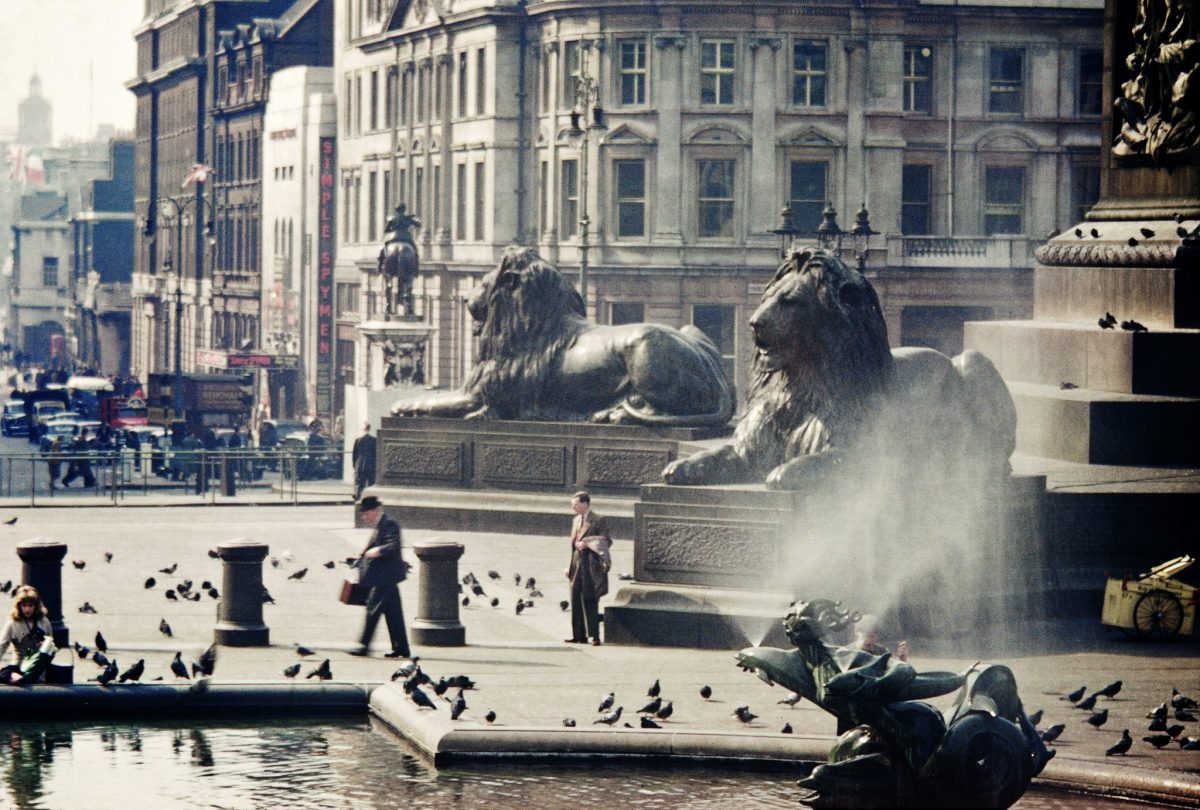 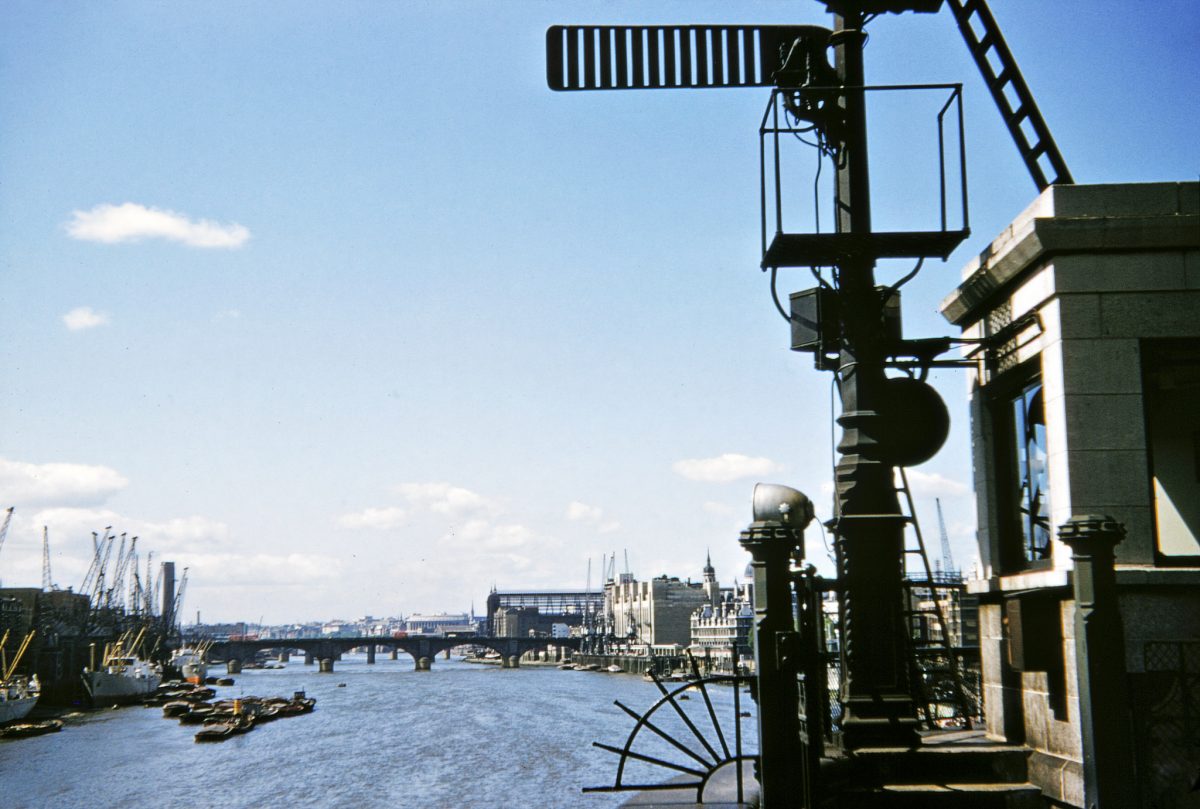 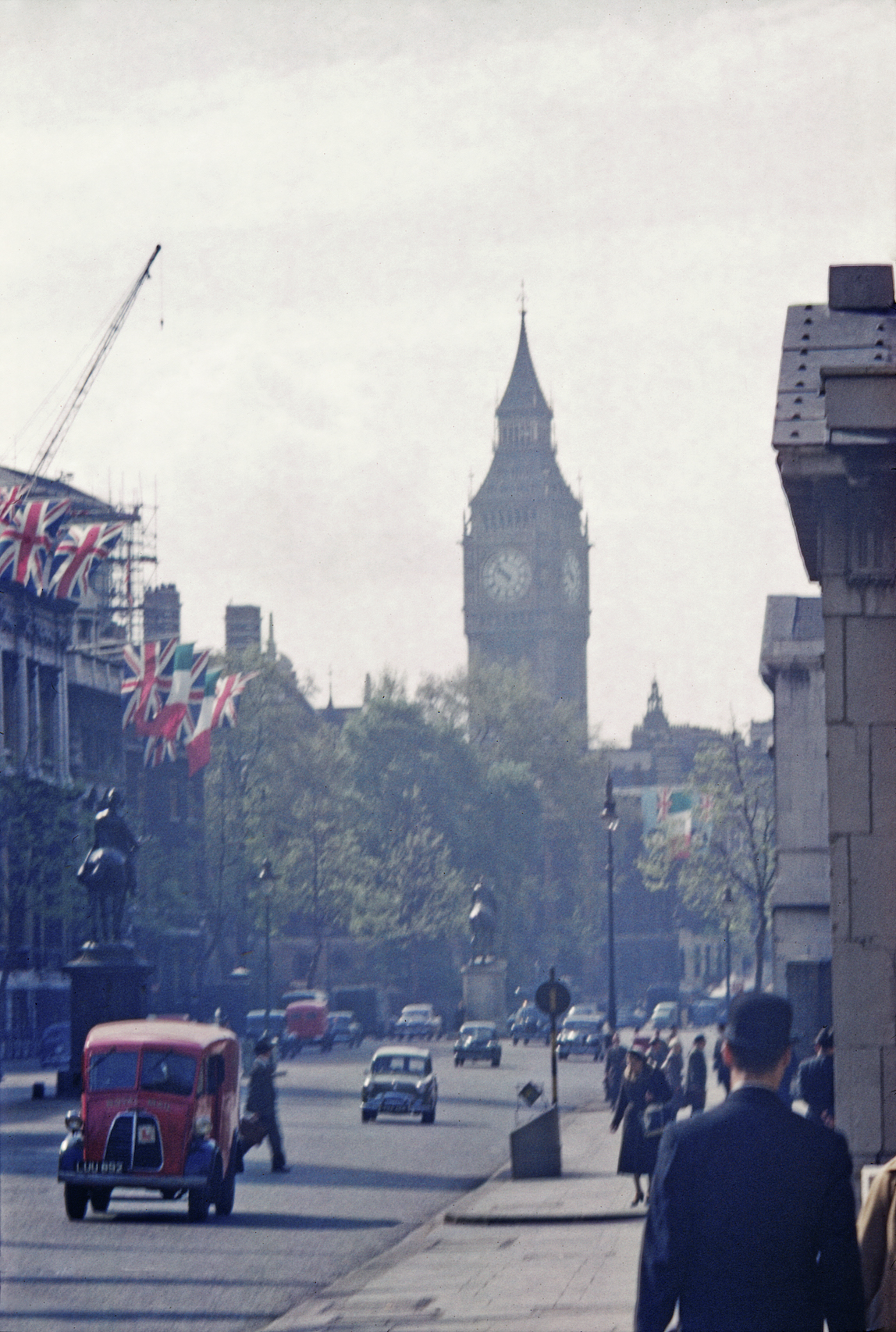 View down Whitehall from Trafalgar Square (including Big Ben), May 1958 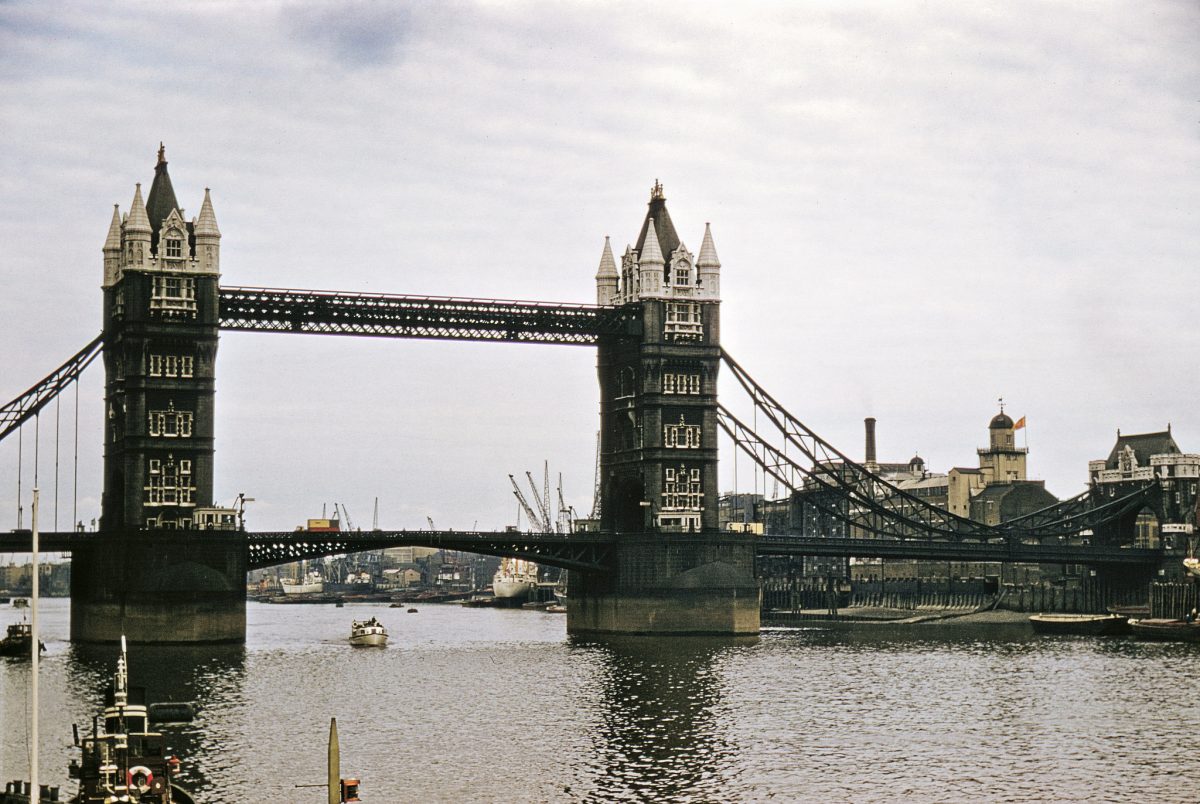 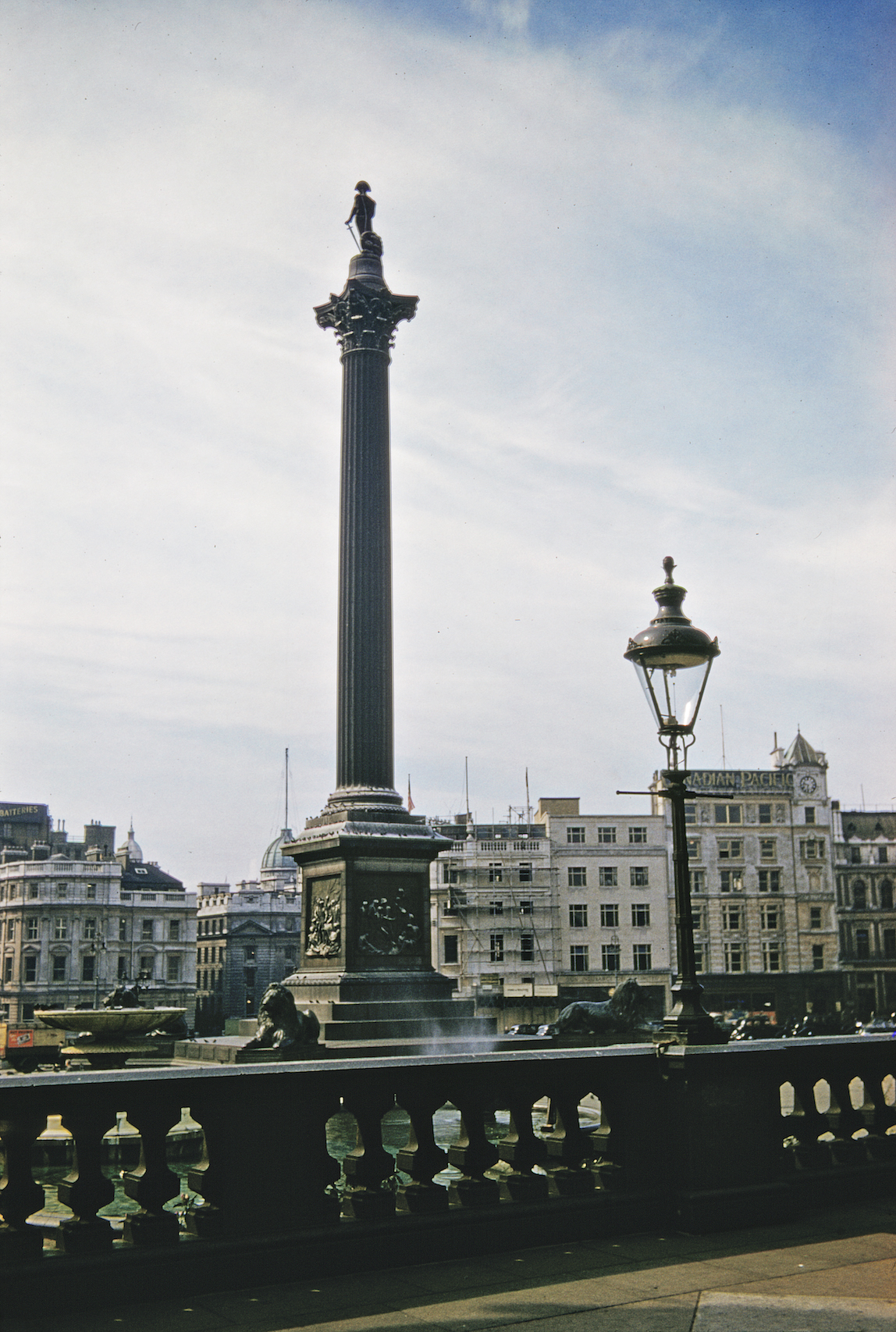 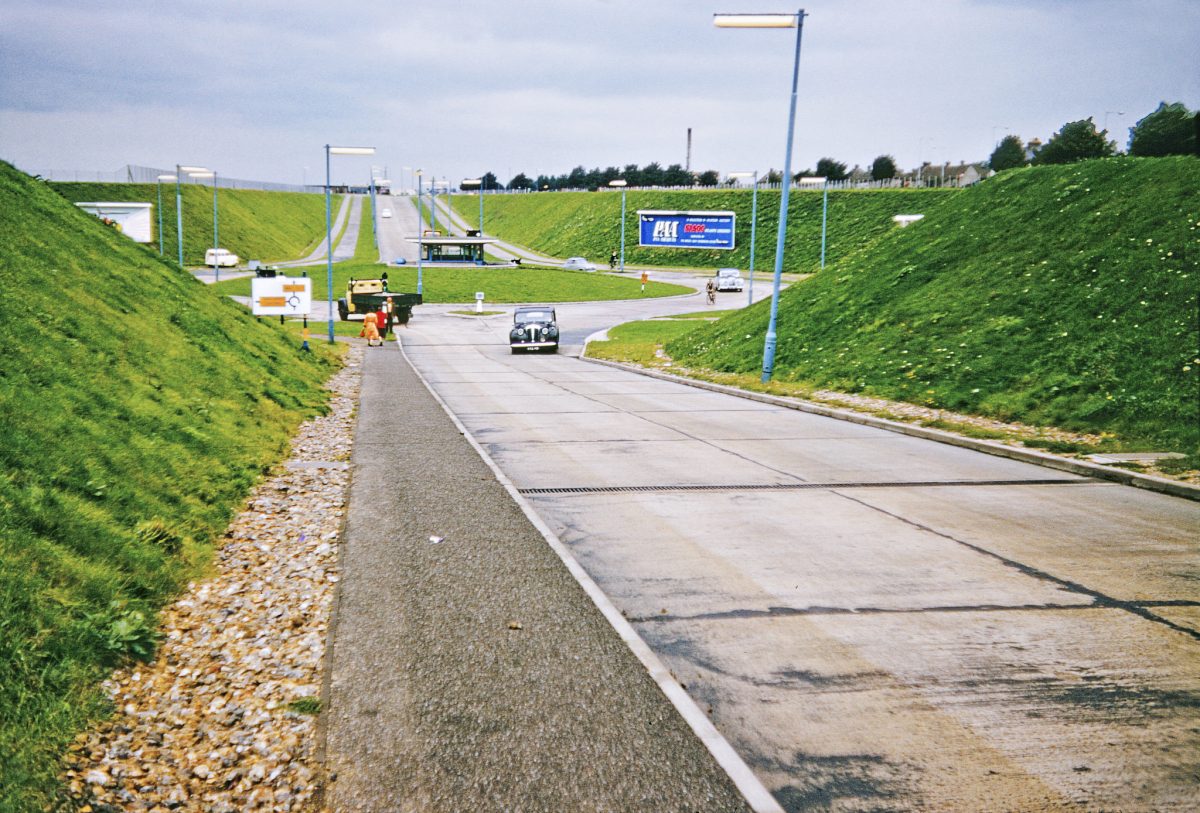