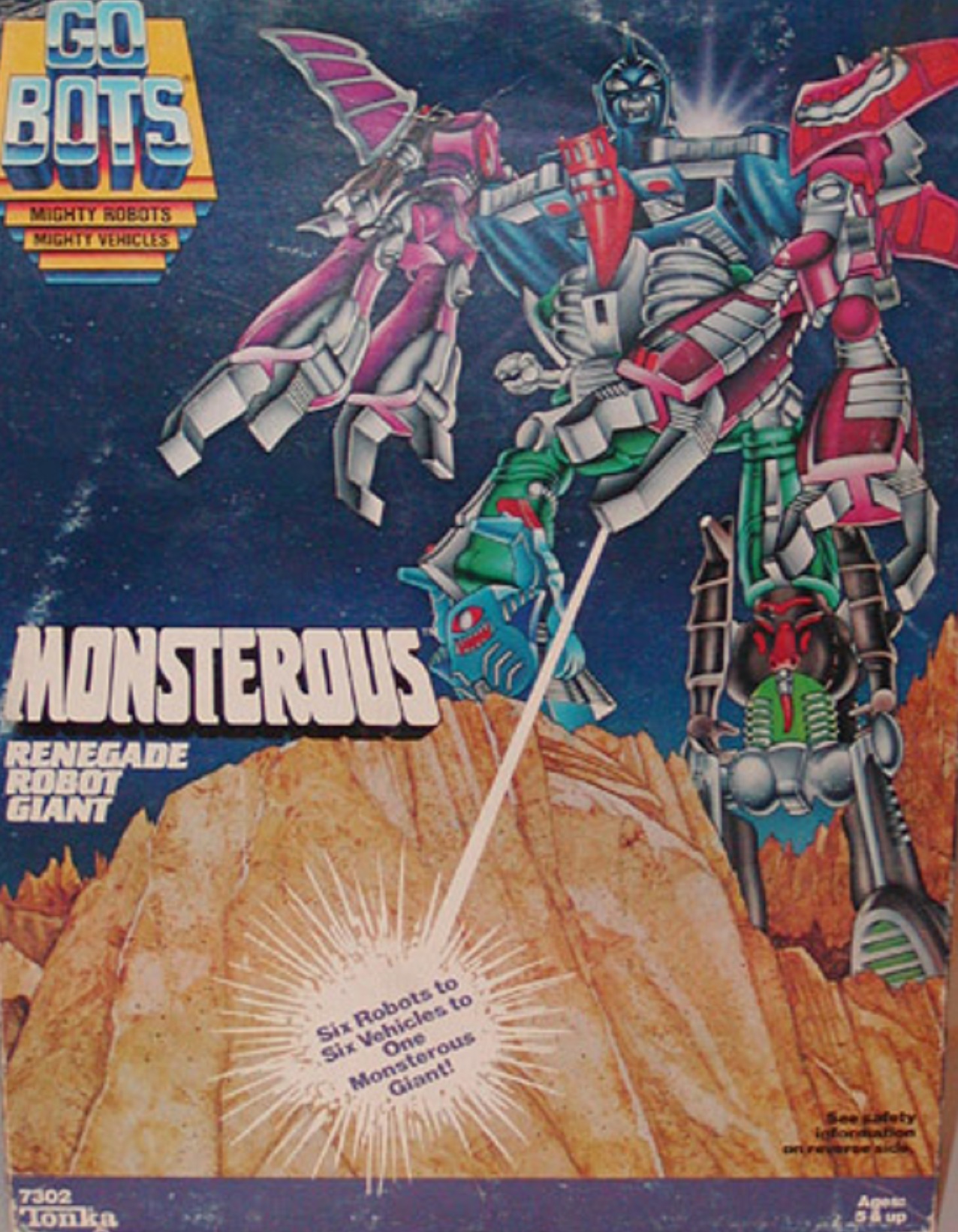 Today, everybody loves Hasbro’s Transformers toy line, but back in the mid-1980s the Autobots had mechanical, transforming competition…from Tonka’s Gobots (“Mighty Robots/Mighty Vehicles.”)

Like the Autobots of Cybertron, the Gobots had two opposing teams: Guardians (the good guys) and Renegades (the bad guys).

And for a while, the Gobots even had their own TV show: Challenge of the Gobots.

One of the weirdest and most wonderful toys from the 1980s Gobot catalog is the (notably misspelled…) “Monsterous,” a large-scale combiner, consisting of six Gargoyle-like Gobot villains. 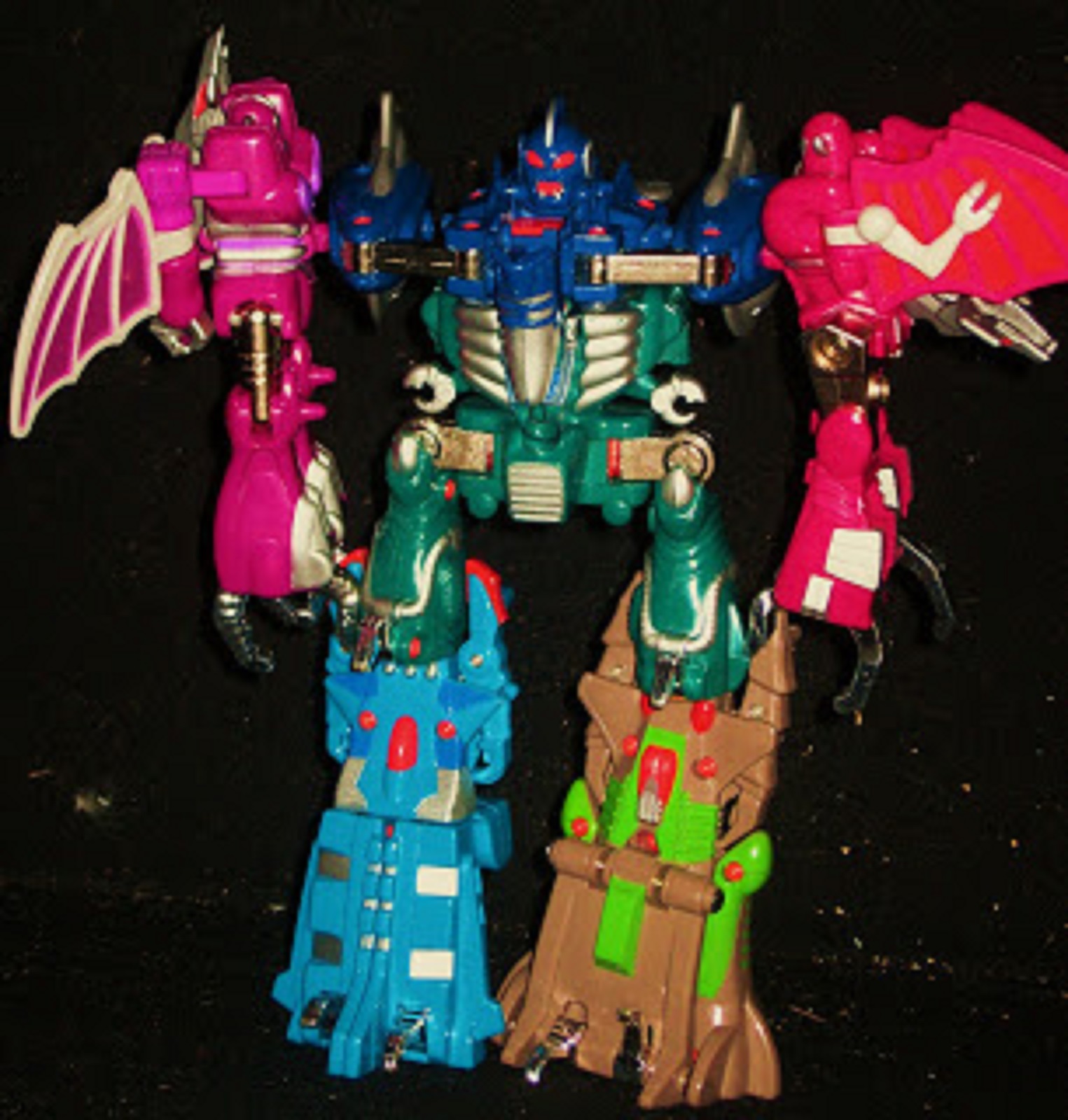 The toy box describes Monsterous as a “Renegade Robot Giant.”    It also notes a bit about his shapes/abilities: “Six Robots to Six Vehicles to One Monsterous Giant!”

And where did Monsterous hail from, at least in terms of Gobot mythology?

The box had an answer there too.  “Out of the depths of the Antares Solar System arises a band of six renegade monsters.”

The story continued: “Apart, they’re awful. Together, they’re: Monsterous, a Renegade Robot giant that’s more gruesome than the evilest being alive. Their mission is destruction…The starting point is Earth!”

The six individual Renegades that convert into the Monsterous being are: Weird Wing, South Claw, Heart Attack, Gore Jaw, Fangs, and Fright Face. 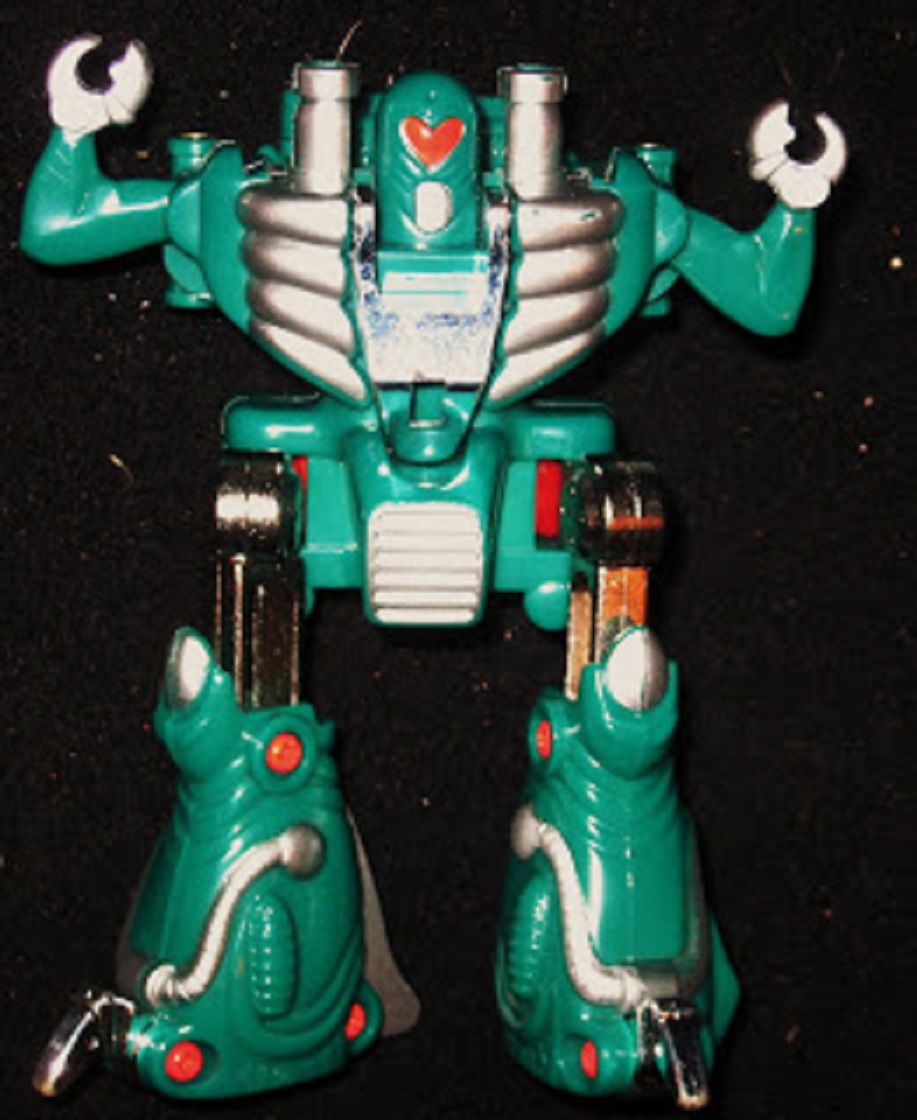 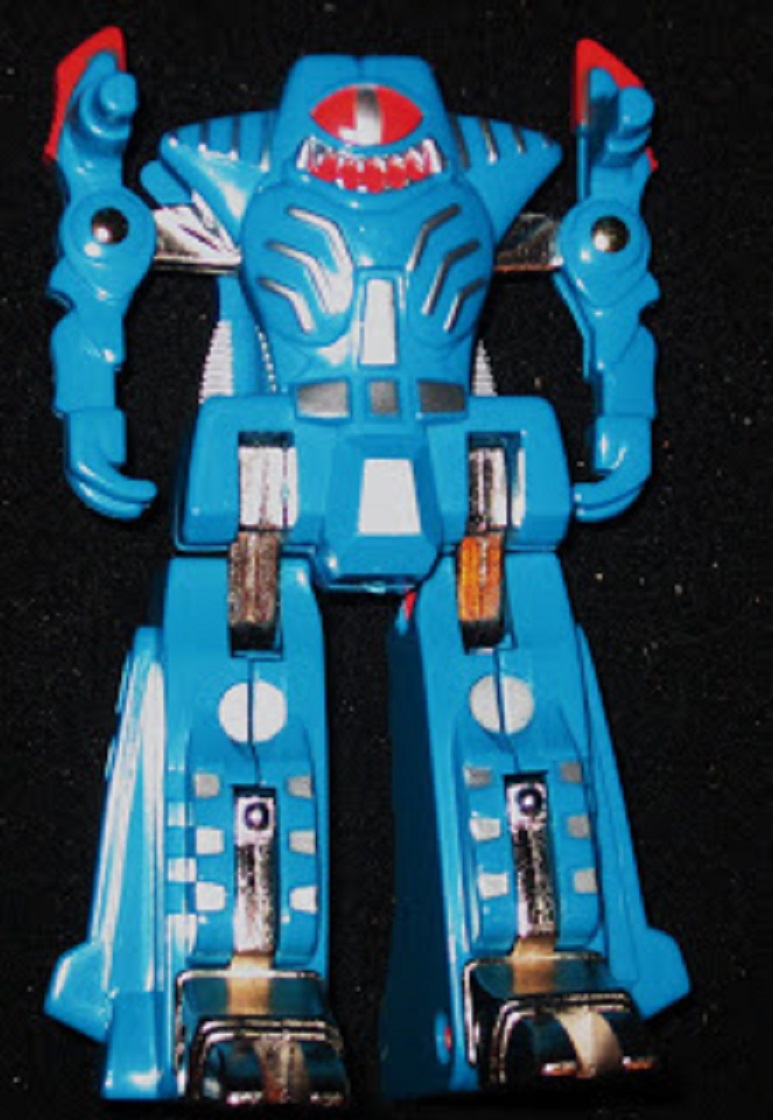 When combined (with Fright Face at the top of the heap), these ghoulish beings form the monster you see in this post: a very colorful and fanciful-looking creature, by any definition.

Relatively few combiners were made for the Gobot line –namely the Renegade Puzzler and the Power Suit Combiners — so Monsterous is a unique collectible.

He certainly doesn’t look quite like your typical Gobot, either since he doesn’t resemble terrestrial automobiles.

And in his original Japanese incarnation he was ominously known as Satan 6.