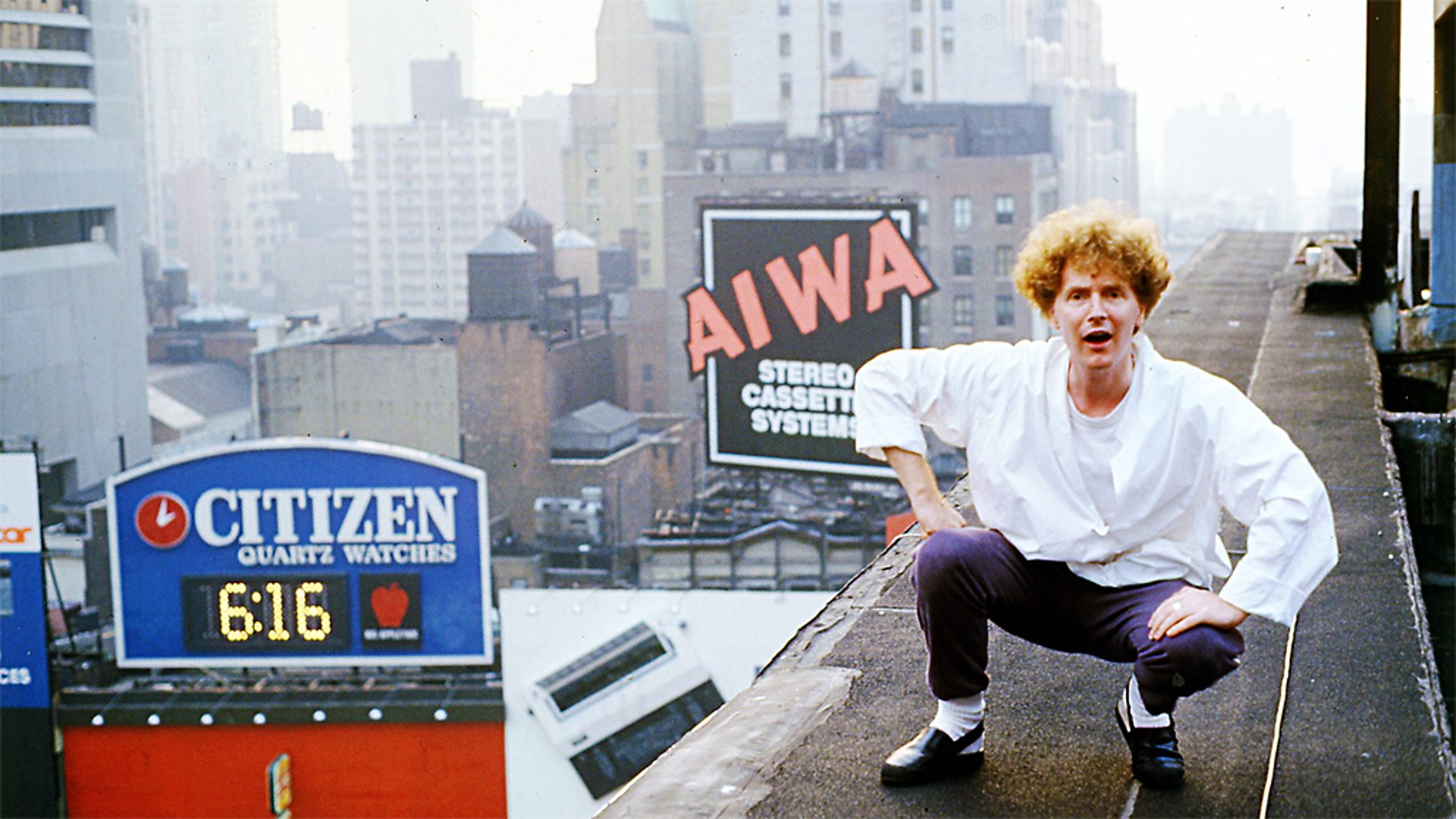 Beat This: A Hip Hop History is an hour-long documentary broadcast by BBC in its Arena strand in 1984 and directed by Dick Fontaine (who I interviewed for my Goldie book back in the early 00s).

In one section Malcolm McLaren talks about his August 1981 introduction to Afrika Bambaataa’s Zulu Nation in the south Bronx.

It was Holman who took McLaren and his management partner Rory Johnston to Bambaataa’s block party and was instrumental in Bambaata and the Rock Steady Crew being booked to open for McLaren’s charges Bow Wow Wow at The Ritz in the old Webster Hall Ballroom in the East Village in September 1981.

This is seen as a pivotal point in the development of the musical form as a mass phenomenon. It also signalled McLaren’s tiring of the routine of managing a pop act, as hip-hop fired him into investigating indigenous music from around the world and compacting them into his masterful Duck Rock album.

Sandwiched between links rapped by Imhotep Gary Byrd, McLaren recounted to a group of hip-hop fans how the visit to the Zulu Nation changed his life.

Now with hip-hop on his lip

How he went to the Planet Rock

And came back to Britain in future shock

Though he thought punk was the top

He found the groove…in hip hop.

I was working with a group called Bow Wow Wow and I was over there because they were signed to RCA Records and I was looking to put them on in a hall in Manhattan somewhere. The terrible thing was that I was really stuck for a responsible and exciting opening act. And there was nothing happening in New York at all and a friend of mine introduced me to a guy who I met on the street somewhere down on 5th Avenue who told me about an incredible scene that was happening not in Manhattan but in the suburb known as the South Bronx.

He said if I liked I could come down on a Saturday night where they were holding a big party and see something that couldn’t possible have ever existed in England.

I decided to pitch up with him on Saturday night. Upon arriving at the party – unbeknown to me, I thought it was going to be inside a house but it was actually outside in the open, in a wasteland surrounded by these huge fired-out condominiums – there in the midst of it was about a thousand kids. I was very worried, being the only white guy there and the cab driver had given me the signal that I should put my dollars in my socks.

Nevertheless I escorted myself across the road with this guy and made my way through the crowd, pushing and shoving until I got to where the music was coming from in front of these two decks and shook hands with this huge fat guy who later became known to me as Afrika Bambaataa. I witnessed various young kids popping in and out among the decks and messing with the records.

It was extraordinary. As far as I could see the sound coming out was totally inarticulate, a load of rough noises, noises that sounded a little like a guitar but sort of like a concrete chisel sound, right? And I realised the sound came from the way they were messing around with their hands on the decks, moving records backwards and forwards, moving back and forth between the two.

In fact, it was making music out of other people’s music.

As time went on – and I stuck around for an hour or so – the crowd were extremely volatile and  at times jumping into pitched battles. At one point or another, the crowd would move to the sides and a group of kids would start freaking out, doing incredible, gymnastic dancing.

What McLaren saw was called hip-hop

Energy in motion you could not stop

Demanding all your imagination

Visit Michael Holman’s site here – there is a fascinating 2008 interview with Holman by Jarrell Mason which starts here.

Imhotep Gary Byrd is the award-winning host, creator, and executive producer of The GBE and continues to broadcast here.