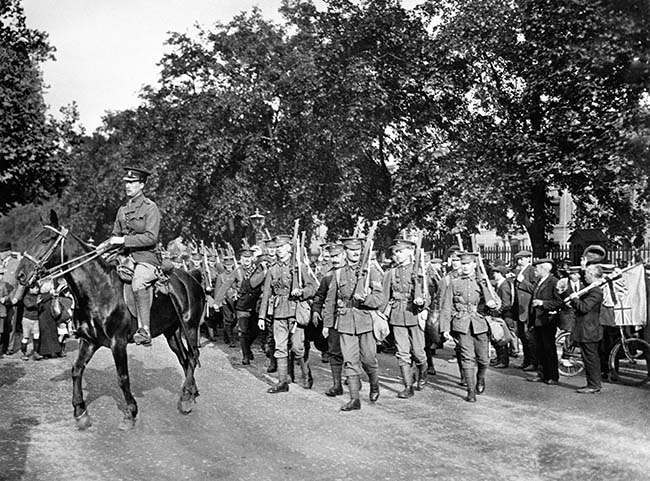 ON August 4, 1914, Germany invaded Belgium. In response, the United Kingdom declared war on Germany. In a Treaty of 1839, Britain had promised to defend Belgium.

“For a scrap of paper, Great Britain is going to make war?” said the amazed German Chancellor Bethmann-Hollweg.

At once, the Government took control of all railways. Admiral Jellicoe was placed  in supreme command of the Home Fleets. The King declared:

“At this grave moment in our national history I send to you and, through you, to the officers and men of the fleets, of which you have assumed command, the assurance of my confidence that under your direction they will revive and renew the old glories of the Royal Navy, and prove once again the sure shield of Britain and of her Empire in the hour of trial.”

Germany was now at war with the UK, Russia, France and Belgium. Germany had grand plans; ambitions triggered by the event in Sarajevo on June 28, 1914, when the heir to the throne of Austria-Hungary, Archduke Franz Ferdinand, was assassinated. 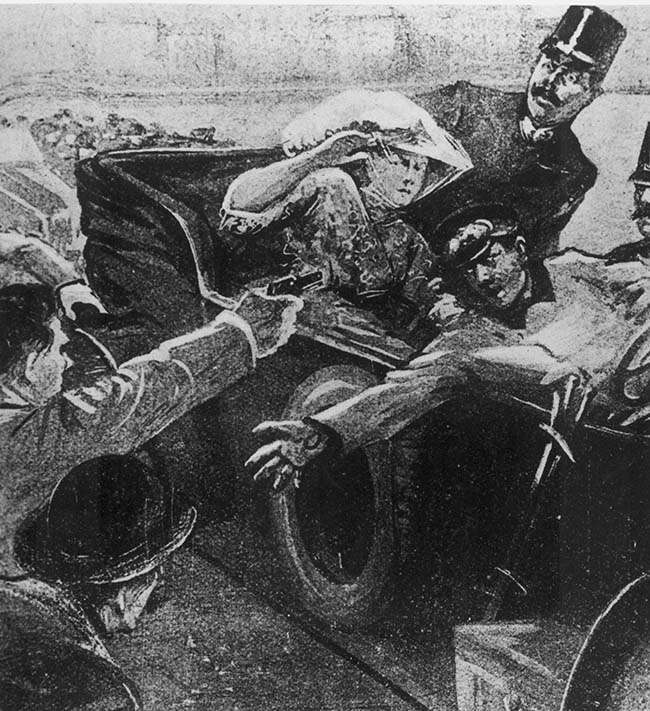 Photo: An artist’s rendition shows the assassination of Archduke Franz Ferdinand of Austria-Hungary and his wife, Czech Countess Sophie Chotek, during their visit to Sarajevo, Bosnia, on June 28, 1914. The assassin, Serbian nationalist Gavrilo Princip, left, of the group Black Hand, was captured.

Prime Minister Herbert Henry Asquith made a speech. The King of Belgium had made a call for help.

“Simultaneously, we received from the Belgian Legation in London the following telegram from the Belgian Minister for Foreign Affairs: ‘The General Staff announce that territory has been violated at Verviers, near Aix-la-Chapelle. Subsequent information tends to show that a German force has penetrated still further into Belgian territory.’

“…we cannot regard this as in any sense a satisfactory communication…

“We also received this morning from the German Ambassador here a telegram sent to him from the German Foreign Secretary: ‘Please dispel any distrust that must exist on the part of the British Government with regard to our intentions by repeating, most positively, the formal assurance that, even in case of armed conflict with Belgium, Germany will not, under any pretence whatever, annex Belgian territory. Please impress upon Sir Edward Grey that the German Army could not be exposed to a French attack across Belgium, which was planned according to absolutely unimpeachable information’…

“I have, to add this on behalf of the Government: we cannot regard this as in any sense a satisfactory communication. We have, in reply to it, repeated the request we made last week to the German Government that they should give us the same assurance with regard to Belgian neutrality as was given to us and to Belgium by France last week. We have asked that a reply to that request and a satisfactory answer to the telegram of this morning, which I have read to the House, should be given before midnight.” 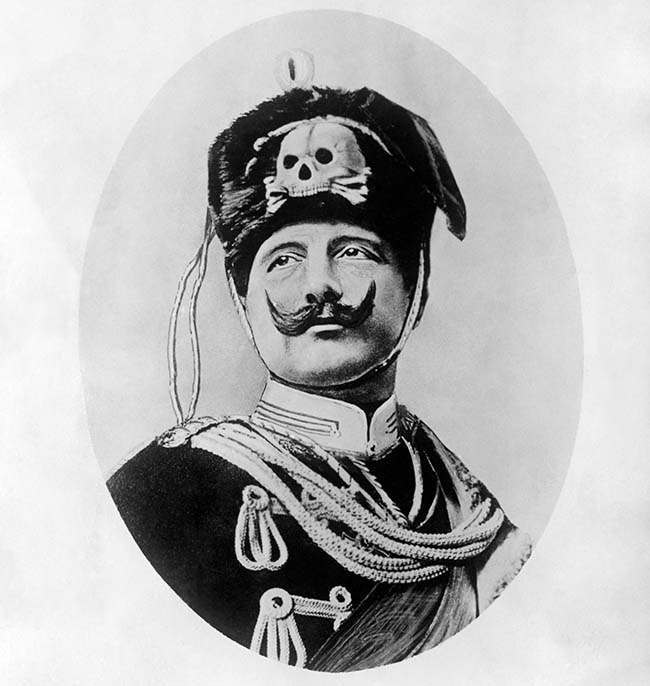 Photo: Kaiser Wilhelm II as the ‘new King of the Belgians’.

Viscount Edward Grey, the Foreign Secretary, famously said in 1914: “The lamps are going out all over Europe; we shall not see them lit again in our time.”

By December 1914 opposing lines of trenches extended from the English Channel to the Swiss frontier. This was hell on earth. 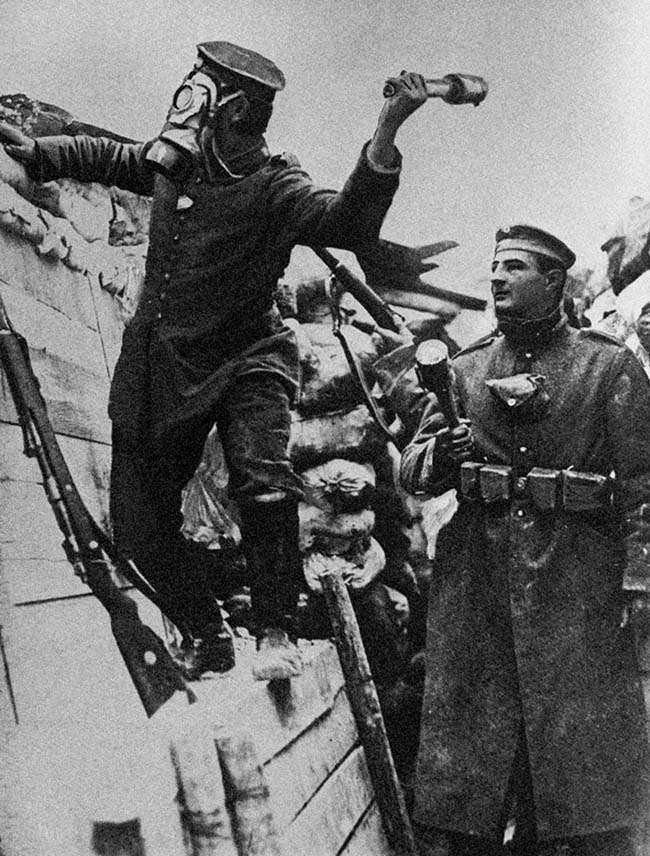 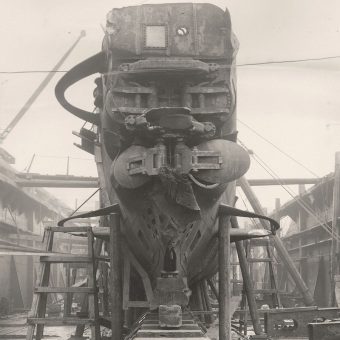 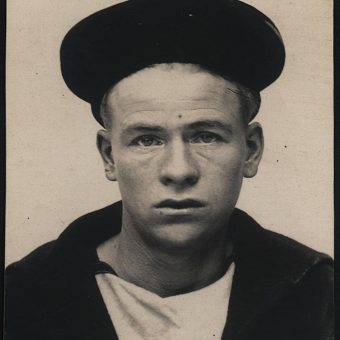 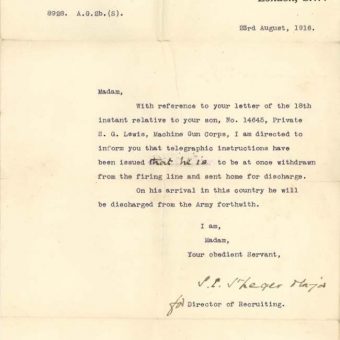 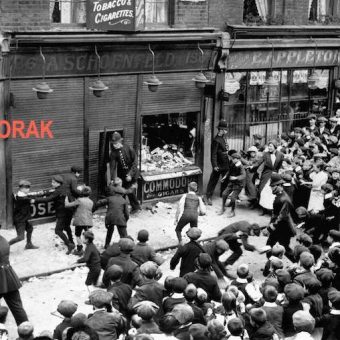