The illustrations are sublime. 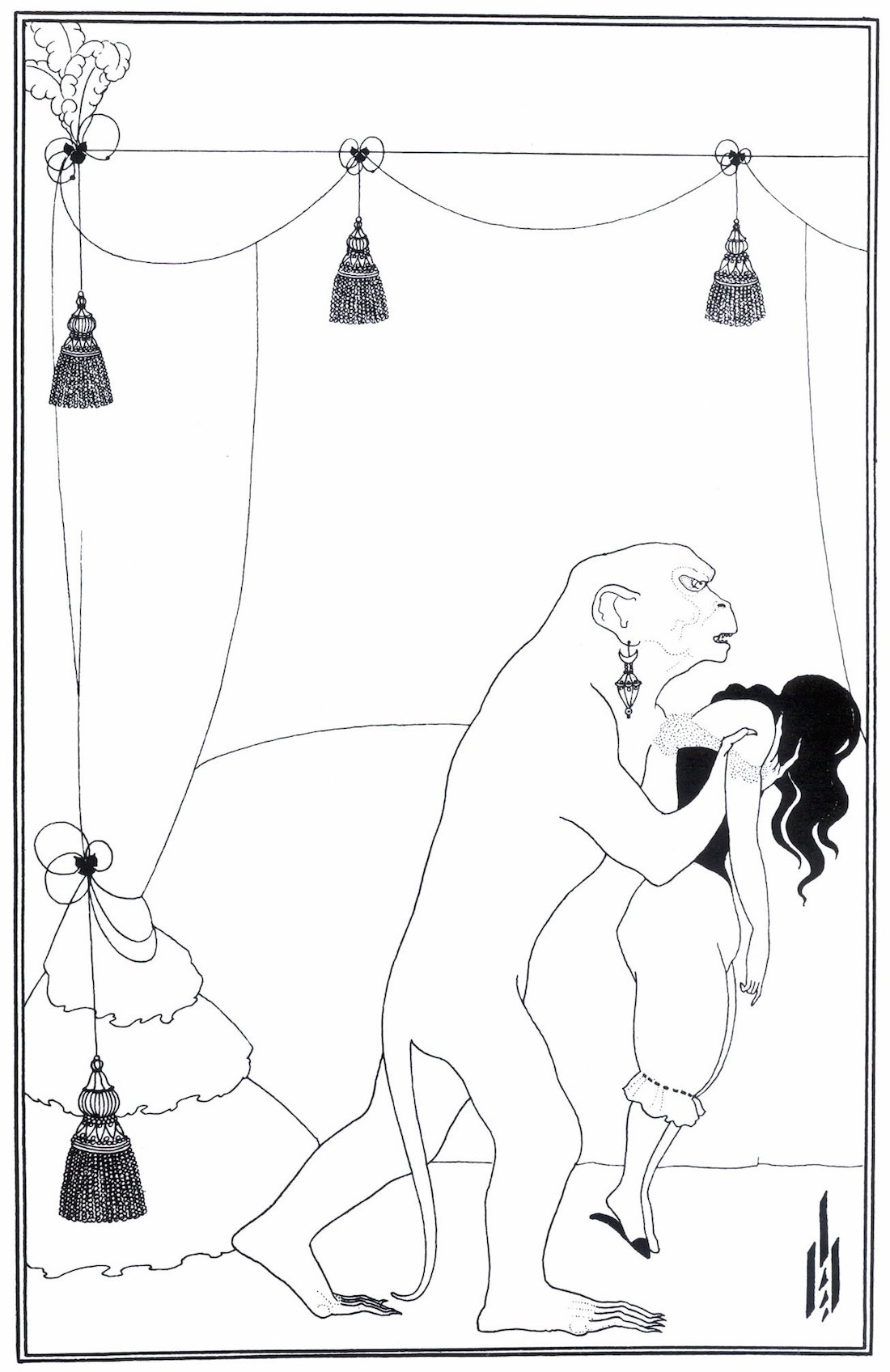 The Murders in the Rue Morgue

“Books, indeed, were his sole luxuries”
— Edgar Allan Poe, The Murders in the Rue Morgue 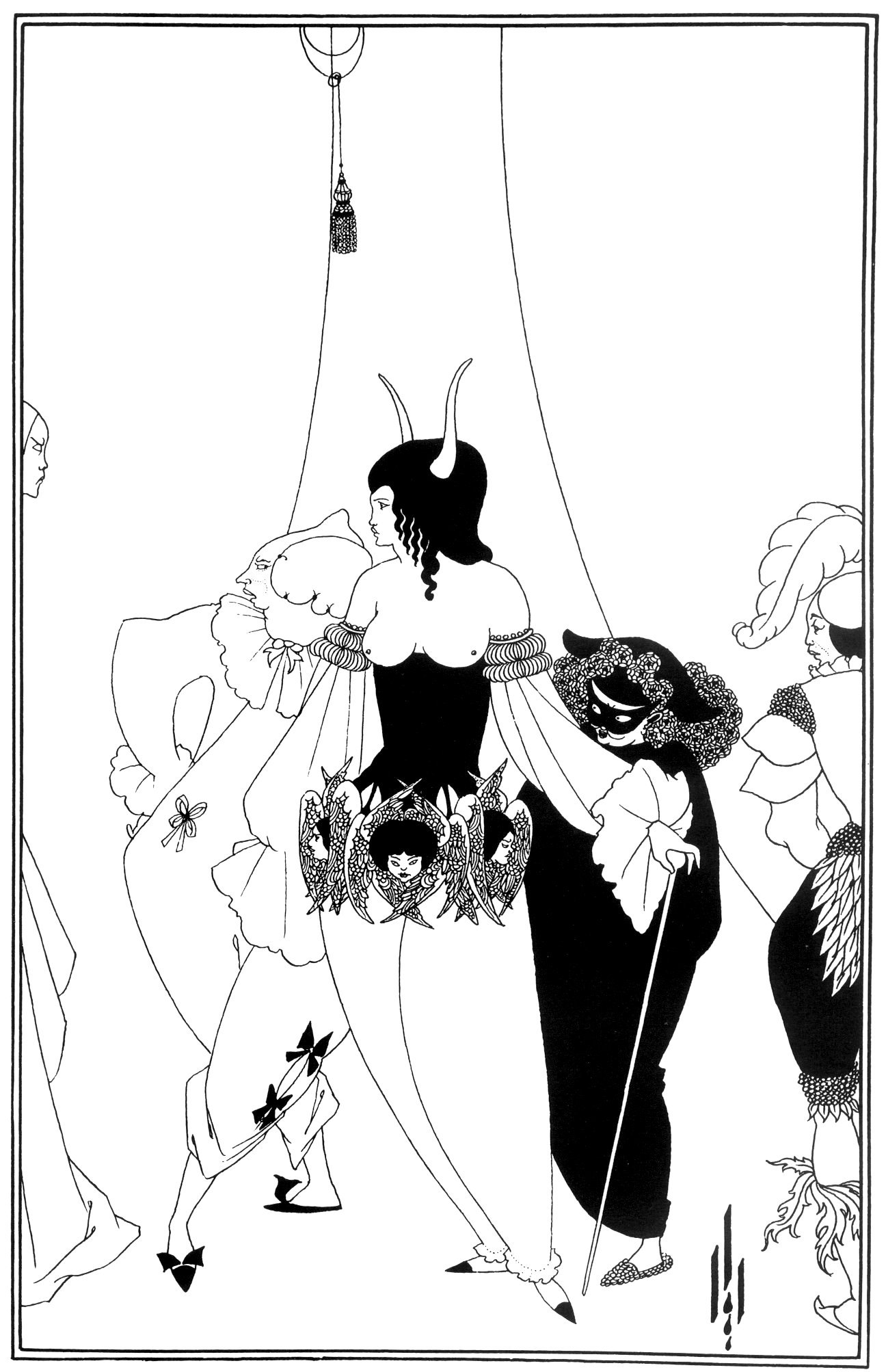 Aubrey Beardsley, The Mask of The Red Death

“And the life of the ebony clock went out with that of the last of the gay. And the flames of the tripods expired. And Darkness and Decay and the Red Death held illimitable dominion over all. ”
– Edgar Allan Poe, The Masque of the Red Death 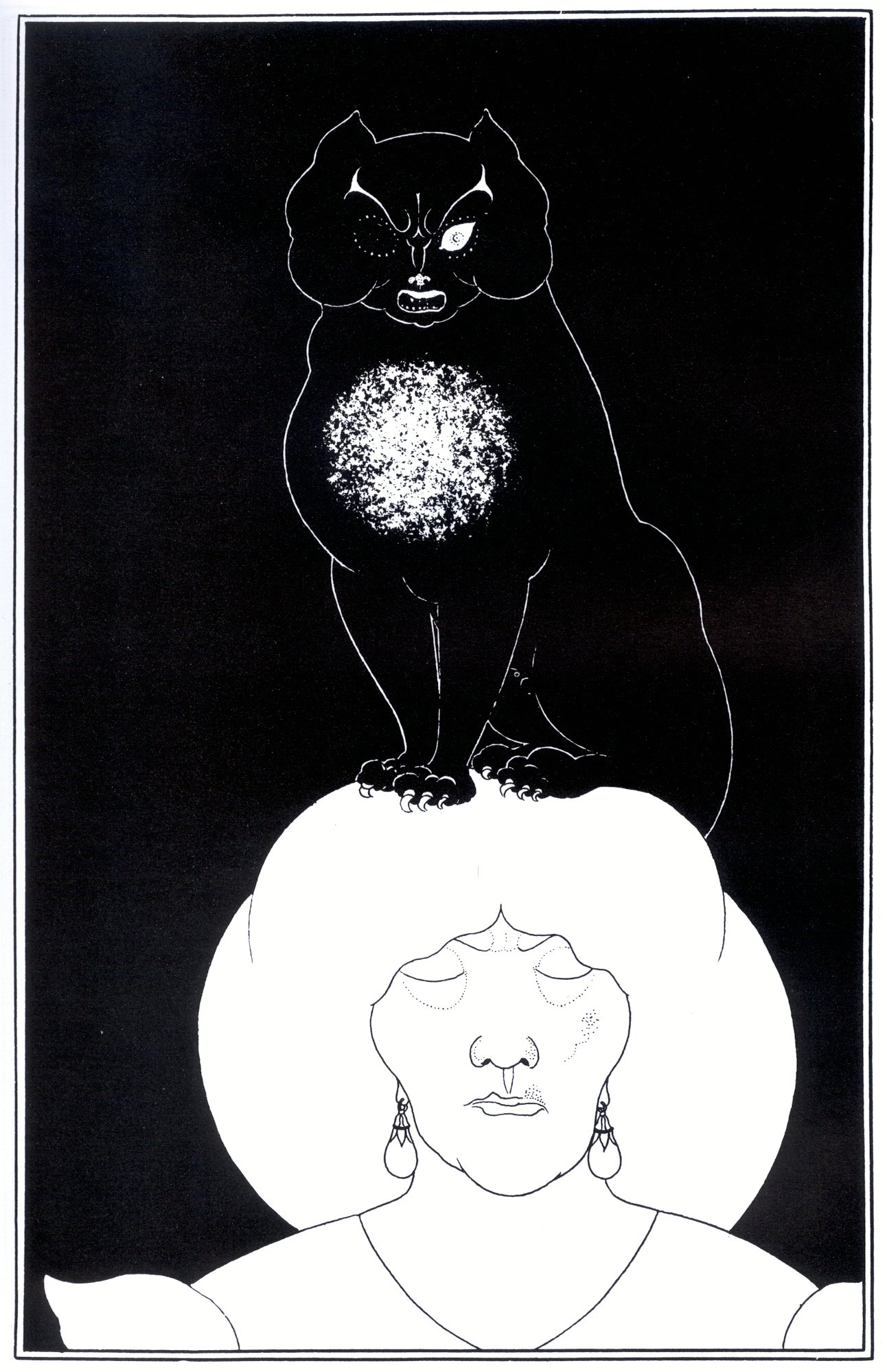 “The fury of a demon instantly possessed me. I knew myself no longer. My original soul seemed, at once, to take its flight from my body; and a more than fiendish malevolence, gin-nurtured, thrilled every fibre of my frame.”
― Edgar Allan Poe, The Black Cat 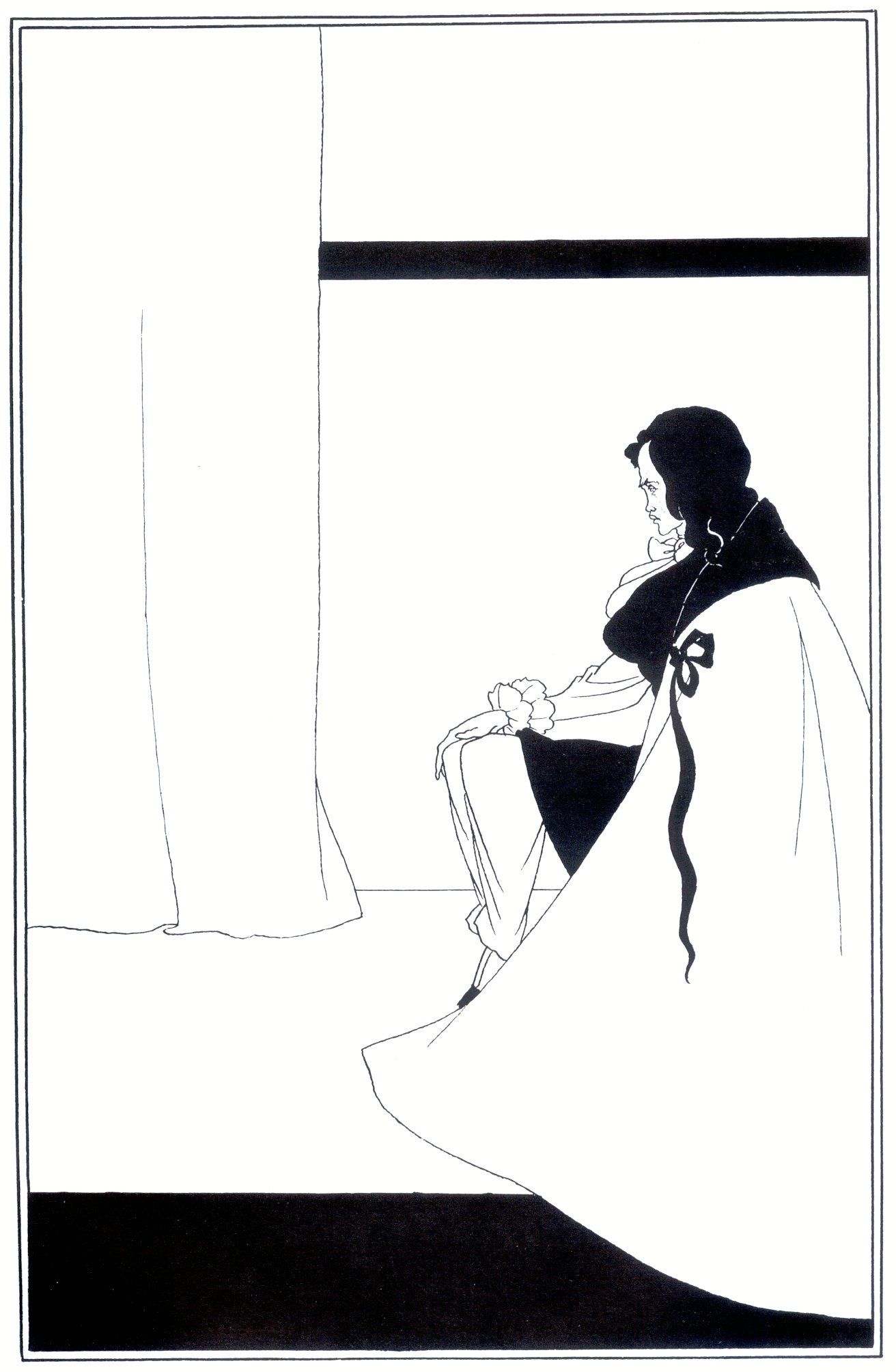 The Fall of the House of Usher

“There was an iciness, a sinking, a sickening of the heart–an unredeemed dreariness of thought which no goading of the imagination could torture into aught of the sublime.”
— Edgar Allan Poe, The Fall of the House of Usher 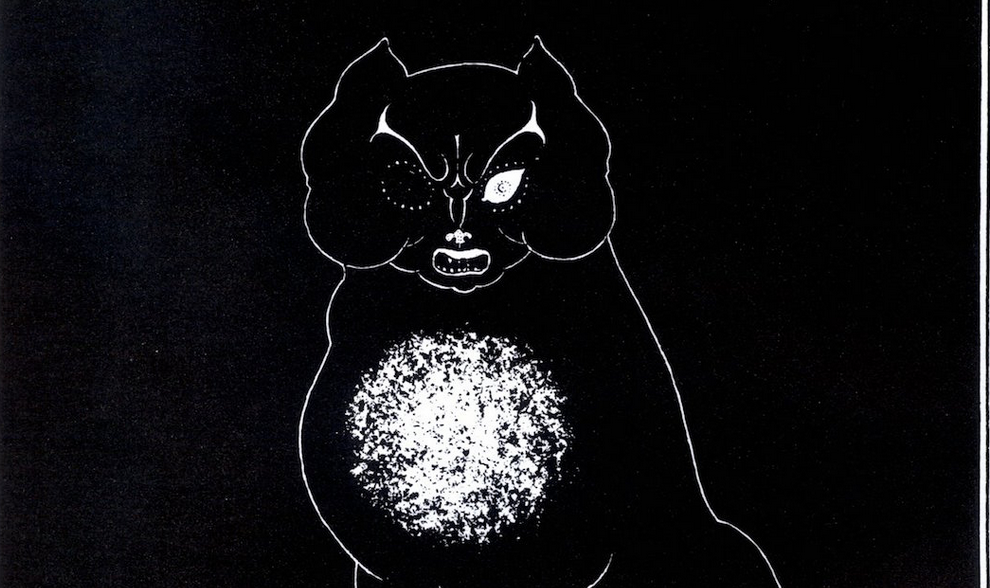 Via The Paris Review