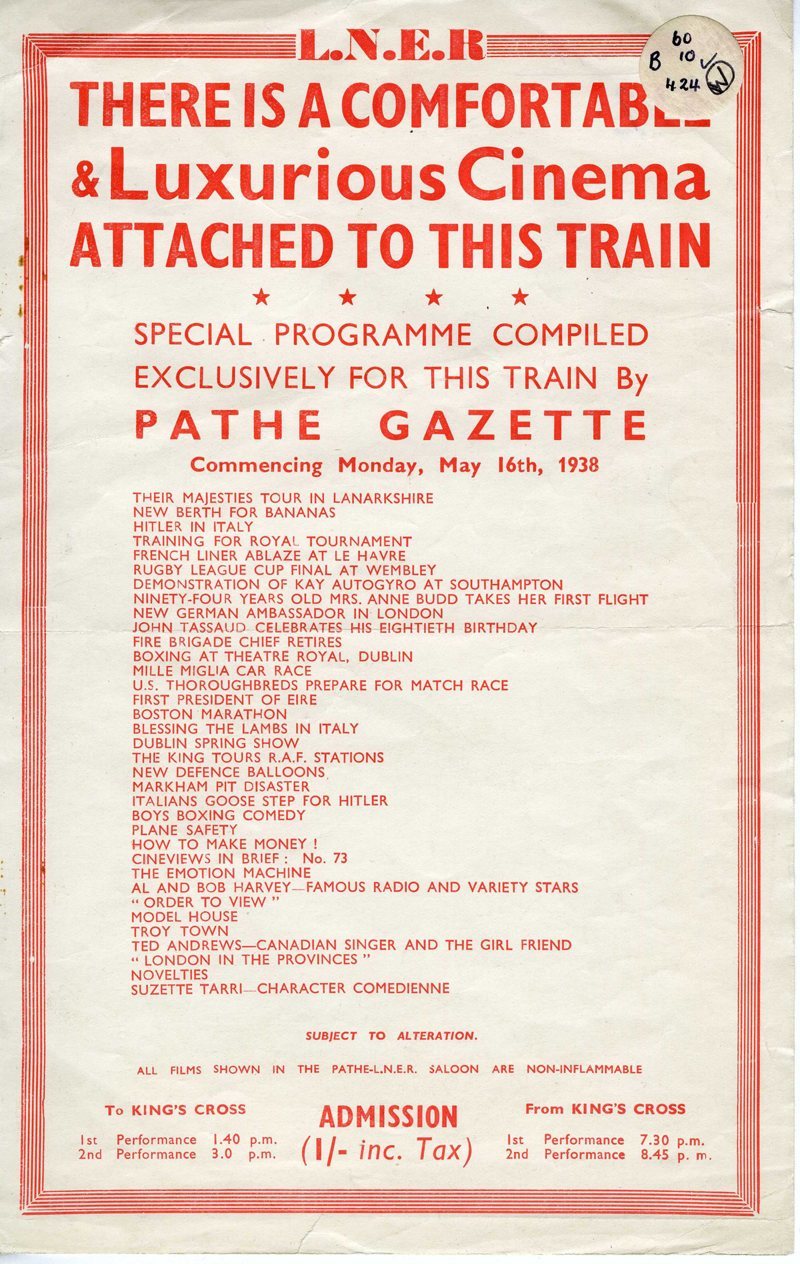 Pamphlet listing films to be shown in the Pathe Saloon Car on London and North Eastern Railway trains in and out of London. 1938 (via National Archives)

1938: A cinema attendant giving a ticket to a passenger for the Pathe cinema car, which ran on LNER trains. (Photo by Topical Press Agency/Getty Images)

Rather incredibly it’s now possible to totally relive the experience of watching the Pathé newsreels on the inaugural journey on the LNER Cinema train from Kings Cross in May 1938. It cost a shilling to watch in those days, not an inconsiderable sum back then.

Their Majesties in Lanarkshire

Demonstration of Kay Autogyro at Southampton

US Thoroughbreds Prepare For Match Race

Blessing The Lambs in Italy

How To Make Money

London In The Provinces