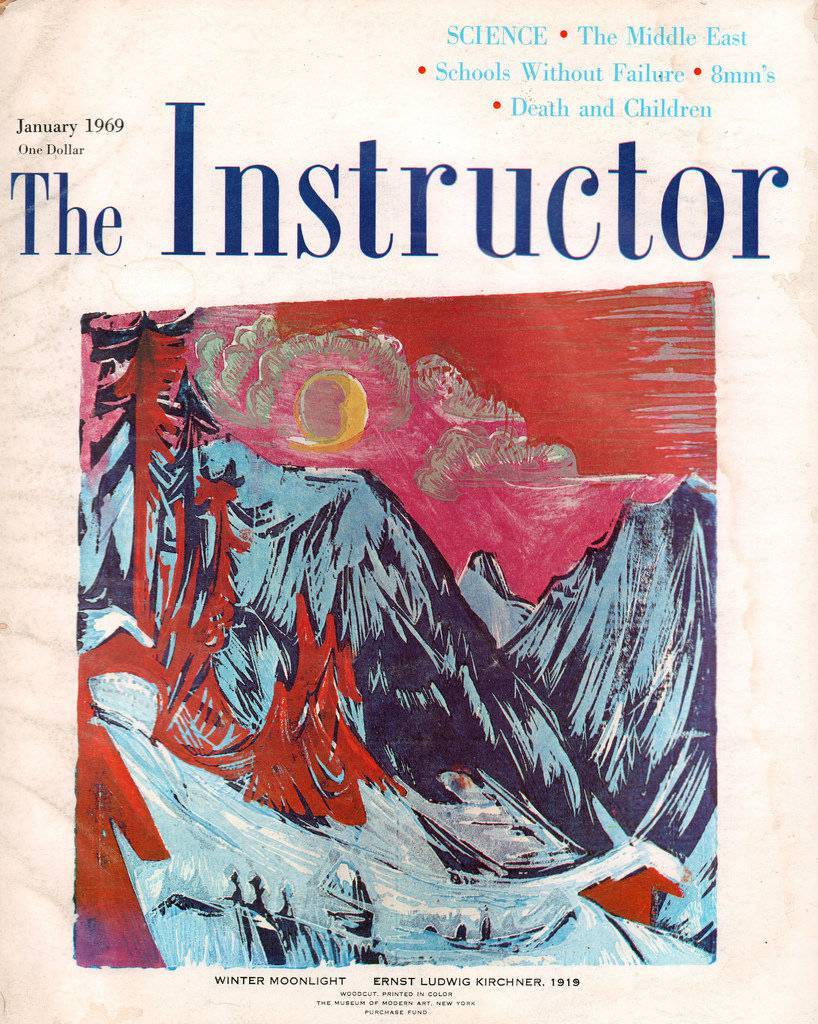 In the late 60s, education got a massive facelift – a transformation from the rigid traditional classroom to one of “no failure”, multiculturalism and lots of sex ed. Whether this was a good or bad thing is up for debate. I was in school throughout the seventies and can testify that it had its share of hippie influence, but overall I got a good education despite the flaky experiments the Boomers inflicted upon us.

Here’s a magazine from ground zero – 1969. The articles are a bit on the boring side, but the odds and ends are interesting for a glance. Let’s have a look… 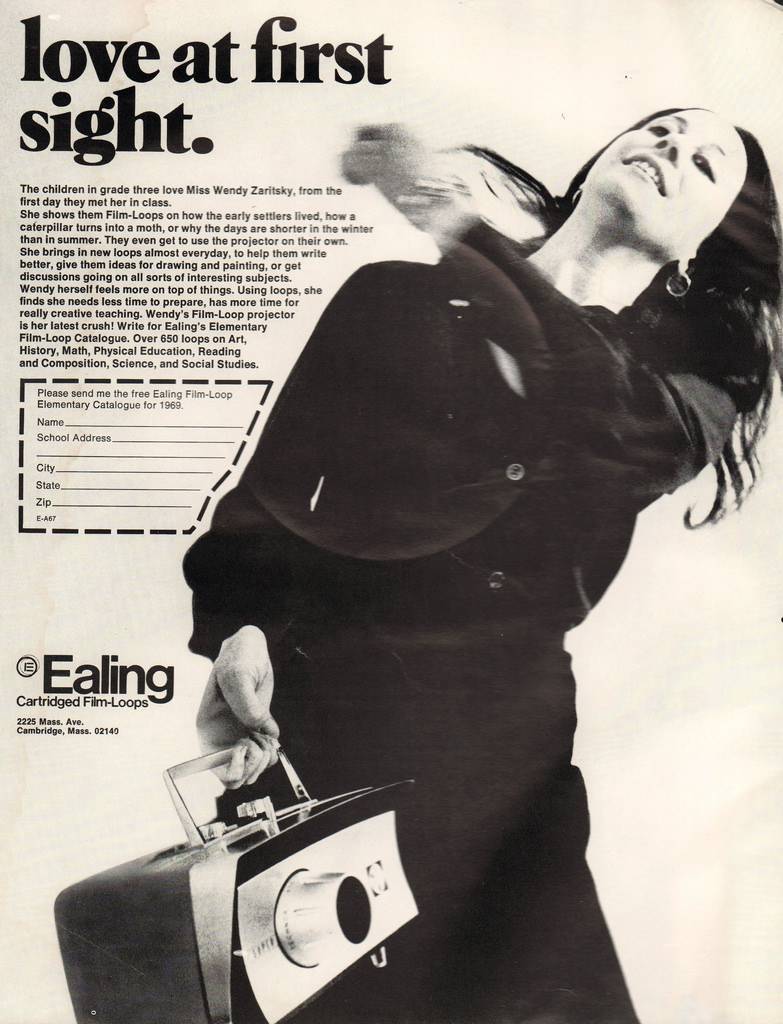 The magazine is packed with advertising for film loops. This was the high-tech thing to do before computers entered the classroom. 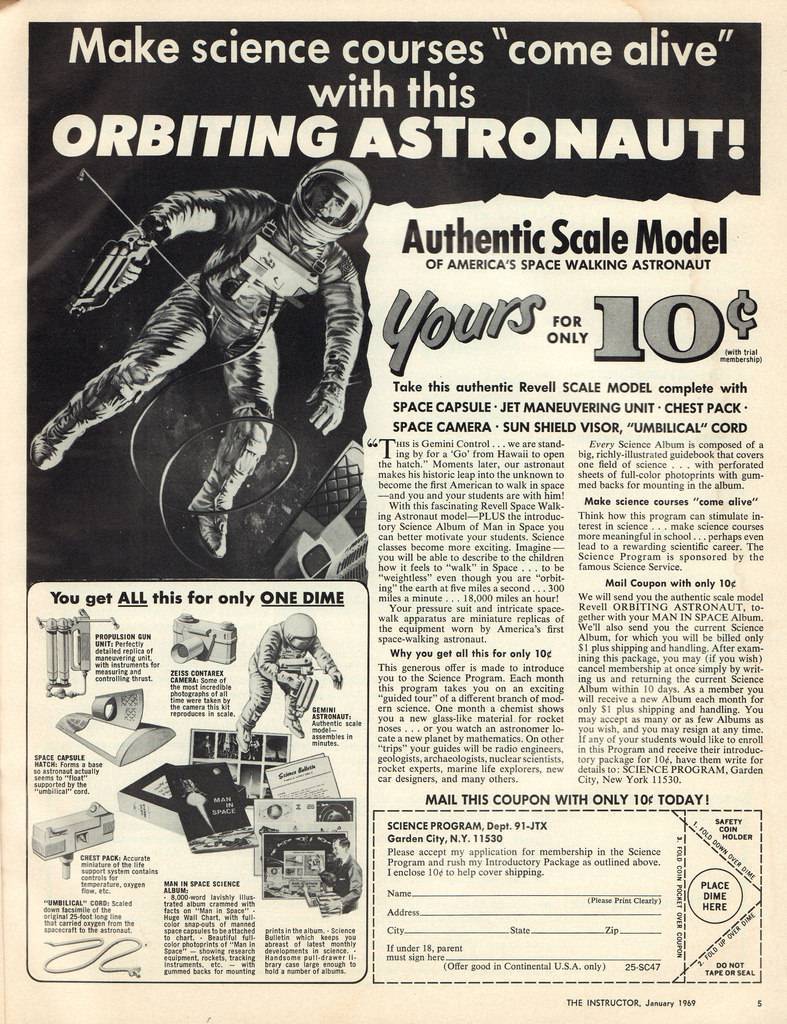 All this for only one dime? I think I smell some major league bullshit going on here. 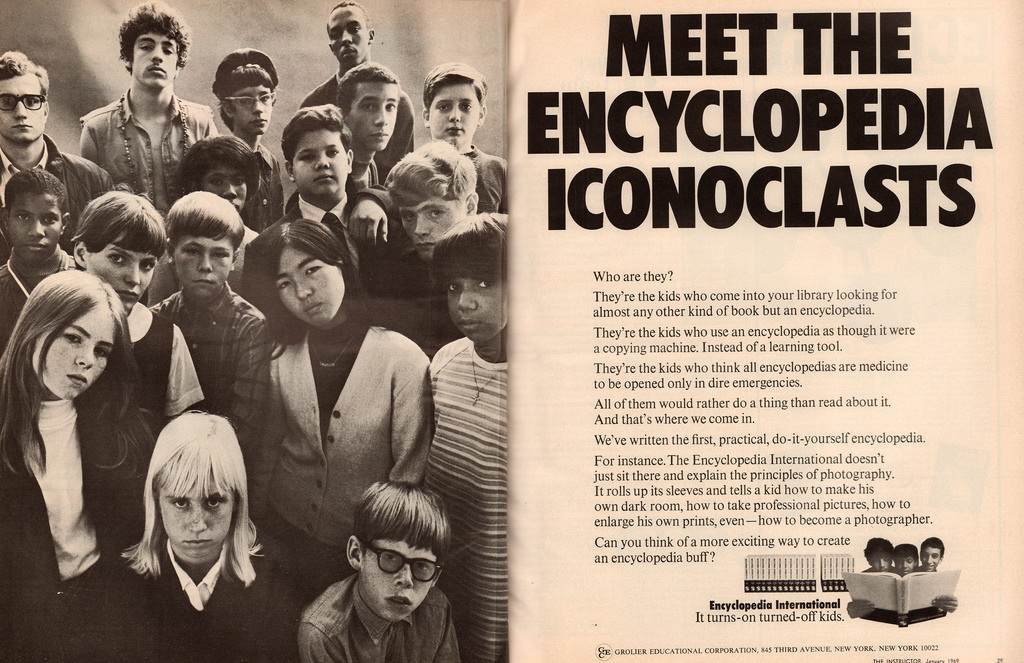 Before the internet, encyclopedias were the go-to place for quick info. It’s strange to think that kids today, who have Wikipedia at their fingertips, will never become acquainted with the encyclopedia. 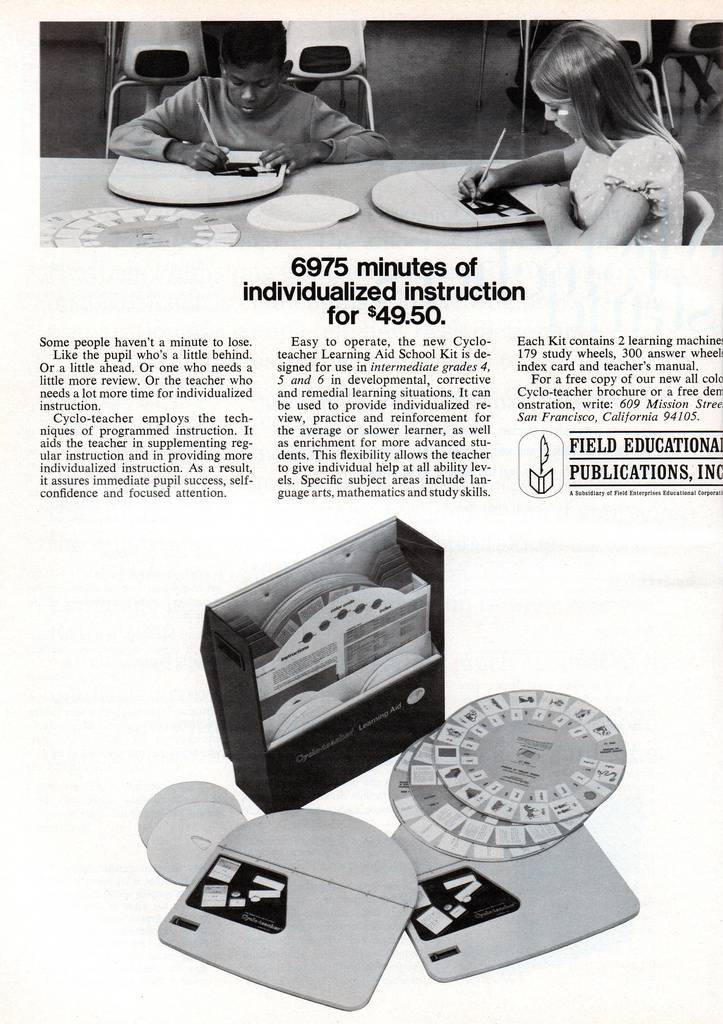 I went to a lot of different schools as an air force brat, and they all had different gimmicky alternatives to traditional learning. My absolute worst was the SRA…. oh, to be a brown or turquoise level reader. 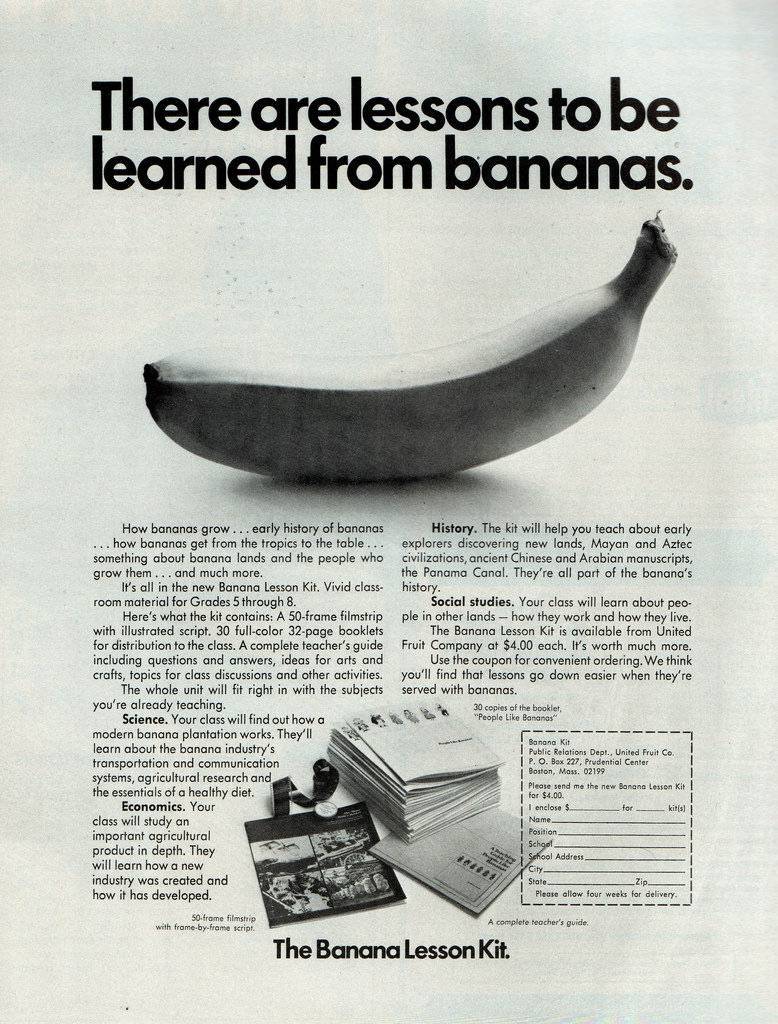 An entire course of study revolving around the humble banana. 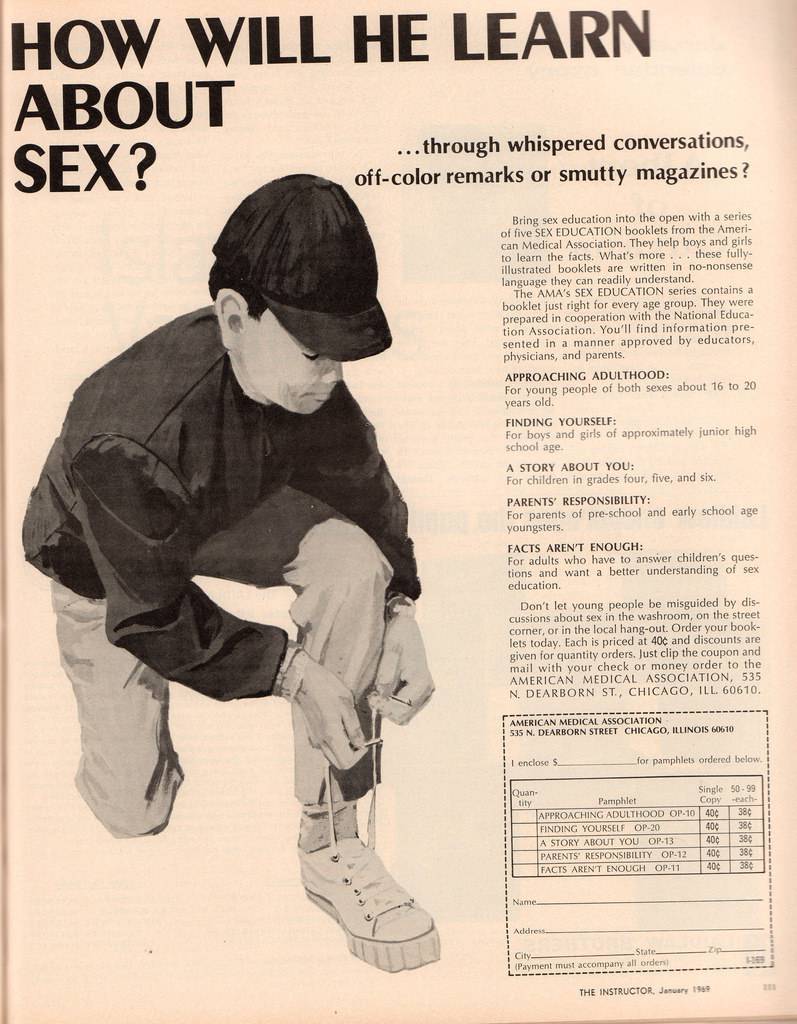 “How will he learn about sex? … through whispered conversations, off-color remarks or smutty magazines?… Don’t let young people be misguided by discussions about sex in the washroom, on the street corner, or in the local hang out.” 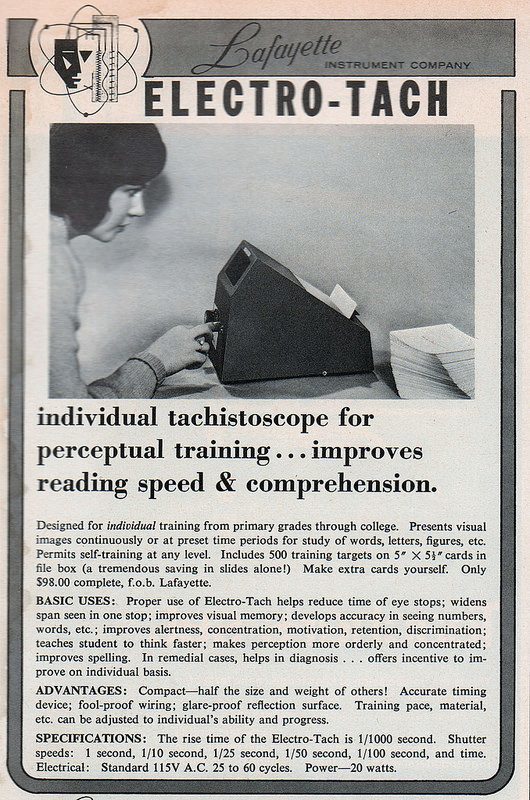 Anyone out there learn using a tachistoscope? I have a vague memory of seeing one of these, but it’s fuzzy. 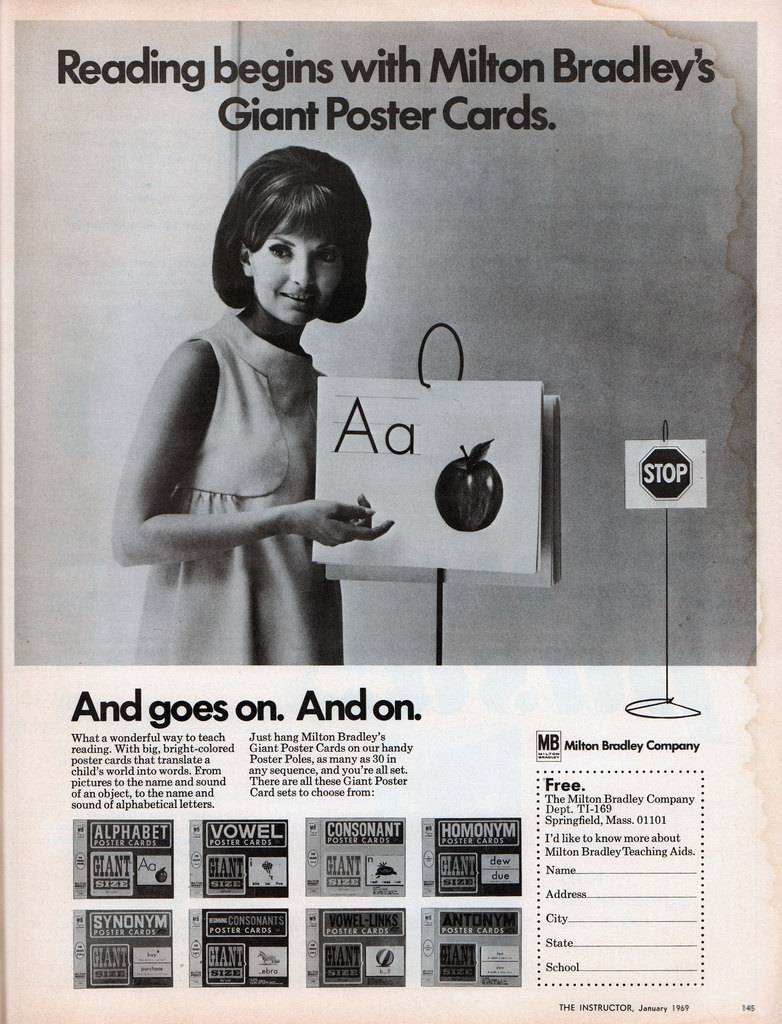 Who can concentrate on vowels when Susan Lucci’s your teacher? 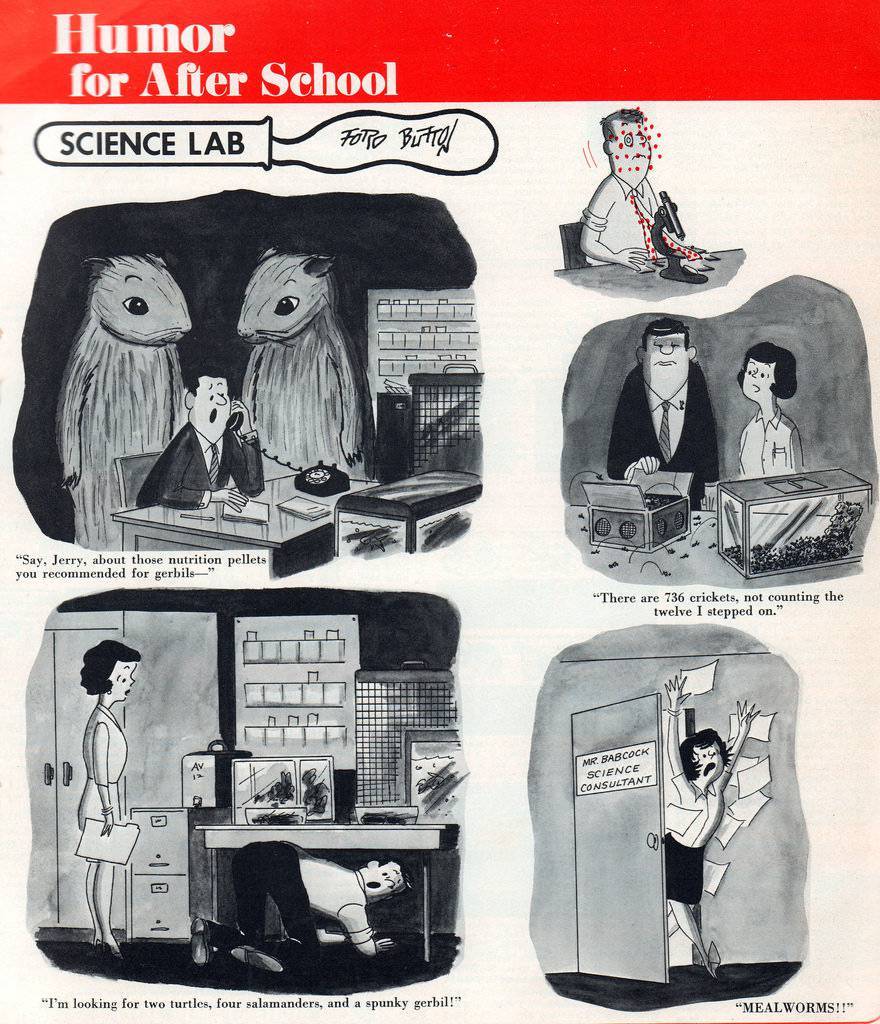 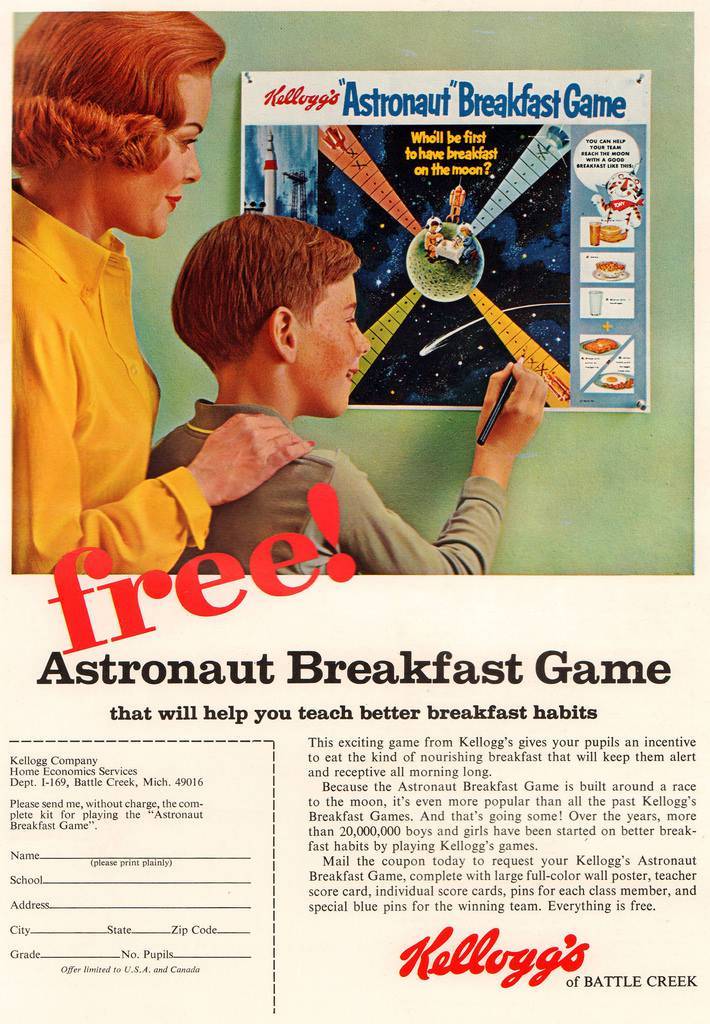 Kellog’s needed to update their Astronaut Breakfast Game advertisement – it looks a lot older than 1969.