In the 1950s, striptease artistes were confused. What could they show legally in each US State? For its second issue, of December 1953, Chicago-based Carnival magazine hired Bettie Page to demonstrate the various legal constraints on stripping in different US states. 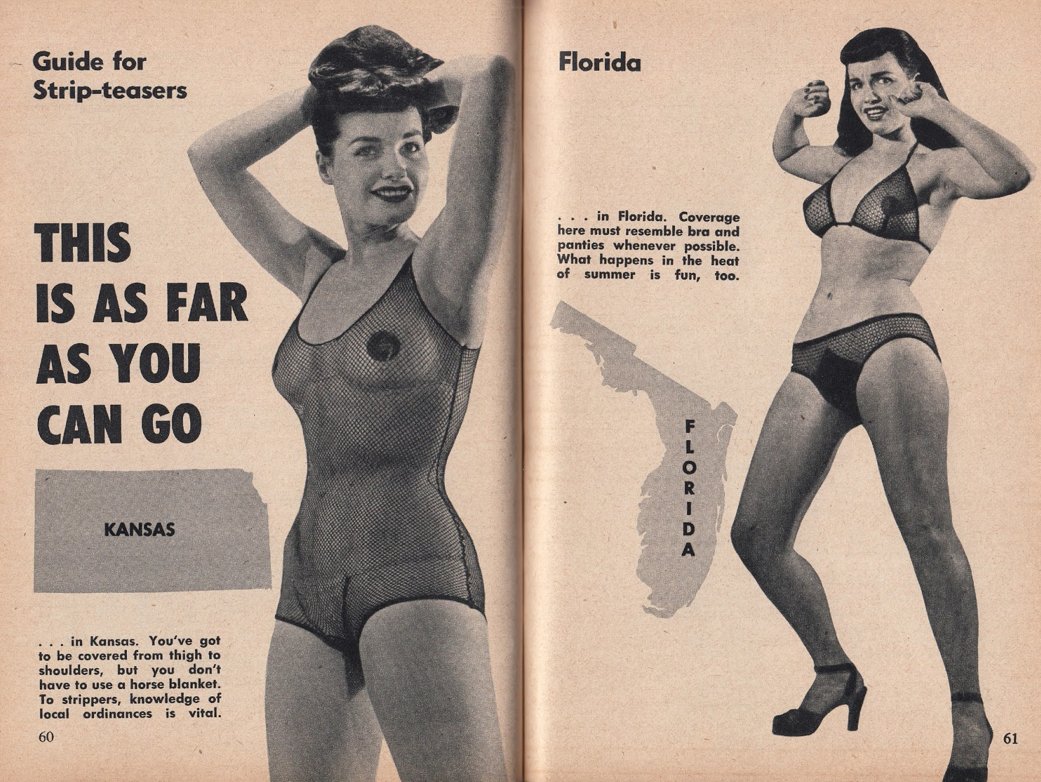 The cover model is Lilly Christine, aka The Cat Girl. The photographer is Nick de Morgoli, as seen in the less salubrious Vogue and LIFE magazines. 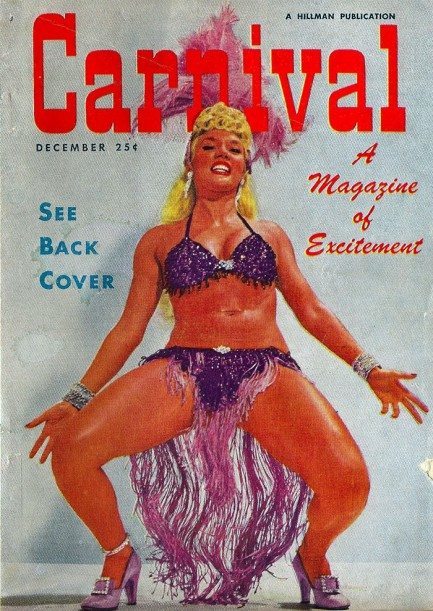 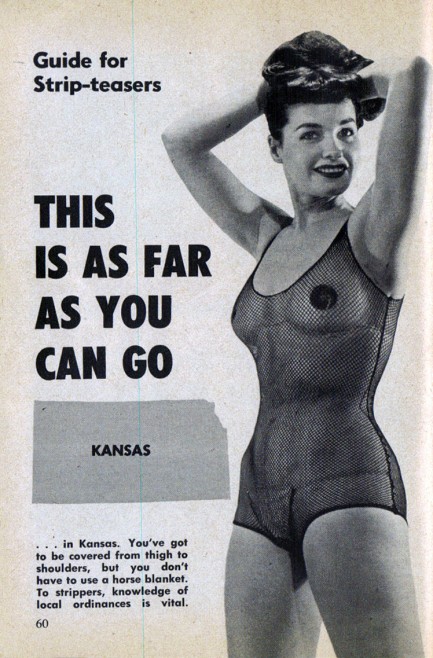 You’ve got to be covered from thigh to shoulders, but you don’t have to use a horse blanket. To strippers, knowledge of local ordinances is vital. 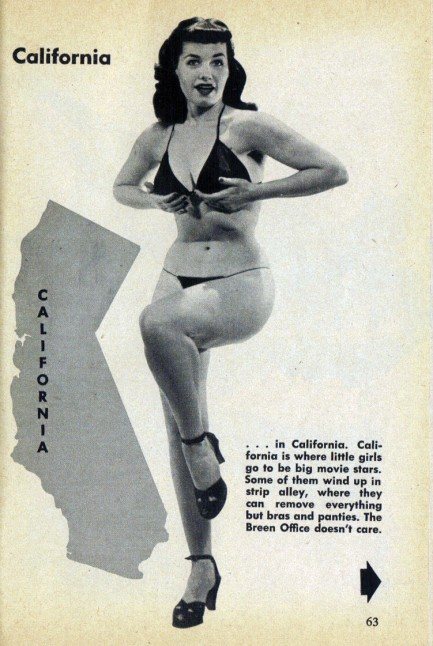 California is where little girls go to be big movie stars. Some of them wind up in strip alley, where they can remove everything but bra and panties. The Breen Office doesn’t care. 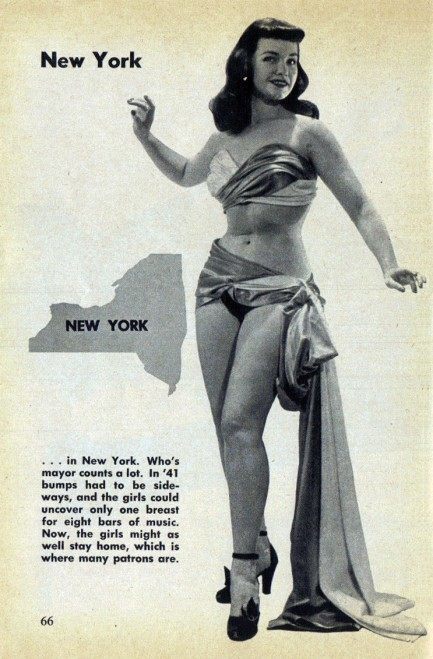 Who’s mayor counts a lot. In ’41 bumps had to be sideways, and the girls could uncover only one breast for eight bars of music. Now the girls might as well stay home, which is where many patrons are. 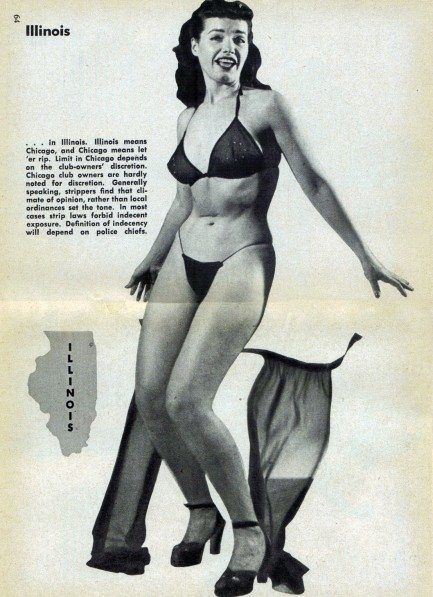 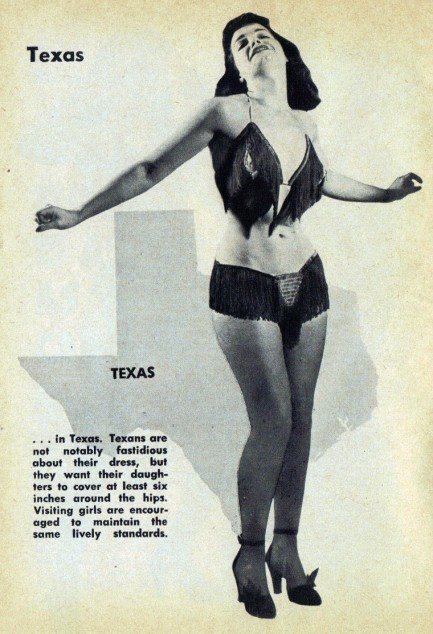 Texans are not notably fastidious about their dress, but they want their daughters to cover at least six inches around the hips. Visiting girls are encouraged to maintain the same lively standards. 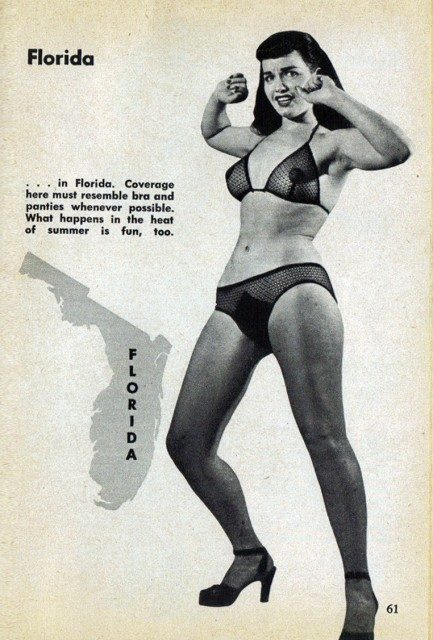 Coverage must resemble bra and panties whenever possible. What happens in the heat of summer is fun, too. 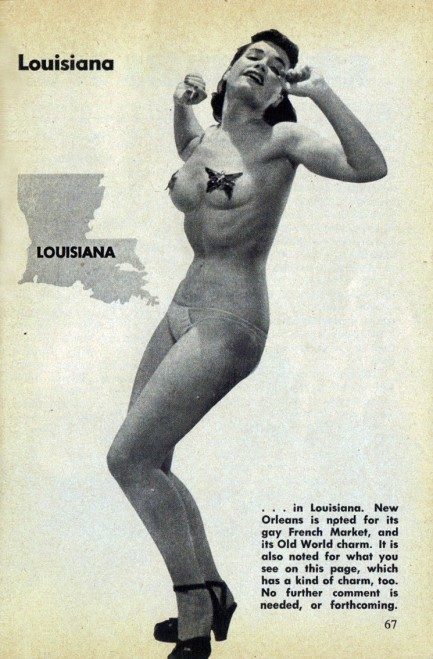 New Orleans is noted for its gay French market, and its Old World charm. It is also noted for what you can see on stage, which has a kind of charm, too. No further comments is needed, or forthcoming. 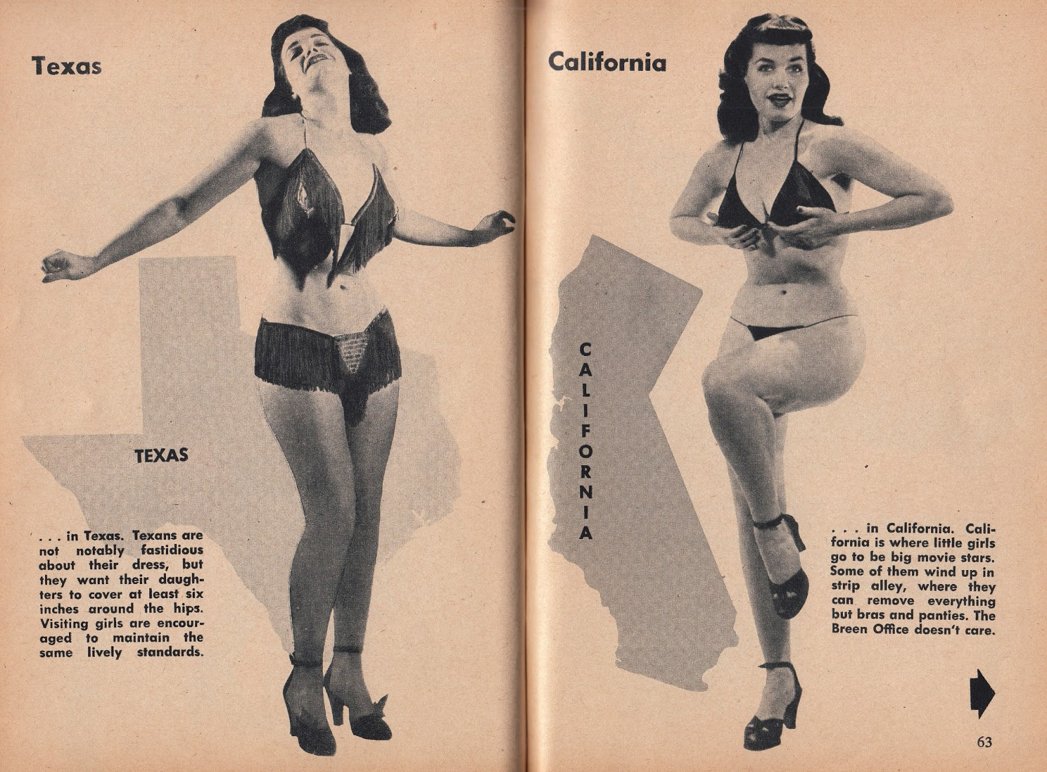 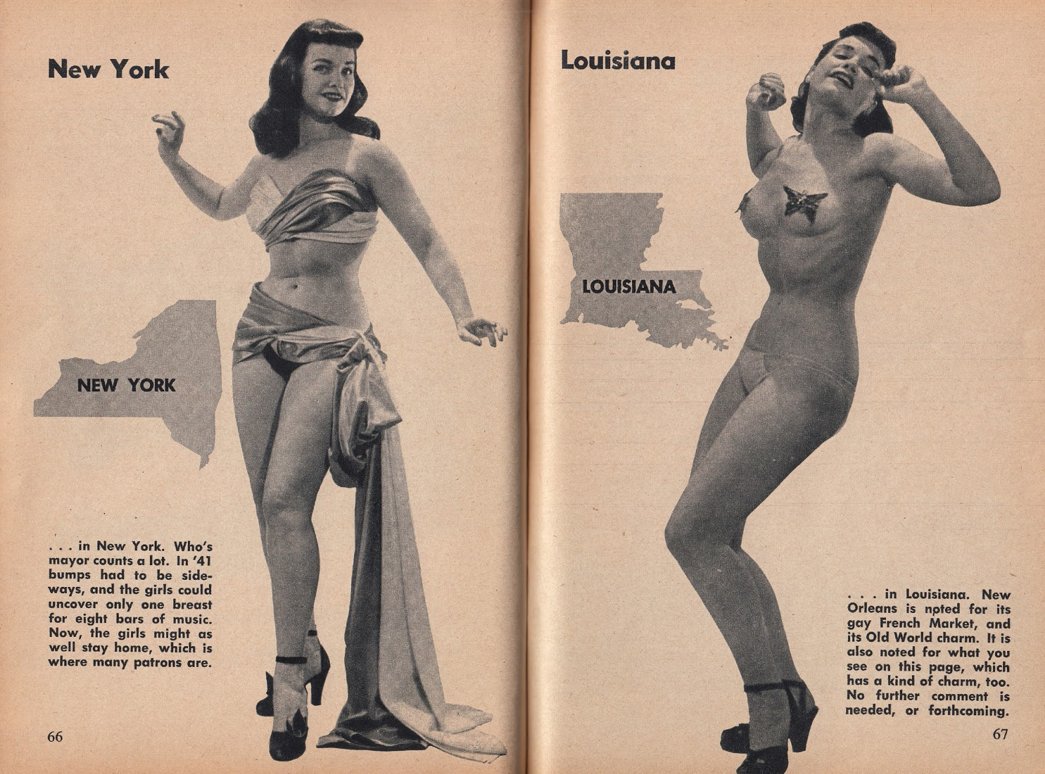