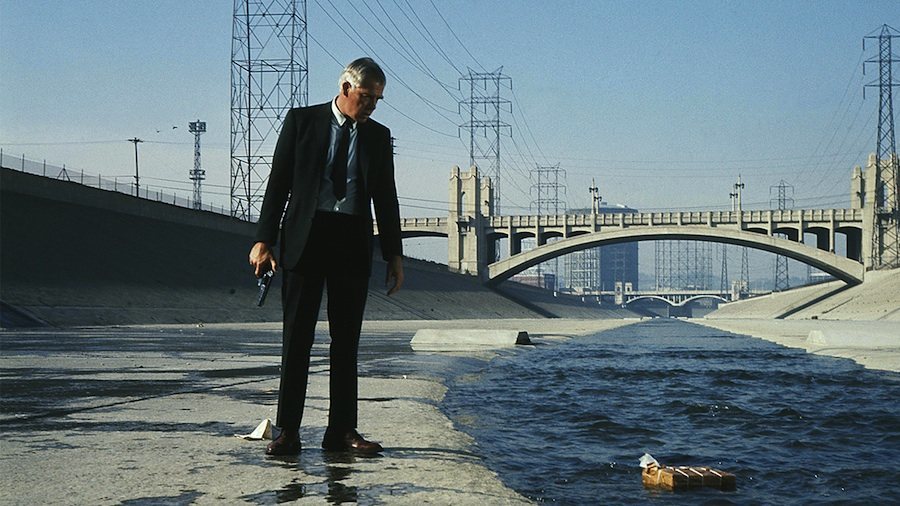 Hell yeah, who wouldn’t want to have been there? A roomful of cool: Lee Marvin and friends celebrating the end of filming on John Boorman’s classic 1967 film Point Blank. It was Boorman’s big break–something that he owed to Marvin as the young English director had only one flop movie to his name (the sub-Beatles Dave Clark Five feature Catch Us If You Can) and little else but hunger, talent, and a grand ambition.

Marvin was king of the ballpark having won an Oscar for his performance in Cat Ballou, and during his time in England filming The Dirty Dozen, he met with Boorman over plans to make a film version of the Richard Stark novel The Hunter. The actor and director hit it off. A script was written, but neither Marvin or Boorman liked it–they wanted the movie to be hard-edged just like the book.

Lee Marvin had script approval and casting approval. At a meeting with the studio heads, he did something quite extraordinary–he turned both over to Boorman, as the director later told Steven Soderbergh:

“[Marvin] said, ‘I defer all those approvals to John.’ And he walked out. So on my very first film in Hollywood, I had final cut and I made use of it.”

With Marvin’s blessing Boorman got to make the movie he wanted to make, Point Blank.

At the end of filming, a wrap party was held at the Zoo Club in Los Angeles, with the interior jazzed-up to look like a swinging London hangout for director Boorman. Amongst the guests were Steve McQueen, Warren Oates, Burt Reynolds, Charles Bronson and Jill Ireland. Lee Marvin had class, and even in a roomful of stars, he’s the one that looked effortlessly cool. 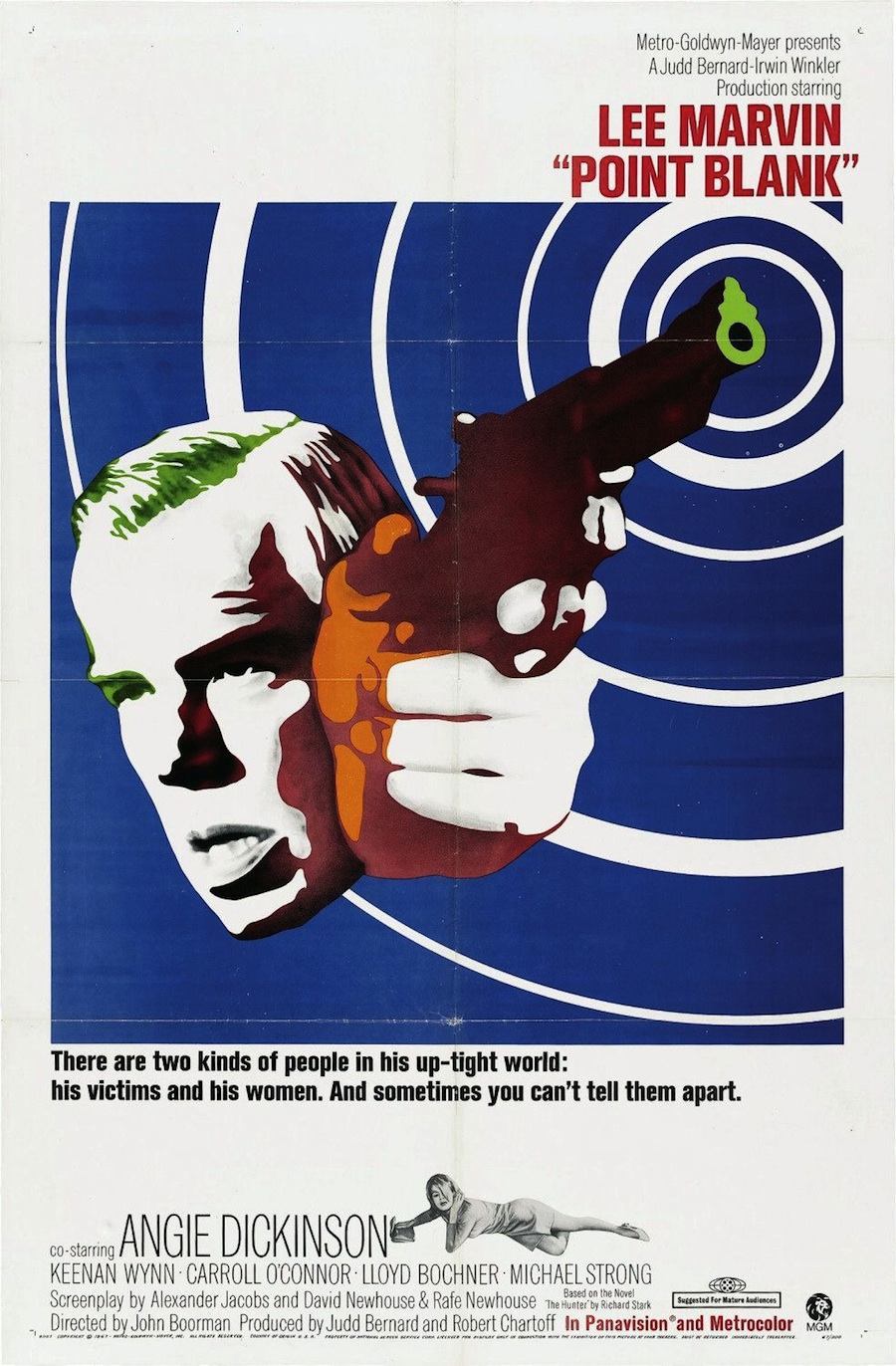 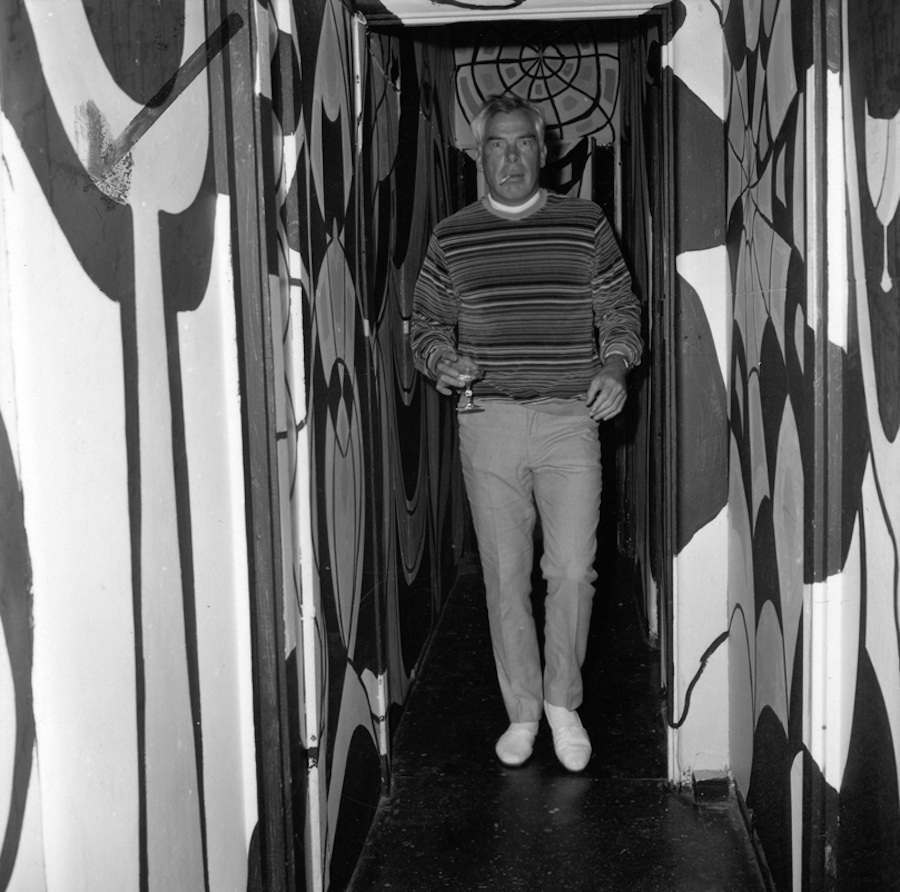 The man of the moment Lee Marvin arrives… 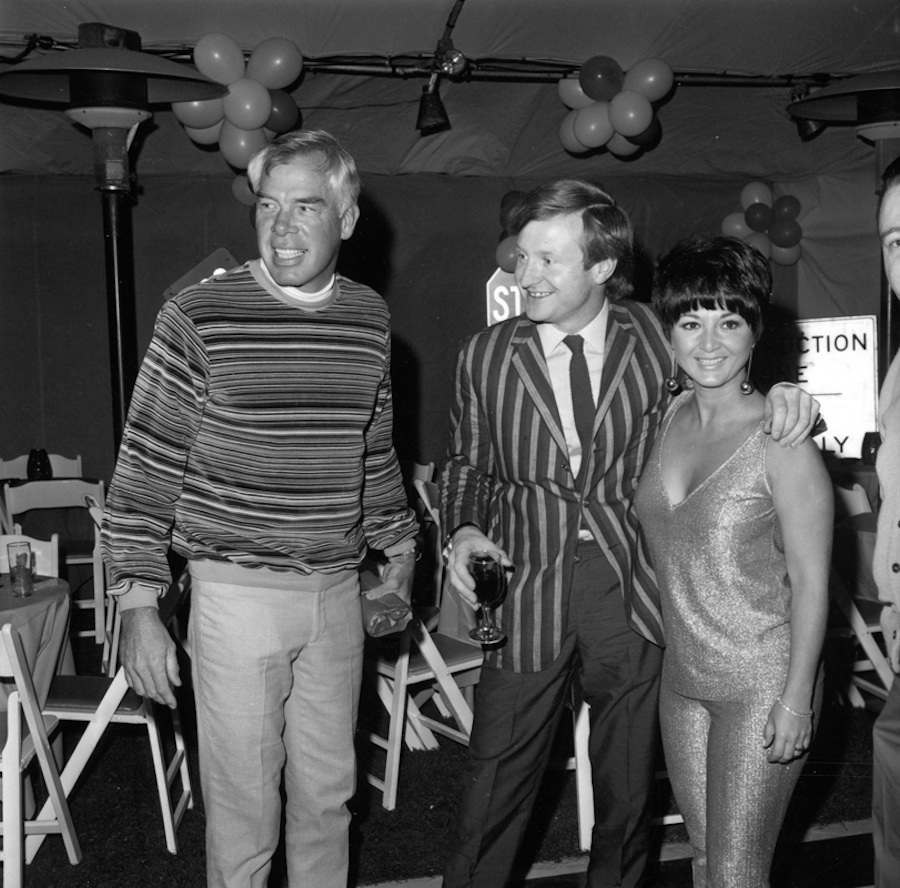 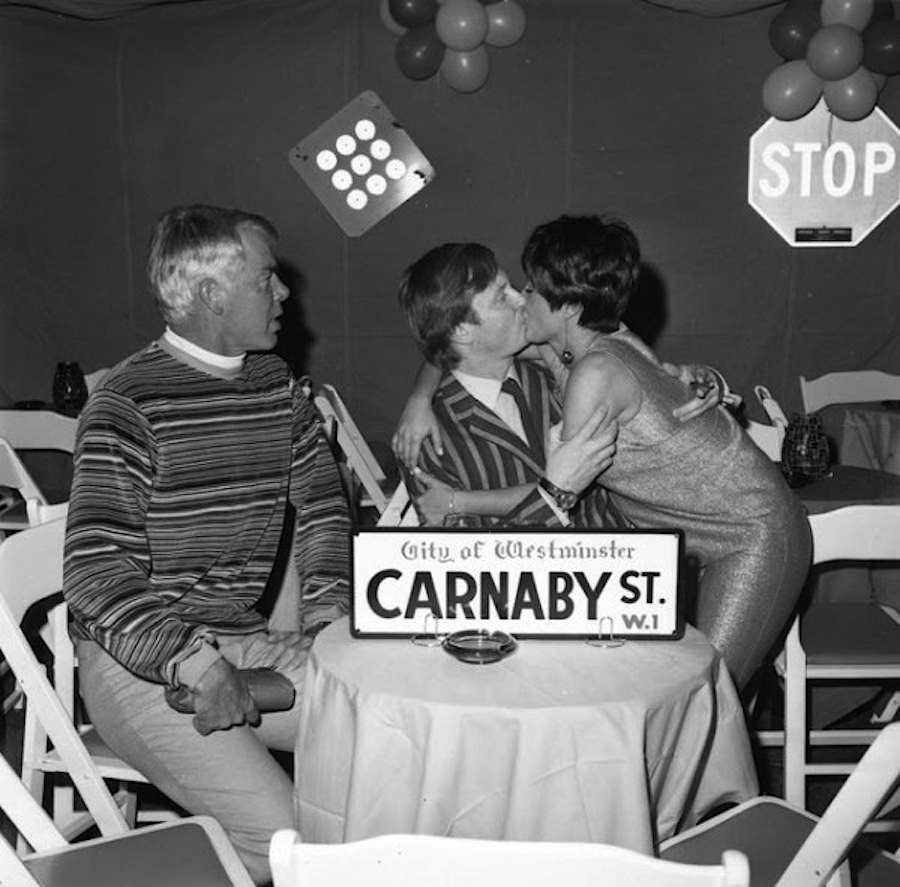 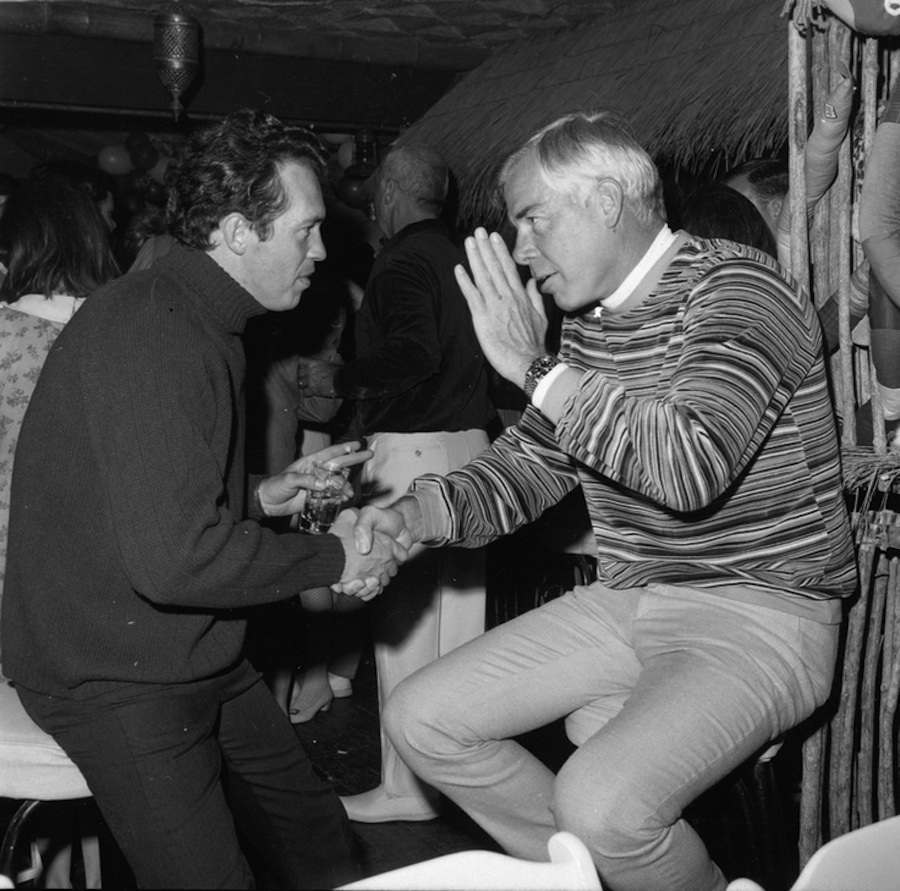 Warren Oates getting tips from a master. 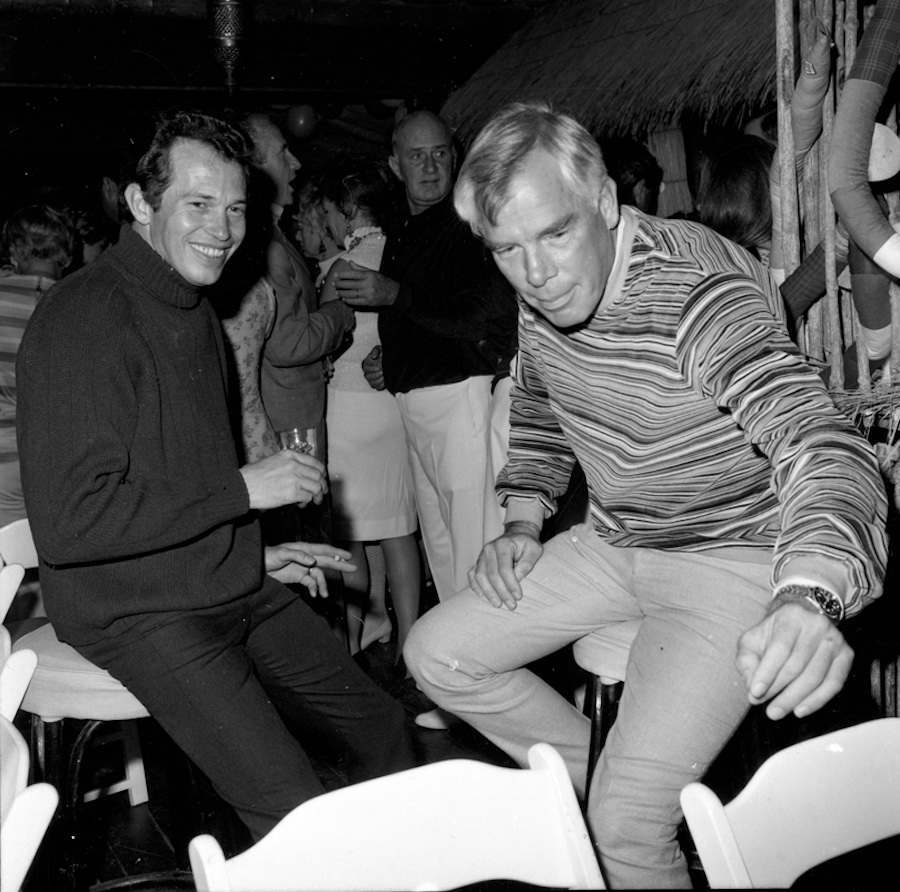 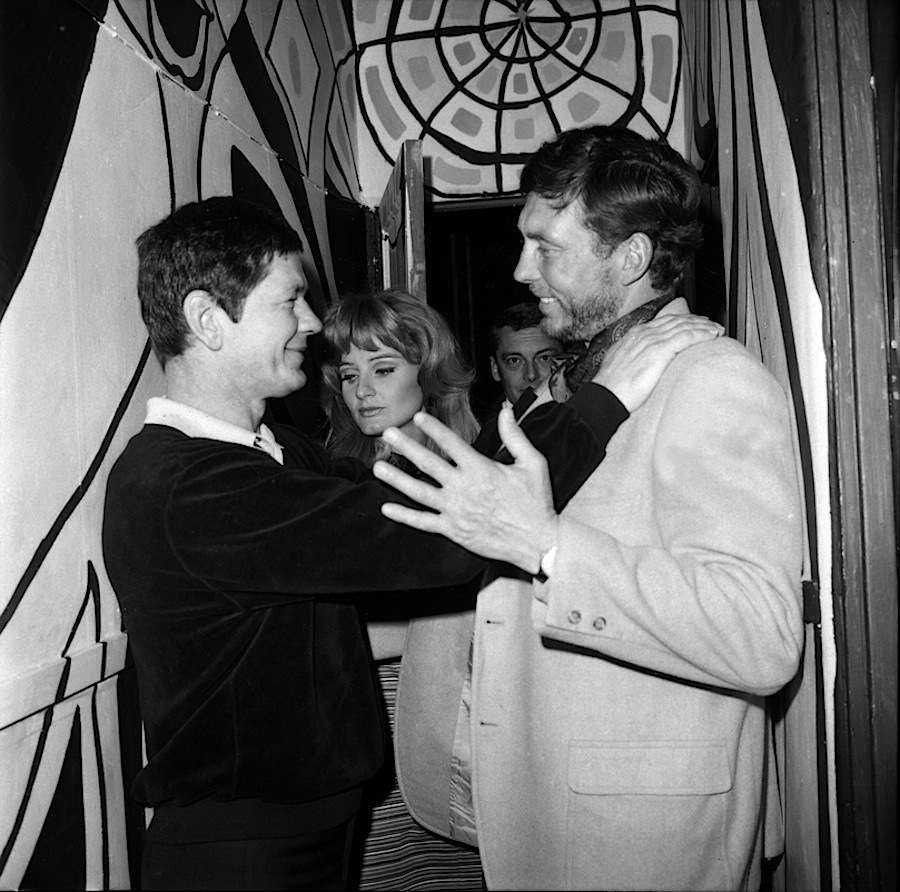 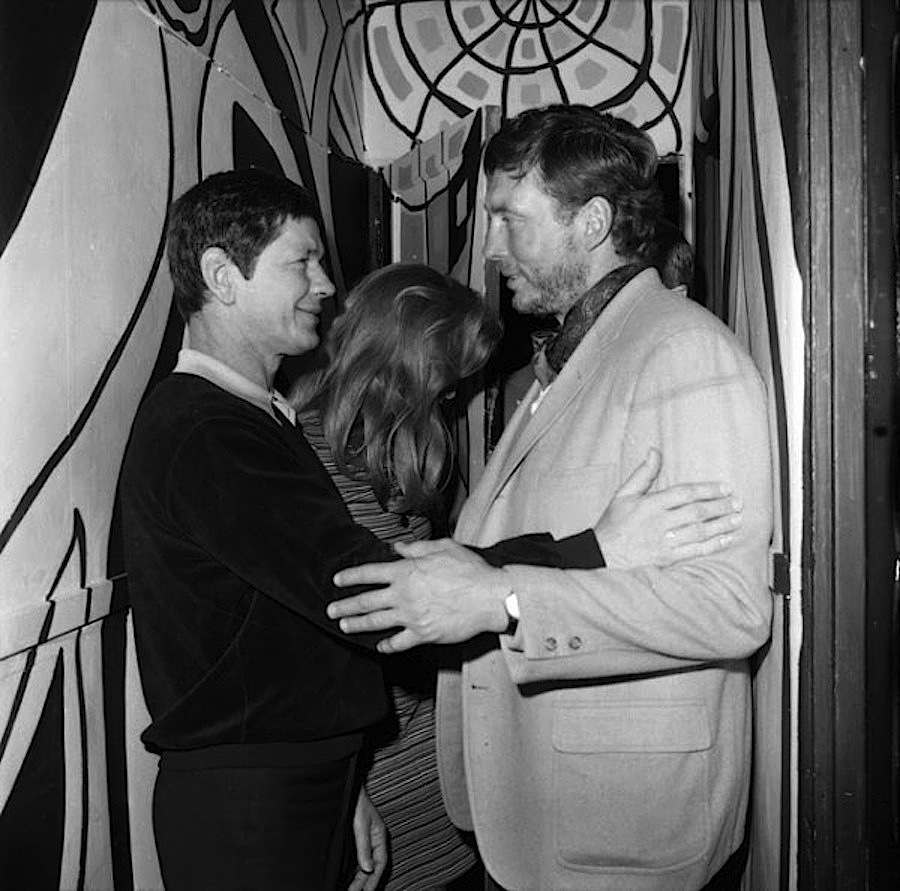 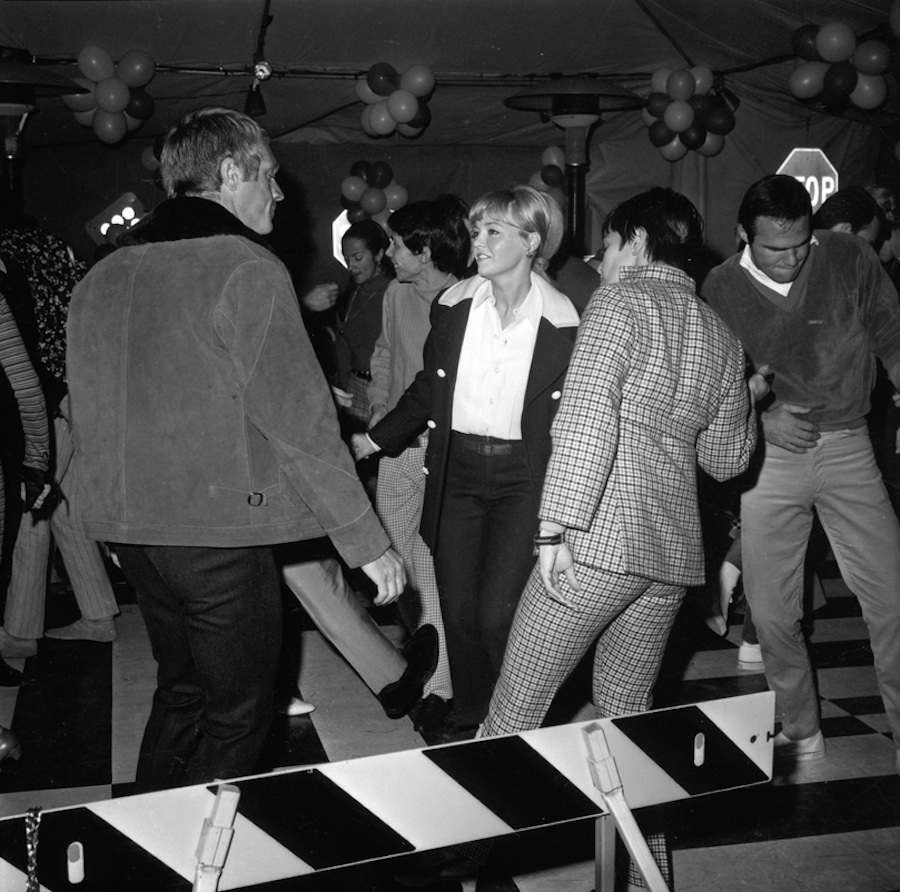 Steve McQueen cuts a rug with then wife Neile, while Burt Reynolds tries out some of his own moves. 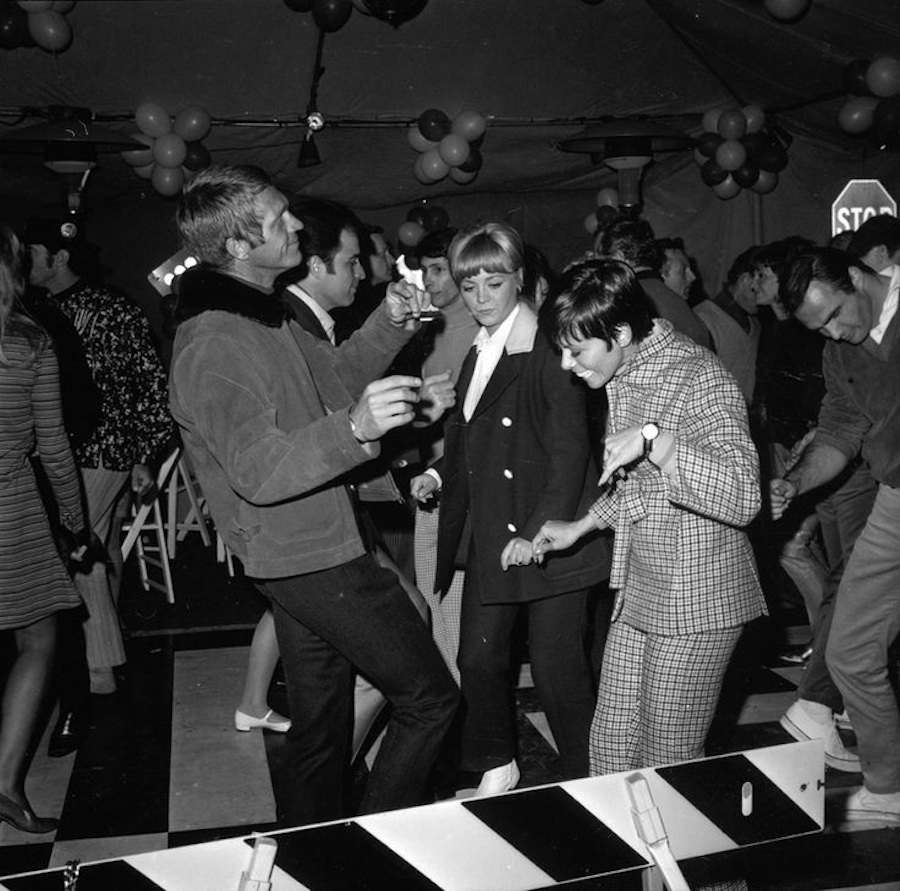 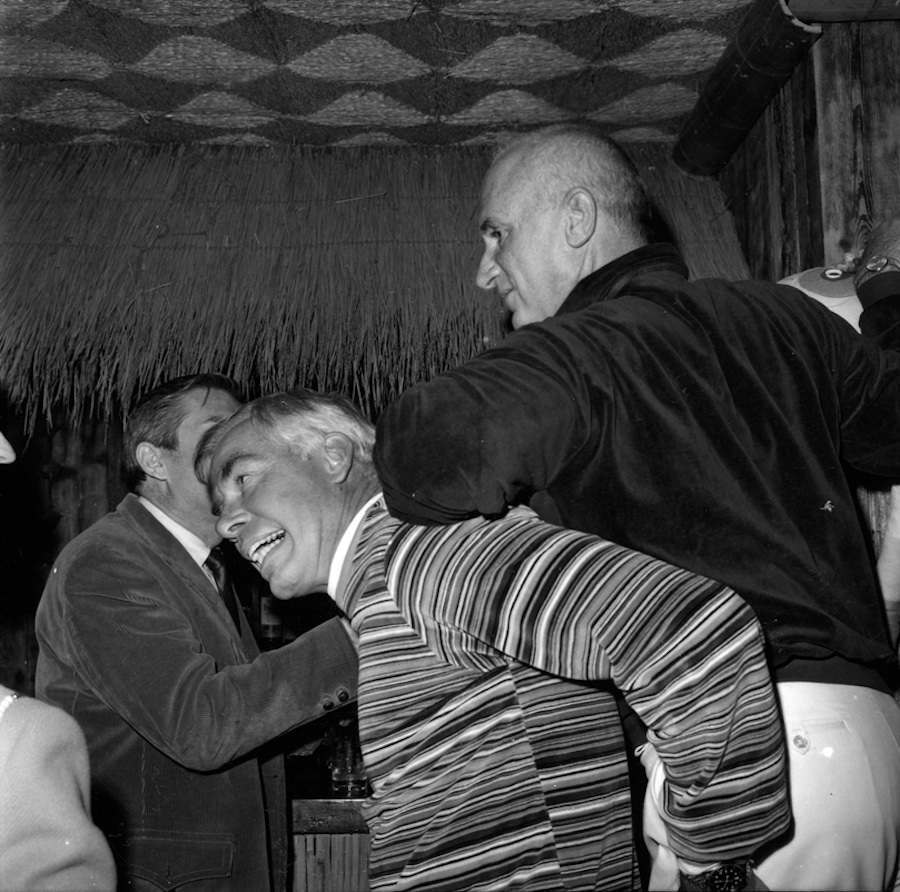 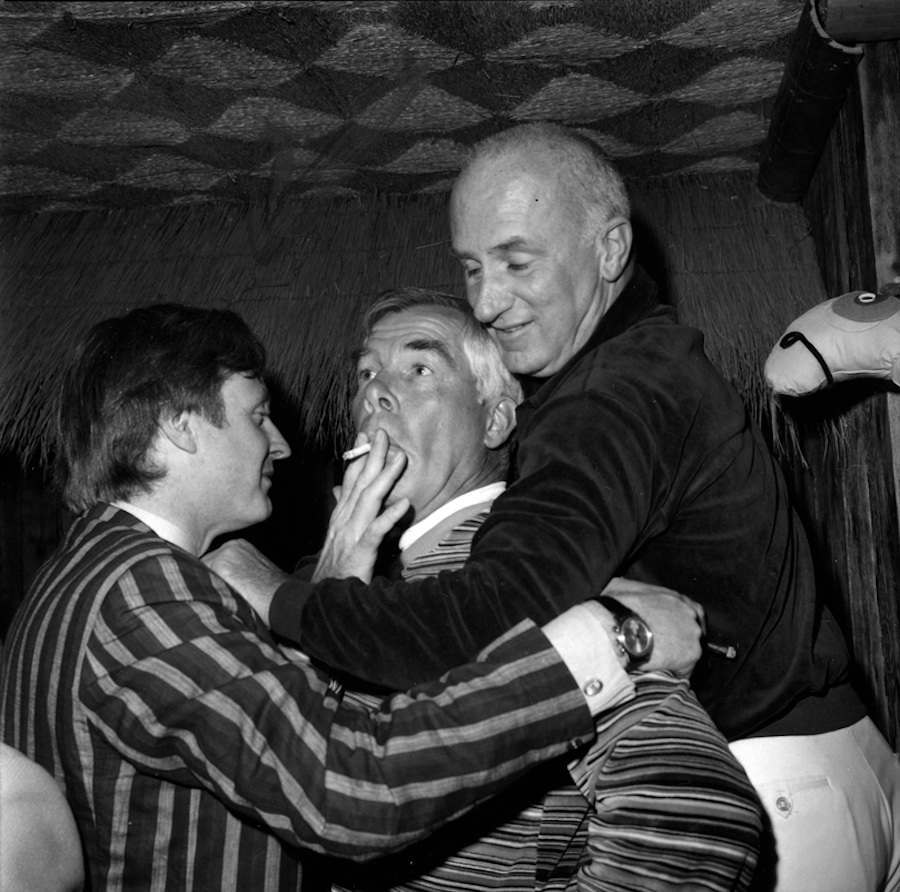 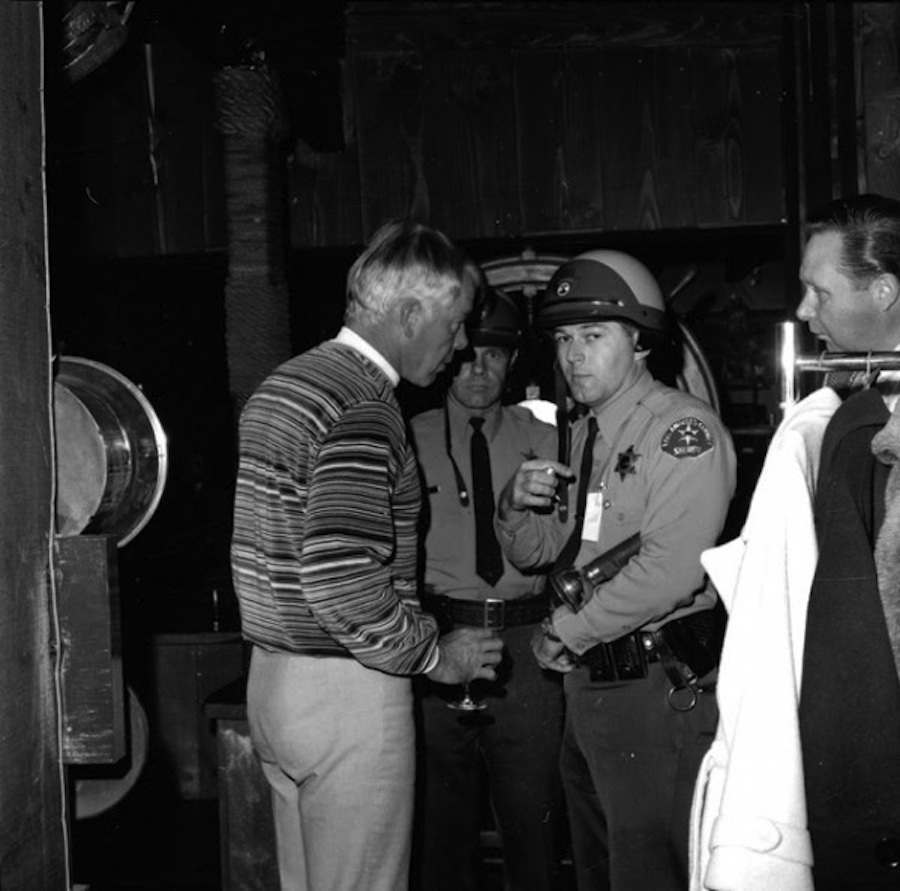 Then someone calls the cops… 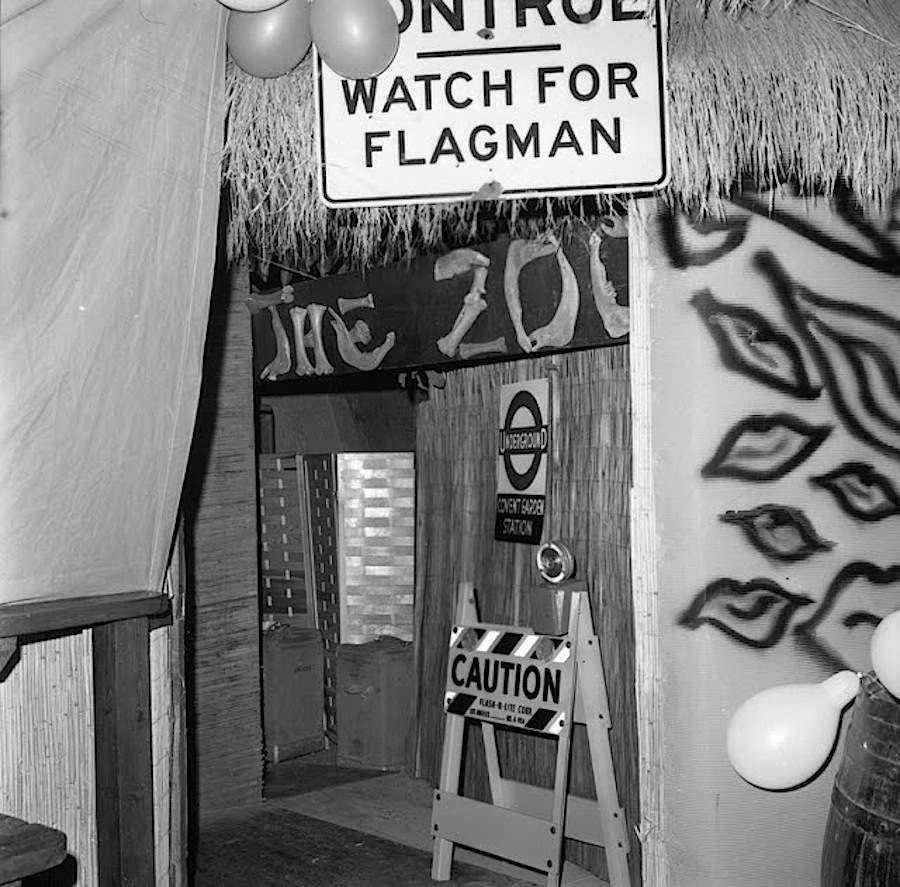 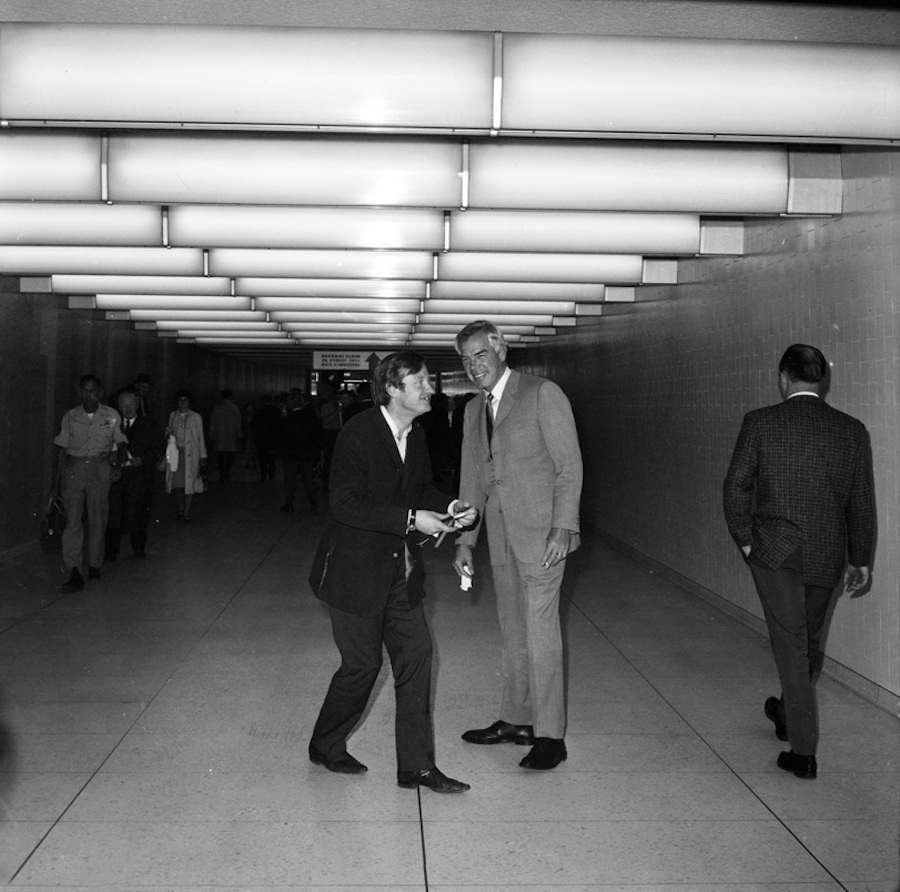 John Boorman and Lee Marvin on location during filming of very iconic scene.