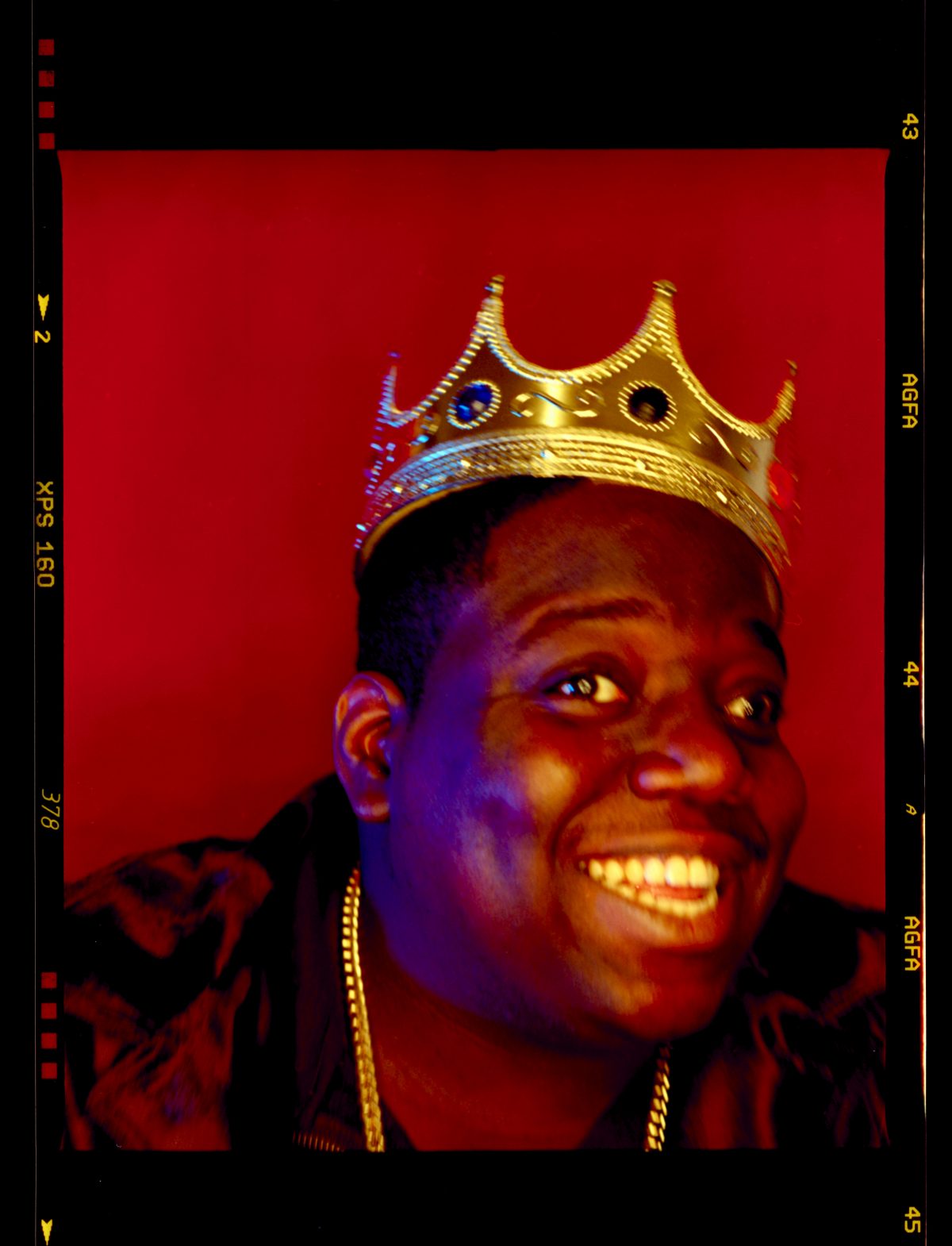 ‘CONTACT HIGH: A Visual History of Hip-Hop’ salutes photographers whose pictures helped bring hip-hop from the streets to the global stage. A show based on at Vikki Tobak’s book of the same name at LA’s The Annenberg Space for Photography features their unedited contact sheets – like Barron Claiborne’s stupendous Notorious B.I.G. portraits – to early images of Jay-Z in New York, Kendrick Lamar and Kanye West, and Janette Beckman’s superb photos of Salt-N-Pepa. 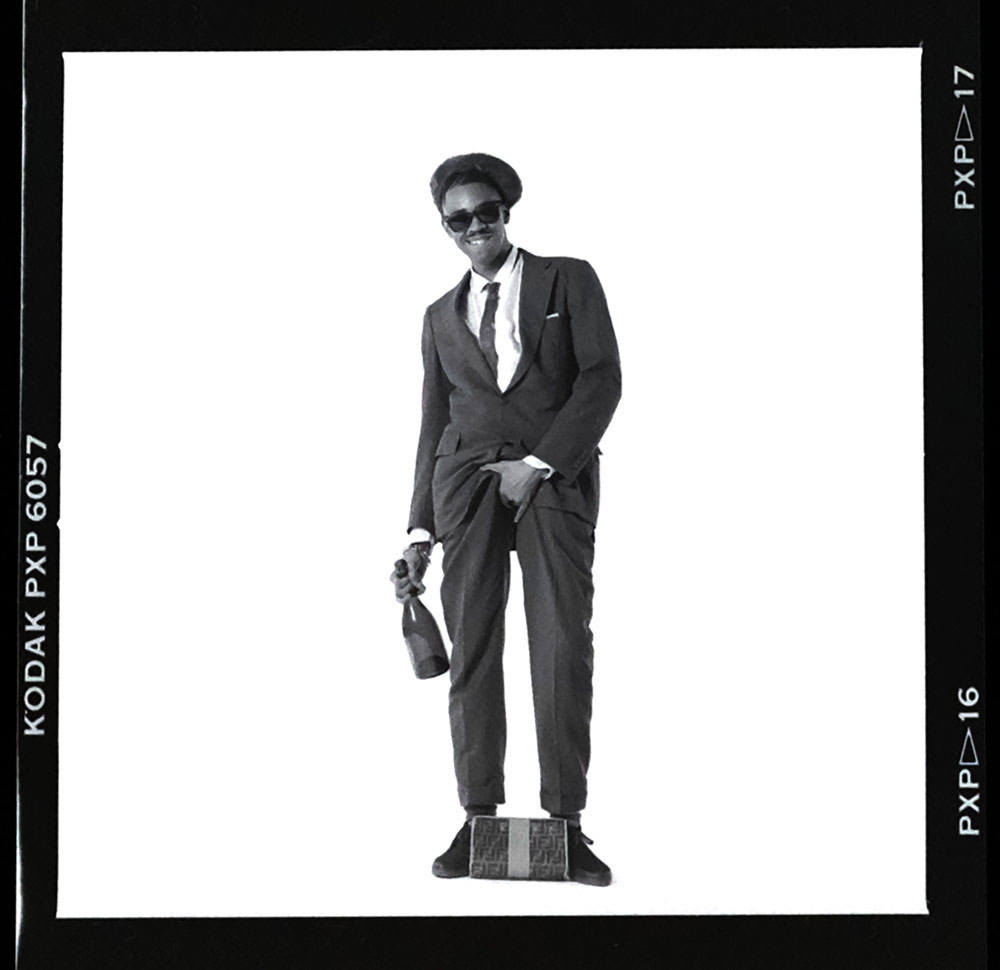 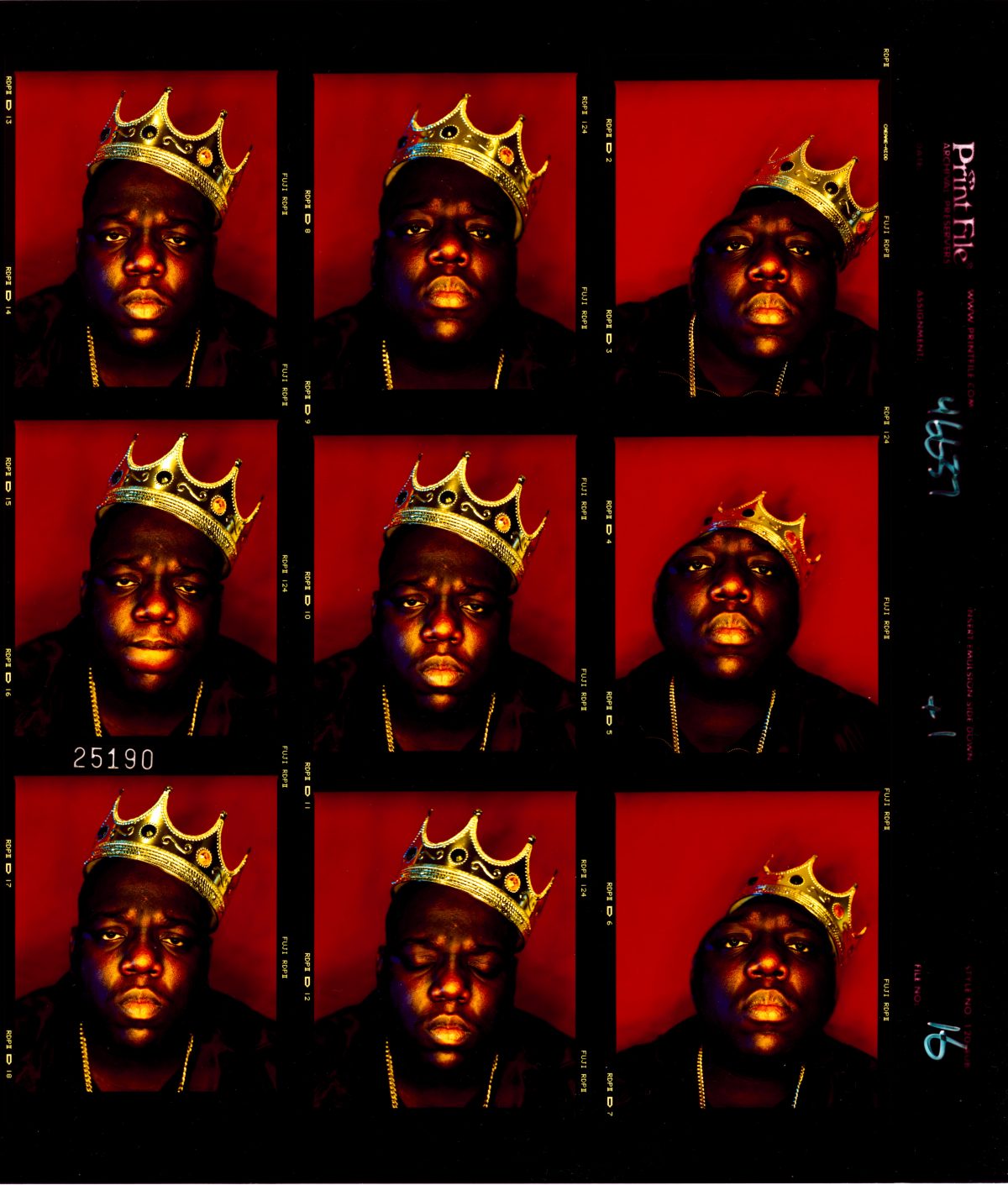 ‘The symbolism of the crown was meant to convey greatness and something bigger about hip-hop and this man who had made it to the top of his game.

“A few days after Biggie died, someone called to tell me that the image was being carried through Biggie’s funeral procession in Brooklyn. That was meaningful to me. When people die young, as Biggie did, they are mythologised through imagery. As a photographer, to have a photo that everybody knows is rare” 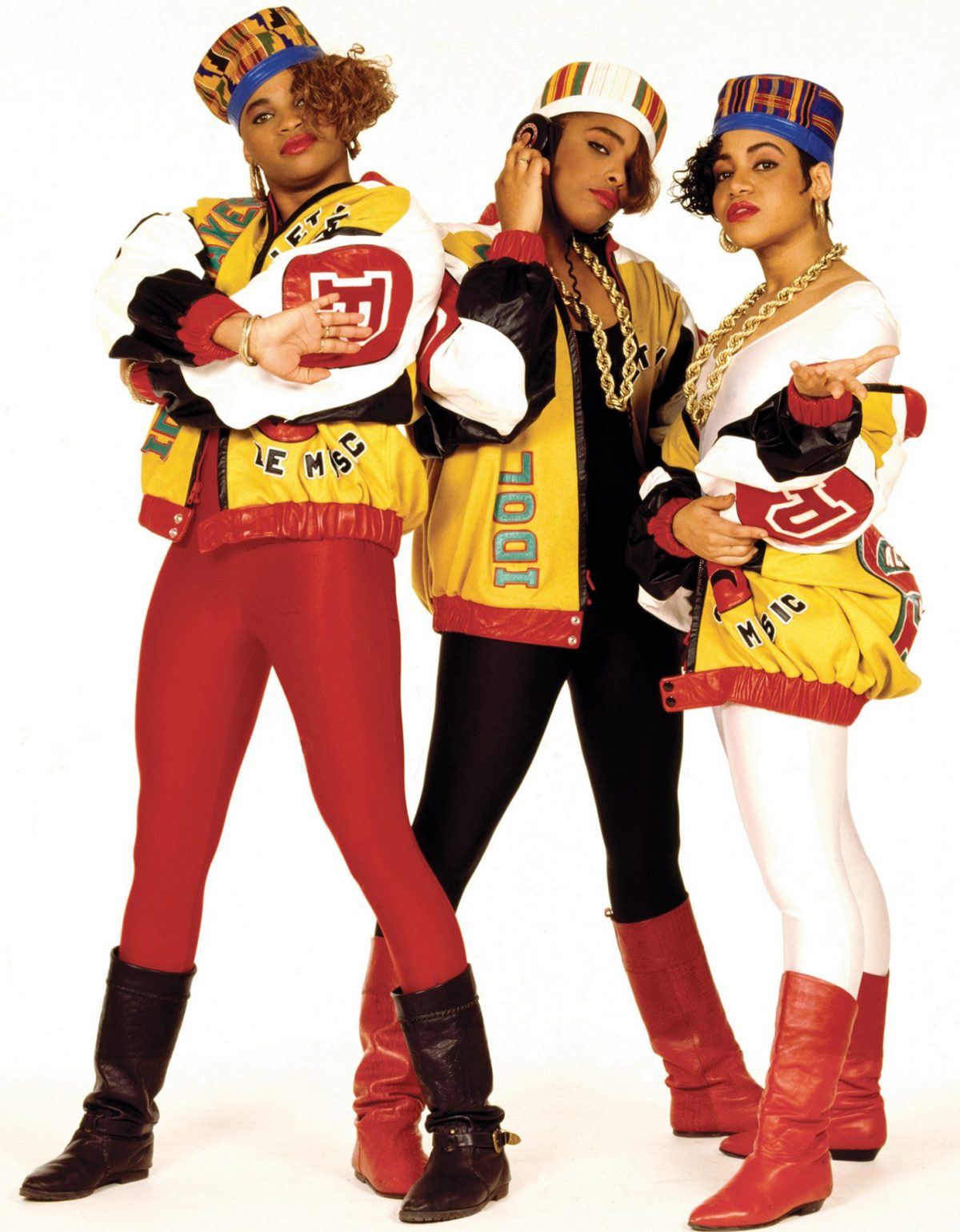 Salt-N-Pepa, from the cover shoot for Shake Your Thang (1987). Photo by Janette Beckman. 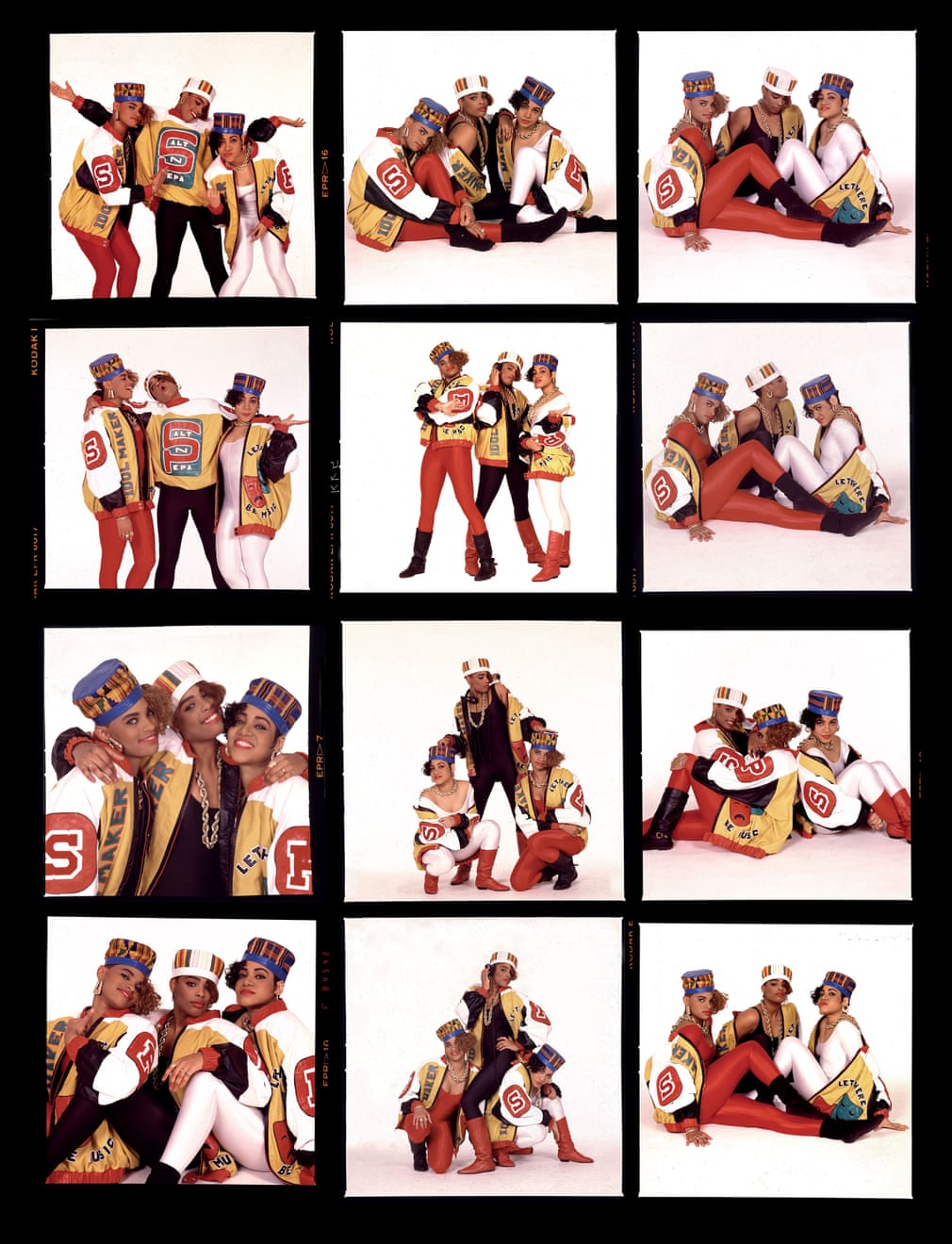 Salt-N-Pepa, from the cover shoot for Shake Your Thang (1987). Photo by Janette Beckman.

“I met Salt-N-Pepa long before they made their first record. They were like sisters; funny, cool girls from Queens wearing big gold earrings and chains with fake Louis Vuitton bags…

“On the day of the shoot, they came wearing leather baseball jackets created by the one and only Dapper Dan, with kente cloth hats, spandex and gold dookie-rope chains. They used fashion to express their strength and femininity. Dapper Dan’s creations turned up in many of my photos of hip-hop artists” 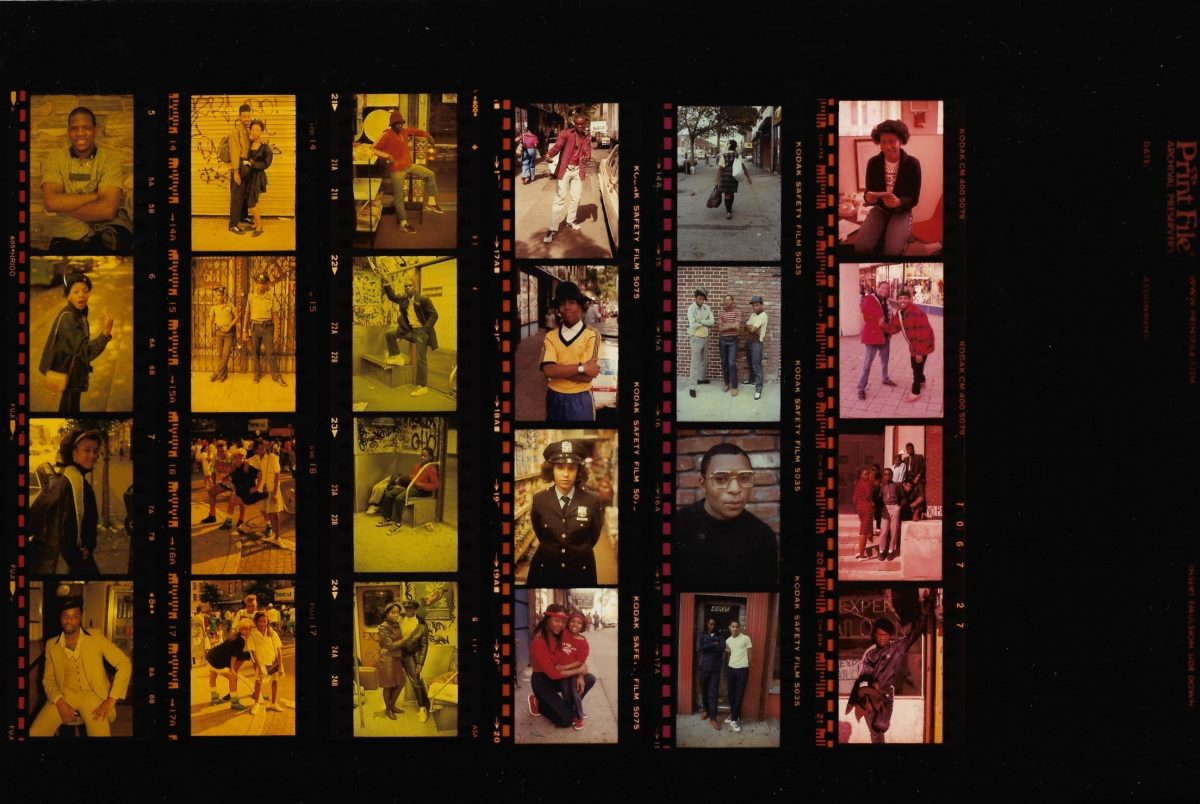 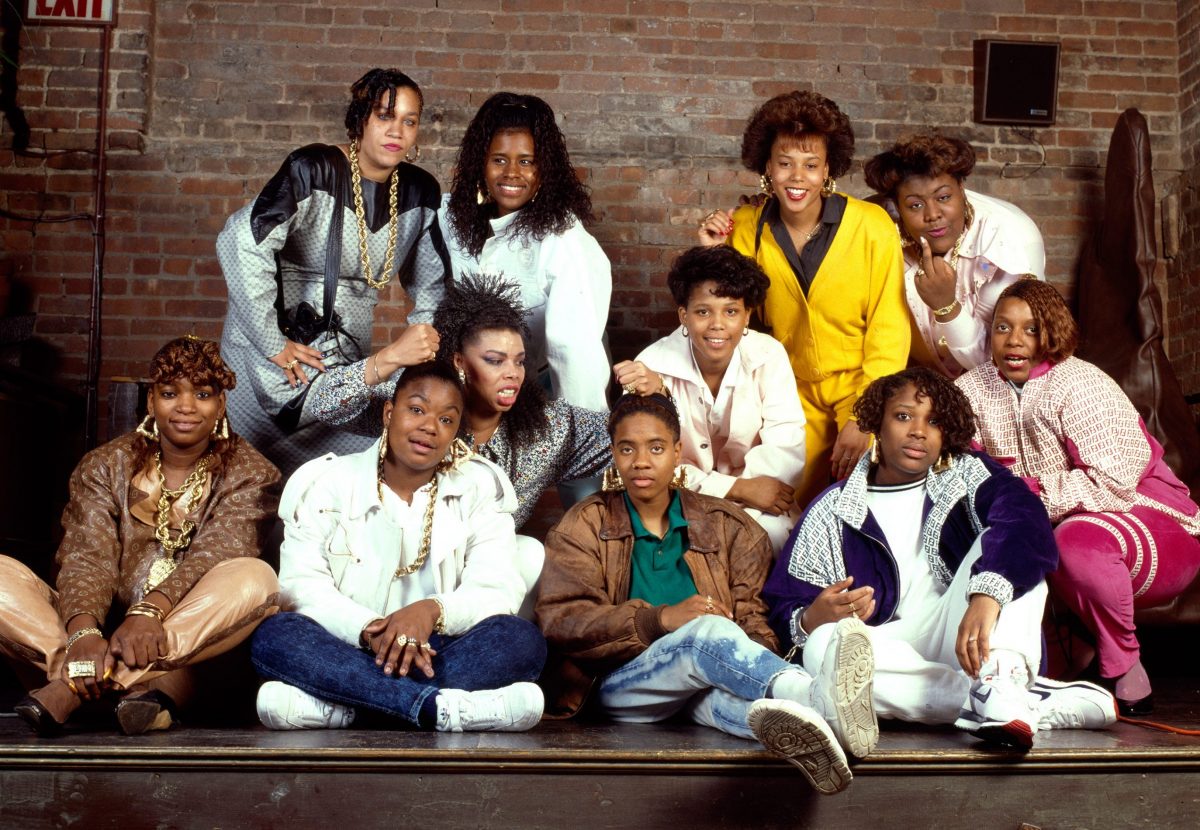 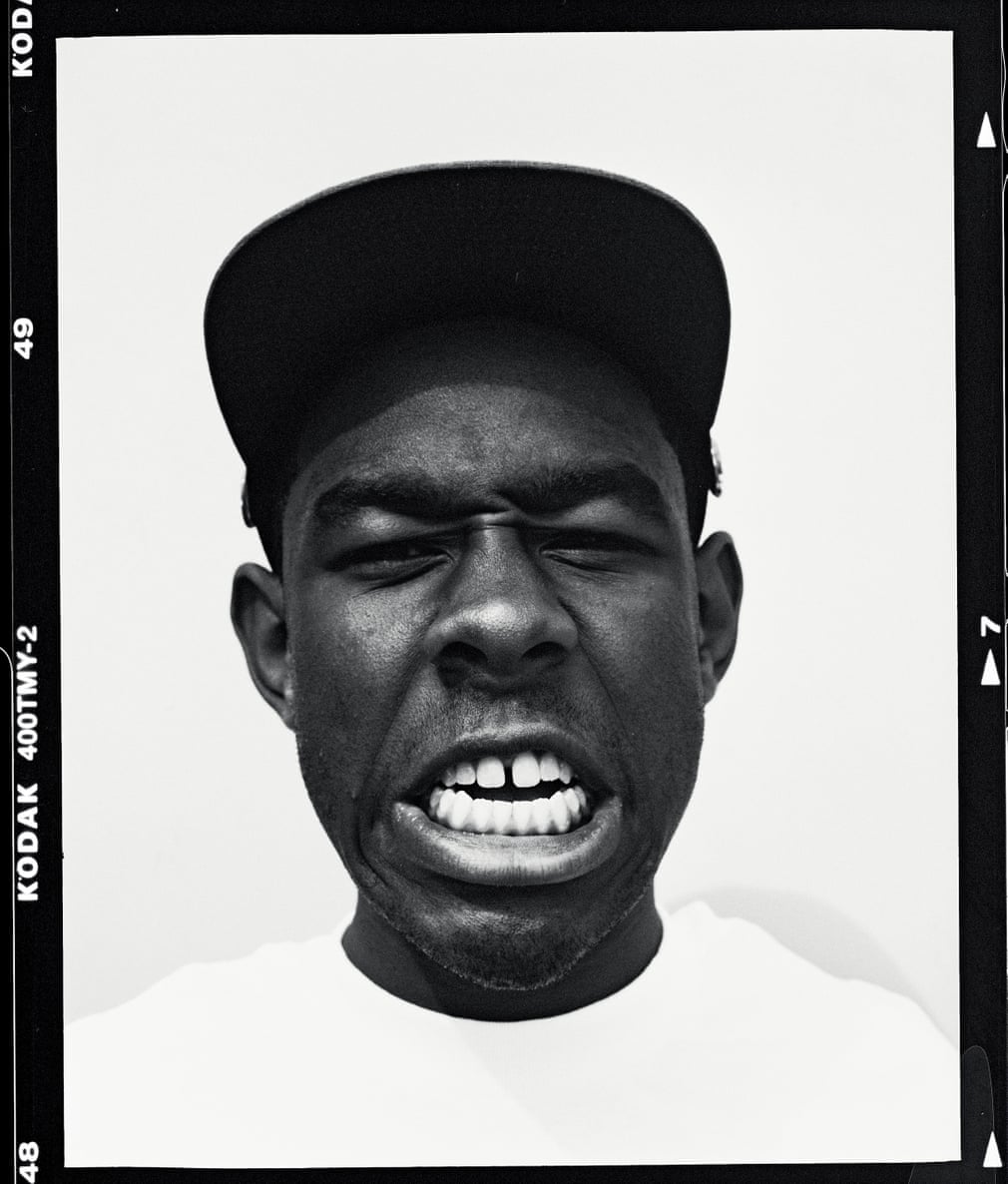 Tyler The Creator – a man banned on his entry to the UK for ‘posing a threat to public order’. By Jorge Peniche

‘We linked up in Pan-Pacific Park in LA. There was a solid white wall on the street and he gave me all these great expressions, I didn’t force them out of him. Tyler comes from a generation where visuals are so integral to everything he does. Even when he started with Odd Future, he was designing the group’s clothing and thinking a lot about the relationship between music and visuals’ 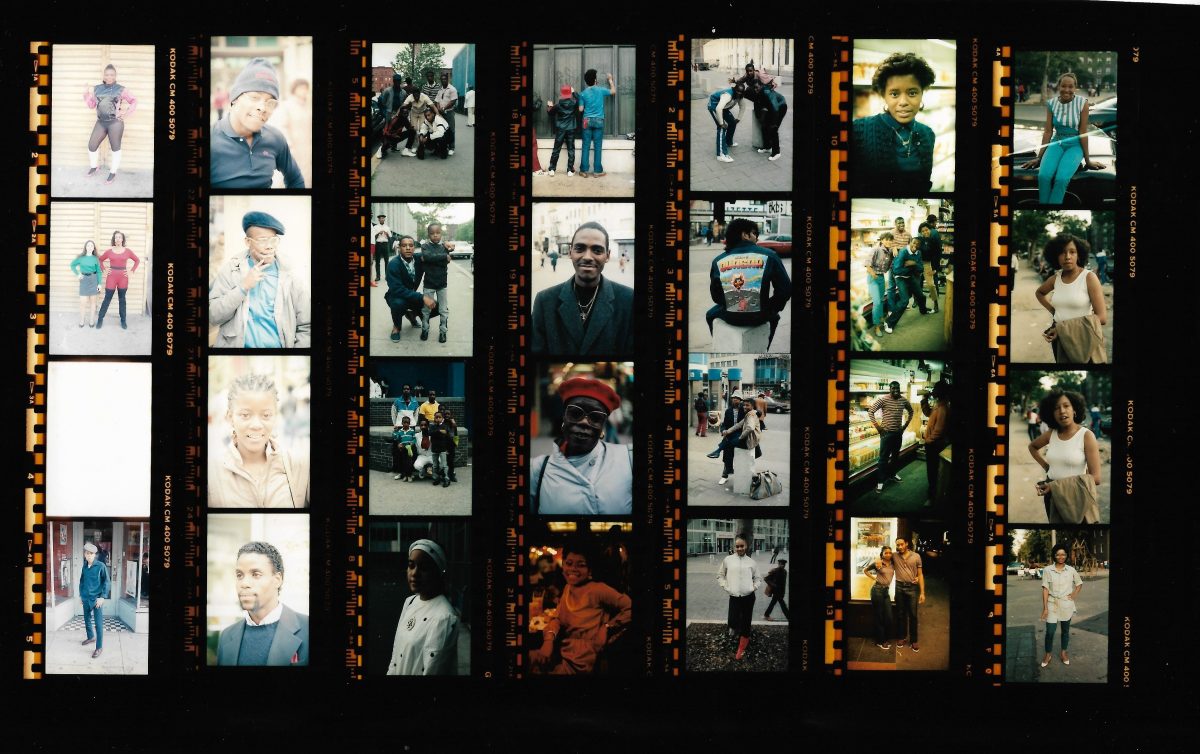 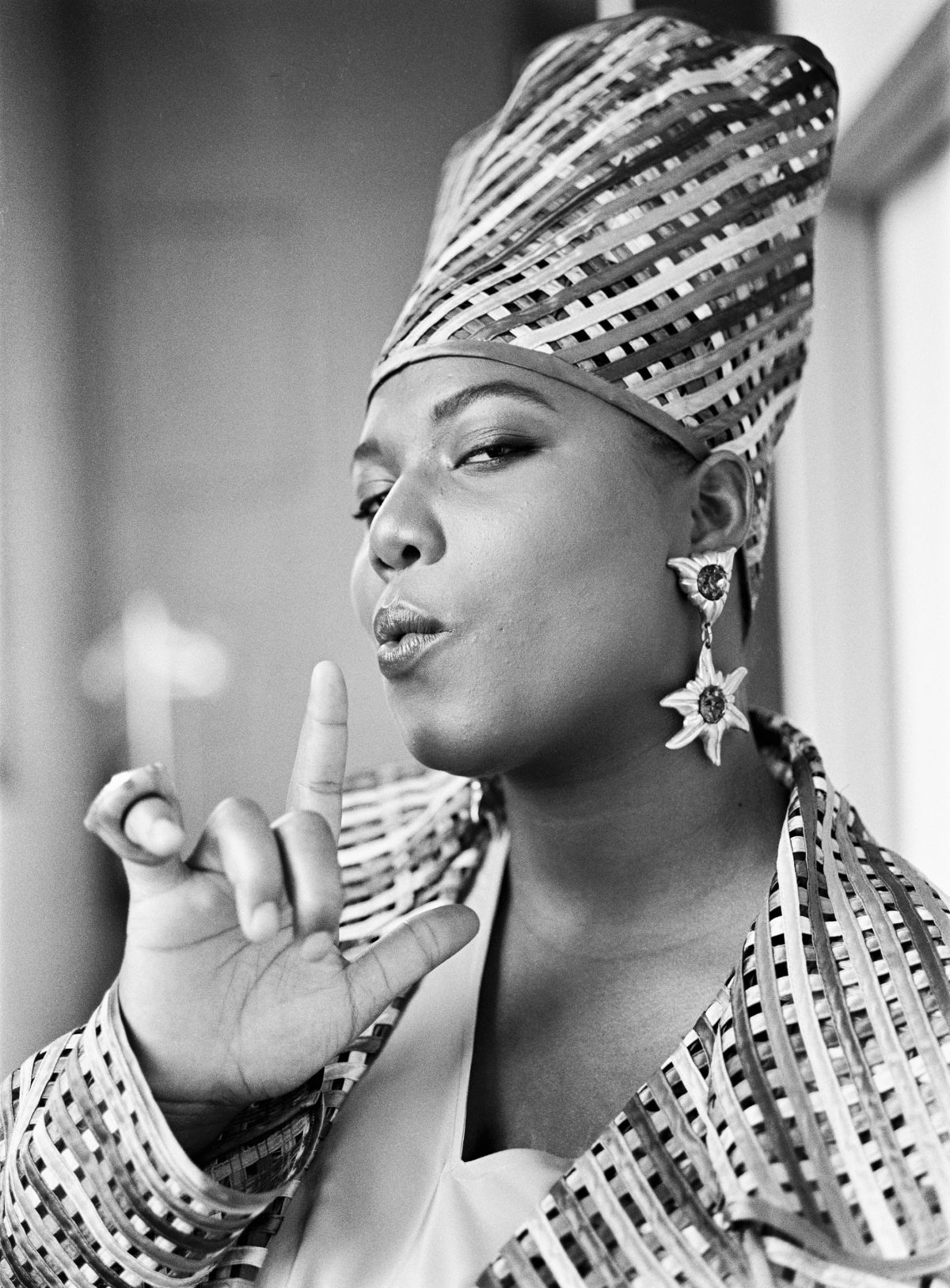 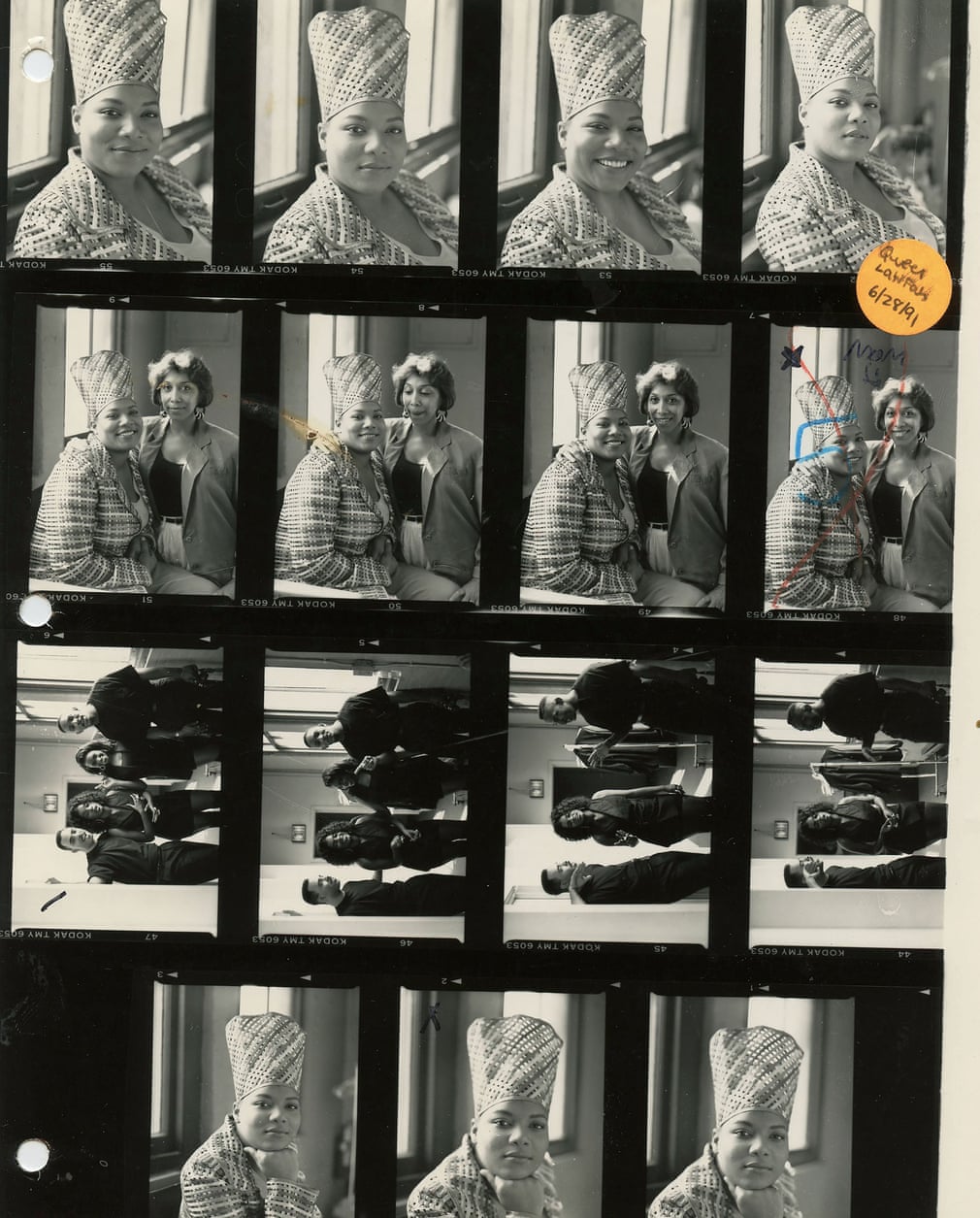 “I believe the artist’s ideas inform their image, so I love collaboration. It was actually her idea to do the smoking gun kind of pose. She did all the heavy lifting with that shot and really brought power to it. She was the Queen in command…

“I shot this on the set of the Fly Girl video with a Pentax 645 Medium 2¼-in negative using a manual focus with a 75mm/2.8 lens. Latifah’s mom was a big part of her career and made sure Dana (that’s what I called her) was always above board” 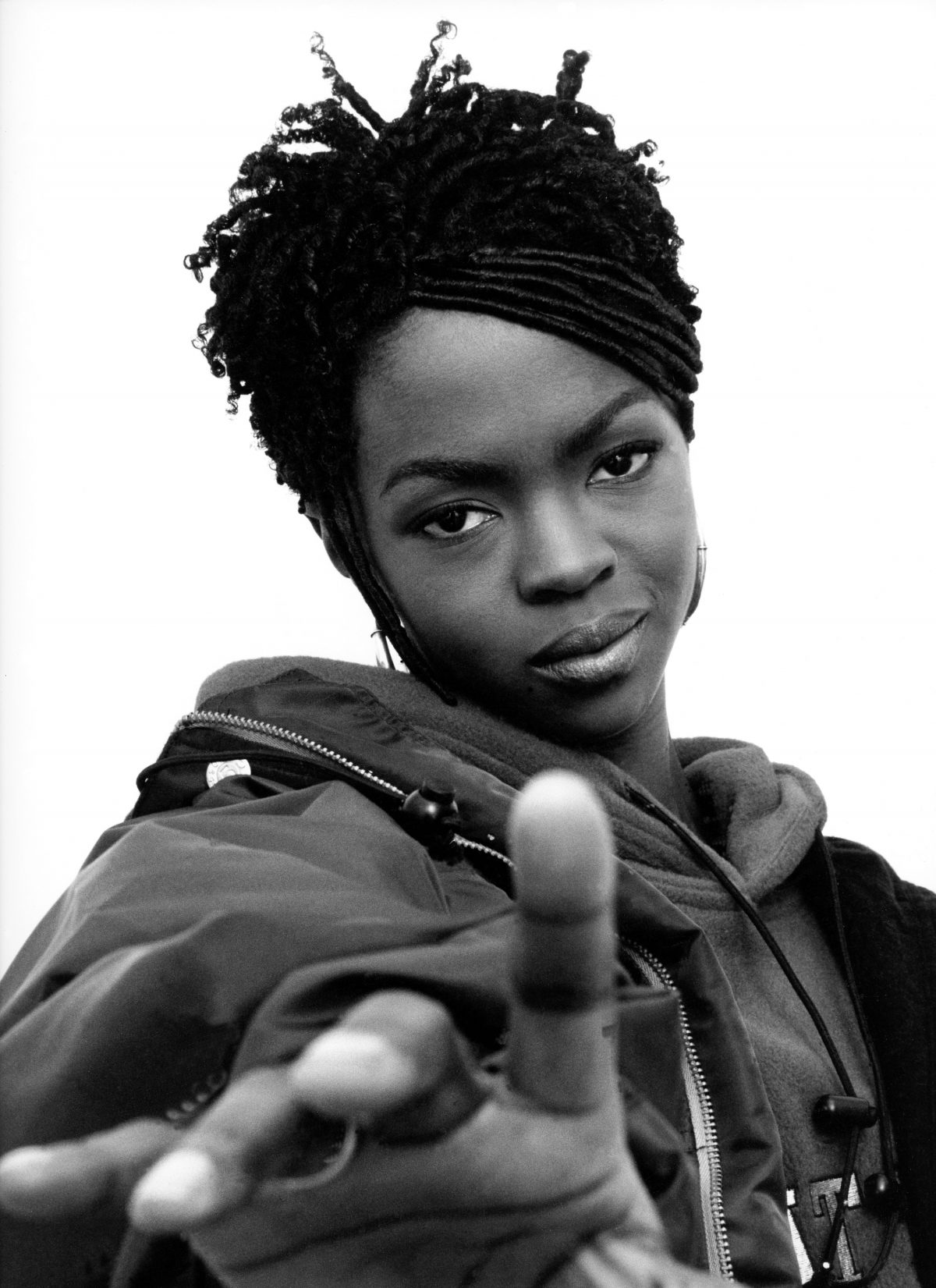 Lauryn Hill and the Fugees, for The Source (1996). Photo by Jayson Keeling. 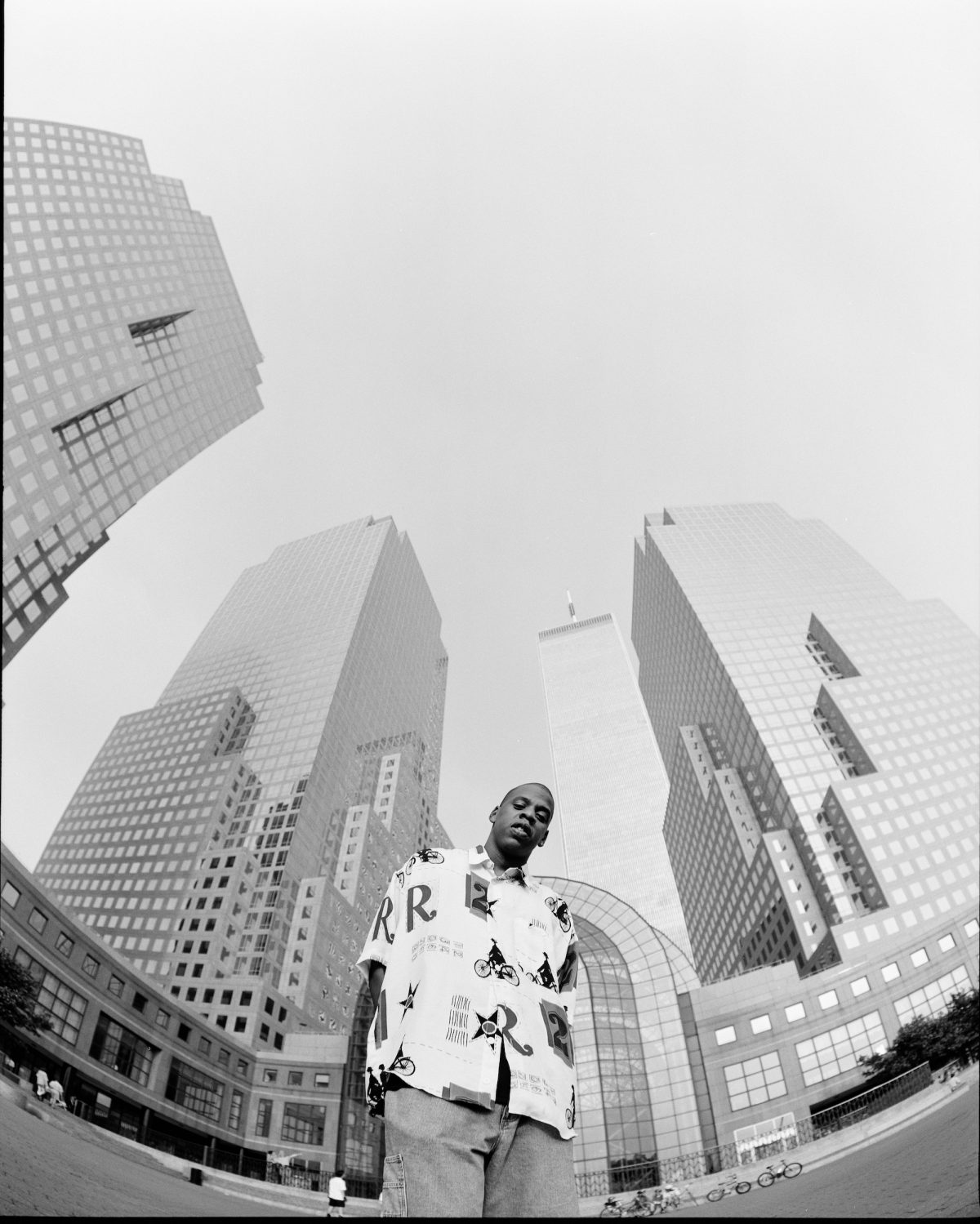 Jay Z – New York City, 2003 – by Armen Djerrahian. In this, his first promotional photoshoot, Jay-Z( nee Shawn Carter) wanted to be captured in front of symbols of wealth 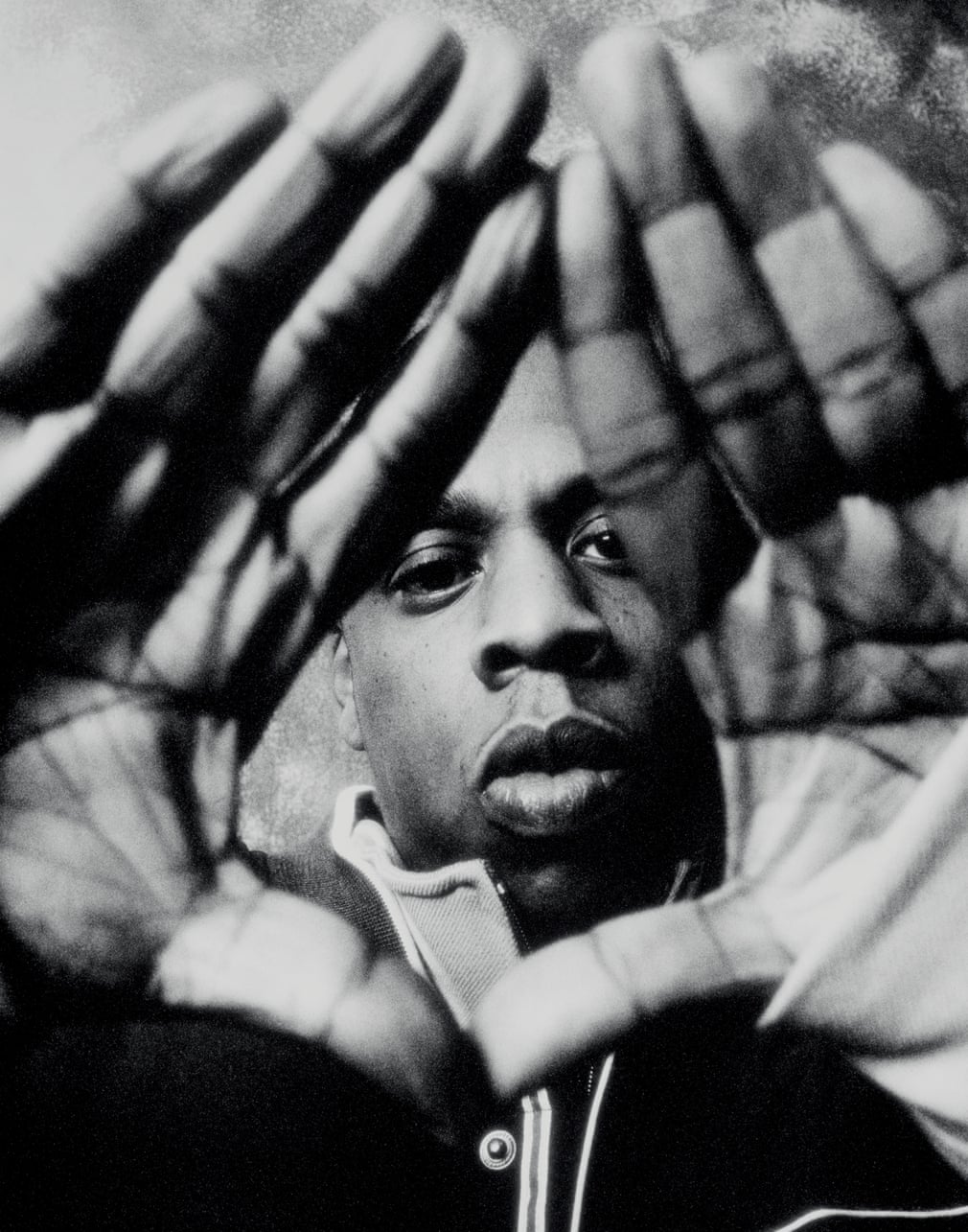 “This pose with the diamond symbol was synonymous with the Roc-A-Fella family and has become one of my best-known shots. But when Jay threw the sign initially, I was almost annoyed because it hid most of his face…

“I was using my Nikon F4 with Polagraph film, which is a very special type of film made by Polaroid that allows you to create a black-and-white slide” 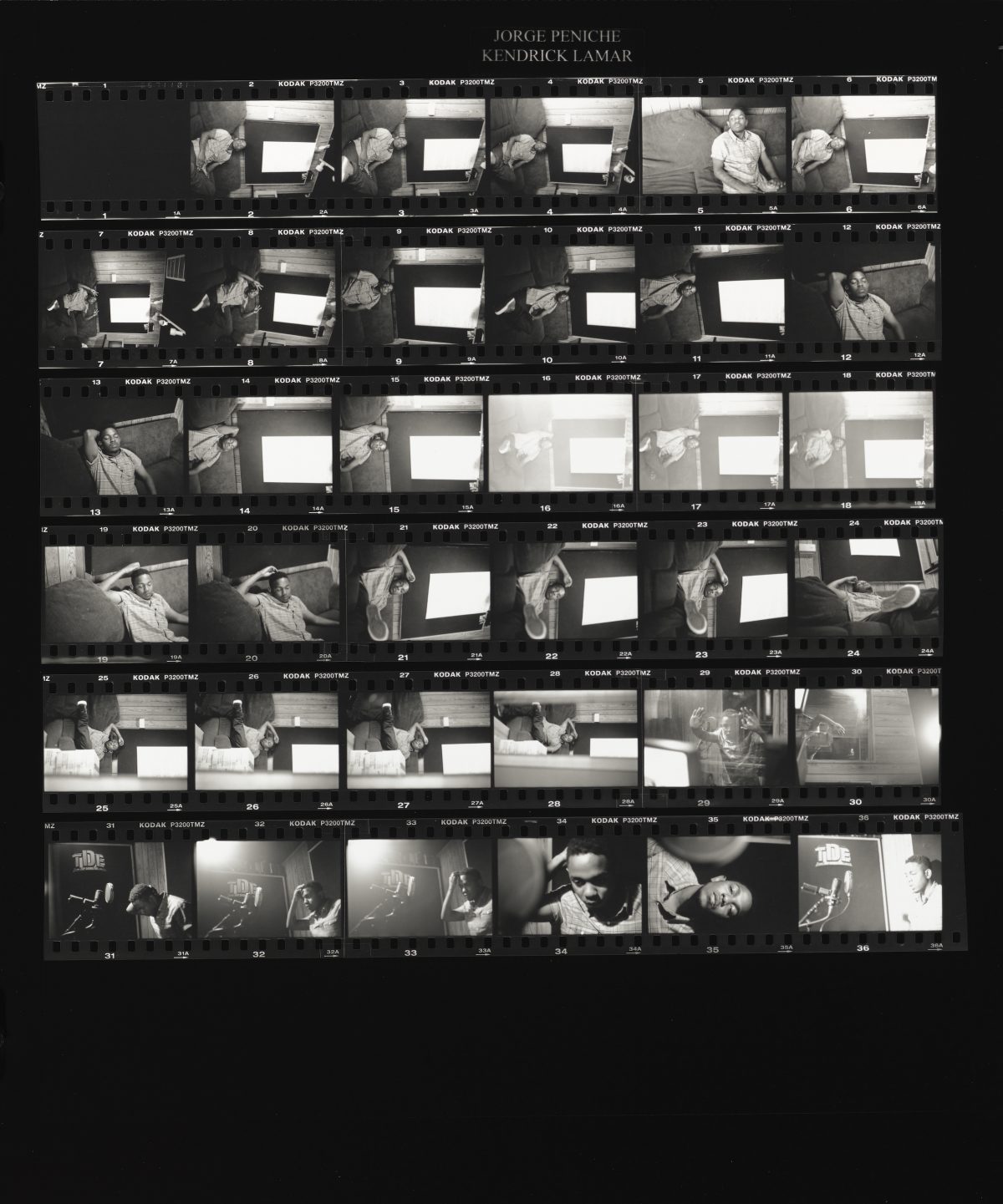 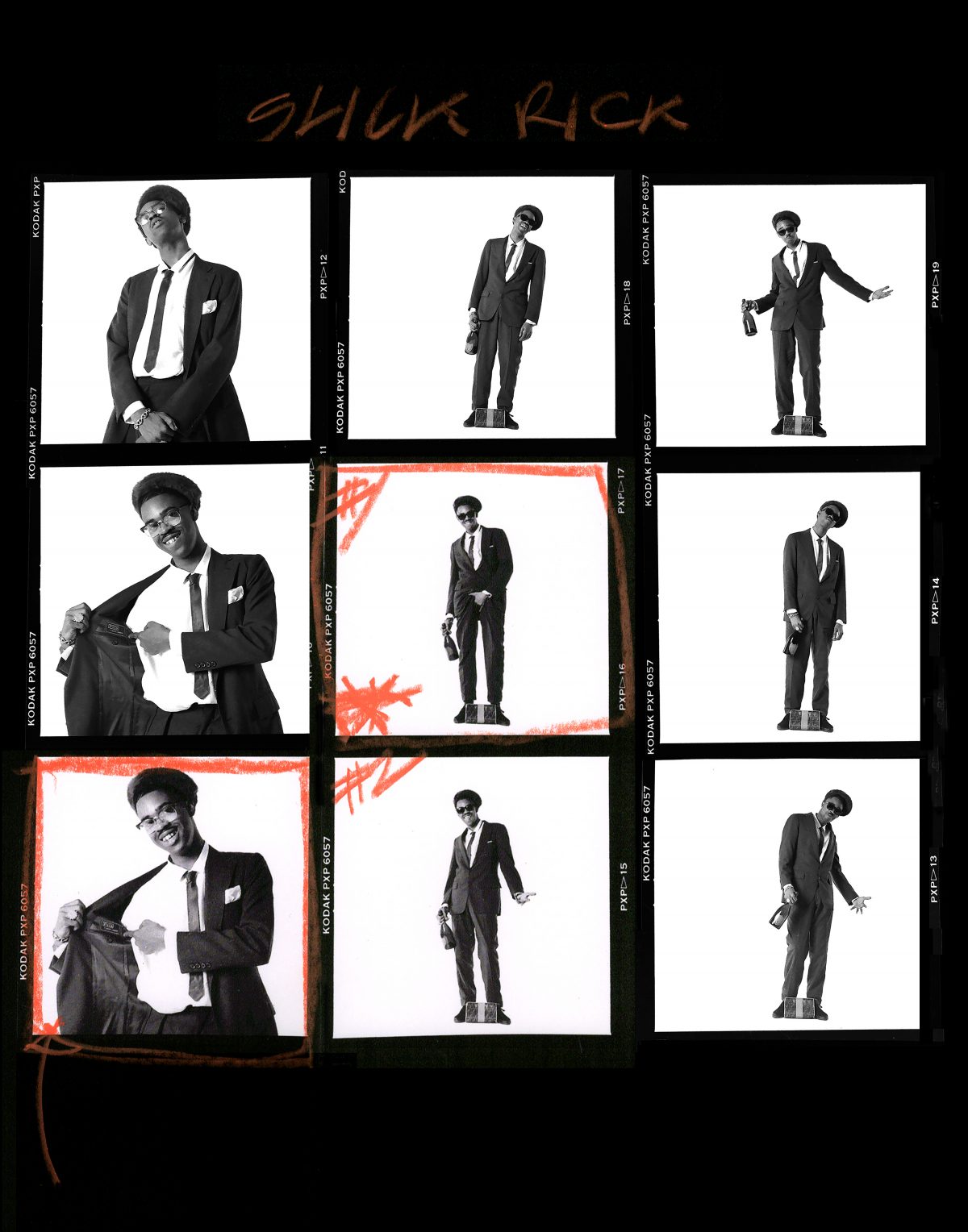 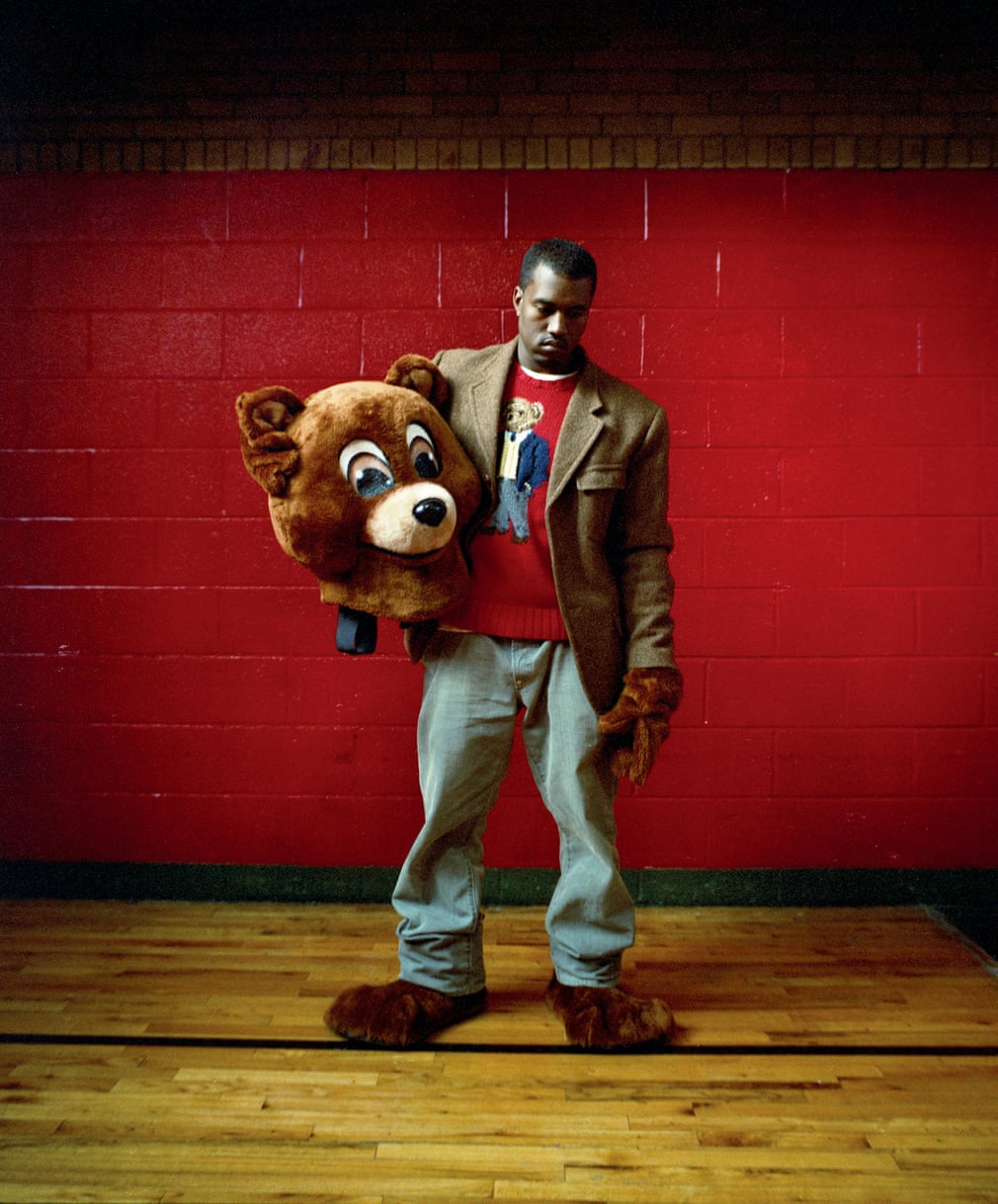 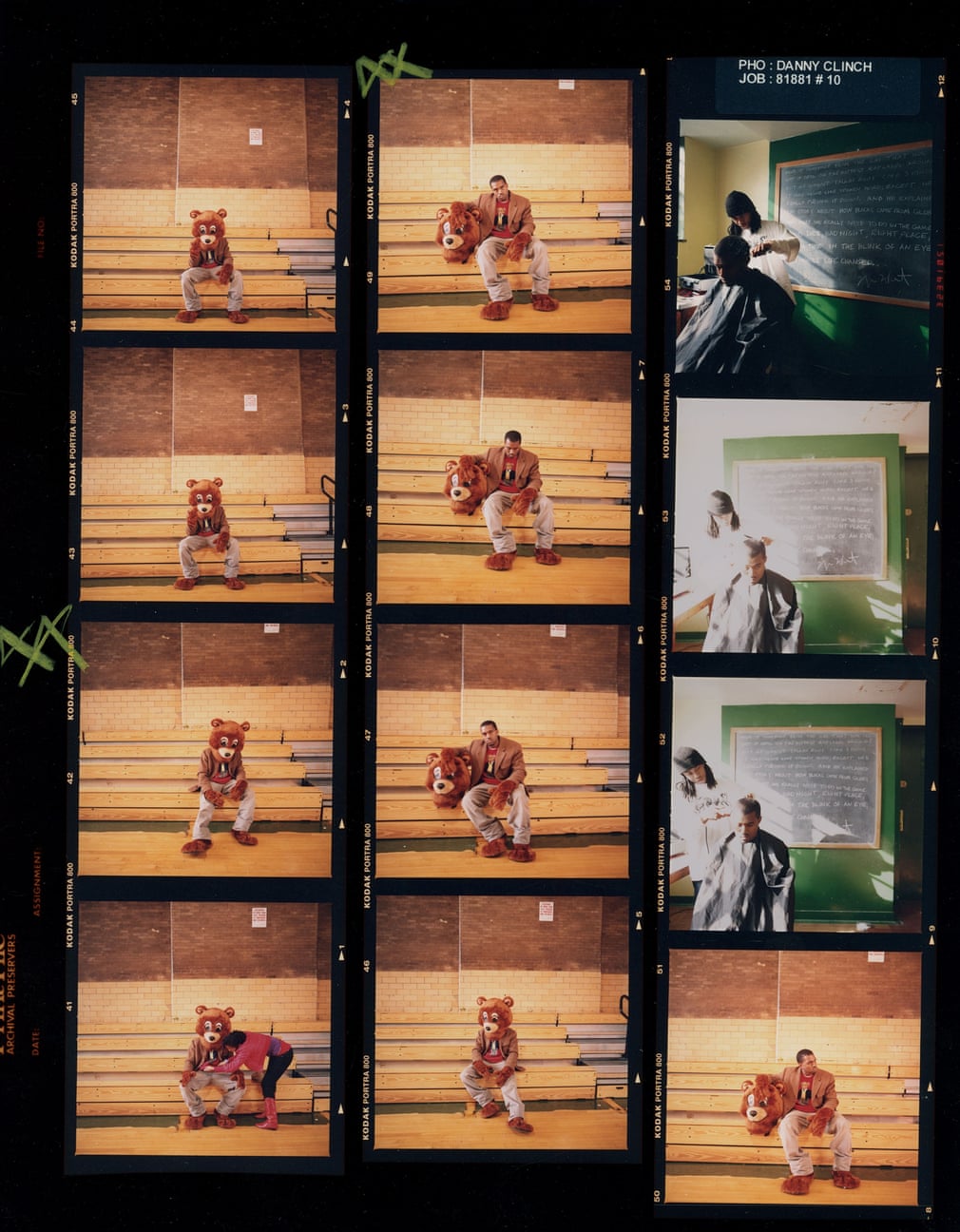 “Kanye was someone who clearly had a vision for what he wanted. By the time I did the cover of this album, I had already done a lot of classic covers and knew how to respect an artist’s vision…

“His style was just really unique, not typical of other hip-hop visuals at the time. He envisioned a high school yearbook theme. I got the sense that he really wanted to take a chance with this debut.” 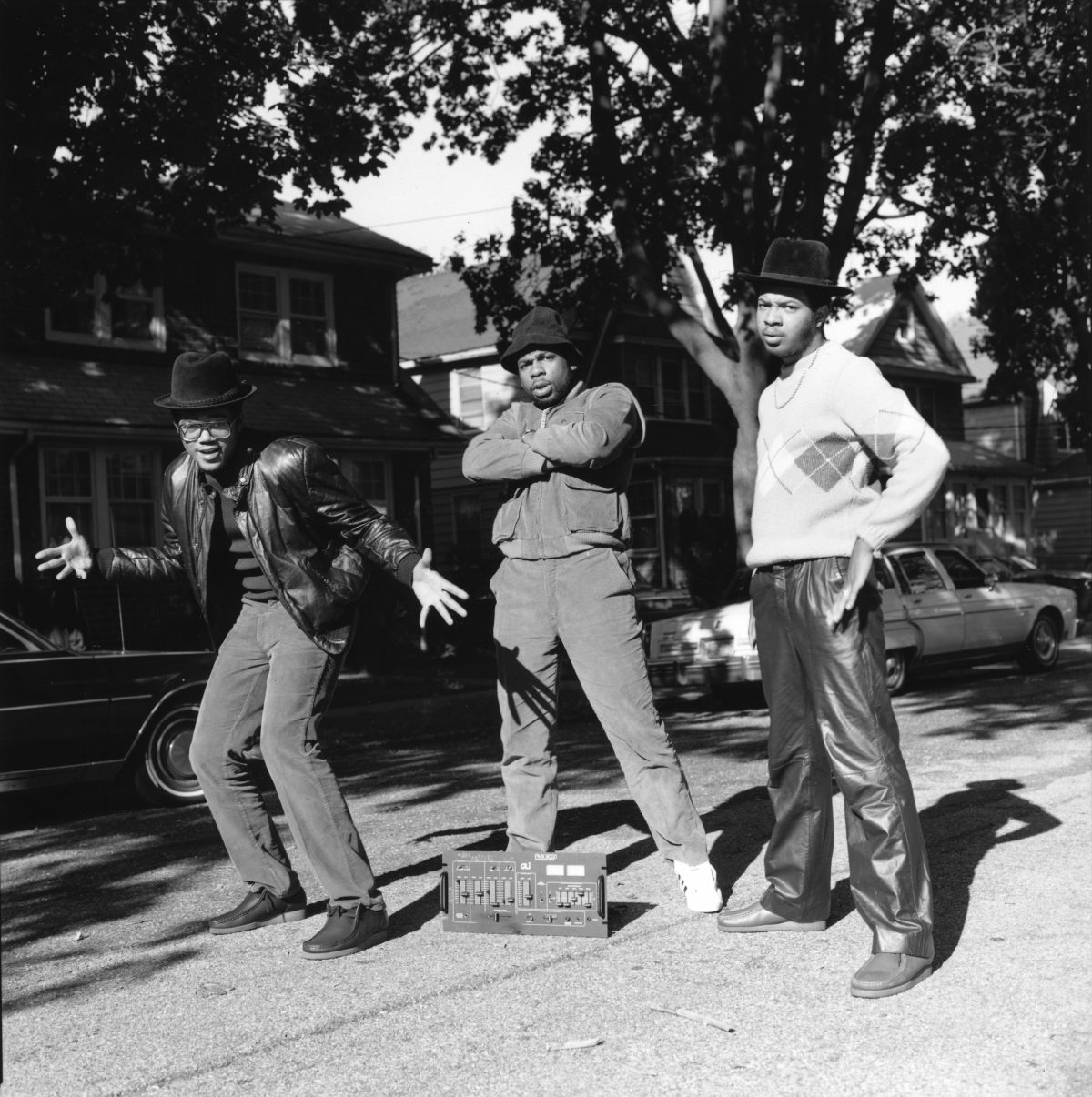 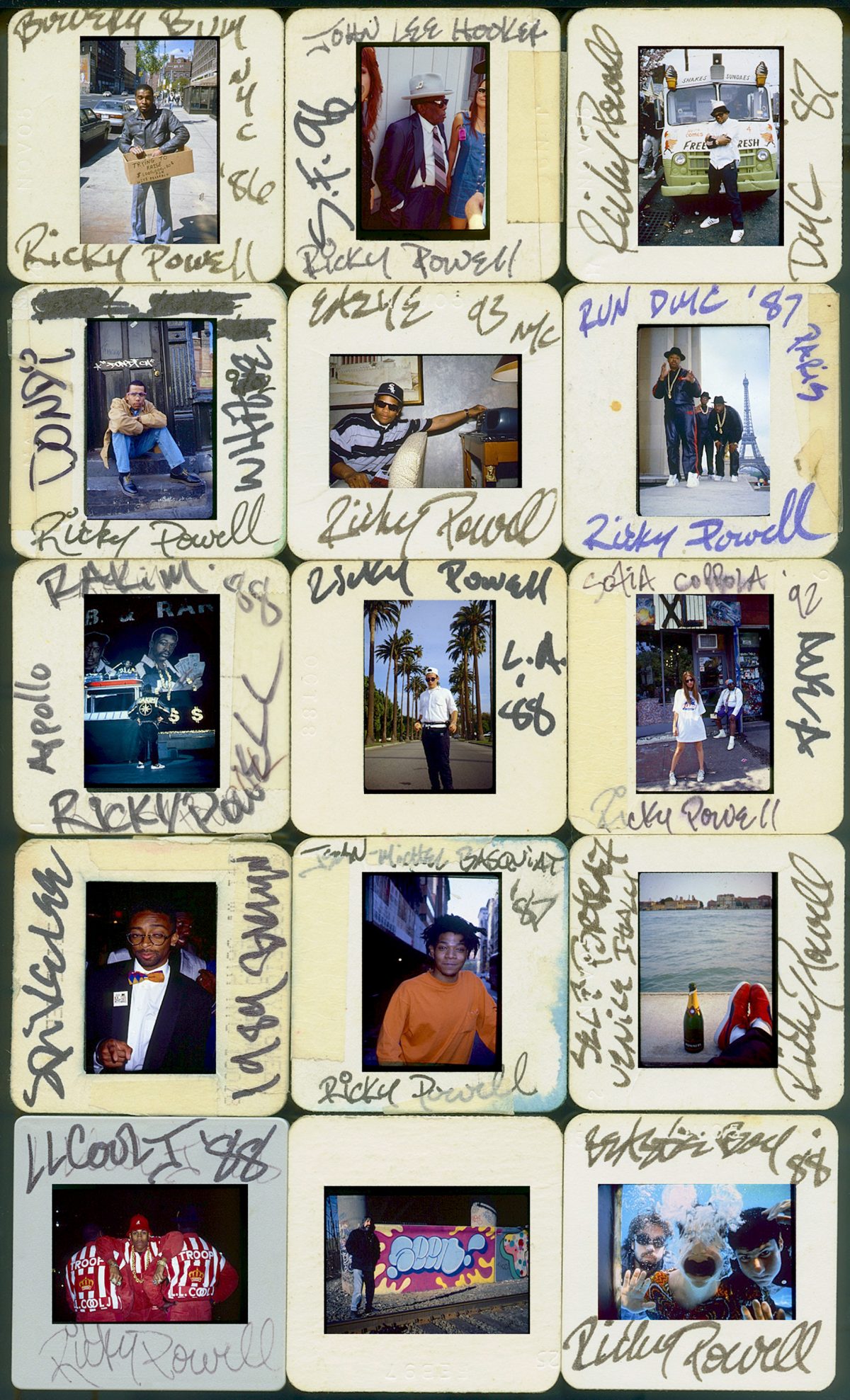 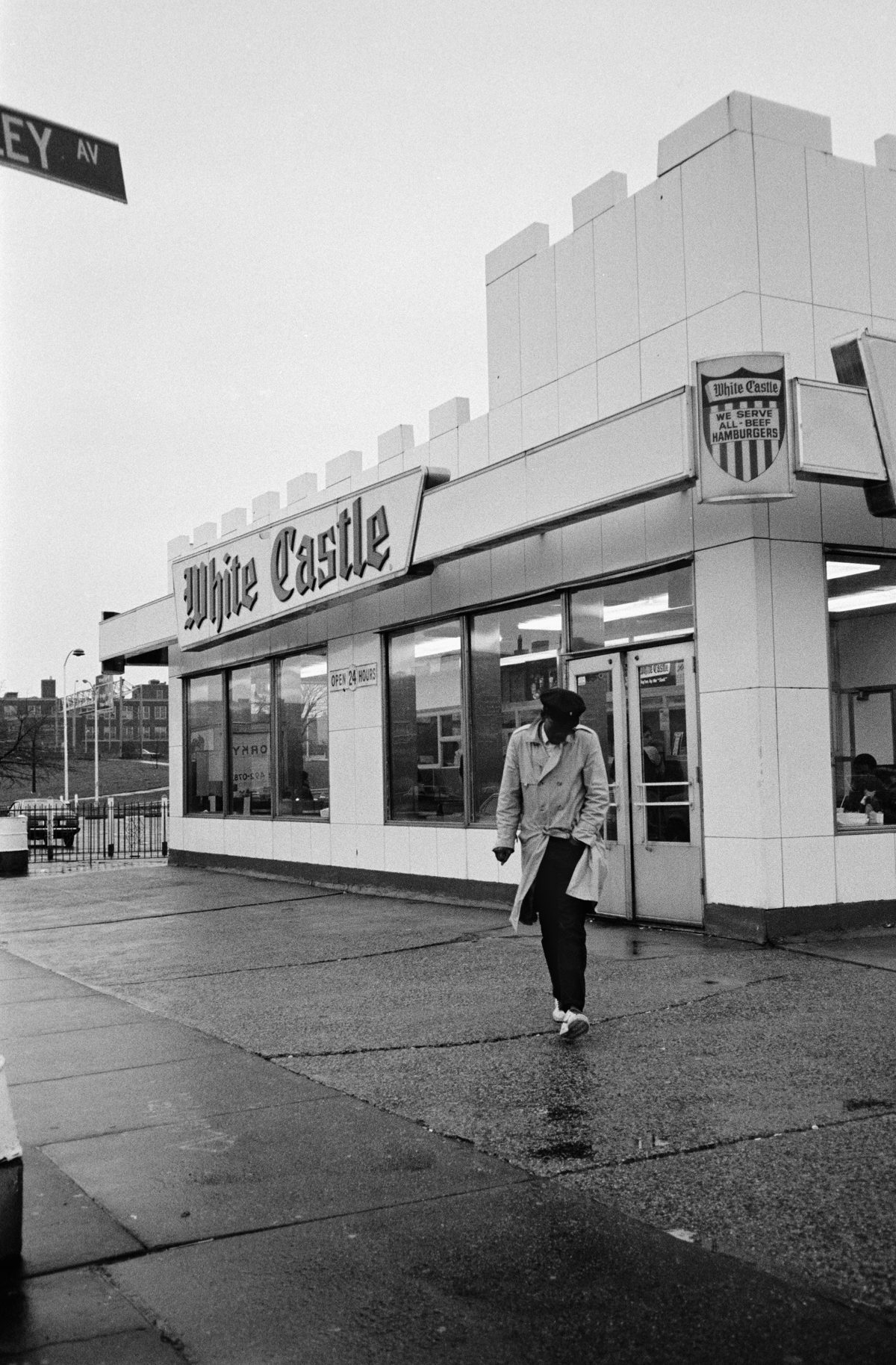 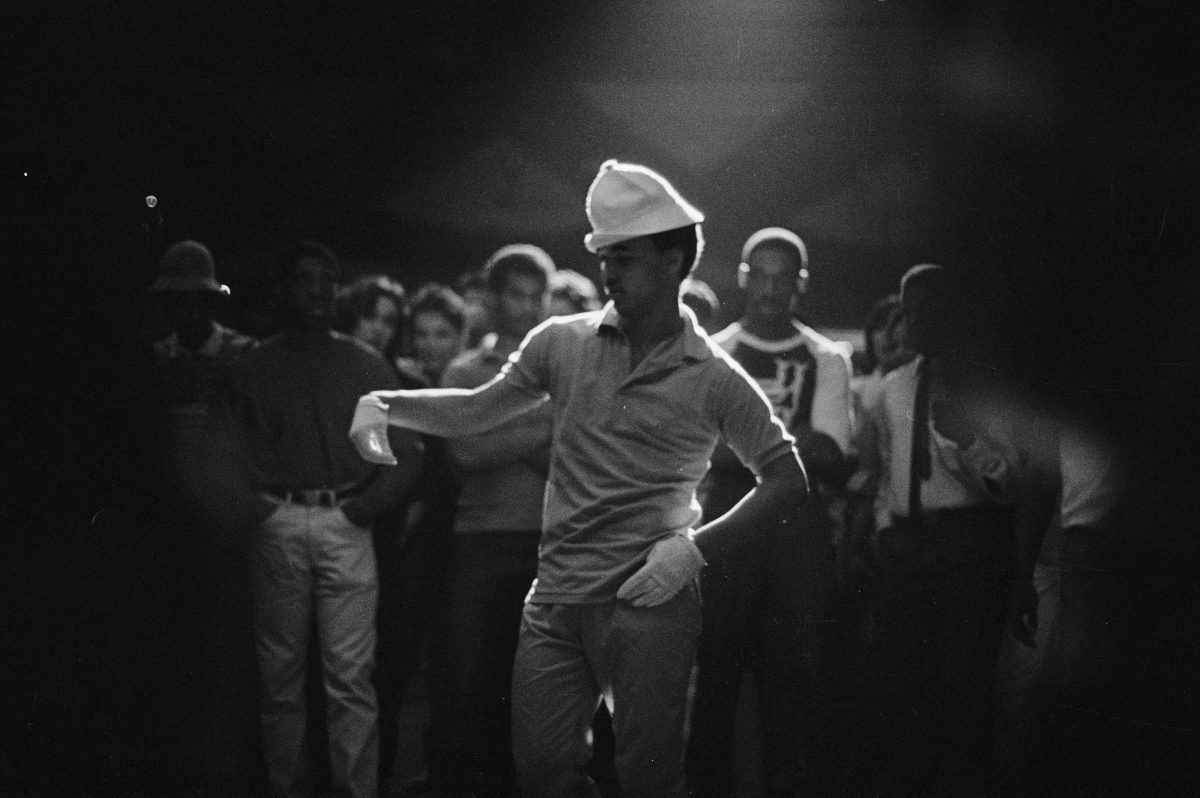 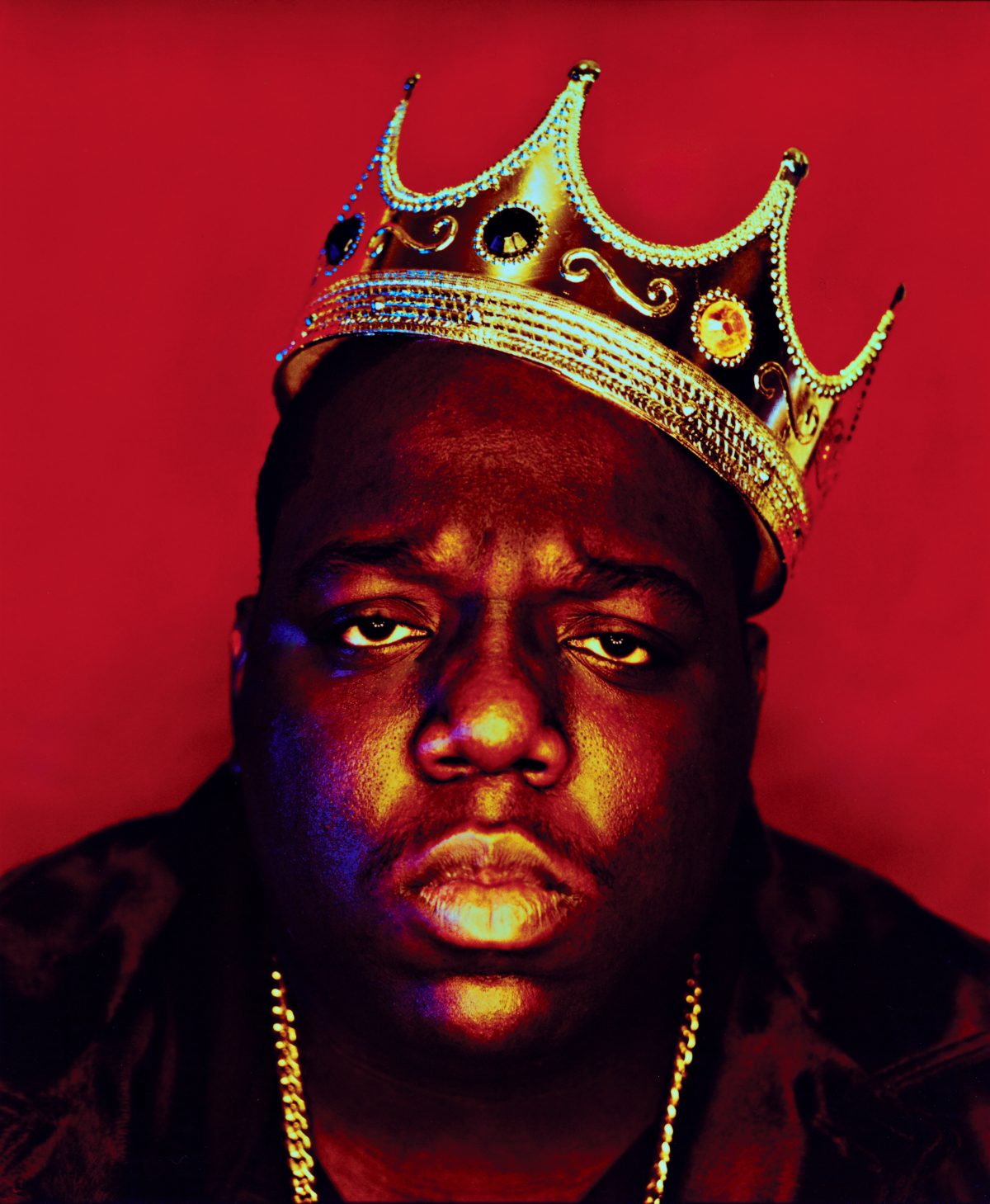 Contact High: A Visual History of Hip-Hop is at the Annenberg Space for Photography in Los Angeles until 18 August. Vikki Tobak’s terrific book can be bought here.