BEFORE you get mad, let me preface this list by saying that being complicated does not equal bad.  For instance, having a billion TV channels to choose from versus the 3-4 we had in the Seventies is a wonderful thing…. but nothing is black and white, all good or all bad.  Increased options have come with a price.  This light-hearted article is focused on the mental cost of all the complexity.  Perhaps someday I’ll discuss all the positive outcomes that have sprung from a life less simple… but that day is not today.  Enjoy. 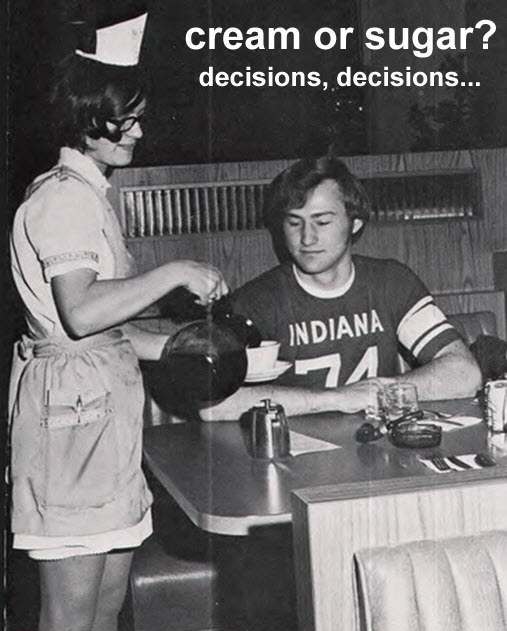 THEN: Your coffee order really only had two options: regular or decaf.  Then it was on to decide on cream or sugar.

NOW: We can still elect to go simple, but the number of options can be headache inducing: “I’ll have one sugar-free, nonfat, no-whip, split-double upside-down soy milk caramel macchiato, please.” 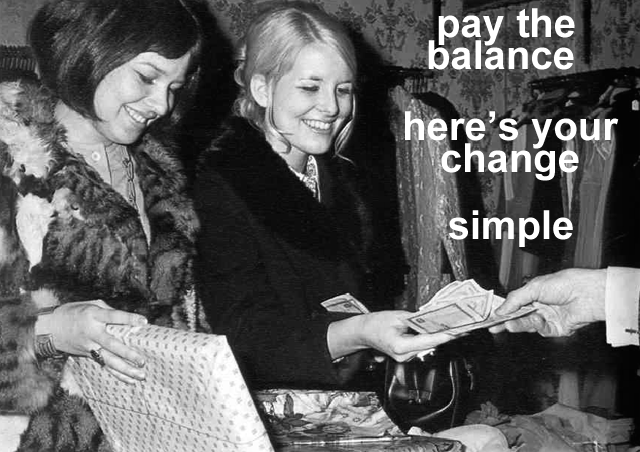 THEN:  People paid by check or cash.  There really was no decision to be made – you just gave them your money.

NOW: “Would you like to use your buyer’s rewards card? Apply for our platinum benefits credit card to earn ten points on every transaction over one thousand dollars, redeemable on the website when you become a rewards member.  You’ll also earn ten percent off the warranty, be eligible for a purely fictitious rebate, and receive hourly emails announcing irrelevant sales if you activate the card by midnight.” 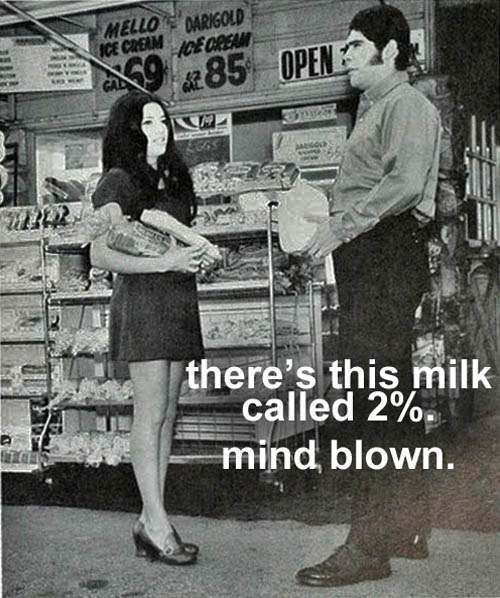 THEN: No supercenters with billions of choices; at worst, you had to choose from three to four brands.  Most of the store was meat and produce anyway.

NOW: Your average store has one square mile of chips…. will those chips be Cool Ranch, Organic Sea Salt, or Mega-Cheddar Ultra-Jalapeno?  Brace yourself before you enter the toilet paper aisle.  Will you purchase the luxuriously thick four-ply, the eucalyptus scented recycled two-ply, or the El Cheapo painful-on-the-ass single-ply? 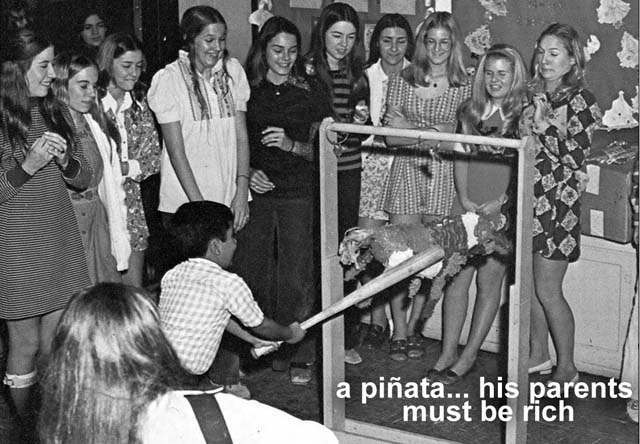 THEN: Planning your child’s b-day party was oh so very simple.  Kids came to eat cake and maybe a round of pin-the-tail-on-the-donkey.  Expectations were low.

NOW: You may need to take out a second mortgage on your home.  Will you rent out a roller rink, or maybe one of those places with inflatable slides?  Can you imagine the scandal if you sent the guests home without party favors?  But then, all the guests are expected to bring reasonably expensive gifts for every single party they attend (which can be every week during a school year), so I suppose the misery and financial ruin is evenly dispersed. 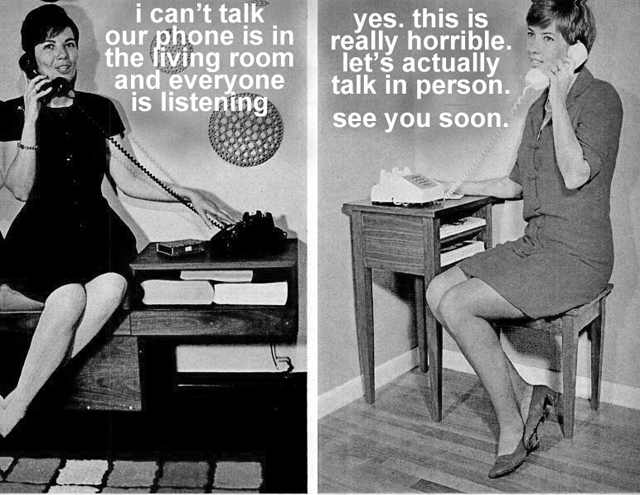 THEN: Basically a receiver and a base – no frills.  And you were tethered by a cord, so you couldn’t roam.

NOW: Emails, texts, voicemails, tweets, Facebook posts, Instagram updates- all at your fingertips every waking (or sleeping) minute of your life.  The smartphone has become sort of an electronic bodily organ – although, it’s probably more valuable than a kidney…. and no contest versus the spleen. 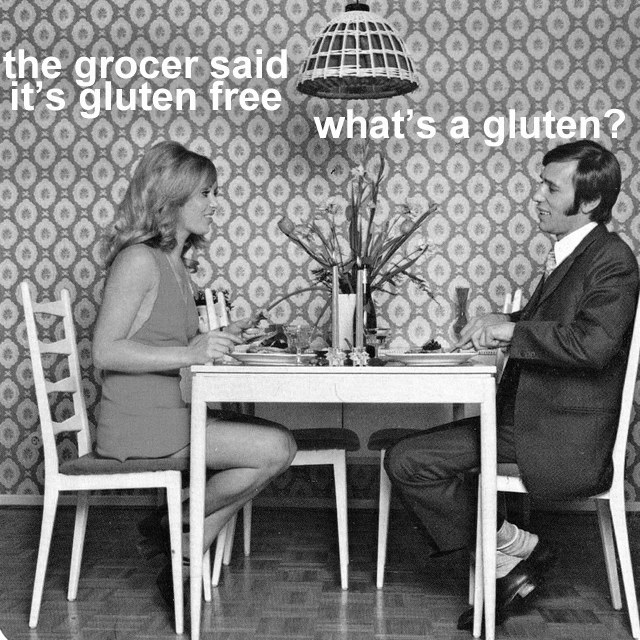 THEN: Selection was limited. Meats and veggies.

NOW: “Should I go gluten-free?  Maybe I should avoid carbs – but is whole-wheat okay?  I’ll definitely need to go fat-free… but there’s a good fat and a bad fat, and I’ve forgotten which is which.  I’d like an apple, but I heard the pesticides cause cancer.  I could go for some milk, but I hear they mistreat cows.  Spaghetti sounds nice, but the organic brand is double the cost, and I feel guilty feeding my kids non-organic…… f**k it, I’ll go to McDonald’s.” 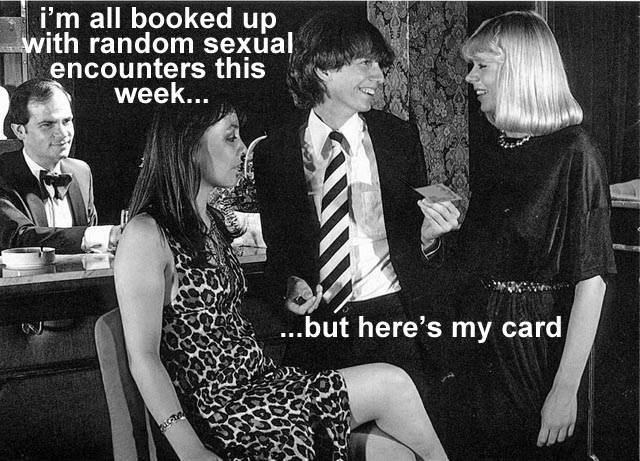 THEN:  A quick stop at the disco or the local bar, and let the chips fall where they may.  It was the Seventies, after all.  The Sexual Revolution did come with some fringe benefits.

NOW:  After the disease-laden fallout from the Seventies, things took a clinical turn.  Plus, that annoying guy is likely to text you for the next six years.  And don’t forget to meticulously untag Facebook photos and update your bio…. oh, and it’s very likely that the guy or girl you meet will have serious emotional baggage – we’ve gotten so delicately sensitive over the years.  When you finally say “to hell with it” and hook up with the psycho, be prepared for the inevitable social media shitstorm and pray it doesn’t land on YouTube. 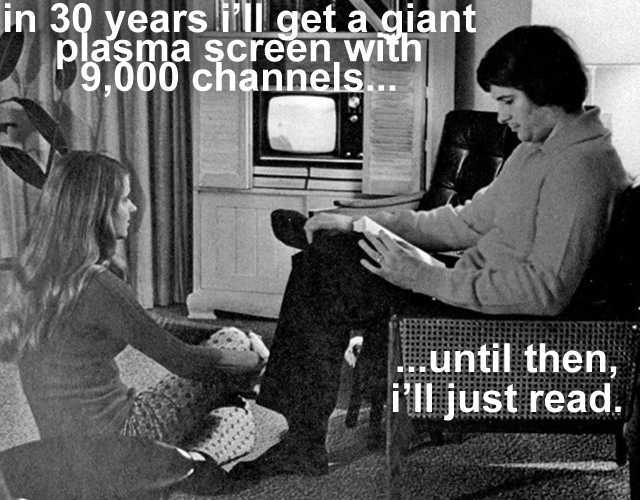 THEN: As mentioned in the intro – we had about 3 channels to choose from.  VHS came later.

NOW: You could watch something you recorded via DVR/TiVo… or maybe there’s something actually live (heaven forbid) among an uncountable number of channels.  Of course, there’s always Netflix or Hulu… then there’s that massive stack of DVDs you have lying around.  You’ve heard good things about House of Cards, but need to catch up on Game of Thrones, but you haven’t watched the news in ages and feel out of touch, but then something mindless like a YouTube video would go well right now….. better just play Xbox.