Police officers battle with rival soccer fans at the end of the FA Cup semi final between Everton and Southampton at Highbury, London. At least 80 people were said to be arrested. 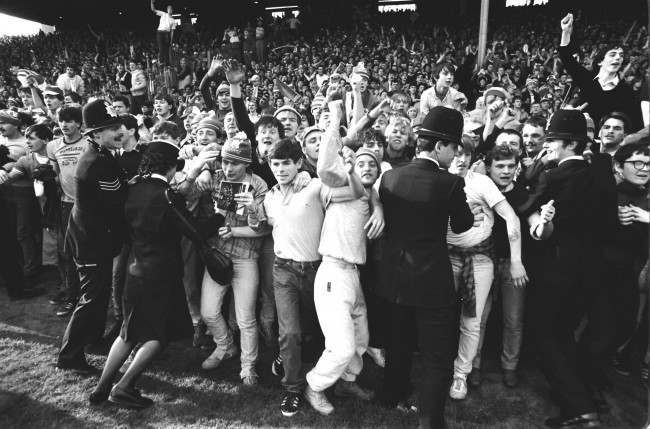 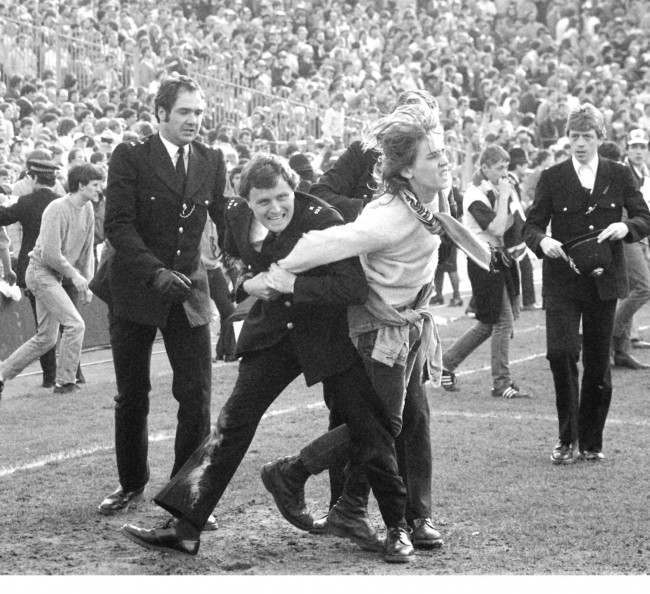 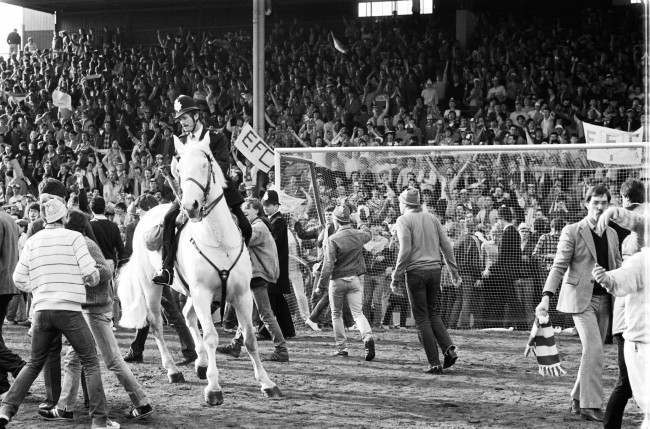 The noise, the passion and Brian Moore, the best footballer commentator of them all. (There never were fences at Highbury. thank god): 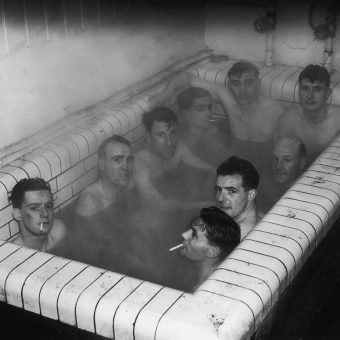