Any child of the 1970s well remembers the metal lunch pails – always decorated with some pop culture design.  That design could be a thing of great pride: Evel Knievel, The Six Million Dollar Man, and Kiss lunchboxes could be the envy of the middle-school lunchroom.  On the other hand, if you had parents who purchased your lunchbox without your consultation or input, things could get dicey, as these lunchboxes clearly demonstrate. 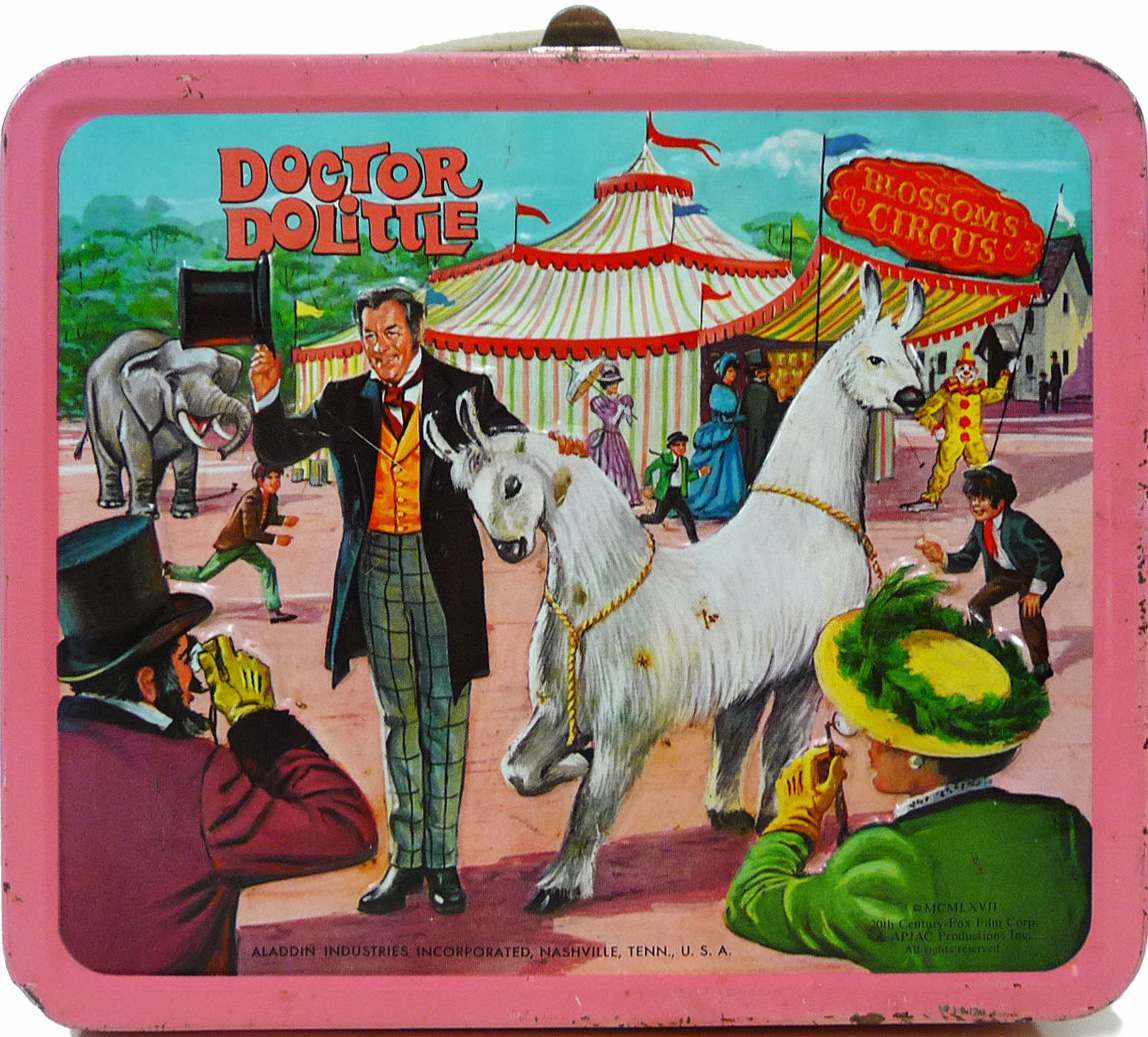 Can you even imagine the moment of horror when your mother unveils the new lunchbox she bought for you… and it’s a Doctor Dolittle lunchbox?  I’m sure mom translated the convulsive sobbing as tears of joy. 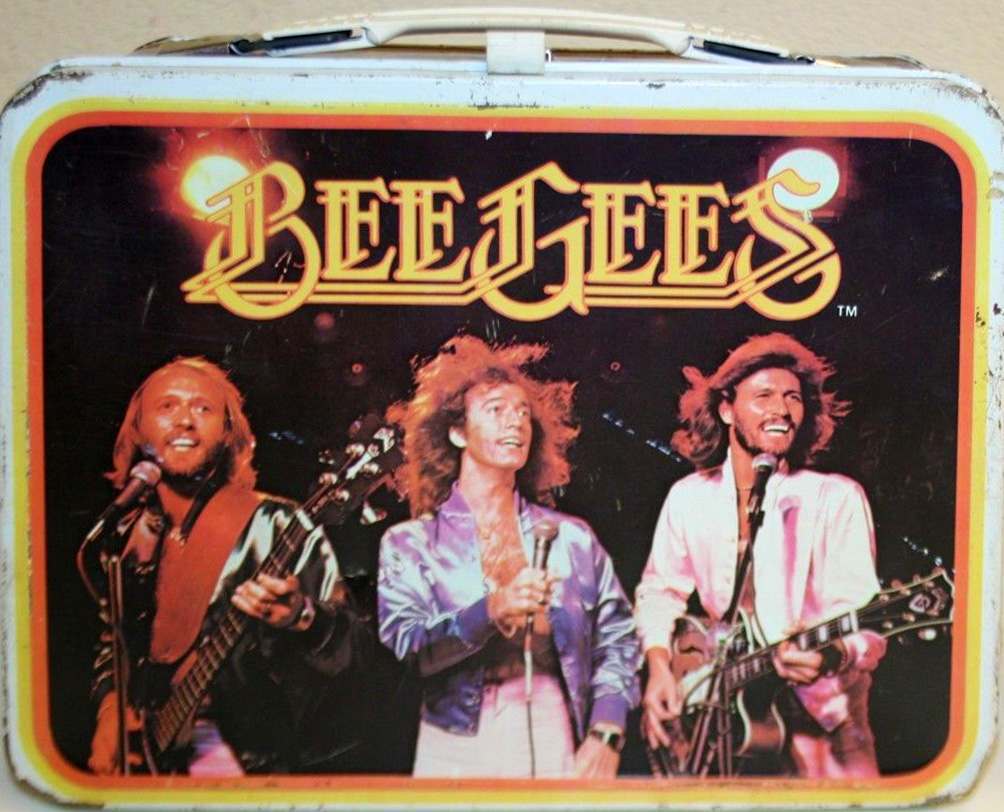 Yes, I know.  The Bee Gees were actually cool before disco bit the dust.  So, a Bee Gees lunchbox might not have gotten you mercilessly teased in 1978.  Sure, a Ramones lunchbox would have been cooler, but we’re talking about nine year olds.

And yet, even among disco-loving nine year olds this wasn’t acceptable… 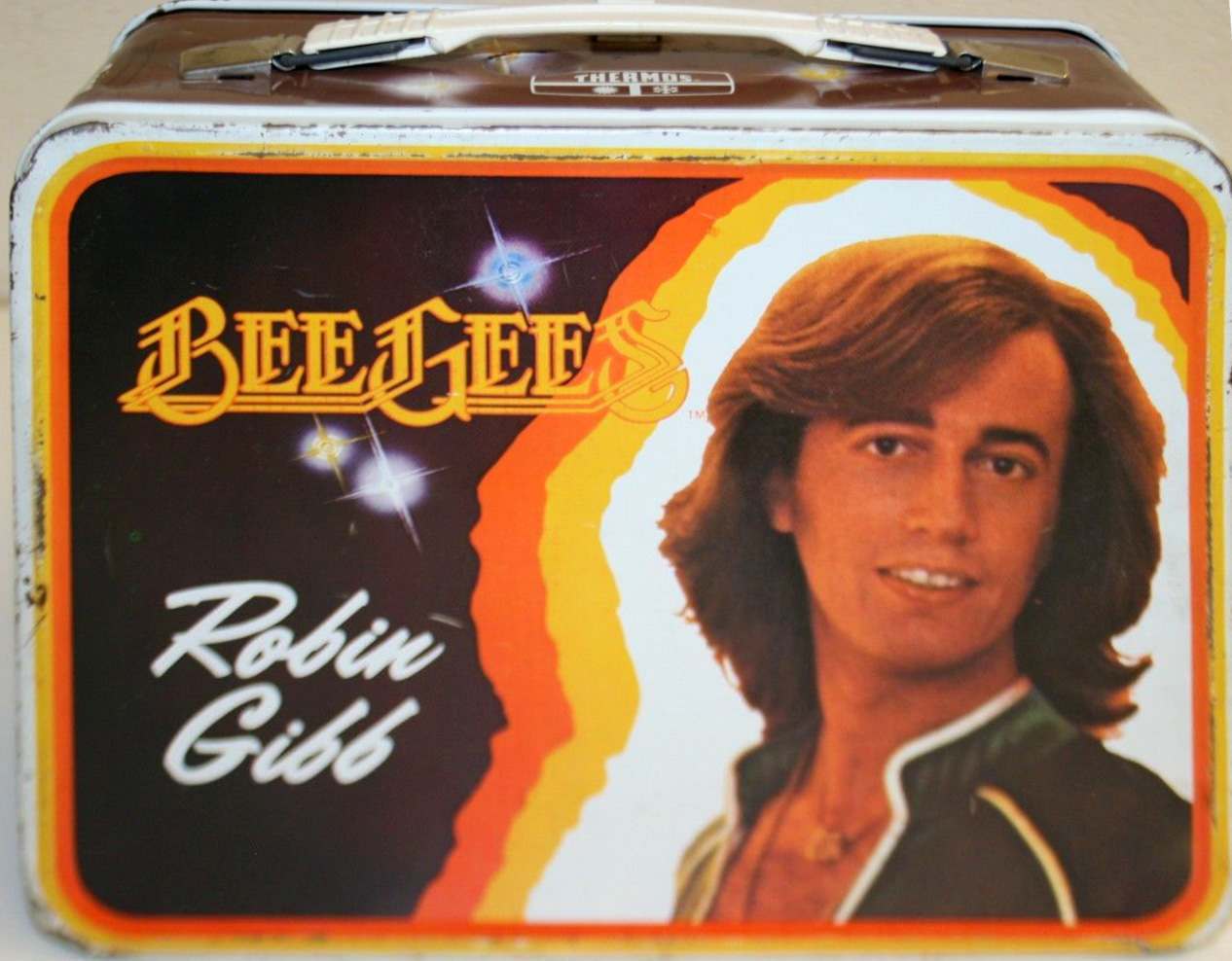 Would a Maurice lunchbox have been any better?  It wouldn’t have saved you from the beating you’d no-doubt be receiving at end of schoolday. 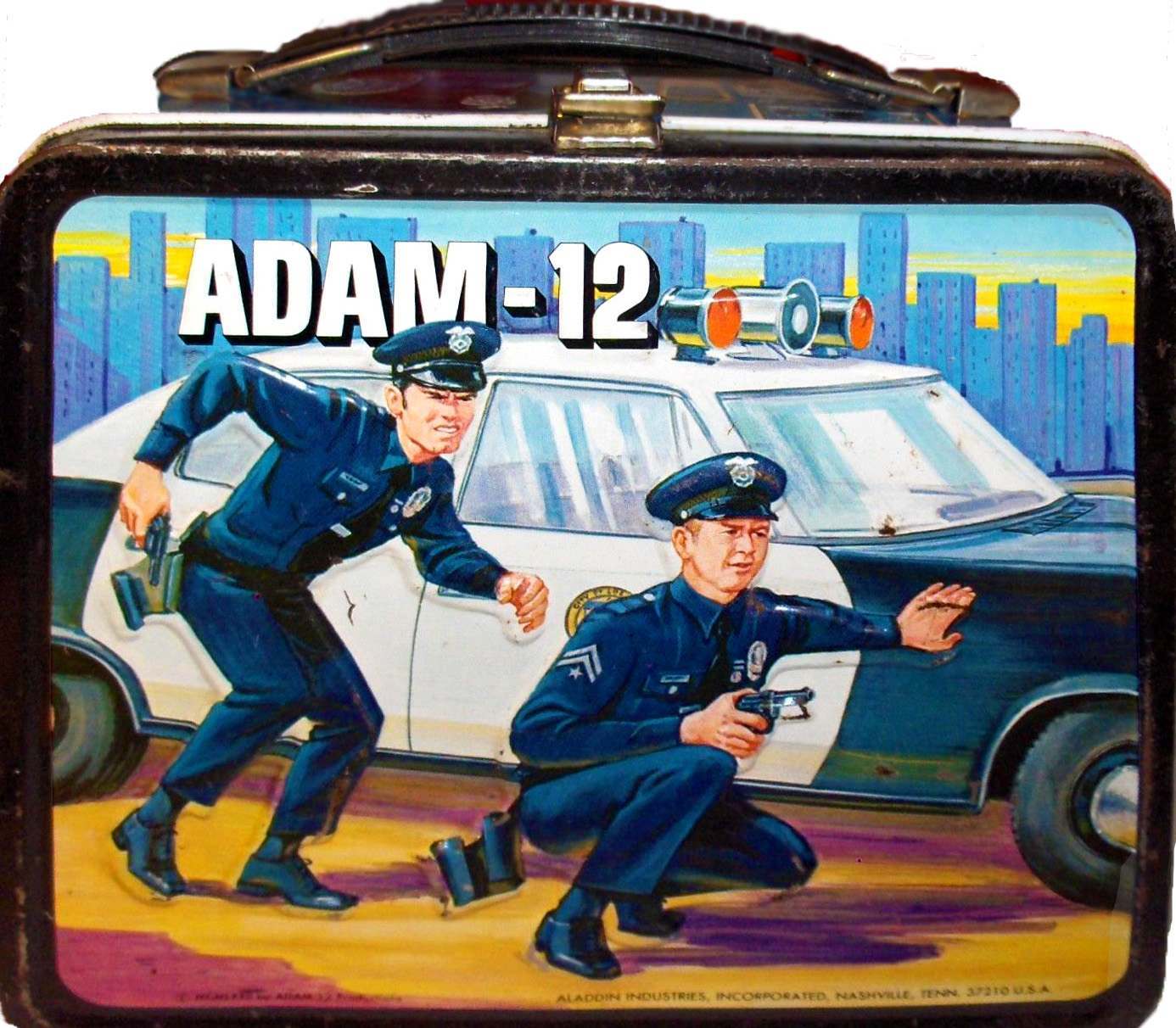 Okay, an ADAM-12 lunchbox is something I can get behind.  There’s no shame in lunch pails sporting the likeness of badasses Malloy and Reed.  However, let us not forget that lunchboxes came with two sides, and side B often spoiled a potentially respectable lunchbox… 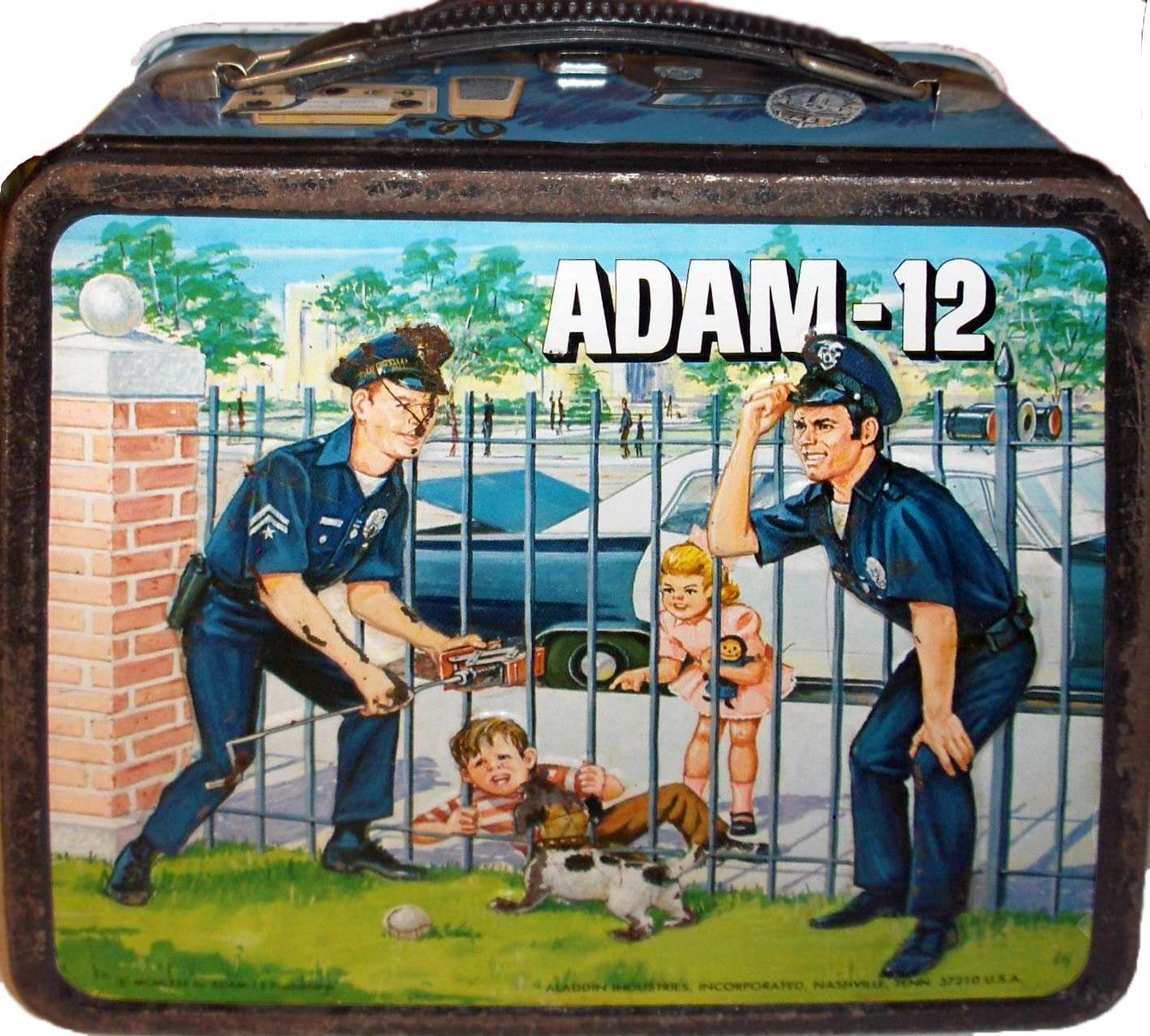 Any cool points earned by Side A (the side that opened) were destroyed by this shameful mess.  Why would anyone want a picture of their TV heroes looking like senseless idiots getting a dumb kid’s head unstuck from a gate?  Who came up with this idea? 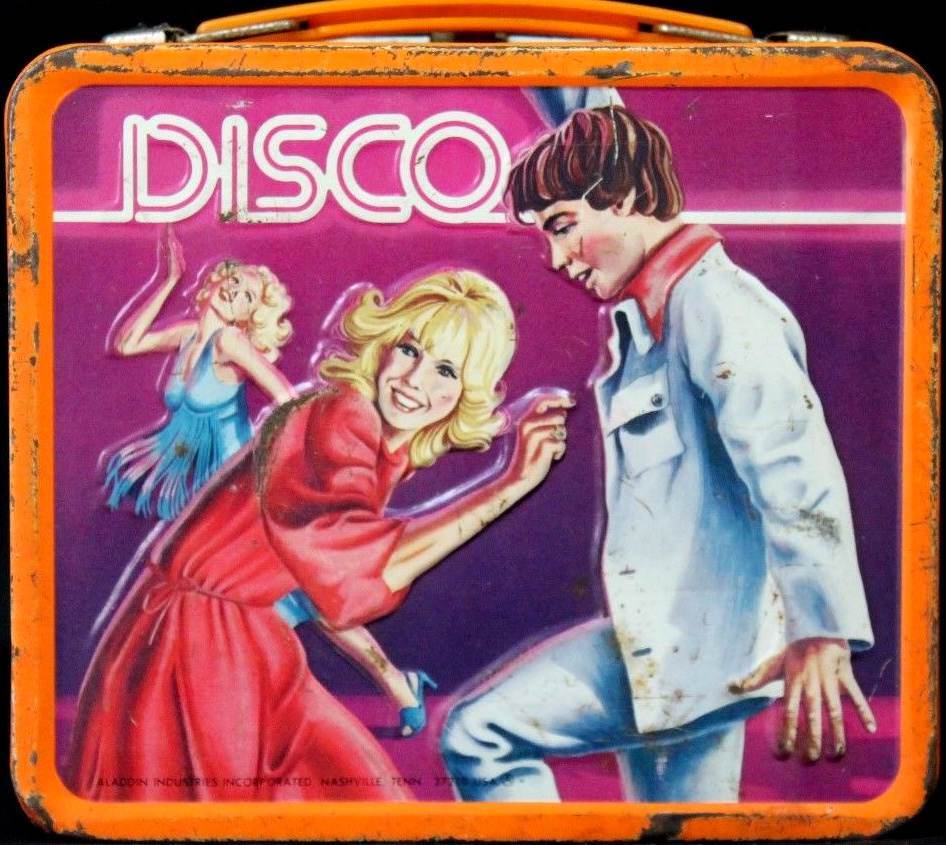 If you look close enough you can see the dried bloodstains from the countless beat-downs experienced by the poor unfortunate owner of this lunchbox.  And what’s the story with this artwork, anyway?  Why is this woman pointing at this young man? And what’s a coked-up disco-dolly doing in the background of lunch pail art in the first place? 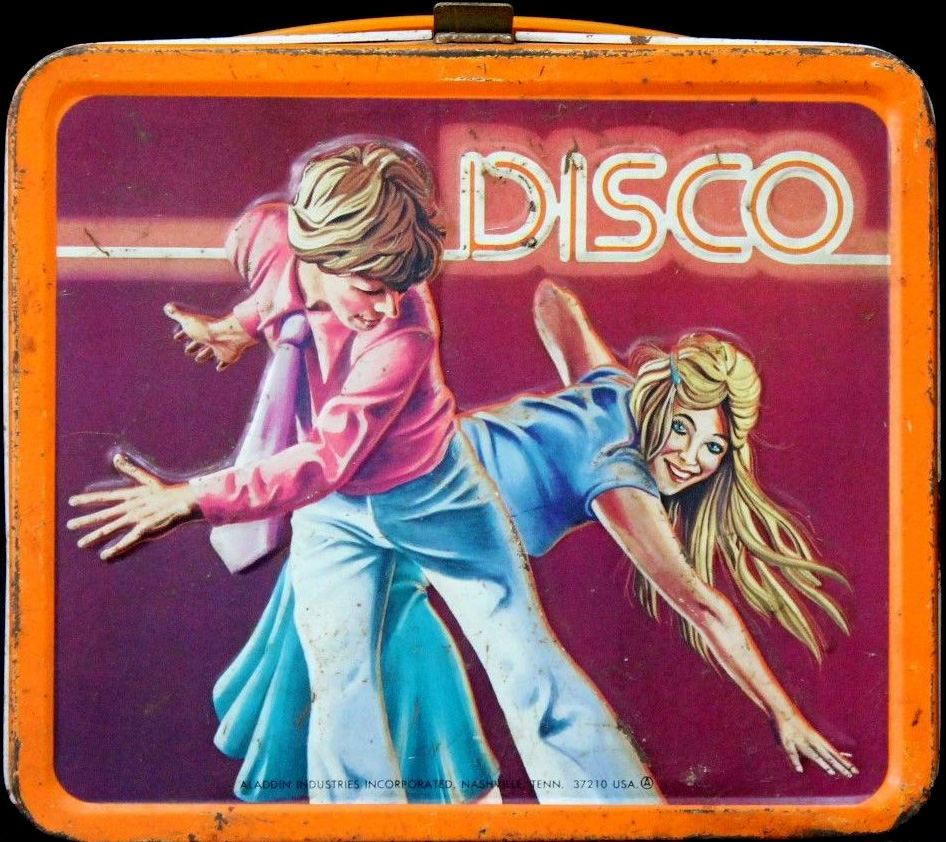 Sadly, the other side is no better. 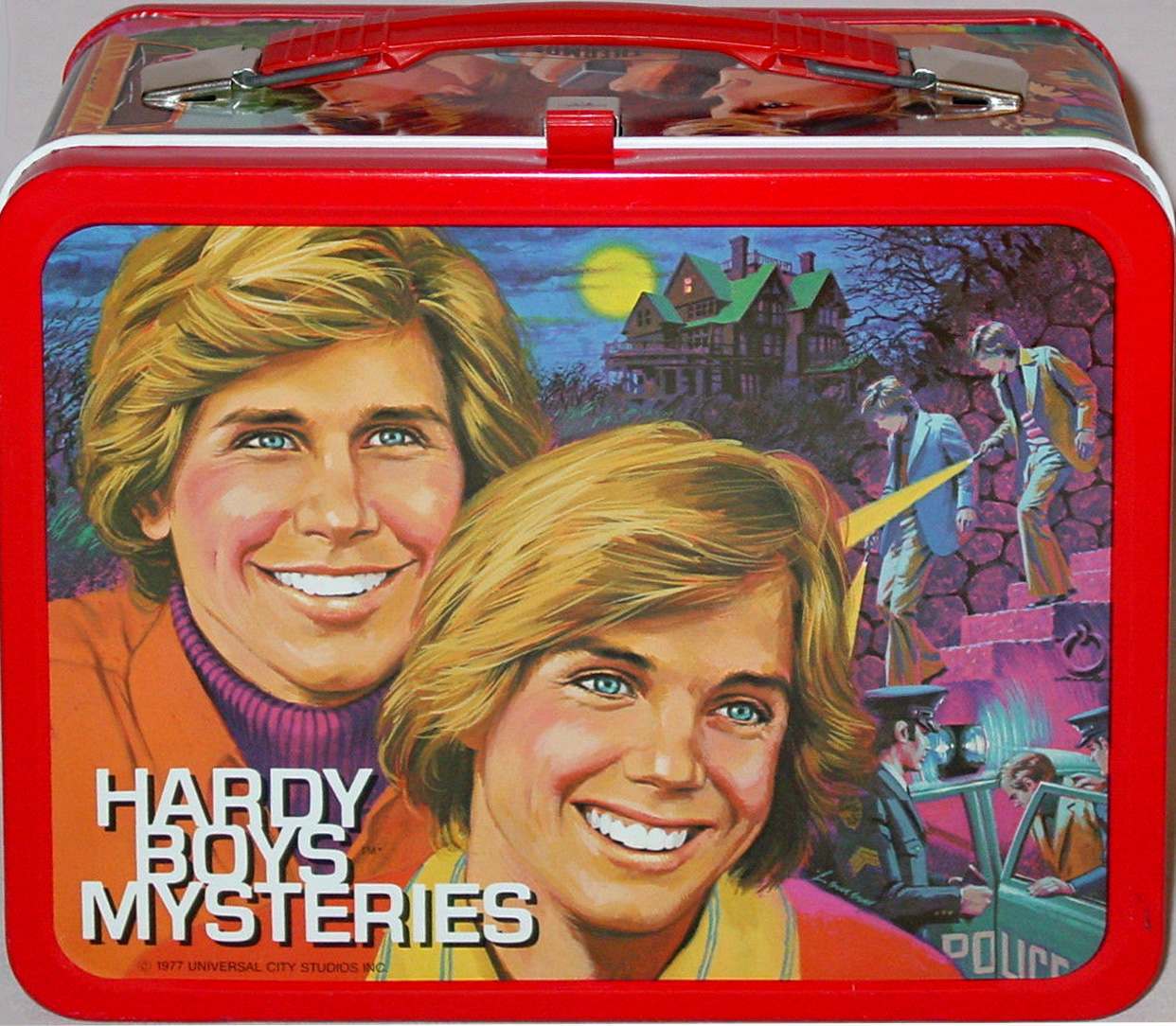 I suppose it may have been okay for a girl to bring to school a lunchbox featuring Parker Stevenson and Shaun Cassidy.  However, if these rosy cheeked heartthrobs carried a boy’s bologna sandwiches, trouble lay ahead. 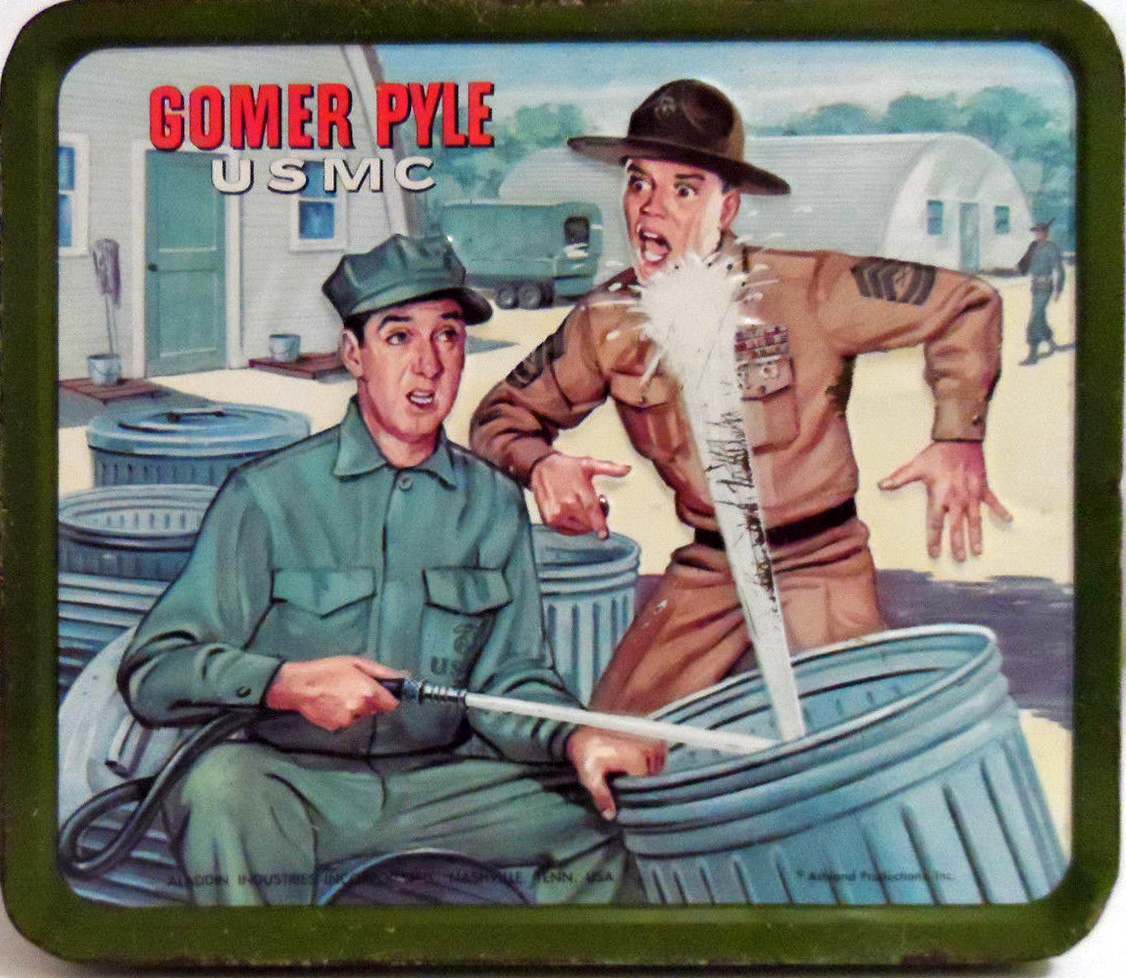 Dear God.  Even aside from the well-traveled rumor that Jim Nabors was gay, this is still an awful lunchbox. 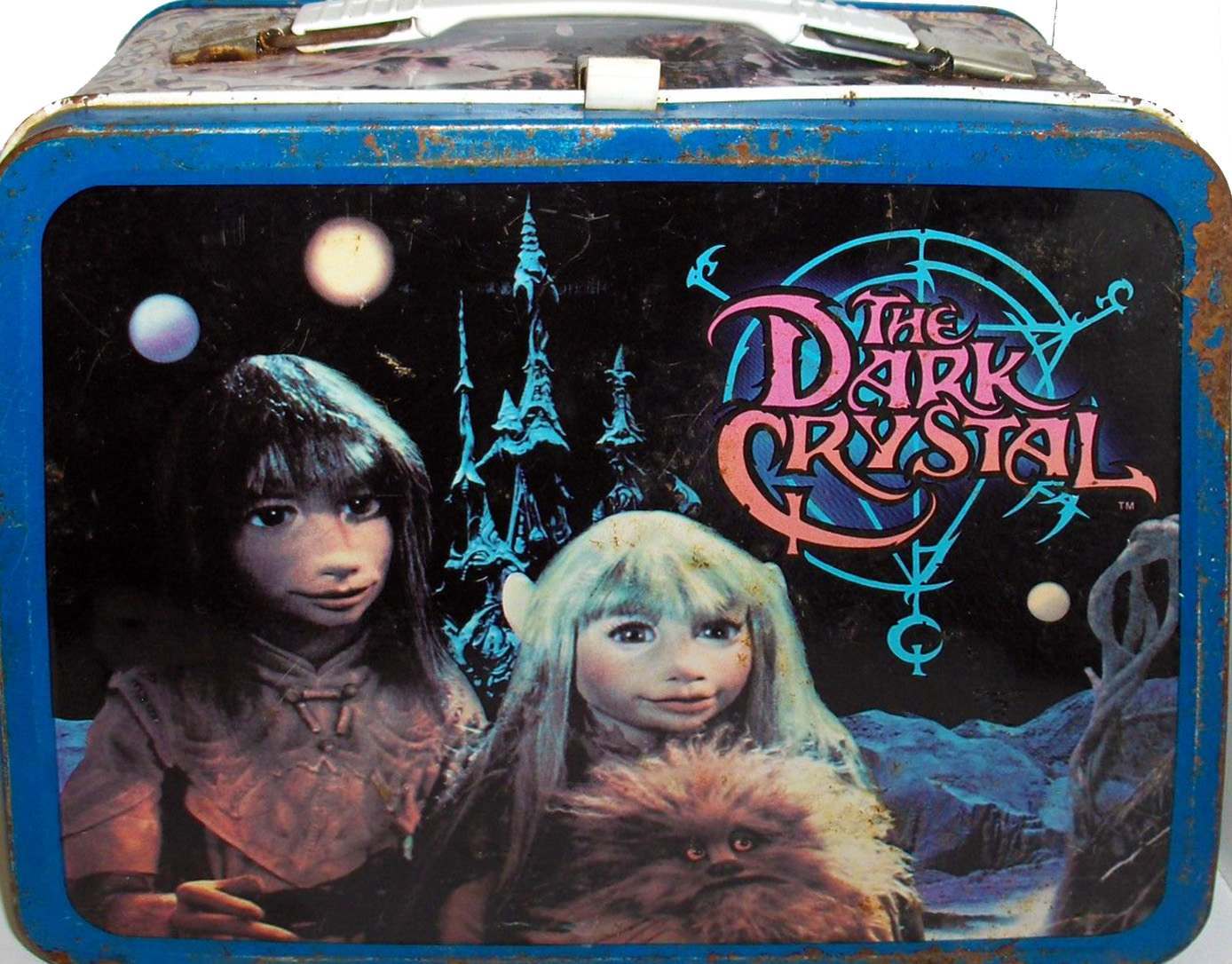 Want to alienate your child to the point where he/she will forever be an outcast, a lonely spectator on the fringes of society?  If so, I recommend The Dark Crystal lunchbox. 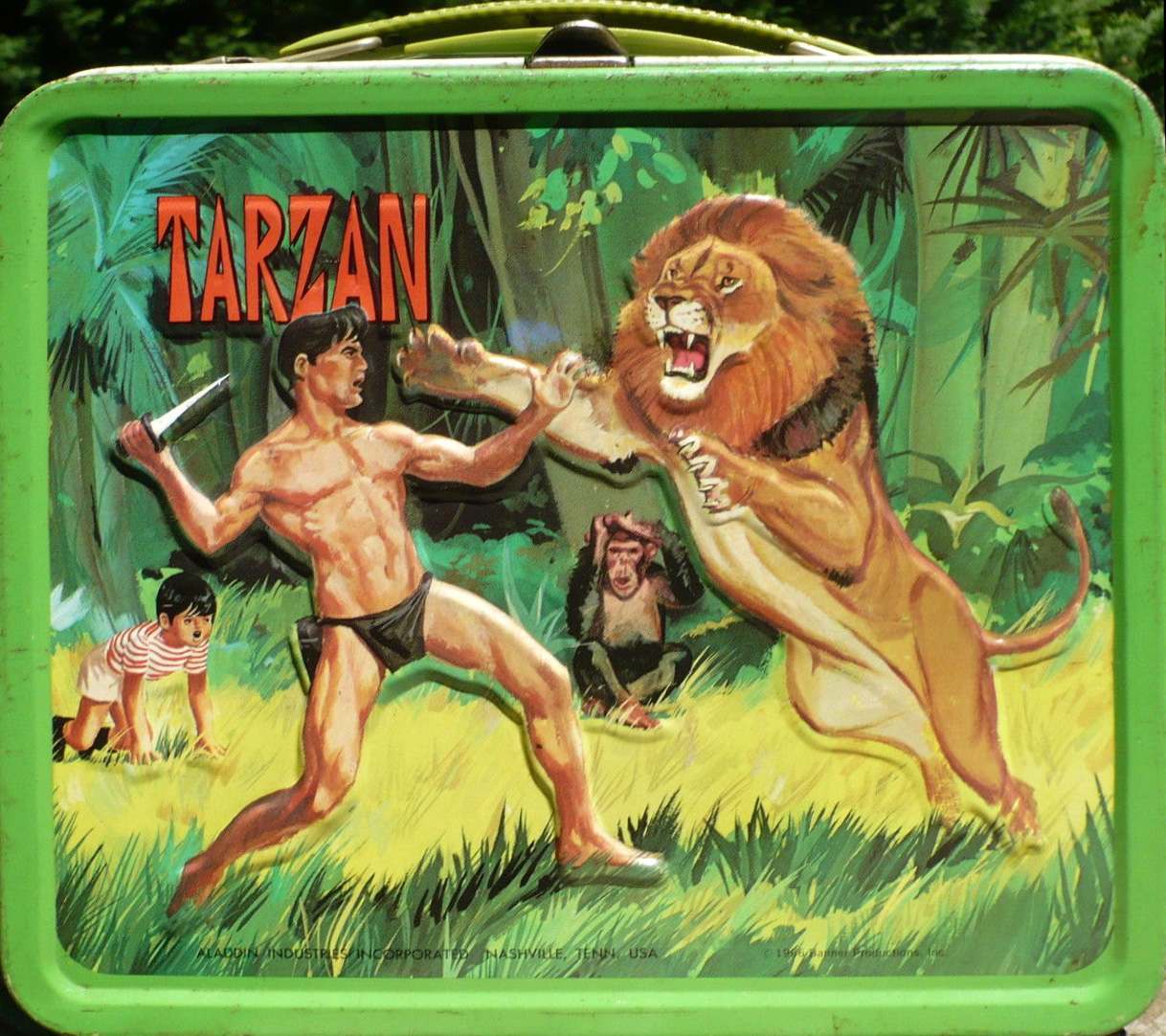 Nothing wrong with a Tarzan lunchbox… except his loincloth is a little on the skimpy side.  I’m grateful he’s kept all his junk housed, but that’s still a lot more Tarzan than I’d like at the lunch table. 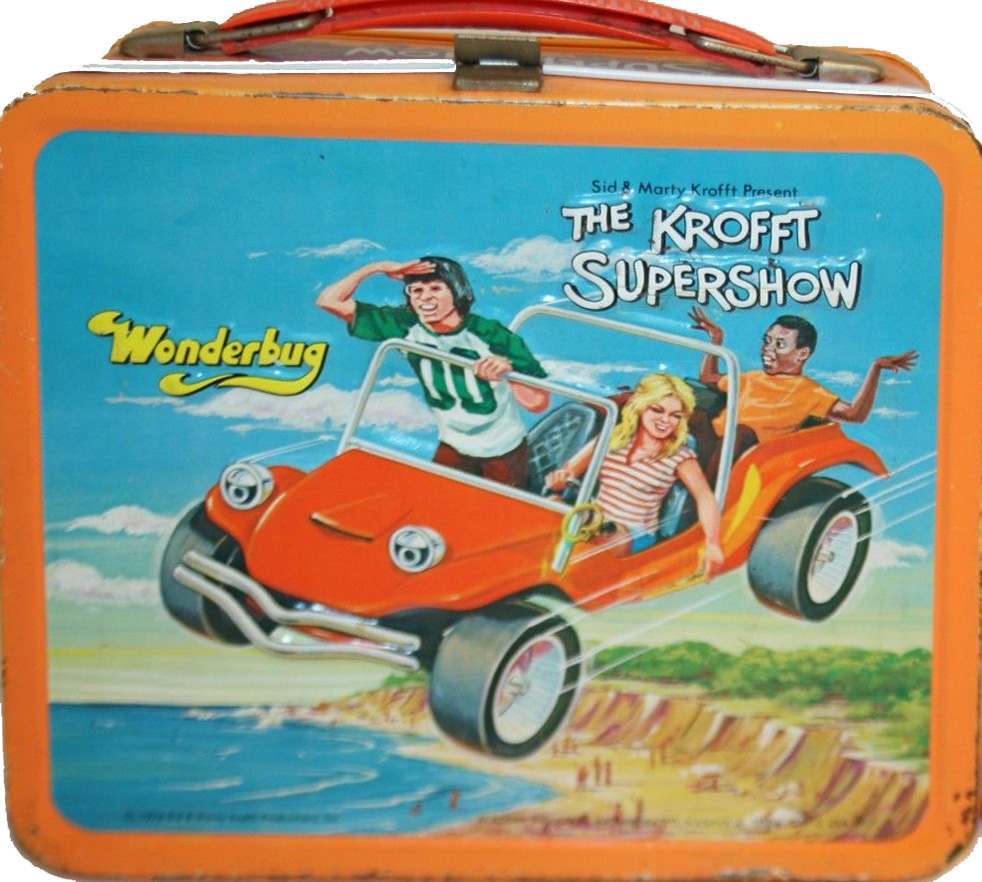 The Krofft Supershow was a regular part of my Saturday mornings growing up.  However, I can’t say I’d have wanted to parade fondness for the program around school….. especially with that crazed character in the backseat. 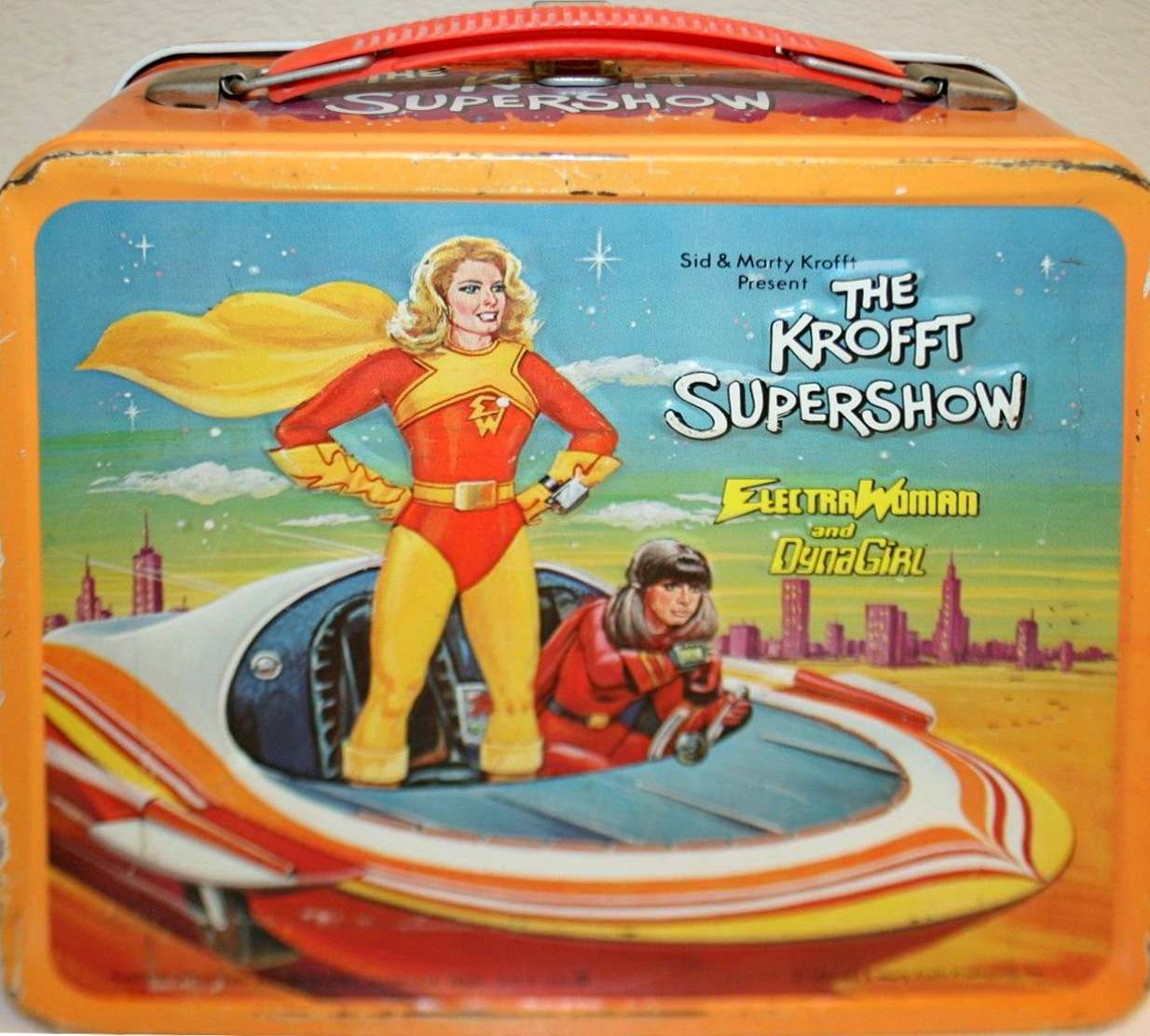 Side B features Electra Woman and Dyna Girl…. which probably didn’t lessen the indignity of having a Krofft Supershow lunchbox. 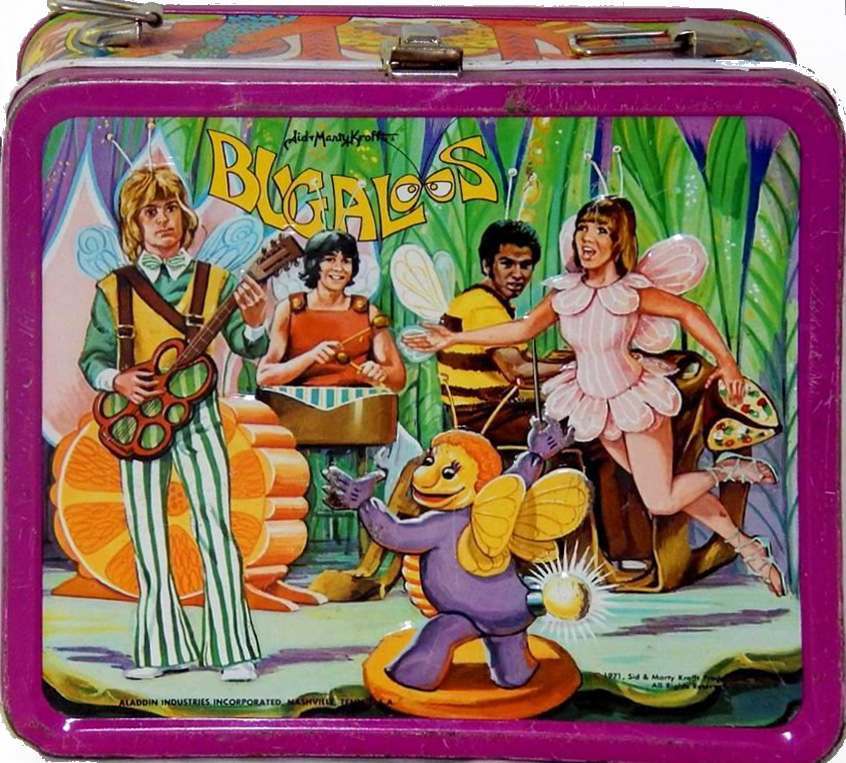 A Krofft Supershow lunchbox might’ve been a tad embarrassing; however, this Krofft production would’ve been straight up mortifying.  Let’s pray that whoever owned this lunchbox had a strong enough self-esteem to endure the shame that came with each lunch break. 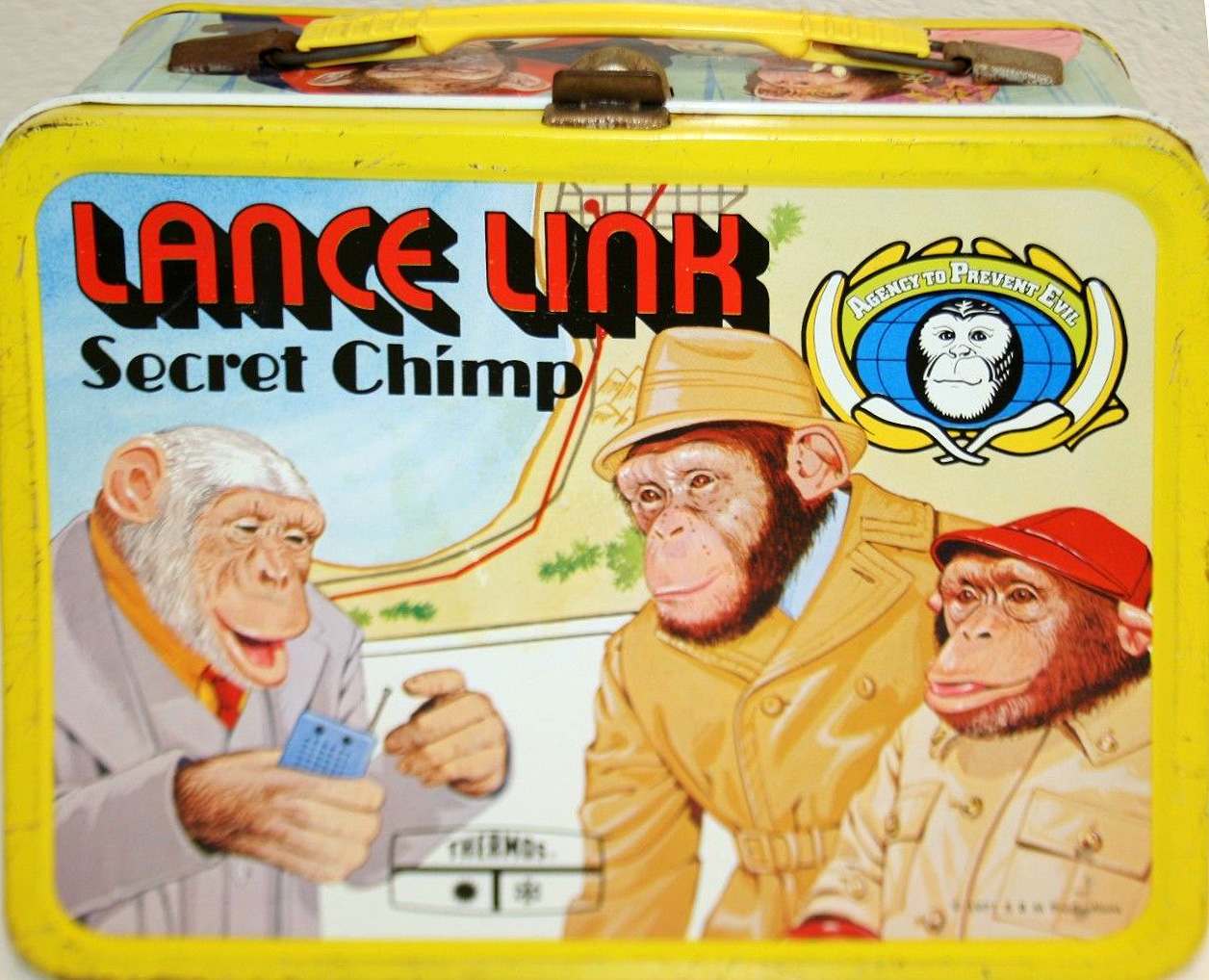 It was always the kid with the Lancelot Link lunchbox that sat alone in the cafeteria.  Coincidence?  I think not. 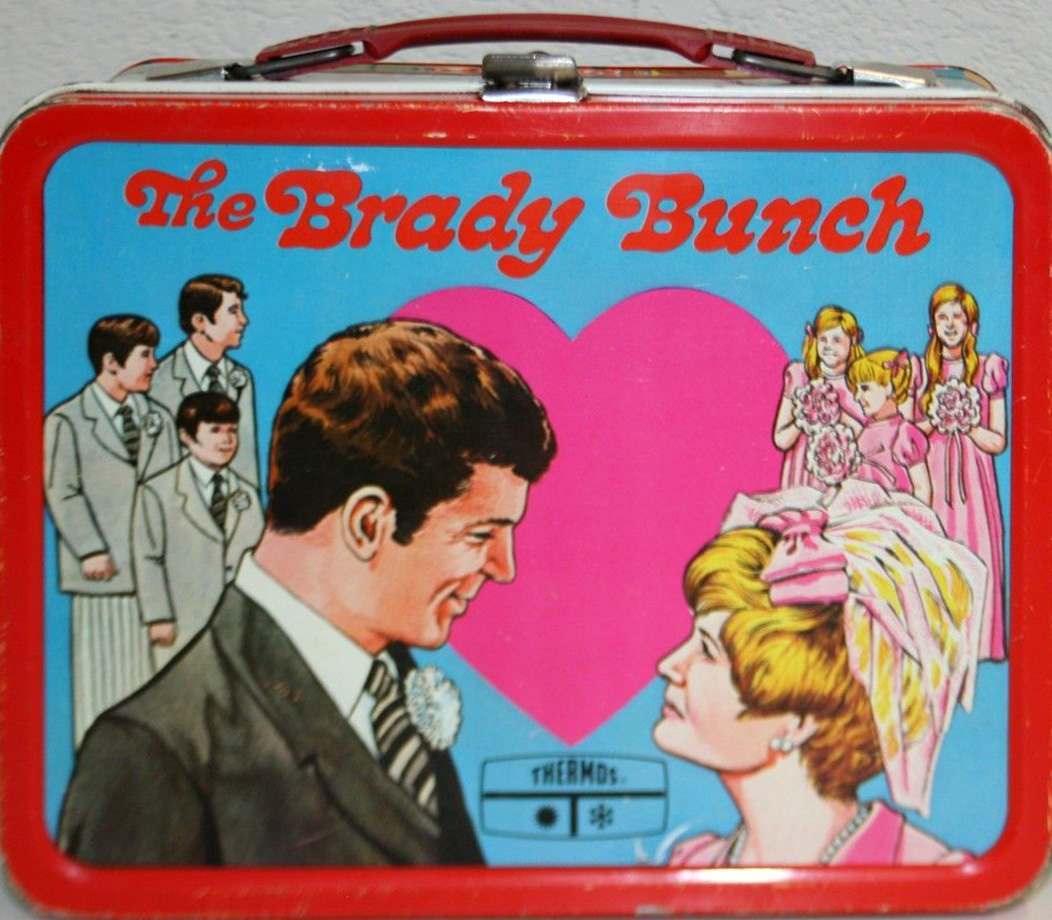 Why would they feature Mike and Carol Brady? Anyone young enough to be carrying a lunch pail to school is going to be all about the kids – not the love between mom and dad. 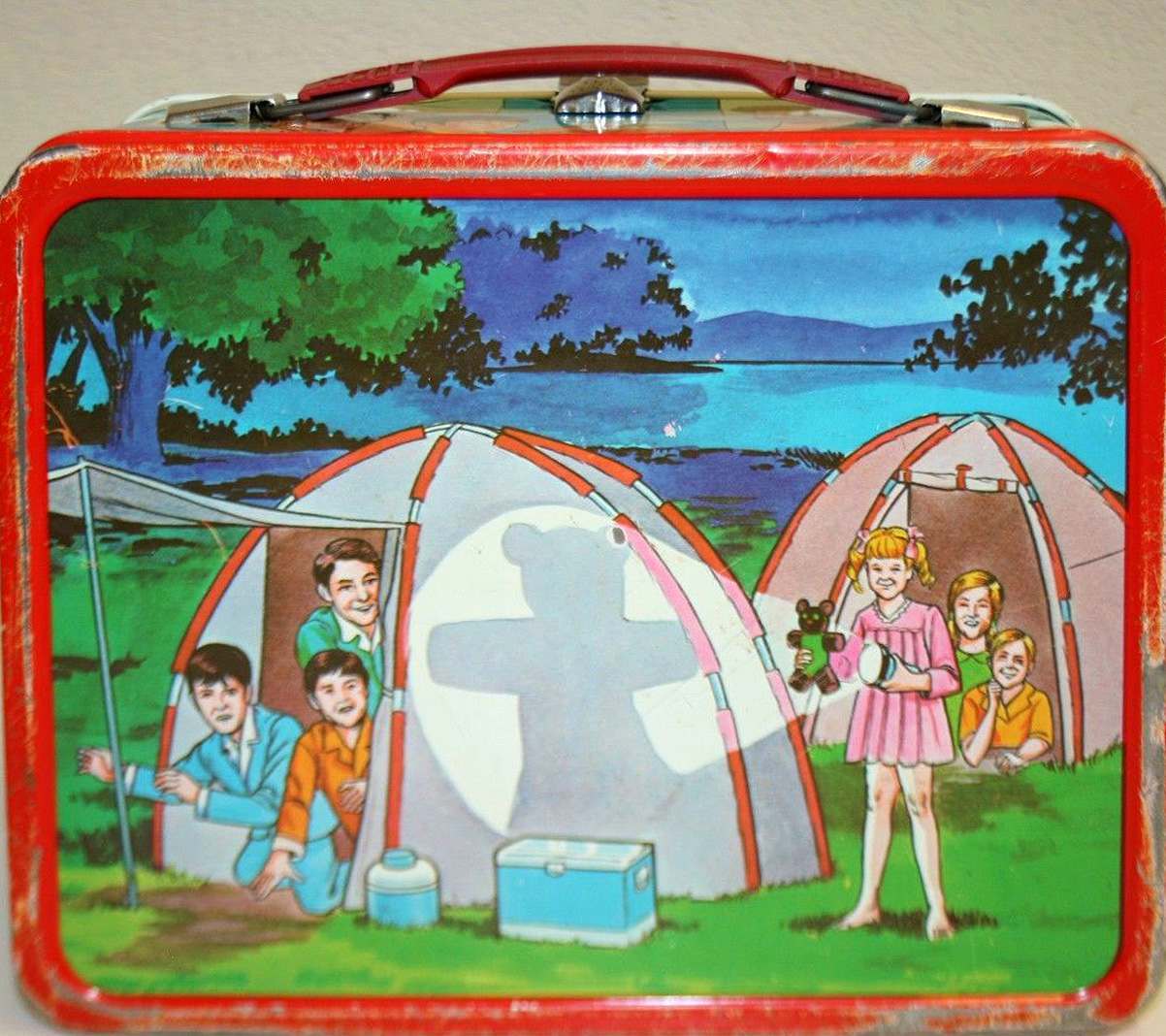 At least they had sense enough to feature the Brady kids on the back.  Unfortunately, the scene depicted is hopelessly lame.  Of all the possible ideas in the Brady universe, they landed on Cindy making a teddy bear silhouette on a tent?

Can it get any worse?  Stay tuned for Part 2 where you’ll learn that, yes, it definitely can.