BACK in the Pre-Premier League days, the losing FA Cup semi-finalists competed to see which one of them qualified for a non-existent bronze medal and the other nothing. The match lasted just five years, played between 1970 and 1975.

Initially, the game was played at a neutral ground, lending it the aura of a real Cup Final. At the inaugural Cup, played one day before Chelsea and Leeds United contested the final at Wembley, Manchester United beat Watford 2-1 at Highbury. The crowd was 15,105.

Was that encouraging? Footballfansite has transcribed the Arsenal programme notes from that, which explain how the match came to happen:

THIS is the eleventh occasion we have staged a match for the Football Association on the eve of the F.A. Cup Final, and this time the fixture takes a new form. The idea of a match on this particular date on the football calendar first came about in 1954, it being felt that with people descending in thousands on London en route to Wembley the following day, many of them would welcome a game at which to spend the eve of the Final.

So, 16 years ago, England met Young England here on this corresponding night, and a crowd of 43,000 gave full justification to the experiment. The following year the title was changed to Old England v Young England (the old ‘uns cheered to a 5-0 victory by 38,000), but except for 1963 when the match was styled England v The Football League the fixture became permanently one between England and Young England. On five occasions it switched to Stamford bridge, but otherwise it remained at Highbury.

Inevitably what was basically a friendly representative match could not retain all its early novelty appeal, and after last season’s 0-0 draw at Stamford Bridge, watched by just over 18,000 spectators, the F.A. decided the time had come to change the style of the fixture. Among suggestions thrown up was a North v South match – that particular argument seems to have been going on among football fans since the game began! – but the idea to gain favour was to stage a “play-off” to decide third and fourth places between the two beaten F.A. Cup semi-finalists.

Tonight’s game is the first such fixture, and with it we have, in any case, a North v South clash, just as there will be another at Wembley tomorrow between Leeds United and Chelsea. Whether this becomes a regular fixture will, presumably, how well the fans turn out to support it…… 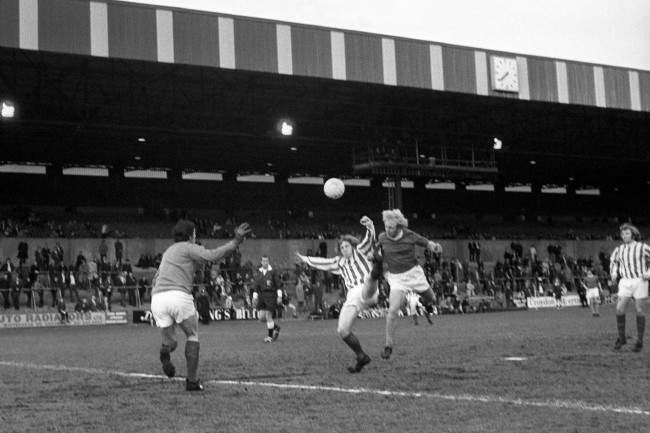 One year on and Stoke took on Everton. To further entice paying punters, the game was played one day before Arsenal played Liverpool on May 8. The footy-starved neutral and fans of the two finalists would surely lap it up. Well, that was the plan. But only 5,031 turned watched the game at Selhurst Park.

The 1972 final was played in August. The game produced an historical footnote when it became the first FA Cup match to be decided on penalties, with Birmingham beating the previous year’s winners Stoke. In an effort to boost the crowd, the game was played at the home of one of the finalists. St Andrew’s, Birmingham, got the nod. Over 25,000 came to watch.

In August 1973, Arsenal hosted Wolverhampton Wanderers at Highbury. Home advantage counted for nothing. Wolves won 3-1. But only 21,000 came. Again the match was in August. 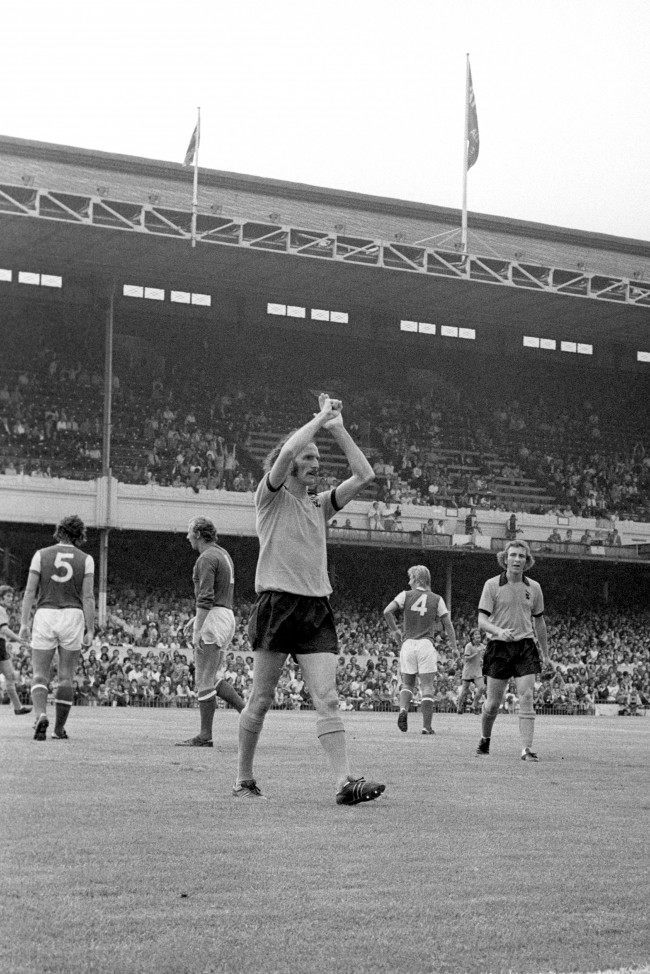 The game was dying. But there would be one last death rattle, when in May 1974 – five days after the FA Cup Final – Burnley beat Leicester City 1–0 at Filbert Street before a bumper crowd of 6,458.

And that was that. The experiment had been a failure. But out-of-season football would not go away because from 1974, the Charity Shield would be played at Wembley.