THE making of Howard Hughes Hercules, aka The Spruce Goose: 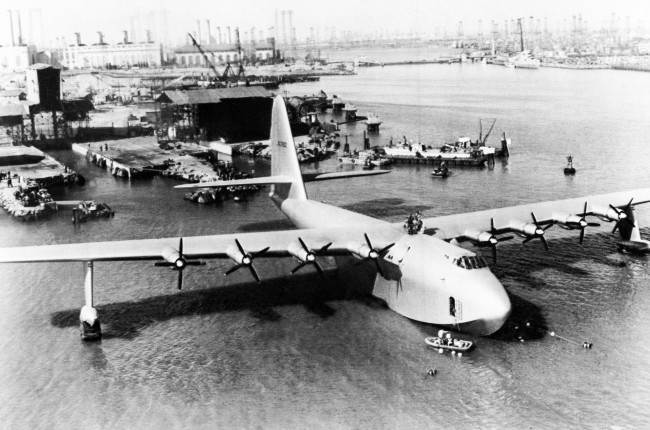 “Spruce Goose,” the flying boat belonging to millionaire Howard Hughes, is shown in 1947.

The largest airplane ever constructed, and flown only one time, the Spruce Goose represents one of man’s greatest attempts to conquer the skies. It was born out of a need to move troops and material across the Atlantic Ocean, where in 1942, German submarines were sinking hundreds of Allied ships. Henry Kaiser, steel magnate and shipbuilder, conceived the idea of a massive flying transport and turned to Howard Hughes to design and build it. Hughes took on the task, made even more challenging by the government’s restrictions on materials critical to the war effort, such as steel and aluminum. Six times larger than any aircraft of its time, the Spruce Goose, also known as the Flying Boat, is made entirely of wood. 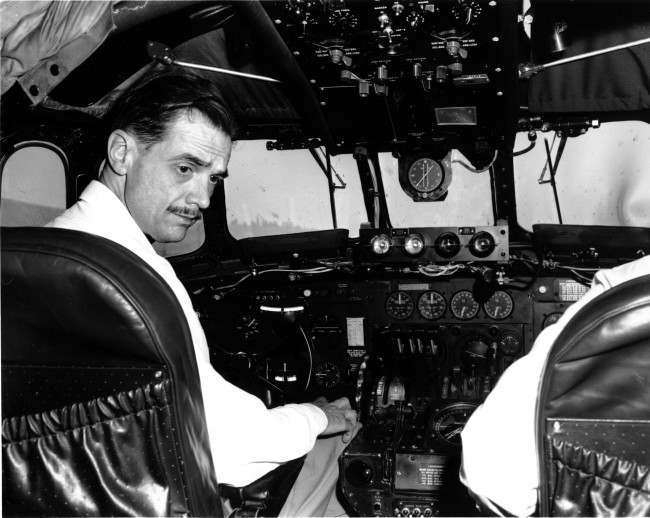 Aviation and movie magnate Howard Hughes demonstrates a new radar system, center below windshield, in the cockpit of an aircraft in Culver City, California on May 1, 1947. 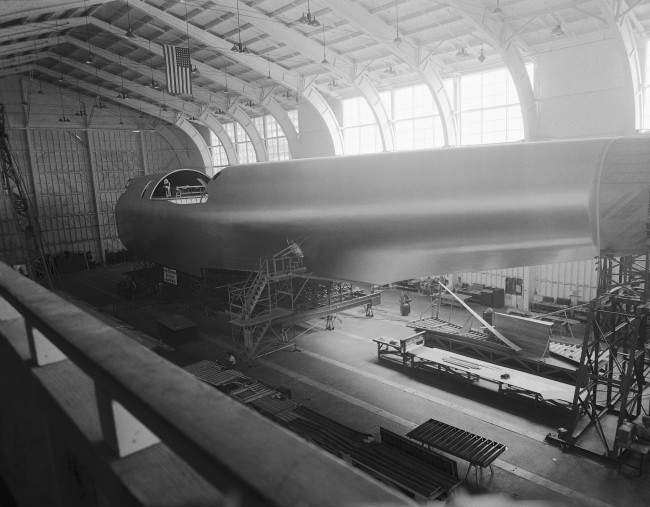 This is the hull of the Hughes Hercules, called by its builders, the Hughes Aircraft company, the largest plane in the world under construction at Culver City, California on July 16, 1945. The hull is 220 feet long, 30 feet high and 25 feet wide, while the wing is 320 feet from tip to tip. 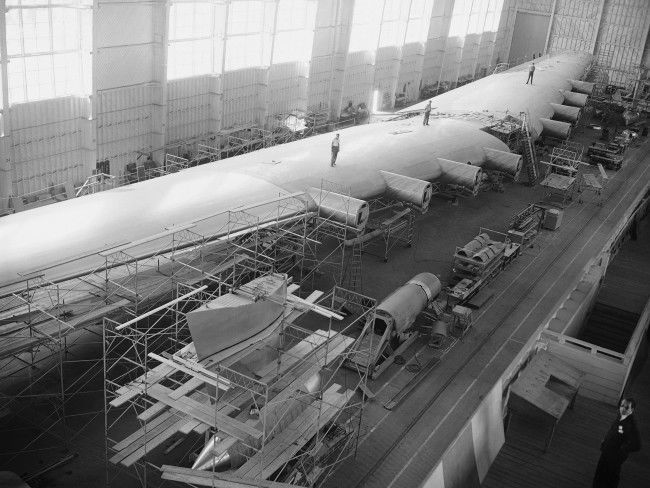 This is the wing of the Hughes Hercules, called by its builders the biggest plane in the world, nearing completion in the Hughes Aircraft Company plant in Culver City, California on July 16, 1945. The wing is 320 feet from tip to tip and 13 feet thick at the hull. 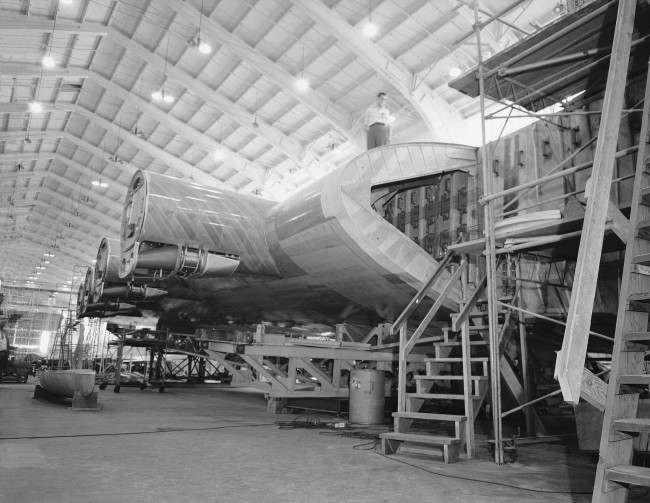 The Hughes Hercules nearing completion in Culver City, California on July 16, 1945. Thirteen feet thick at the center, this is a portion of the wing which its designers say will bear into the air a seaplane weighing more than 200 tons. Four of the engine mounts are shown in the background. 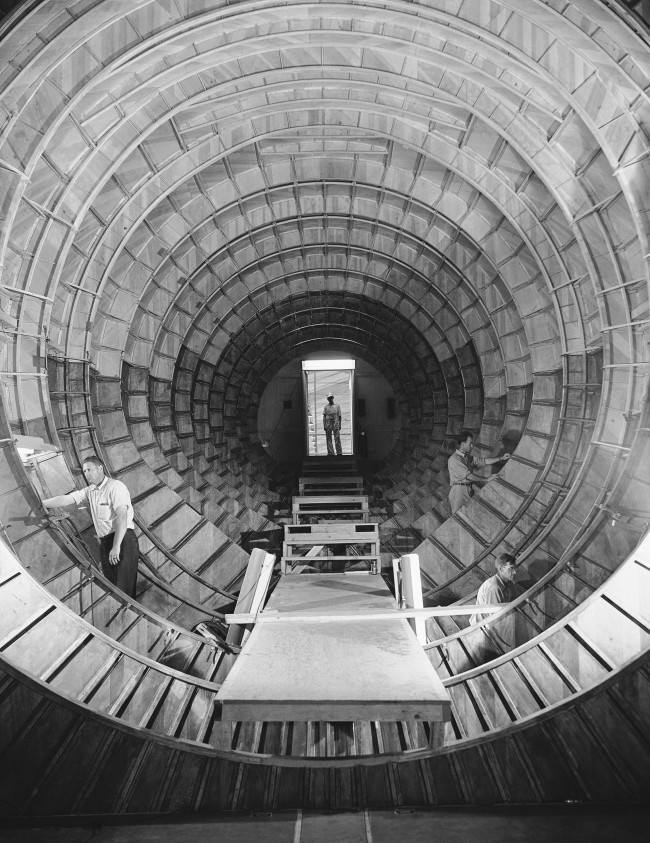 Men working in the Hughes’ Hercules, the largest airplane in the world, hullÂs interior reveal its great size by comparison in Culver City, California on July 18, 1945. The gigantic flying boat with a 320 foot wingspread is constructed entirely of wood, no piece of which is thicker than 1/8 inch. 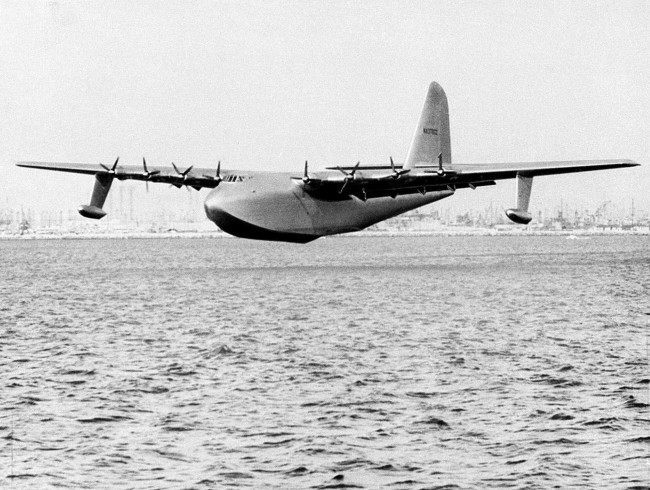 Howard Hughes’ “Spruce Goose” glides over the water in this Nov. 2, 1947, file photo in Long Beach, Calif. In 1947, Hughes flew the Spruce Goose to prove a point to Sen. Owen Brewster, R-Maine, who led the Senate War Investigating Committee. 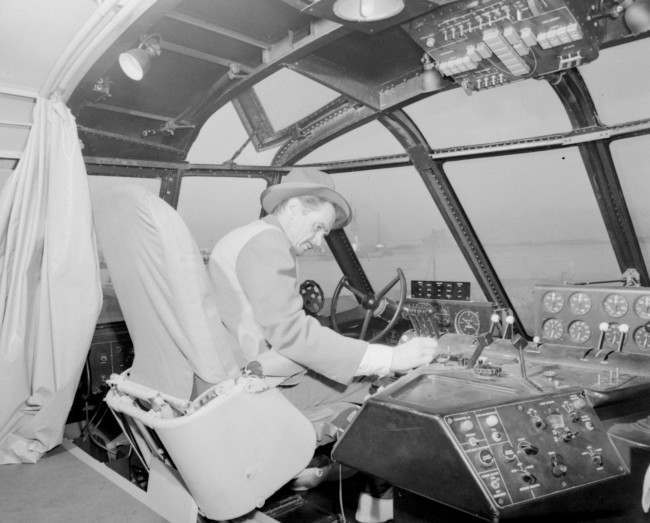 Howard Hughes sits at the controls of his giant wooden flying boat dubbed the Spruce Goose as he checked the aircraft prior to the first and only flight of the 25 million dollar plane, November 2, 1947, off Long Beach, California. 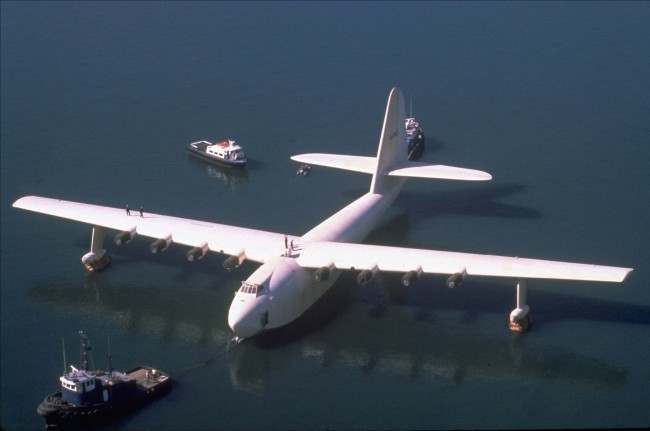 Rare footage from the archives that dates to November 2, 1947. Shot by amateur cameraman Leo Caloia, it shows the Hughes H-4 Hercules (also known as the “Spruce Goose”; registration NX37602) prototype heavy transport aircraft during taxi tests in Long Beach harbor. The aircraft, which was piloted by none other than Howard Hughes himself, may or may not have intentionally left the water. Either way the Spruce Goose never flew again, and the Hercules never advanced beyond the single example produced. 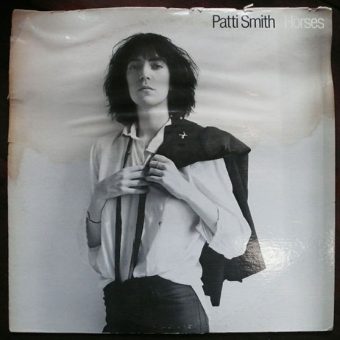 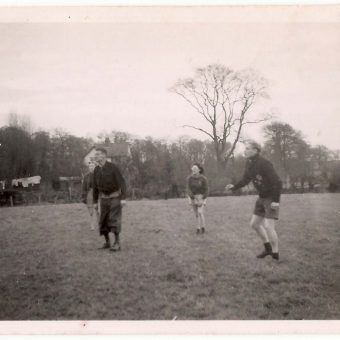 Walter and the Erdington Cycling and Social Club in 1947 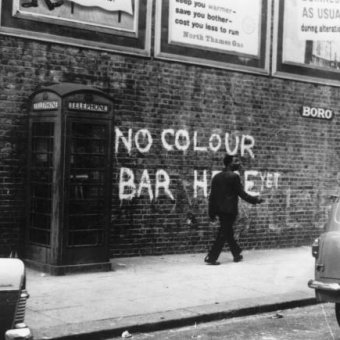