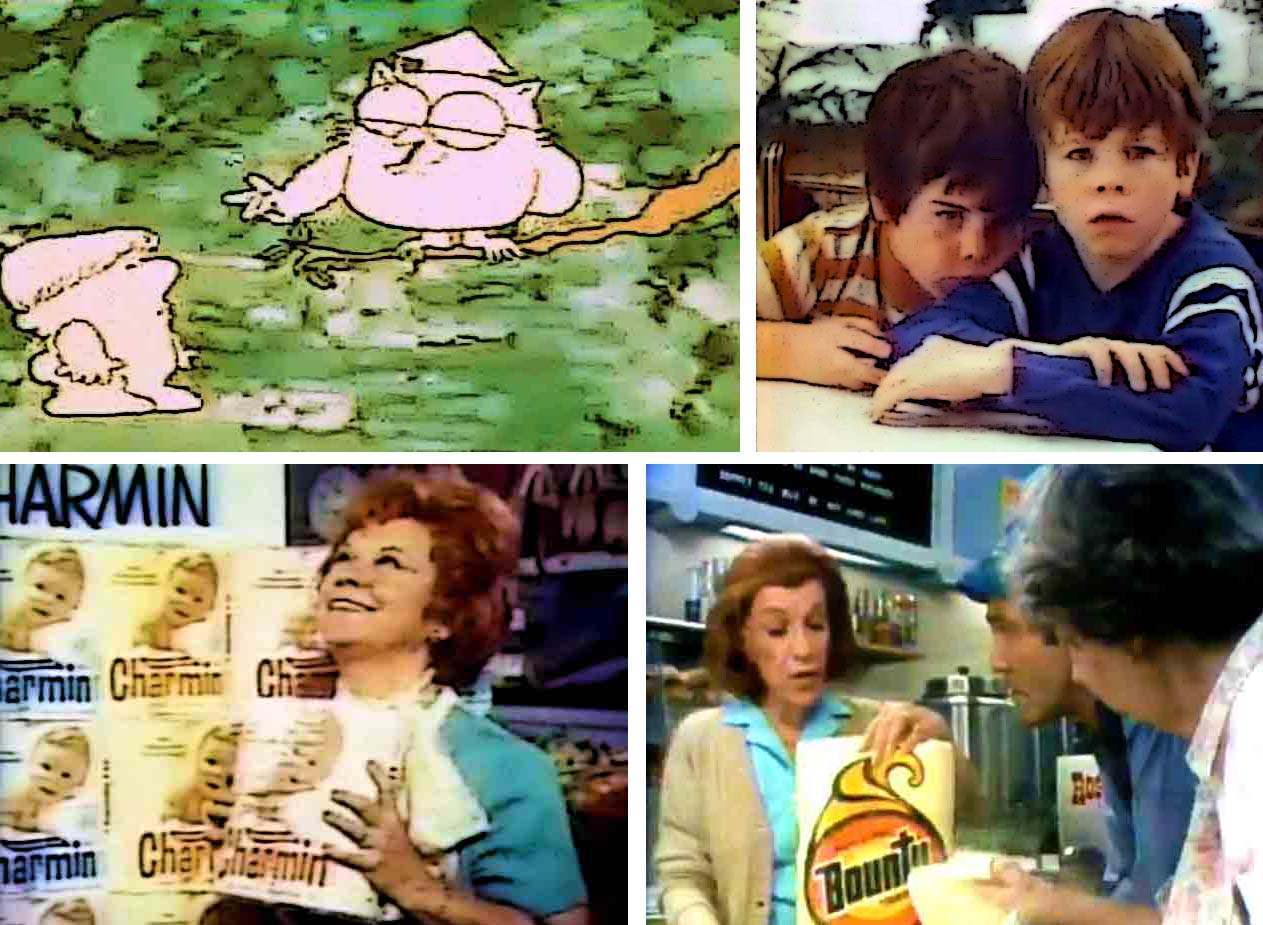 This is a list of memorable Seventies commercials. Not the best – just the iconic, oft repeated, stuck-in-my-head-until-the-day-I-die commercials. I love them for their simplicity; a stark contrast to today’s “irony” laden sensory explosions. I think you’ll find them refreshing.

It wasn’t hard to find the sexual undertones of the Charmin commercial. Not only was the repressed homemaker doing something naughty by squeezing the Charmin (oh, so forbidden and illicit), but they also appeared to be a the point of climax before Mr. Whipple interrupted the ecstasy.

So simplistic: a picky eater starts chowing down, while the older kids stare aghast. He hates friggin’ everything, yet he eats this cereal. Who would’ve thought this commercial would gain such momentum?

I know the whole “plop plop fizz fizz” thing started in the sixties; however, it was the seventies where it latched onto the public consciousness with horrifying alacrity. “I can’t believe I ate the whole thing” was another Alka-Seltzer brain adhesive.

Madge was such a busybody bitch. She’s a manicurist who criticizes the hands of every one of her customers, shaming them. Then, to add insult to injury, she tells them their fingers are soaking in dishwashing liquid. Why Madge became such a TV legend is beyond me. And yet there it is.

Commercials were so damn simple back then. Bounty is the “quicker picker upper”. Done. That’s you’re commercial. No irony, no flashing seizure-inducing imagery, no indie-music…. just Rosie and her paper towels.

The Hilltop Singers with their hippie mantra spoke to the Boomers, I guess. It wasn’t just carbonated high-fructose corn syrup, it was the solution to world peace.

The Norelco electric razor commercials may not be as memorable, but they were plenty effective back in the day. The “movie trailer guy” (LaFontaine) narrates this gem with the same gusto as he did the blaxploitation previews. When he said “Gotcha” it was like a kung-fu kick to the nads.

Is that expensive Starbucks “Mountain Grown”? I didn’t think so.

Here’s to good friends, tonight is kinda special…Let it be Löwenbräu.

Of course, we could go on all day.  The Mean Joe Green Coke commercial, the “Calgon, take me away!”, the “It’s not nice to fool Mother Nature” commercial.  So, I’ll stop here…. and just ad one more for the road….

That moment when the customer realizes the “ancient Chinese secret” is BS, and it’s just a lousy box of Calgon. “Some Hotshot”.