THERE ARE two tactics you can operate from to inspire healthy cautiousness in children: (A) making the topic interesting and intellectually compelling, or (B) scaring the living hell out of them.  More often than not, PSAs in the 1960s–80s opted for the latter.  We’re all familiar with the nihilistic, carnage-filled films used for drivers education.  However, getting “the message” to kids often took a less direct (yet more disturbing) route…

From a comic distributed to US public schools in 1985

IF the idea of Yogi’s little friend Boo-Boo getting stalked by a peadophile gives you the willies, you may want to brace yourself: there’s nine more PSA’s to go.

It’s a bit disarming when a normally light hearted medium abruptly ditches the funny capers in favor of deep, dark and depressing public service messages. I understand the good intentions behind it, so I don’t want to be too hard on them.  However, there’s just something creepy about horrific real-life entering children’s comics.

Evidently, venereal disease was something to sing about in 1969.  Geared towards teens and up, they needed something peppy.  The result: a tune that makes chlamydia sound almost appealing.

At least the comic book “Johnny Gets the Word” distributed by the US Health Department in 1965 made STD’s seem unpleasant. 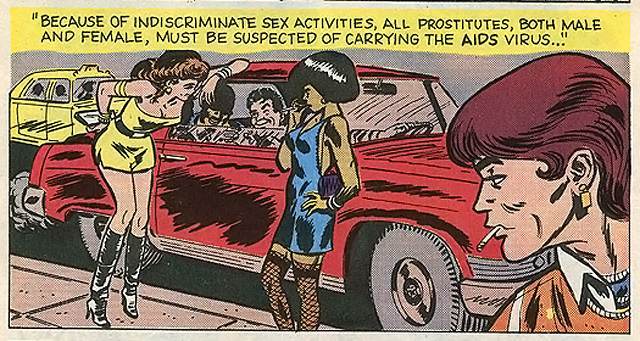 This from an AIDS information comic sponsored by Madonna and passed out during her 1987 Who’s That Girl? Tour.

Pop quiz: Which of the following items do not belong in a children’s comic book?

I’m not sure why British public information films were so much more solidly terrifying than the US counterparts, but there it is.  The image of a flaming airborne teenager will forever haunt the dreams of young children unfortunate enough to witness to this hardcore safety lesson.

Another variation, this time with football, is even more graphic.

This time we get to see the charred remains up close and a young child bursting into flames.  But both of these are only copycats to the orginal – Play Safe: Frisbee PSA.  Let the nightmares begin…

6. Blood on the Tracks 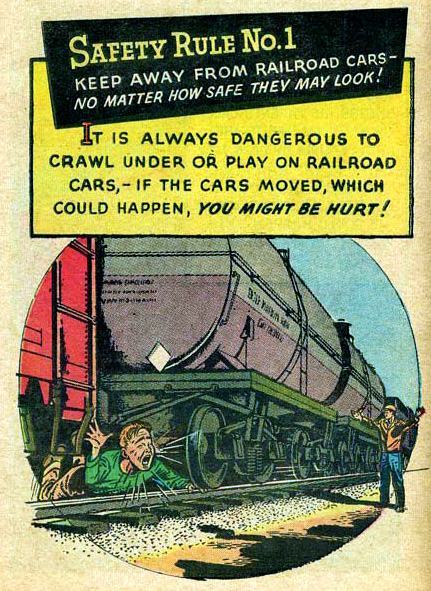 “Dangerous Playgrounds” was a 1950s comic on railroad safety. I’m all about instilling proper rail yard precautions, but must the comic show a kid literally being squashed on the tracks?

Of course, graphic depictions of violent death are nothing new to the PSA comic book world.  Among the most horrific is the comic book distributed to public school children for a safe bicycle campaign by the Highway Safety Division of Virginia in 1972: 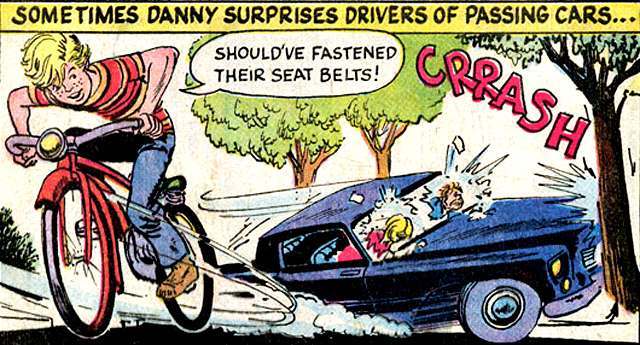 5. Pee-Wee Herman Scares Us with His Crack

Pee Wee is creepy enough on his own.  Put him in dim lighting with a vial of crack, and things get weird.

The funny thing about this particular educational film is that it actually makes LSD look appealing. If I wasn’t tempted to use the drug before, this film changes all that and makes it look rather interesting. 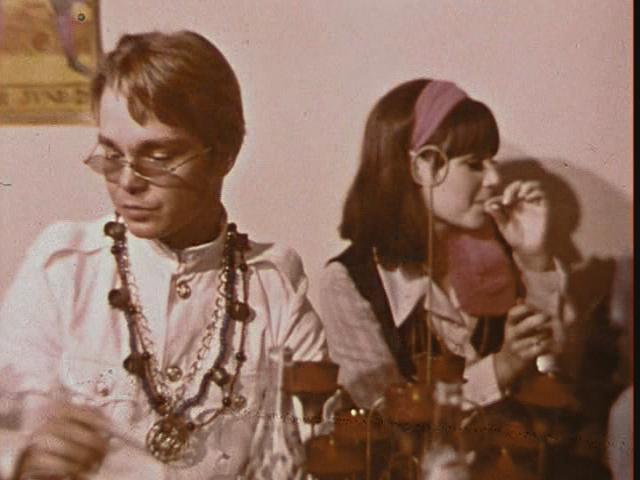 It starts with a rather cool and happening party. If I were a kid in the 1960s watching this film, I’d want to be at this party.

1 point for LSD, 0 points for abstinence. 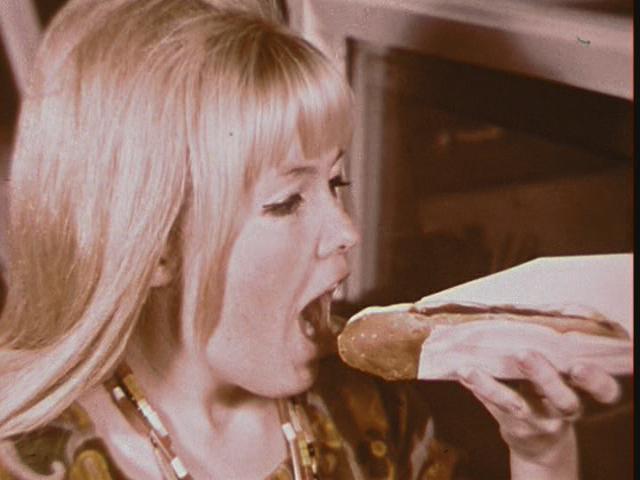 After the party, she goes to get a hot dog. The film repeatedly flashes images of this chick about to wrap her lips around this wiener. 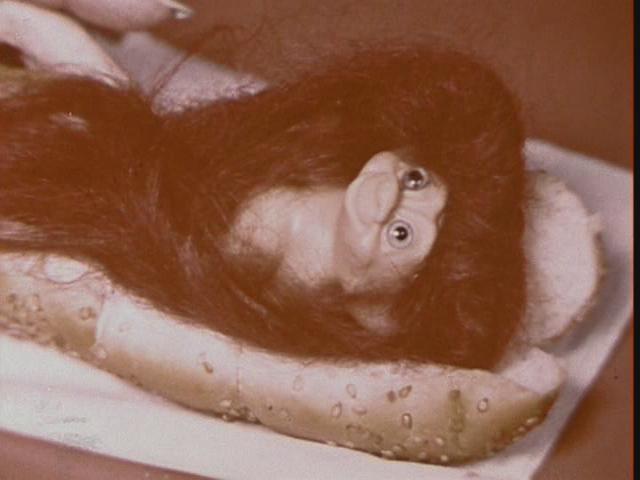 Suddenly, her hot dog turns into a screaming troll-like creature. While not exactly the religious experience Timothy Leary claimed LSD would provide, it isn’t the end of the world.  I’d suggest returning the hot dog and ordering a fruit salad instead. 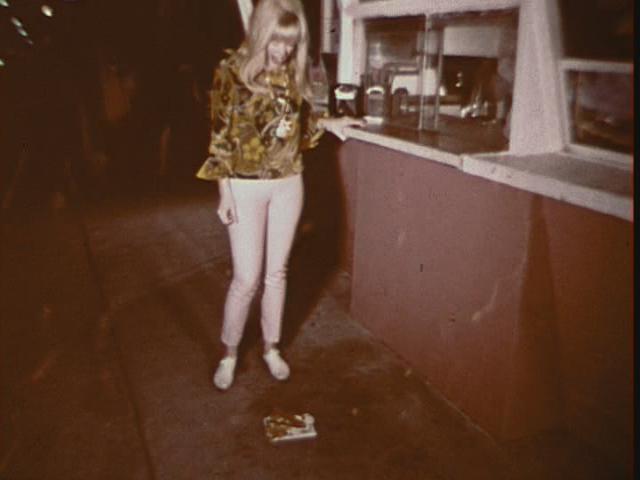 In the end, the murders the hot dog while it screams in pain.  Which then begs the question – is losing a perfectly good hot dog the worst thing that can happen to you if you use LSD?

Like the previous entry, this does a better job of making the experience seem interesting than it does at dissuading any potential experimenters.  It’s truly horrifying, but in the most awesome way possible.

“There are three side effects of acid: enhanced long term memory, decreased short term memory, and I forget the third.”

Everything so far almost seems lightweight compared to the notorious Spider-Man comic published by Marvel and the National Committee to Prevent Child Abuse (NCPCA) in 1984. 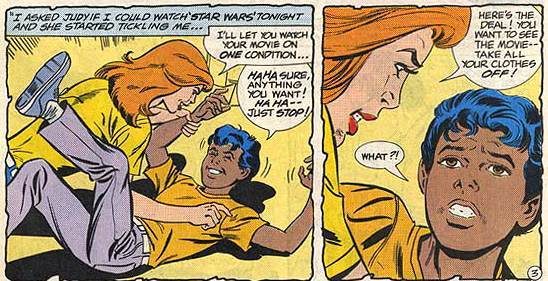 Everything so far almost seems lightweight compared to the notorious Spider-Man comic published by Marvel and the National Committee to Prevent Child Abuse (NCPCA) in 1984.

In this comic, not only do we have to watch a kid get molested by a cougar in heat, but we also learn that the Friendly Neighborhood Spider-Man was sexually assaulted years before he was bitten by a radioactive spider.

Once again I’ll say that I respect the intentions of the publisher.  But, I could have happily gone through life not knowing young Peter Parker was molested.

“Sensible children? I have no power over them!”
– Grim Reaper

Nothing will ever compare to the horror of this now infamous PSA.  Narrated by Donald Pleasance, who always had a special flair for the ominous tone, this one strikes a chill into the hearts of children and adults alike.  Not only am I now cautious of water, I think I’ve developed acute hydrophobia.