CONSIDER me your 1970s guidance counsellor. I’m not going to recommend civil engineering or medical school. Those careers are all well and good, but save them for the 1980s when it’s all about the paycheck.  No, we’re smack dab in the Twilight Zone (AKA the 70s) when the Baby Boomers are breaking out on their own, the sexual revolution is in full swing, drugs are highly encouraged, and blue collar is king. If you’re a man and want to enjoy the 1970s to their fullest extent, take heed of my advice.  Choose one of these career paths, and all will be groovy. 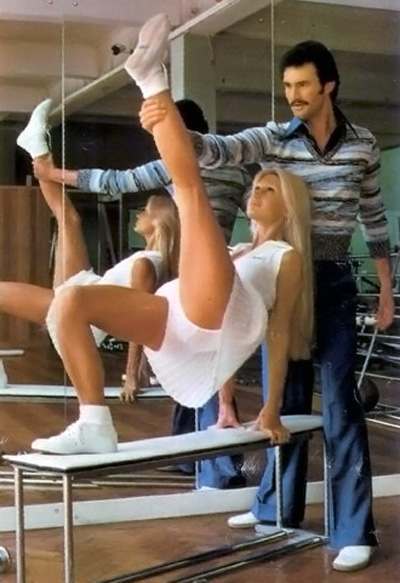 It doesn’t matter that you have no idea what you’re doing – when it comes to physical fitness, no one does. It’s the seventies – they don’t even know how to pronounce “jogging” –

Veronica and I are trying this new fad called uh, jogging. I believe it’s jogging or yogging. It might be a soft j. I’m not sure but apparently you just run for an extended period of time. It’s supposed to be wild.

You’ll be surrounded by flocks of beautiful women equally clueless, but desperate for help.   Pretty soon the gym will be hiring aerobics instructors and installing nautilus equipment and rows of treadmills.  Get in there before the fitness books start hitting the shelves and people get wise! 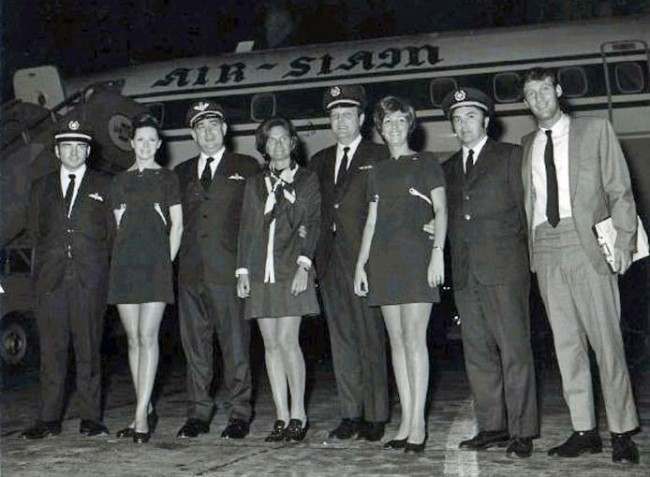 Hurry while there are still stewardesses.  Pretty soon they’ll stop discriminating based on appearance and gender, and you’ll be stuck with a mixed bag of “flight attendants” who are familiar with words such as “sexual harassment”. 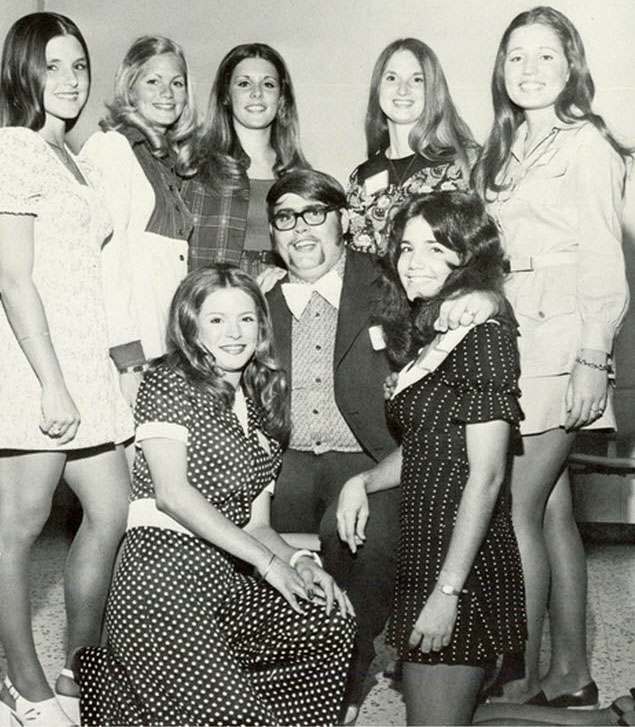 How is this scene (pictured above) even possible?  The answer: He’s obviously a boss of some kind. It doesn’t matter the profession – just work your way up the strata, and you’ll be fighting them off with a stick.  But time is running out.   You’ve missed the 1960s, when being a boss equated with being an amorous deity.  Women are rapidly entering the workforce who are not satisfied with being secretaries and sex slaves.  By the 80s, it will just be you, your desk and your low self-esteem.  Act quickly! 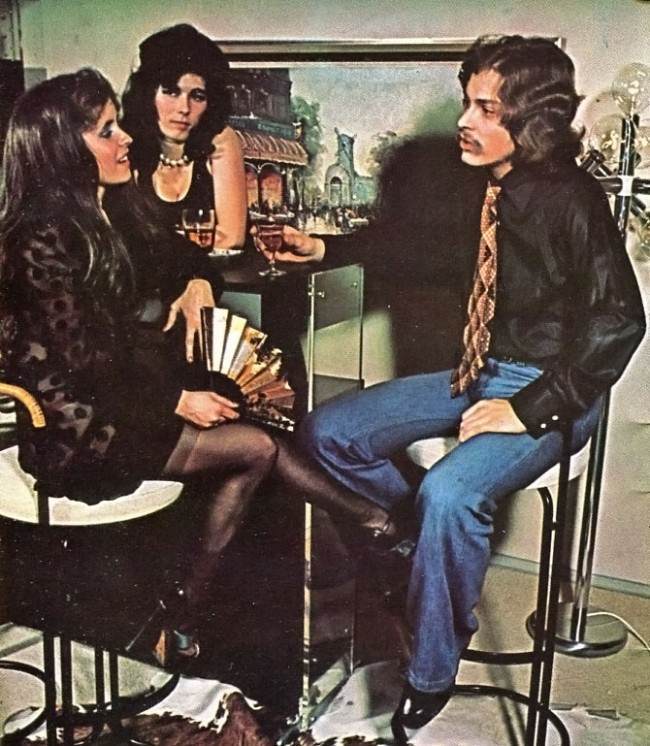 I understand how improper it must sound to hear your guidance counsellor recommend drug dealing.  But it’s only for the 70s. Once the War on Drugs kicks in during the 1980s, move on to something more respectable like accounting or engineering.  Until then, reap the benefits of tax free money making that guarantees a rich social life. 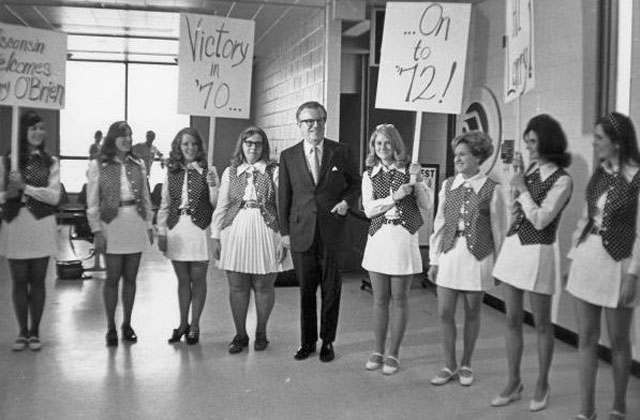 John F. Kennedy shagged Marilyn Monroe and the press pretended to not know or care.  Oh, they may have given him a “high five” and a sly grin, but his bedroom shenanigans were his business.  This Grand Tradition continued through most of the seventies, where politicians behaved like rabbits in springtime without a care of getting shamed.  It is highly advisable that you get elected to some office, no matter how lowly, before the prying eyes of the press and paparazzi start butting in.  But, be sure to zip the fly and wipe the coke off your upper lip before giving any political addresses. 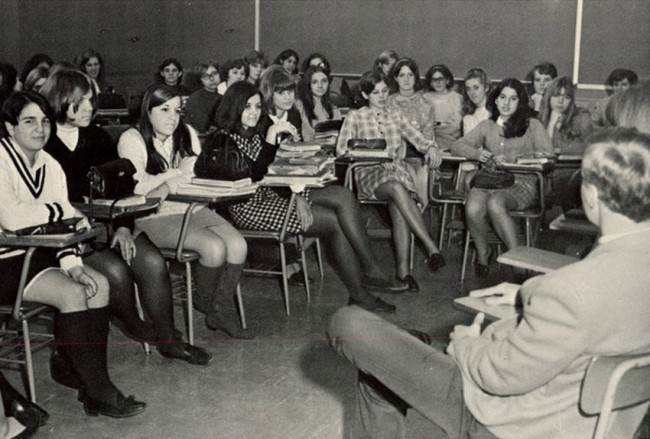 I’ll let the picture above speak for itself. 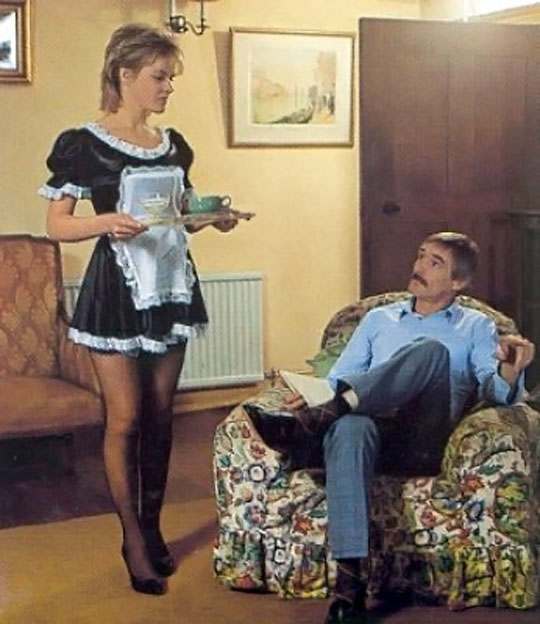 That whole “a man’s home is his castle” shtick is about to run out – why not enjoy it while it lasts?  As your guidance counsellor, I do recommend you become gainfully employed by decade’s end.  However, you won’t be master of your domain long – the tide is going to turn in a hurry – so it may make sense to wallow in your politically incorrect splendor till the bitter end.  Why enjoy the benefits of being “man of the house” only in the evenings and weekends?  Soak it up, brother.  Relax in misogynistic magnificence until the ladies get wise to the scam. 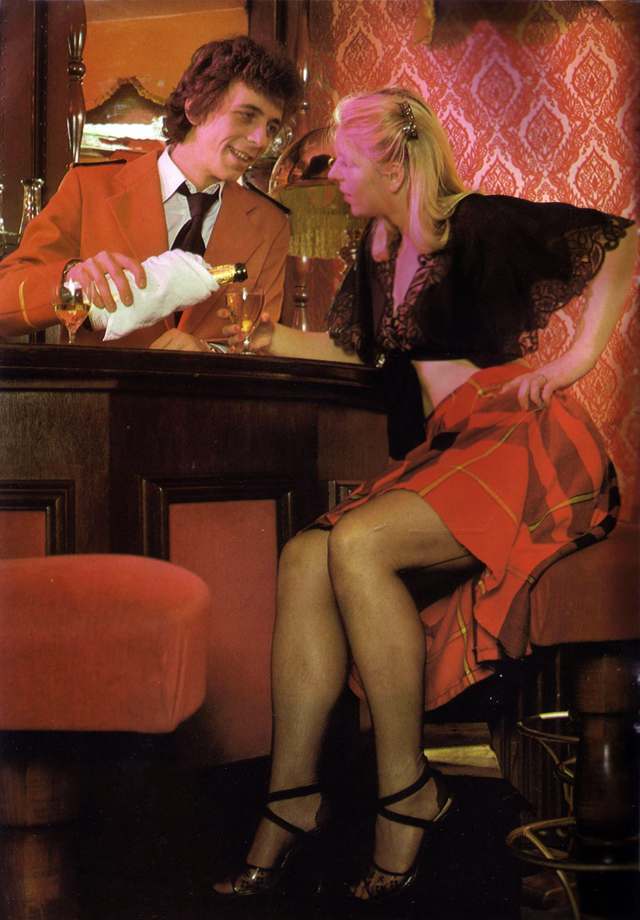 It’s the height of the sexual revolution and you will be standing squarely at ground zero.  Yes, you’ve got a job to do, so there will be much spectating.  But The Decade of Decadence will play out before your eyes, and you, my friend, will be at the cockpit.  (Just remember to get your weekly penicillin shots and consult a physician if your urine flow erupts into flame.) 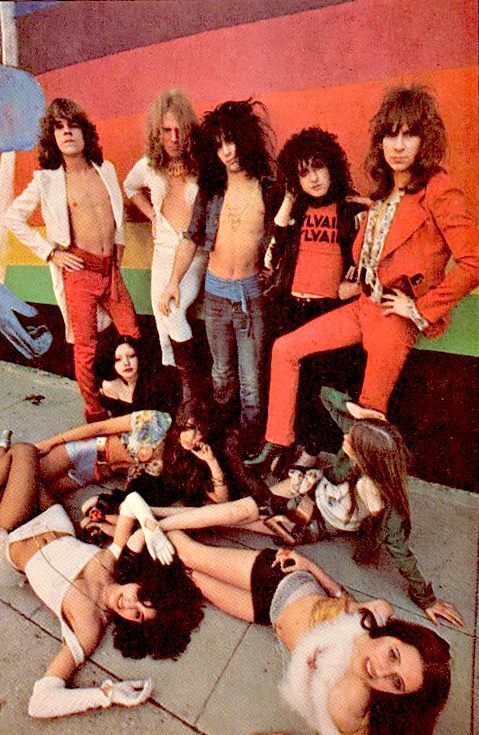 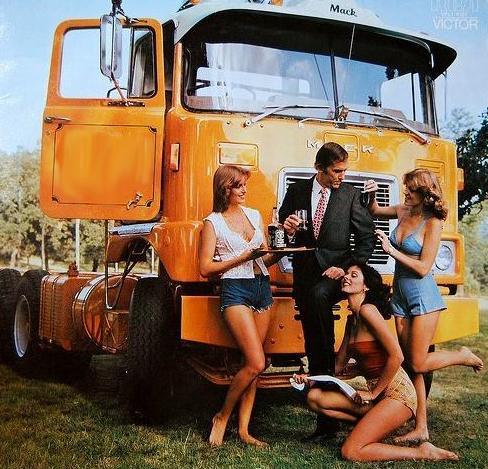 The 1950s had their cowboys and the 60s their secret agents, but in the 70s it’s all about the truckers. You’ll roam free on the highways like a drifter who doesn’t have to answer to “the man”.  You’re an anti-establishment figure, so the chicks dig the bad-boy rep. Plus, you have the cool CB with a language only the elect are allowed to understand.

There’s really no downside to this.  You get the rock star status without having to suffocate on your own vomit.  Sadly, once the public’s infatuation wanes, you’re just another schlep stuck in traffic.  But for those few beautiful years, you are King of the Road.

Keep your eyes and ears open and your black stack smokin’.  10-4