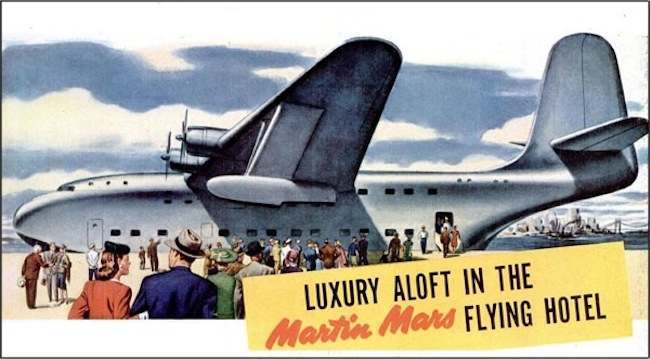 THERE was Luxury Aloft the Martin Mars Flying Hotel. What was once a US Navy flying boat was now swanky. In 1945,  air travel was a thing of wonder. It was sophisticated, stylish and offered the promise of romance. War was over. Technology used to drop bombs and catapult men into French onion fields was being harnessed for wonderment. 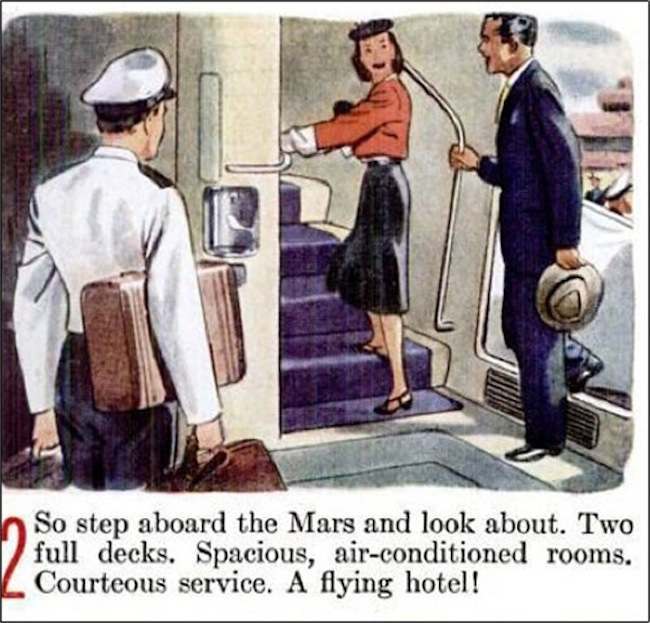 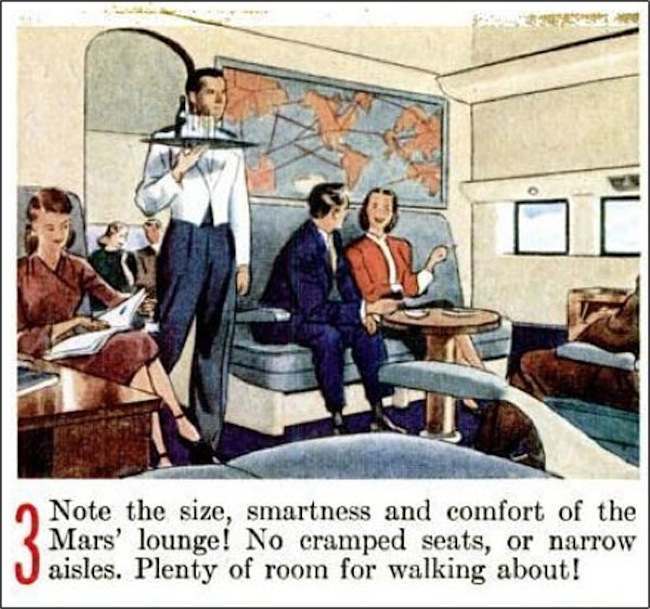 The map has ben repurposed from the old war room. And Smiggins never did see much action outside the Pall Mall club, where his restorative ‘gin and it’ was much appreciated.But other than that, war was yesterfay. The future was square portholes, banquettes and cigarettes. 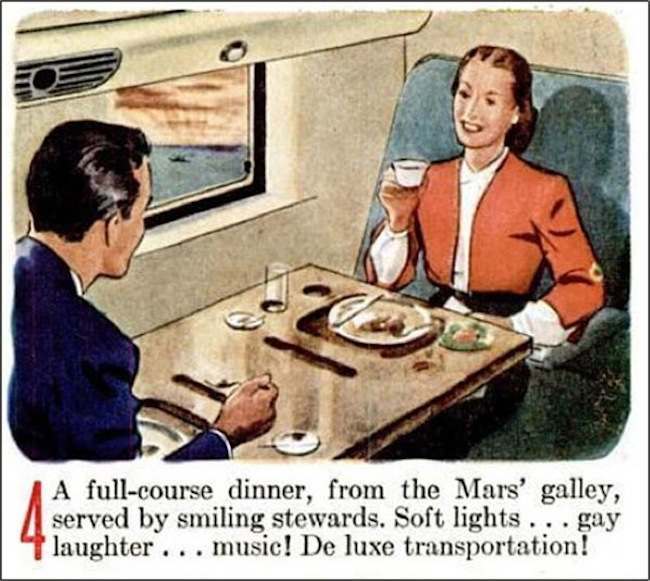 That sea looks a bit close. But we’re not diving. We’re soaring. The divots in your dinner table are not there in case that ship starts shooting, forcing the pilot into evasive action and possible attack mode; it’s there to remind you that everything has its rightful place in the word , and you, like the defeated Germans, are in yours. 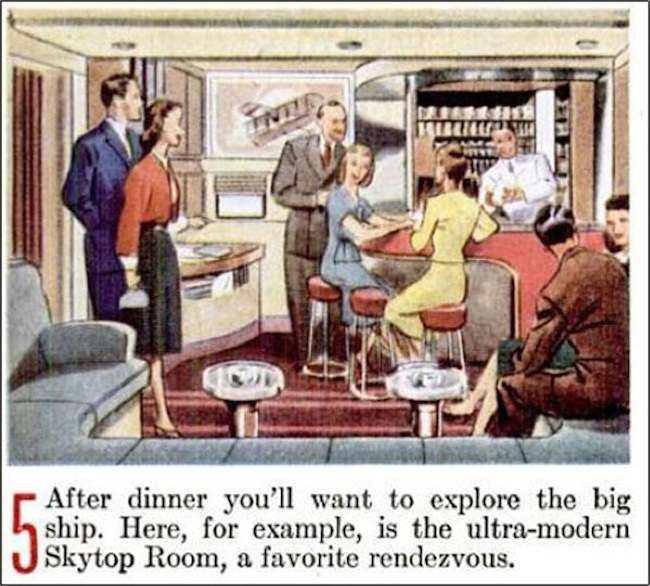 If the other bar had the wrong crowd, move on. 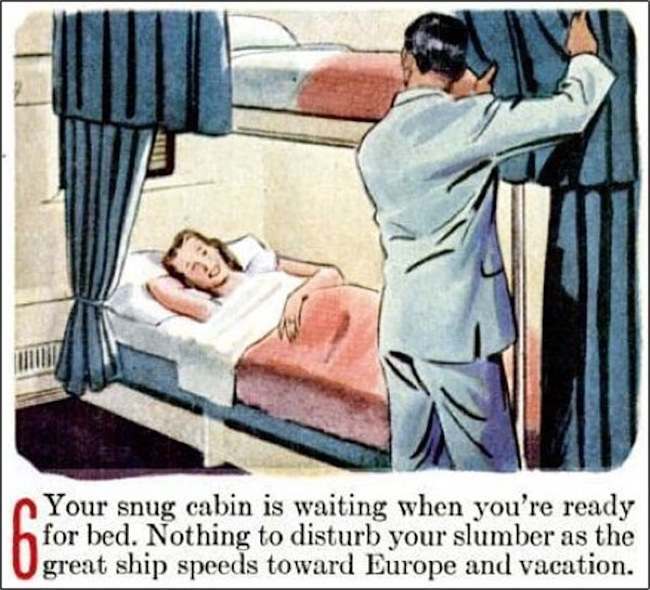 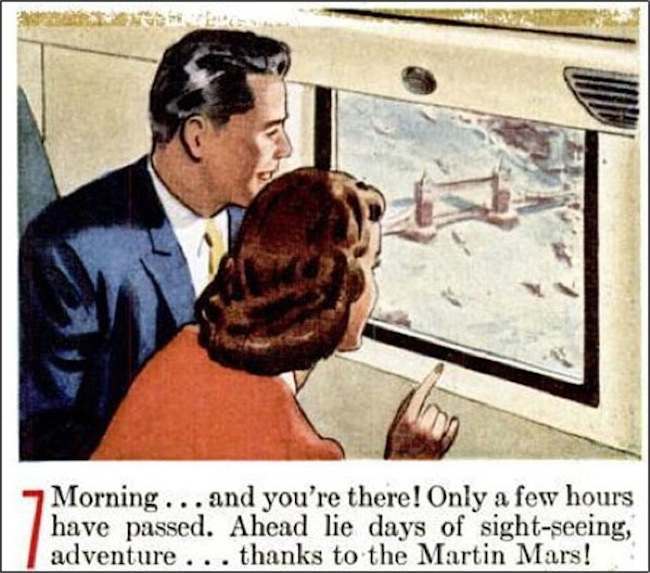 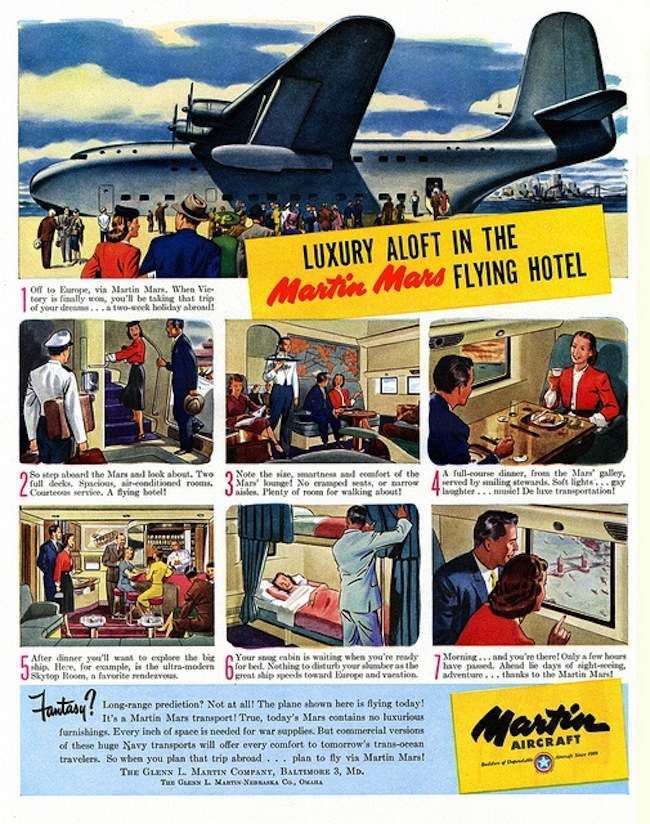 The cargo planes actually ended up as water bombers.