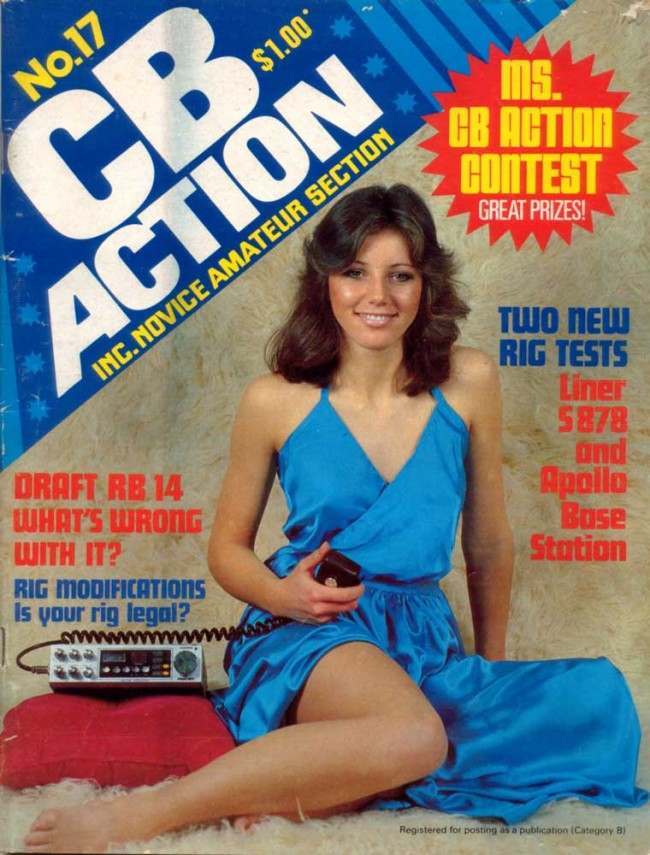 THE INTERNET has created its own slang, saturated with efficient abbreviations and a constantly evolving jargon that only insiders know. As novel as this seems, just a few decades ago there was another trendy lingo sprung from a new technology: CB Slang.

Citizen’s Band radio had been around since the 1950s, but you had to be licensed and had to use a registered call sign. However, once the CB became widely used on the interstates throughout the US, all rules were thrown out the window. Truckers started making up their own handles and things got interesting.

Well, it was around this time that America became fascinated with the blue-collar lifestyle, and nothing epitomized the fad more than truckers – they were the cowboys of the 70s, wild and free, answering to nobody. It was only a matter of time before their colorful means of communication captured the public interest.

Just like the social networks of today. People got to know each other anonymously, used a fake name, and developed their own culture and language. And it didn’t take long for the popular media to capitalize on the craze. Numerous trucker movies flooded the theaters, all prominently spotlighting the CB (Convoy, Smokey & the Bandit, Coast to Coast, etc.). Television also featured the CB via shows like Dukes of Hazzard, Movin’ On (1974) and BJ and the Bear. To add to the frenzy, C.W. McCall’s “Convoy” (1976) became a number one hit.

All this popularity actually helped bring about its own demise. Millions of users jammed the frequencies, making communication almost impossible – or, at the very least, annoyingly noisy. And once the Reagan era came into effect, the lust for lowbrow was over. Truckers were no longer rock stars of the road. As the “Miami Vice” clean and flashy ideal was established, CB radios became unwanted detritus from a gritty unclean age and were cast aside.  In the colorful language of the trucker, CBs were gone “faster than a raped ape.” 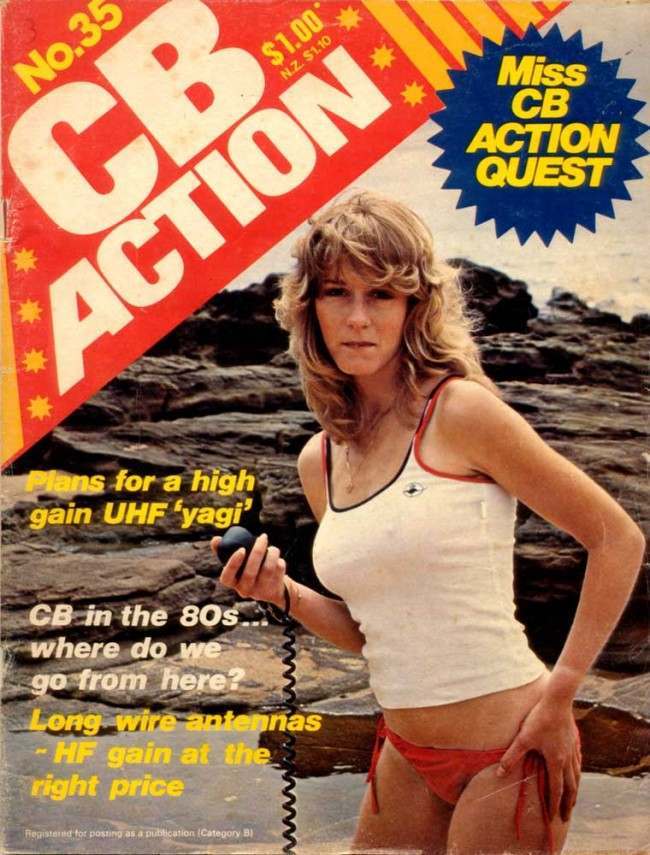 Here’s an example of a conversation between two truckers over their CB radio.  We’ve provided a translation so you can follow along:

Trucker 1: Back off the hammer and don’t feed the bears.  There’s a Kojak with a Kodak ahead

Slow Down and don’t get a traffic ticket. There is a police officer with radar ahead.

Trucker 2: Wilco Roger.  Doin’ the double nickel.  Got a Christmas Card from a Beaver Bear in an a brown paper package back in Dice City.

Acknowledged. I’m driving 55 (the speed limit). I received a speeding ticket from a female cop in an unmarked car in Las Vegas.

Trucker 1: A pregnant roller skate full of vitamins dusted my britches. Did you put an eyeball on her?

Did you see the Volkswagon going full speed just passed me?

Trucker 2: Negative copy.  Everybody must be walking the dog and there’s Tennessee Valley Indians.

I couldn’t hear you.  All channels are busy and there is TV channel interference.

Trucker 1: I’m runnin’ on sailboat fuel and there’s ground clouds ahead.  Good time to get some Motion Lotion.

I am running on empty and there is fog ahead.  It’s a good time to refuel.

Trucker 2: Well then, put your foot on the floor and let the motor toter –there is Go-Juice, Mud and Muff next exit.

Then speed to the next exit where there is gasoline, donuts, and women.

Trucker 1: Big 10-4. Keep your eyes and ears open and your black stack smoking.

Trucker 2: Keep the shiny side up and the greasy side down. Three’s and eights 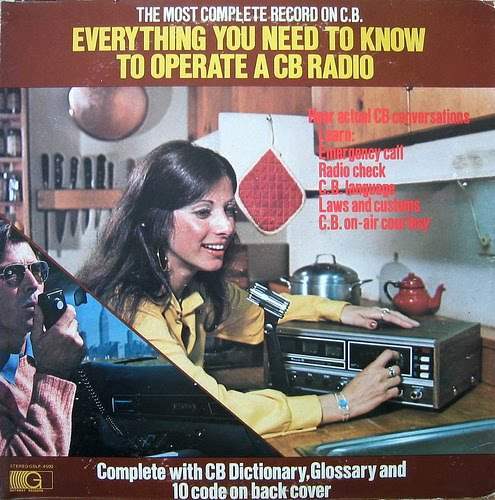 In an effort to keep this colorful language alive, here is a dictionary of terms we think you should know.   Good luck and keep the bugs off your glass and the trouble off your ass.  Over and out.

Ancient Mariner -AM radio/frequency
Baby Bear- Cop in training, or rookie
Back ‘em up -Slow down
Back off the hammer -Slow down
Bear Bait -Speeding car
Bear Cage- Police station or jail
Bear Cave -Police station or barracks
Bear Trap -Stationary police vehicle with radar
Bear in the air- Helicopter or other police aircraft
Beat the bushes -To drive ahead of the others and try to lure out the police
Beaver Bait- Money
Beaver Fever -A CBer who misses his girlfriend or wife
Benton Harbor Lunch Box -Heathkit CB-1
Black’n White- Cop
Breaking the ‘ol needle- Strong signal
Bring it back -Answer back
Brown paper bag -Unmarked Police car
Brush your teeth and comb your hair-Radar trap ahead
Bubble gum machine- Flashing lights on top of car
Bumper Lane- Passing lane

Dead Pedal- Slow moving car or truck
Dead Key- Activating the microphone, but not talking. Same as “keying the mike”.
Diesel Juice -Fuel oil
Doing the Five-Five- Traveling at 55mph
Don’t Feed The Bears- Don’t get any tickets
Down and on the side -Through talking but listening.
Dream Weaver- Sleepy driver who is all over the road.
Dress For Sale -Hooker
Dressed for the ball -You have your “Ears ON”, listening to the road conditions
Drop the Hammer -Go as fast as you can
Dusted my britches -Passed me 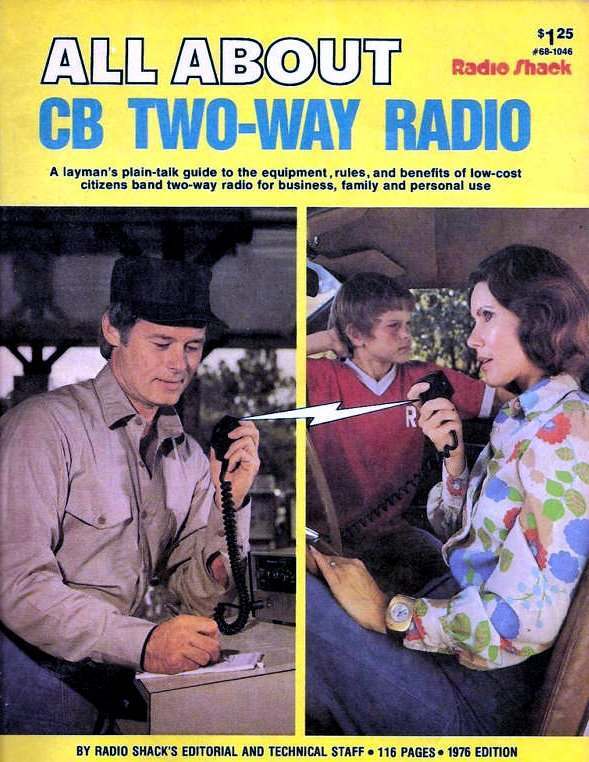 Keep the whites on your noise and the reds on your tail – Stay on the road. Drive carefully and have a good trip.
Keep the shiny side up and the greasy side down – Drive safely.
Keep the wheels spinning – Drive safely.
Keep your noise between the ditches and smokey out of your britches – Drive carefully, lookout for speedtraps.
Keep your rubber down and your metal up – Drive carefully and have a good trip.
Knock the stack out – Accelerate
Kojak – Cop
Kojak with a Kodak – Cop with radar 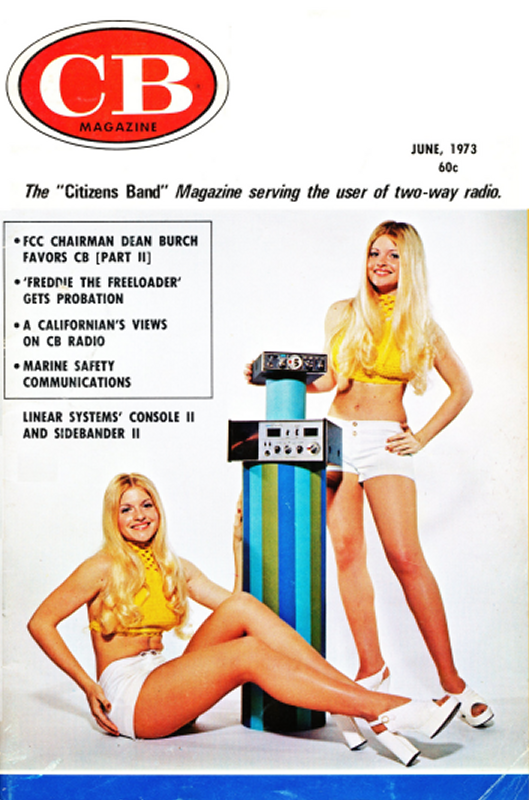 Lettuce – money
Lights green, bring on the machine – Road is clear of police and obstructions.
Log some Z’s – Get some sleep.
Loot Limo – Armored Car.

Nap Trap – Place to sleep.
Negative Copy – Didn’t hear.
Ninety Weight – Liquor
One eyed monster – TV Set
One foot on the floor, one hanging out the door, and she just won’t do no more – Full speed.
Open Season – Cops are everywhere
Over and out – Closing the transmission. 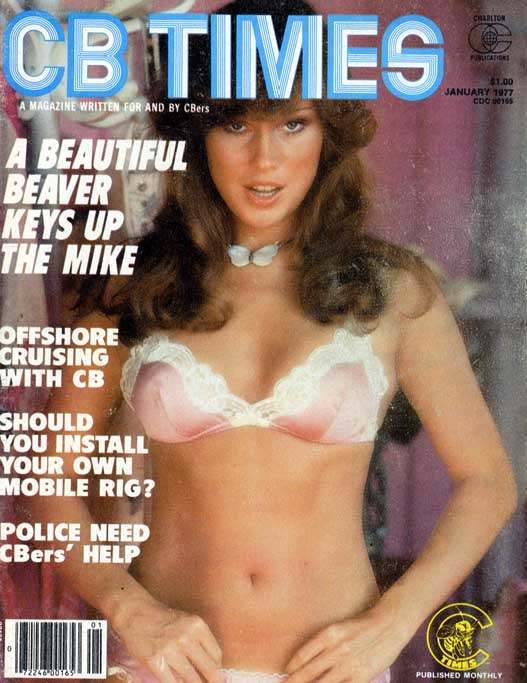 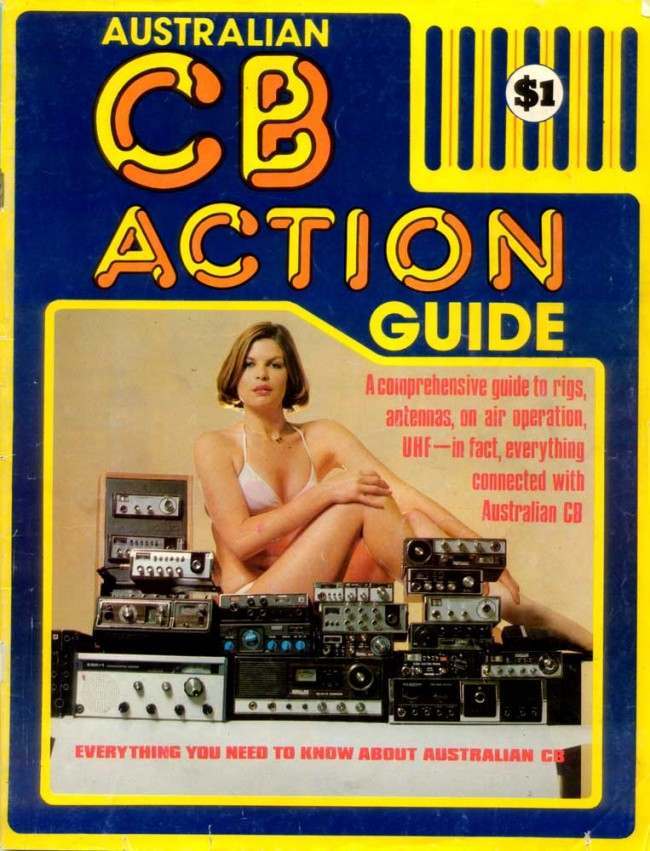 Wall-to-wall and ten feet tall – Strong clear signal
Warden – The wife
Watch the pavement – Drive safely
Watch your donkey – Police are coming up behind you.
Water hole – Truck stop
Wear your bumper out – Following too close.
What’s your twenty? – What is your location?
Wilco Roger -Affirmative.