In December 1931, Winston Churchill was forced to cancel a lucrative 40-stop lecture tour of the United States on account of being bit by a car on his way to dinner with financier Bernard Baruch on New York City’s Upper East Side. The car was travelling at 35mph when it struck Churchill as he crossed 5th Avenue mid-block. 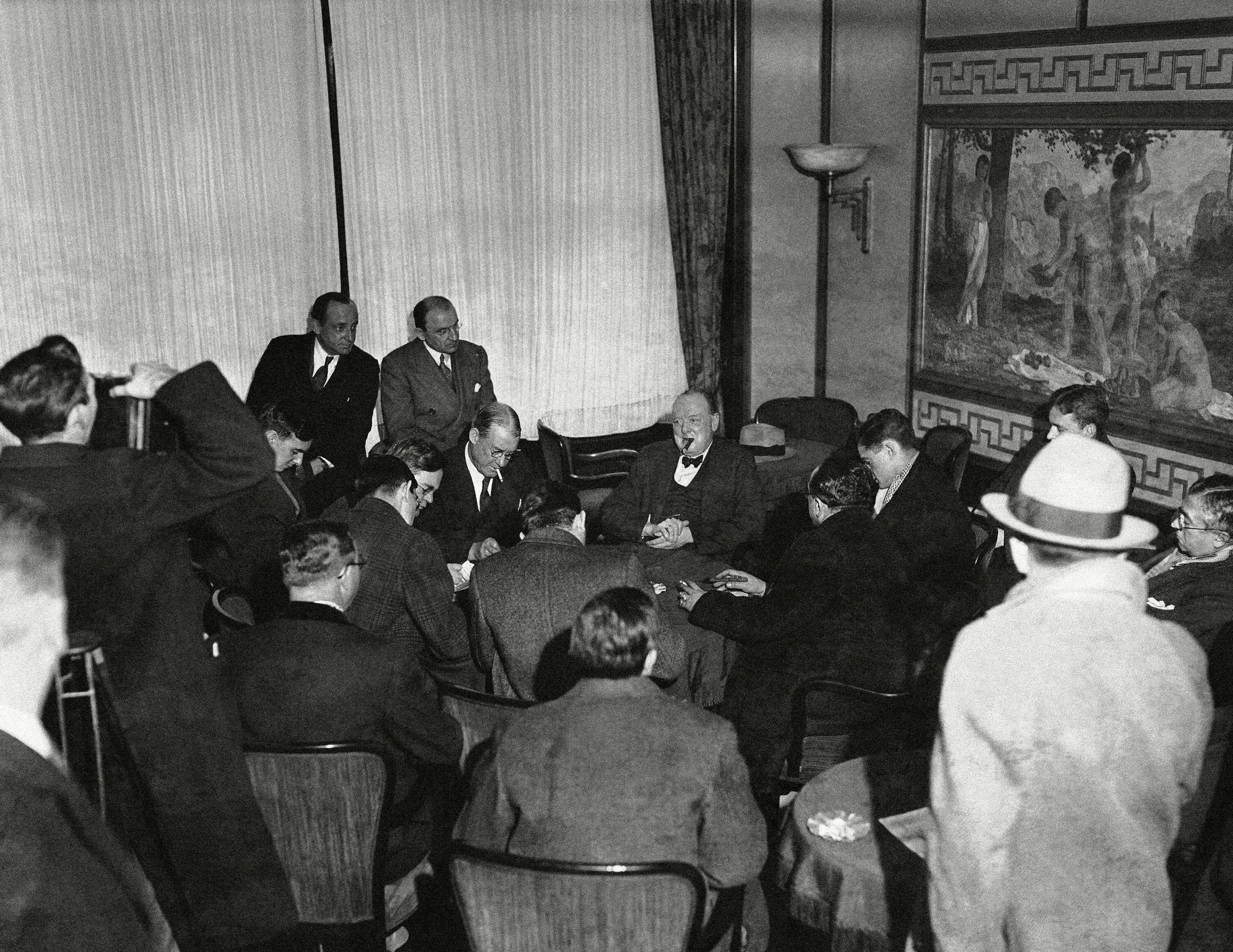 Winston Churchill, veteran British statesman talking to reporters on board the Europa in New York City on when he arrived in this country to begin a series of lectures. December 11 1931

Churchill, who earlier that year danced the Roll Dance with Charlie Chaplin, told all:

In England we frequently cross roads along which fast traffic is moving in both directions. I did not think the task I set myself now either difficult or rash. But at this moment habit played me a deadly trick. I no sooner got out of the cab somewhere about the middle of the road and told the driver to wait than I instinctively turned my eyes to the left. About 200 yards away were the yellow headlights of an approaching car. I thought I had just time to cross the road before it arrived; and I started to do so in the prepossession -wholly unwarranted – that my only dangers were from the left.

As Churchill would later learn, mortal dangers are often from the Right. Indeed, in a weird quirk of fate, like Churchill, Adolf Hitler survived being hit by a car that same year.

Craig Brown writes in One By One:

In August 1931 a Sloaney young Etonian called John Scott-Ellis, on his proto-gap yah, was bombing down Briennerstrasse in Munich in a little Fiat. A gentleman in his early forties, with a small square moustache, not looking where he was going and perhaps brooding on greater things, stepped into the road and Scott-Ellis clonked right into him.

The pedestrian dropped down onto one knee, but then he got up again and mercifully no harm was done. In fact he was quite charming about it, shook the driver’s hand, and went on his way. A friend in the car then told Scott-Ellis he had just knocked down “a politician with a party” who “talks a lot. His name is Adolf Hitler”.

“For a few seconds, perhaps,” reflected Scott-Ellis years later, “I held the history of Europe in my rather clumsy hands.” The moral of the story sounds like something the mischievous writer Saki might have dreamt up. Sometimes it would be a good idea to drive far more dangerously in a built-up area. 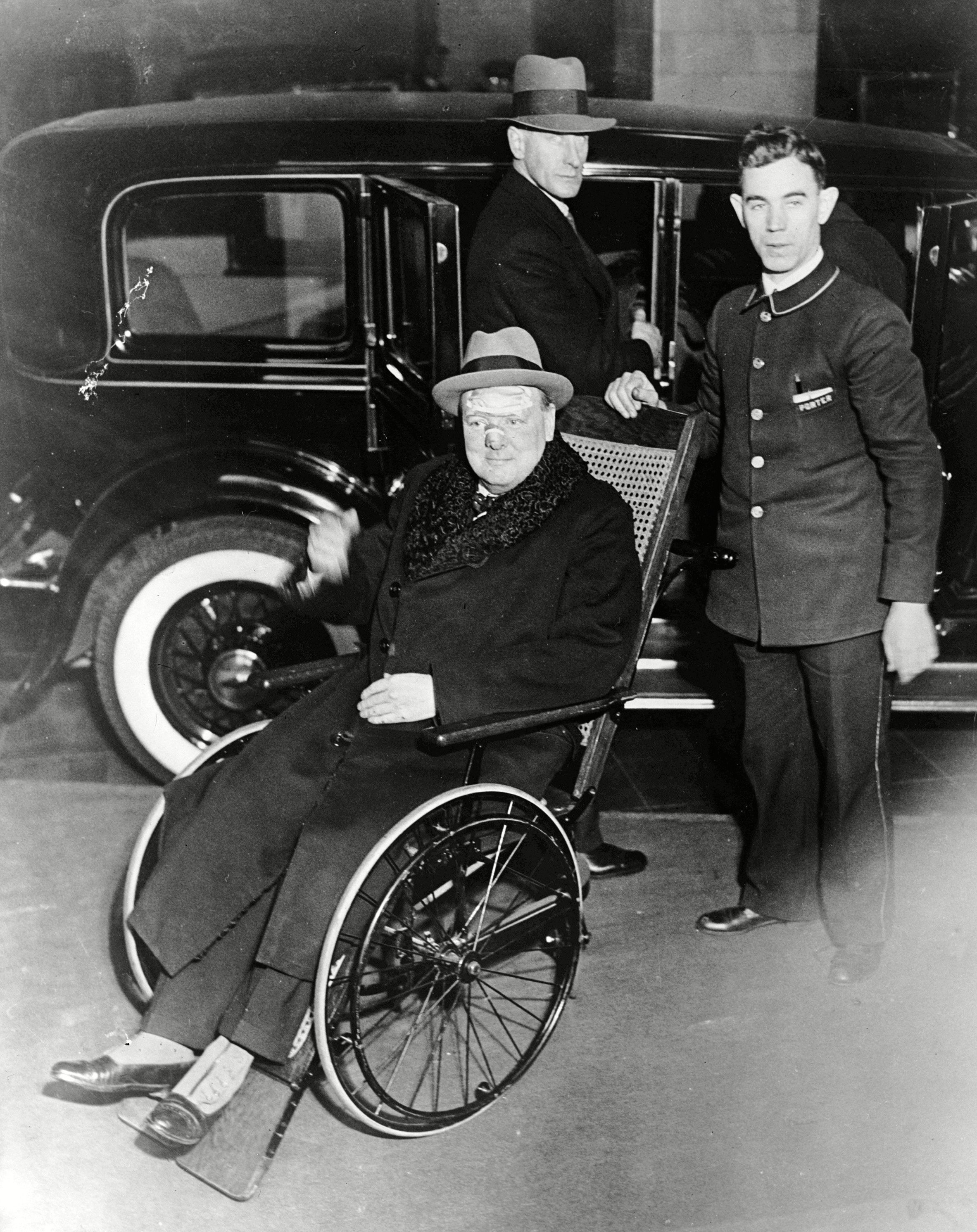 Winston Churchill leaves the Lenox Hill hospital, New York, in a bath chair with bandages on his face. Churchill is recovering from an accident in which he was knocked down by a taxi driver in Fifth Avenue November 3 1931 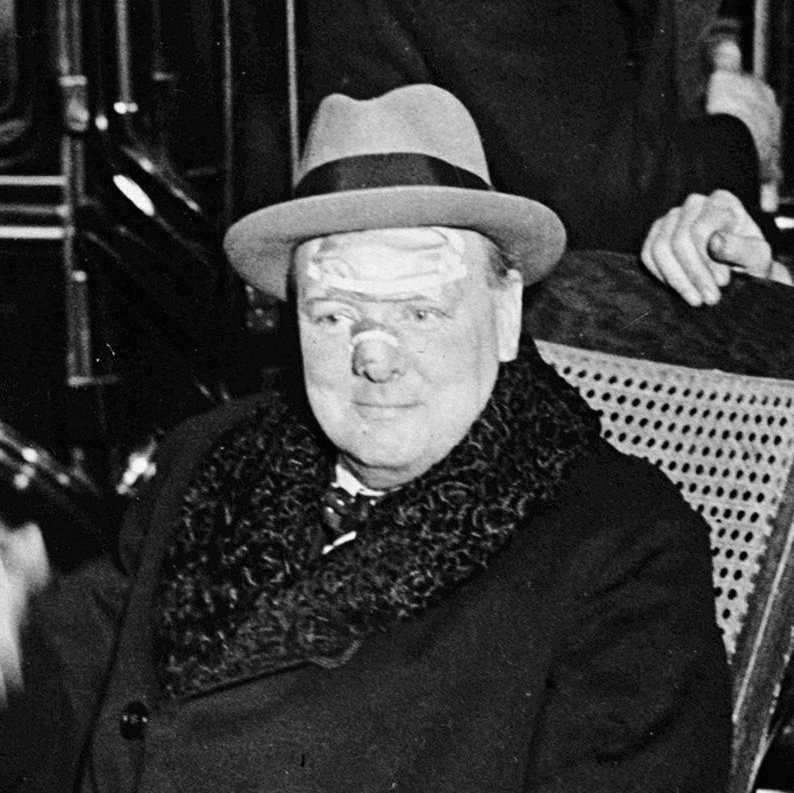 Winston Churchill leaves the Lenox Hill hospital, New York, in a bath chair with bandages on his face. Churchill is recovering from an accident in which he was knocked down by a taxi driver in Fifth Avenue

In Lenox Hill Hospital, nursing a nasty gash to the head, fractured nose, fractured ribs, shock and the pleurisy he’d contracted on the wards, Churchill sought respite from pain. “I do not wish to be hurt any more. Give me chloroform or something,” he directed an orderly. 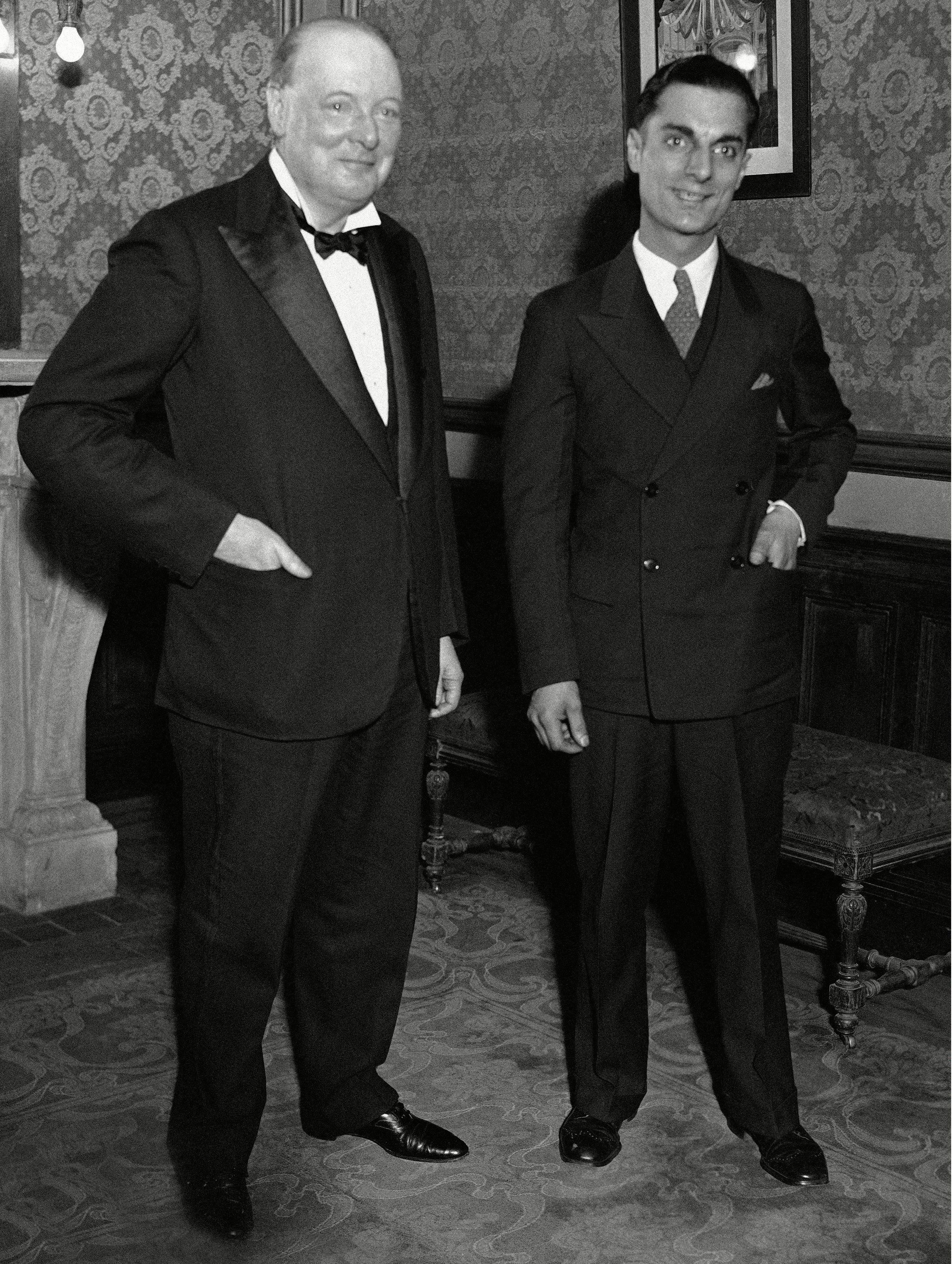 Winston Churchill with Mario Cantasano, the New York taxi driver, whose car struck the former chancellor of the British exchequer in New York. Cantasaono was an invited guest to the lecture given by Mr. Churchill at the Brooklyn Institute of Arts and Sciences on . The former chancellor, who was in the hospital for some time after the accident, said it was his own fault and absolved the driver of all blame. Jan 28 1932

The restorative he required was booze. A mere six weeks after the mishap, Churchill embarked on a new 14-stop US tour. Would he endure the rigours of travel? Otto Pickhardt, Lenox Hill’s admitting physician, was on hand to help. He equipped Churchill with a prescription to escape Prohibition and drink on demand. His note ran: 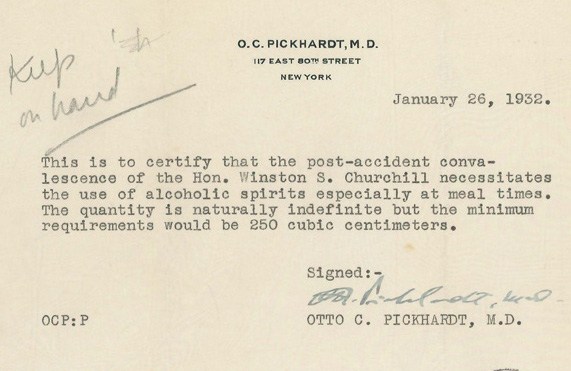 …the post-accident convalescence of the Hon. Winston S. Churchill necessitates the use of alcoholic spirits especially at meal times. The quantity is naturally indefinite but the minimum requirements would be 250 cubic centimeters.

The rest , as they say, is history.