William Peter Blatty (January 7, 1928 – January 12, 2017) is best known as the author of the The Exorcist (1971) and writer of its film adaptation, for which he won an Oscar (1973). Stephen King praised Blatty for writing “the great horror novel of our time”. It is utterly chilling.

But before that he was a successful horror writer, for around a year, Blatty was Prince Khairallah el Aswad el Xeer, an Arab royal living it large in Beverly Hills. 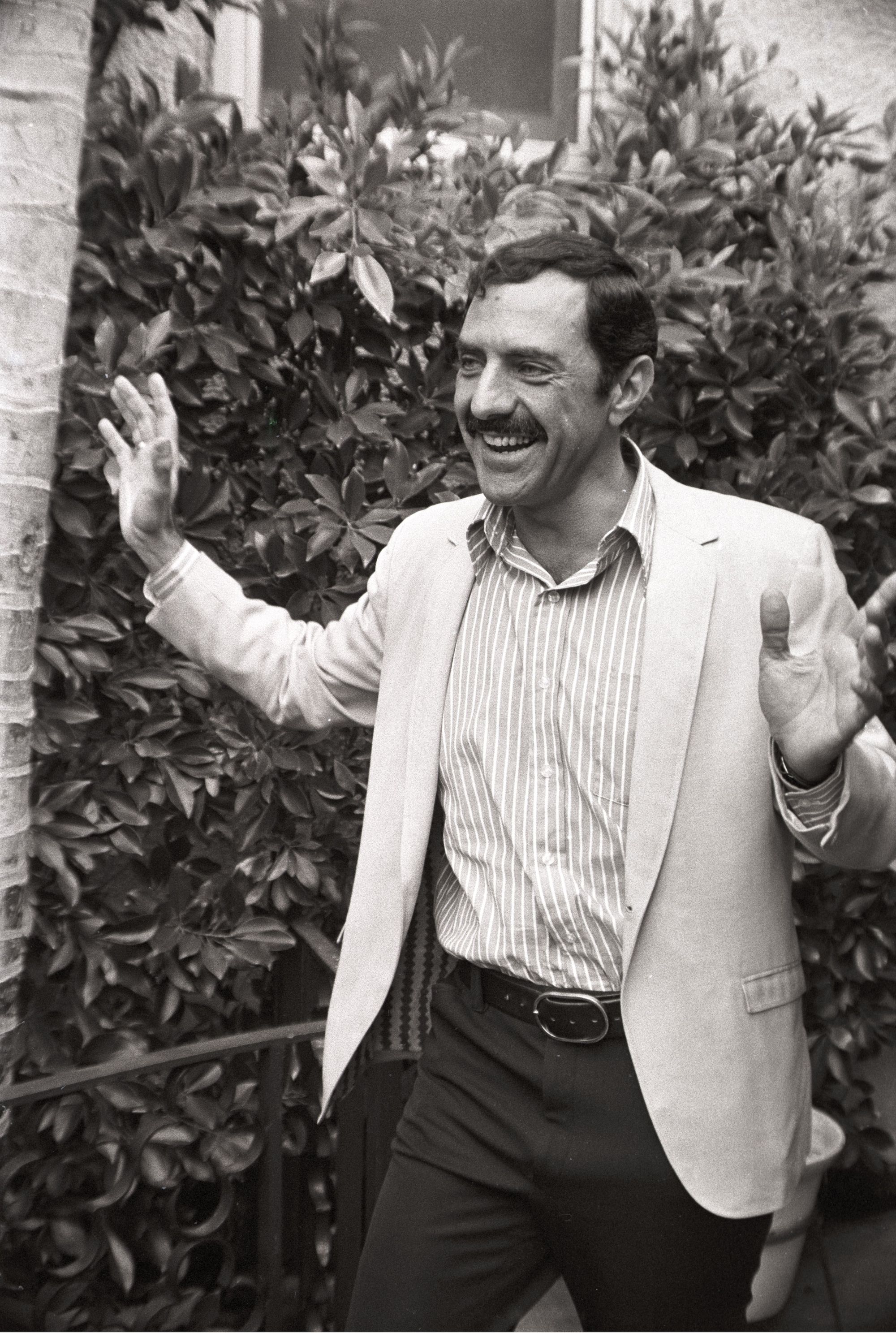 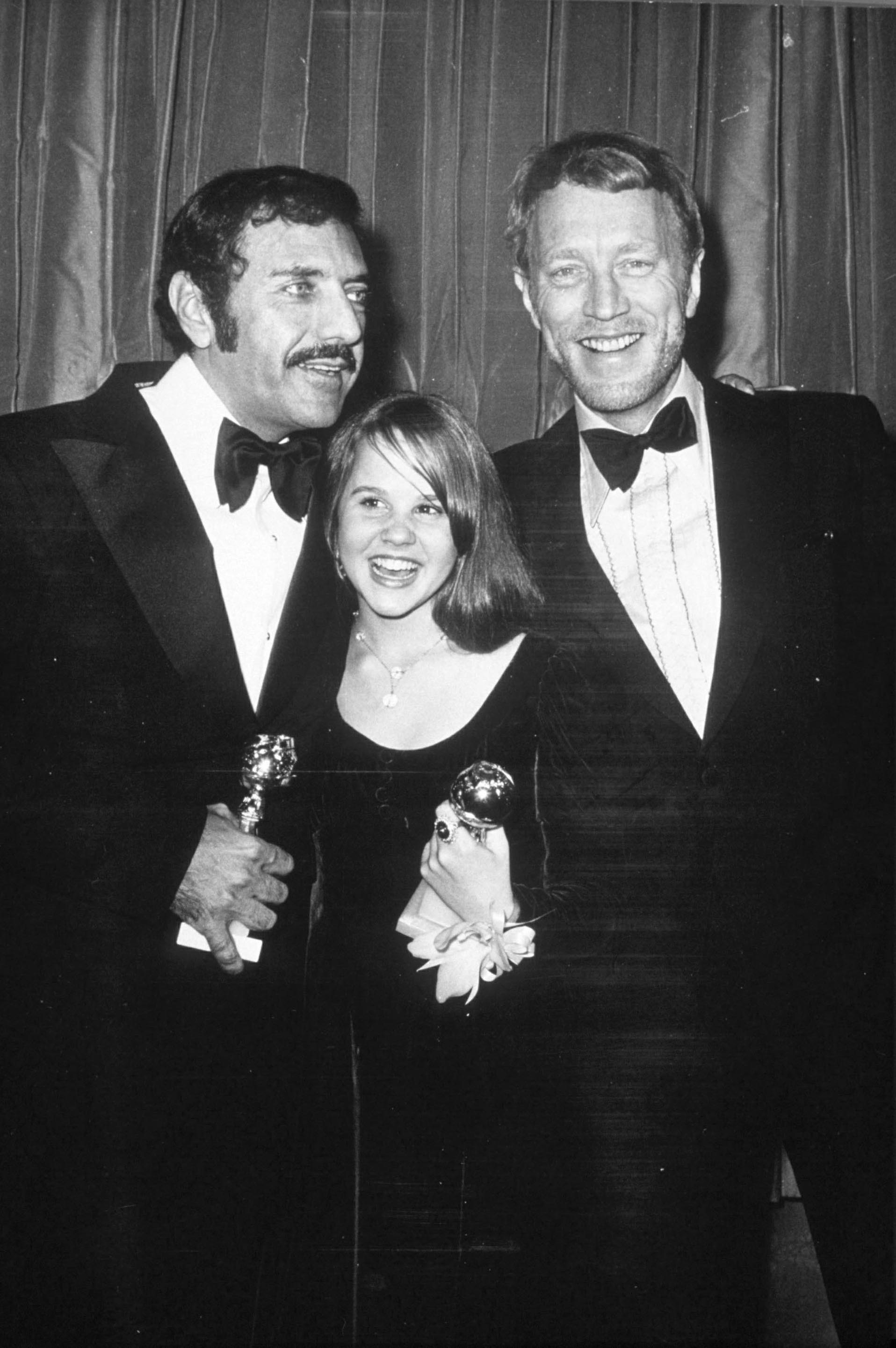 In the late 1950s, Blatty wrote a series of articles published in the Saturday Evening Post about posing as Prince Khairallah el Aswad el Xeer, the wayward son of King Saud of Saudi Arabia on vacation in Hollywood. Blatty reasoned that King Saud had “around 30 sons” so who would question another one?

The plot was to trick Hollywood notables. It worked. Doors opened for the exotic blue blood. One article, which appeared in the March 29, 1958, issue, was headlined They Believed I Was An Arab Prince – William Peter Blatty Poses As “Prince Xeer” For Ten Days – Gullible Hollywood Bows And Scrapes.

That was him tossing jewels (fakes) about the place as he shimmied through town in the company of a pal acting as ‘FBI agent Frank Hanrahan’, who’d tell everyone he’d been ‘saddled by the State Department with the task of being “this pain-in-the-ass” Prince’s’ guide and bodyguard while he “cooled down” from some grave but unspoken problem back home.”

Blatty, the New York-born son of immigrant Lebanese parents, could pull off the Arab language. Hanrahan less so. He’s talk to Blatty in basic Latin. Blatty would reply in In-gleesh.

The joke reached its apogee when in 1961 Blatty appeared as Prince Xeer on the Groucho Marx quiz show You Bet Your Life. The appearance would promote his 1960 book WHICH WAY TO MECCA, JACK? From Brooklyn to Beirut: The adventures of an American Sheik.

In his humorous 1973 memoir I’ll Tell Them I Remember You, Blatty notes how winning $10,000 on the show gave him enough money to quit his job and write full-time.

Blatty loved a joke. But who wants a funny horror writer? “The sad truth is that nobody wants me to write comedy,” he said in an interview in 1999. “The Exorcist not only ended that career, it expunged all memory of its existence.” 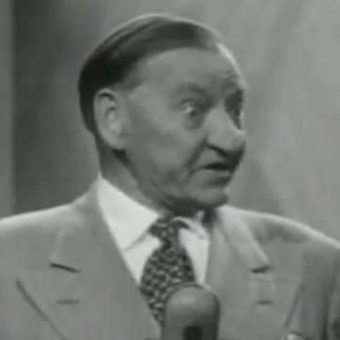 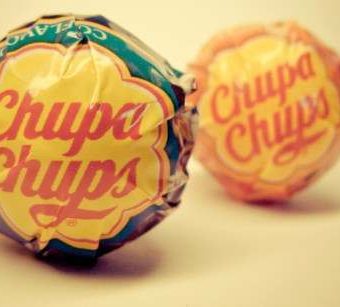 A Wonderful Collection of Salvador Dali’s Book And Lollypop Illustrations 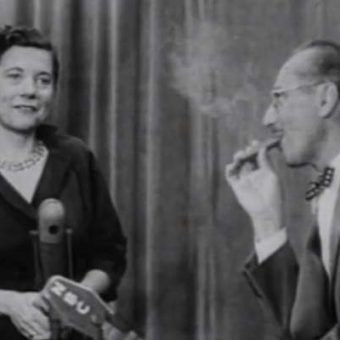 Groucho Marx’s You Bet Your Life – the outtakes