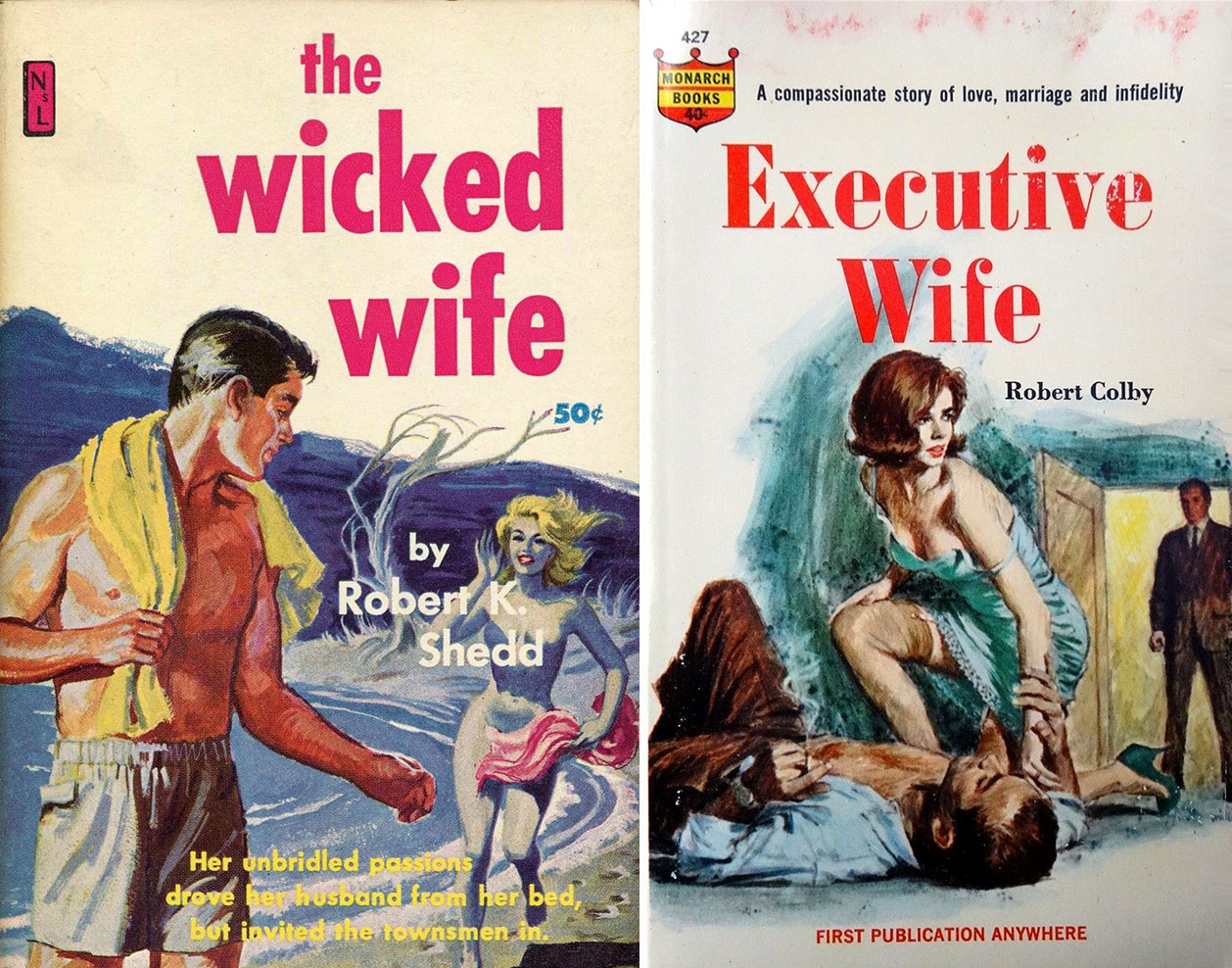 “HE WAS WEAK.  SHE WAS WANTON” – the tagline for Grounds for Divorce by Jack Woodford (1948) sums it up perfectly.  Sure, the men in these tawdry tales aren’t exactly saints.  However, the story is almost always the same: she’s the tempter, he’s the tempted. 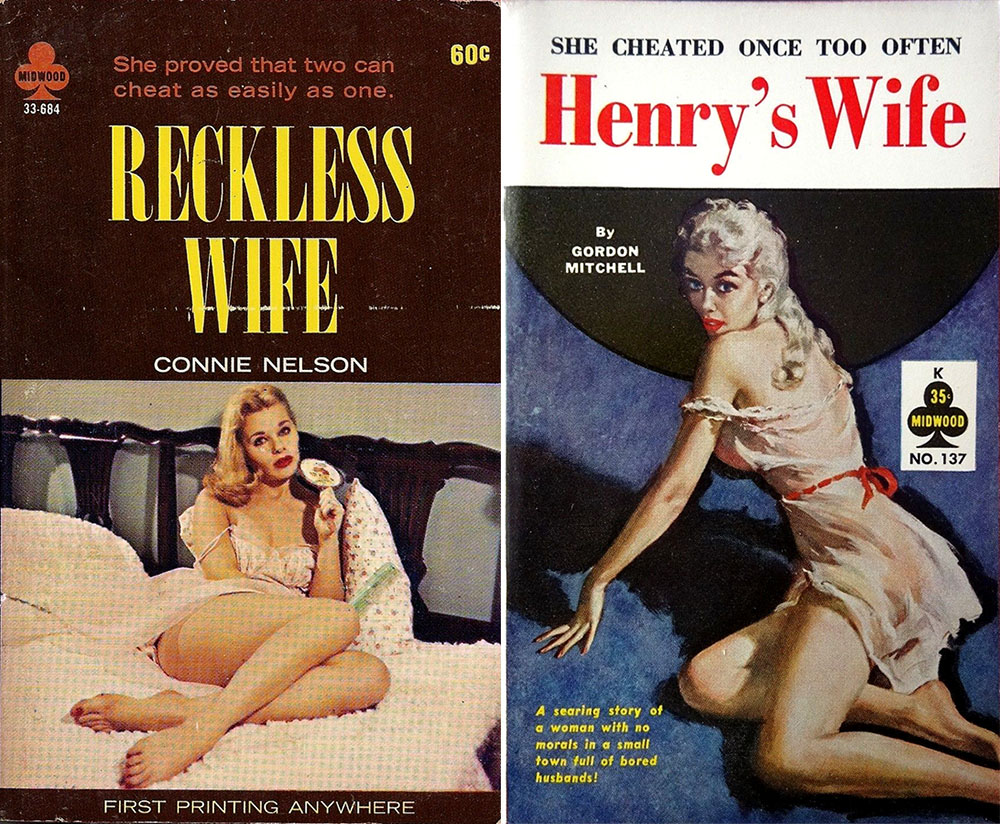 “A searing story of a woman with no morals in a small town full of bored husbands!”  Yep. The women are to blame: if they’d kept their husbands satisfied they wouldn’t have been so “bored” and susceptible to the Henry’s wife’s temptations.

And poor Henry.  You’ll notice a good many cuckolds in these stories as well. 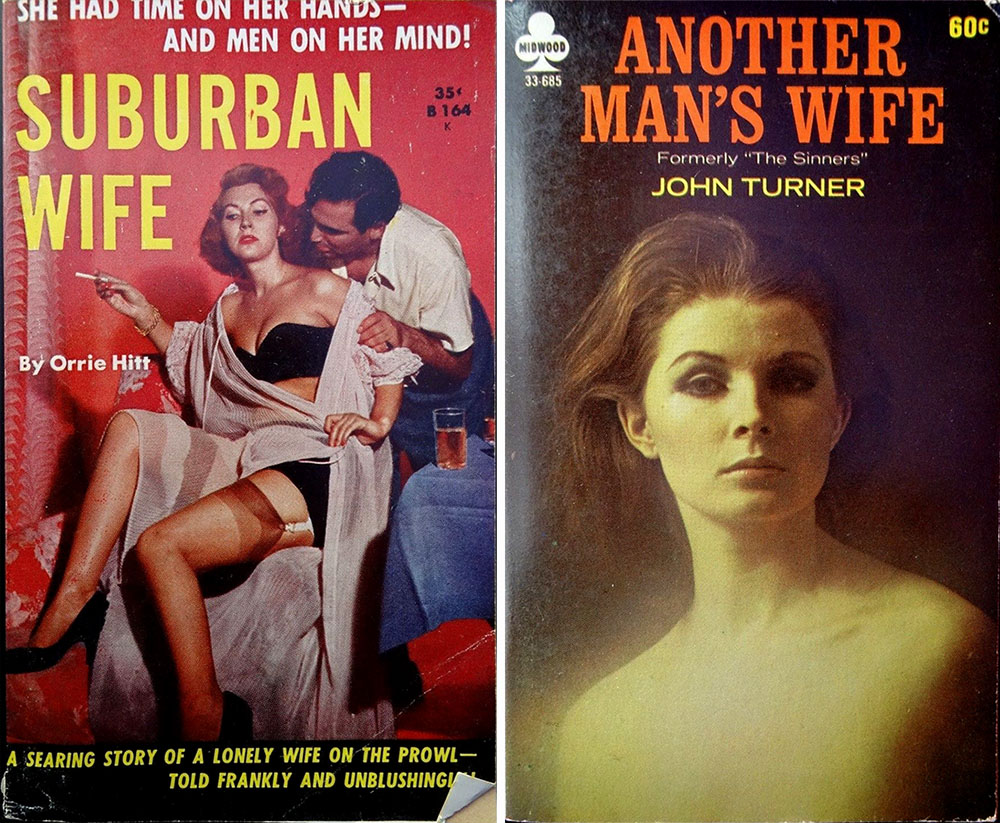 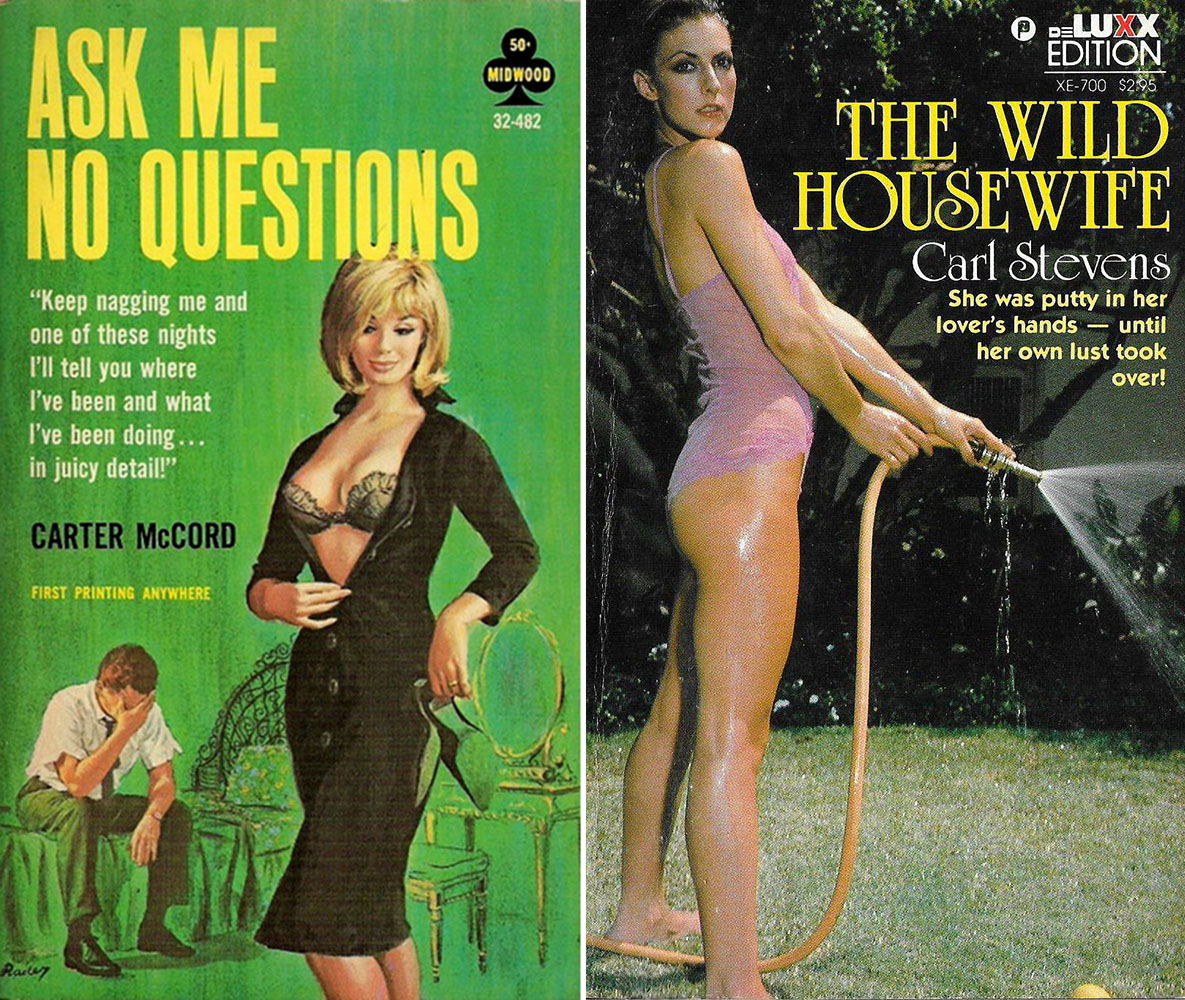 “Keep nagging me and one of these nights I’ll tell you where I’ve been and what I’ve been doing… in juicy detail!” 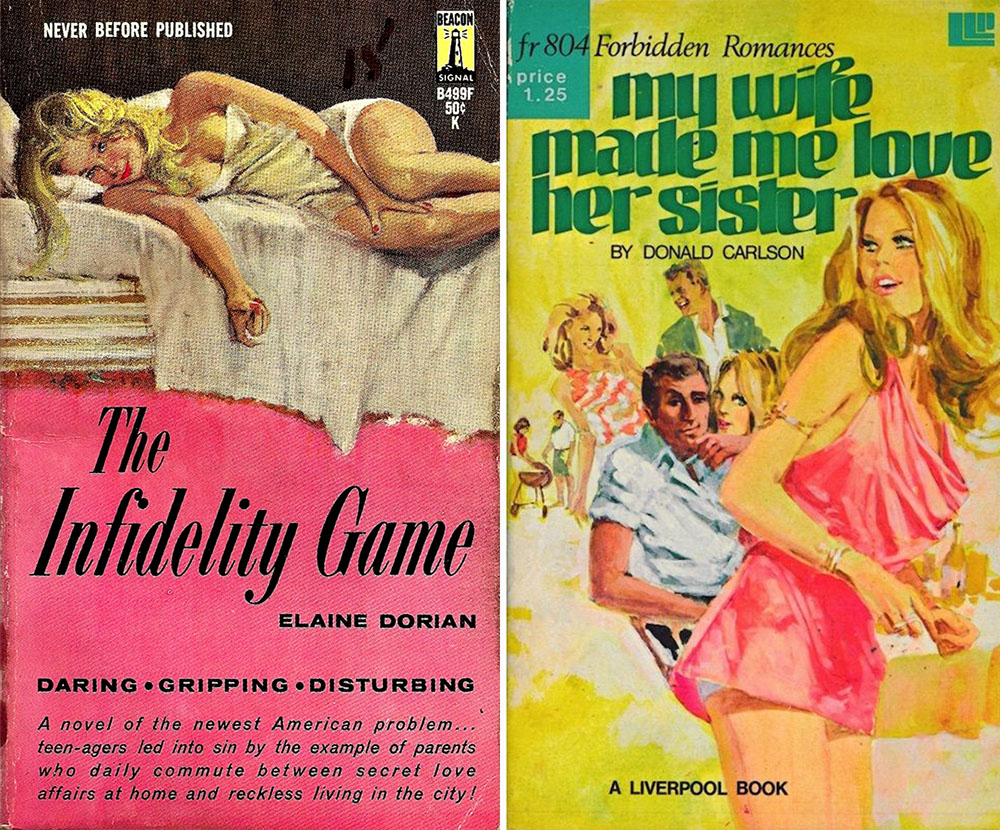 “My wife made me love her sister” – somehow I doubt there was a gun to his head… but, okay, we’ll keep the “poor tempted male” story alive. 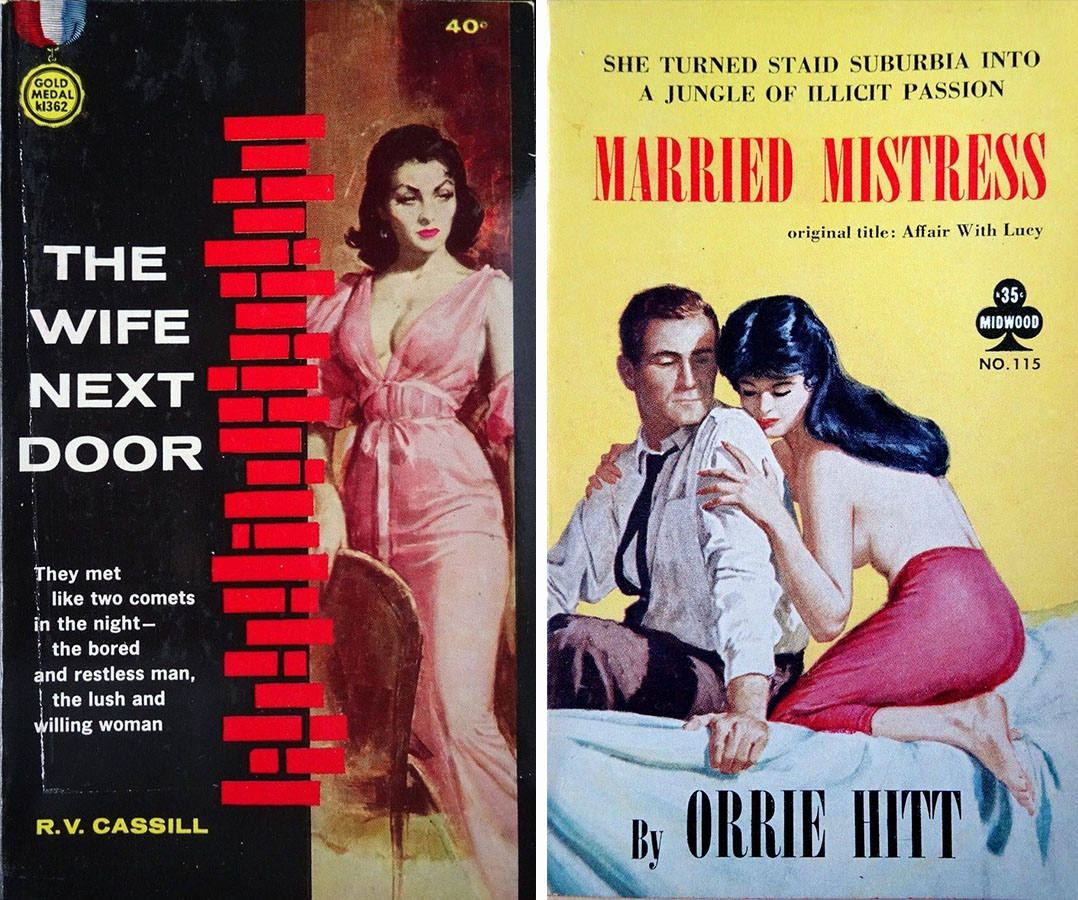 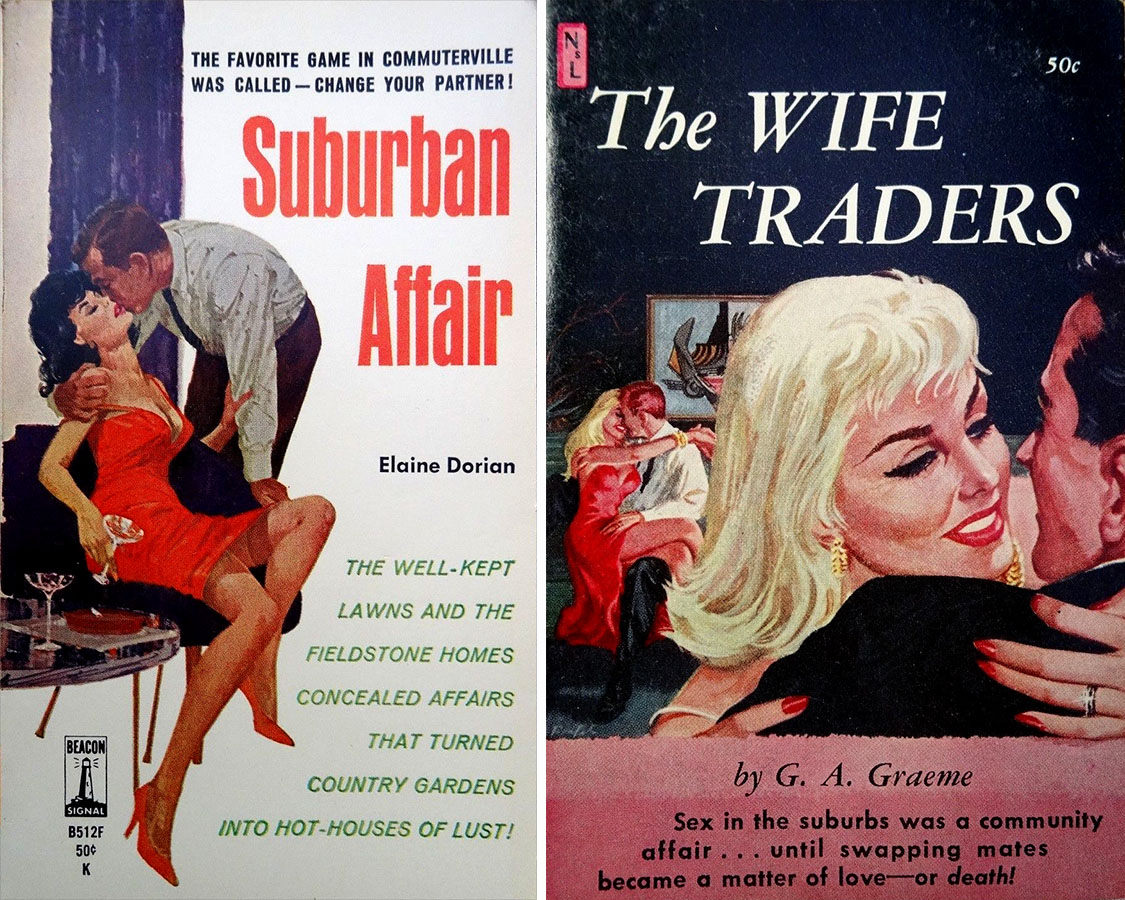 “The well-kept lawns and the fieldstone homes concealed affairs that turned country gardens into hot-houses of lust!” 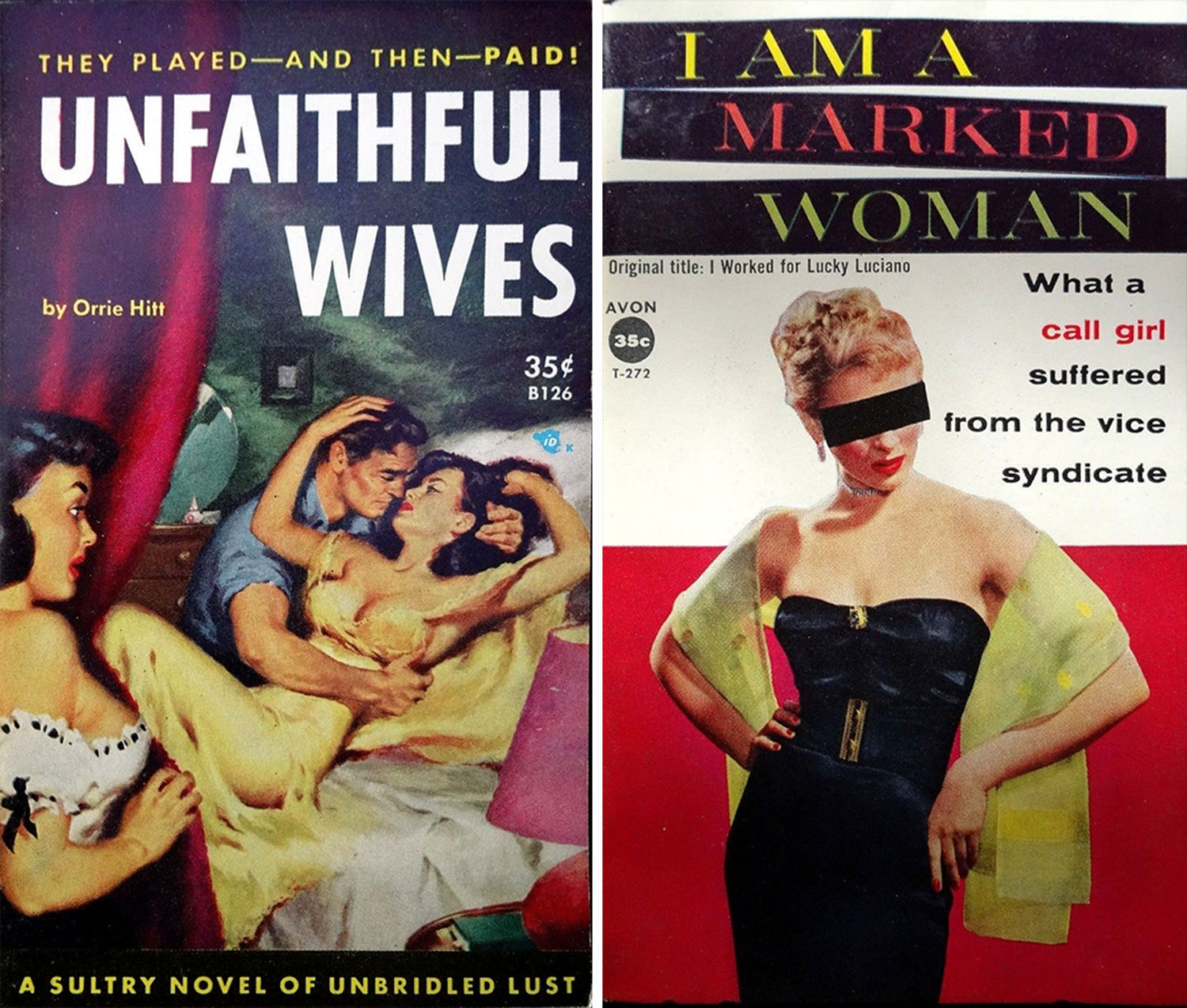 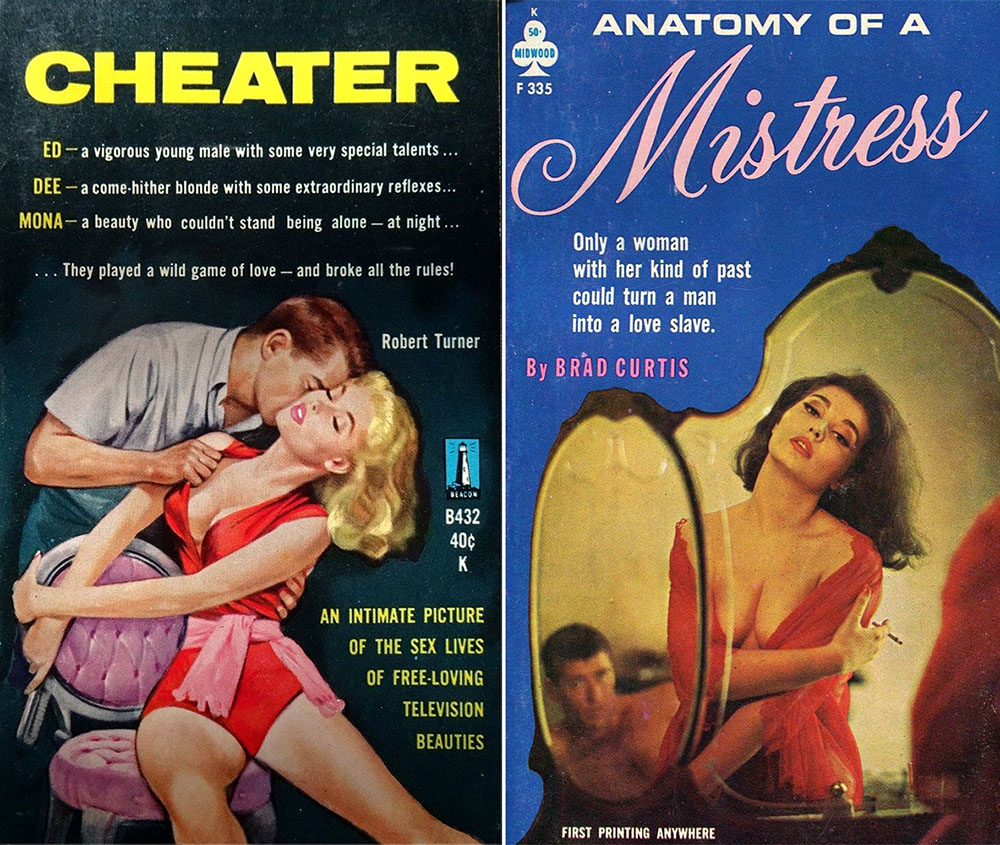 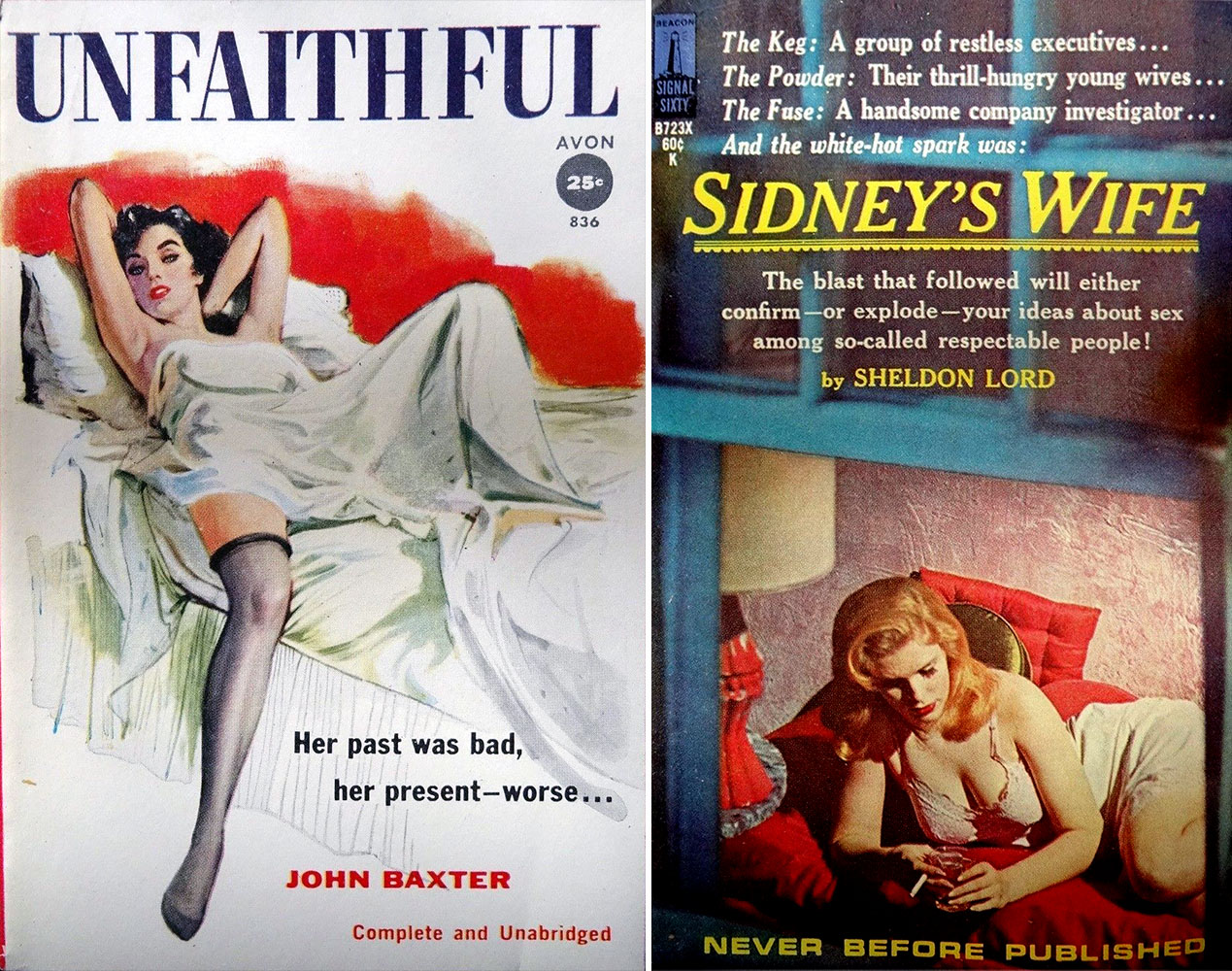 I love how the men are often described as simply “restless”, whereas the ladies are straight-up whores, of course. 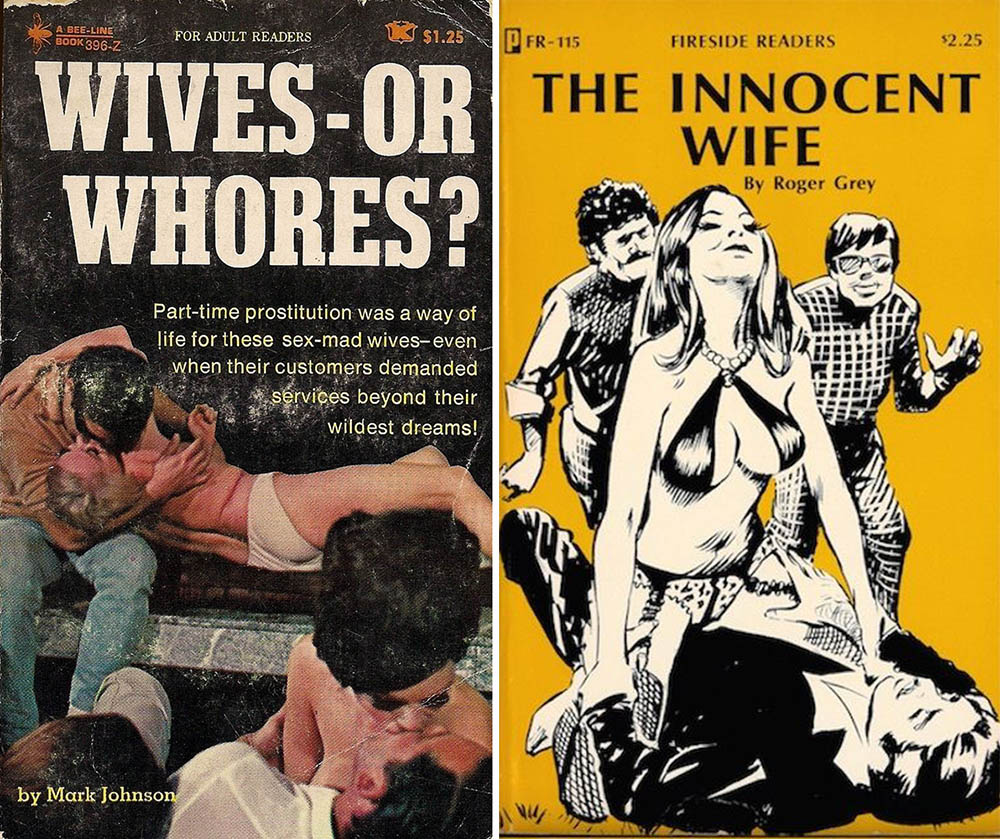 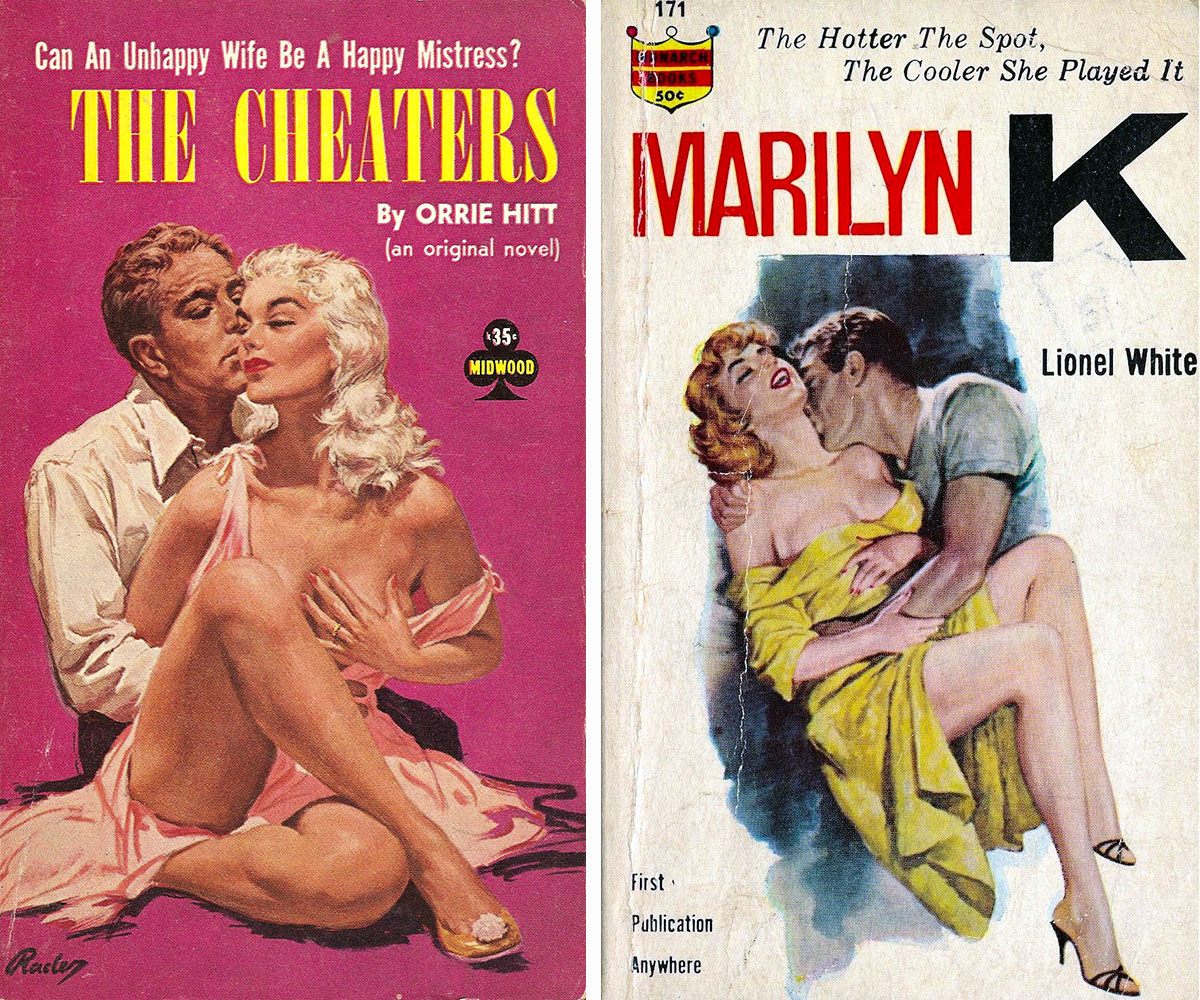 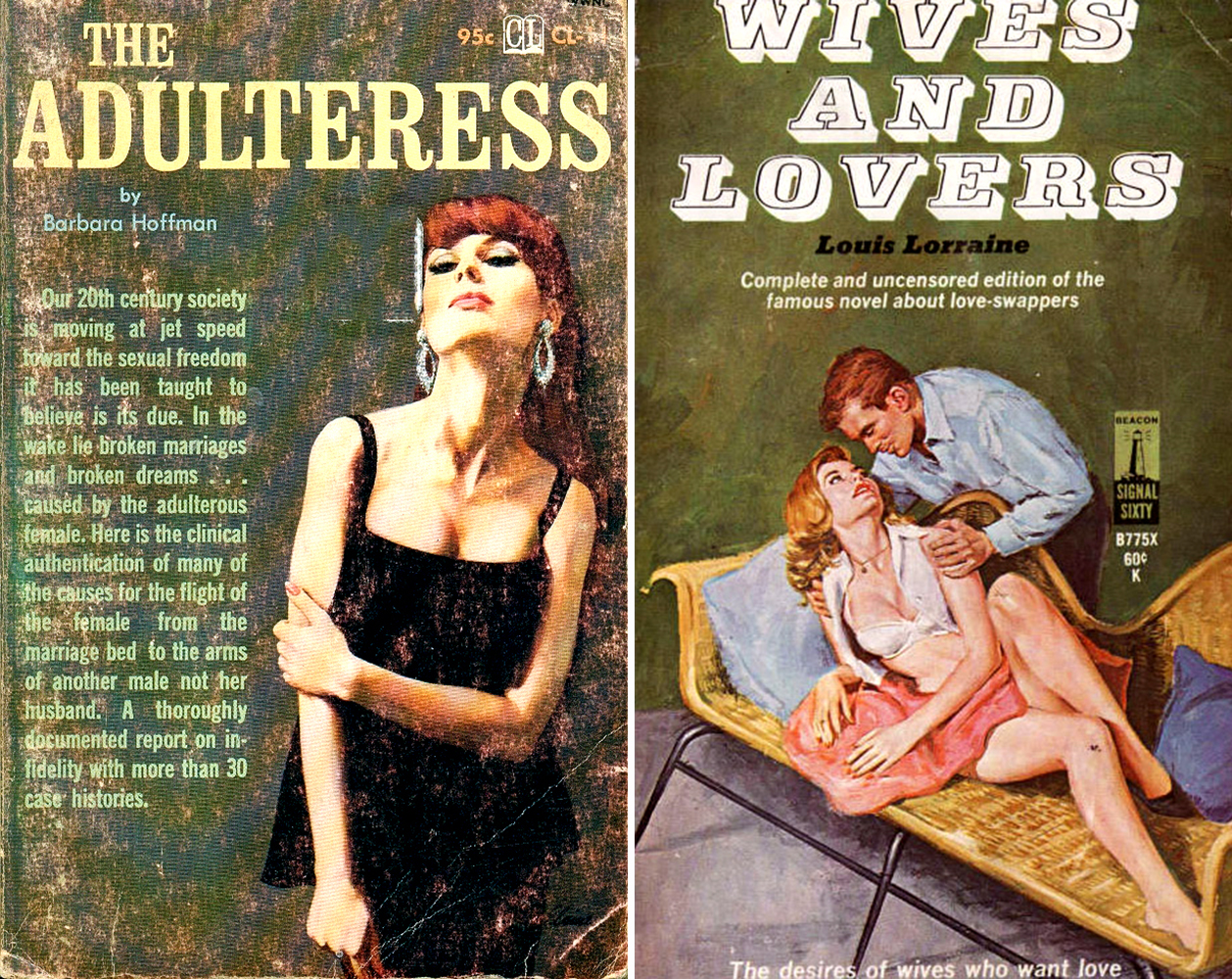 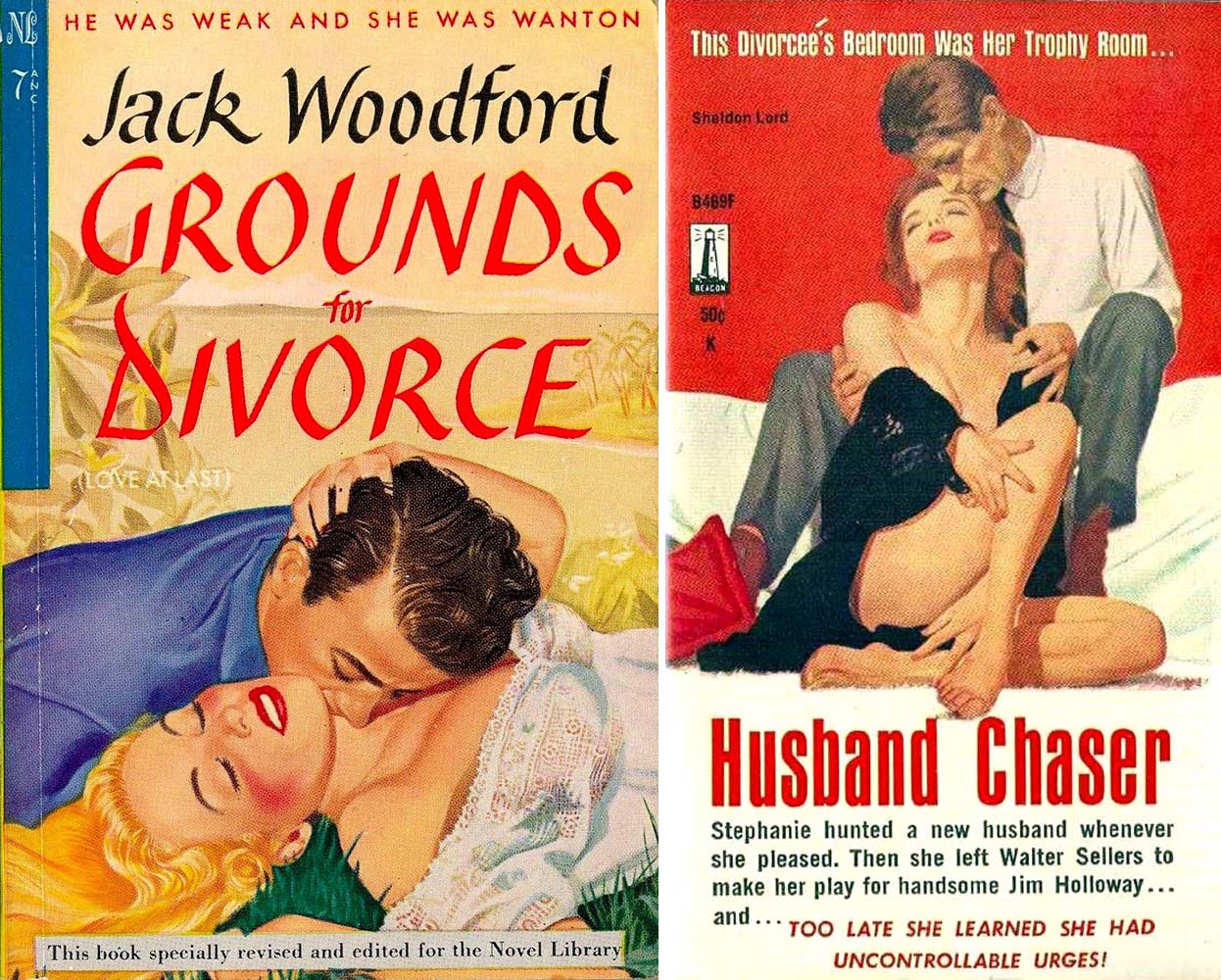 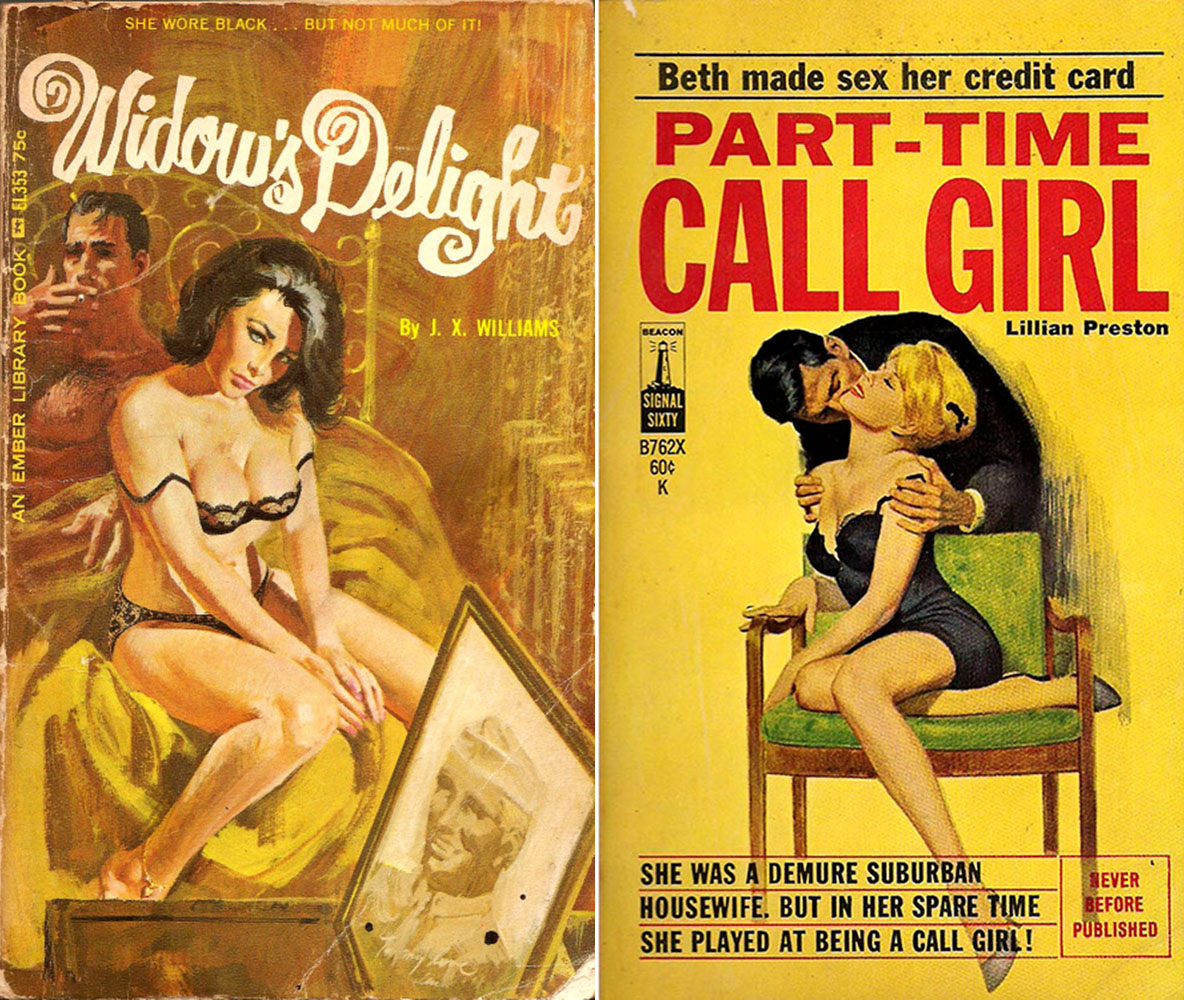 God, even the widow is portrayed as a harlot – having carnal relations beside the photograph of her dead soldier husband.  Shame! 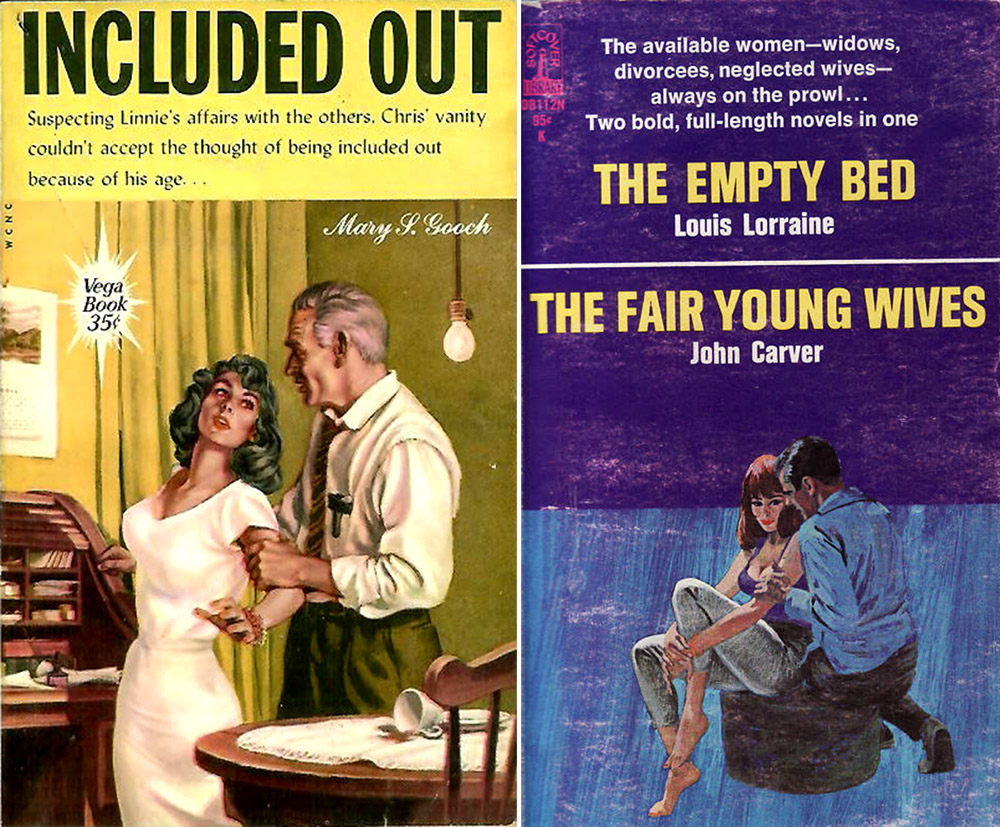 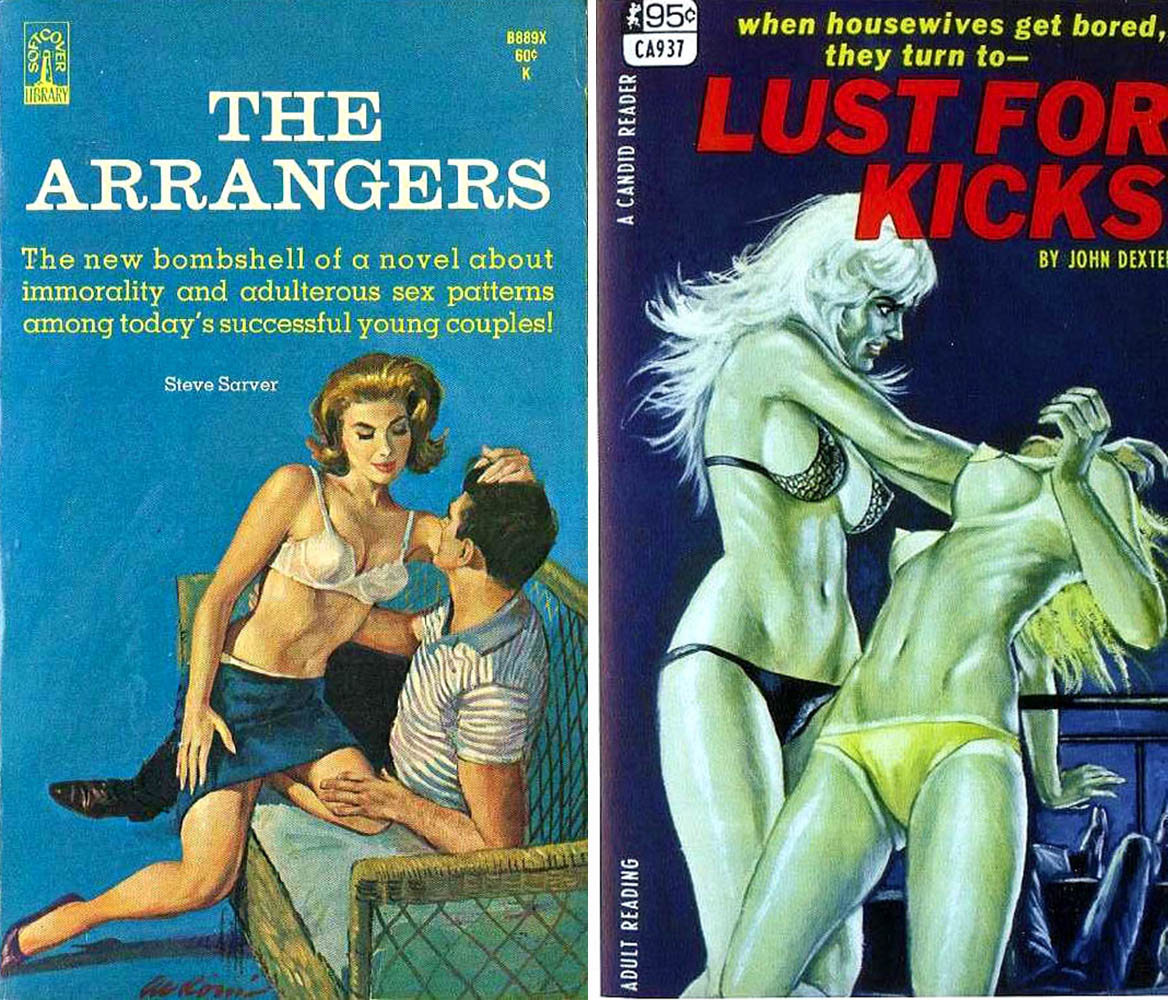 The Arrangers doesn’t outright proclaim the woman is the troublemaker; but I think the scene pretty clearly paints her as Eve and he, the helpless tempted Adam.

Also, today I learned, when housewives get bored – they turn to murderous lesbian sex. 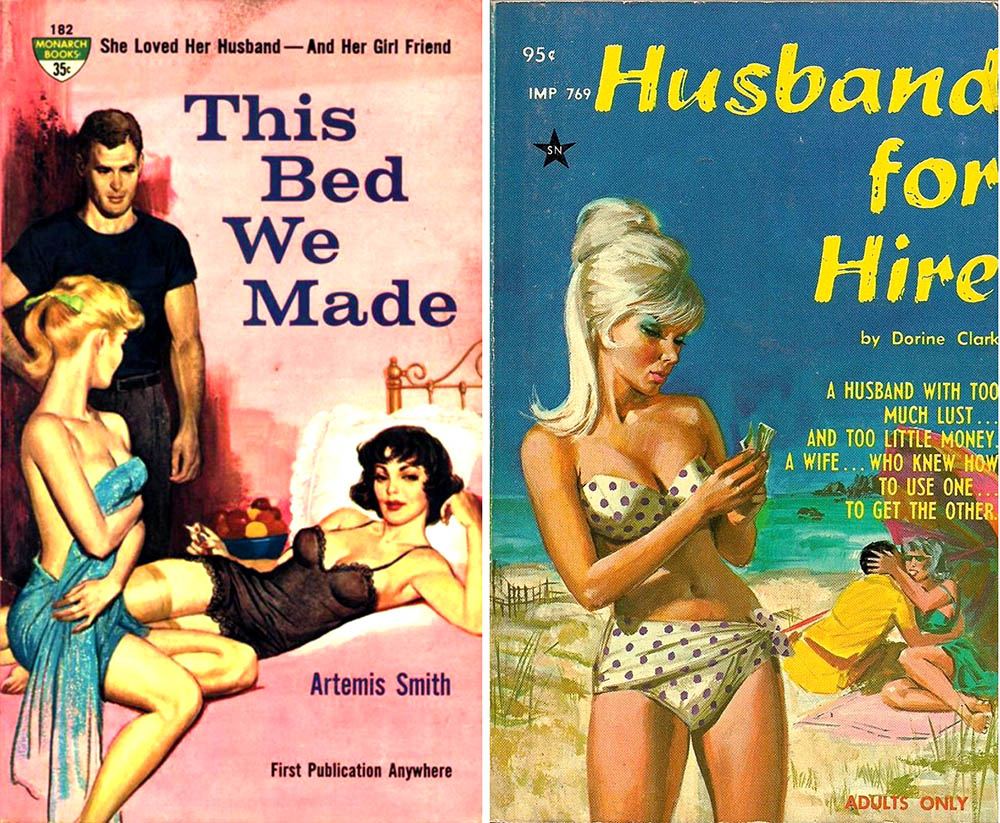