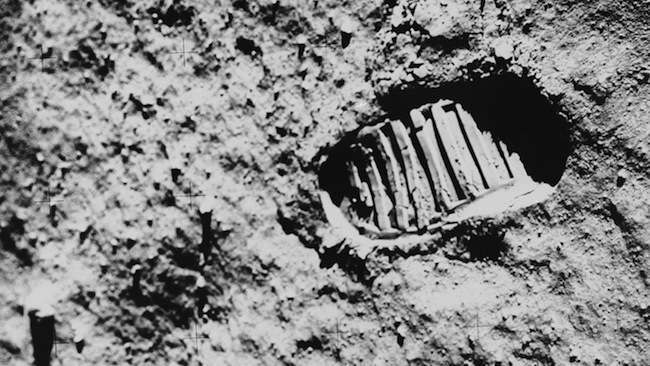 AS we in the know know, the 1969 moon landing never happened. But in case what never happened, never happend badly and the mission failed, speechwriter William Safire wrote to President Nixon’s Chief of Staff, H. R. Haldeman. He wanted to outline a plan should Neil Armstrong and Buzz Aldrin reach the moon’s surface but fail to return home. Buzz had a prayer. But the US needed a statement. 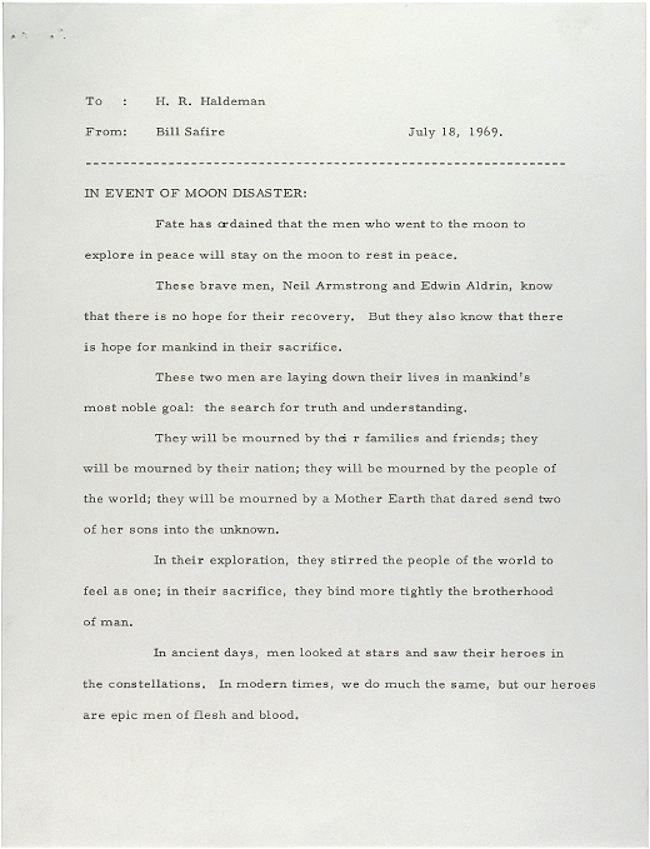 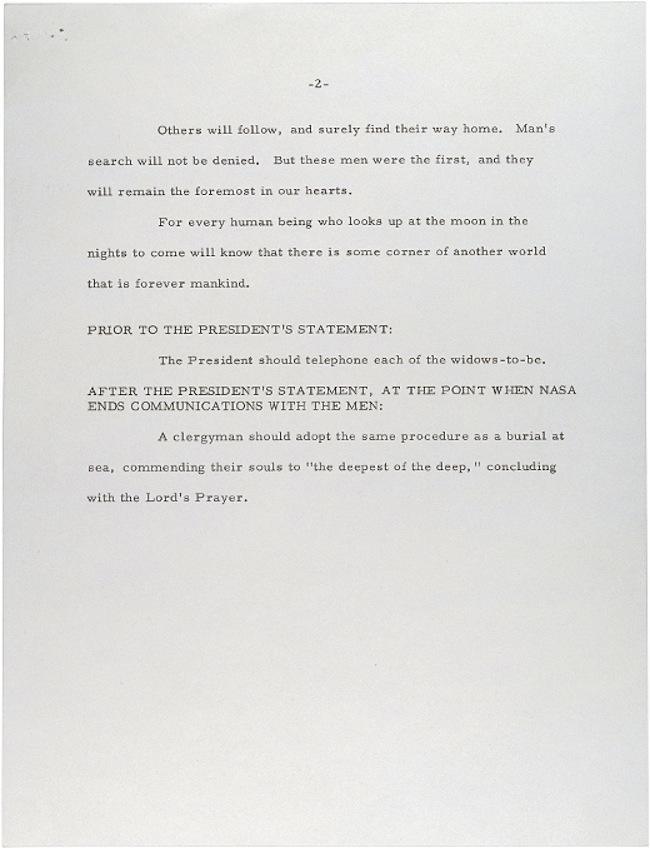 IN EVENT OF MOON DISASTER:

These two men are laying down their lives in mankind’s most noble goal: the search for truth and understanding.

In their exploration, they stirred the people of the world to feel as one; in their sacrifice, they bind more tightly the brotherhood of man.

In ancient days, men looked at the stars and saw their heroes in the constellations. In modern times, we do much the same, but our heroes are epic men of flesh and blood.

Others will follow, and surely find their way home. Man’s search will not be denied. But these men were the first, and they will remain the foremost in our hearts.

For every human being who looks up at the moon in the nights to come will know that there is some corner of another world that is forever mankind.

PRIOR TO THE PRESIDENT’S STATEMENT:

The President should telephone each of the widows-to-be.

AFTER THE PRESIDENT’S STATEMENT, AT THE POINT WHEN NASA ENDS COMMUNICATIONS WITH THE MEN:

A clergyman should adopt the same procedure as a burial at sea, commending their souls to “the deepest of the deep,” concluding with the Lord’s Prayer.

Photo: View of Astronaut footprint in lunar soil, Apollo II Astronauts Neil A. Armstrong. Michael Collins and Edwin E. Aldrin, Jr., were launched to the Moon by a Saturn V launch vehicle 9:32 a.m. EDT on July 16, 1969 in Houston, Texas from Complex 39A Caps Kennedy. Fla. Armstrong and Aldrin landed on the Moon on July 20, 1969 and, after take off from the Moon on July 21, joined Collins in the Command Module circling the moon. The astronauts splashed down in the Pacific Ocean and recovery was made by the U.S. S. Hernet at 12:50 p.m. EDT on July 24, 1969.