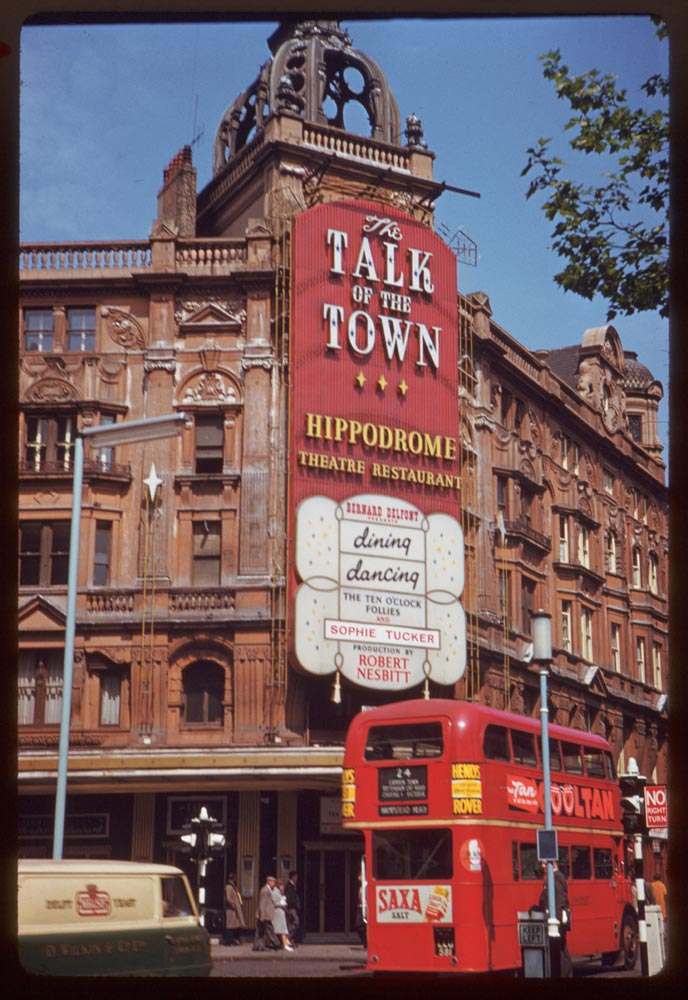 The Talk of the Town nightclub in 1961. Charles Cushman Collection: Indiana University Archives

In 1958 Bernard Delfont and his partner Charles Forte ripped out the interior of the London Hippodrome theatre next to Leicester Square on the Charing Cross Road. Originally built in 1900 and designed by Frank Matcham, they converted the theatre into a large restaurant/nightclub they called “The Talk of the Town”. The theatre producer and director Robert Nesbitt and the architect George Pine hoped to create a sort of restaurant intimacy combined with a theatre experience and the gallery was closed off with a false ceiling and the dress circle became a dining area with two staircases leading down to a dance floor and the main part of the restaurant. There were 800 covers and the price in 1958 for a three course dinner and two shows was just two guineas. 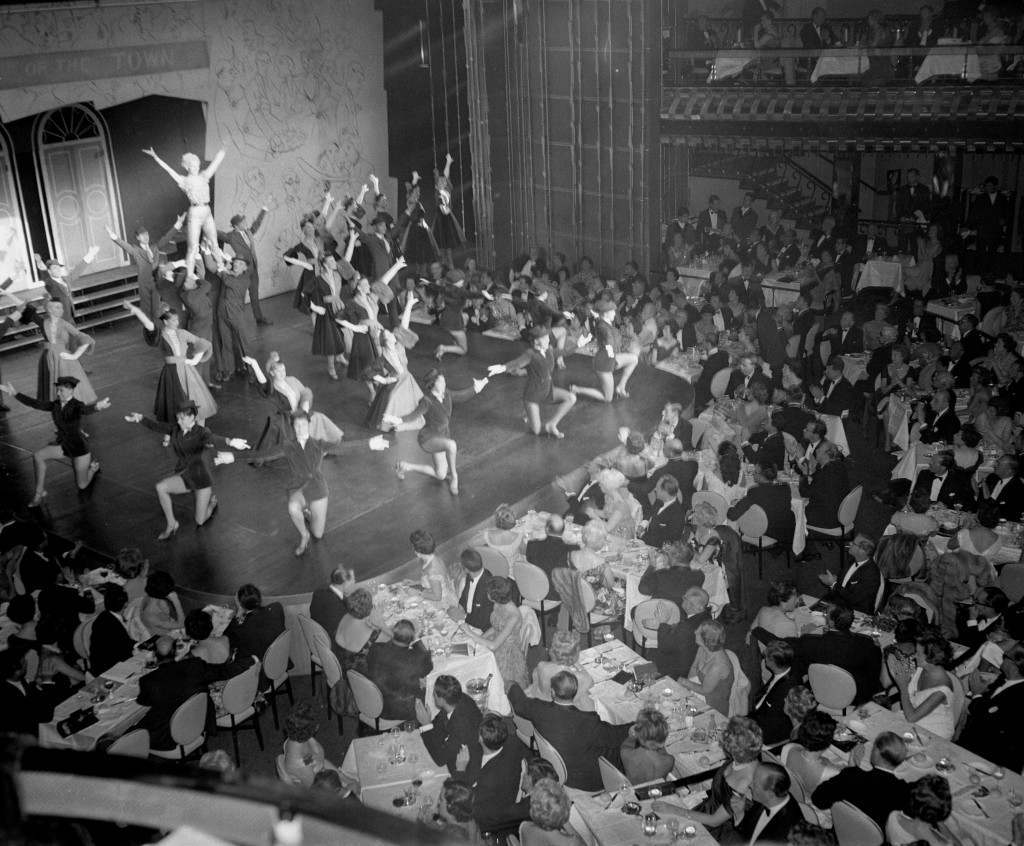 Diners watch the floor show from their tables at the Talk Of The Town, the new theatre-restaurant which opened in what was formerly the London Hippodrome. The new addition to London’s nightlife aims to provide family ‘evenings out’ with dining, dancing and floor shows. AP Photo

The first show at the Talk of the Town began at 9.00pm and was a dance spectacular in the style of the Folies Bergère and then at 11.00pm came the star of the show. On the opening night Eartha Kitt opened the nightspot appearing to the audience by rising up from beneath the stage in a vintage Rolls Royce. 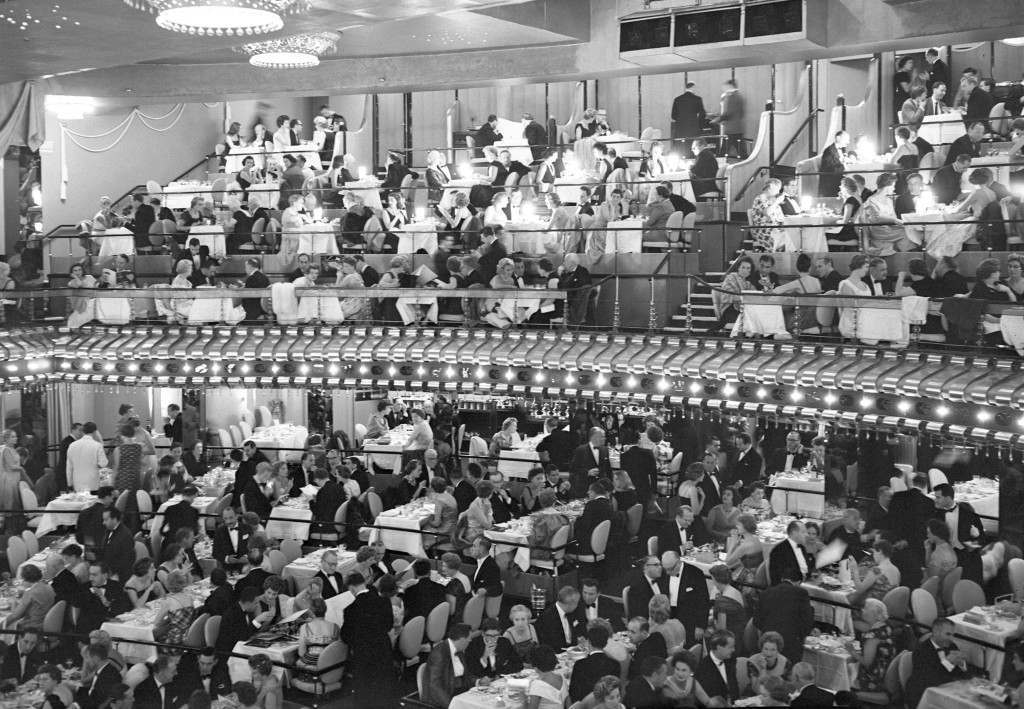 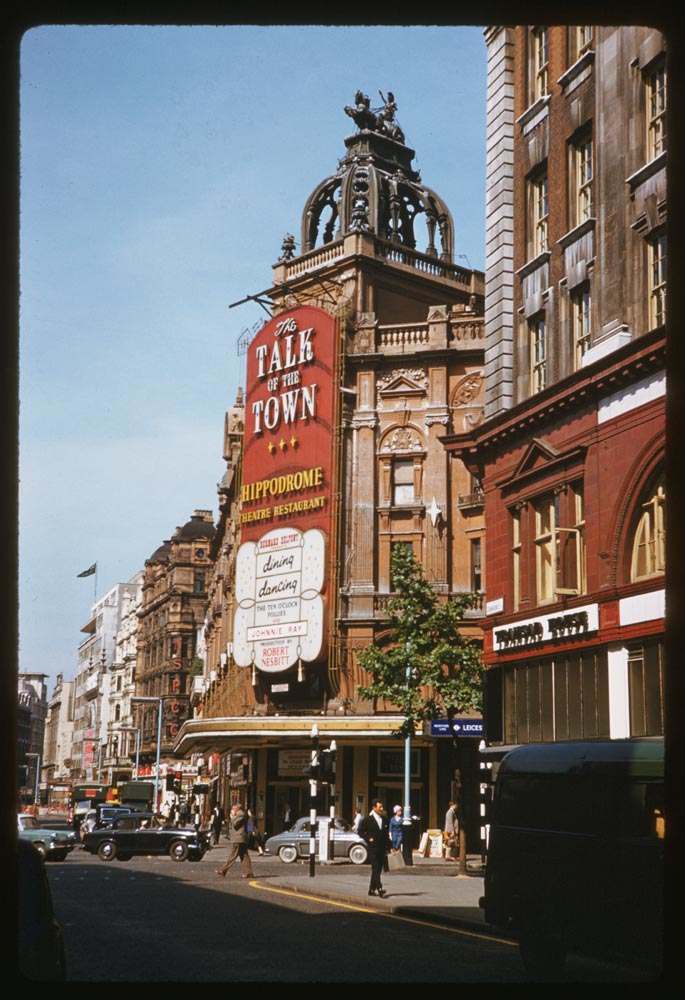 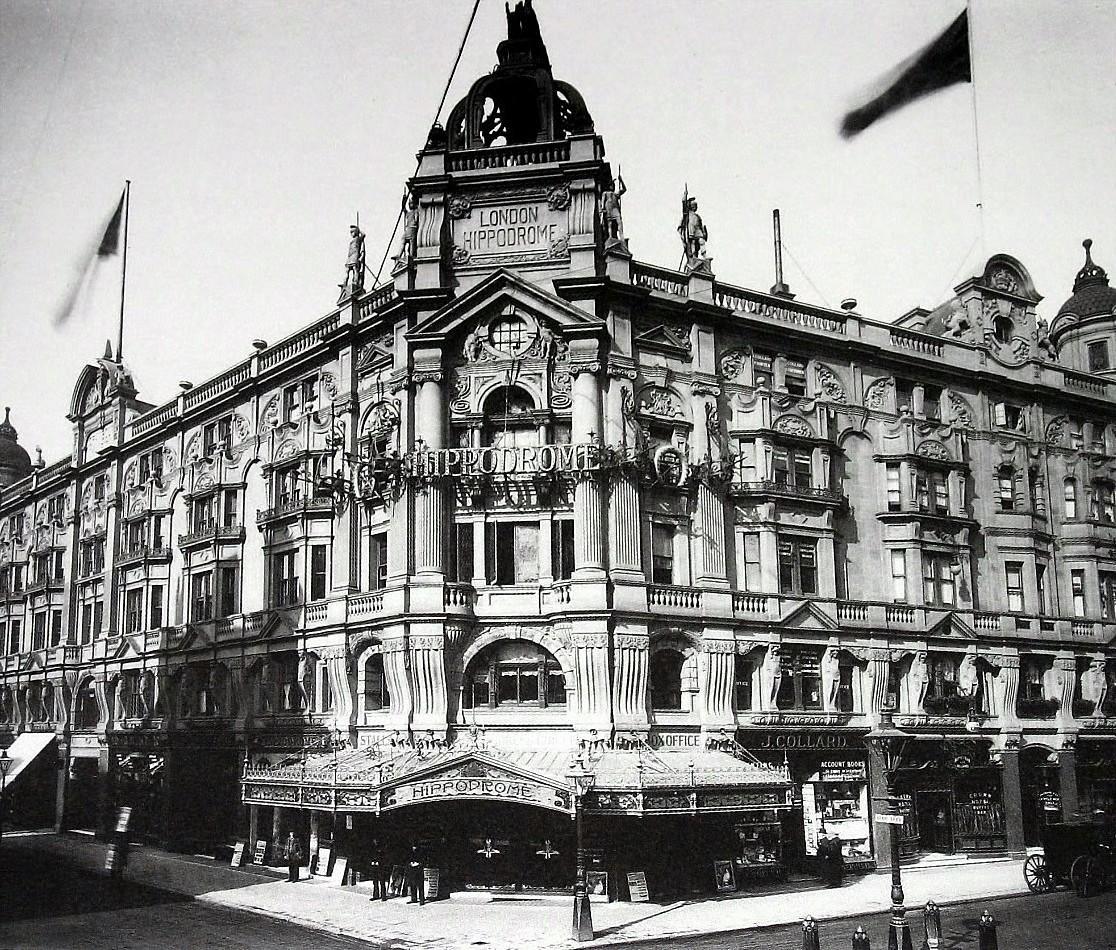 The Hippodrome on Charing Cross Road in 1911. 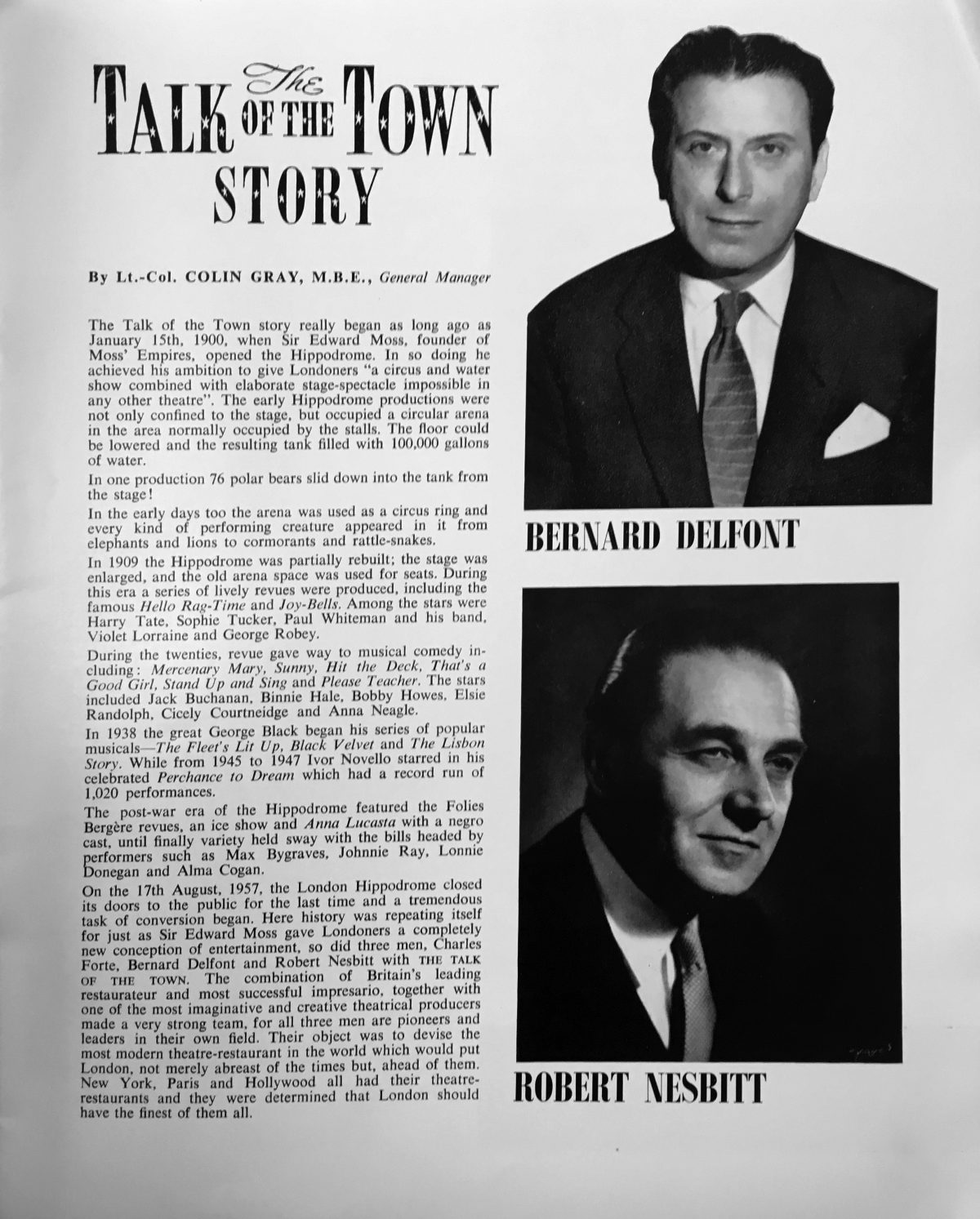 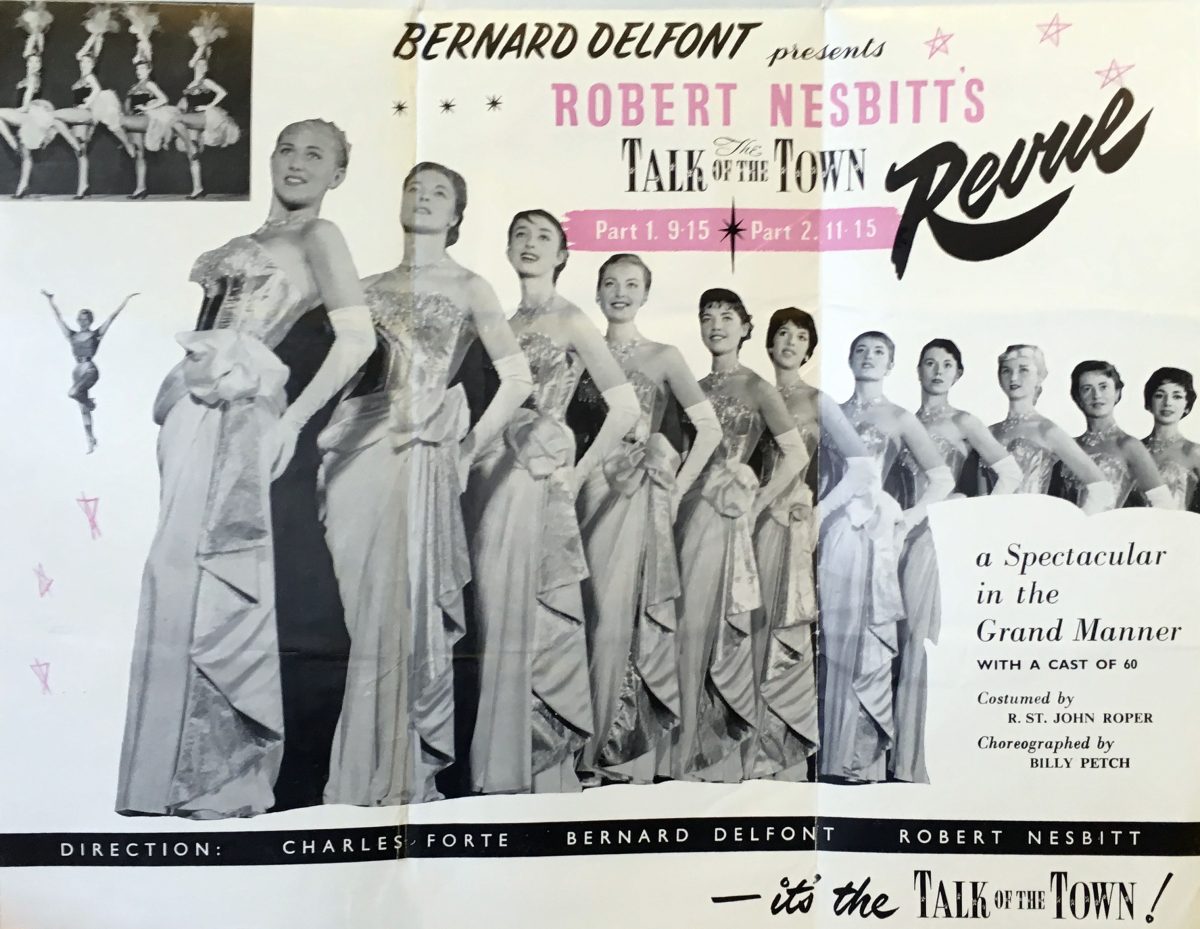 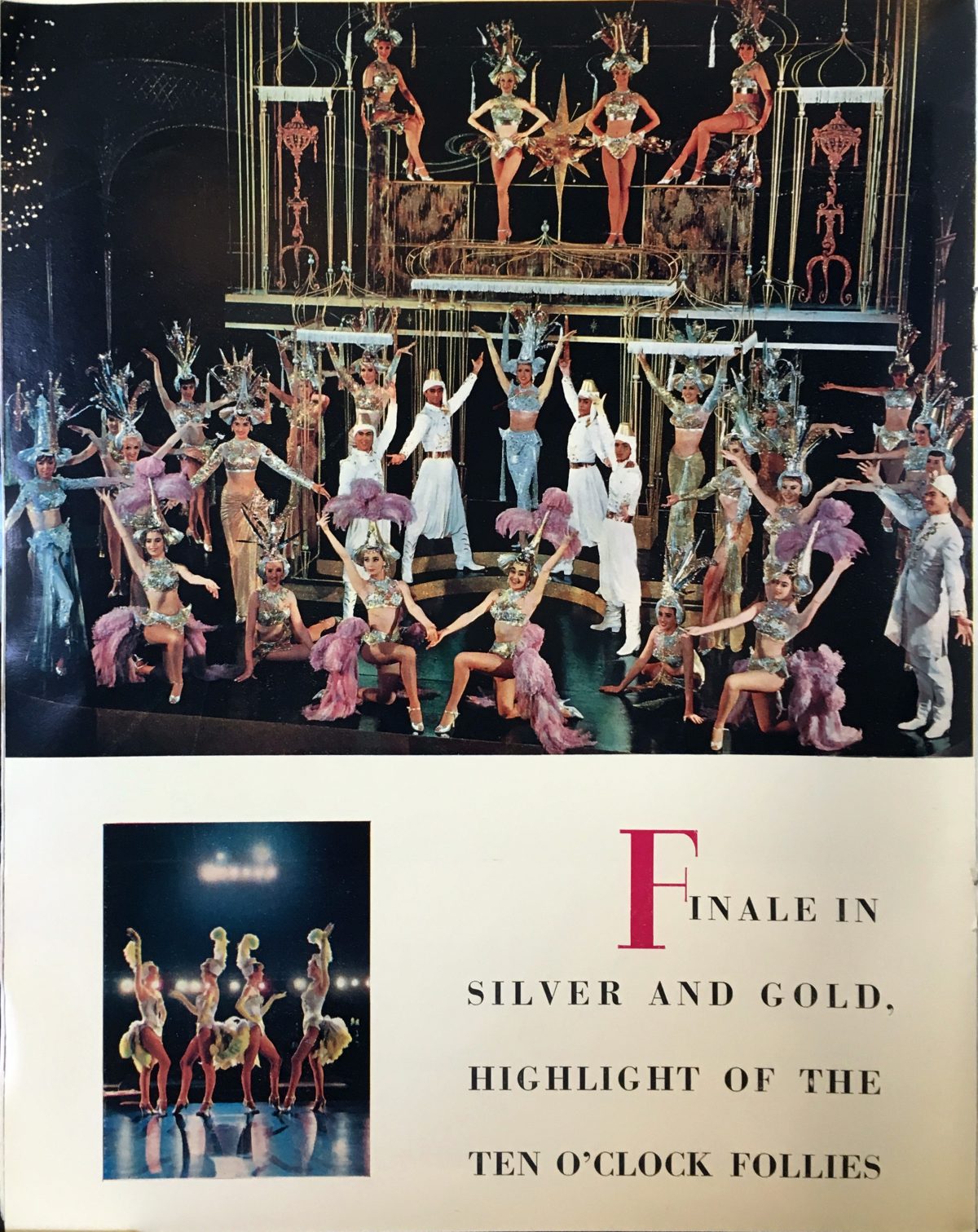 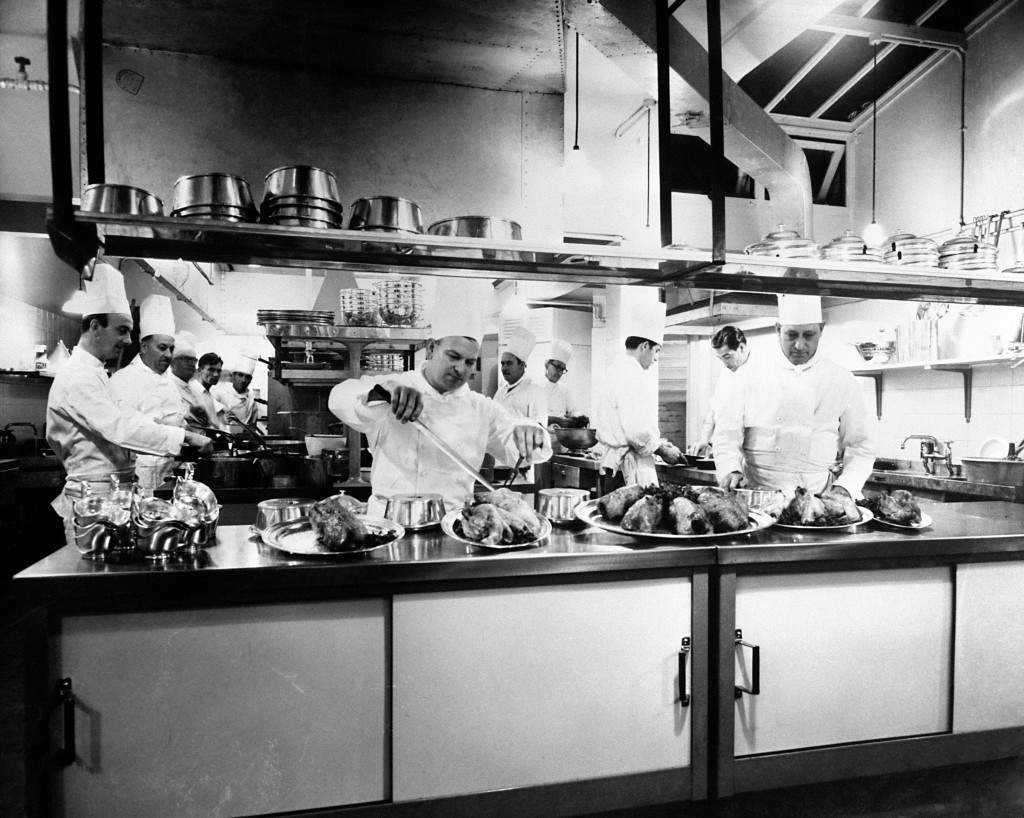 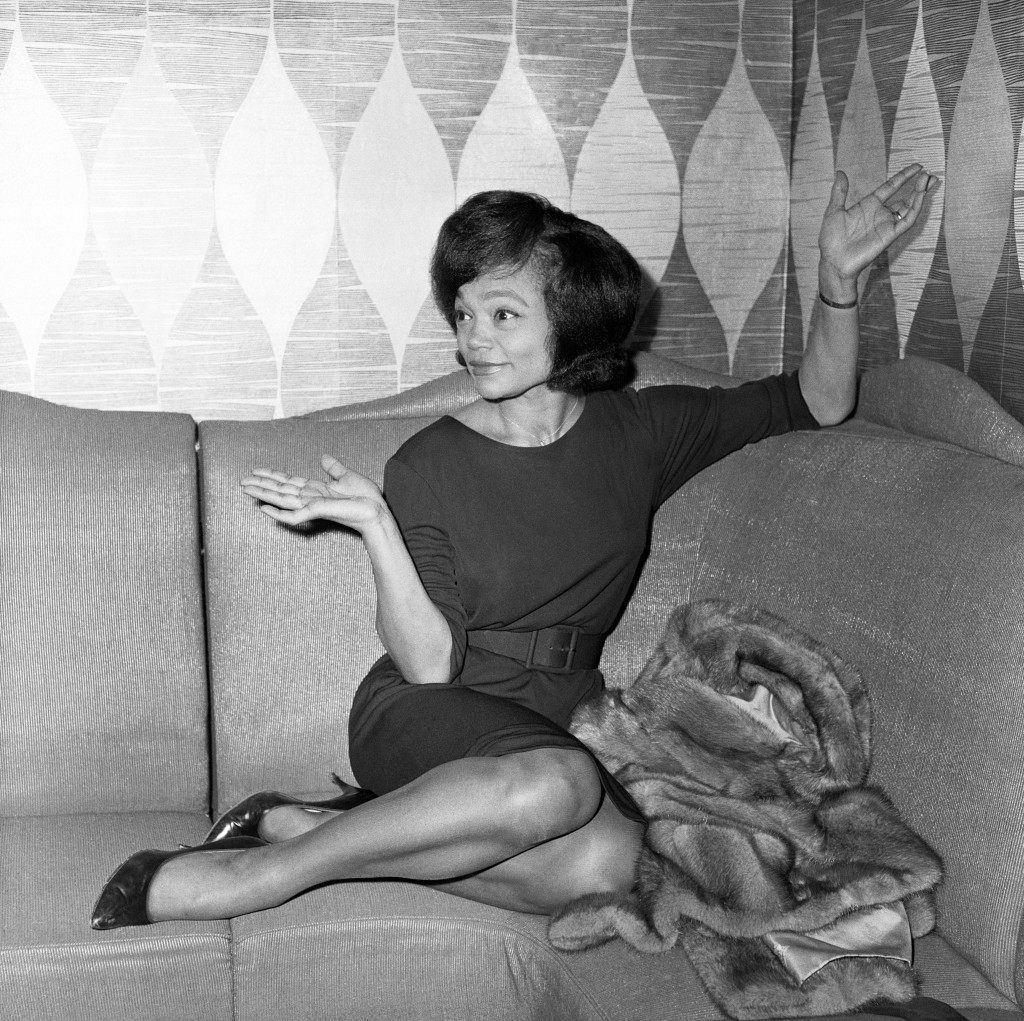 Eartha Kitt at a photo promotional shoot at the Talk of the Town in 1962, four years after opening the nightclub in 1958. 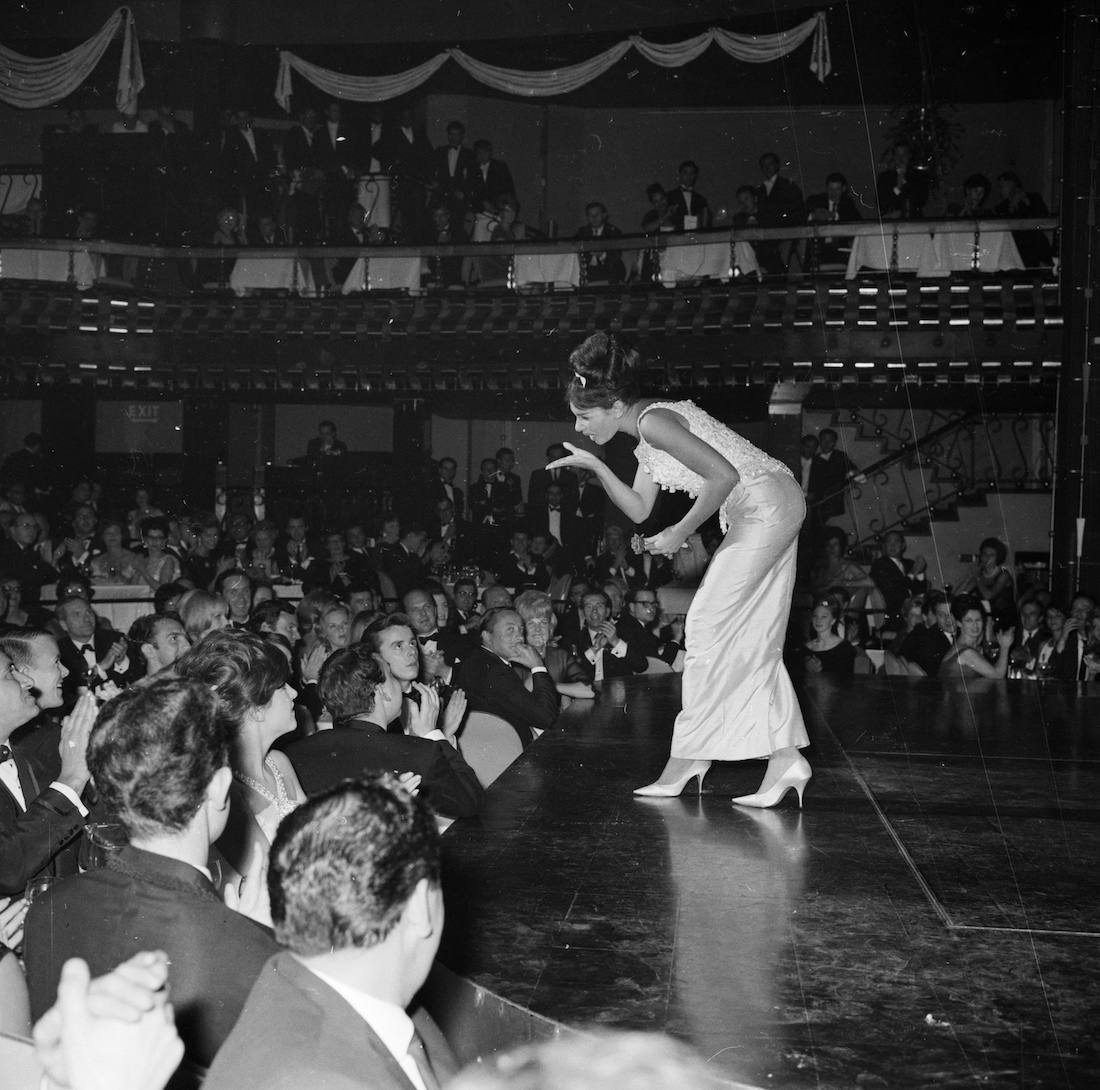 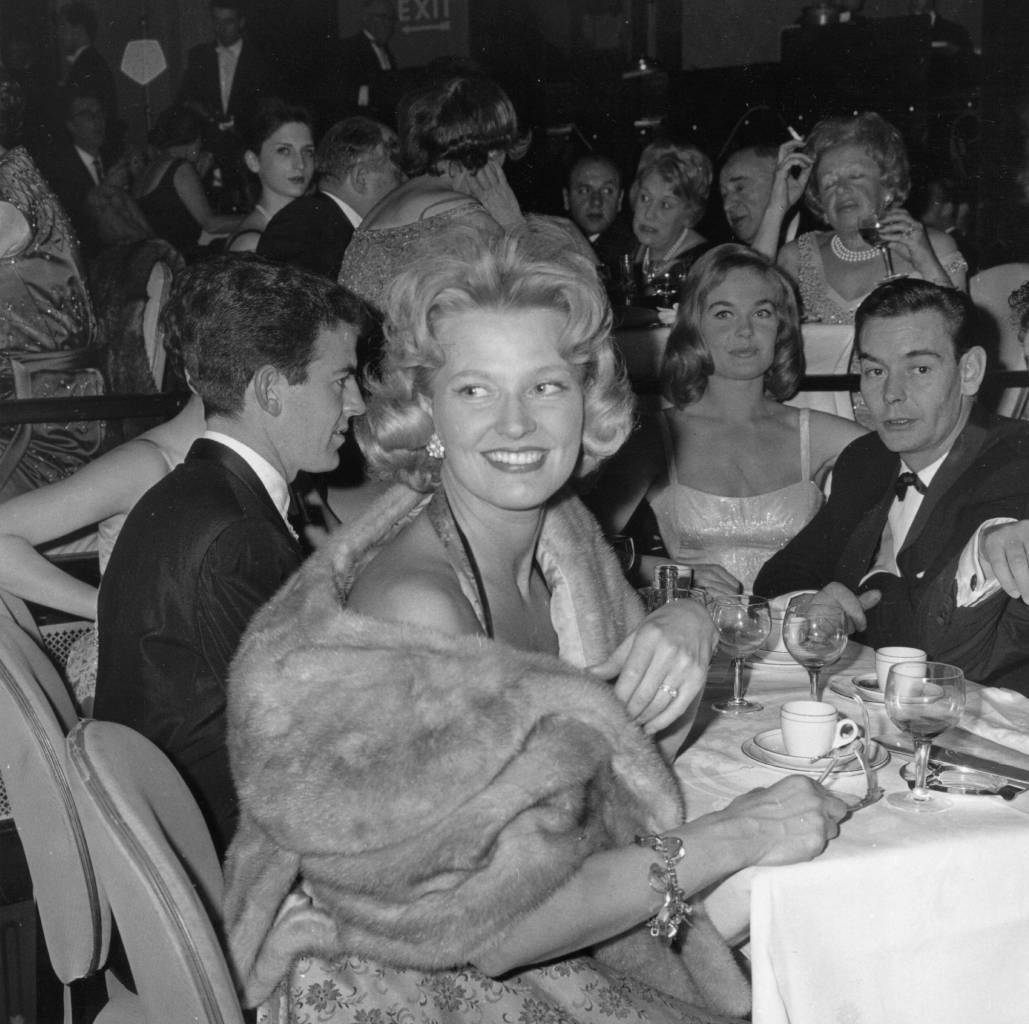 29th March 1961: All eyes are on singer Joan Regan as she dines out at the ‘Talk of the Town’ restaurant in London. (Photo by Evening Standard/Getty Images) 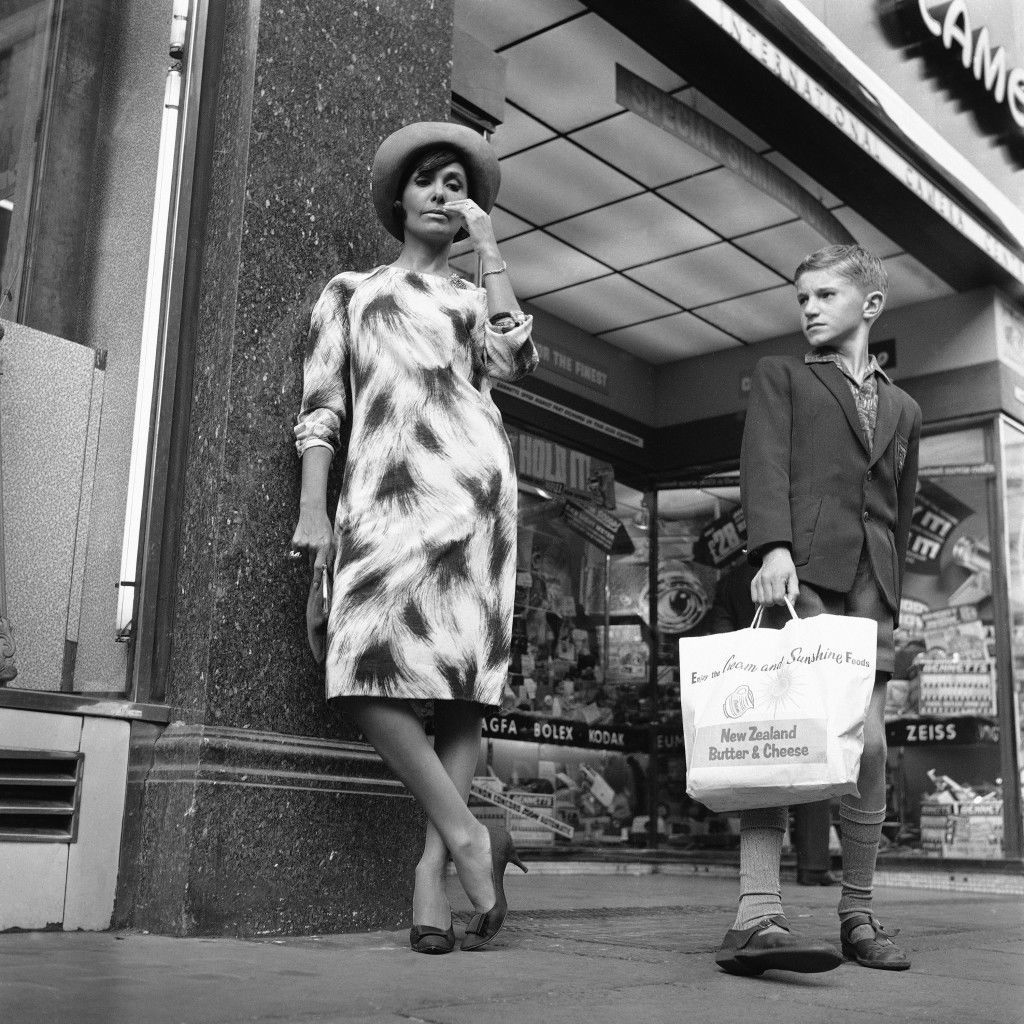 Lena Horne in Leicester Square while appearing at the Talk of the Town in 1964. 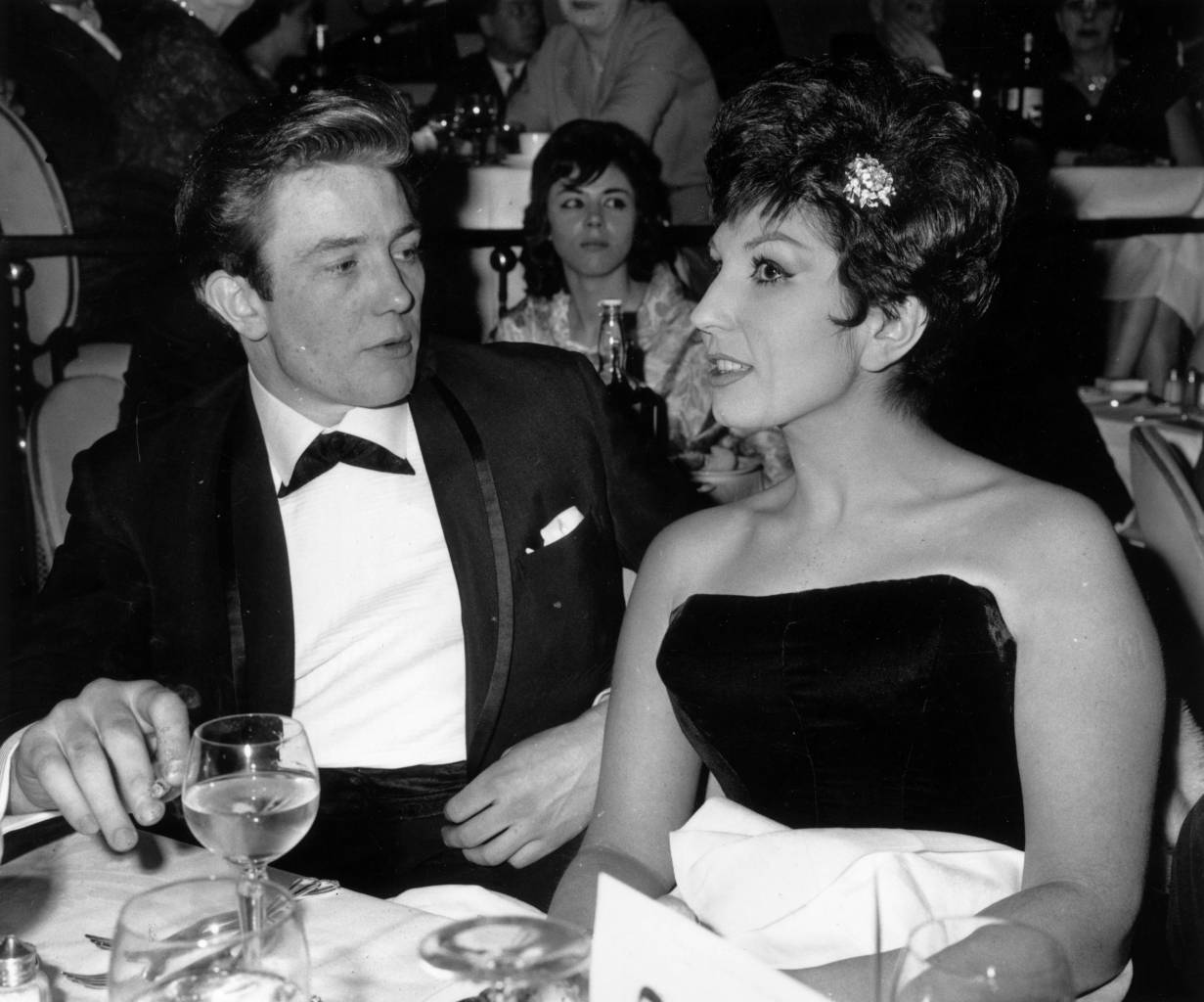 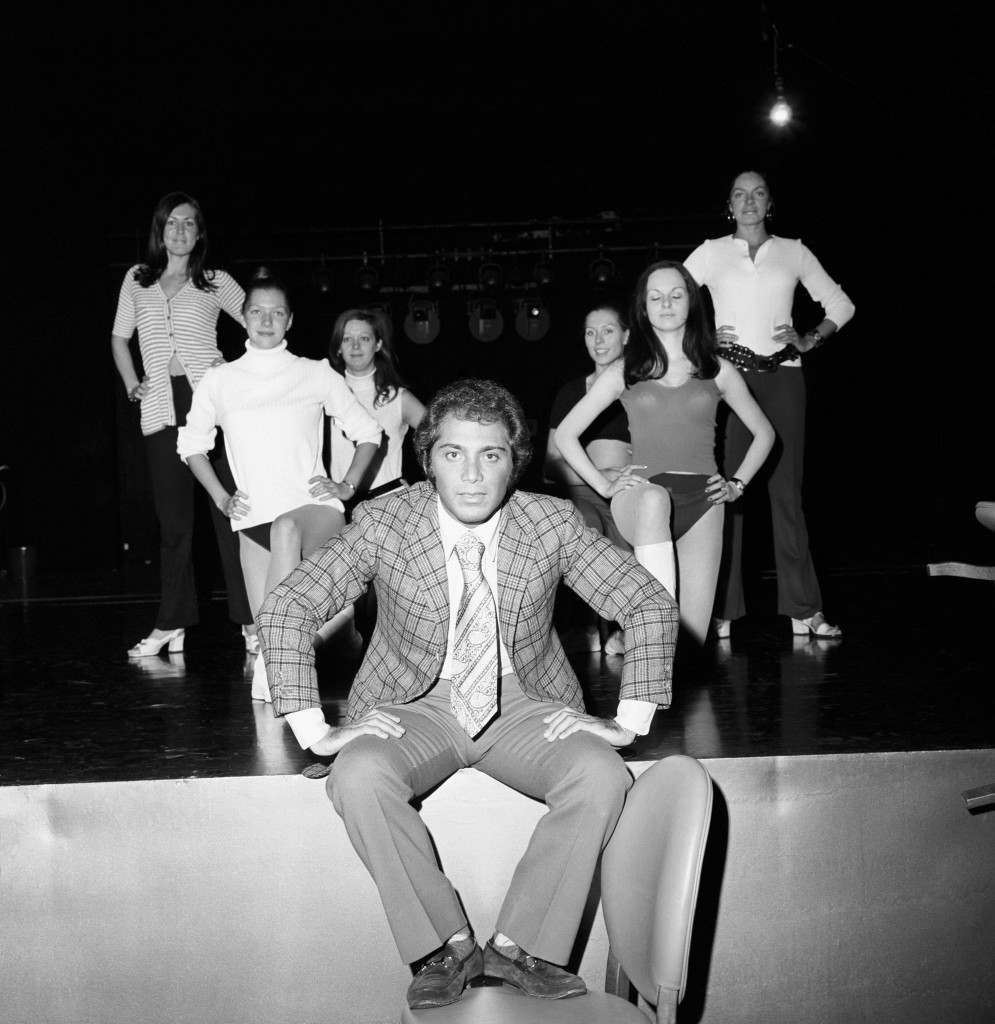 Paul Anka during rehearsals at the Talk of the Town in 1970. 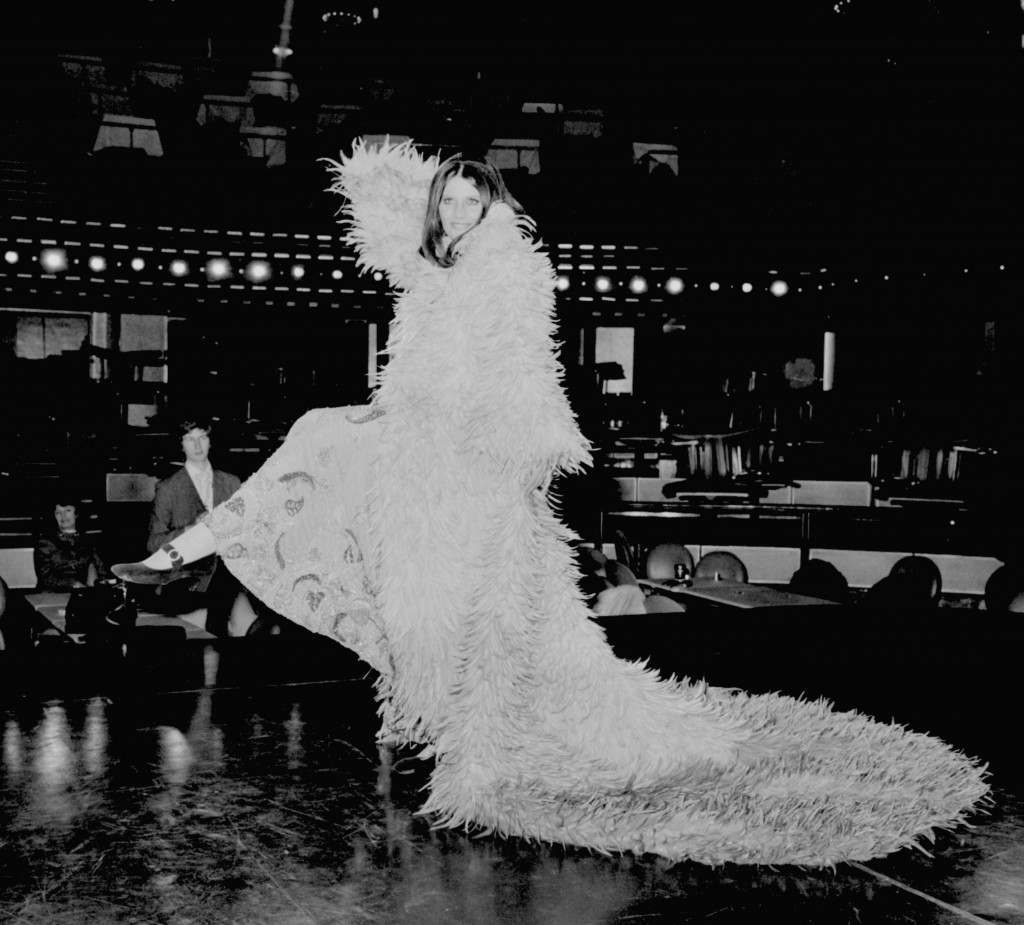 Sandie Shaw at the Hippodrome’s Talk of the Town in 1969. 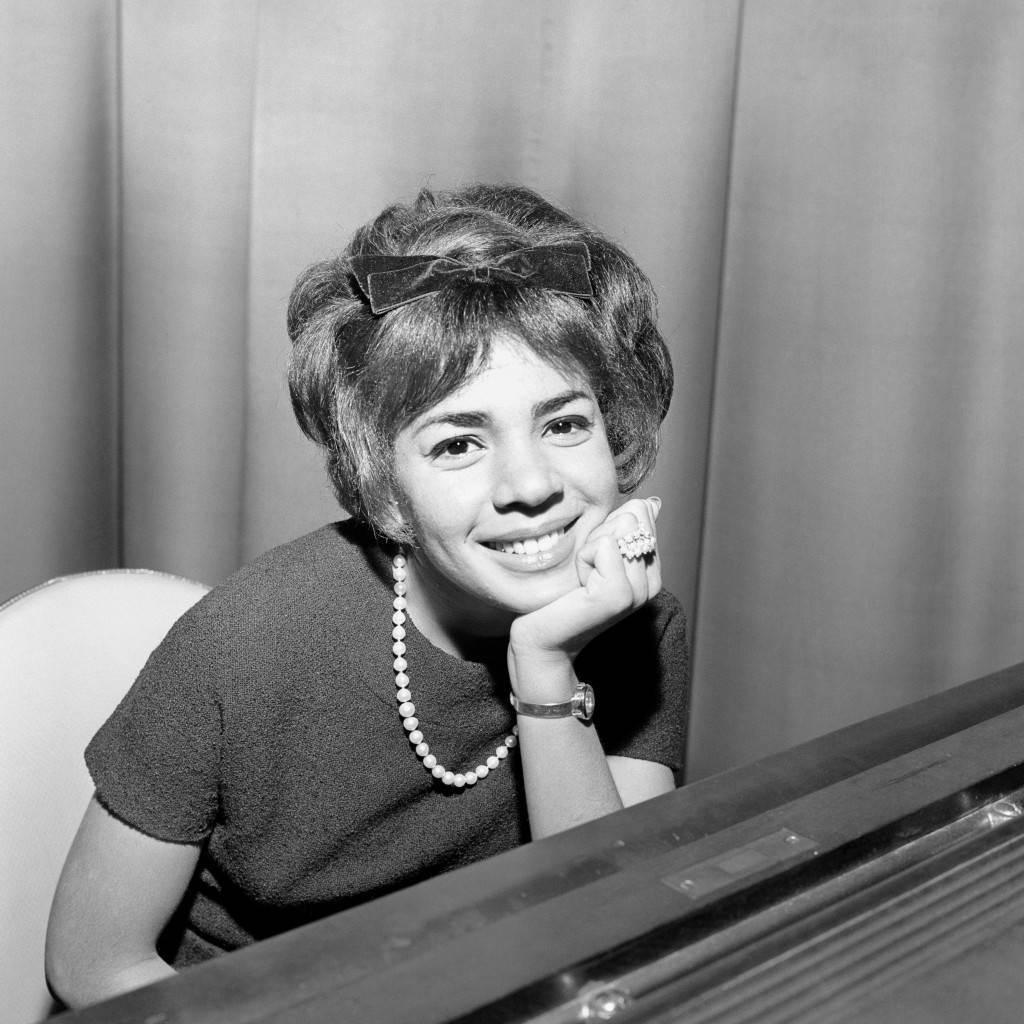 Shirley Bassey during rehearsals at the Talk of the Town in 1962. 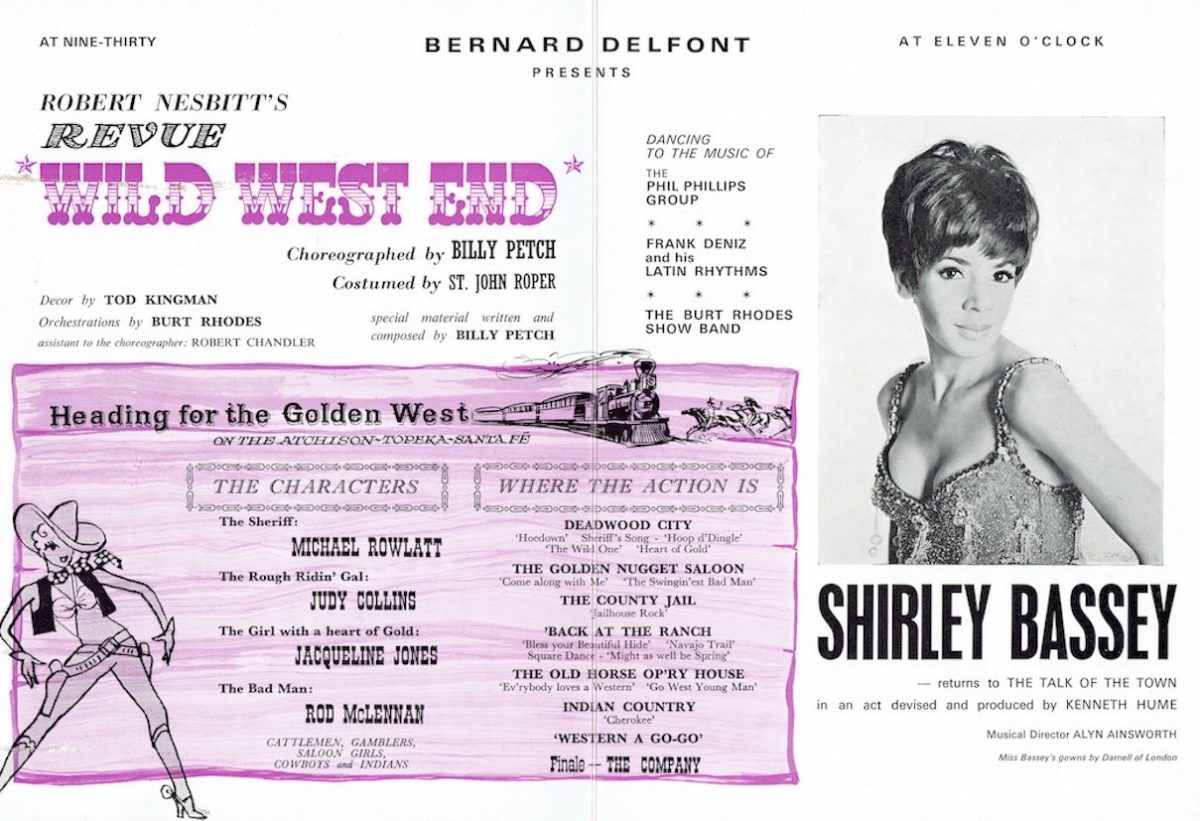 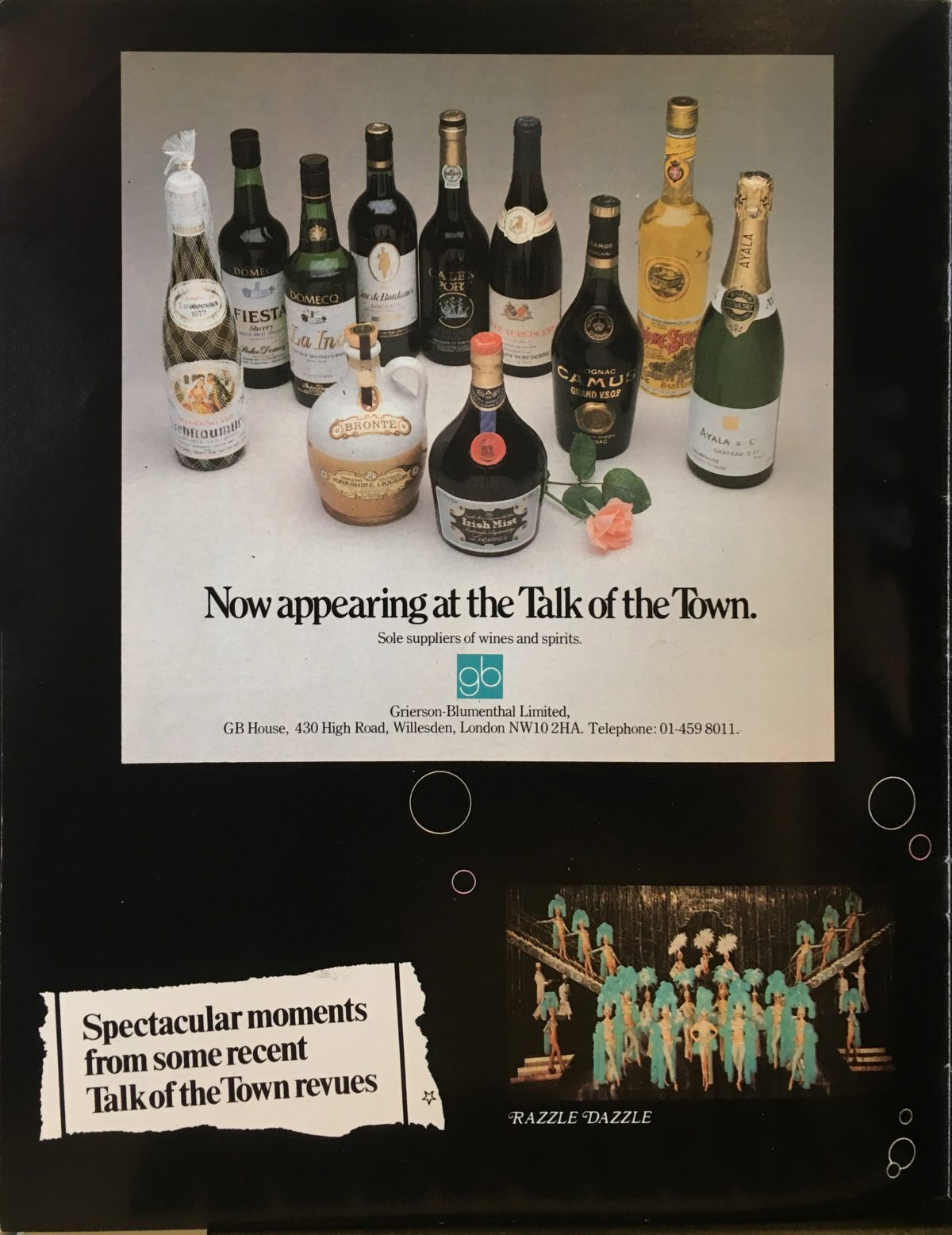 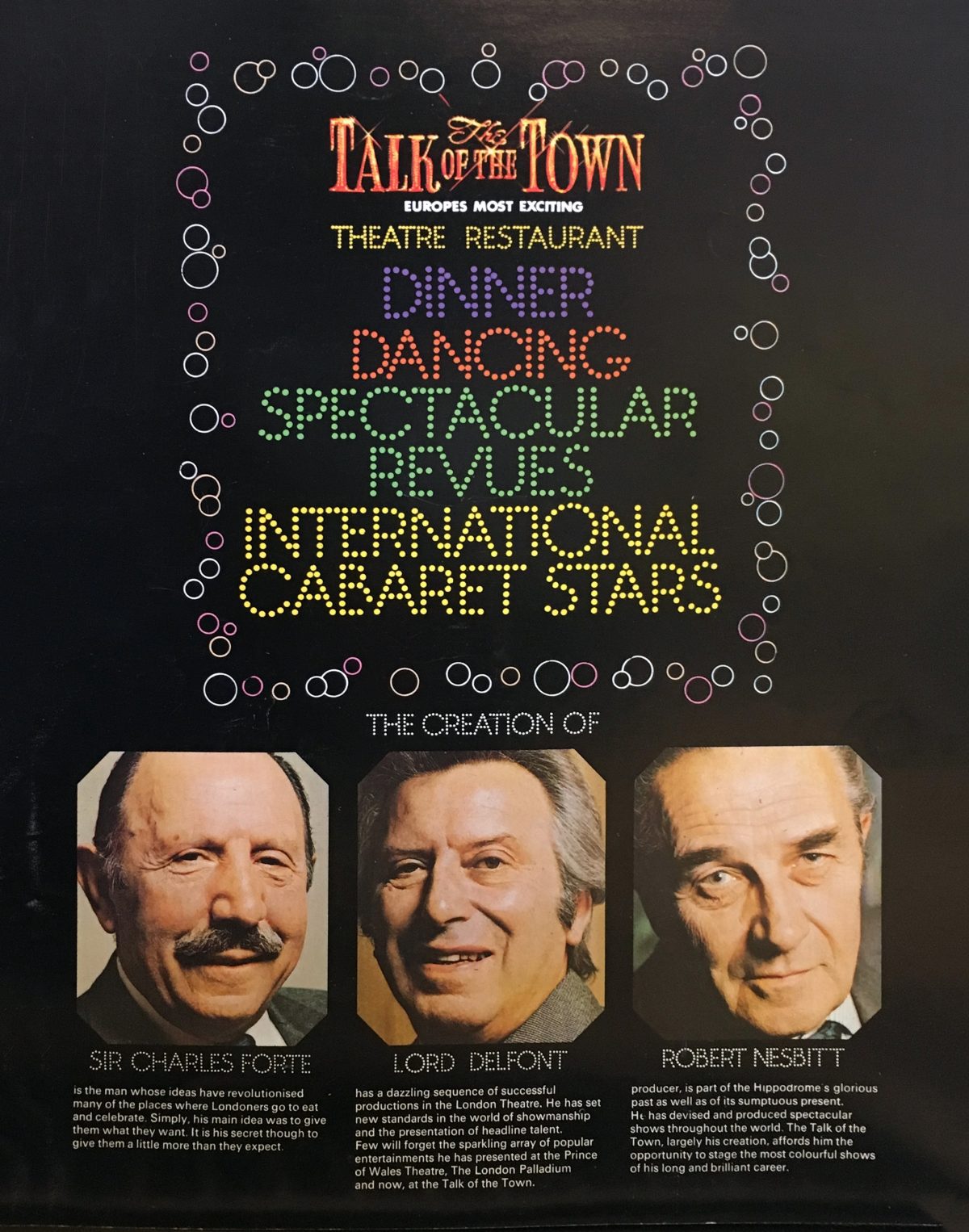 The Talk of the Town closed in 1982 because, according to Bernard Delfont, the lease was up for renewal and the Cranbourn Estate wanted to increase the rent from £15,000 a year to around £200,000. What was once a two guinea ticket in 1958 had now become £24 for just one show. The rent increases would mean they’d have to charge £50 for tickets which at the time was prohibitive. The Talk of the Town, after twenty-four years, was forced to close. 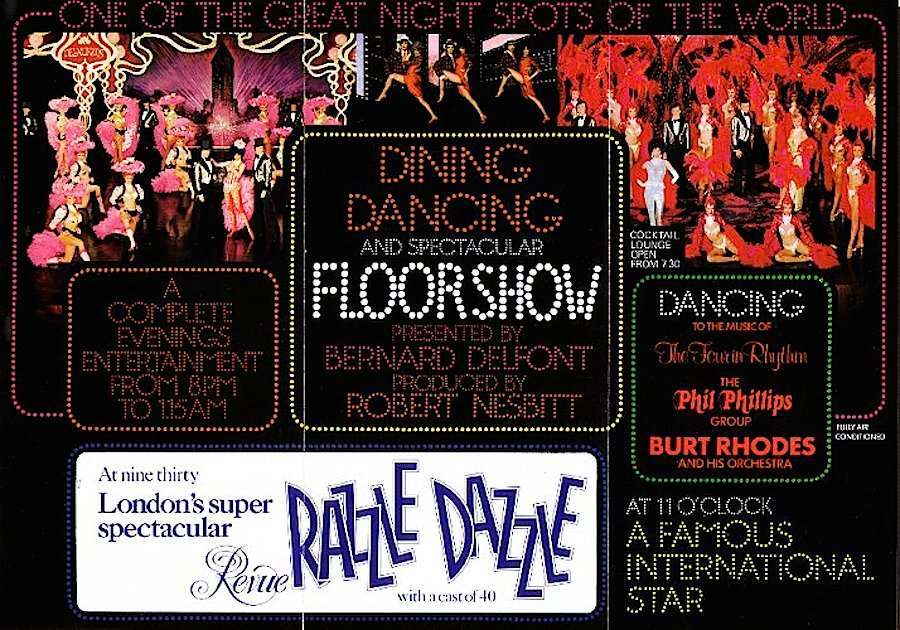 Talk of the Town programme from the mid-seventies.