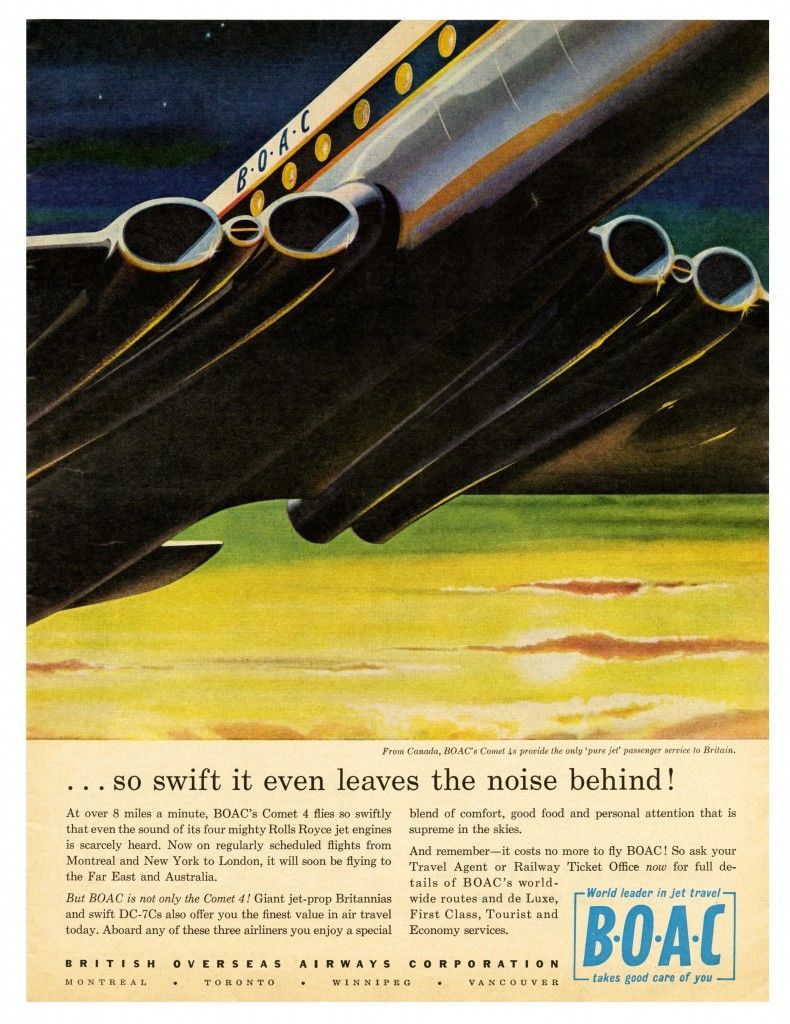 The British Overseas Airway Corporation or BOAC, as it was normally known, was a British state-owned airline created in 1940 with the merger of Imperial Airways and British Airways Limited. The two companies had been operating together from the start of the war after being moved to Bristol Airport from the London area. This company lasted until 1974 when they merged with British European Airways (BEA) to create the state-owned British Airways which still exists today albeit now as a private company.

In May 1952 BOAC became the first airline in the world to fly passenger jets with the de Havilland Comet which initially flew via Nairobi to Johannesburg and via the Far East to Tokyo.

Just two years after its maiden commercial flight all the Comet 1 aircraft were grounded in 1954 after four unexplained crashes – the last two BOAC aircraft at altitude. 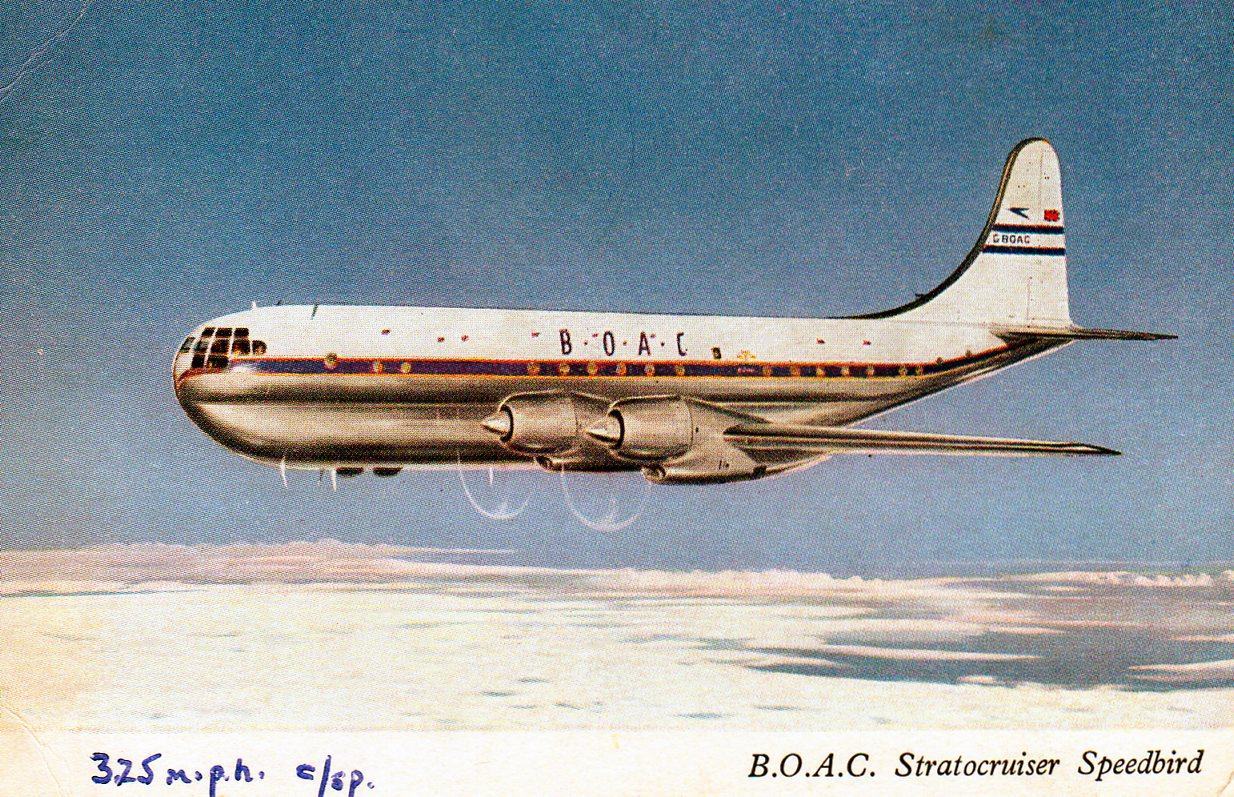 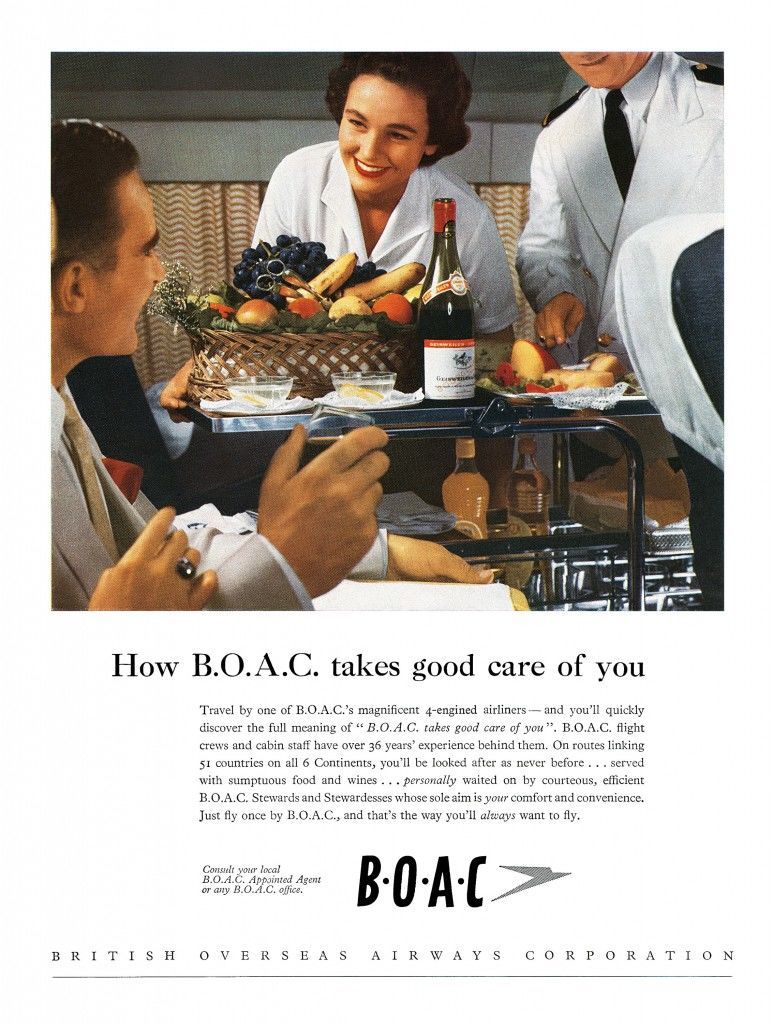 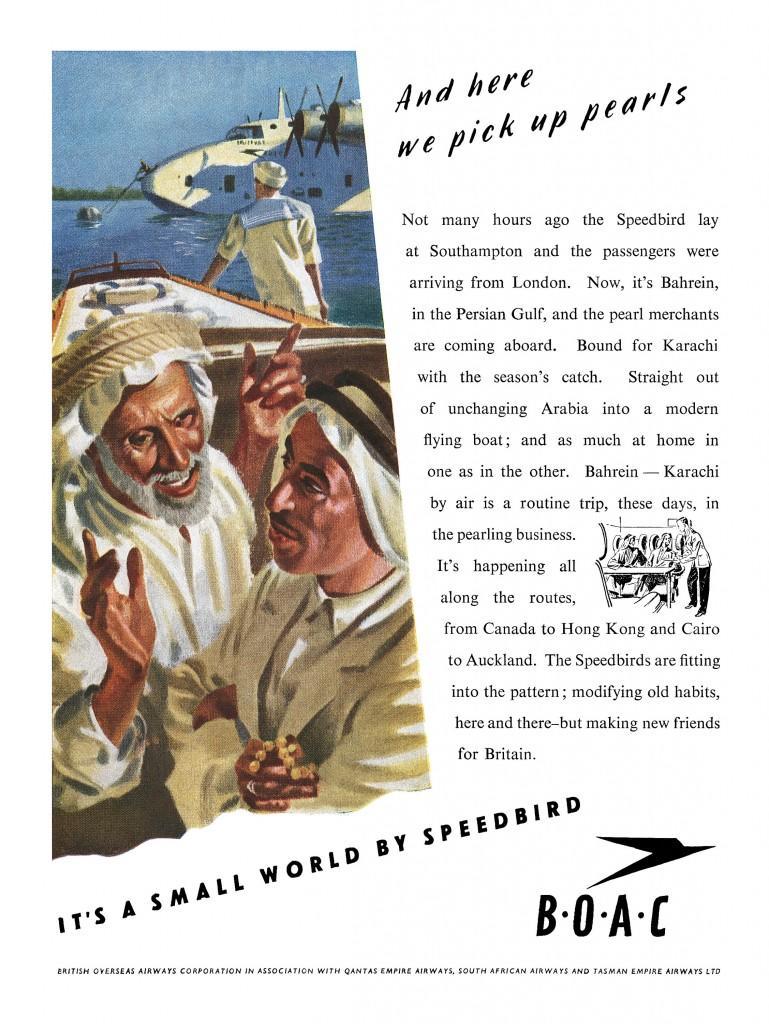 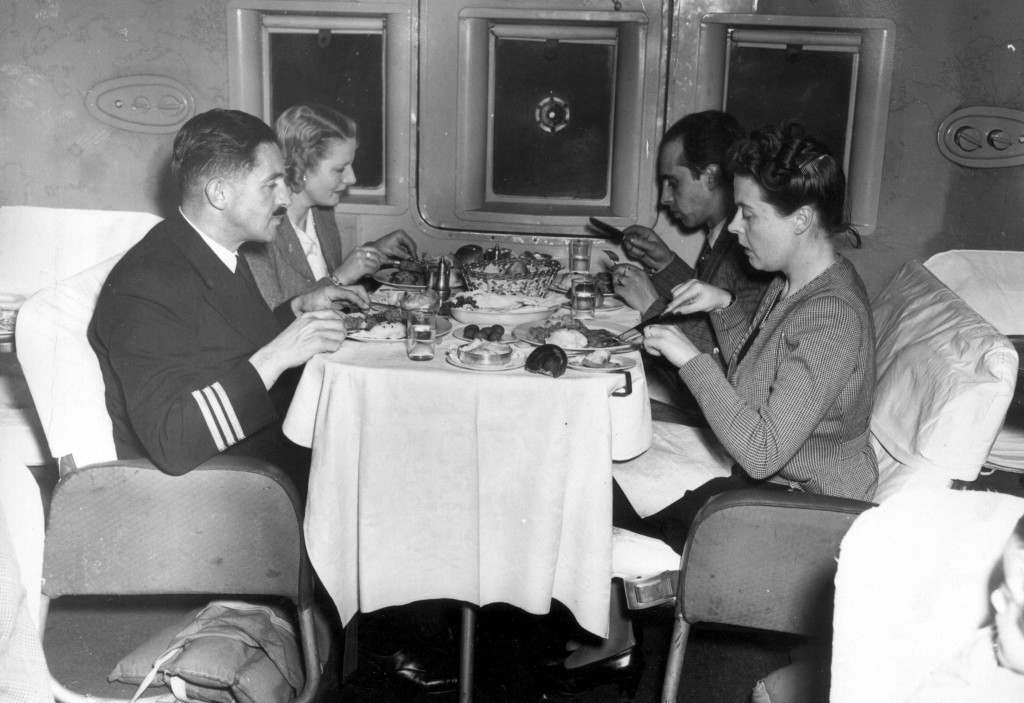 Original caption from 1946: Passengers on long-distance Empire flights will soon be enjoying four course meals, served 10 000 feet above the Mediterranean or Persian Gulf. In a specially equipped London kitchen, BOAC’s experts are completing experiments with novel “deep freezing” methods. They are aiming at perfection in pre-cooking, packaging and freezing at exceptionally low temperatures, BOAC will establish a chain of depots where air meals will be prepared and terminals in the Dominions will be equipped for catering on return journeys. Picture shows a captain of a flying-boat dining with passengers when nearing Lisbon, en route to America. They are enjoying a three couse hot dinner cooked and frozen some days before it was put in a special heater and served piping hot. 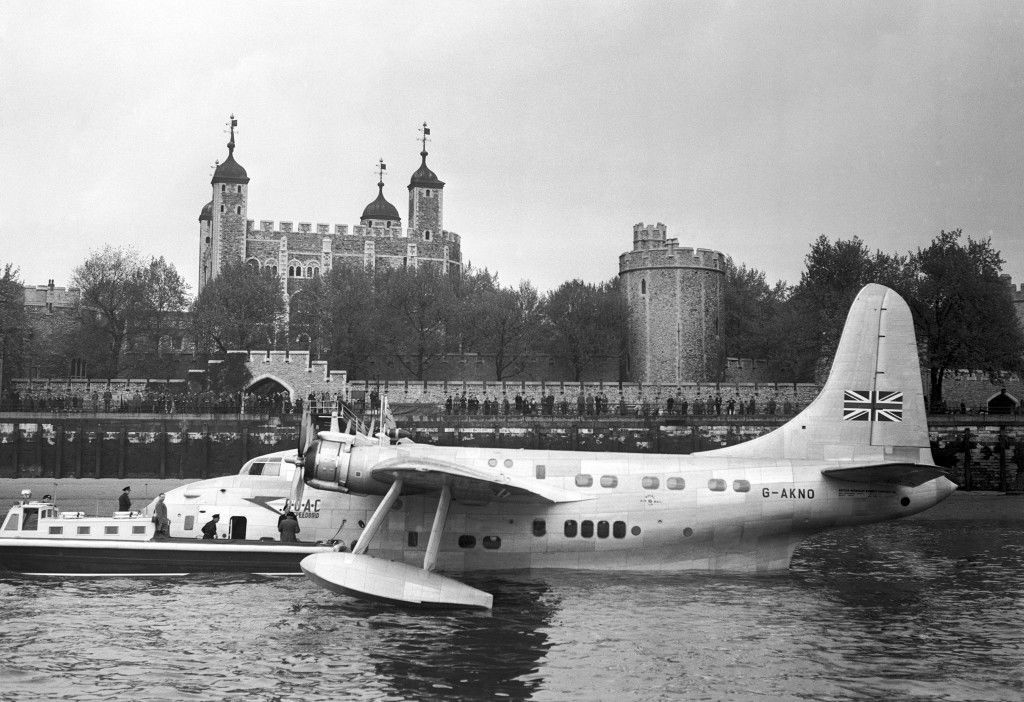 A BOAC Short Solent flying boat moored off the Tower of London in 1949. 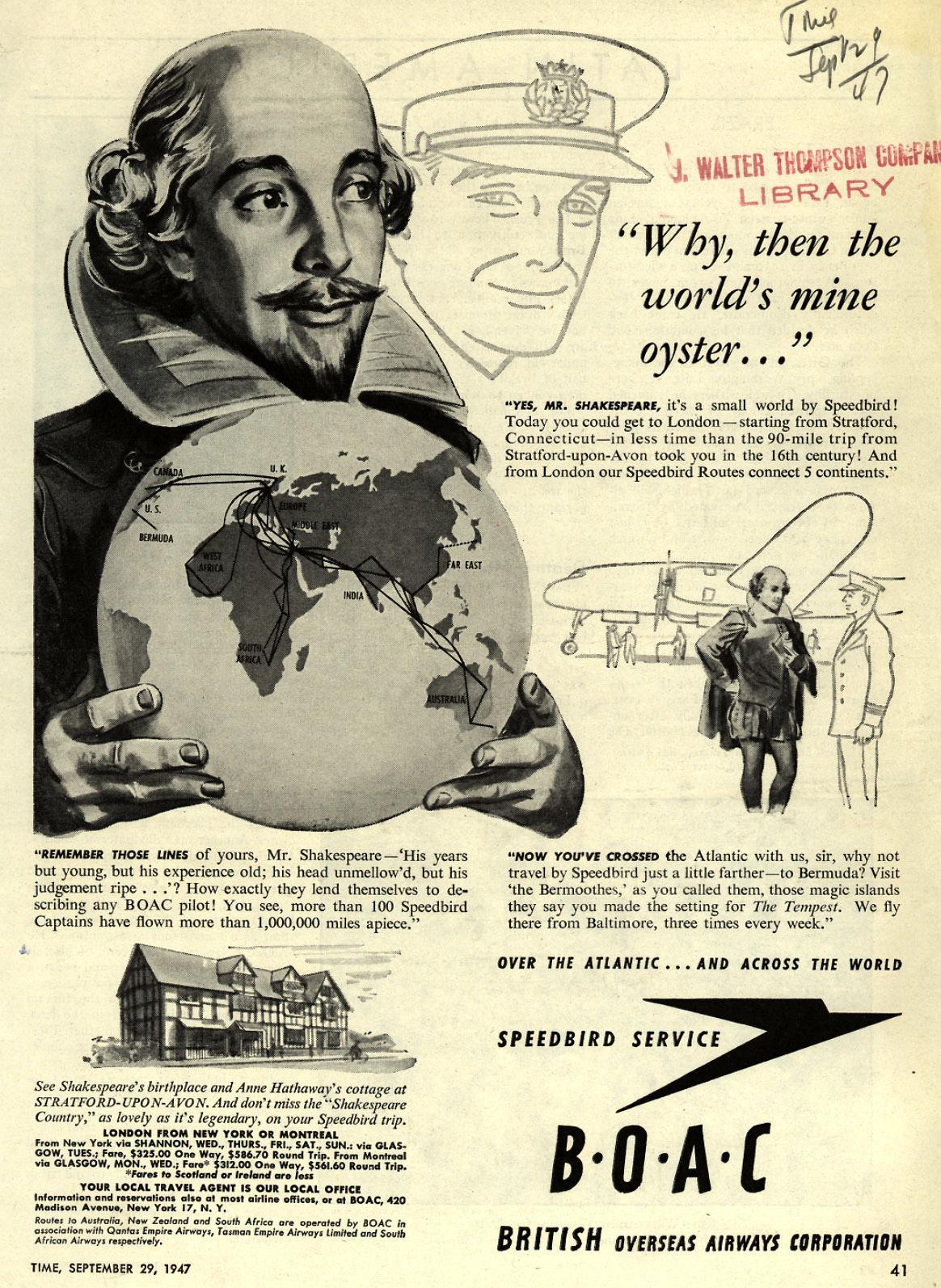 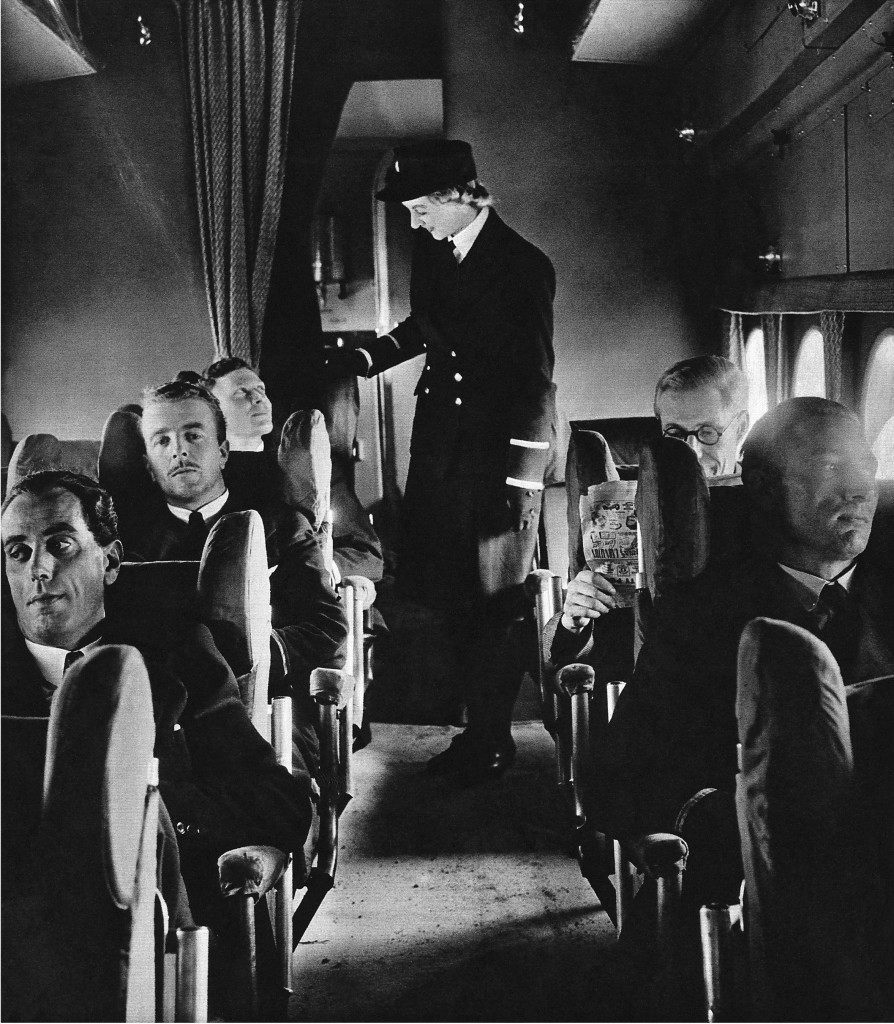 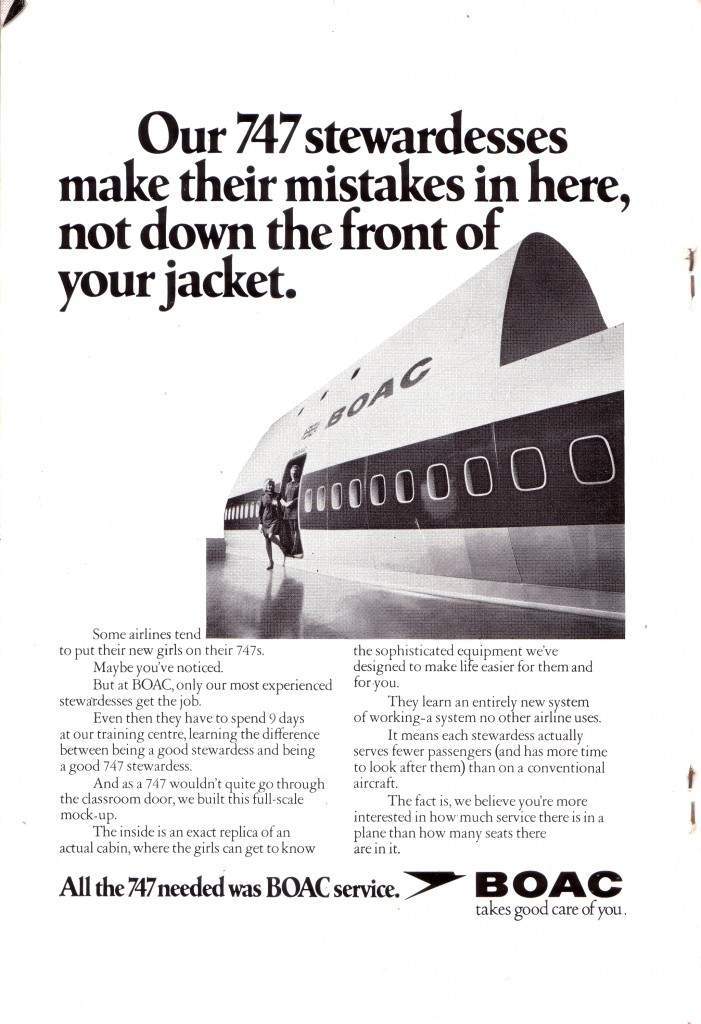 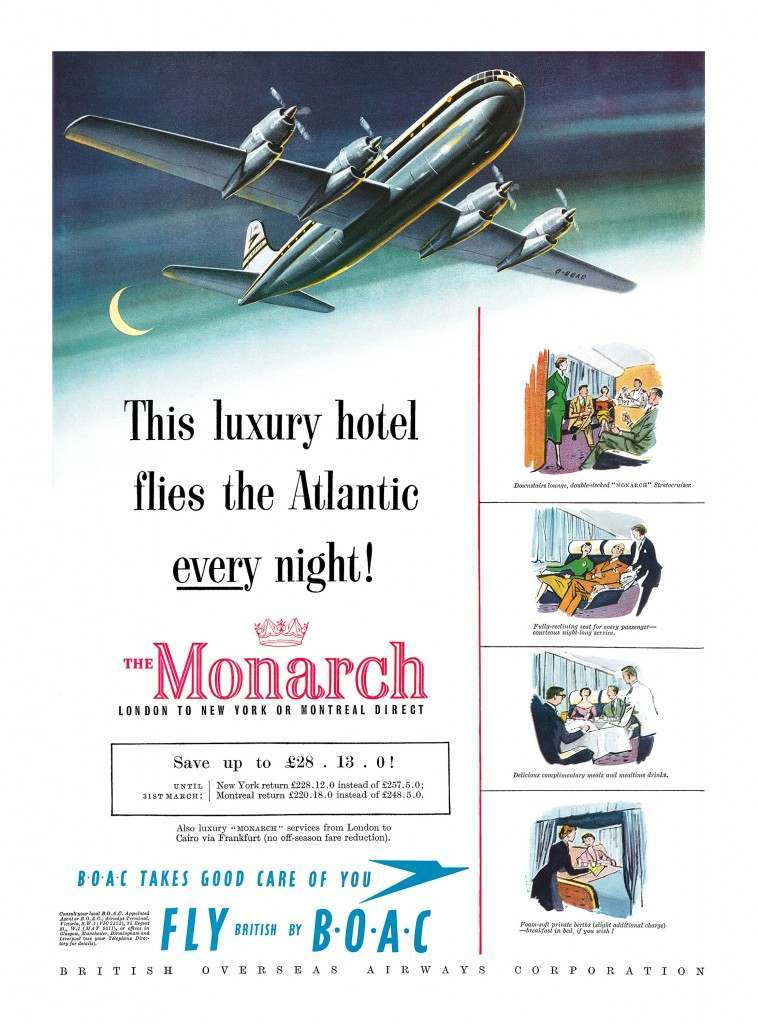 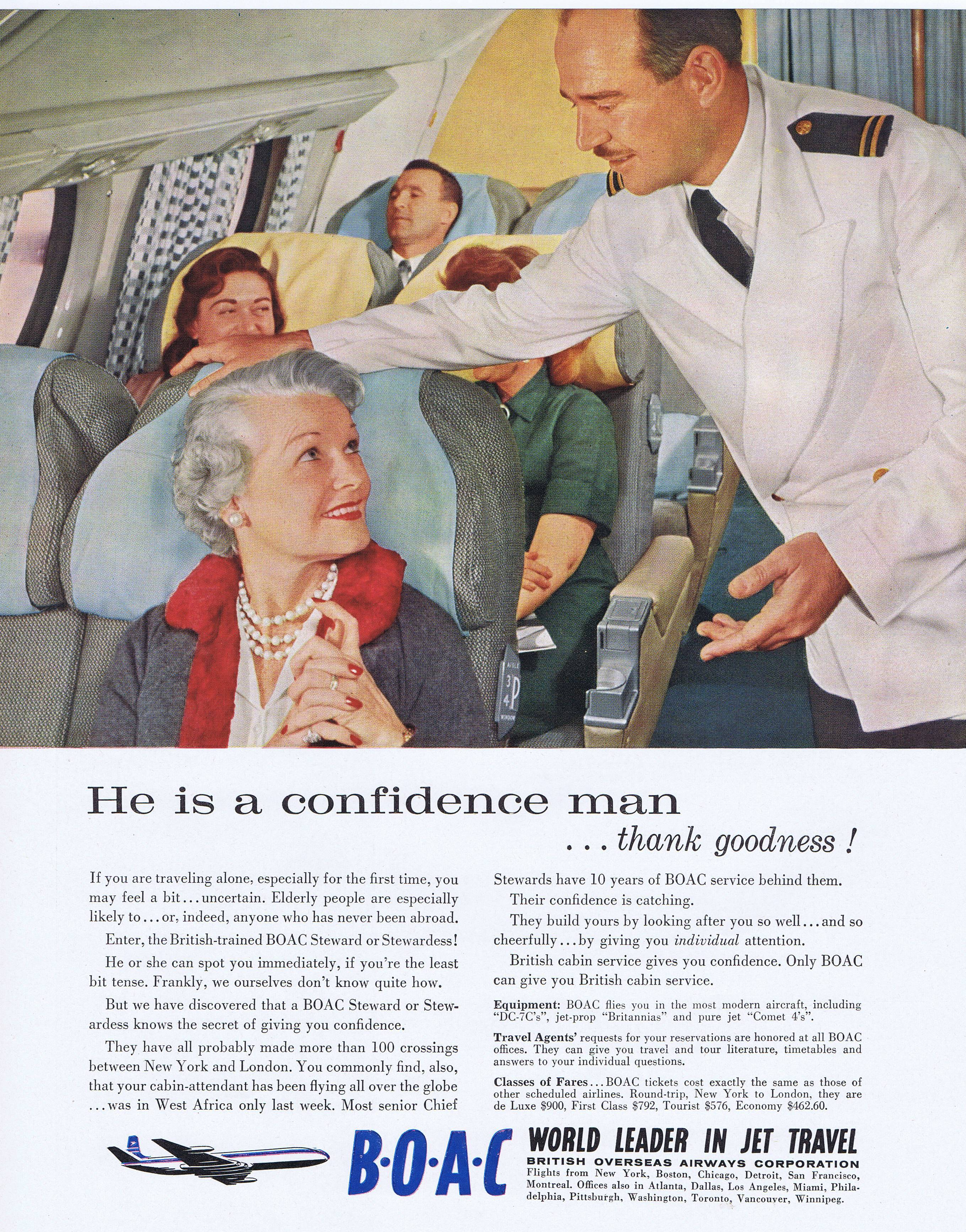 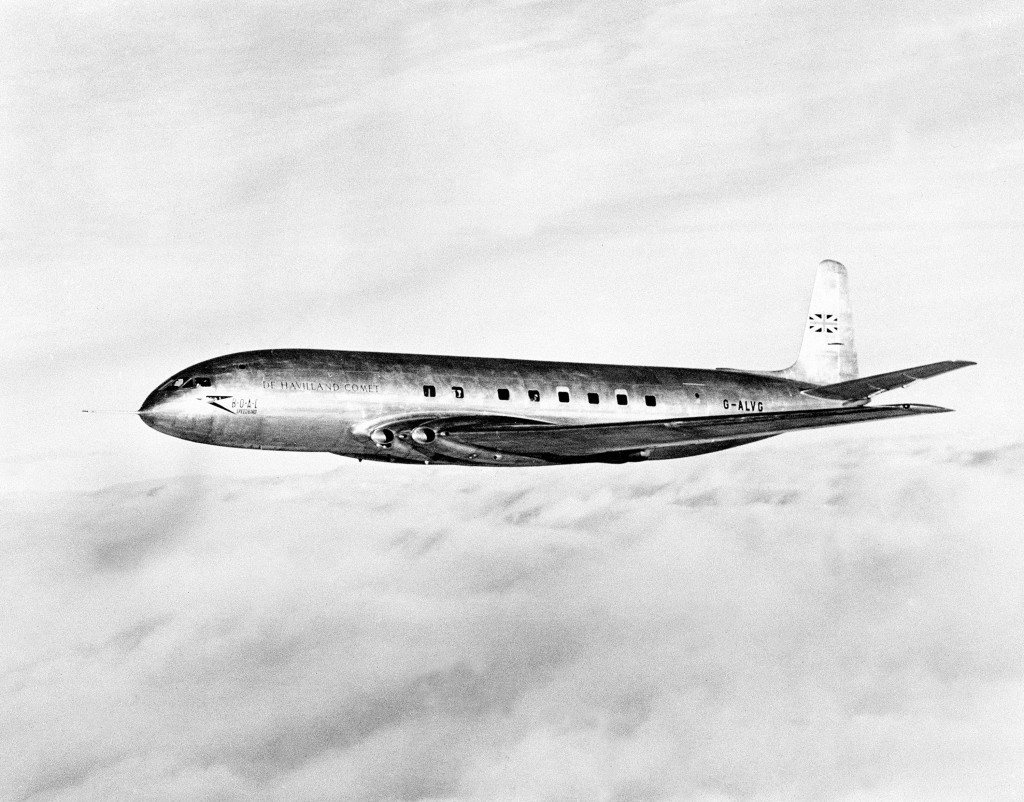 (BOAC) speedbird DeHavilland Comet is shown in flight on Jan. 25, 1950 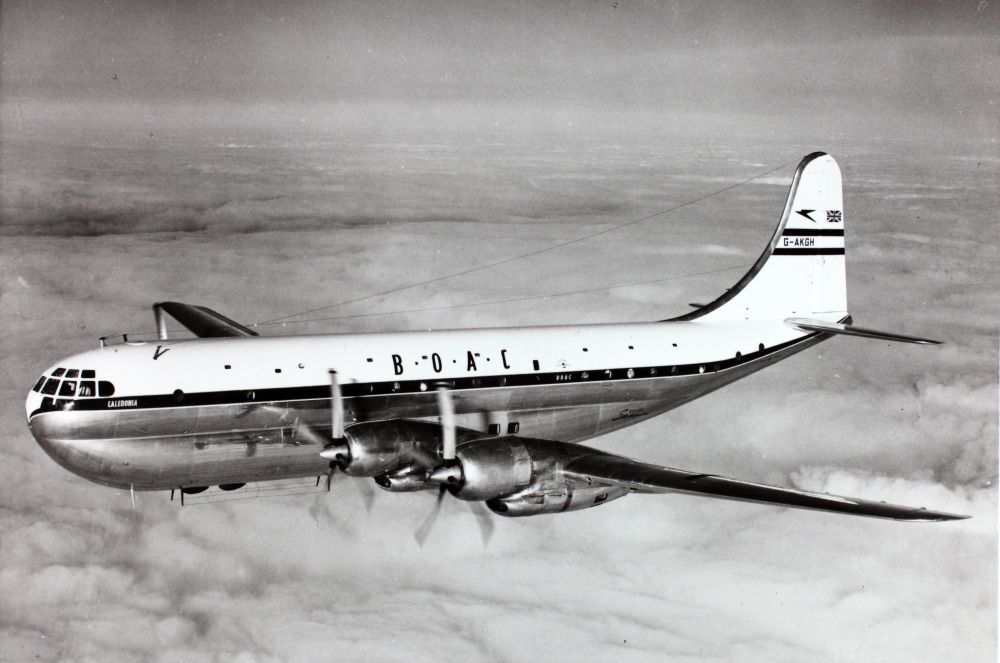 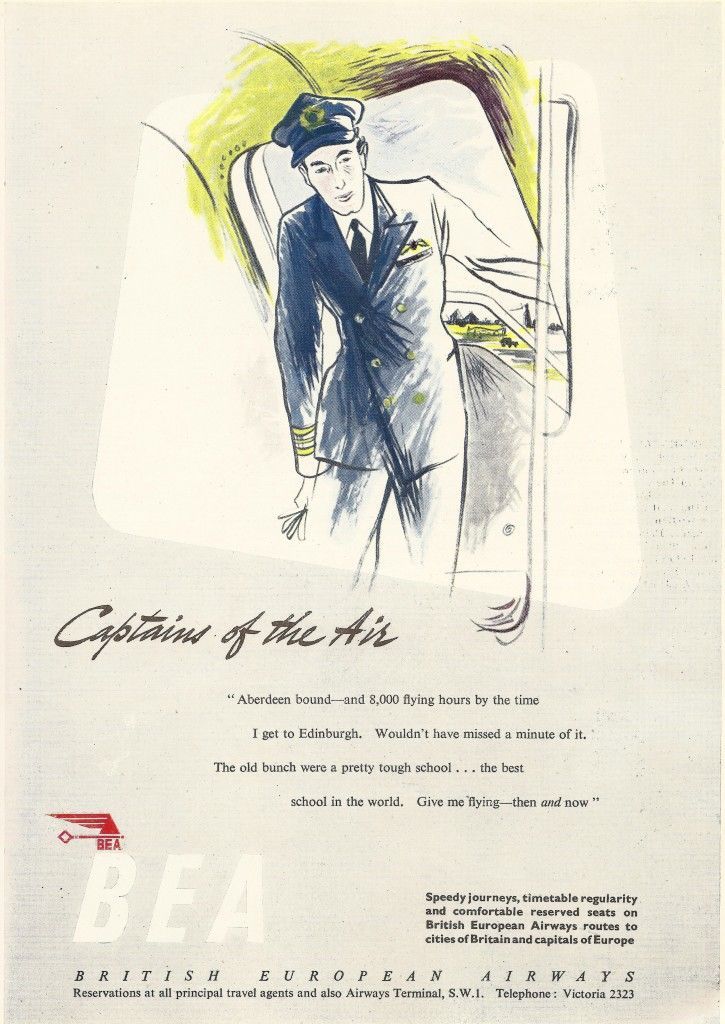 Captains of the Air – advert for BEA – British European Airways, 1948 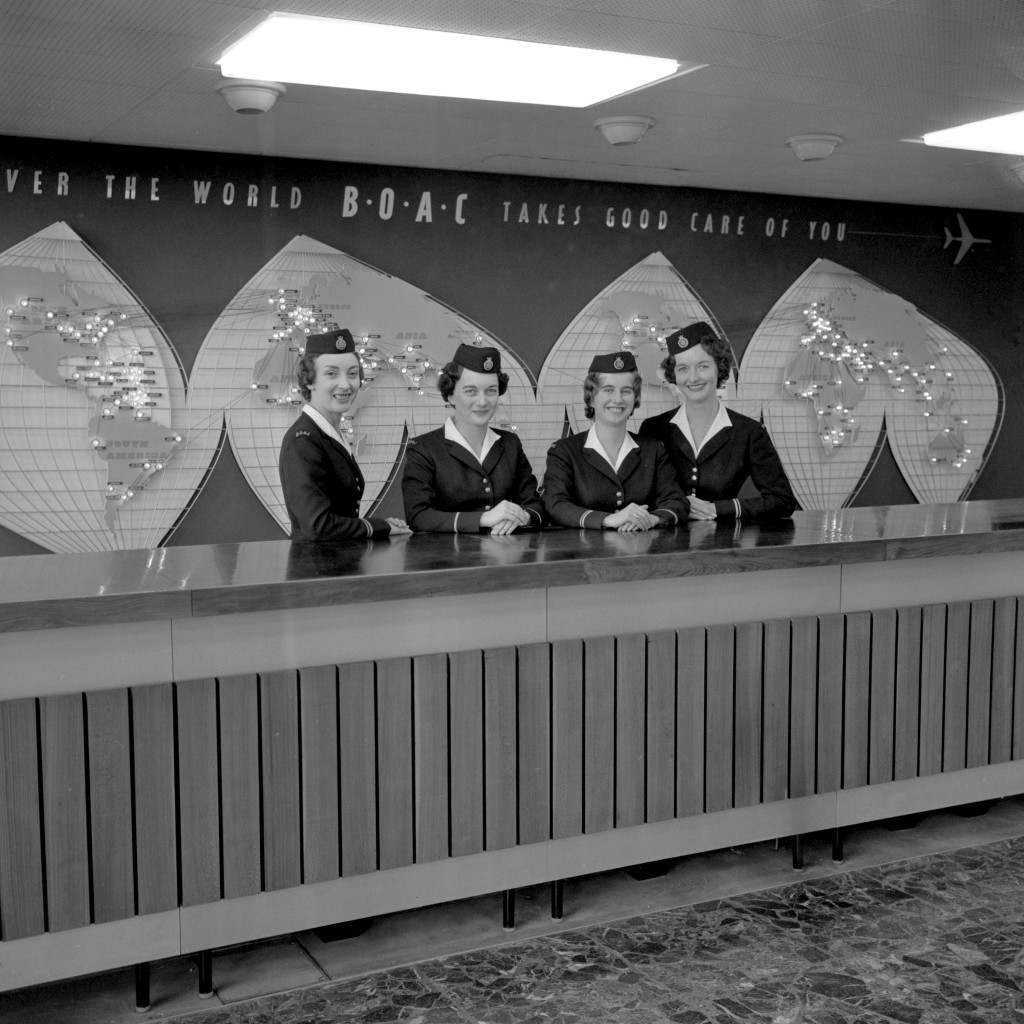 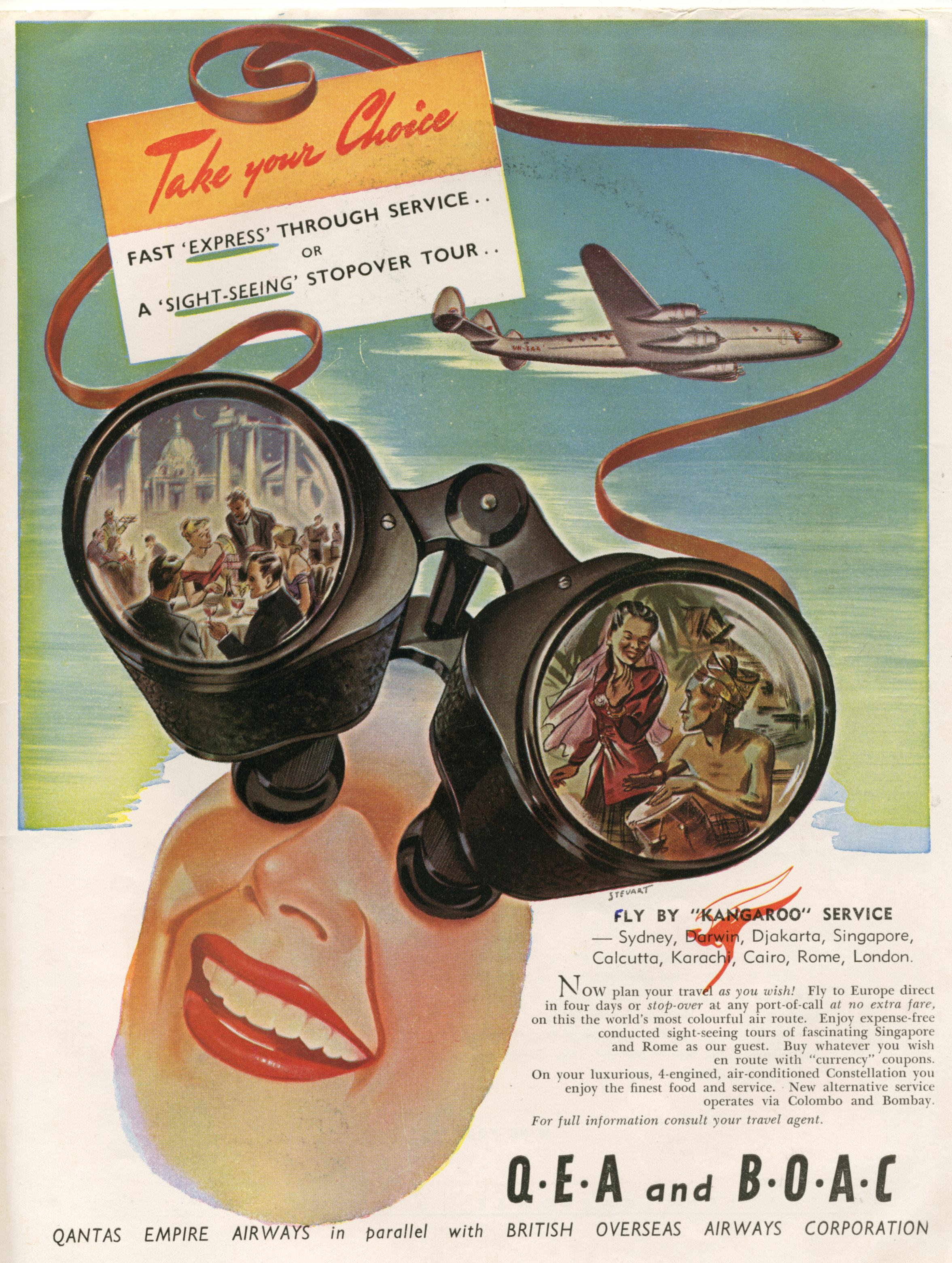 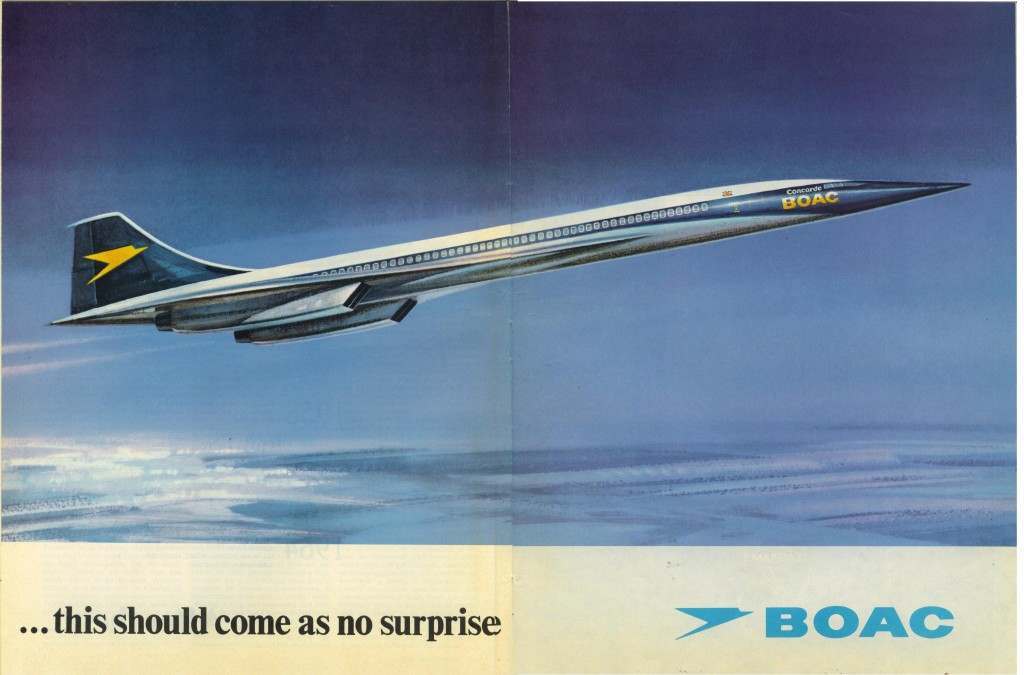 Unfortunately it was a surprise as BOAC merged with BEA in 1974 and the first British Concorde flew under the new British Airways livery in 1975.