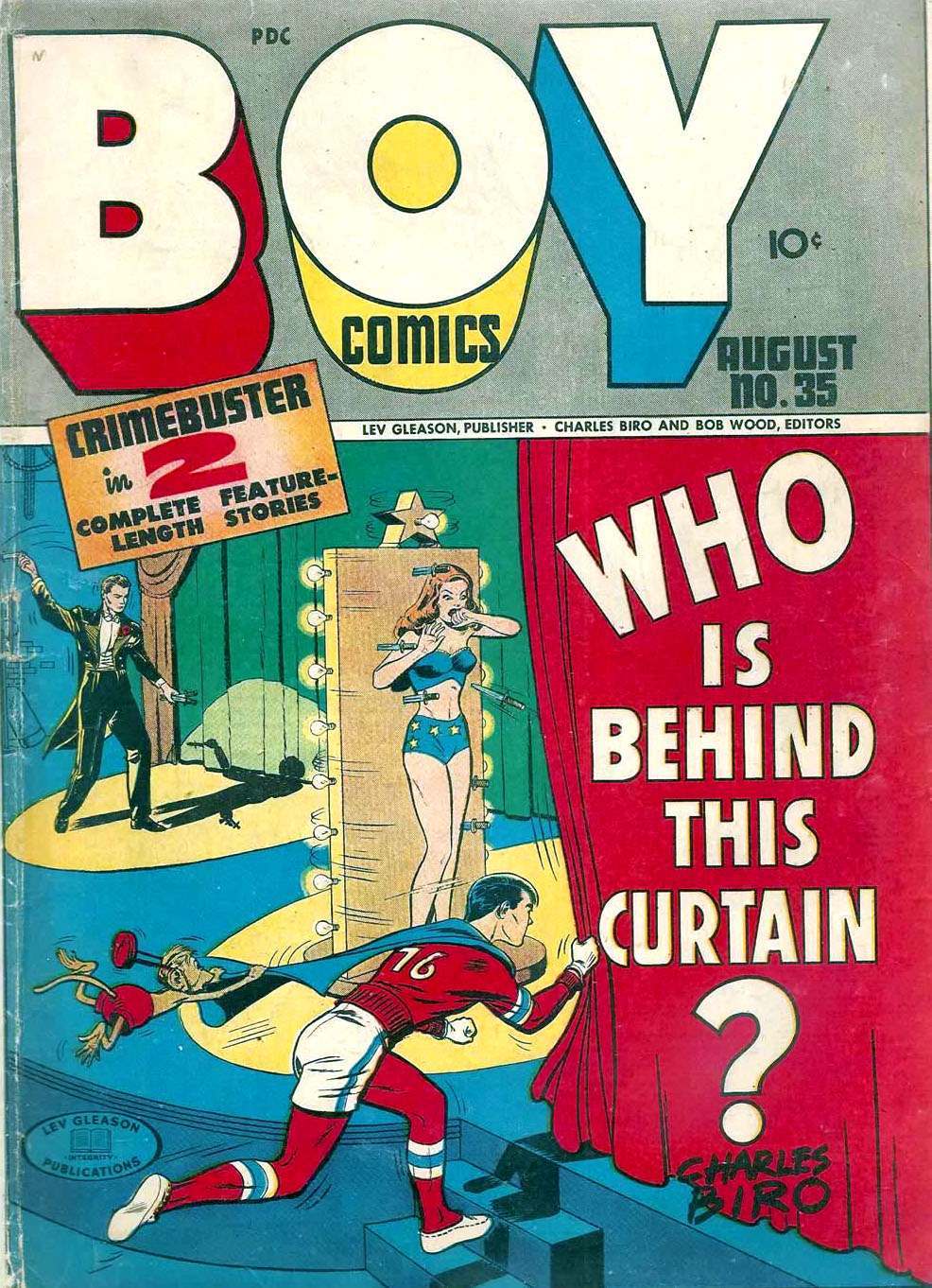 Crimebuster is wearing ballerina slippers in addition to booty shorts, a letterman sweater and a pair of tights….. Looks like it was laundry day when he was putting his costume together. 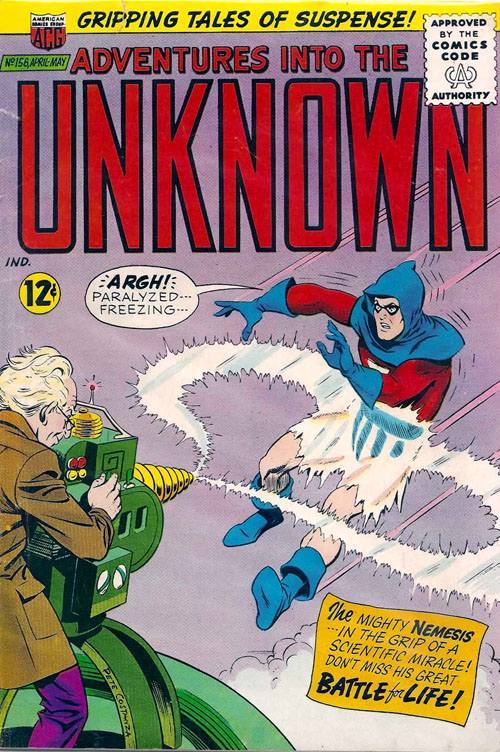 YEEOUCH! I rarely even wince at violence in movies or comics, but this one has me grimacing in pain. A point blank, direct hit to the nads with a freeze ray – a devastating case of blue balls for poor Nemesis. To add insult to injury, the villain sent his freeze ray as a heart shaped message to Nemesis’ gonads. 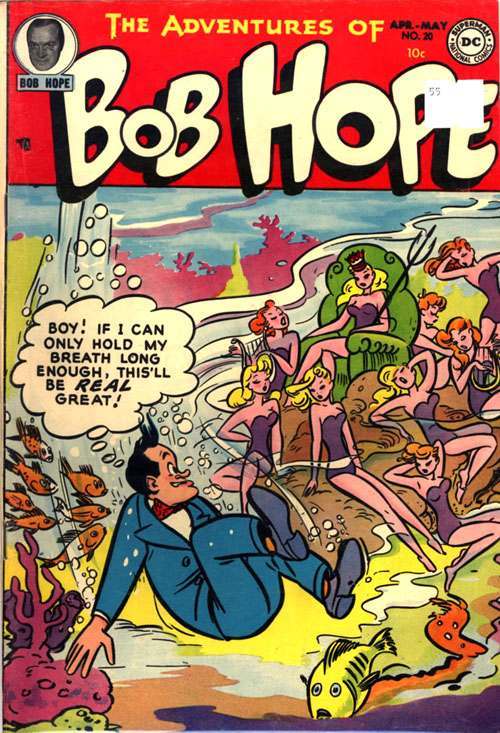 “Boy! If I can only hold my breath long enough, this’ll be REAL great!”

Long enough to do what, Bob? Have sex with this entire underwater flotilla? The yellow snapper at bottom is getting the hell out of Dodge before he has to witness that! 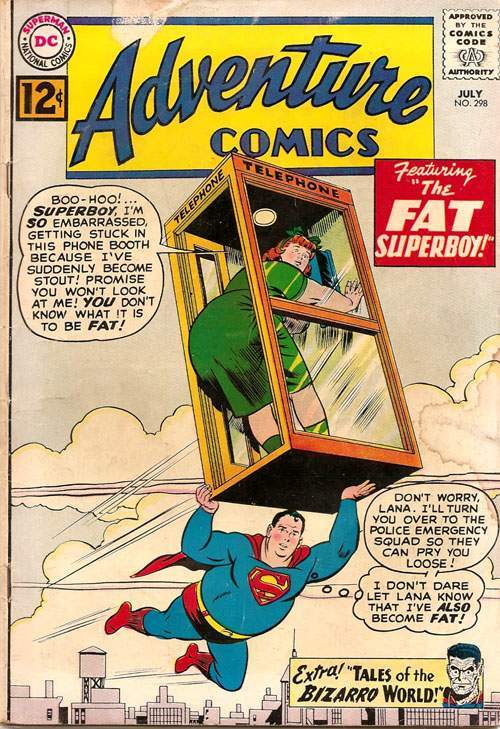 Looks like Superboy and Lana need to lay off the carbs. The shame of it all. Her fat ass hanging out of the door like that – probably breaking wind uncontrollably…. the horror! This is a plot that isn’t dealt with near enough in comics. I want to see Ghost Rider and Deadpool obesity stories. 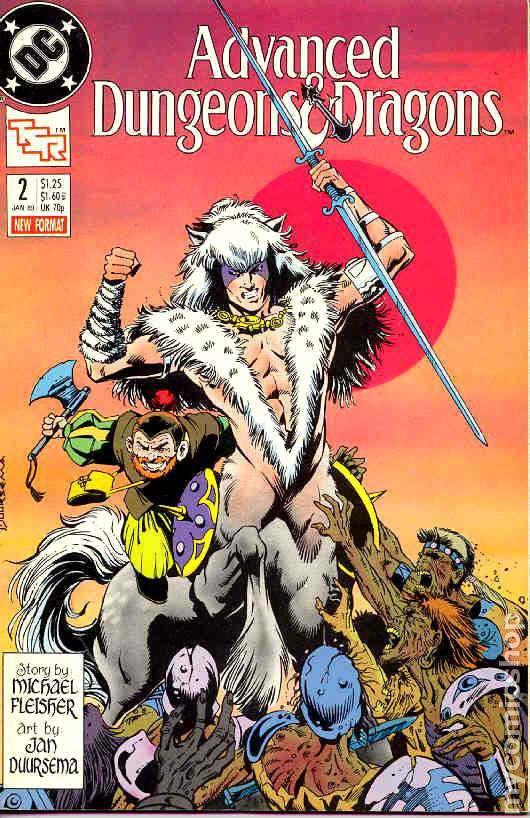 Ahem (clearing throat). Methinks where the human portion of this centaur ends and the horse begins is looking a little…. er, wrong. Perhaps the two halves could’ve been blended a bit more, if you get my drift. 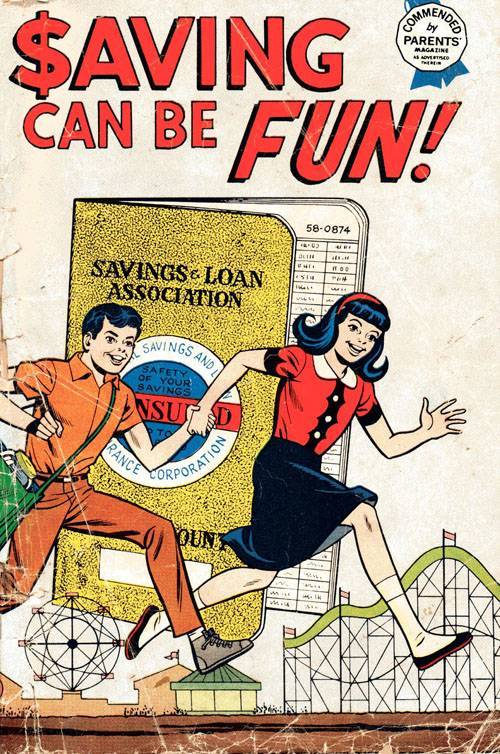 Brought to you by the Savings & Loan Association…. so, I’m guessing this comic not only helps you manage your money, but also rationalize corruption and fraud. 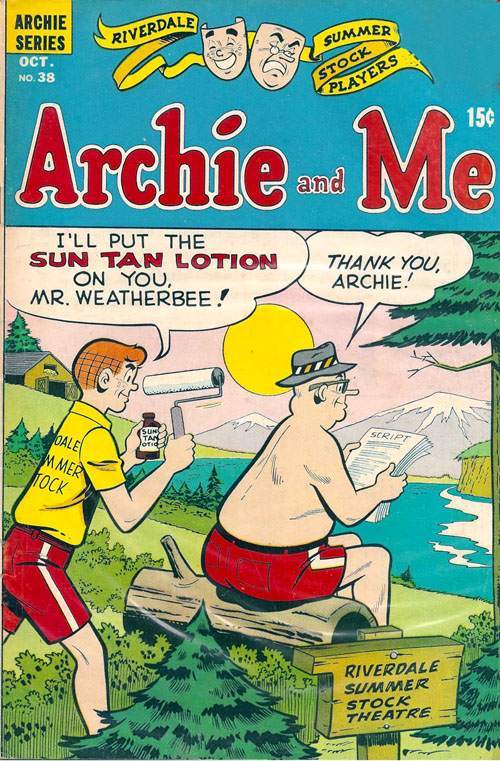 Um, is this really appropriate? Generally speaking, if a student offers to rub suntan oil on a principal’s back, the principal probably would be wise to decline the offer. Just sayin’. 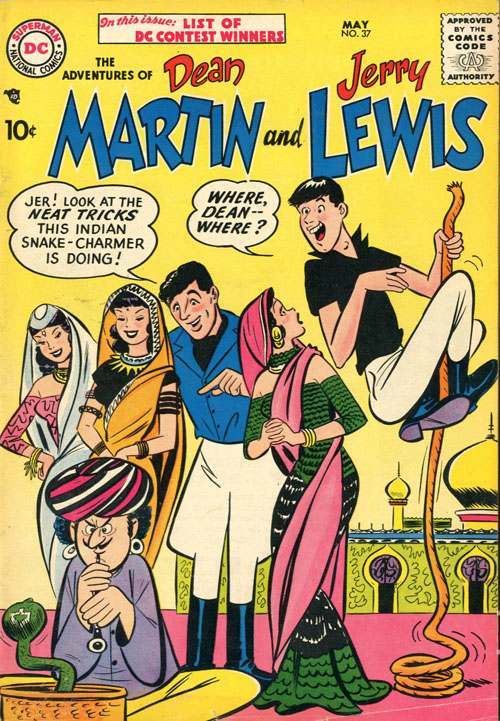 Martin and Lewis comics were worse than the movies because Jerry appeared even more retarded (if that’s possible). This cover is a nice metaphor for the comic duo – Dino with the babes, and Jerry alone with his….. with his…. never mind. 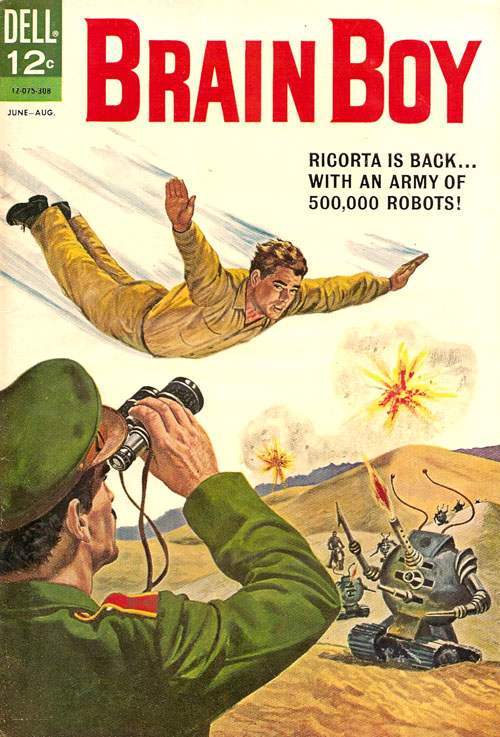 Words fail me. On to the next comic… 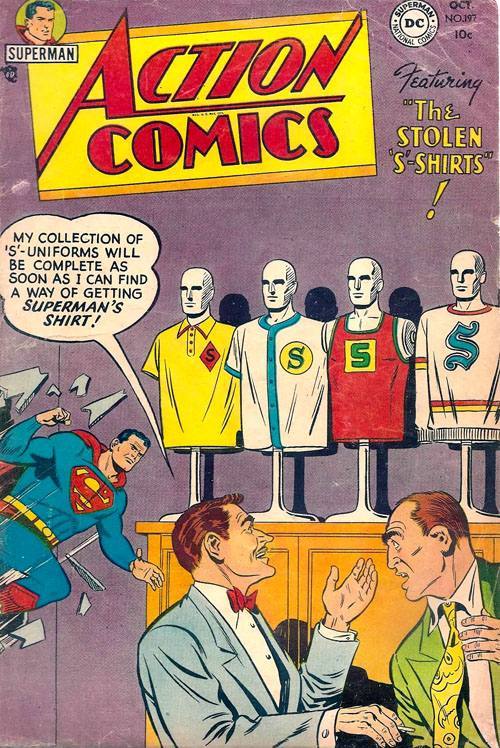 The man just wants Supes’ shirt to put in his little hall of fame…. is this a problem? Is this how Superman reacts to his fans? Not only is this the dumbest idea for a comic book ever created, it further underlines the fact that Superman is a complete dick. 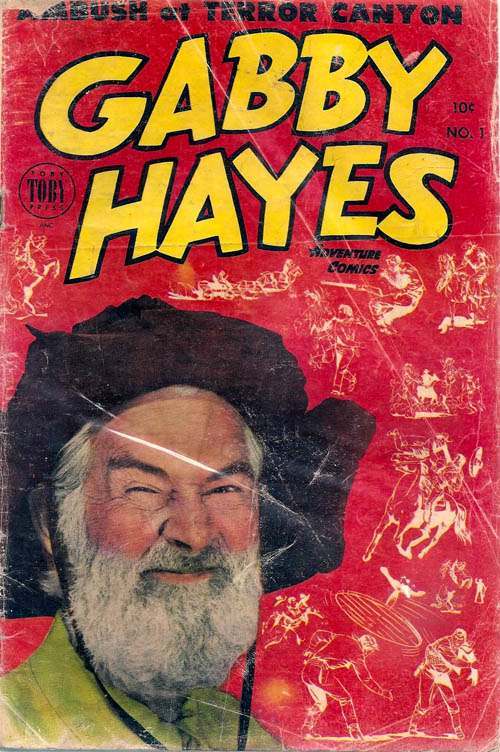 “I wash born here, an I wash raished here, and dad gum it, I am gonna die here, an no sidewindin’ bushwackin’, hornswagglin’ cracker croaker is gonna rouin me bishen cutter.” 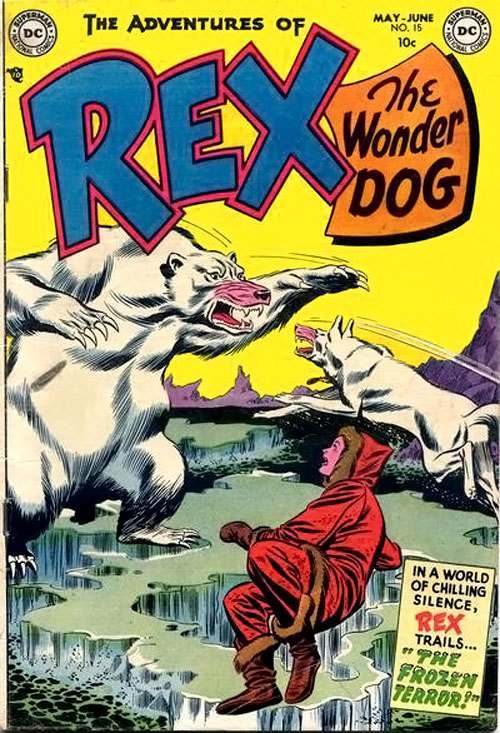 What’s with the pink muzzles? I checked other copies on the interwebs, and it’s not just a printing error or graffiti specific to this copy. Did they just drink a glass of Strawberry Quick? 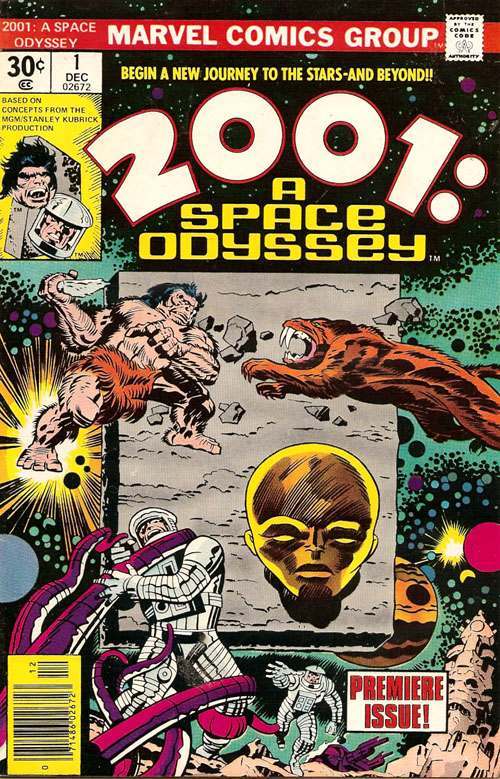 Wait – what? They had a comic book based on the Stanley Kubrick film? I can see a graphic novel adaptation maybe, but a continuing series illustrated by Jack Kirby? This is insane. 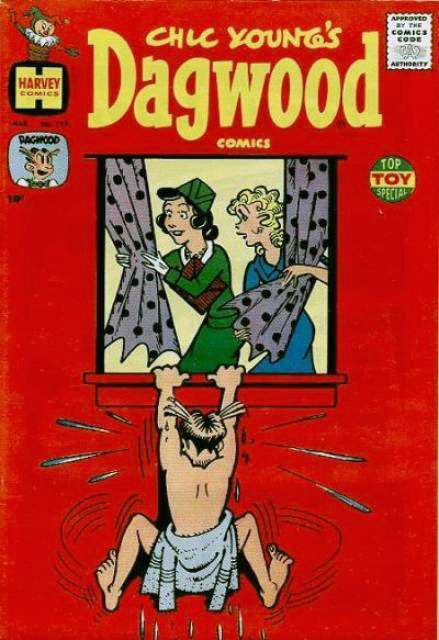 Ummm, Dagwood? I think you’ve got some explaining to do, because it looks like you’re spying on these women and…… well, it’s my sincere hope that he can get some help with his problem. 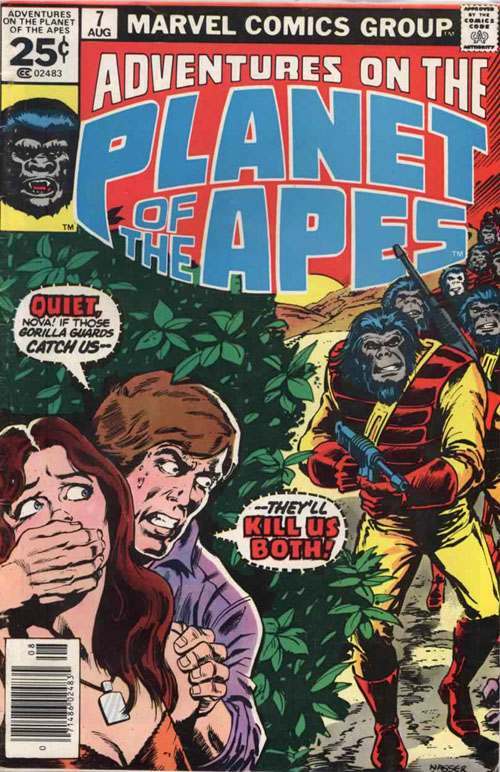 Dude, you are whispering really loudly! They totally hear you.

This is made all the more ridiculous by the fact that Novo is, of course, a mute. 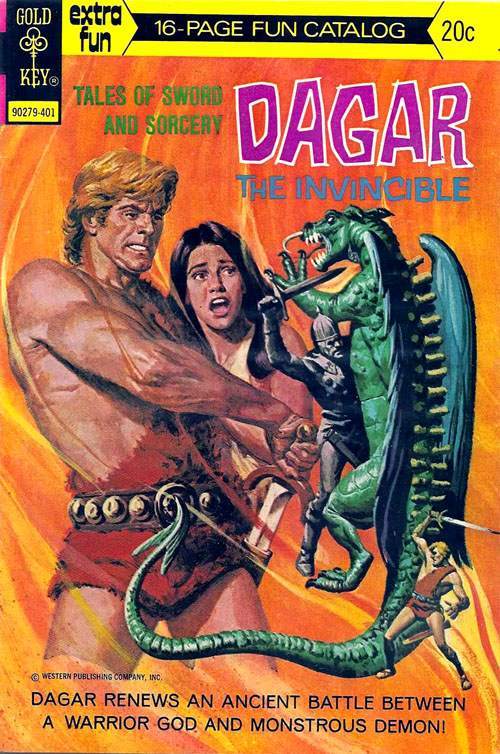 One misplaced swish of that dragon’s tail and it will be more than Dagar’s sword that get’s yanked out.  That is one short skirt you’re sporting there, Dagar. 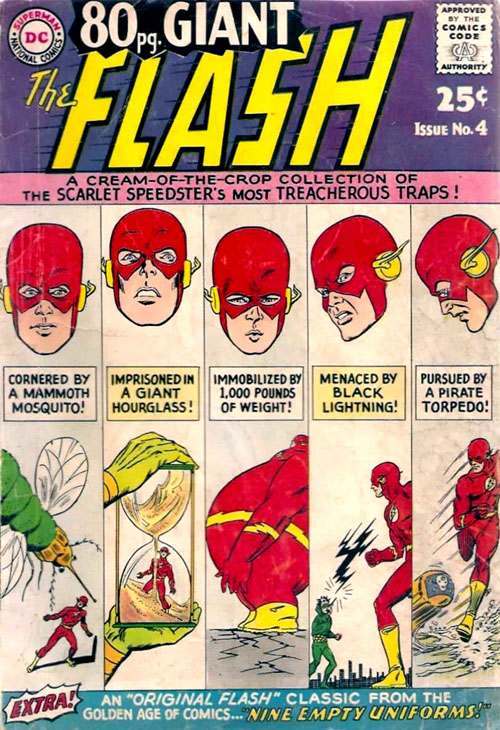 Well, this is awkward. Let’s parade all of Flash’s failures and provide close ups of his reactions. 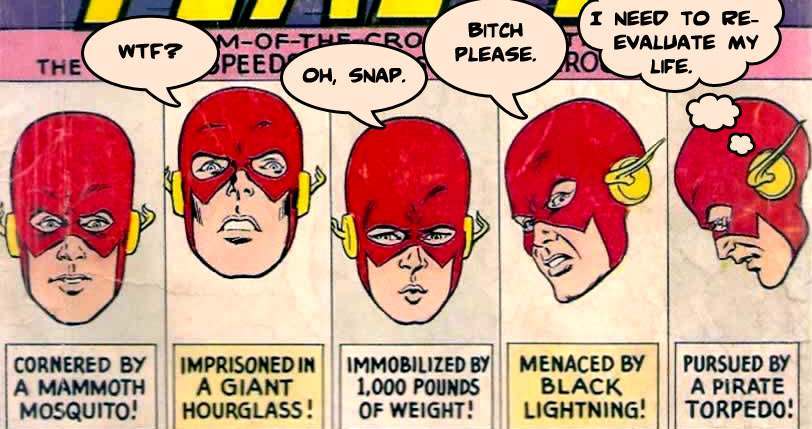