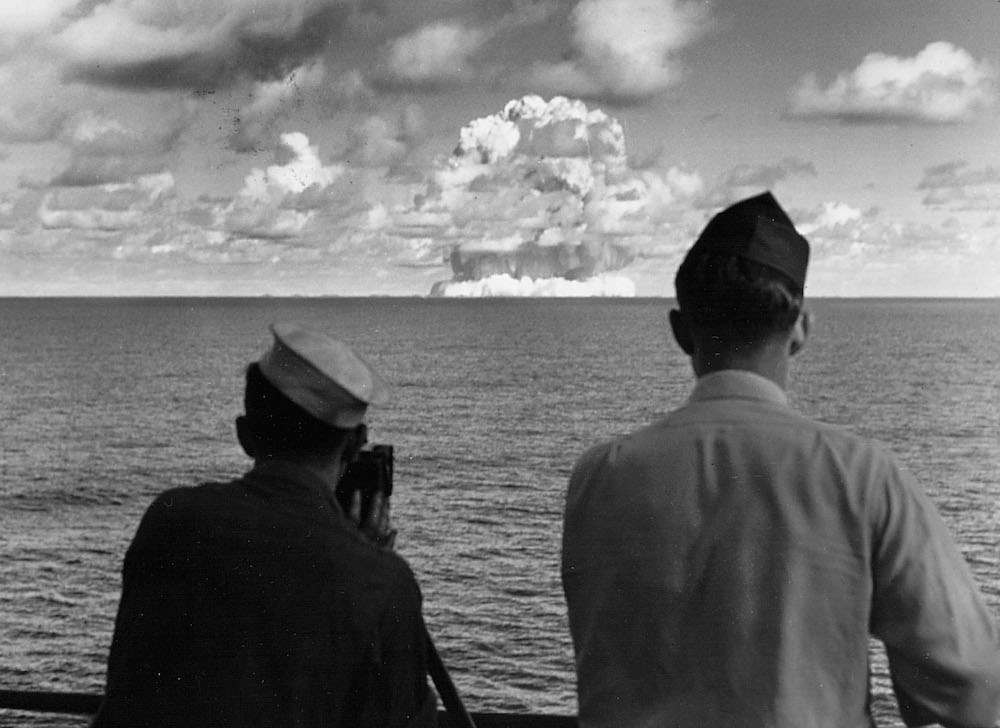 Aboard the USS Mt. McKinley watching an atomic cloud July 25, 1946 during the “Baker Day” blast at Bikini Island. (Photo by National Archive/Newsmakers)

Walt Disney taught us to love the atom and its wondrous power to create. Ed Sullivan showed us a hellish vision of face-melting nuclear terror. We could learn how to survive the nuclear Armageddon with books made on paper, which might not endure the explosion but would give hours of fun for all what remained of your family. You kids could build your own bomb and dream of becoming Miss Atomic Bomb as you relaxed in a bath of life restoring radium, browsing the catalog full of things to help you thrive in the nuclear winter.

For us there is the chance to watch all Orbital Mechanics’ vision of all 2,153 nuclear detonations since 1945. 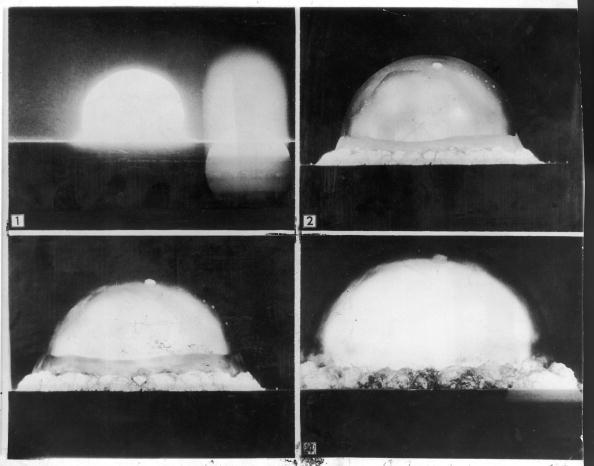 JULY 16: First 4 pics in a sequence of 8 recorded by U.S. Army automatic motion picture camera six miles distant when an atomic bomb was exploded at Alamo-Gordo.

CityLab’s John Metcalfe says the video commemorates the 70-year anniversary of the “Trinity” test, a plutonium bomb trial run that preceded the bombings of Hiroshima and Nagasaki in 1945. (More here.) 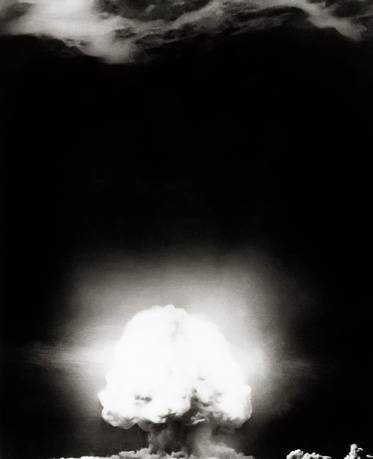 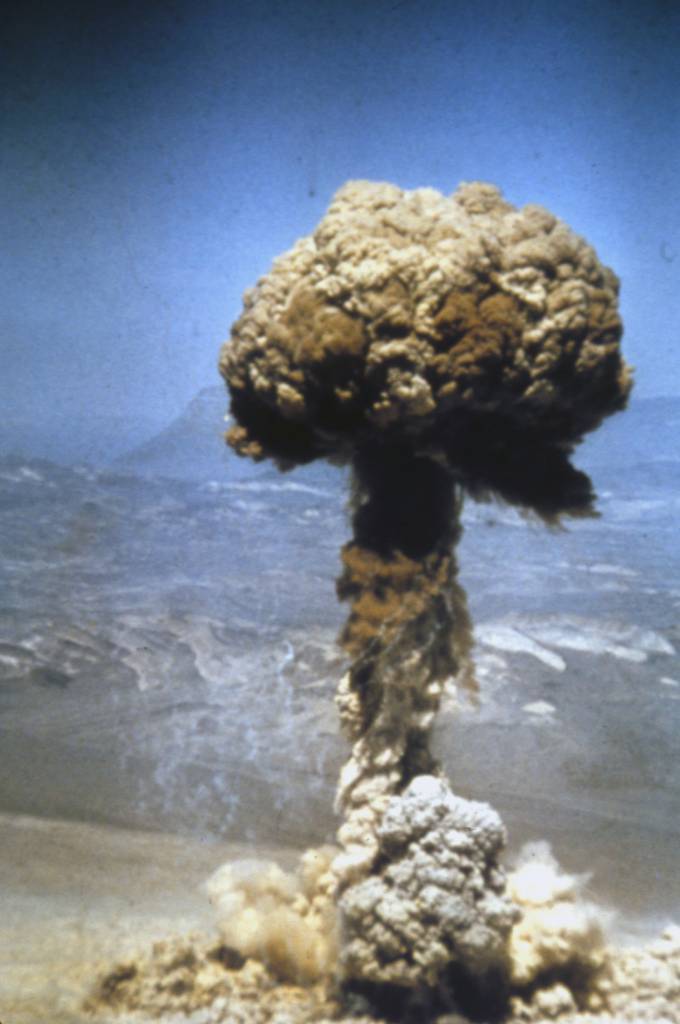 A mushroom cloud reaches high into the sky during atomic testing in Nevada, USA, circa 1940. 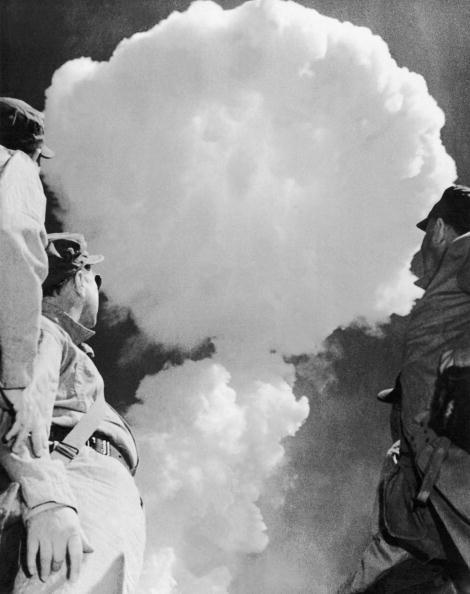 On May 15, 1952, General H.P. Storke And Navy Soldiers Leaving Their Anti-Atomic Terrier, Observed The Deflagrations Produced By The Explosion Of An Atomic Bomb In Desert Rock, Nevada. 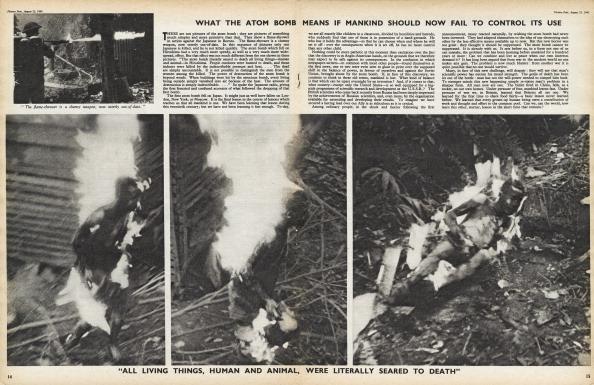 And now the video.