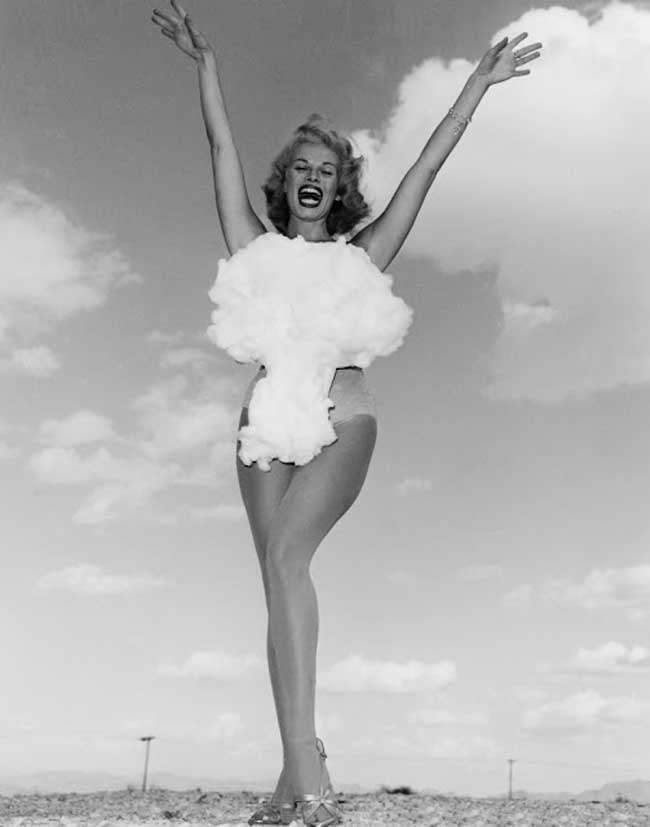 Above-ground nuclear testing was a major public attraction during the late 1950s, and hotels capitalized on the craze by hosting nuclear bomb watch parties, which usually included the dubbing of a chorus girl as Miss Atomic Bomb. Merlin was the last and most famous of the Miss Atomic Bomb girls.

In 1945, the USA dropped atomic bombs on the Japanese cities of Hiroshima and Nagasaki. A few years later, Atomic explosion were sexy and beach ready. 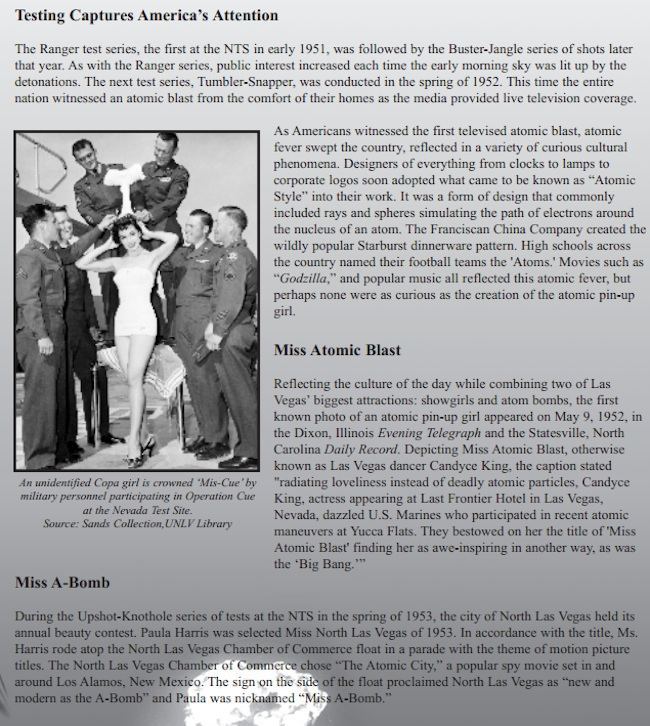 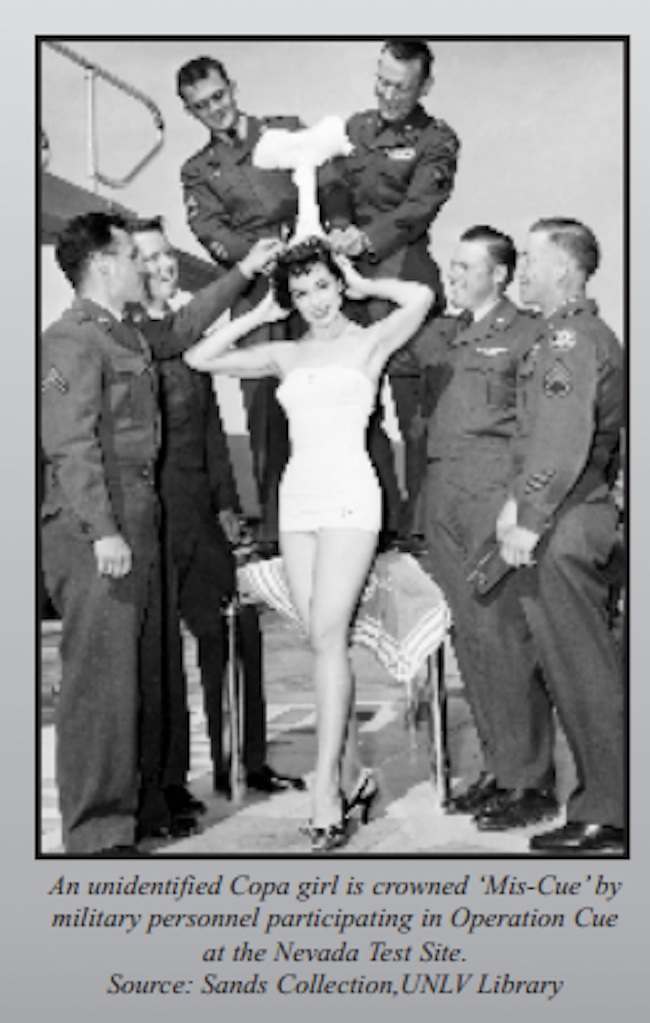 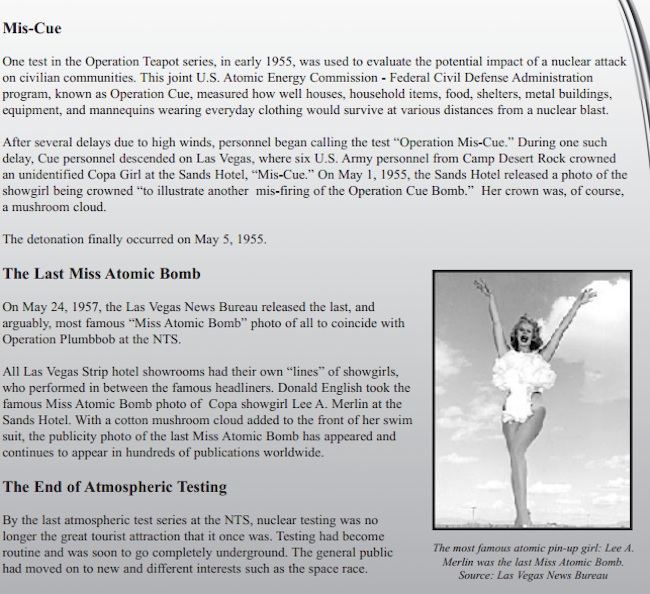 A showgirl at the Sands’ Copa Room, Merlin became the iconic atomic pin-up, but she wasn’t the first, nor the only one, we discovered. A little more than a year after the first bomb went off, the Last Frontier crowned Candyce King Miss Atomic Blast on May 9, 1952. Her photograph appeared in several newspapers around the nation, with one describing how she radiated “loveliness instead of deadly atomic particles” and “dazzled U.S. Marines who participated in recent atomic maneuvers at Yucca Flats.” You can see her on the diving board at the Sands below.

Prior to Lee Merlin, on May 1, 1955 fellow Copa Girl Linda Lawson was crowned “Miss-Cue” by military personnel participating in Operation Cue at the Nevada Test Site. Miss-Cue was actually named for a program known as Operation Cue, which was designed to measure how well everyday items would survive a nuclear blast at various distances from the detonation. When high winds kept causing delays, personnel dubbed it “Operation Miscue” and further poked fun by crowning Lawson with a mushroom cloud.

While most of the atomic pin-ups were hand-picked showgirls and not contest-winners, as is sometimes assumed from their titles, in the spring of 1953 Paula Harris, winner of the Miss North Las Vegas beauty contest, was nicknamed “Miss A-Bomb” to tie in with the Chamber of Commerce’s campaign promoting Las Vegas as “The Atomic City” and rode on a themed float. 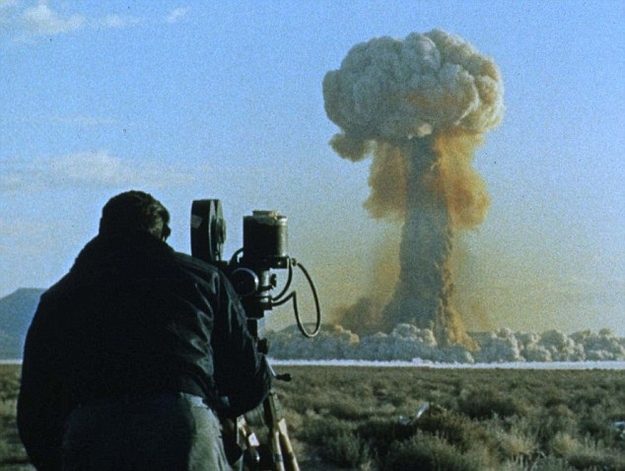 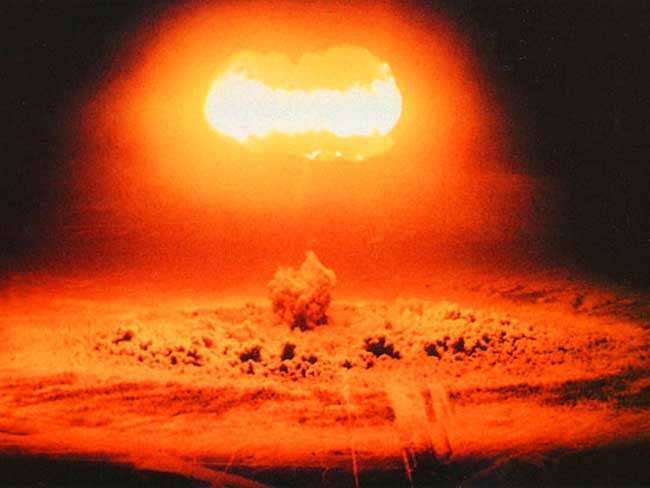 July 5, 1957: The largest (at the time) US continental atmospheric nuclear test, over Yucca Flat — a closed desert drainage basin sixty-five miles northwest of Las Vegas. Referred to as “the most irradiated, nuclear-blasted spot on the face of the earth”, Yucca Flat was the testing ground – both in the air and under the surface of the flat, sandy soil – for 739 nuclear tests from October of 1951 to September of 1992. 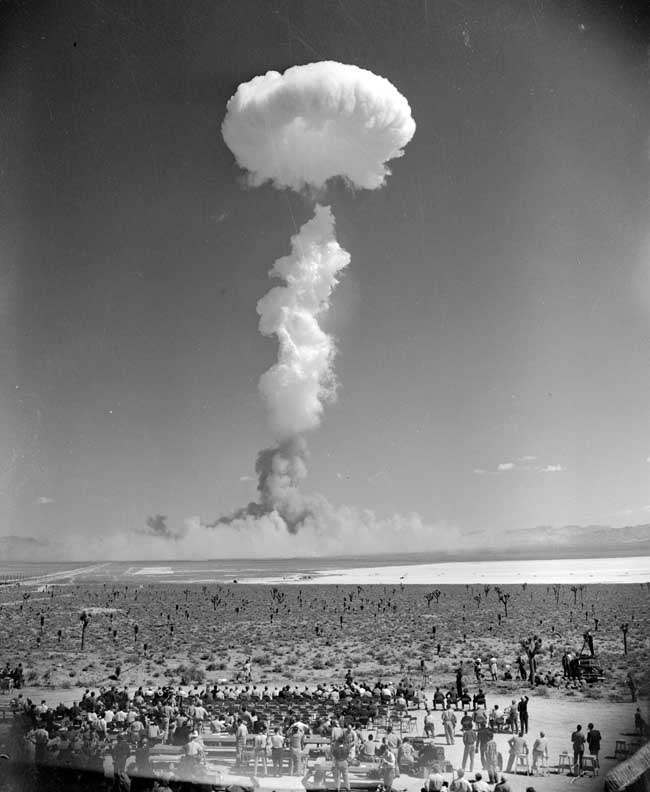 The mushroom cloud of an atomic bomb rises above Nevada’s Yucca Flat April 22, 1952. Some 1,500 civilian observers, news people, ground soldiers and paratroopers in the air witnessed the blast. (AP Photo) 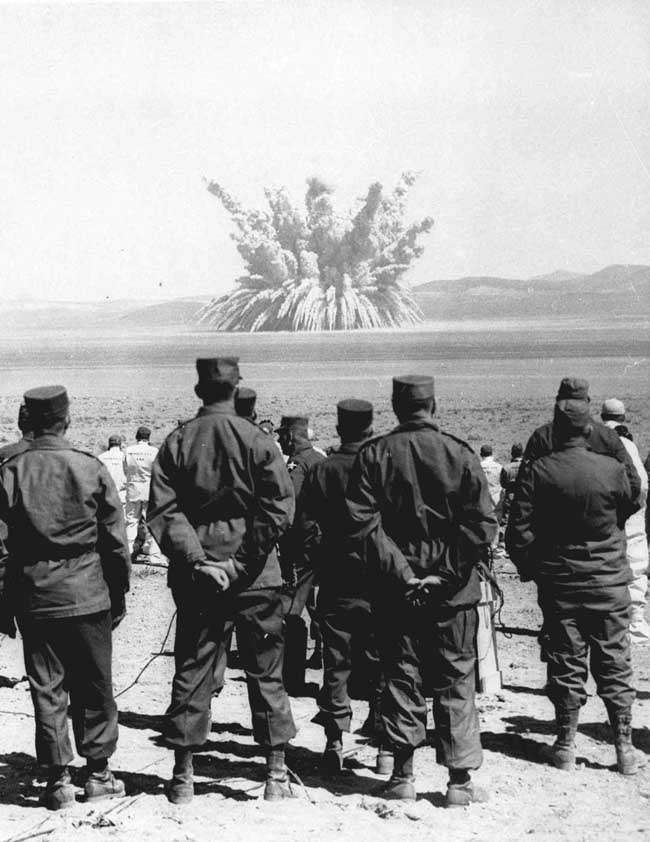 Observers watch an atomic nuclear blast in this March 23, 1955 photo. The National Cancer Institute said Friday, August 1, 1997 that fallout from 1950s nuclear bomb tests exposed millions of children across the country to radioactive iodine, raising the possibility that 10,000 to 75,000 of them might develop thyroid cancer. But government doctors emphasized they have no proof this radioactive substance causes thyroid cancer, so their estimate is a worst-case scenario. Nobody was tested in the NCI study. (AP Photo) 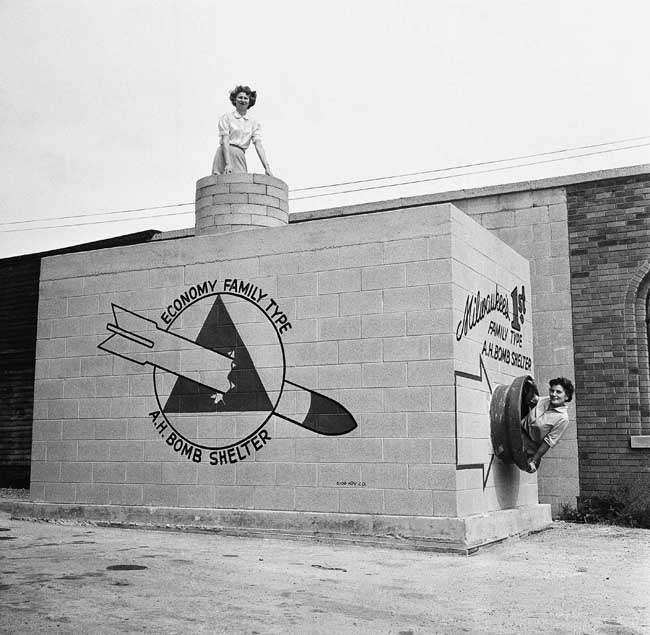 In this Sept. 12, 1958 file picture, Beverly Wysocki, top, and Marie Graskamp, right, emerge from a new family-type bomb shelter on display in Milwaukee, Wis. Even before the March 11 earthquake and resulting tsunami that led to the current Japanese nuclear crisis, Americans were bombarded with contradictory images and messages that frighten even when they try to reassure. It started with the awesome and deadly mushroom cloud rising from the atomic bomb, which led to fallout shelters and school duck-and-cover drills. 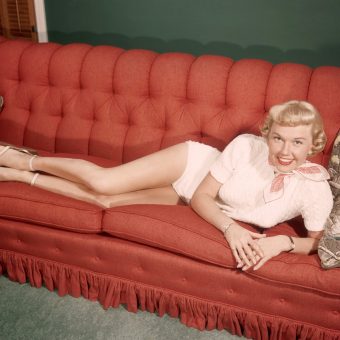 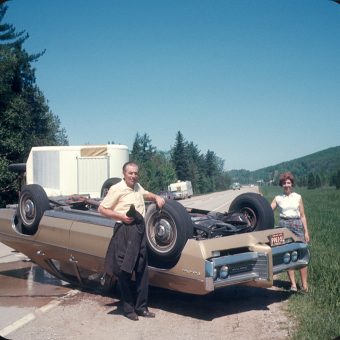 The 1960s American Car And Road Trip In Kodachrome