In 1987, Mattel introduced the world to a great — though messy — toy line that encouraged children to take up science, or at least mad science.

First in the line was my favorite item of the line: The Mad Scientist Dissect-an-Alien Kit. 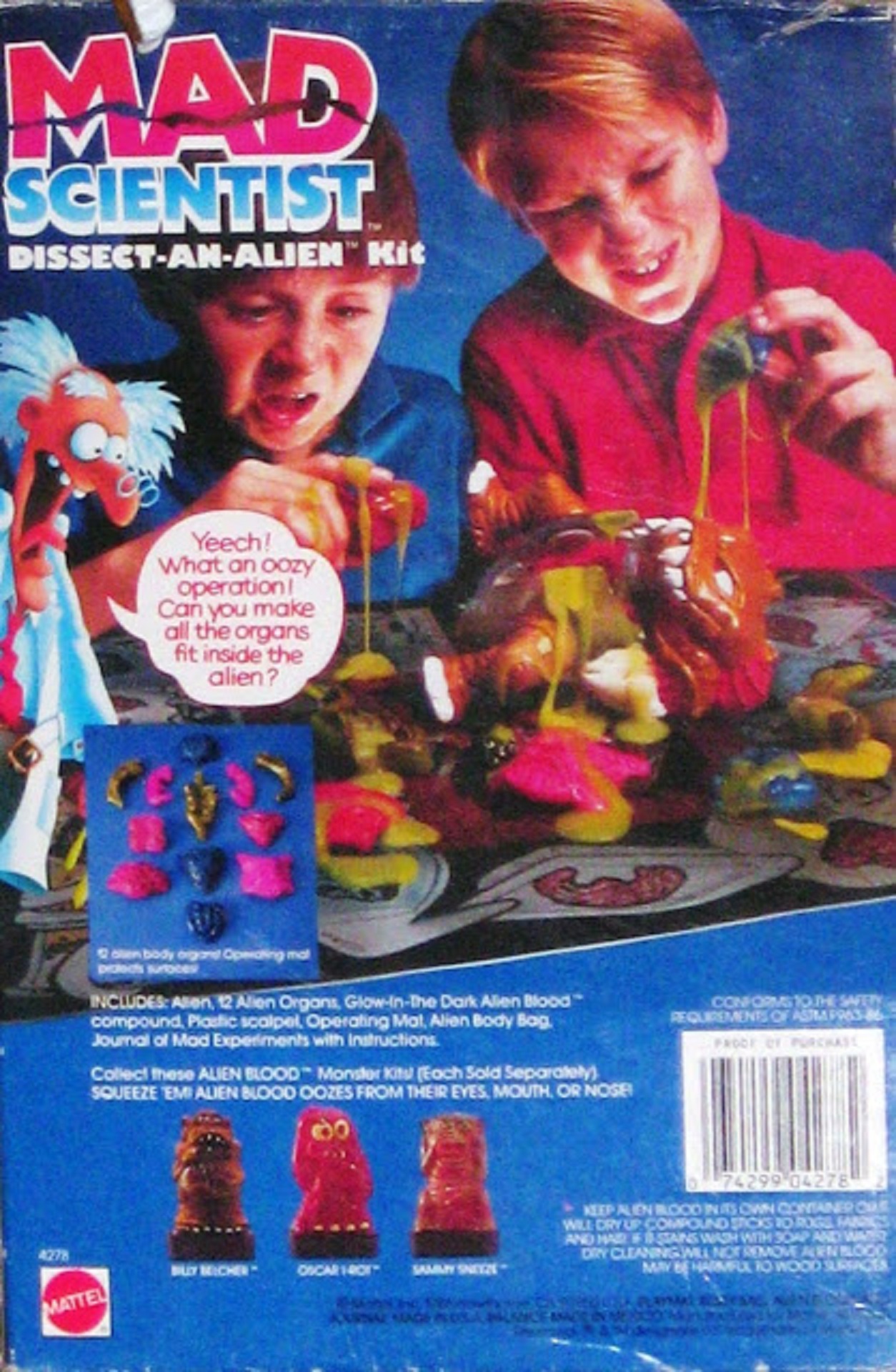 Here, burgeoning men and women of (mad) science would “yank out alien organs dripping in glowing ALIEN BLOOD!“  The kit had a mat (for containing mess), an alien figure, and all the alien’s…innards.

To wit, inside that alien body there are “12 body organs” and there is “only one way they’ll fit together.”

So “it’s the slimiest puzzle on Earth.”

The bug-eyed scientist featured on the box also opines “Yeech! What an oozy operation! Can you make all the organs fit inside the alien?” 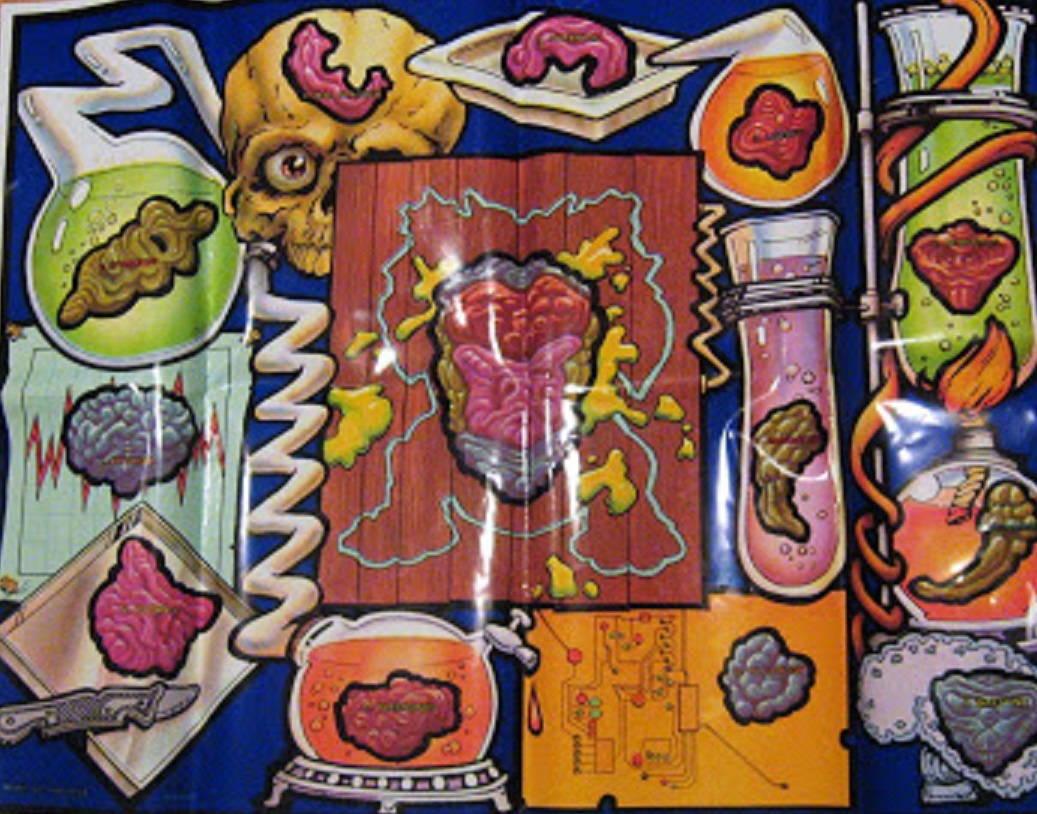 A funny fact about the Operating Mat is that it includes colorful background names for all twelve of the alien’s unusual organs.

This Mad Scientist toy was also sold with a short comic-book describing the scientist’s discovery of the alien creature.

Here’s a TV commercial for the dissect-an-alien kit:

Also for sale was “Glowing Glop.” This toy enticed youngsters to “turn water into GLOP” instantly, and noted that the results were “Awesomely oozy!” 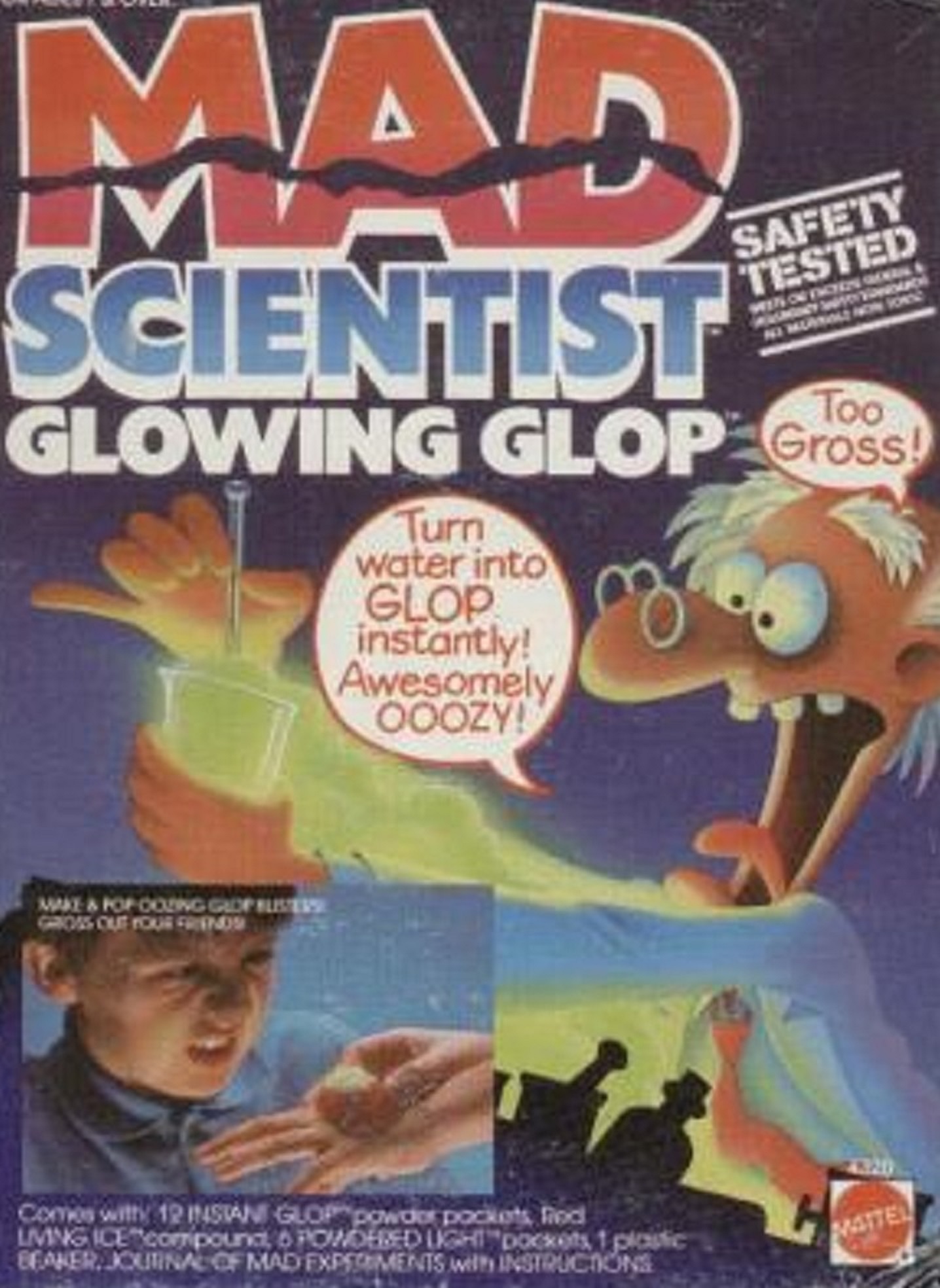 Another Mad Scientist toy was called “Scientist Splatters” and allowed kids to create “a fresh batch of Gooey Plasma.”

Before the line folded, there were Mad Scientist Playsets (a laboratory and operating room), watches (Called Time Freaks), alien “blood kits” and even a dress up play kit.

All in all, Mattel’s Mad Scientist toys not only anticipated (the wonderful) Doctor Dreadful, they fully lived up, delightfully, to their promotional slogan: