UPON the success of Scooby Doo, a flood of imitations appeared on television screens, all containing the same basic template.  This wouldn’t be worth talking about if the formula wasn’t Xeroxed with such wild abandon.  It truly is awesome to behold the number of times it was used and reused, with only minimal variation.  Those in the business called the formula: “Three Kids and a Nyah Nyah”.  Basically, what this means is you have three principle characters each fulfilling a certain trope and a gimmicky creature.  Here it is broken down: 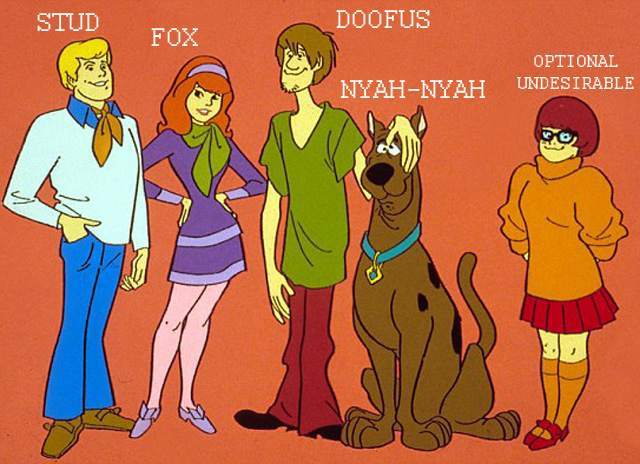 The Stud – the beefy, alpha male of the group

The Fox – the leggy eye-candy of the group

The Doofus -the mildly retarded hipster

Optional Undesirable – Sometimes an extra kid was added to the group; but this one is always unattractive and/or unlikeable

Let’s peruse some of the examples that proliferated on Saturday mornings in the 1970s. Be prepared to be awed by the lack of originality (and even more amazed at how easily American audiences gobbled up Scooby clones without a second thought).

GOOBER AND THE GHOST CHASERS 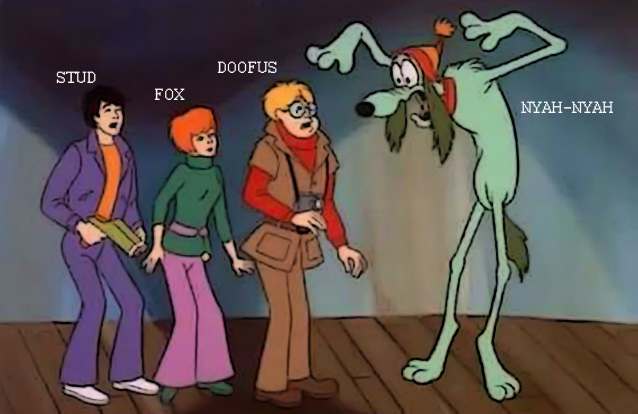 Are you even trying Hanna-Barbera?  This is such a direct rip-off of Scooby, one wonders why they even bothered.  The only difference here is that the dog, Goober, can turn invisible (WTF?) and the Doofus, Gilly, is among the most annoying bastards to ever appear on television.  The Stud (Ted) and Fox (Tina) are identical to Fred and Daphne in every conceivable way.

This Doofus (Skip) was voiced by the real life hipster-doofus, Mickey Dolenz of the Monkees.  The Nyah Nyah here is the flamboyantly gay spectre, Jonathan Wellington “Mudsy” Muddlemore.  You’ll note that, in a sad attempt at originality, they’ve added a couple more creatures to the mix.

BUTCH CASSIDY AND THE SUNDANCE KIDS 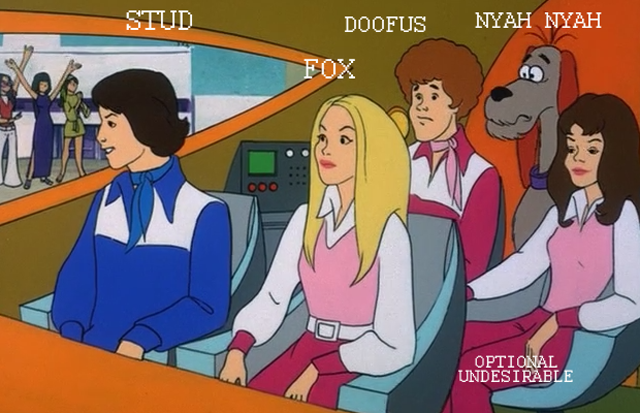 Mickey Dolenz is at it again, voicing yet another Doofus (Wally). The lack of originality here is truly breathtaking.  However, I should mention that even the Scooby Doo bunch wasn’t technically a breakthrough in originality either.  The Archie comics exhibit a primitive example of the formula with Archie as the leader, Betty as fox, Jughead as a predecessor to Shaggy, and Reggie and/or Veronica as an abrasive personality the somewhat fits the bill as the optional undesirable.  It’s not a perfect fit, but you can see it’s no great leap either. 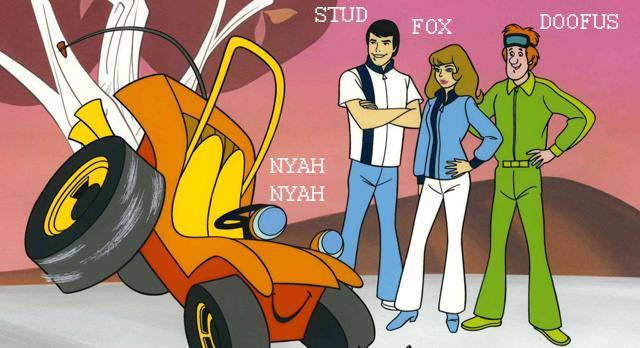 I’m sure they must have thought it a huge creative breakthrough to make the Nyah-Nyah a vehicle.  Tinker the Doofus is identical to Shaggy in every way except wardrobe. 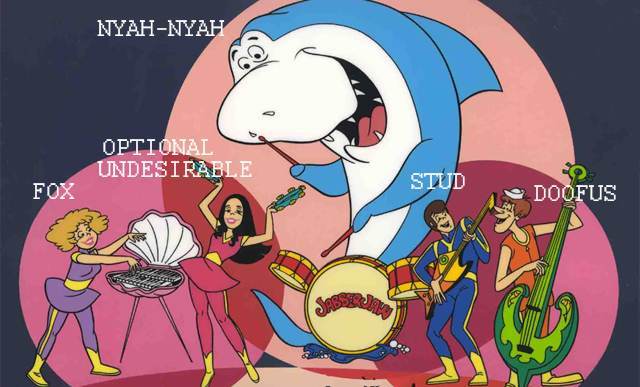 Jabberjaw seems like it may have thrown a curve-ball in the “Fox” category; but upon closer inspection, things are as formulaic as ever.  The Optional Undesirable (Shelly) appears to be the Fox at first glance.  Five minutes of viewing is all that is needed to reveal this girl is unfathomably abrasive, and in no way qualifies as the Fox (blight against humanity, maybe – but not a fox).  So, false alarm– the delicate balance has not been upset.

JOSIE AND THE PUSSYCATS 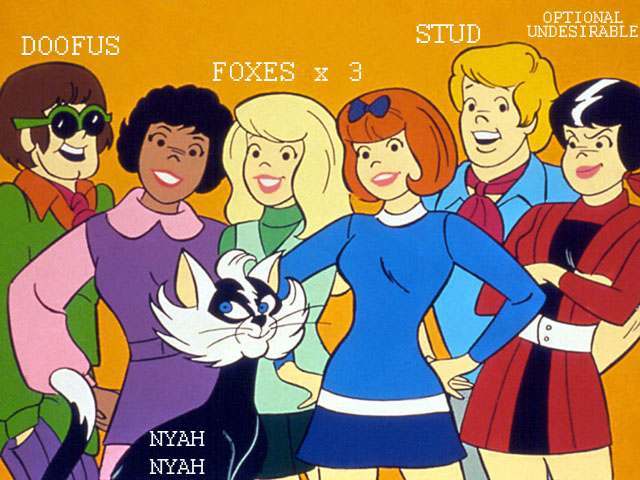 Although Josie predates Scooby, the TV show came after.  The Stud here is so ridiculously similar to Fred, that he even wears an ascot.  Plus, the Doofus is voiced by the same guy who did Shaggy (Casey Kasem)!  Plagiarism has never been so bold and yet so groovy.

We could go on all day – there’s plenty more examples (The New Schmoo Show, Rickety Rocket, Clue Club, etc.), but I think you get the drift.  Then, one day, almost overnight, the “Three Kids and a Nyah Nyah” motif was gone.  As quickly as it had arrived, it disappeared forever…or did it? 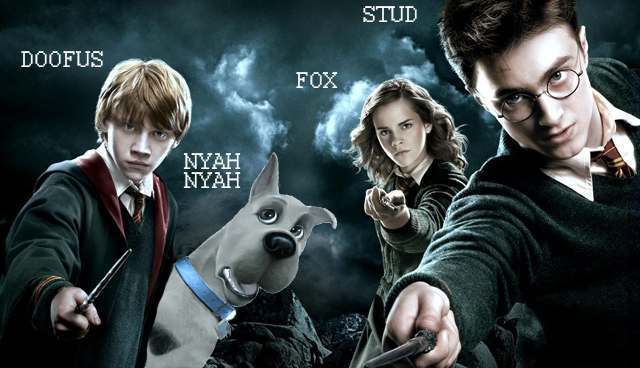 Oh, so very close.  All it needed was the Nyah-Nyah and those meddling kids would’ve been back once again. 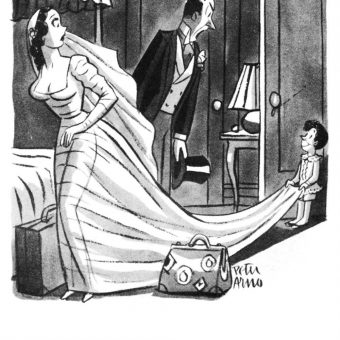