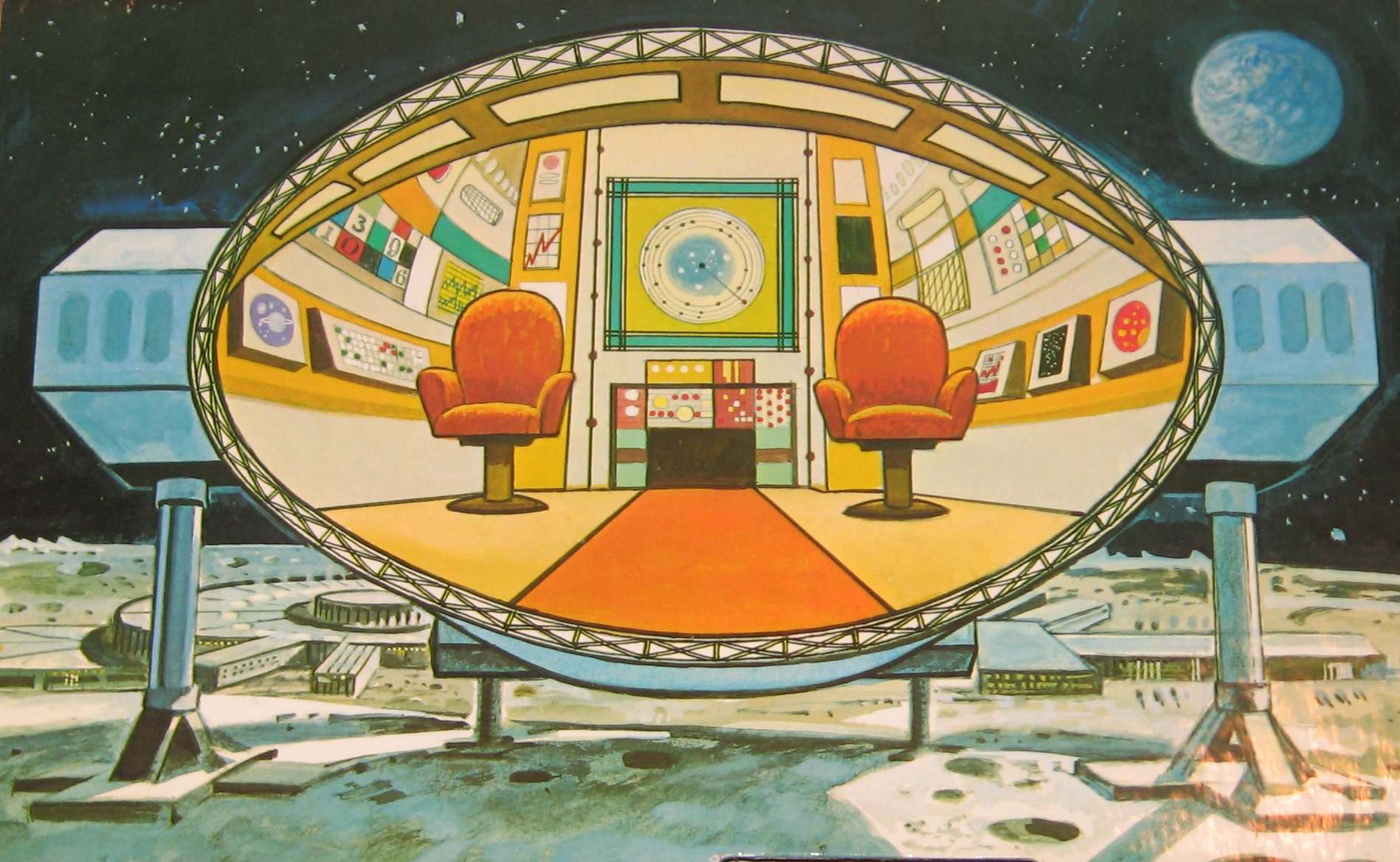 Last week here on Flashbak, I remembered “Fotonovels” or “Photostories,” and tagged those publications as one way that kids of previous generations could remember the experience of their favorite movie or TV program in the pre-VCR age.

Today, I remember another popular item from the same time and having roughly the same purpose: the Colorform Adventure Set, or “Cartoon Kit” as it was sometimes known.  In broad terms, Colorforms sets consist of vinyl-sheet figures, ships, or objects, and a cardboard background upon which they can be set, and re-set.

Colorforms were first created in 1951, and in 1957 the company began to license popular entertainment characters such as Popeye for their sets.

In the year 2000, the Toy Industry of America named Colorforms one of the best toys of the 20th century, and in 2011, Time Magazine named them as one of the 100 best toys “ever.”

Colorforms often came with brochures or booklets demonstrating for kids “one of the many” scenes they could make with their new toy.  And parents were informed, likewise that “your child now joins millions of others in the same age group in a happy growing experience.”

When I grew up in the seventies, Colorforms proved a key and constant element of childhood, and today I want to feature pictures from my home collection, and some of my very favorite sets. 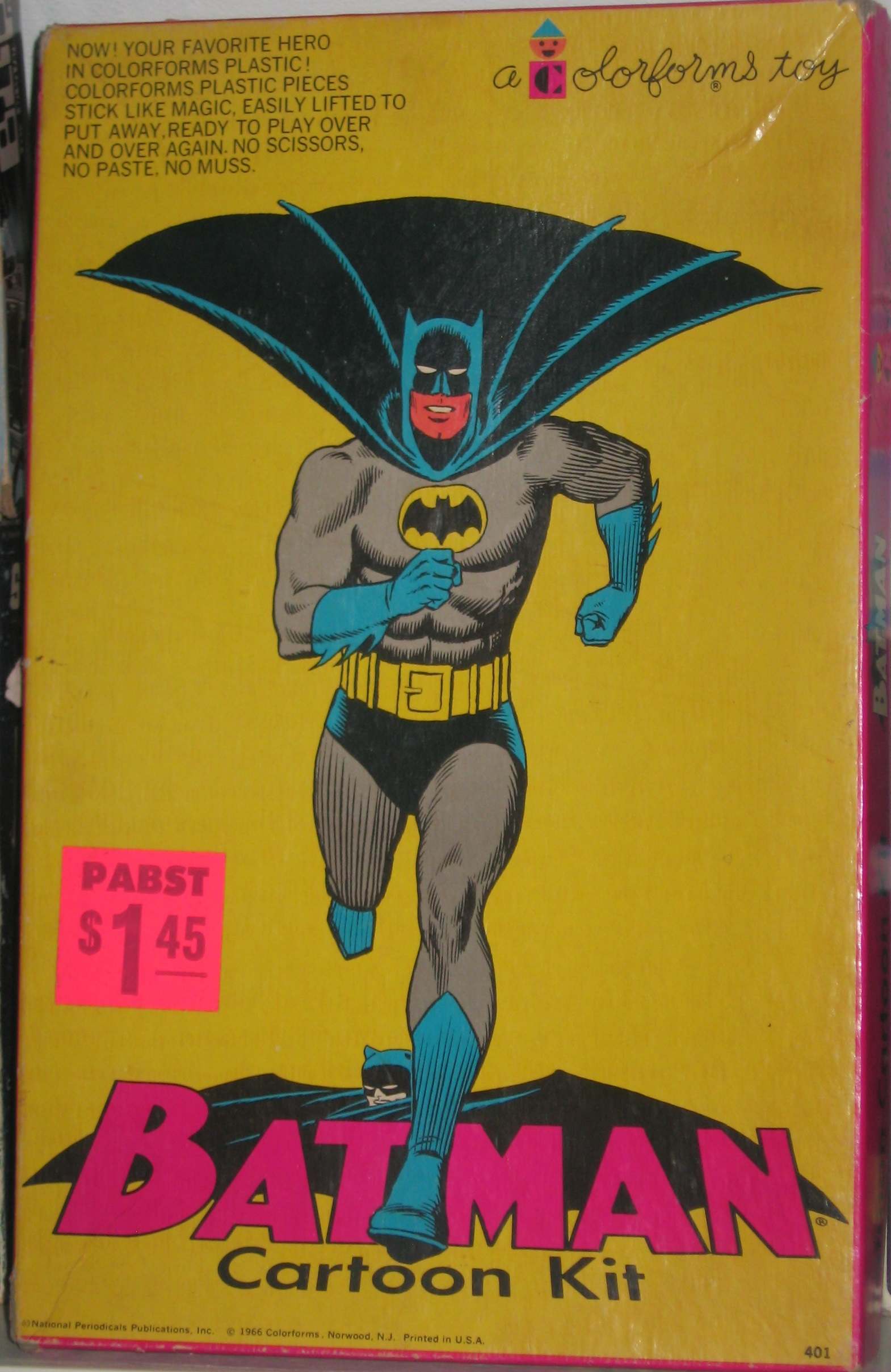 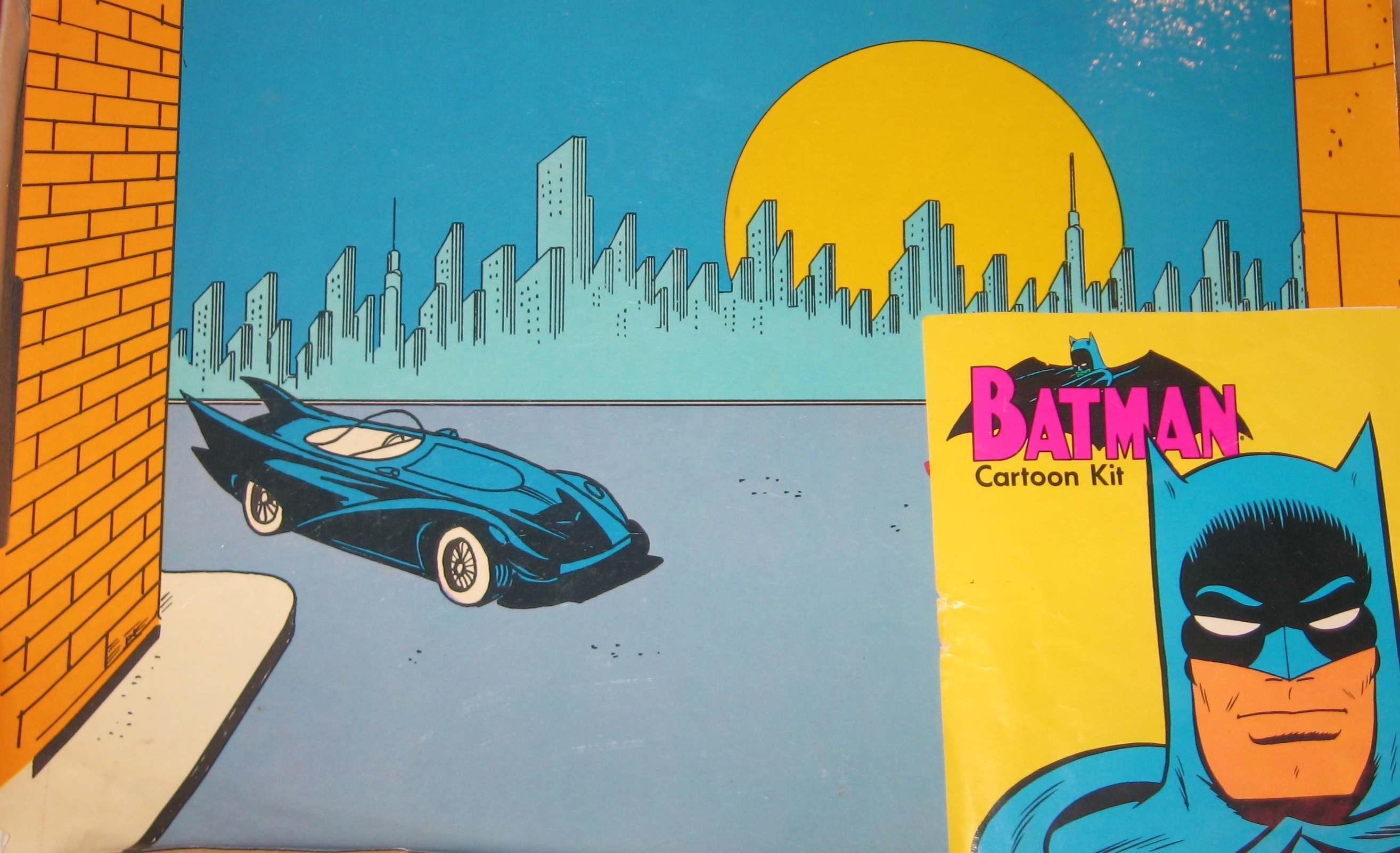 This kit features a backdrop of the Batmobile and Gotham City. Figures included are Batman, Robin, the Joker and the Penguin. 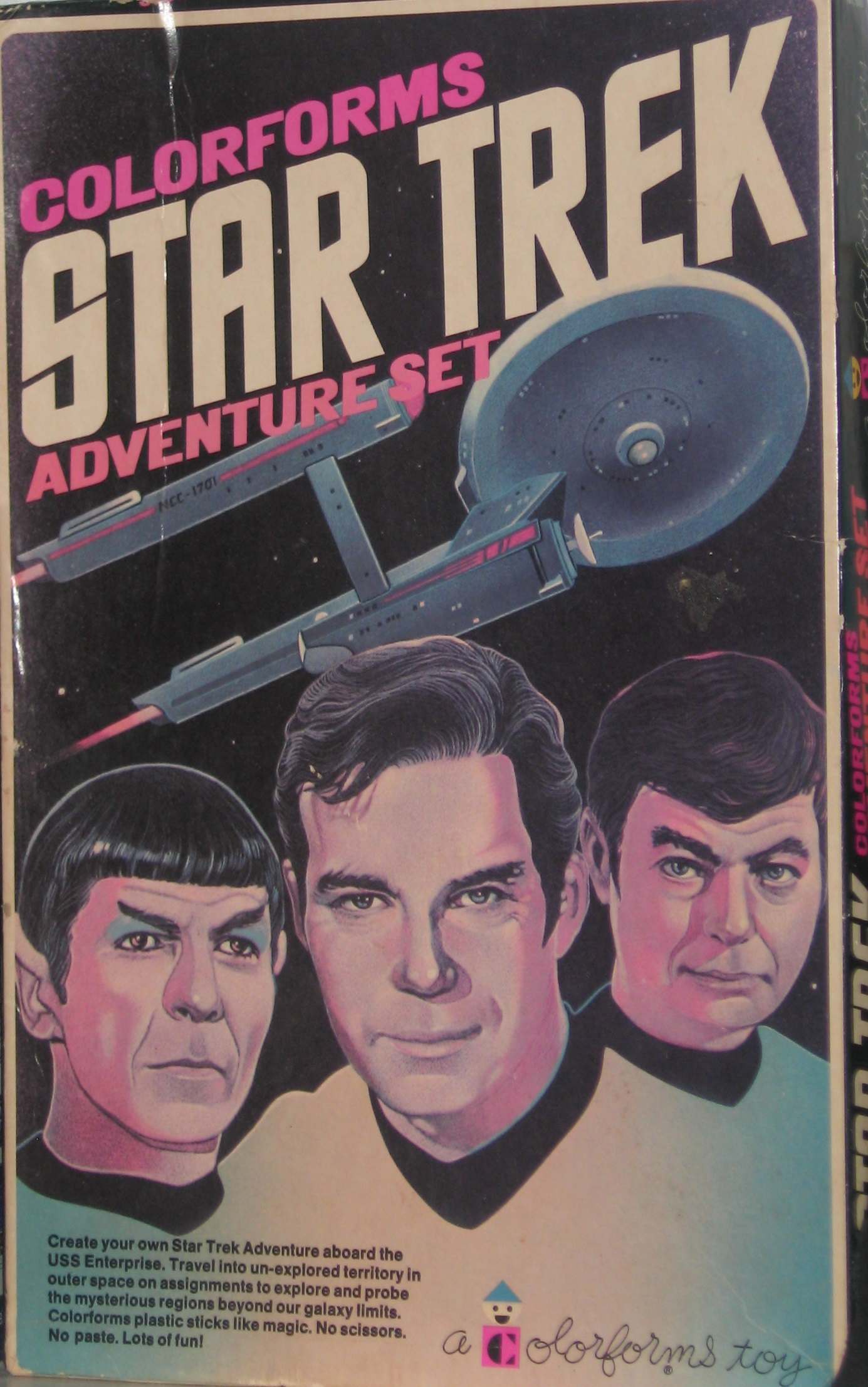 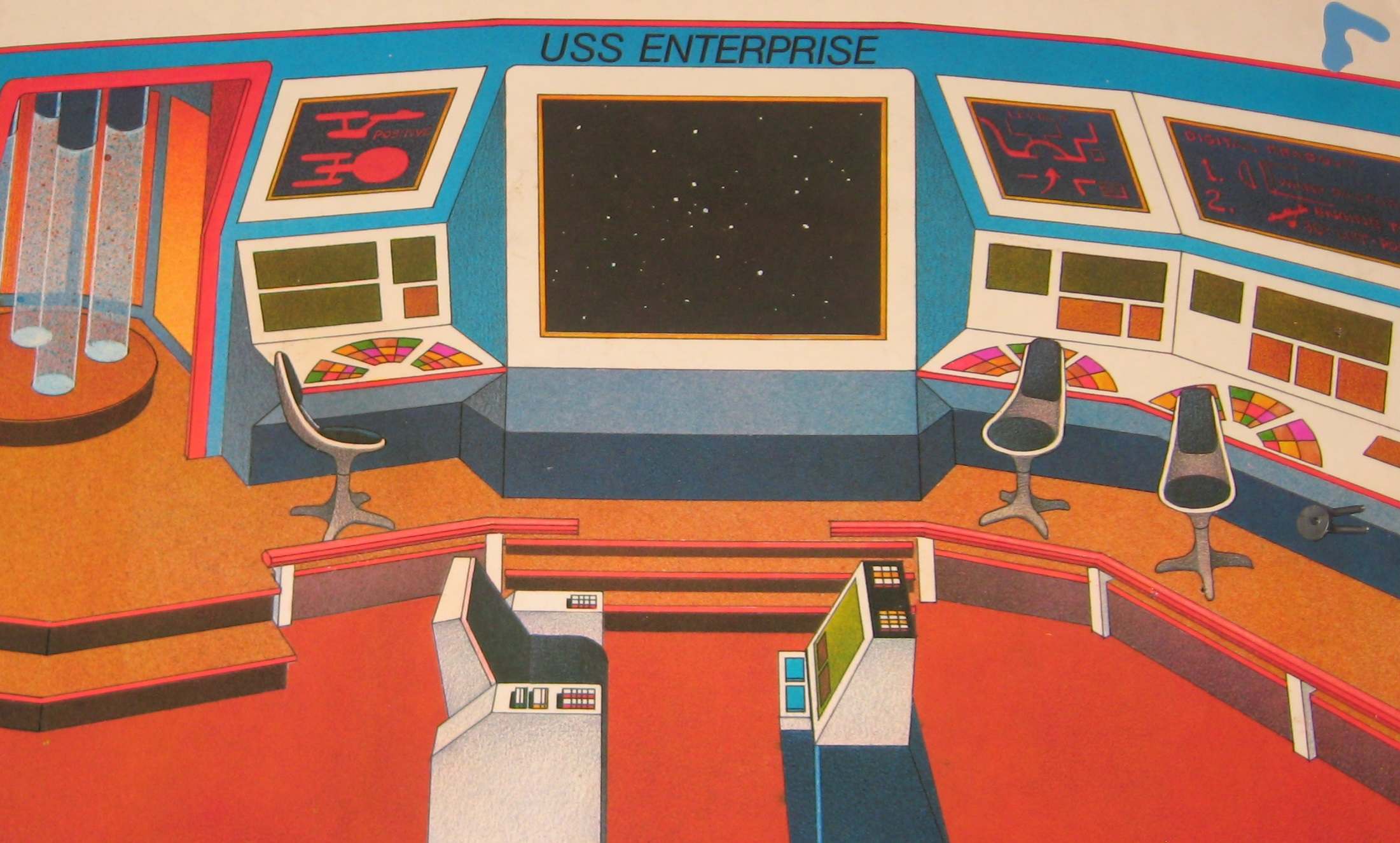 “Create your own Star Trek adventure aboard the U.S.S. Enterprise. Travel into un-explored territory in outer space on assignments to explore and probe the mysterious regions beyond our galaxy limits.”

This set features a (not terribly) accurate backdrop of the U.S.S. Enterprise bridge, including the Captain’s chair, and a transporter room (just next to the main view-screen)!

Vinyl figures include, Kirk, Spock, Bones and Lt Uhura, as well as a strange variation on Balok, the alien seen in the episode “The Corbomite Maneuver.” 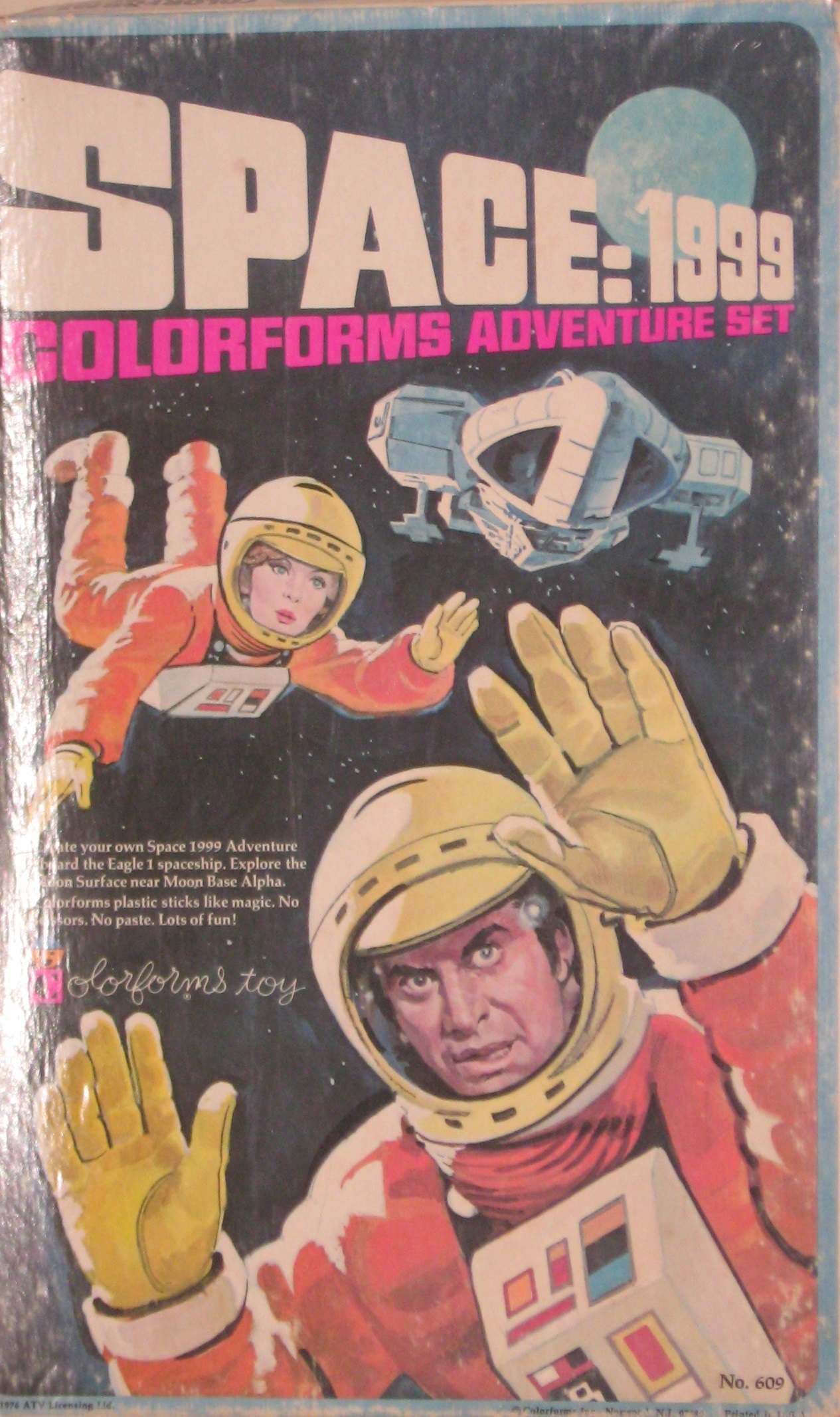 “Create your own Space: 1999 Adventure aboard the Eagle 1 spaceship. Explore the Moon Surface near Moon Base Alpha.”

This set based on the Gerry and Sylvia Anderson space spectacular features a cut-away view of an Eagle interior (with the Main Mission screen, oddly, placed where the door to another cabin should be). 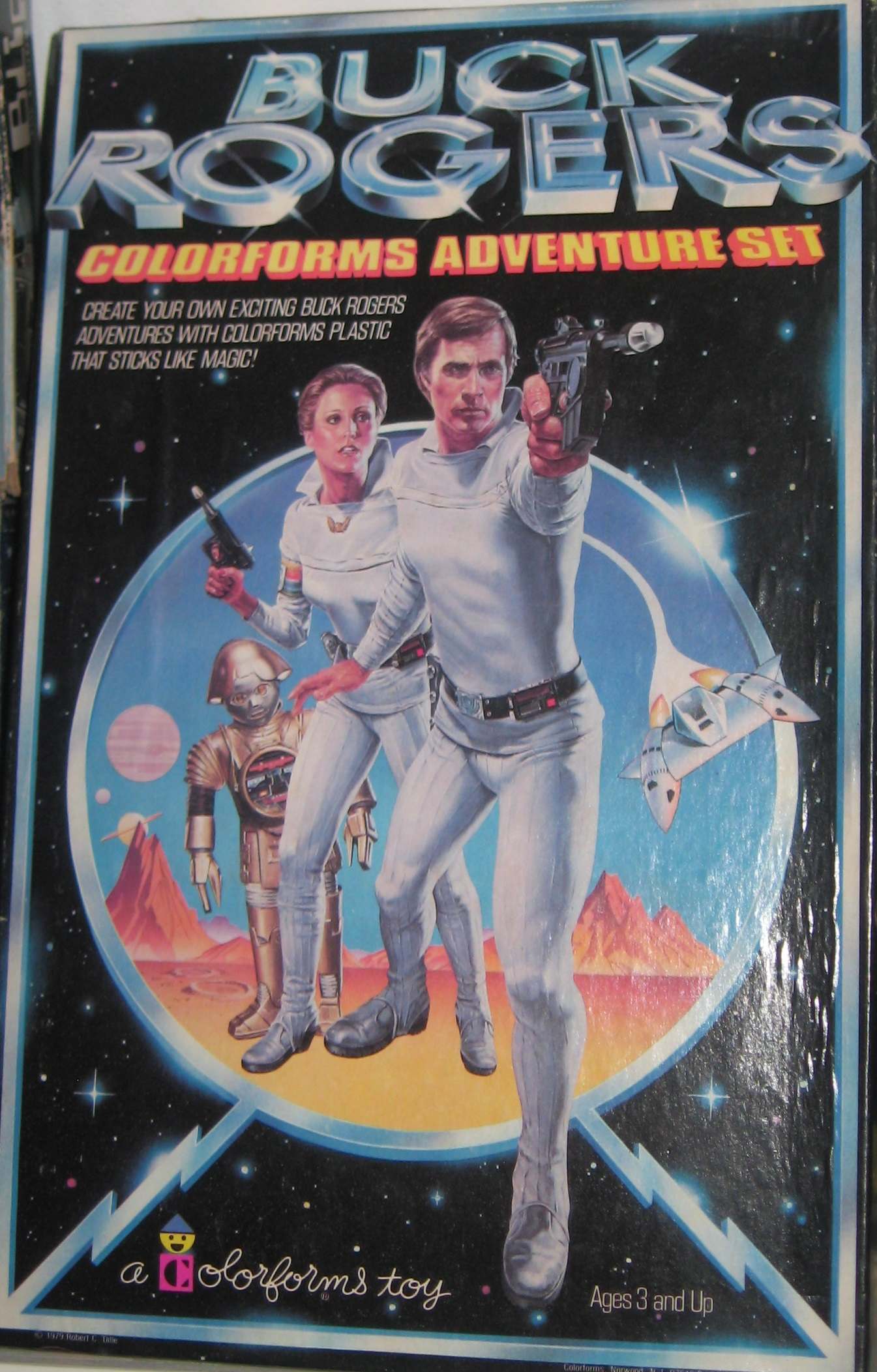 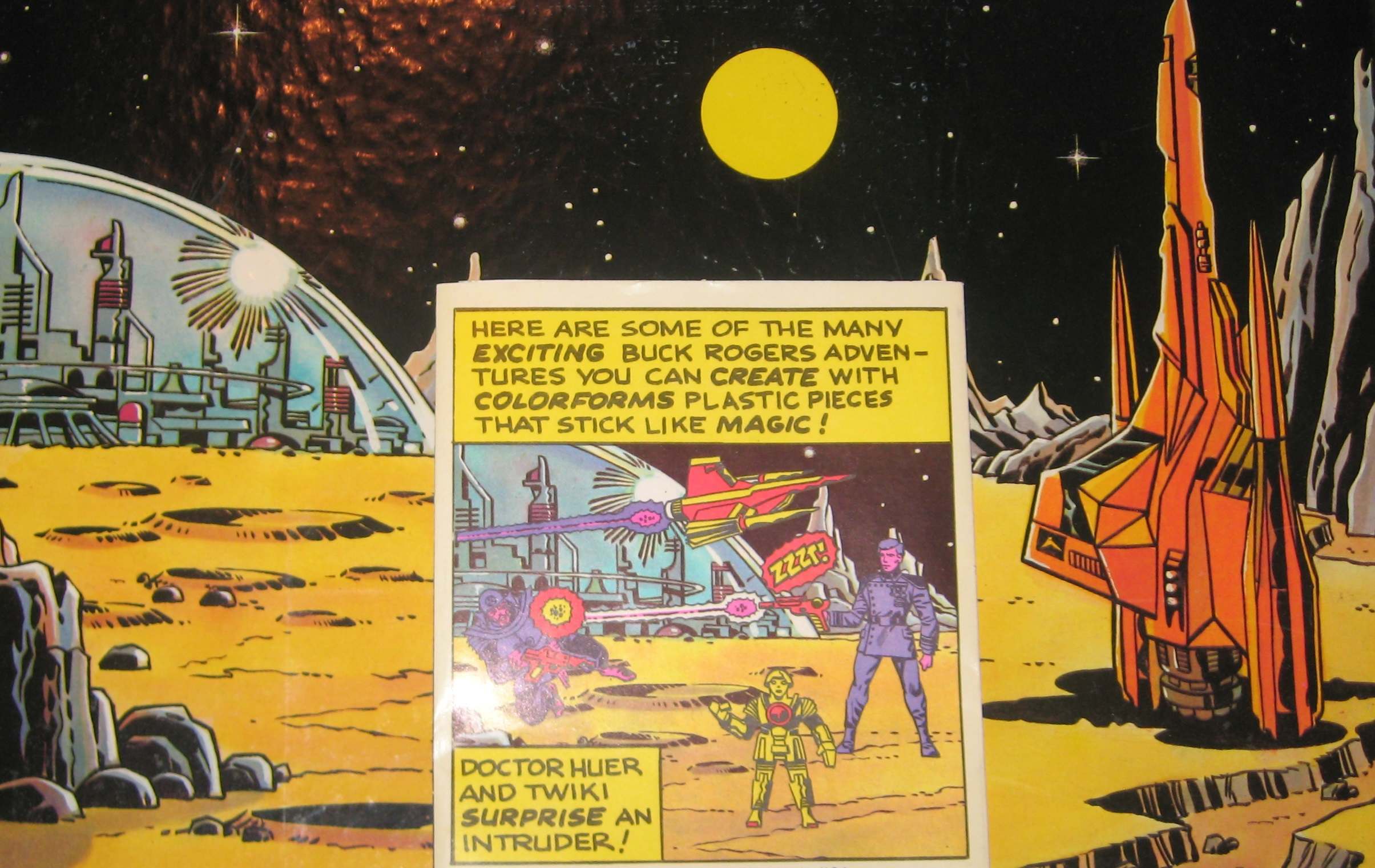 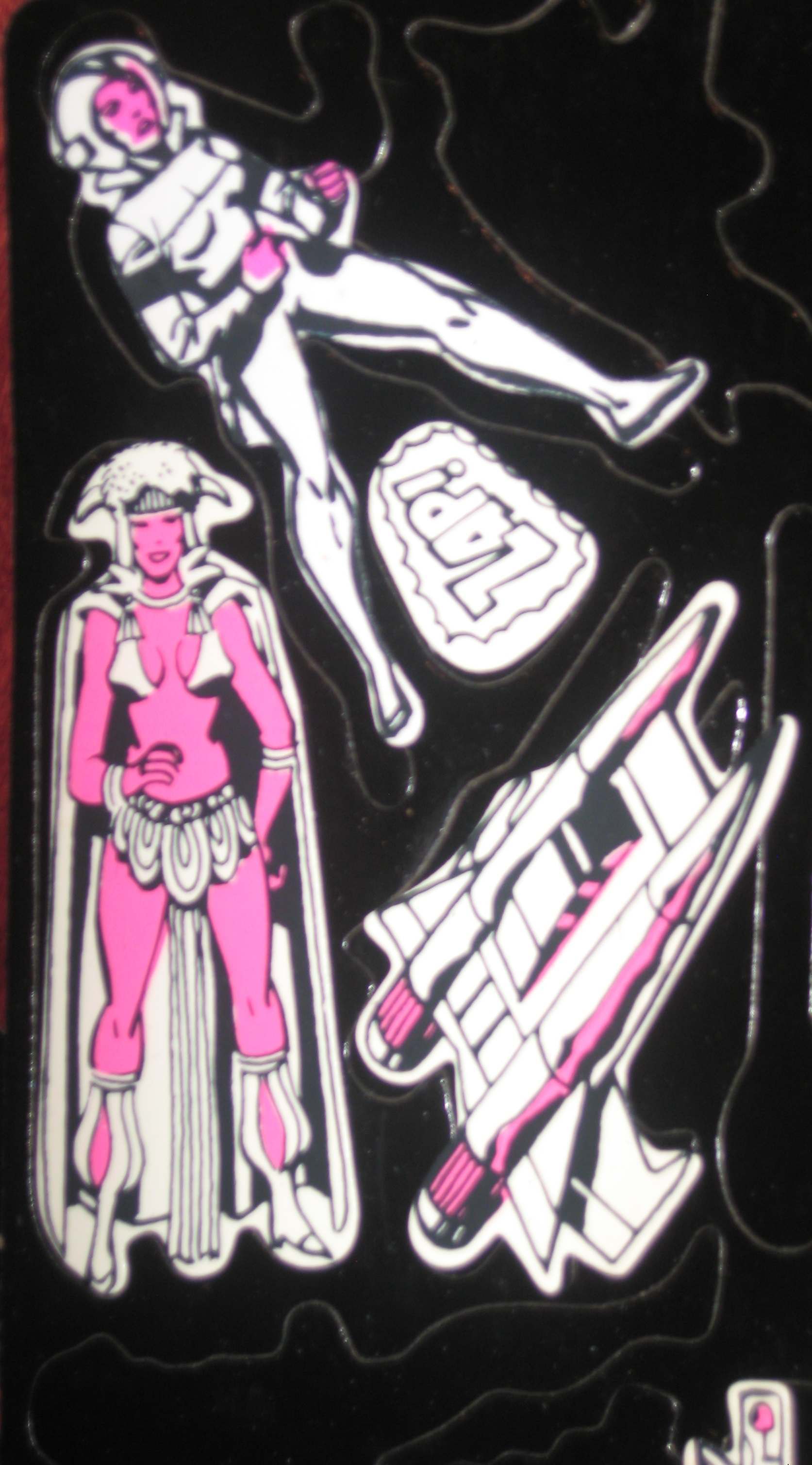 “Create your own exciting Buck Rogers adventures with Colorforms plastic that sticks like magic!”

The backdrop is a strange planetary surface, with a Marauder standing vertically on the far right side. In the TV series, the ship never landed or took off in this configuration. 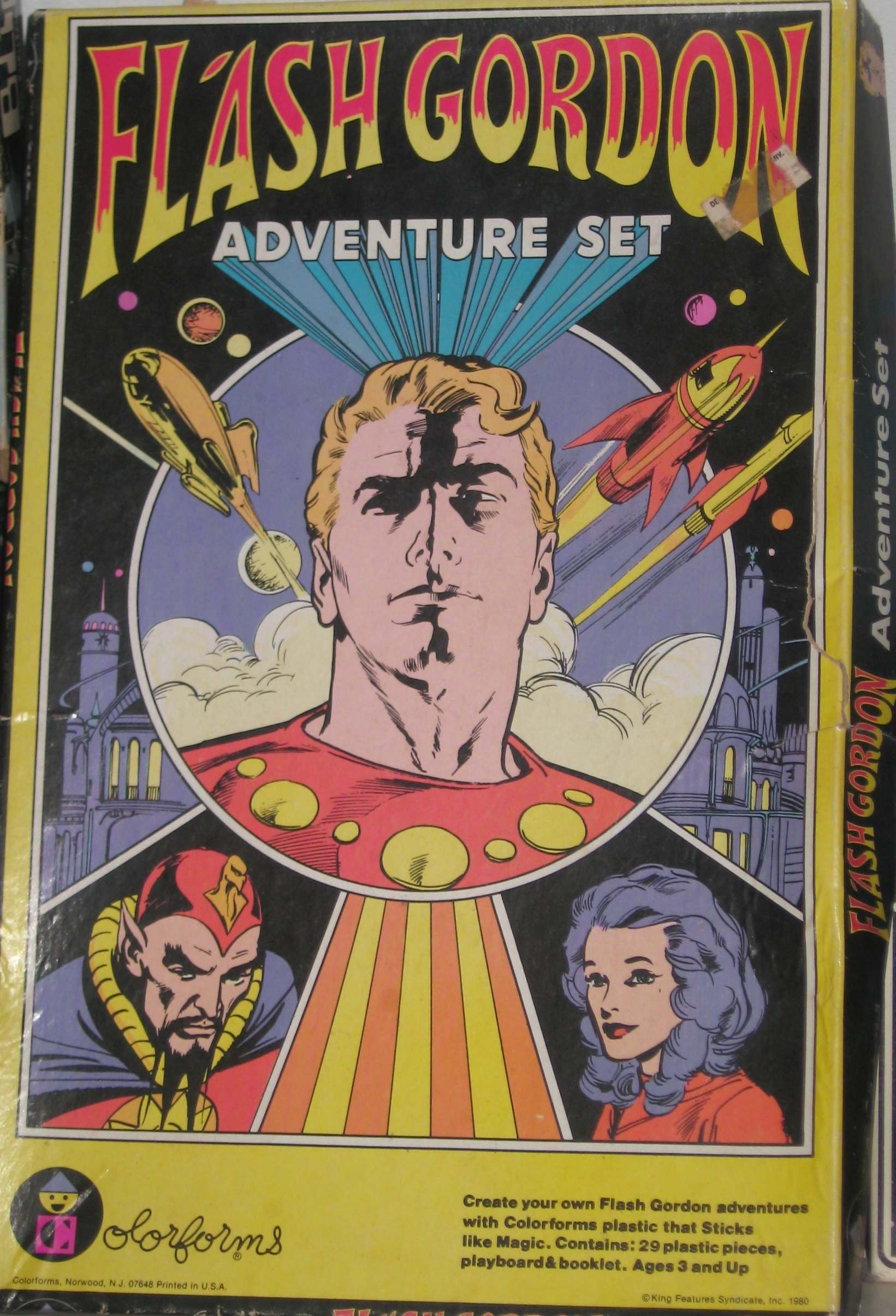 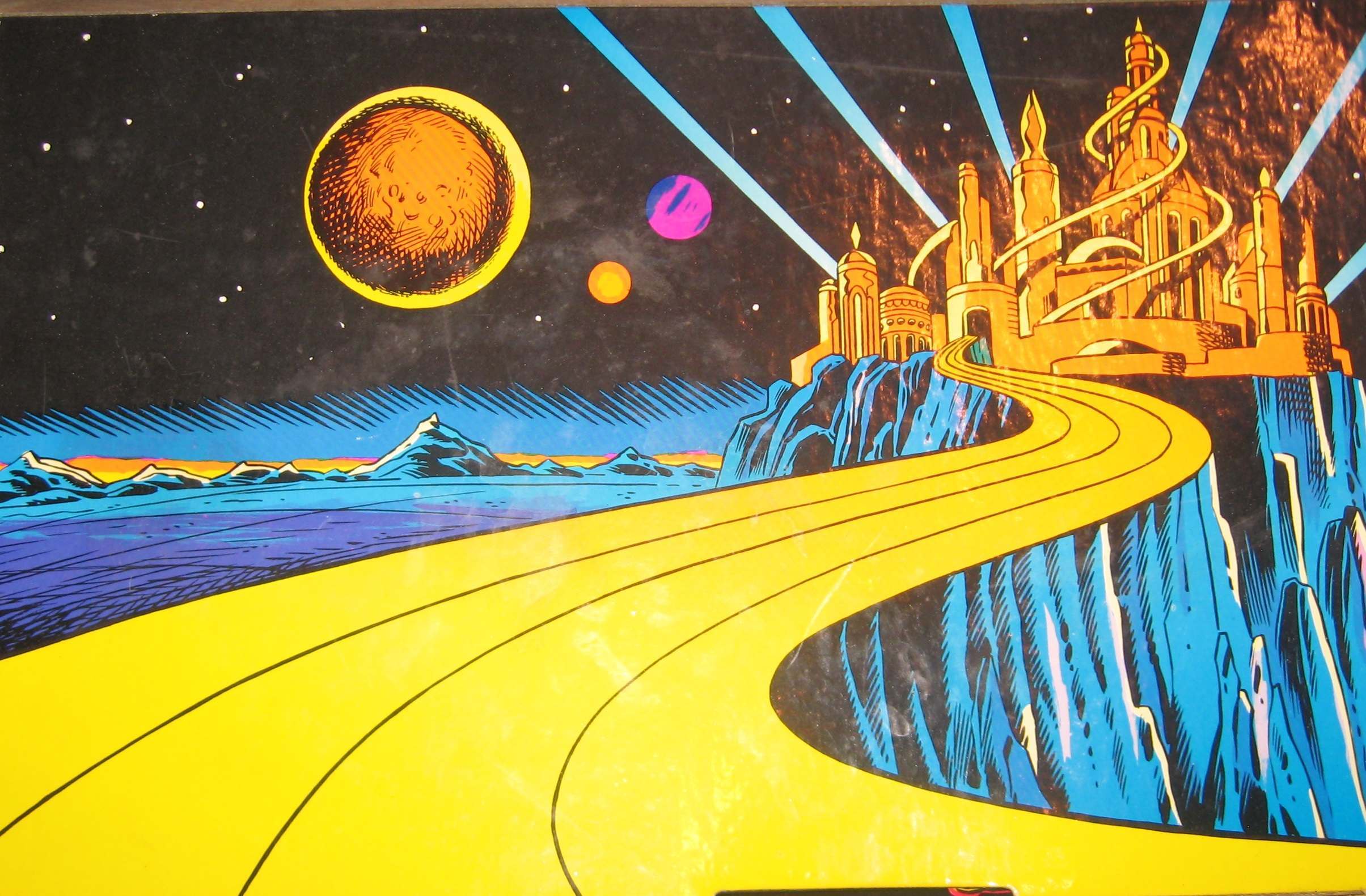 “Create your own Flash Gordon adventures with Colorforms plastic that Sticks like Magic.”

Although not based on the Dino De Laurentiis film but rather the Buster Crabbe serials, this 1930s Flash Gordon kit is still an amazing collectible. Vinyl figures include Ming the Merciless in blue, his laser-armed soldiers, plus Dale Arden and Dr. Zarkoff.