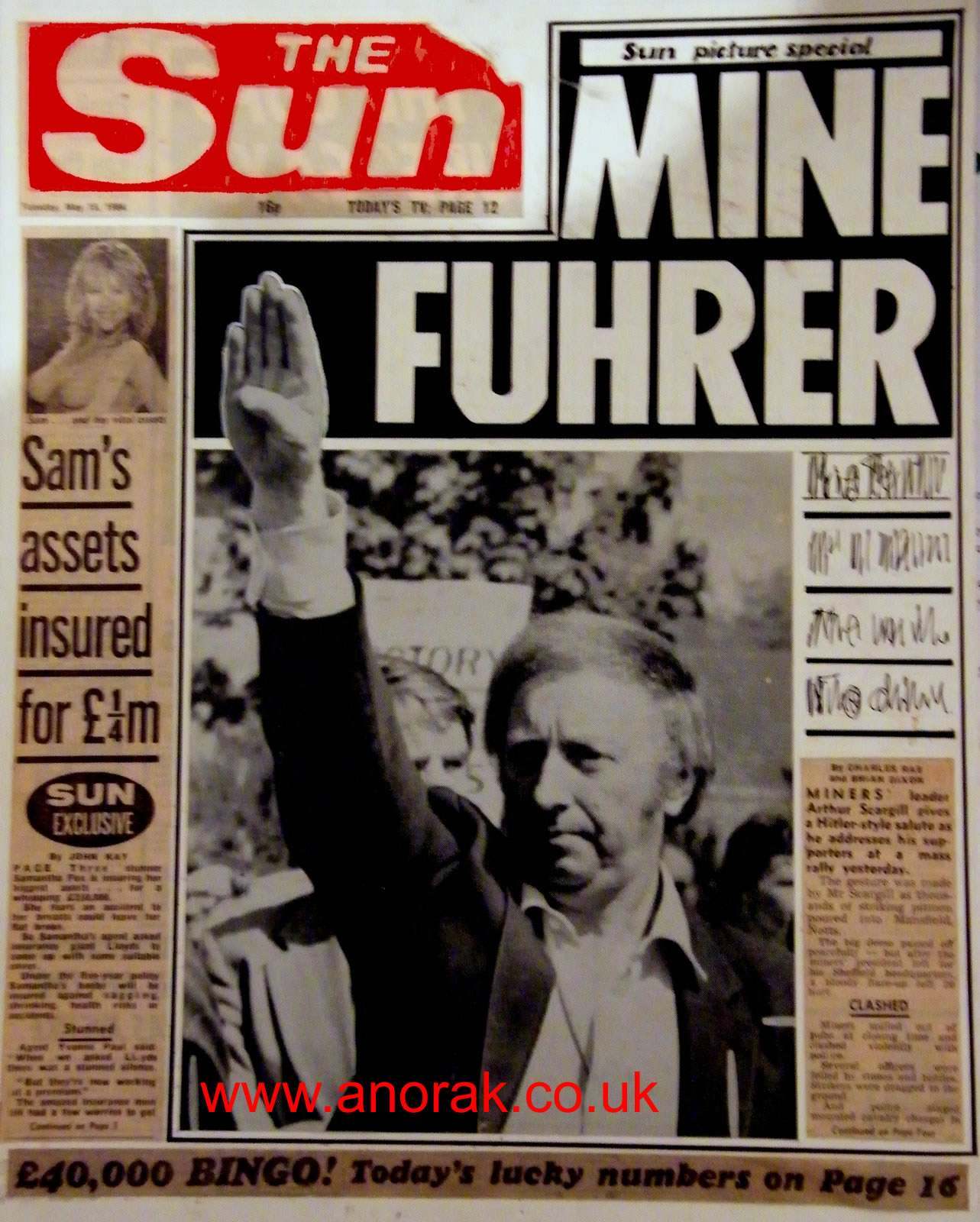 THE Sun newspaper is 40 years old this year. Brendan Montague looks back at a headline that never made it into the retrospective issue. Your writer once presented a feature on the BBC about tabloid journalism’s front pages. I never saw this one in the British Library’s exhibit. Brendan explains:

THE EVIL Sun front page showing NUM leader Arthur Scargill apparently giving a Nazi salute under the headline “Mine Fuhrer” has been revealed for the first time.

The-sauce.org has secured a world exclusive from a former mole at the News International printing plant in London’s Bouverie Street.

The leak comes 25 years to the day after the hard-right tabloid first tried to tar the Marxist union leader as a Nazi.

The Sun front page never made the light of day.

Union members at the printers refused to publish the filthy slur and instead humiliated bullying editor Kelvin McKenzie.

They publicly shamed him by running across the splash: “Members of all The Sun production chapels refused to handle the Arthur Scargill picture and major headline on our lead story.

“The Sun has decided, reluctantly, to print the paper without either.”

It was May 1984 and the height of the historic miners’ strike.

At the same time, the print unions were showing striking miners around the presses – and raising cash to fund the industrial action.

The printers knew if the miners lost they would be next.

He was a member of the NUJ and the hard-left Socialist Workers’ Party. He would have screaming rows with the editor. 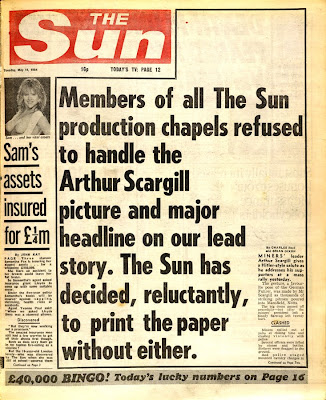 Yesterday, from his home in the south of France, he told the-sauce.org: “The picture came through John Brown of the National Geographic Association and he refused to touch it.

“Arthur was waving to someone – there was no salute. A huge shock wave went through the offices when we stopped the page. We just wound not set that headline.”

“It made us all feel incredibly powerful. I felt great. I went into the NGA art department and mocked up what the front page the editor wanted, just to see what it would have looked like.”

LIES
The final front page that went out that day was to become the high water mark in union militancy and journalistic accountability.

Almost as soon as the ink was dry Murdoch launched his secret plot to buy Wapping and lock out the print unions – leaving 5,000 highly paid workers out of a job.

The smashing of the print unions two years later opened the way to destroy any NUJ chapels at the company, and slowly but surely sack reporters to make even more cash.

Now reporters have no way of stopping their editors printing lies, distortion and celebrity nonsense.

Duke added: “When the miners were defeated we knew we were done for – they would come for us. That was the beginning of the end for journalism in this country.”

Brendan blogs at The Sauce 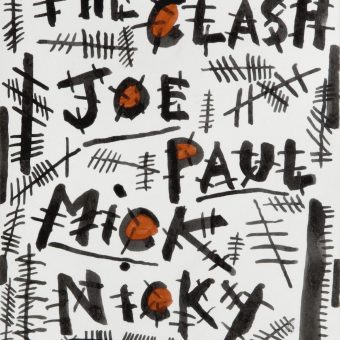 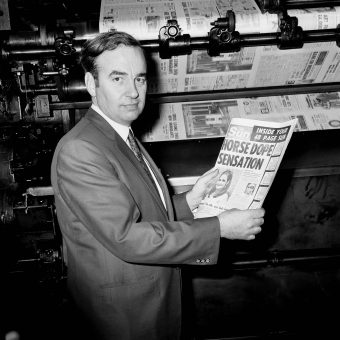 1971: The Times Features Vivien Neves, The First Nude To Appear In A British Newspaper