“Steve Austin … astronaut … a man barely alive. Gentlemen, we can rebuild him. We have the technology. We have the capability to make the world’s first bionic man. Steve Austin will be that man. Better than he was before …better, stronger, faster” – Oscar Goldman speaks the intro to TV’s The 6 Million Dollar Man. 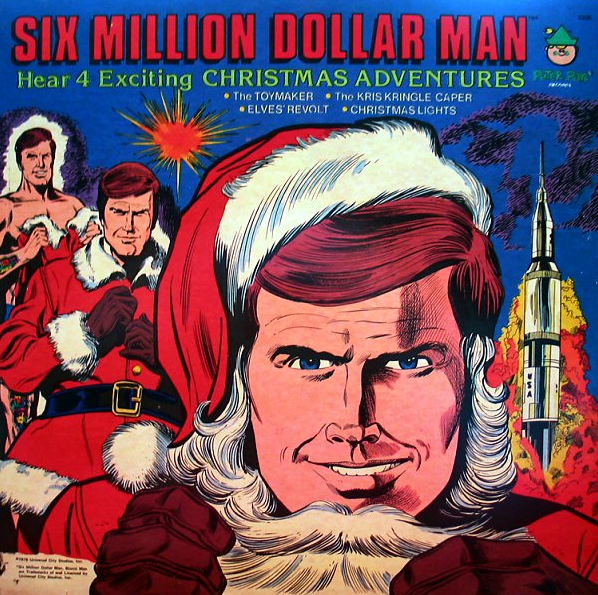 Each LP came with a copy of the script in comic book form. “It’s Fun To Read As You Hear,” promised the cover.

Two volumes of the LPS were followed by four extraordinary Christmas-themed adventures on 7″ discs.

The Bionic Man had spawned all manner of merchandise: 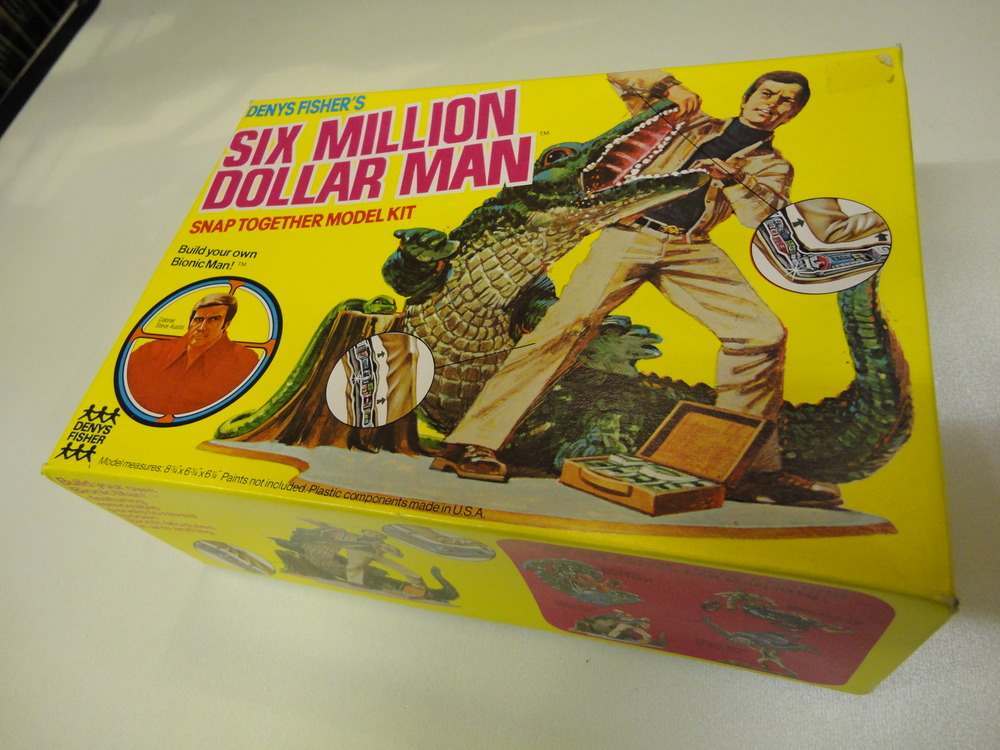 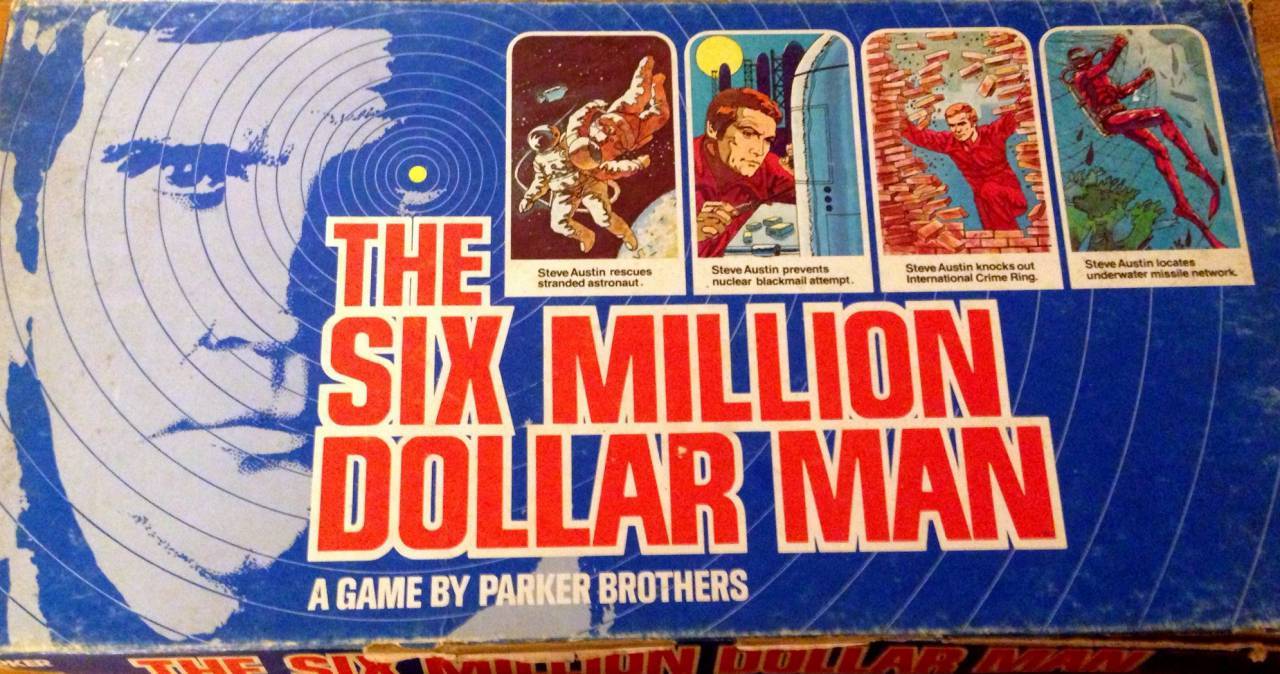 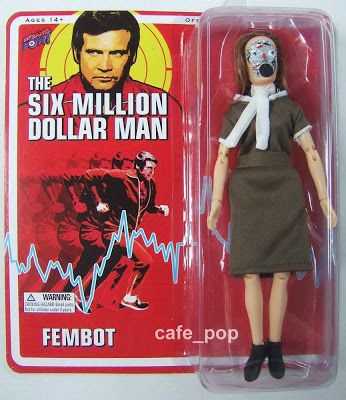 Steve even got a love interest. 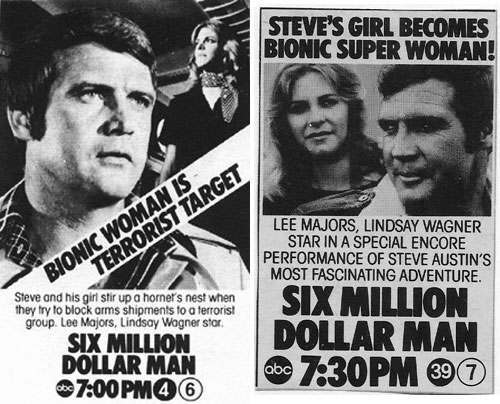 The show looked good. And it sounded great. This was the TV series with one of the great intros:

Every one of Steve’s bionic moves was a sound of wonder.

And, of course, the Bionic Jump.

Fans would love the albums. 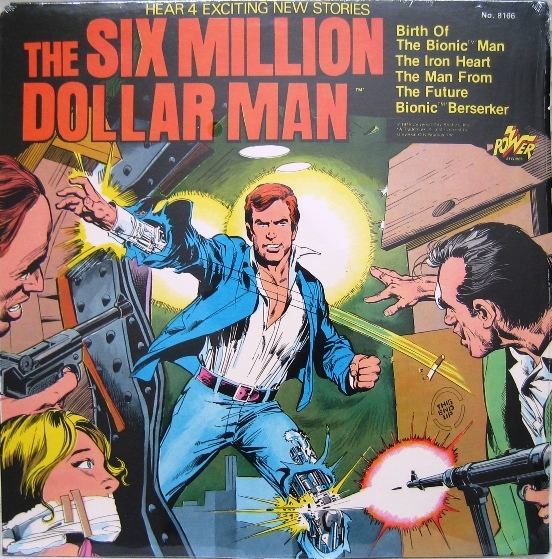 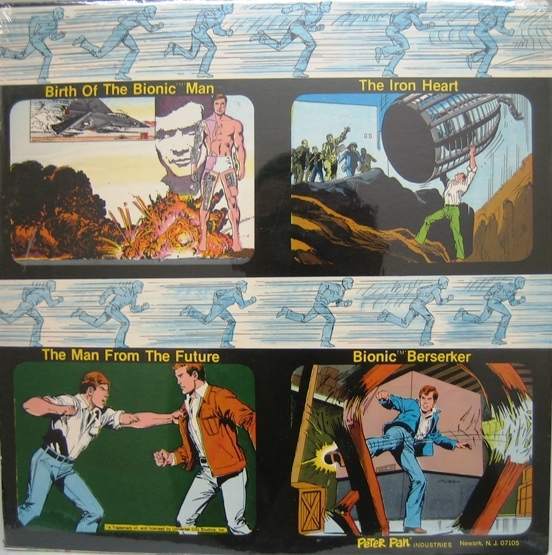 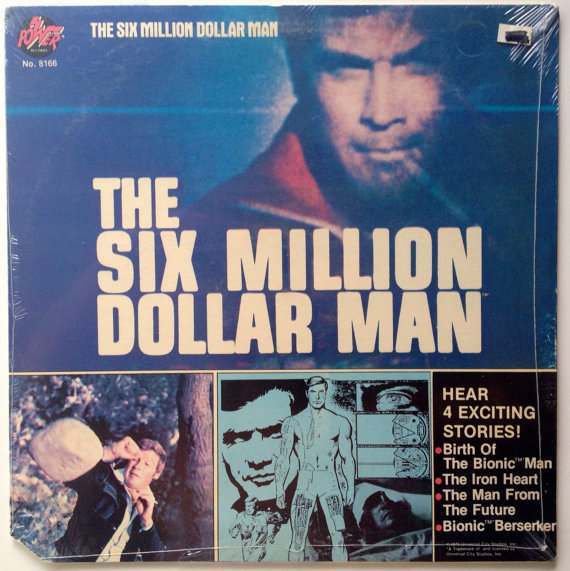 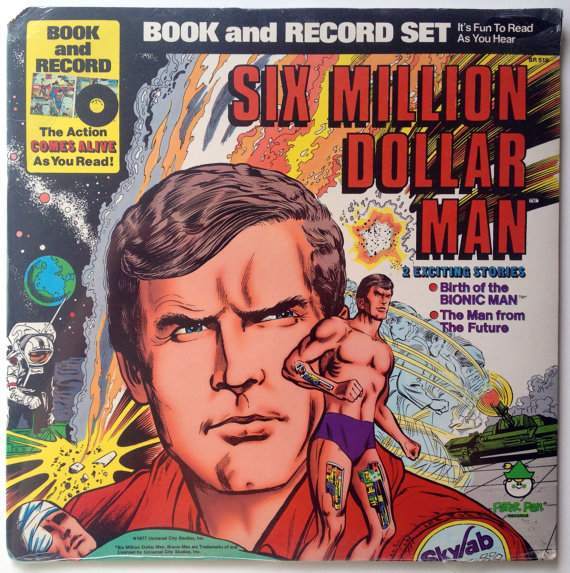 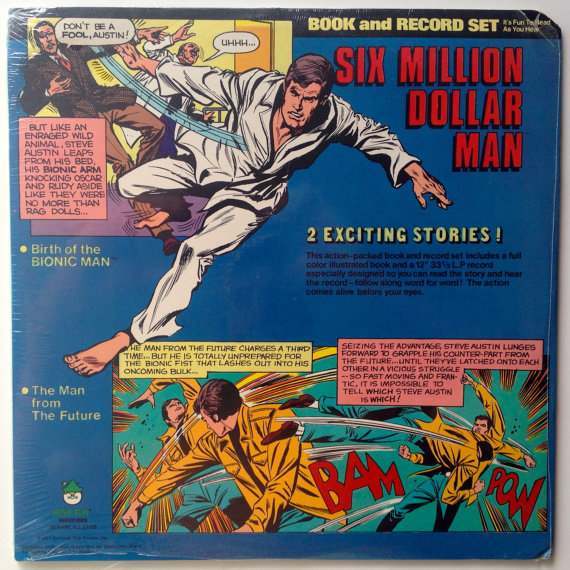 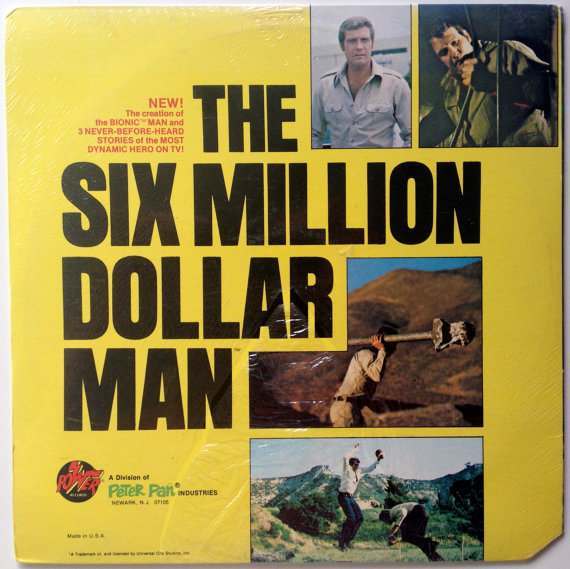 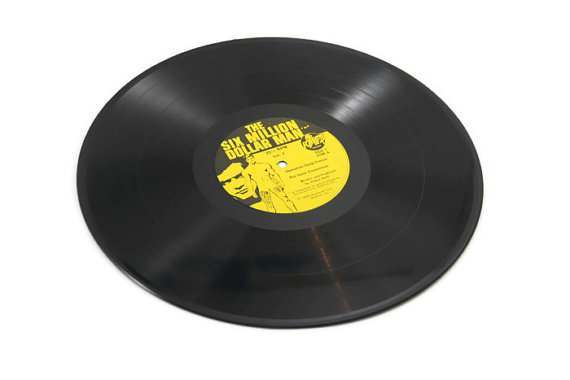 The titles were: The Toymaker, The Kris Kringle Kaper, Christmas Lights and Elves’ Revolt.

The Bionic Wikia outlines the plot to the tale of elvish insurrection. And, remember, nothing was too far-fetched for Steve Austin, the astronaut-turned-superhero spy who had defeated Bigfoot (played by Andre The Giant): 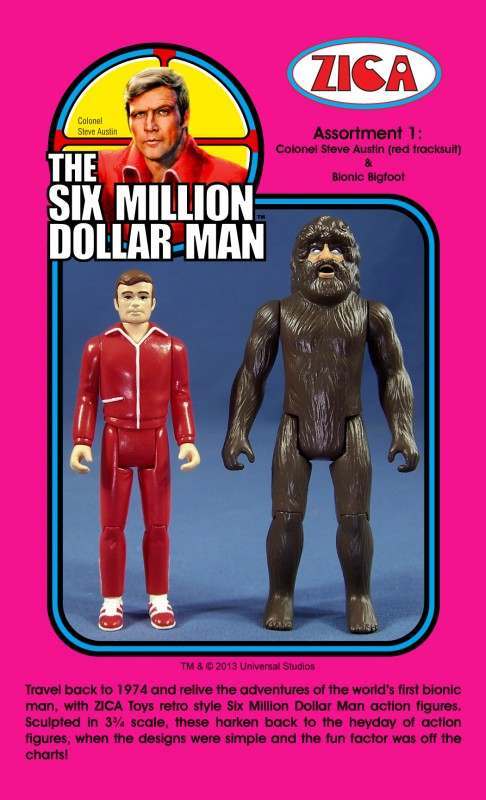 Steve discovers that Santa’s elves are in a labor dispute with their boss. Complaining of low wages and bad working conditions, they go an strike. Their picket line is formed by a terrorist elf named Ramat, whose scheme to bring Santa to the bargaining table involves melting the polar ice cap. Getting a report from the National Weather Service that the ice cap is melting at a rate of 1°/hour, Steve and Oscar rush to the North Pole to see if there’s anything they can do to reverse the process. If not, the majority of the northern hemisphere will be covered in water by Christmas. However, they are soon captured by Ramat and can do little more than talk to their fellow captive, Santa Claus, about his union problems. In the end, the foreman of the elves comes to his senses and orders his men to stop Ramat. When they do so, they are able to diffuse all the heating elements Ramat had placed, and the two sides of the labor dispute reconcile. This story directly contradicts the assertion of Population Zero that cold negatively affects bionic performance.

Now grab your comic book, kids, and listen in: