From Poster, 1977. Note Ford signed the front of the shirt

I am indebted to IG pal and fan of this blog Kjell Magnusson for this 1977 magazine photo of The Runaways’ guitarist Lita Ford presenting her I Groaned With Pain t-shirt for a raffle in Swedish teen title Poster. 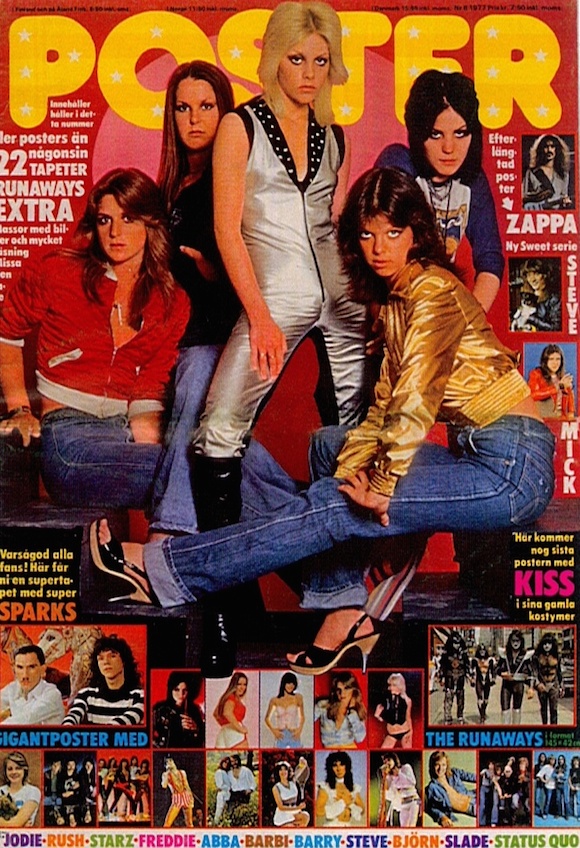 The panel offering the raffle prizes for Poster readers

In the light of the revelations about the abusive nature of the group’s relationship with the late, unwholesome manager Kim Fowley, Ford’s choice of item for the Poster magazine raffle was less seamy than those made for vocalist Cherie Currie and bass-player Jackie Fox, whose knickers were donated (guitarist Joan Jett sensibly chose a bracelet and drummer Sandy West a miniature drumstick). 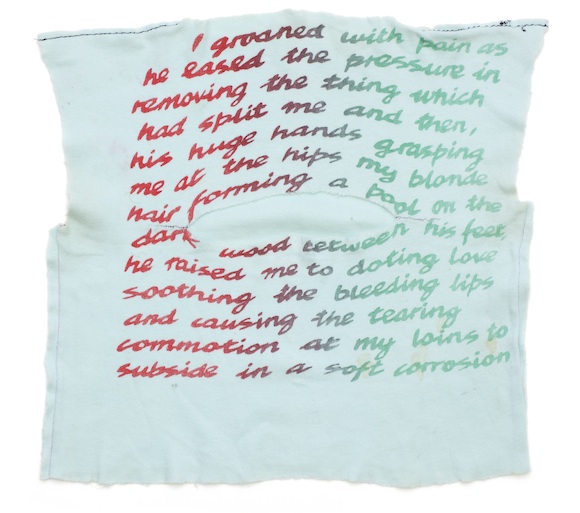 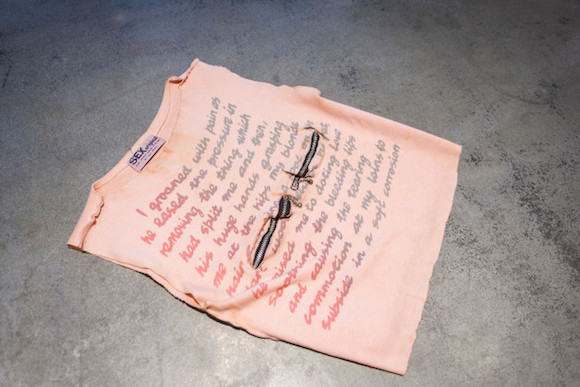 The I Groaned shirt is one of the series with zips designed by Malcolm McLaren and Vivienne Westwood and sold through their outlet Sex at 430 King’s Road between 1974 and 1976. The shirt was favoured by female performers of the period, including Viv Albertine, Little Nell Campbell and Chrissie Hynde.

There were two variants of the design. One is a very early deliberately ripped example produced in mid-1974 when 430 King’s Road was between names (the decision had been taken to abandon the previous title Too Fast To Live Too Young To Die).

This is why it doesn’t have a label. McLaren had yet to design the distinctive “SEX Original’ woven blue-on-pink tag, which was manufactured under his instructions by a supplier in Portugal.

The other shirt is the same type as Ford’s and does have a label. 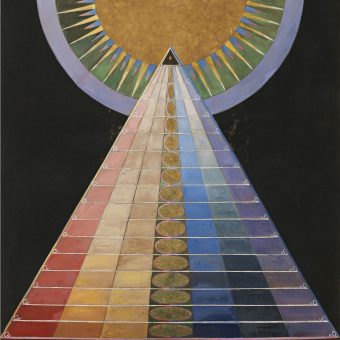 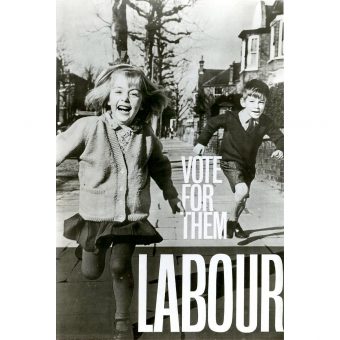