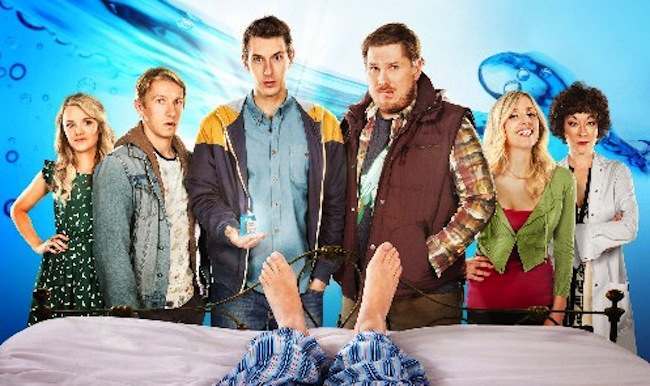 THE shows they loved to hate:

The BBC is under fire again – this time for its new sitcom Way To Go, which finds humour in the subject of assisted suicide. It comes hot on the heels of a tabloid fury over Channel 4’s Big Fat Quiz of the Year, in which jaded drunken luvvies made tedious jokes about the Queen.

The complaints, as ever, come flooding in, but there’s a sense of going through the motions. We here at Anorak yearn for some real outrage. The sort you got in the good old days of tweed jackets, cottaging, animal-strangling, urine-drinking and blasphemy…

Til Death Us Do Part

Nowadays Alf Garnett, Johnny Speight’s caricature of a working class Tory, is a byword for casual racism. In the 1960s, however, it was his swearing – or “blue language” – that exercised the professionally outraged as they inundated the BBC switchboard. Mary Whitehouse repeatedly condemned the show as an example of the BBC’s supposedly dubious morality, and sued Speight for libel. Speight in turn got his revenge by giving Whitehouse’s book an unwelcome plug…

Monty Python regularly inserted their own complaining letters into the programme itself, and sketches were often amended or censored before transmission. ‘Wee-Wee Wine Tasting’, for example, involved a man taking a tour of a wine cellar and drinking samples which are actually urine, not wine. It was dropped following objections by both John Cleese and the BBC. References to hobbies such as masturbation and strangling animals were also deemed unsuitable. But by far the biggest number of complaints were for the team’s third feature film, the Life of Brian, which was attacked and banned not for its poor quality, but for its supposed blasphemy.

Homosexuality was illegal for most of the 1960s, so Julian and Sandy, the show’s gay couple, relied principally on Polari (gay slang) that trusty British standby: the double entendre. The results provided some of the filthiest material ever broadcast.

Round the Horne’s risqué content provoked a constant battle with moralists and censors at the time, including Mary Whitehouse and Cecil Smith, but BBC Director General of the time, Hugh Greene stood by the show and refused to ask the writers and actors to tone it down.

Are You Being Served?

Where Kenneth Williams led, Larry Grayson followed. And after Larry came John Inman. Are You Being Served had no time for anything as subtle as a double entendre. The programme was popular with the mainstream audience, but not with The Guardian, which published an article decrying the smut being forced upon impressionable children, and the awkward questions they inevitably asked. This was the 1970s and single entendre was the order of the day. A gay man prancing around, bold as brass, and a middle-aged lady talking loudly about her, er, cat…

Not a John Inman sitcom, sadly, but the notorious words uttered by Julian Clary at the 1993 British Comedy Awards. National outrage and tabloid meltdown ensued, with the Sun’s Garry Bushell campaigning to have him banned from television.

Chris Morris’s broadside featured Phil Collins in the ‘Nonce-sense’ cap, Dr Fox explaining how paedos share DNA with crabs, and a series of excruciatingly near-the-knuckle satires on the media frenzy that was brewing in Britain at the start of the 21st century. Channel 4 received about 3,000 complaints, plus the condemnations of rent-a-quote politicians, most of whom hadn’t seen it.

Tellingly, two of the newspapers most hostile to the programme accompanied their attacks with stories that couldn’t have made Morris’s point more clearly. The Mail showed the “bikini princesses” Beatrice (13) and Eugenie (11), while the Star, beside its howl of outrage against Morris, showed 15-year-old Charlotte Church in a clinging top, with the caption: “She’s a big girl now … chest swell!”

Probably the most complained about comedy of all time, including threats from radical Muslims about its treatment of the Prophet Mohammed. Here’s a cameo appearance by the gang in the only film that could possibly challenge them for shock value: The Aristocrats.

The surprising thing about this bizarre show is not that it was dropped after the pilot episode, but the fact that the pilot was made in the first place. A parody of 1950s American sitcoms, complete with canned laughter and, wait for it… Adolf Hitler and Eva Brown living next door to Arnie and Rosa Goldenstein. When the Galaxy channel was taken over by Sky, the series was unceremoniously axed, and the solitary existing episode has never been shown on TV since. Which is a shame, because it’s actually quite funny.

And finally, two shows that were axed live on-air during their first episode.

ABC’s 1969 show Turn On proved too heavy on the sex and politics for sponsors on many stations, who either dropped it at the commercial break or refused to air it at all in later time-zones.

Australia’s Funniest Home Video Show was a massive hit. Its spin-off, Australia’s Naughtiest Home Videos, less so. Kerry Packer, owner of Nine Network, phoned the studio operators and shouted: “Get that shit off the air!” Which they did at the next commercial break.