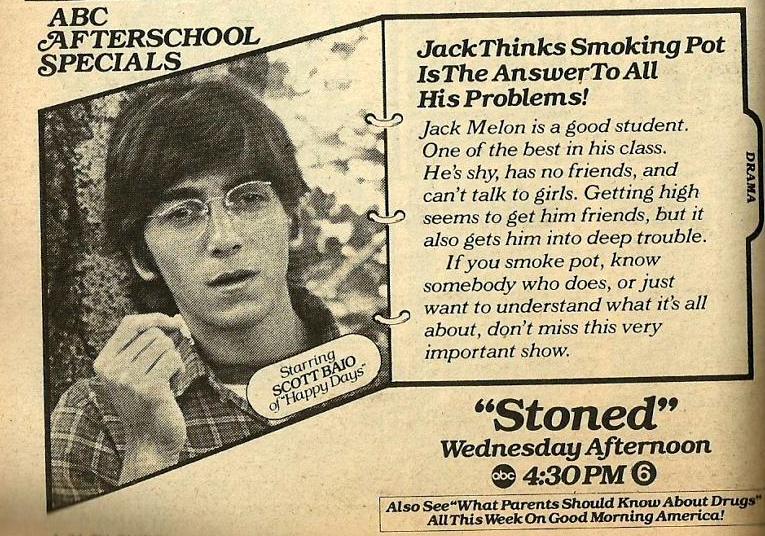 Television of the 1970s-80s was littered with drunk dads, pregnant teens, alcoholic stepmothers, mentally handicapped brothers, anorexic sisters, and pedophile neighbors…… and all just in time for kids to watch after school.

The mantra of the 70s was to be open about our problems, and no problem was ever too unsettling for the kiddies. It was for their benefit to hear about drug abuse, rape, child molestation, and shitty parenting. In fact, it was so important, it was on every Wednesday afternoon. 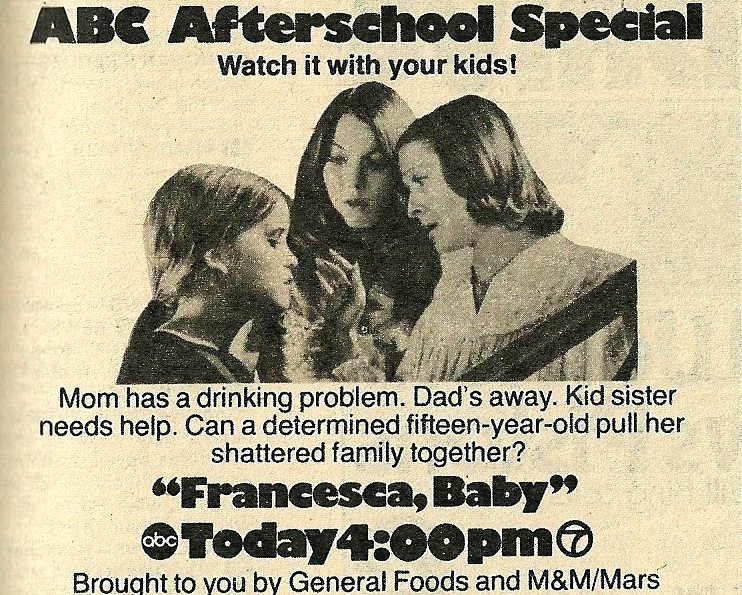 Whether or not the inundation with dysfunction did us all any good is up for debate. I have my opinions on the matter, but let’s suffice it to say I’m a tad skeptical.

These were the 70s-80s equivalent of those “guidance” films they used to show in schools during the 1950s-60s. You know the ones I’m talking about – “Are You Popular?” and “Perversion for Profit”. I have my doubts that these were particularly effective either. 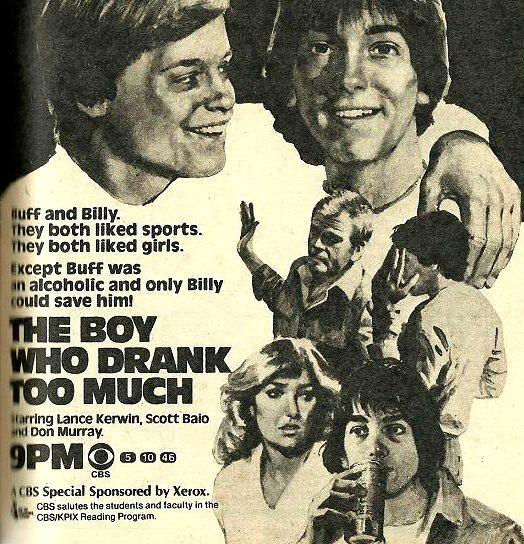 I should mention that many of them were fairly benign. They taught lessons about “going steady”, getting teased, junior high crushes, etc. But every so often things got dark. 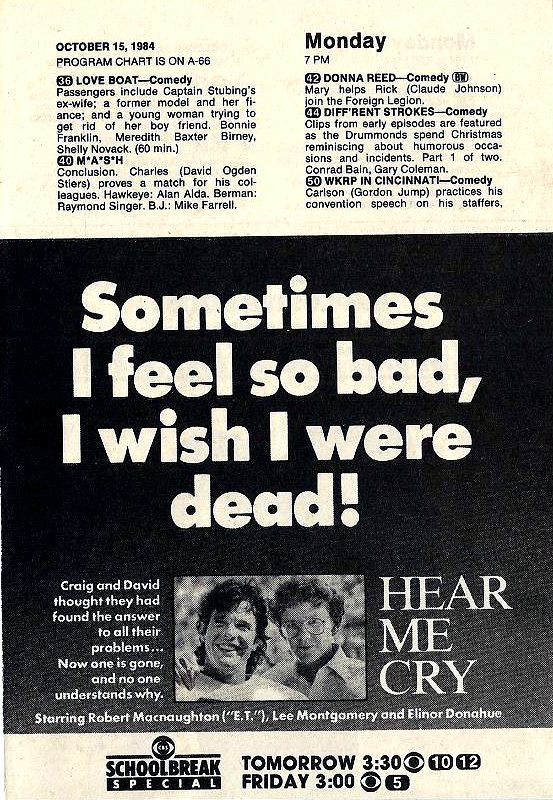 “Sometimes I feel so bad, I wish I were dead!”

And this is one of the more uplifting episodes. 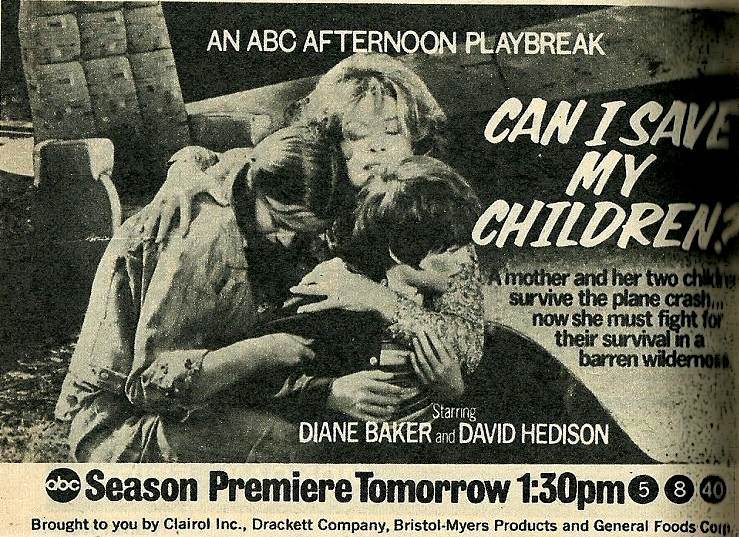 The terror, the pathos, the existential panic – a perfect “playbreak” after a long day of school. 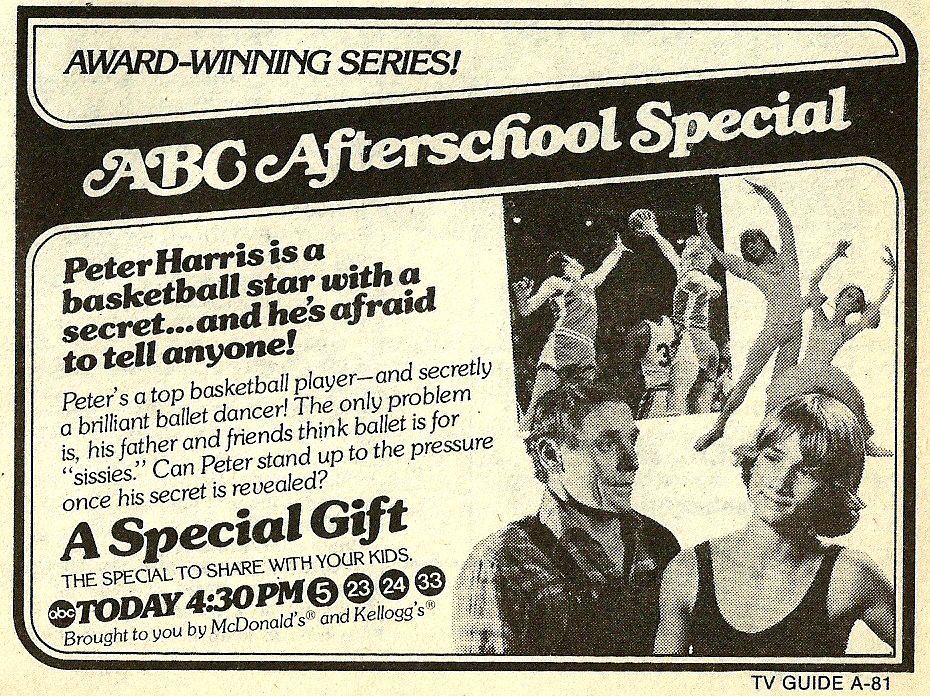 If you think the ‘ballet is for “sissies”‘ plot seems fairly benign and typical, then you obviously haven’t seen an after-school special.  There was something about the tone that made them rather depressing.  Even a seemingly positive themed episode left you feeling empty inside. 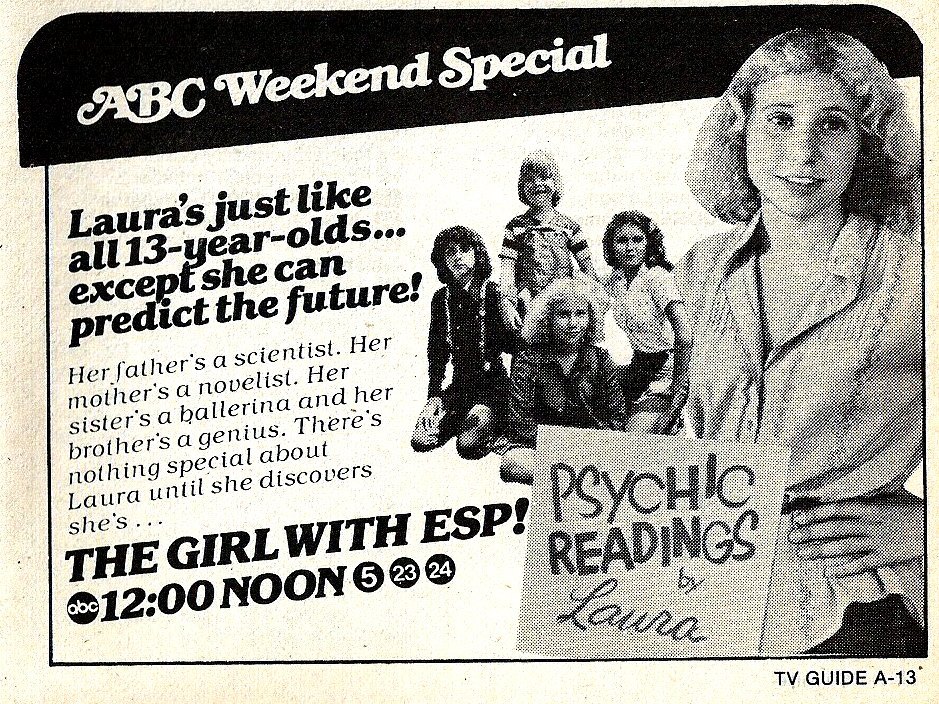 I liked the ABC Weekend Specials much more than the Afterschool Specials. The Weekend Specials were usually an adaption of a best-selling children’s book and usually didn’t have a moral, just a good story. In addition to The Girl with E.S.P shown above, favorites include The Red Room Riddle, The Ghost of Thomas Kempe, The Joke’s on Mr. Little (starring Richard “More News with Les Nessman” Sanders), The Haunted Mansion and The Adventures of the Two-minute Werewolf. 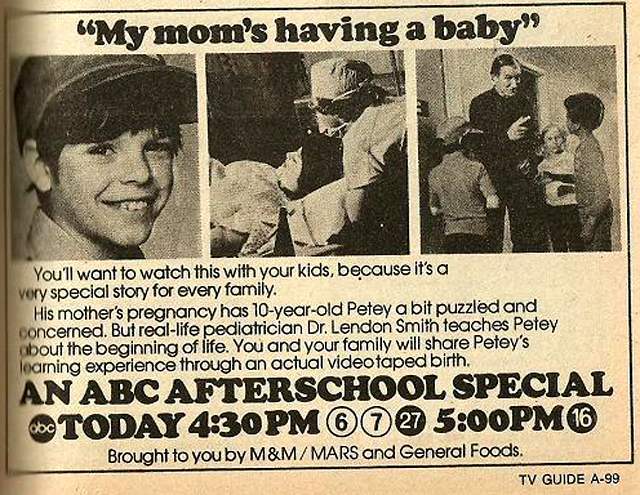 This one was truly shocking – an actual vaginal delivery on television.  Can you think of anything more perfect to watch after school?  I distinctly remember being unable to eat my bowl of Lucky Charms, staring slack jawed at a graphic birth (brought to you by M&M and Mars candy!) 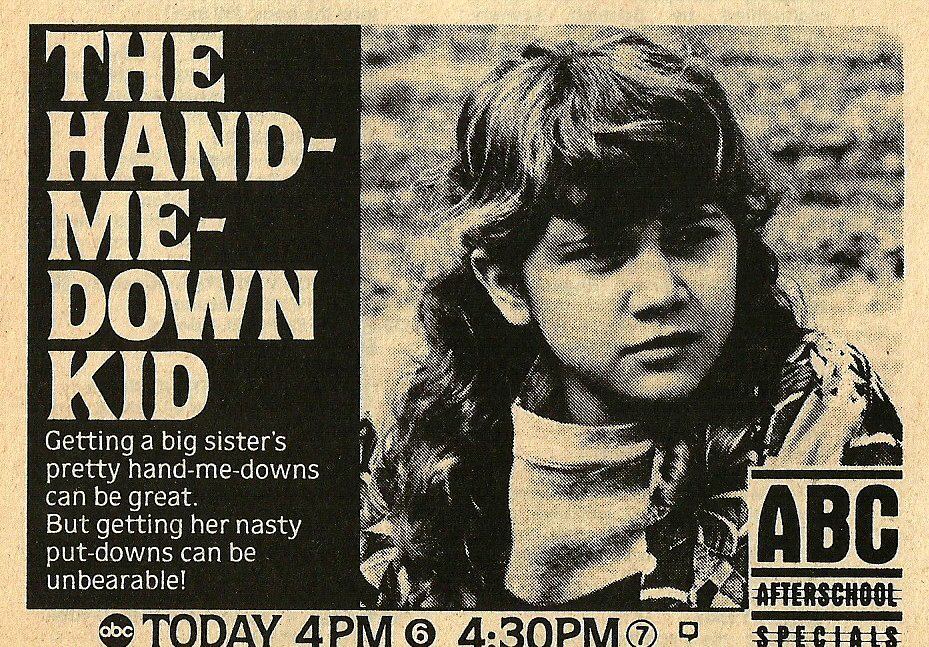 Was there an Afterschool Special where a kid wasn’t taunted by his peers? 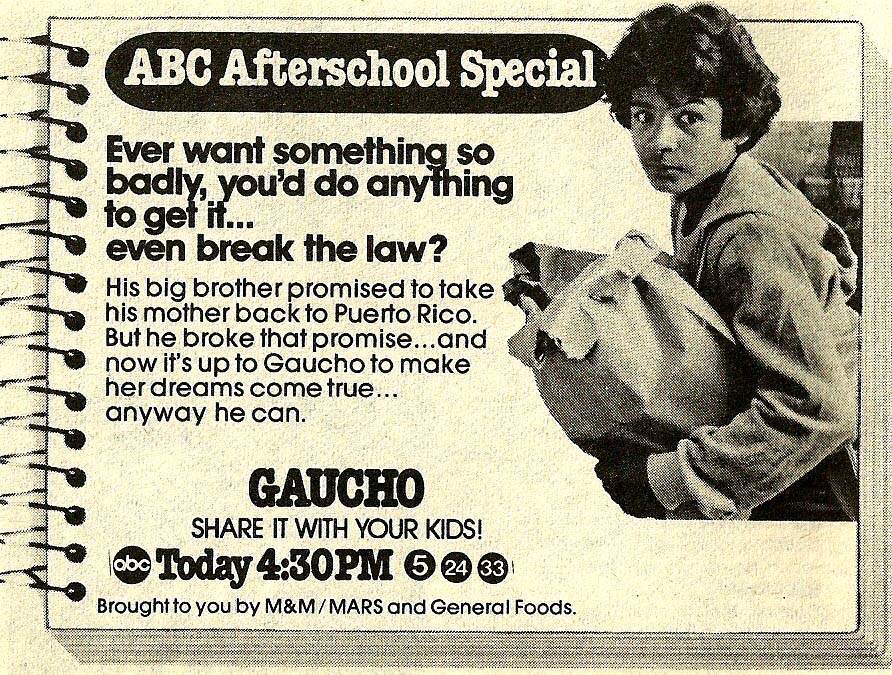 Poverty, shattered dreams, helpless elderly, juvenile crime,…. all right before supper!    If parents wondered why their kids seemed so quiet and depressed at the dinner table, perhaps they should have looked no further than what was showing on ABC at 4:30 each week. 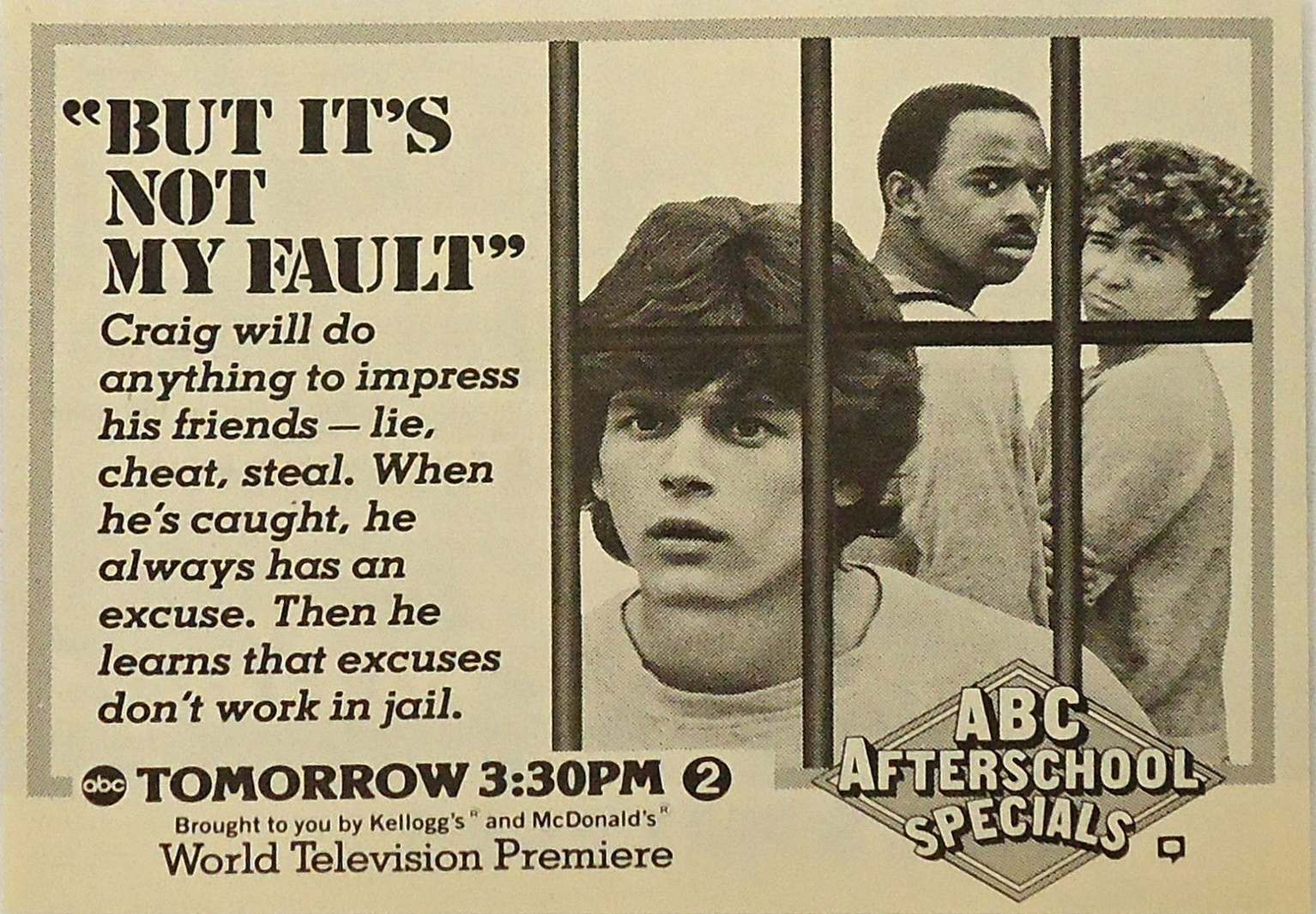 With most of these specials, you get the distinct impression that these were to serve in lieu of actual parenting.  In other words, Baby Boomer parental instruction wasn’t going so well, so better break out the tales of horror and prison rape – maybe that’ll get through to the little bastards. 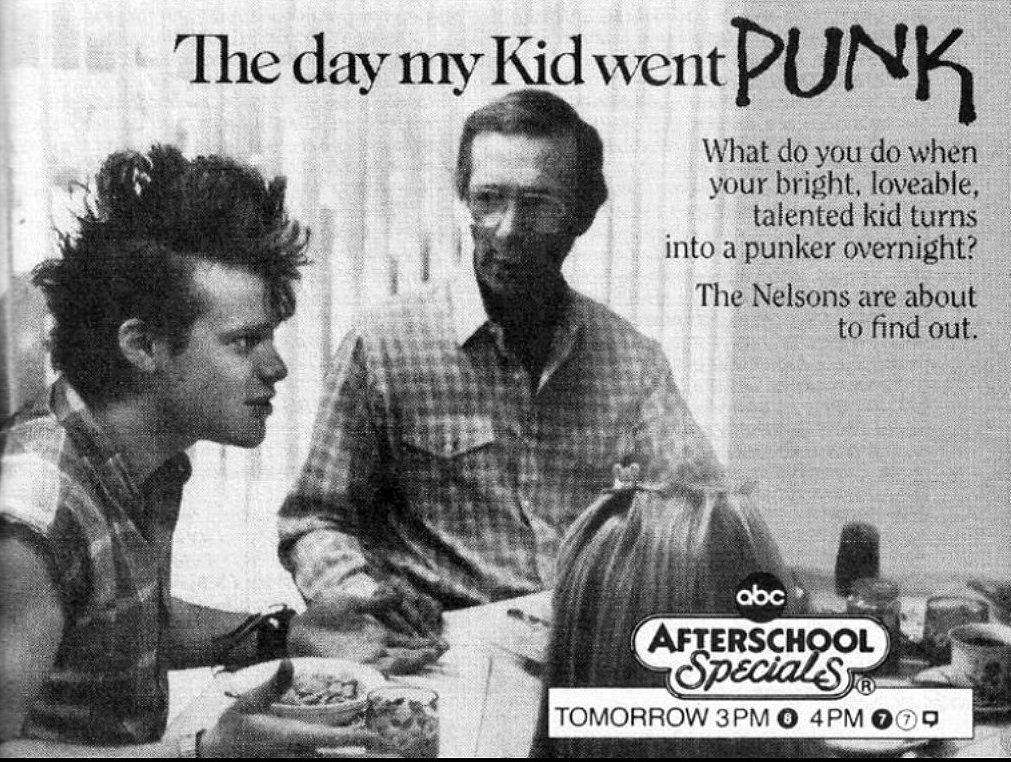 I’m sure this horrified father upset his own parents the day he went “Hippie” or “Greaser”.  Of course, the Afterschool Special can always be counted on to elevate the threat level to “11”. 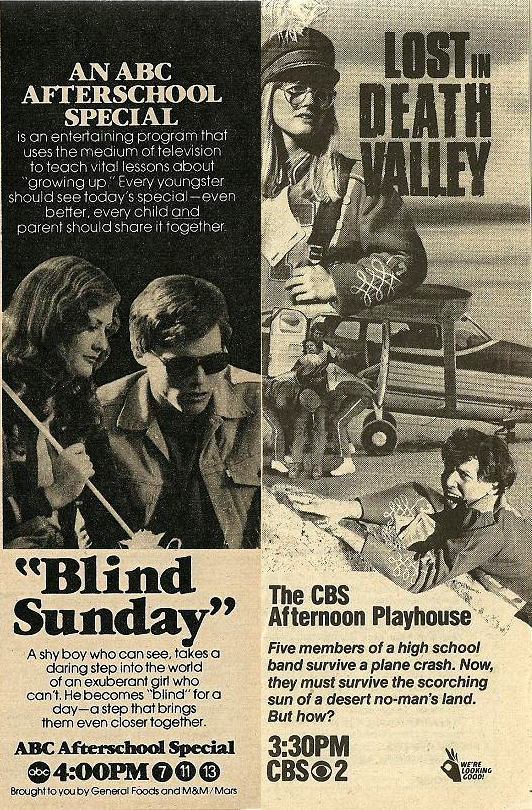 How will they survive the plane crash?  Let’s hope it doesn’t involve eating each other.  Although, with these Afterschool Specials, you can never be too sure.