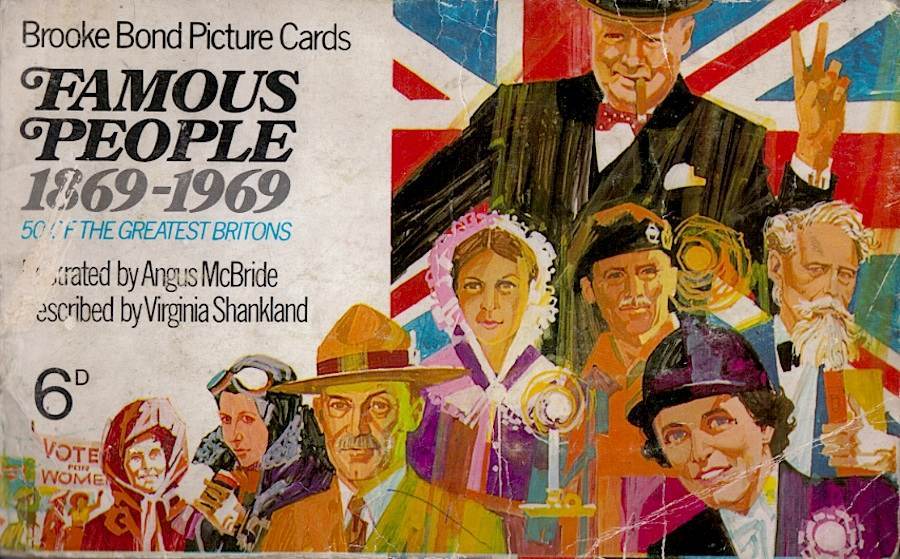 From the 1950s Brooke Bond gave away free picture postcards with boxes of PG Tips tea bags and packets of loose tea. At first, these cards primarily dealt with subjects relating to national identity–with titles that ranged from British Birds, British Butterflies, British Costumes, British Wildlife, Trees in Britain, and Famous People, before widening out to more general subjects such as African Animals, Dinosaurs, Asian Wildlife, Canadian and American Songbirds, Animals of North America, The Race for Space, The Saga of Ships, and  Adventurers and Explorers among many others. The cards were beautifully illustrated with factual descriptions or potted biographies printed on their backs.

Brooke Bond’s tea cards were a gimmick that offered young children an traditional sense of British history and identity–one greatly shaped by Empire–while instilling a favourable liking for their aromatic beverage–if only to obtain the full set of cards.

In 1969, the company issued a set of 50 cards depicting Famous People 1896-1969–which celebrated British men and women who (it was claimed) had achieved their place in history. These eminent Britons were chosen by historian Professor Asa Briggs, who was then Vice-Chancellor at the University of Sussex–now Baron Briggs, who is best known for his books on Victorians and his five volume History of Broadcasting in the United Kingdom. As Professor Briggs explained in his introduction, the choice of “Famous People” had not been an easy:

The last hundred years have seen greater changes in Britain than any previous century – changes in work and in recreation, in education and in politics, in thinking and in feeling. So long as Queen Victoria reigned – until 1901 – there was a strong sense of continuity. During this period Britain produced not only new men of wealth and power but writers of exceptional creative ability. Eminent Victorians were people of character and will as well as of ability.

During the twentieth century there have been far sharper breaks in people’s experience two world wars. There has also been a growth in the size and scale of organisations concerned with government, business and society. Nonetheless, the twentieth century has produced many outstanding people who have made unique contributions to the development of our country and the life of our people.

Selecting a team is never easy. Yet the men and women in this album are sure of their place in our history. 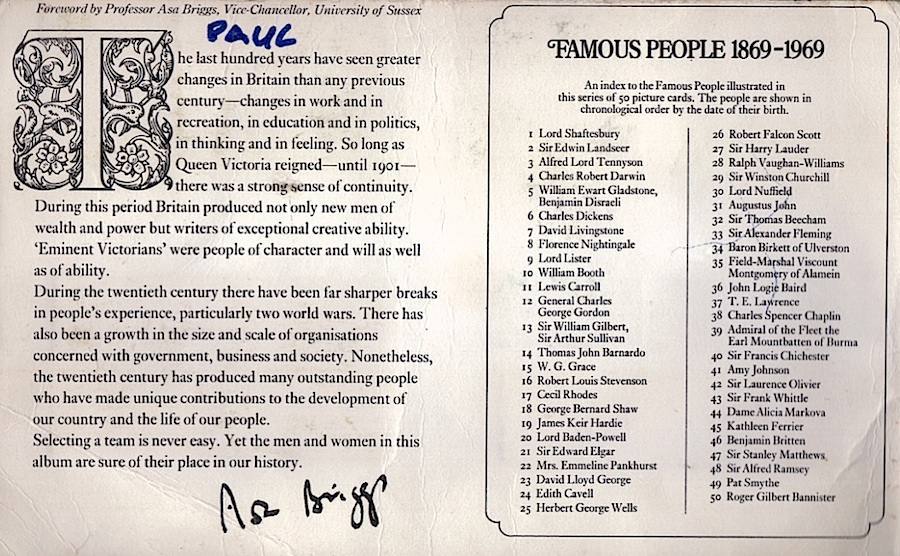 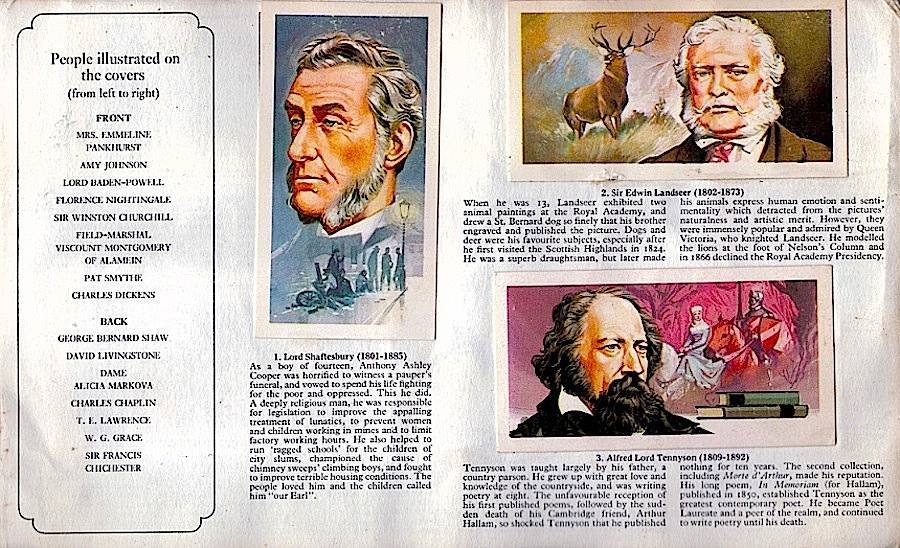 There is something about these picture cards of Famous People 1869-1969 that suggests the Great British nation was trying to redefine itself in light of the loss of its Empire–and was failing badly. This can be seen by the inclusion of the jingoistic imperialist and racist Cecil Rhodes, who believed that Anglo-Saxons were the finest race, who were born to lead other countries as colonies of the British Empire. Even the inclusion of Gordon of Khartoum continues the misguided idea of Britain’s right to power over other countries and the romantic notion of sacrificing one’s life for the ideals of Empire , Queen and Country.

Famous People 1869-1969 raises the question what does being British mean? What is Britain?And who and what should the British be proud of? That the latter half of the book features more sports personalities than politicians, scientists, pioneers or artists, suggests a failure to answer (or critically examine) these questions. Instead, there is a jingoistic response to seek short-term meaning in the victory of sporting success. It’s still a question that Britain, in particular England, badly grapples with–veering between pride and self-loathing about its past–while disguising its failure to answer in celebration of its football, its athletes, its pop stars, its television celebrities. 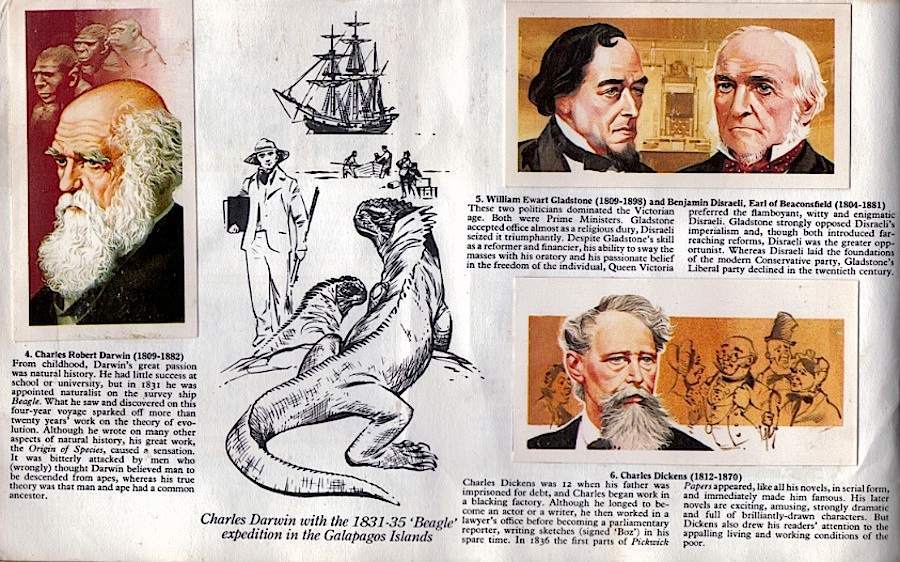 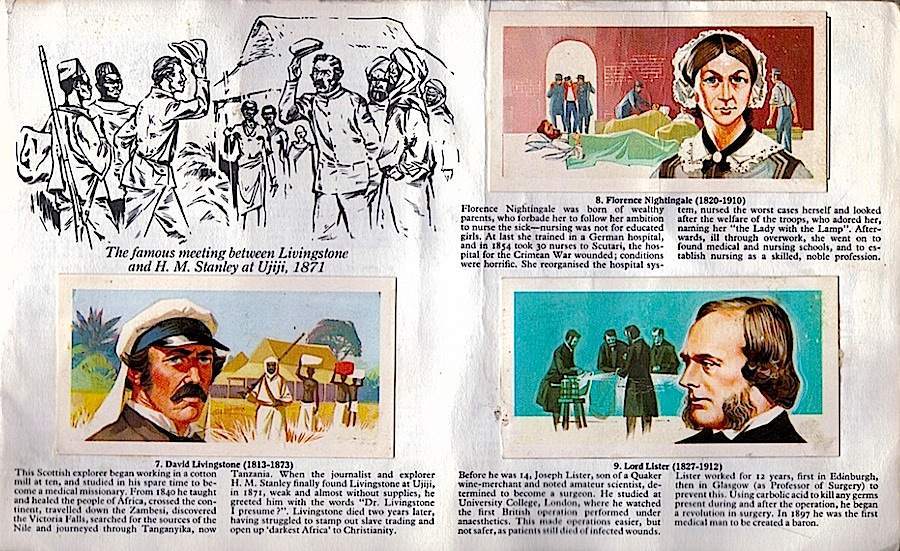 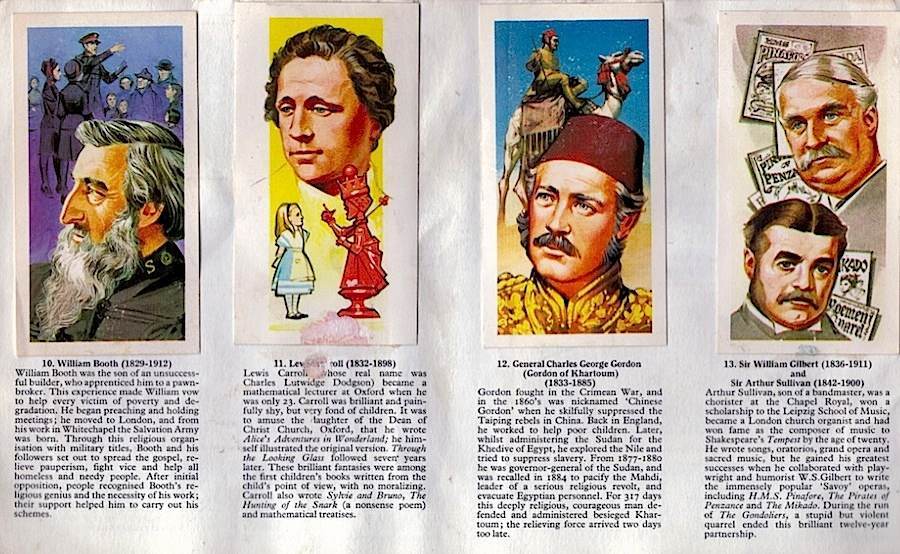 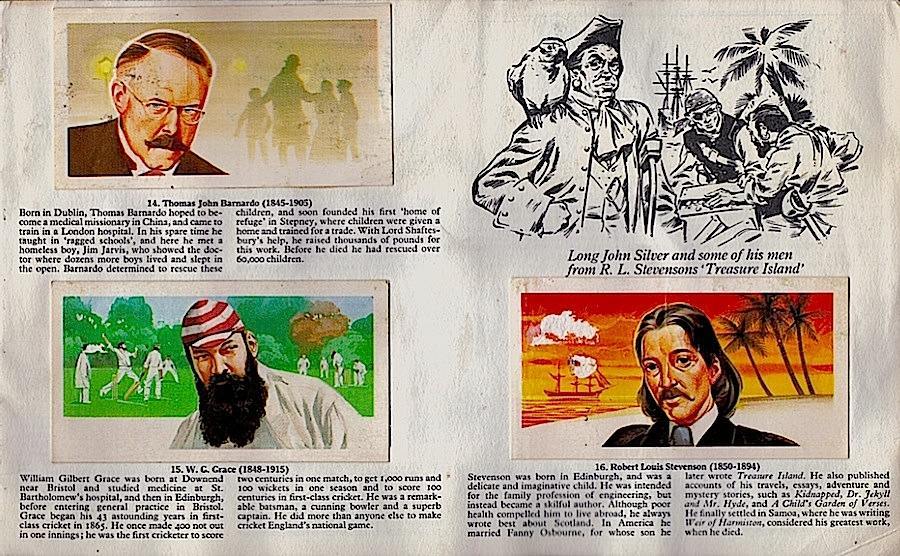 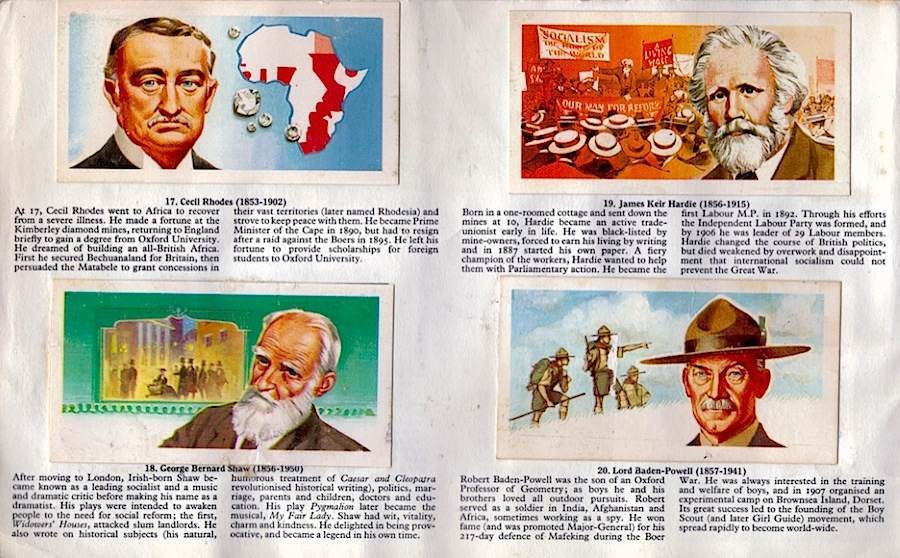 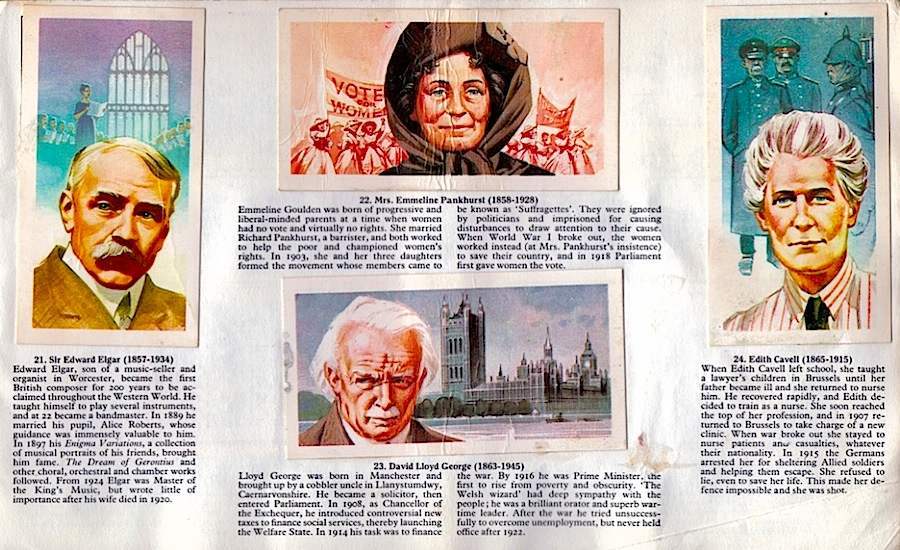 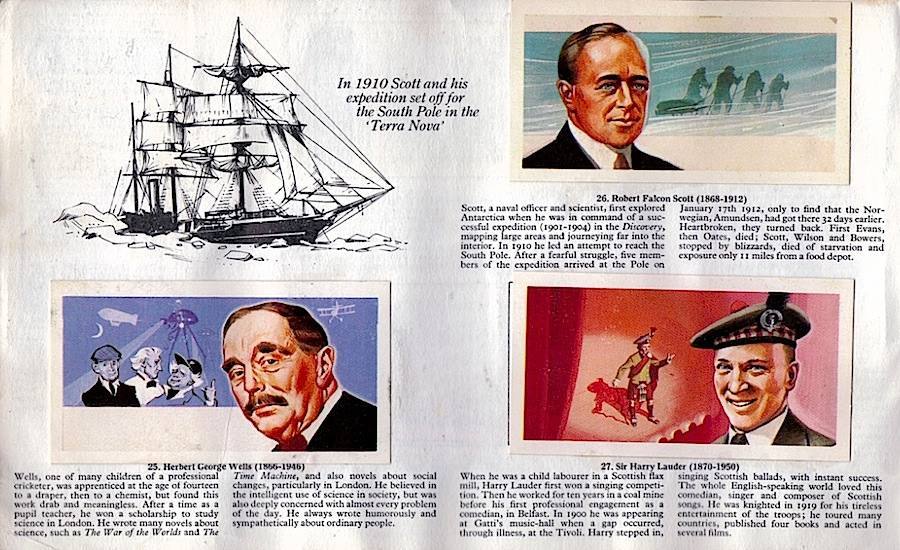 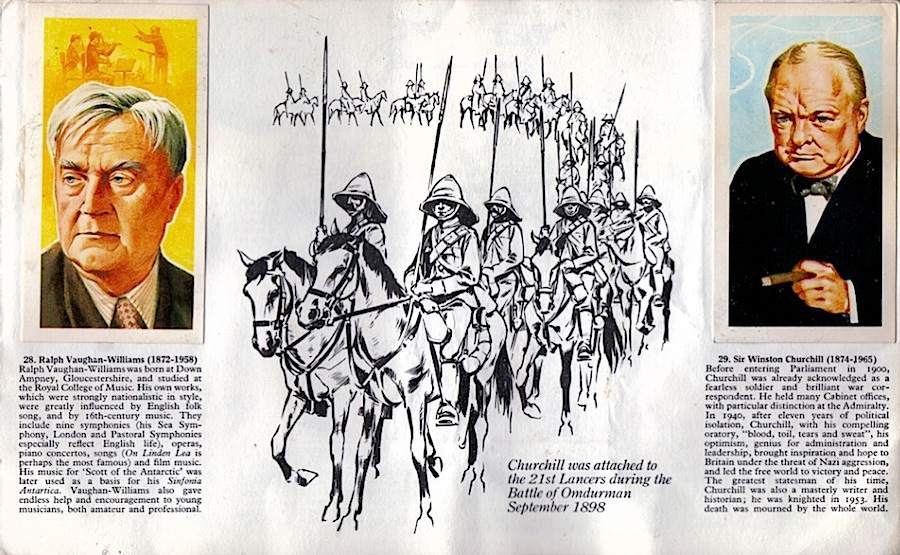 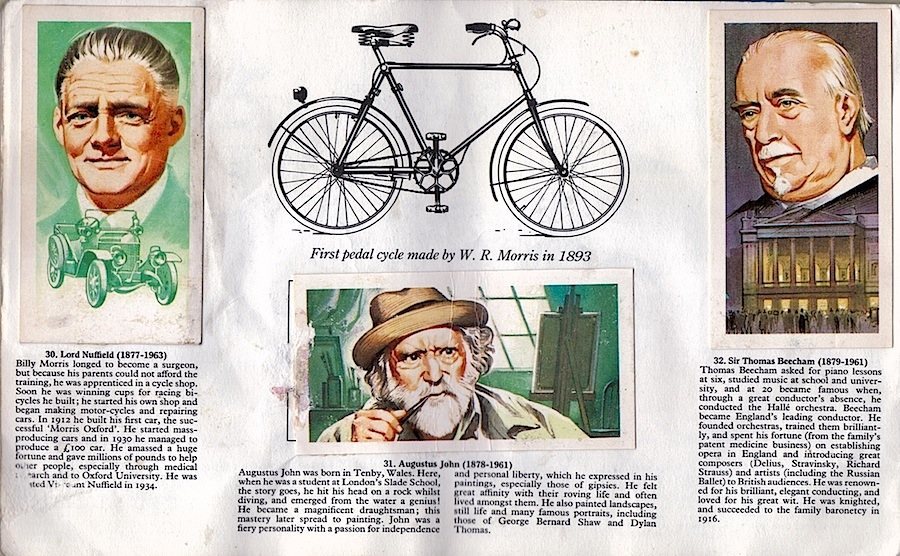 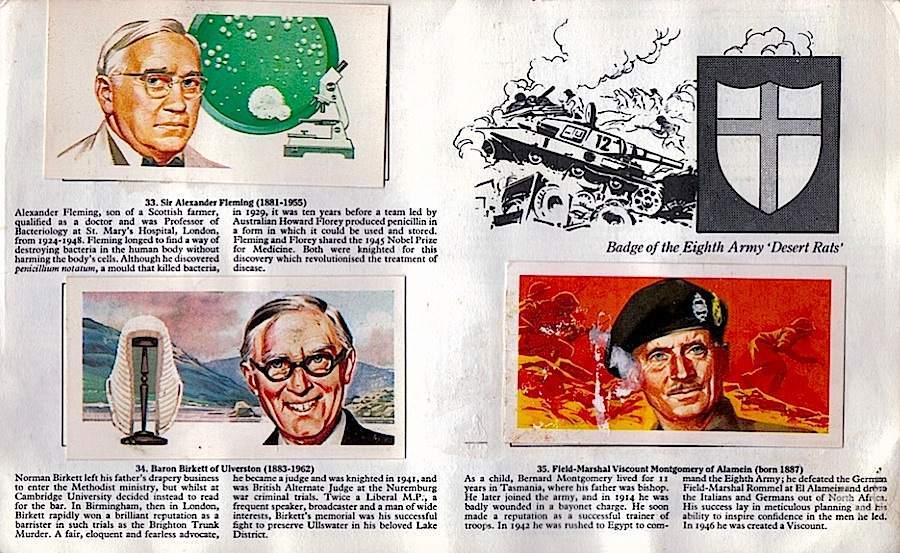 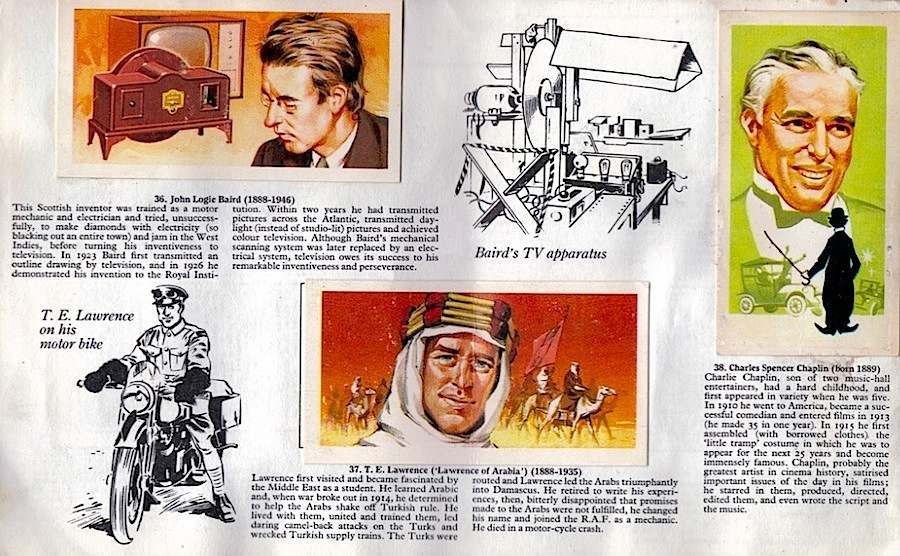 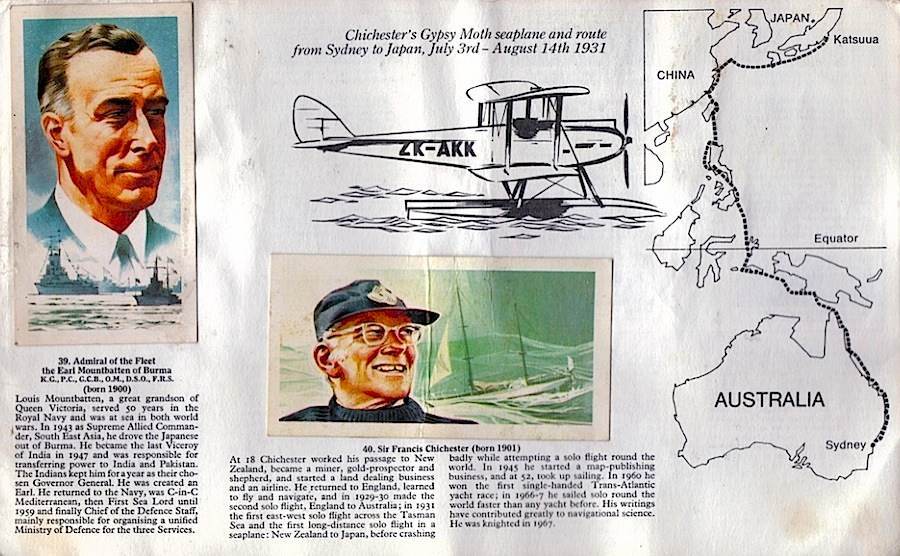 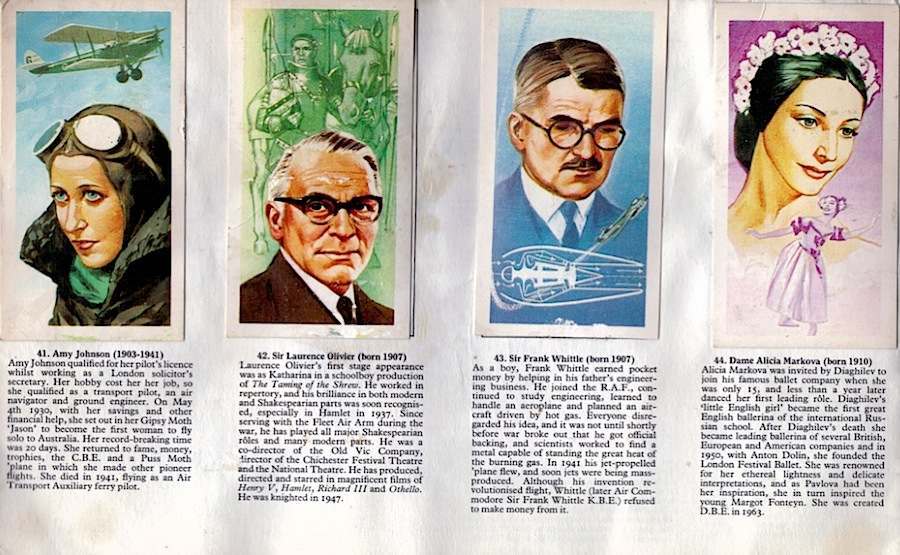 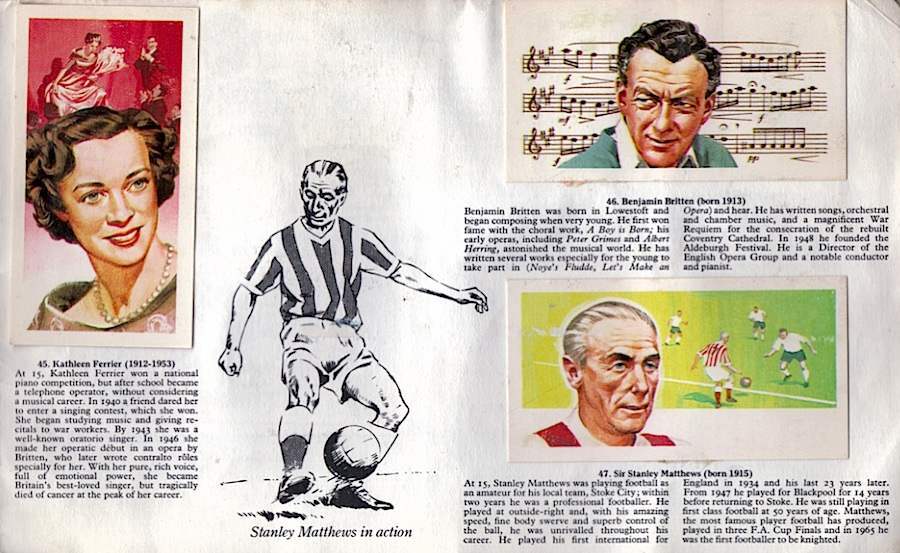 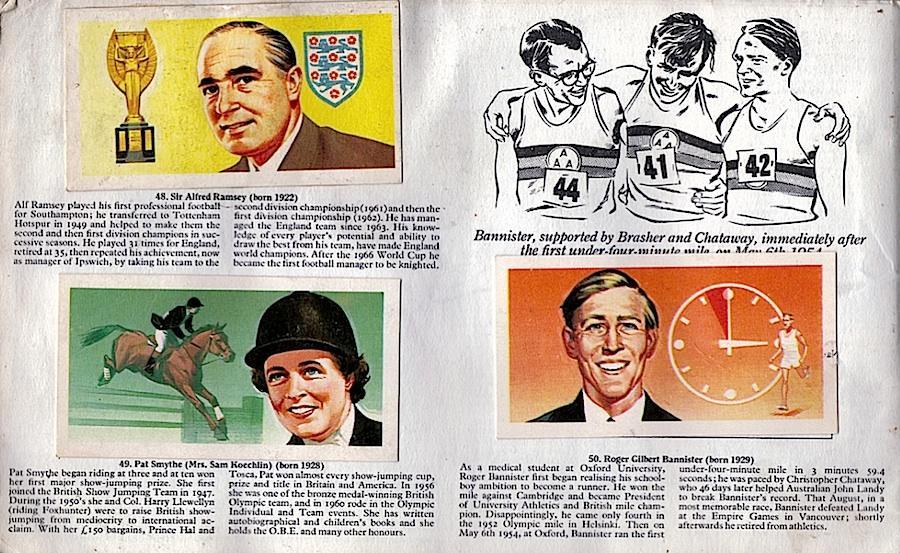 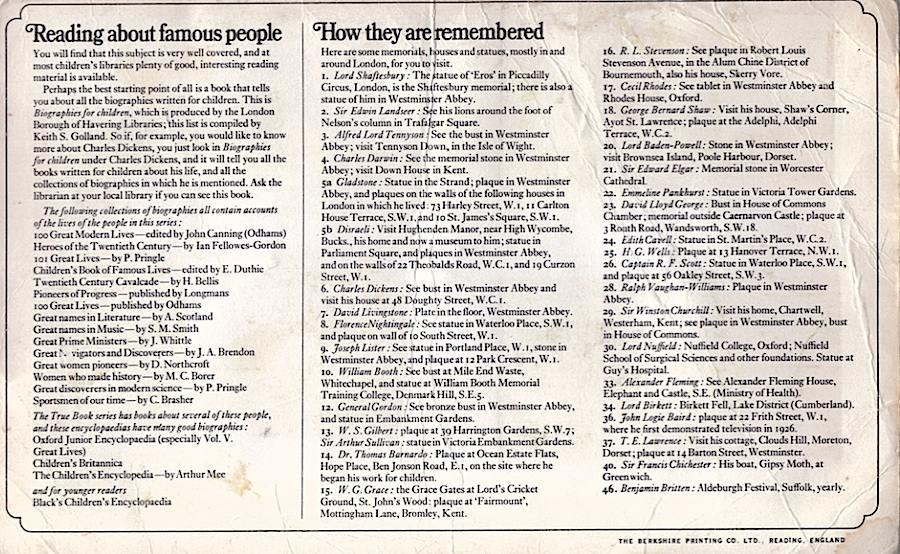 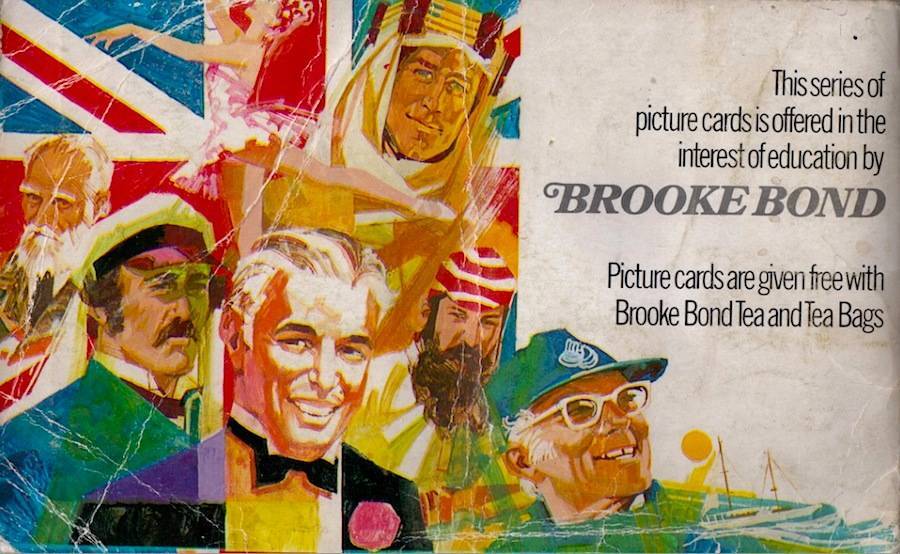 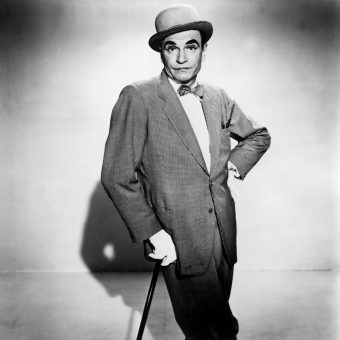 The Suez Crisis, The Entertainer Laurence Olivier and the Angry Young Men 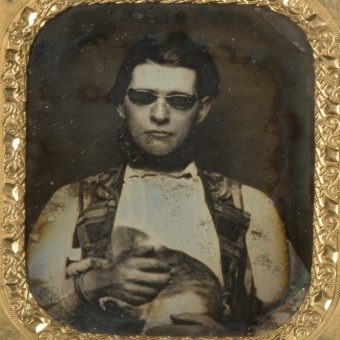