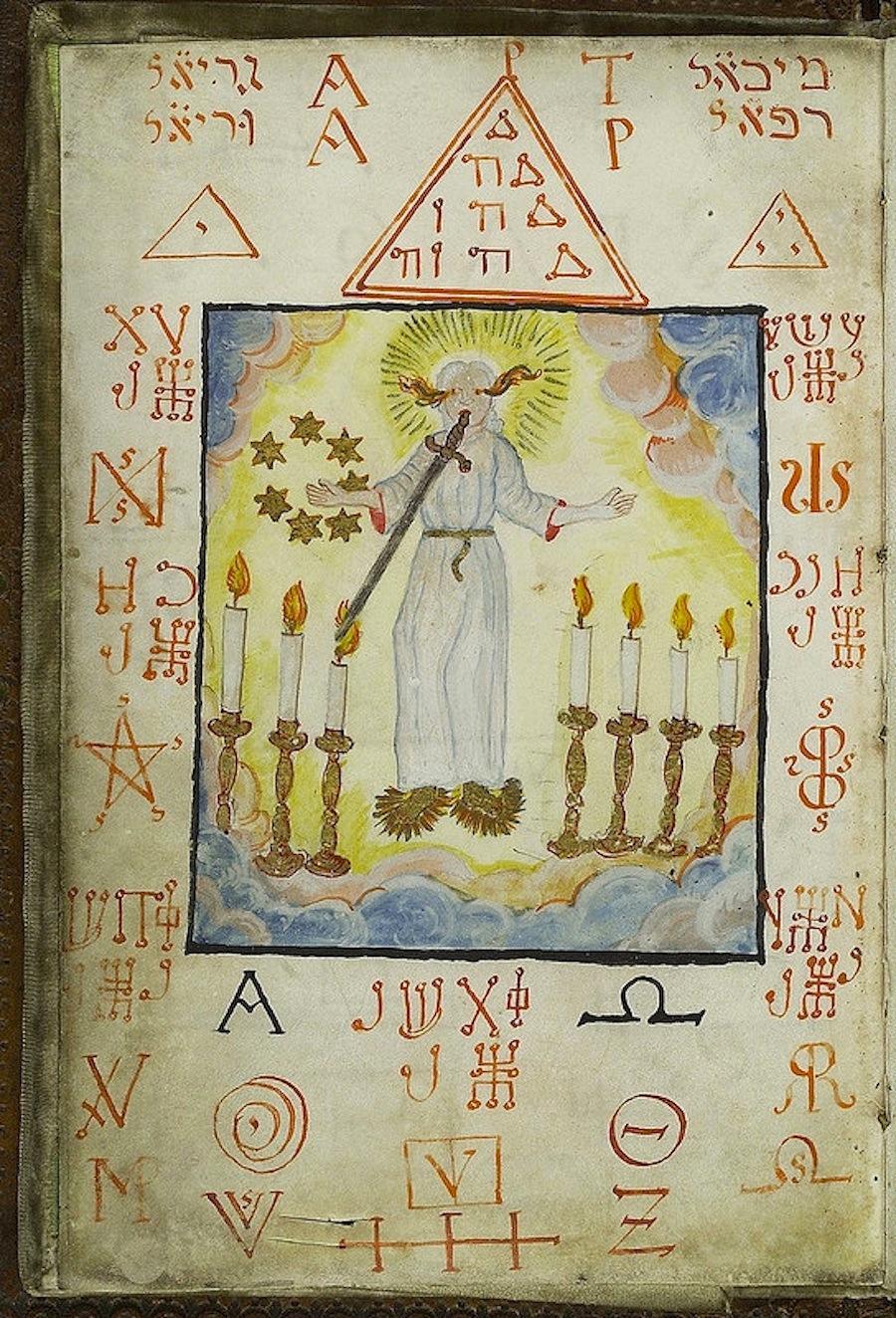 Clavis Inferni or The Key of Hell is an eighteenth century occult book written by Cyprianus. The manuscript is filled with invocations to spirits and demons–including a Hebrew invocation for summoning God; paintings of beasts and supernatural beings; and pages covered with magical sigils and cryptic handwritten text.

Much of the book relates to religious themes taken from the Bible and the Kabbalah. One opening image shows Christ the Redeemer (above) as described in the Book of Revelation surrounded by “seven golden candlesticks”:

His head and his hairs were white like wool, as white as snow; and his eyes were as a flame of fire

The text is written in Latin, Hebrew and in the Magical Alphabet devised by occultist Cornelius Agrippa in his Third Book of Occult Philosophy from 1510.

The author’s name “Cyprianus” is most likely a pseudonym–one commonly used by practitioners of the occult. And although the Clavis Inferni has been linked to the Black School at Wittenberg–a legendary school of devotees to the “black arts”–little is known of its true origin. 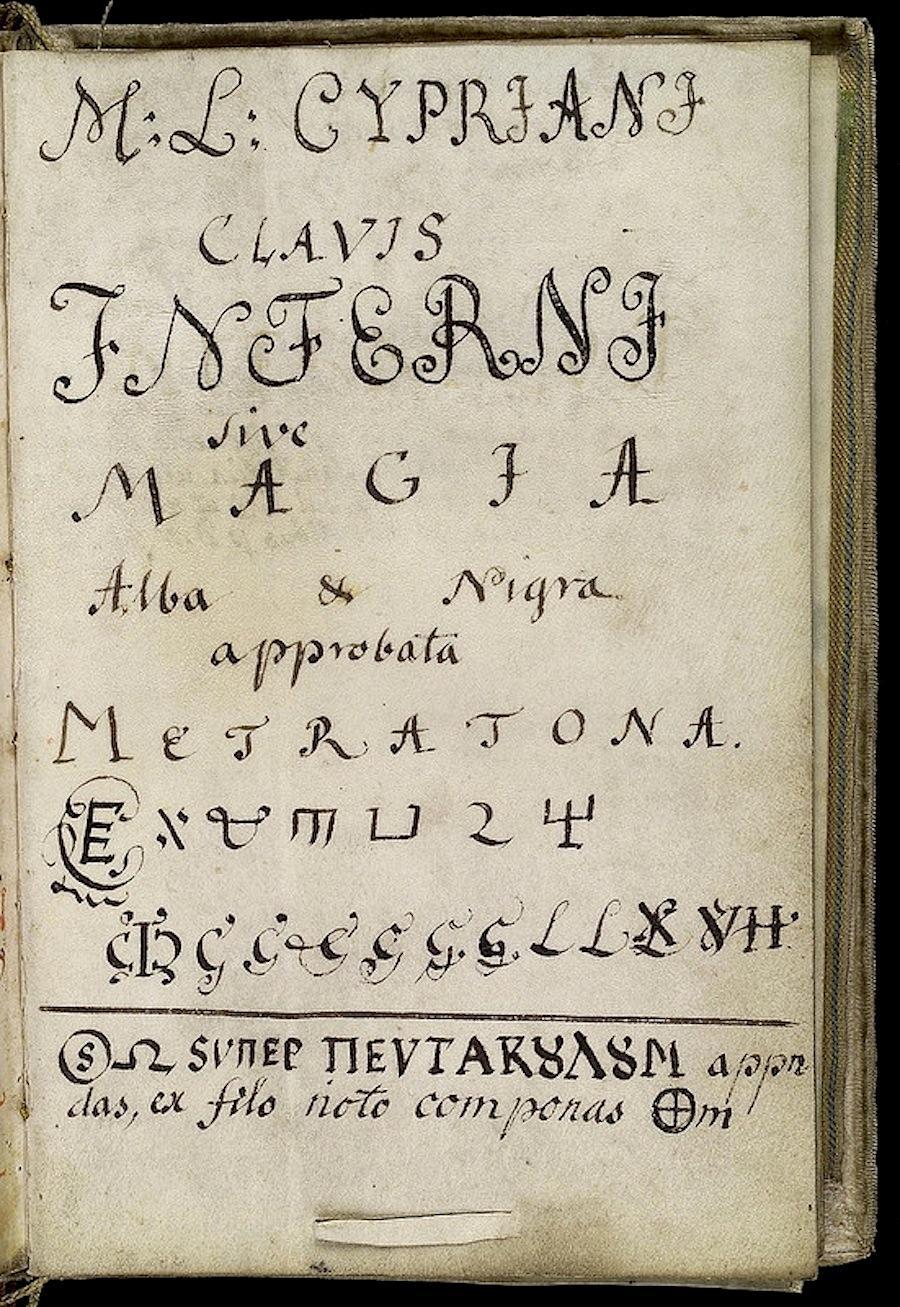 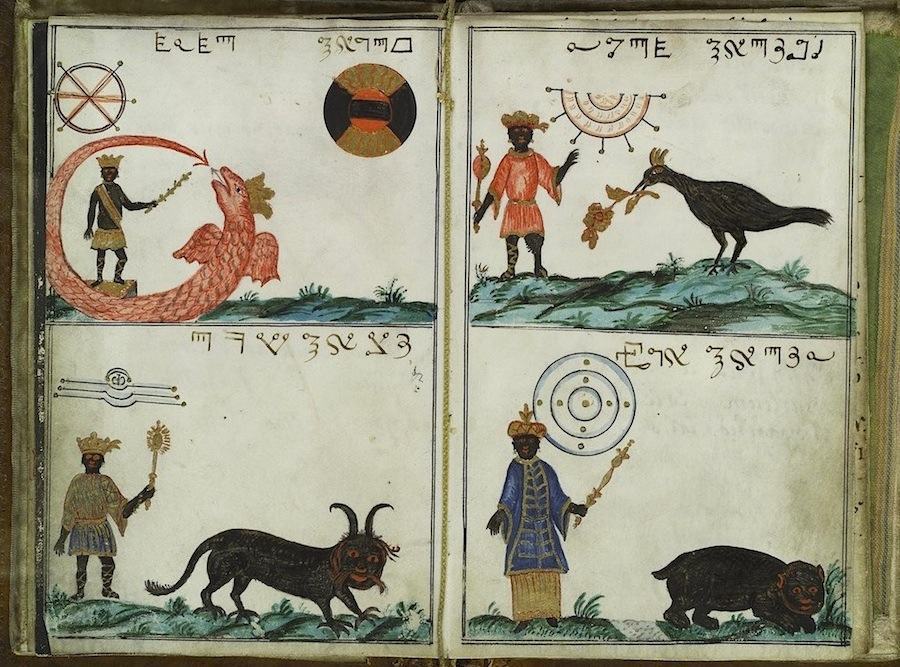 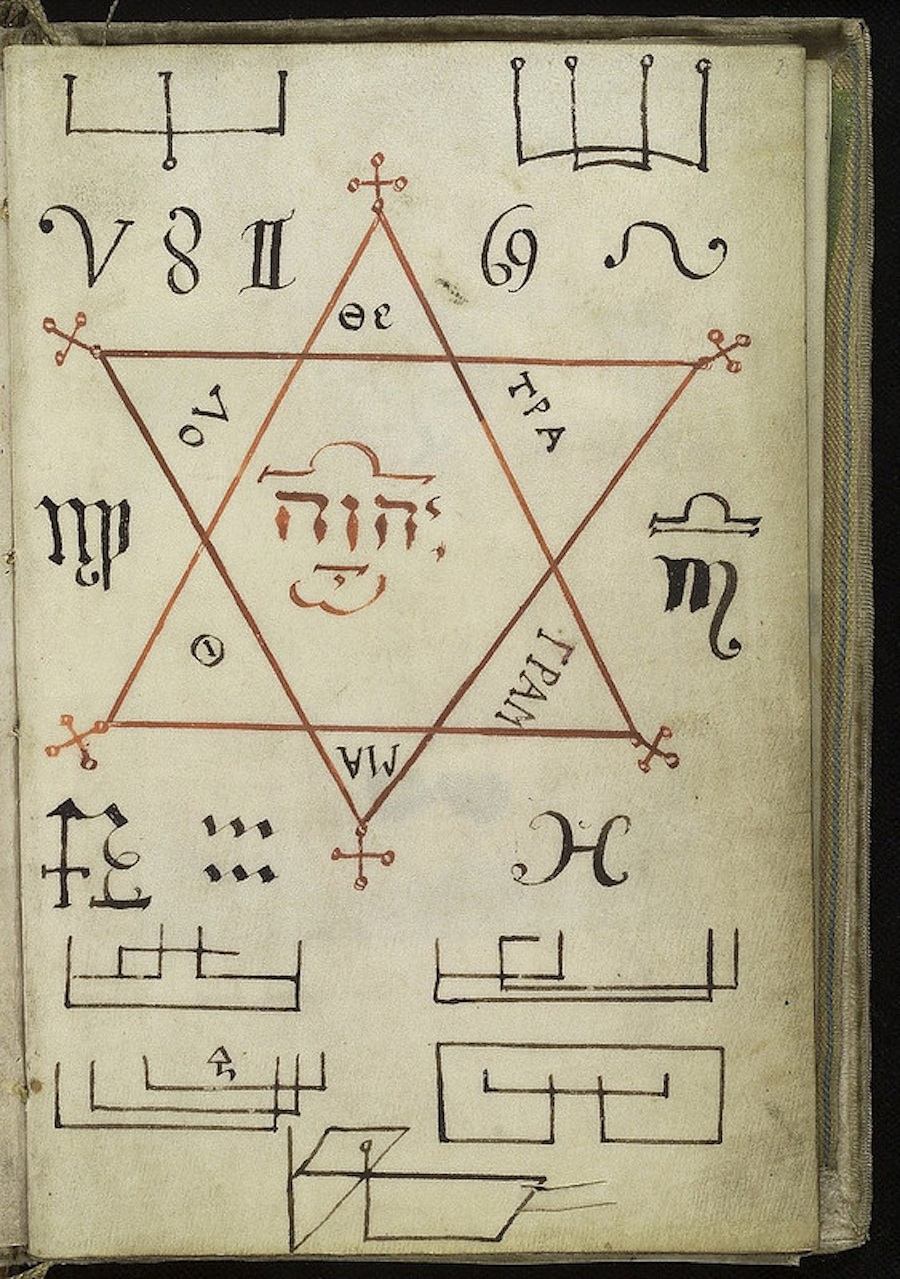 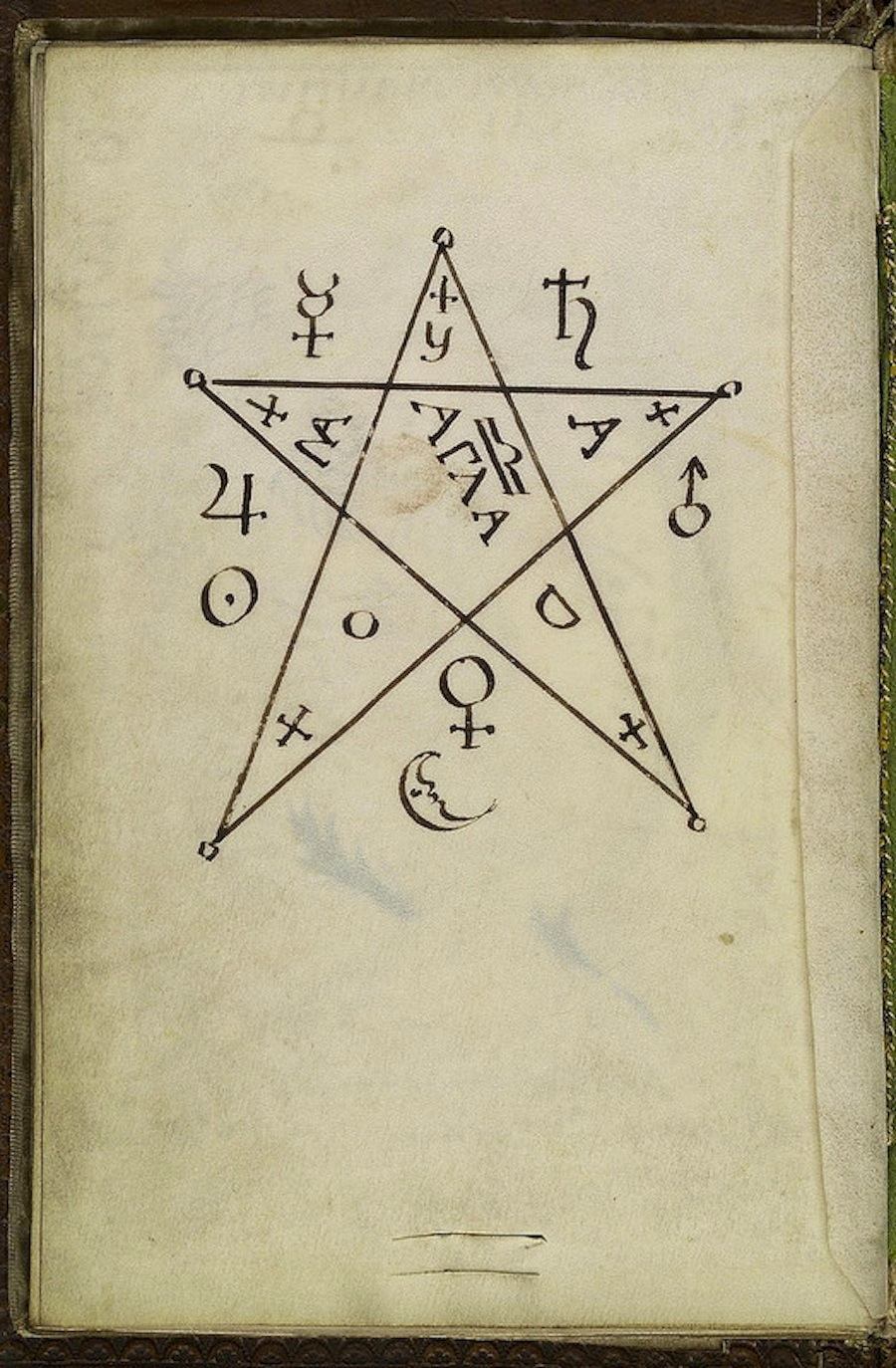 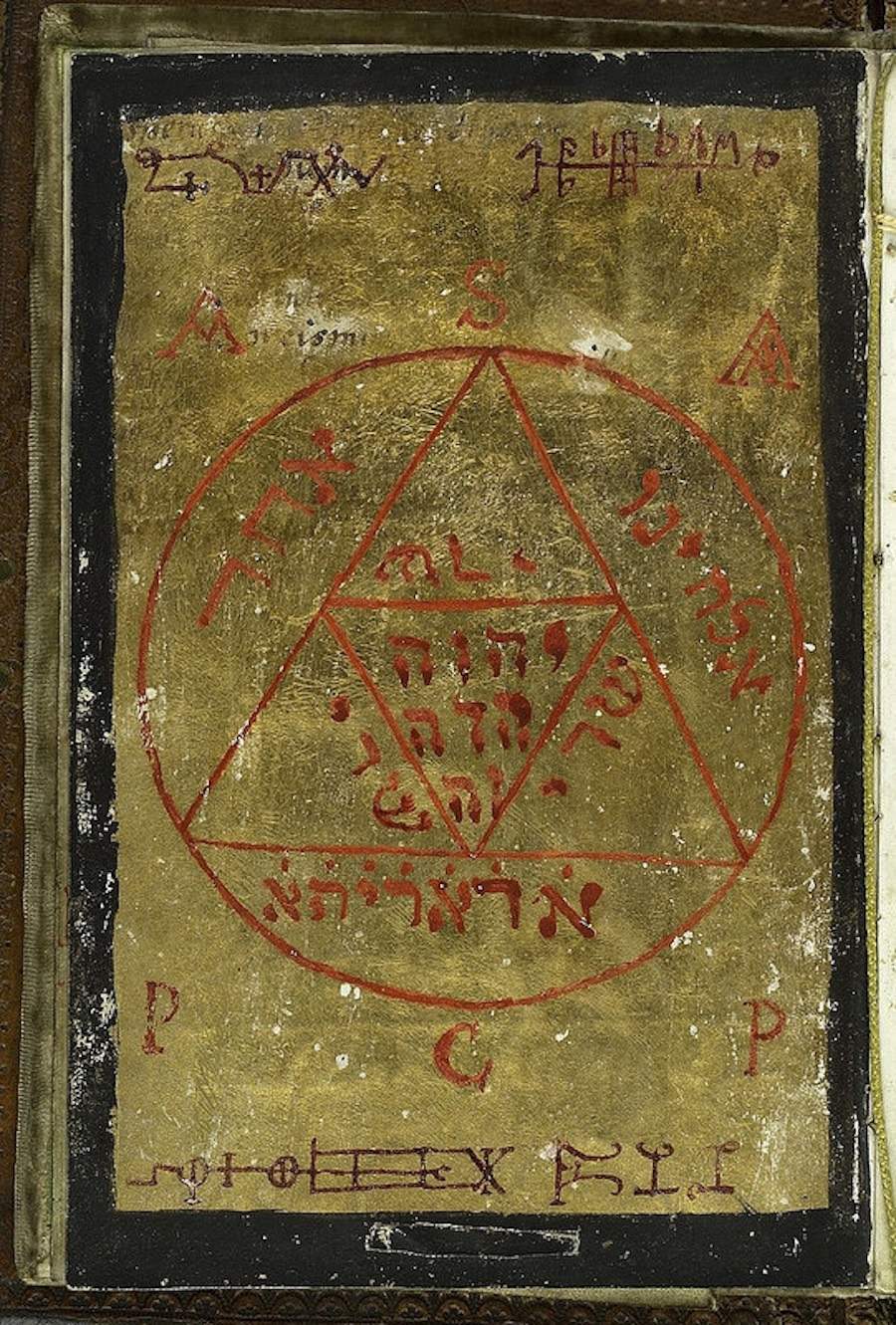 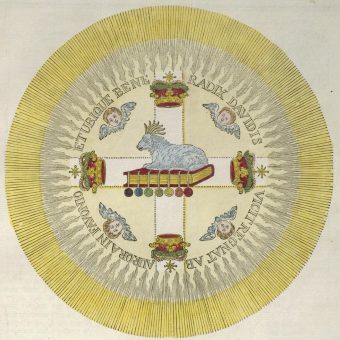 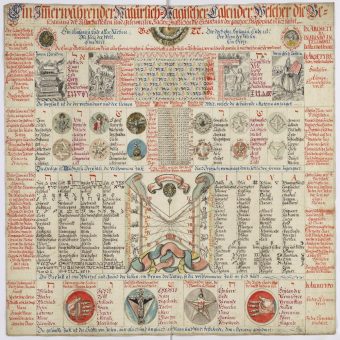 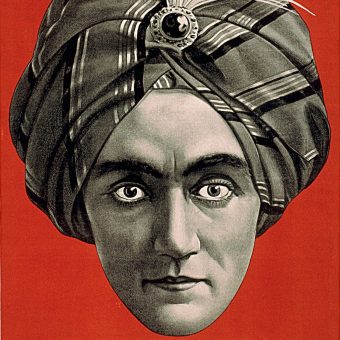 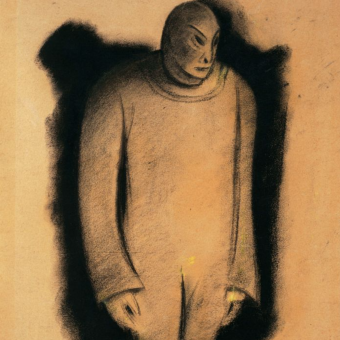