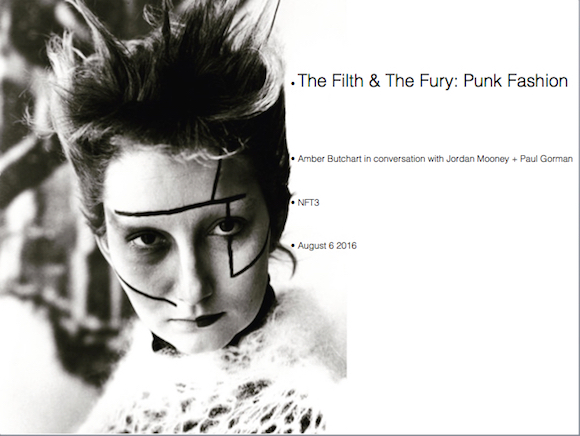 Jordan Mooney and Me – Selection of Let It Rock designs showcased in a May 1972 issue of The Sunday Times Magazine. Photos: Hans Feurer. Paul Gorman Archive

I was a guest of historian Amber Butchart at London’s National Film Theatre for a conversation and q&a about Punk fashion with her special invitee Jordan Mooney, SEX and Seditionaries superstar and inner member of the Sex Pistols circle.

I’ve put together a presentation from my archive to run during our chat, including images of Jordan’s striking series of visual personae and slides showing how the designs by Malcolm McLaren and Vivienne Westwood at 430 King’s Road were regularly featured in the fashion and national press from the early 70s to the time of Punk later in the decade. 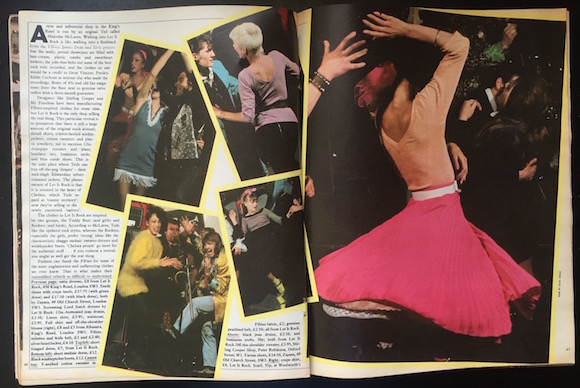 Selection of Let It Rock designs showcased in a May 1972 issue of The Sunday Times Magazine. Photos: Hans Feurer. Paul Gorman Archive

In fact, within weeks of Let It Rock opening, accessories from the boutique were included in a double page spread styled by Caroline Baker for Nova, and soon afterwards four pages were dedicated to the designs by fashion writer Valerie Wade in the mass-circulation Sunday Times Magazine. 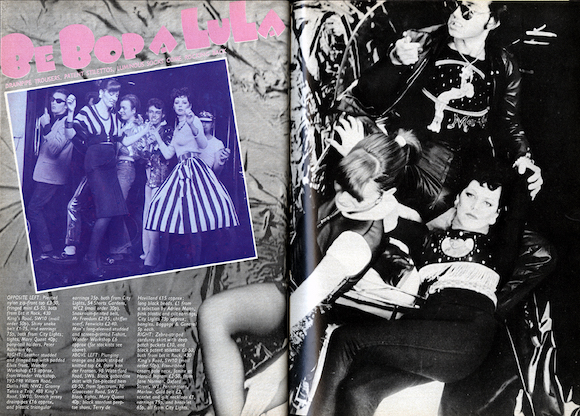 Despite McLaren’s best efforts to conduct a determinedly anti-fashion business, resulting in ejections of Vogue staff and a much talked-about altercation with Michael Roberts, then Sunday Times fashion doyen and these days Vanity Fair major-domo, clothes from Let It Rock and Sex were included in Honey and 19, the dominant mass-market fashion magazines of the day, as well as in newspapers such as The Guardian. 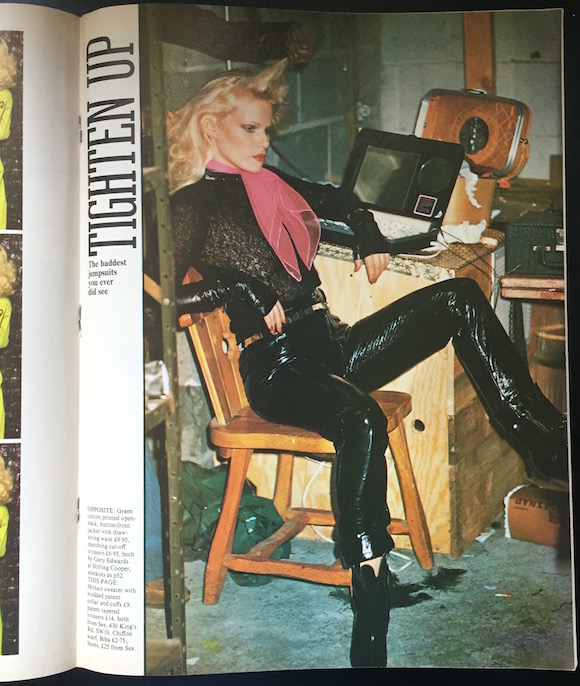 That fashion industry acceptance was not a priority was an understatement; nevertheless it is interesting to note such early recognition of  the strength of the design ideas circulating from the tiny World’s End premises. 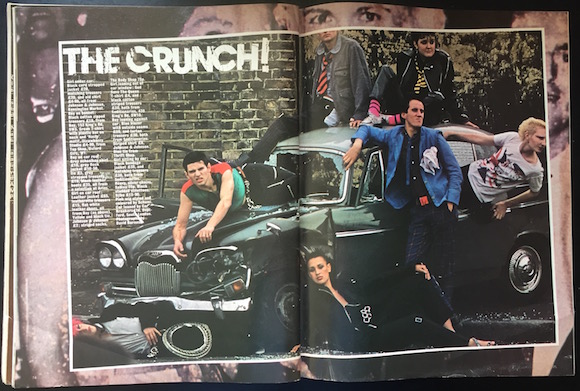 And we will bring the story bang up to date with pages from the 52-page Malcolm McLaren fashion special in the current issue of Man About Town photographed by Alasdair McLellan and styled by Olivier Rizzo. 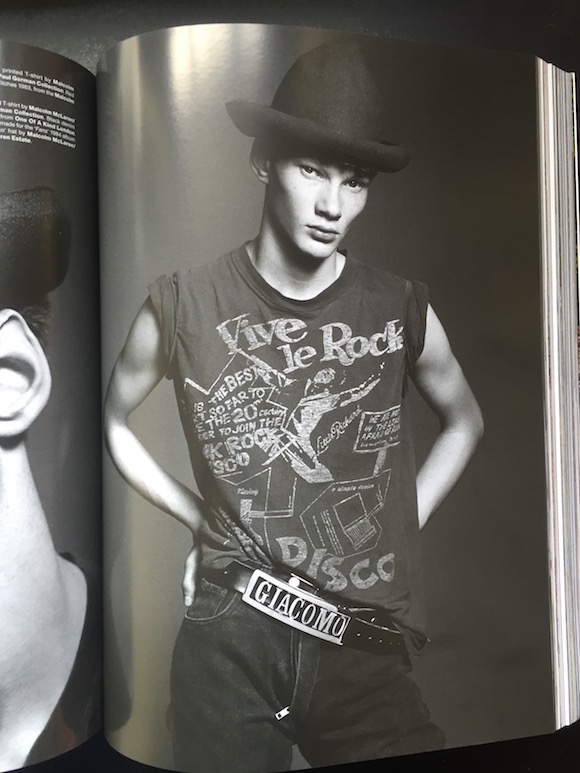 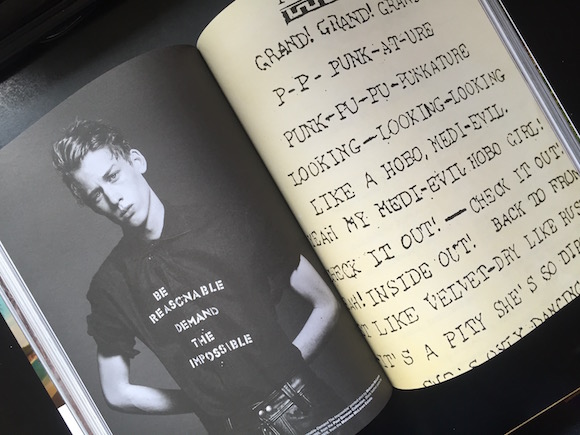 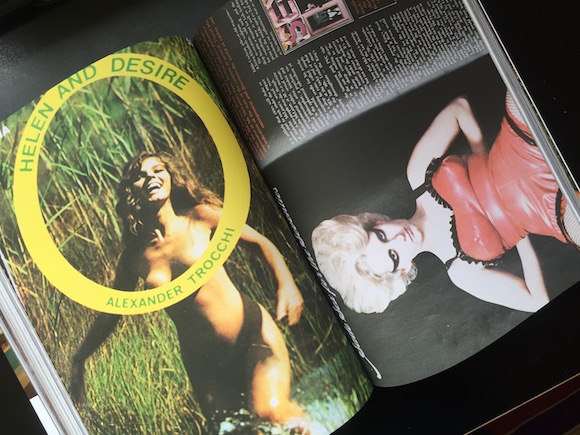 Ephemera and literature section in the Malcolm McLaren special, Man About Town S/S 16

Our chat followed a screening of Julien Temple’s Sex Pistols biopic The Filth & The Fury.