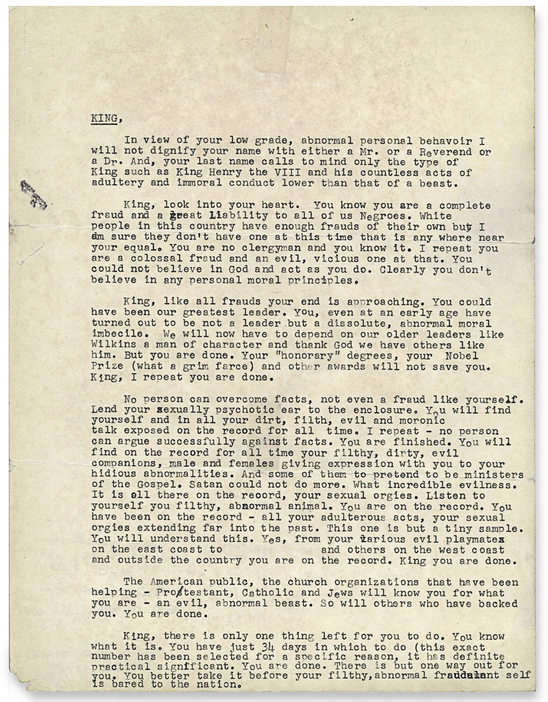 You Are Done’: The letter sent to King by the F.B.I. (One person’s name has been obscured because The Times could not verify or disprove the claims about her.) Credit National Archives, College Park, Maryland

The unredacted version of the famous “suicide letter” from the FBI to Dr. Martin Luther King, Jr was unearthed by by historian and professor Beverly Gage.

Written by an anonymous hand – but with the State’s full approval – the letter was part of a camnpaign to harrass Dr King. The State spied on him, bugging his hotel rooms, photographing his movements, taping personal moments he shared with friends and women and then sending edited versions of these engagements to King’s wife, and detailing FBI spooks to follow him.

The Bureau called Mr King “the most dangerous Negro of the future“. 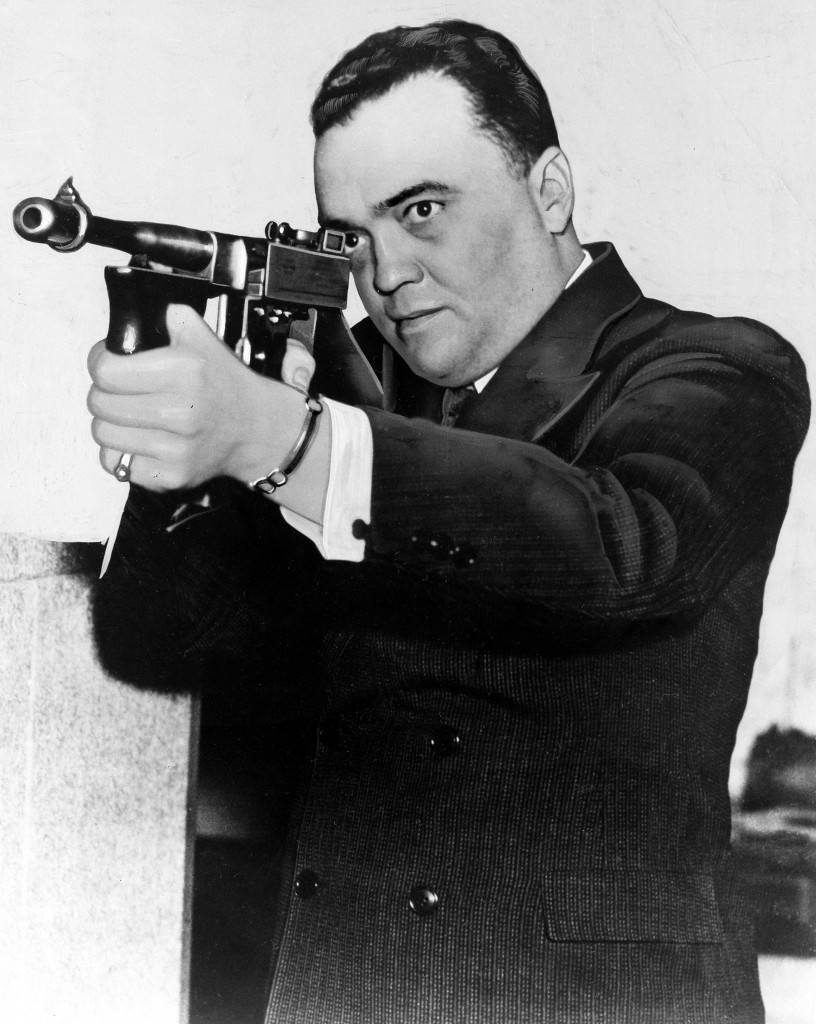 The F.B.I.’s entanglement with King began not as an inquiry into his sex life but as a “national security” matter, one step removed from King himself. In 1961, the bureau learned that a former Communist Party insider named Stanley Levison had become King’s closest white adviser, serving him as a ghostwriter and fund-raiser. The following year, Attorney General Robert Kennedy approved wiretaps on Levison’s home and office, and the White House advised King to drop his Communist friend. But thanks to their surveillance, the bureau quickly learned that King was still speaking with Levison. Around the same time, King began to criticize bureau practices in the South, accusing Hoover of failing to enforce civil rights law and of indulging the racist practices of Southern policemen. 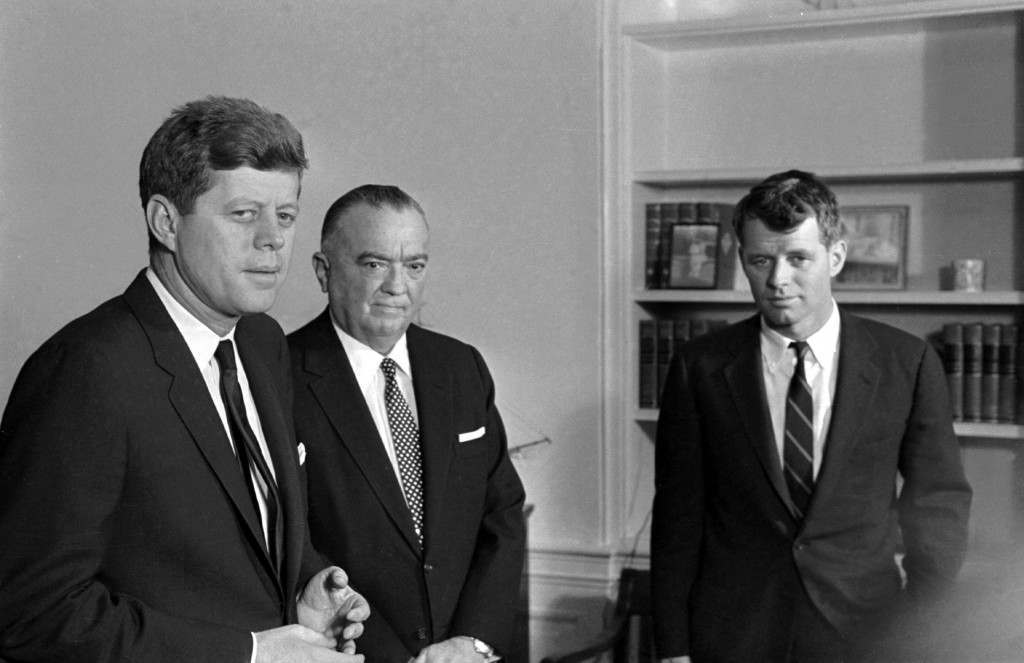 This combination of events set Hoover and King on a collision course. In the fall of 1963, just after the March on Washington, the F.B.I. extended its surveillance from Levison and other associates to King himself, planting wiretaps in King’s home and offices and bugs in his hotel rooms. Hoover found out very little about any Communist subterfuge, but he did begin to learn about King’s extramarital sex life, already an open secret within the civil rights movement’s leadership.

Hoover and the Feds seem to have been genuinely shocked by King’s behavior. Here was a minister, the leader of a moral movement, acting like “a tom cat with obsessive degenerate sexual urges,” Hoover wrote on one memo. In response, F.B.I. officials began to peddle information about King’s hotel-room activities to friendly members of the press, hoping to discredit the civil rights leader. To their astonishment, the story went nowhere. If anything, as the F.B.I. learned more about his sexual adventures, King only seemed to be gaining in public stature. In 1964, the Civil Rights Act passed Congress, and just a few months later King became the youngest man ever to be awarded the Nobel Peace Prize. 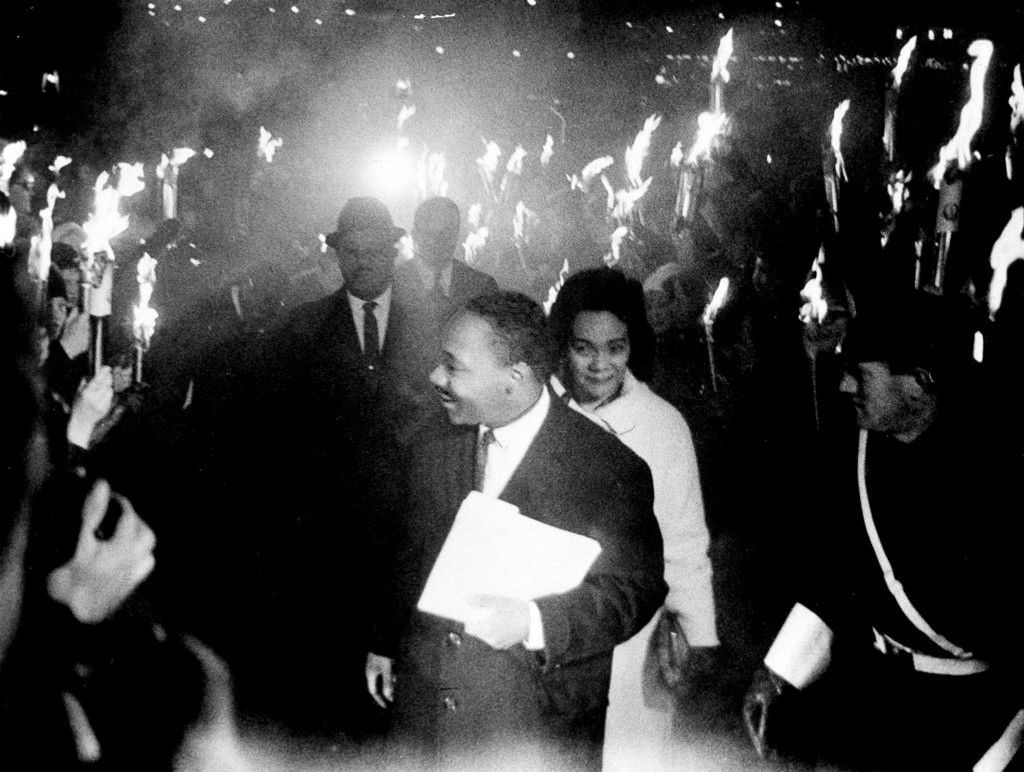 In this Dec. 10, 1964, file photo, through the smoke and fire from hundreds of torches, U.S. civil rights leader and Nobel Peace Prize winner, Dr. Martin Luther King Jr., arrives with his wife Coretta to deliver the traditional Nobel address at the University of Oslo Festival Hall. Behind them is Rev. Ralph Abernathy, King’s closest associate. (AP Photo, File) Ref #: PA.21170951

At this point Hoover decided to escalate his campaign. On Nov. 18, 1964 — 50 years ago this week — Hoover denounced King at a Washington news conference, labeling him the “the most notorious liar in the country.” A few days later, one of Hoover’s deputies, William Sullivan, apparently took it upon himself to write the anonymous letter and sent an agent to Miami, to mail the package to Atlanta.

This was not the first time King had been attacked. 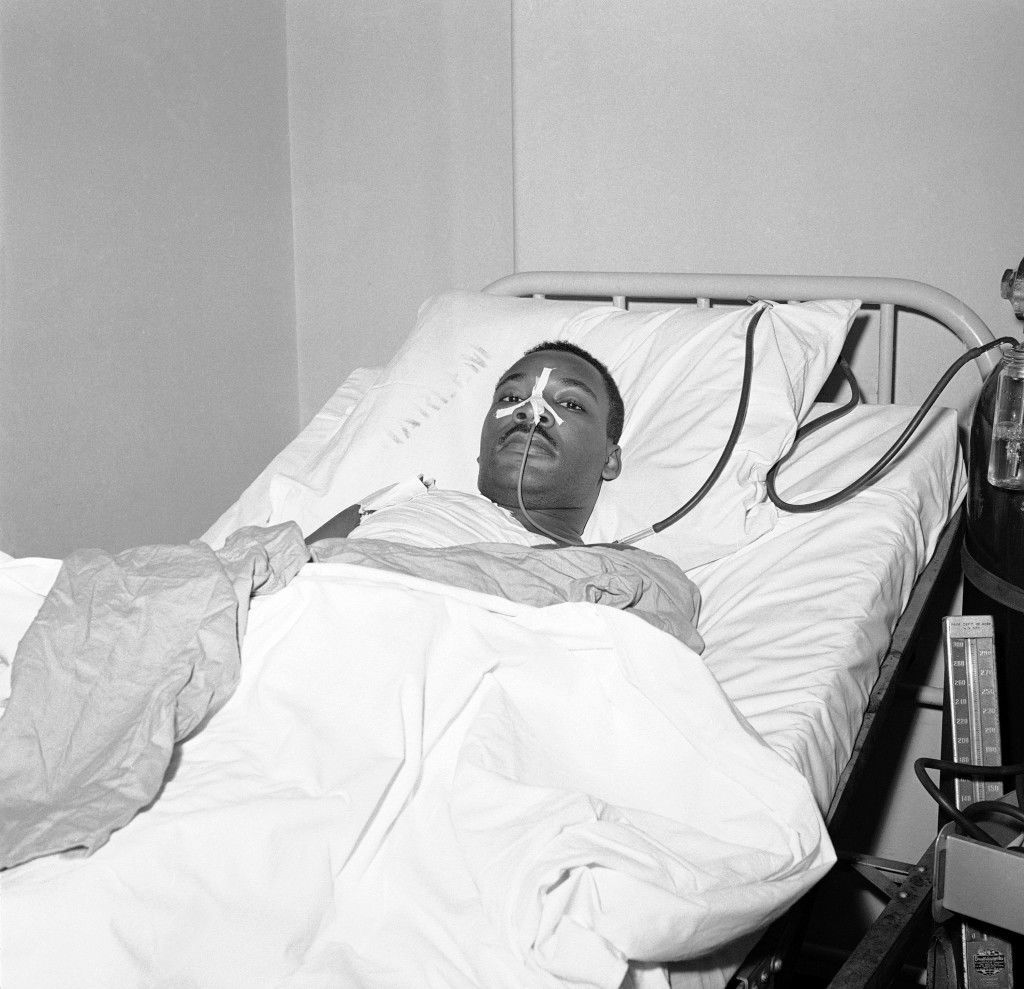 This may be just the time to brush up on Cointelpro, the notorious program through which FBI Director J. Edgar Hoover vigorously disrupted the activities of American political dissidents.

From 1956 until 1971, the FBI stalked and sabotaged a wide range of groups – from the Communist Party to Martin Luther King’s Southern Christian Leadership Conference. Cointelpro labeled King’s nonviolent SCLC a Black nationalist “Hate Group,” and hounded the Nobel Peace Prize winner until he was assassinated. (Explore Dr. King’s FBI file.)..

In 1956, Cointelpro was established to evade court decisions barring the government from interfering with activities that weren’t unlawful. In 1975, Frank Church led a Senate committee’s probe of Cointelpro after antiwar activists stole and exposed incriminating FBI files. The Committee reported:

The report revealed that the FBI:

The FBI played a key role in what turned out to be the murder of Panther Fred Hampton, who was shot while in bed by Chicago police. 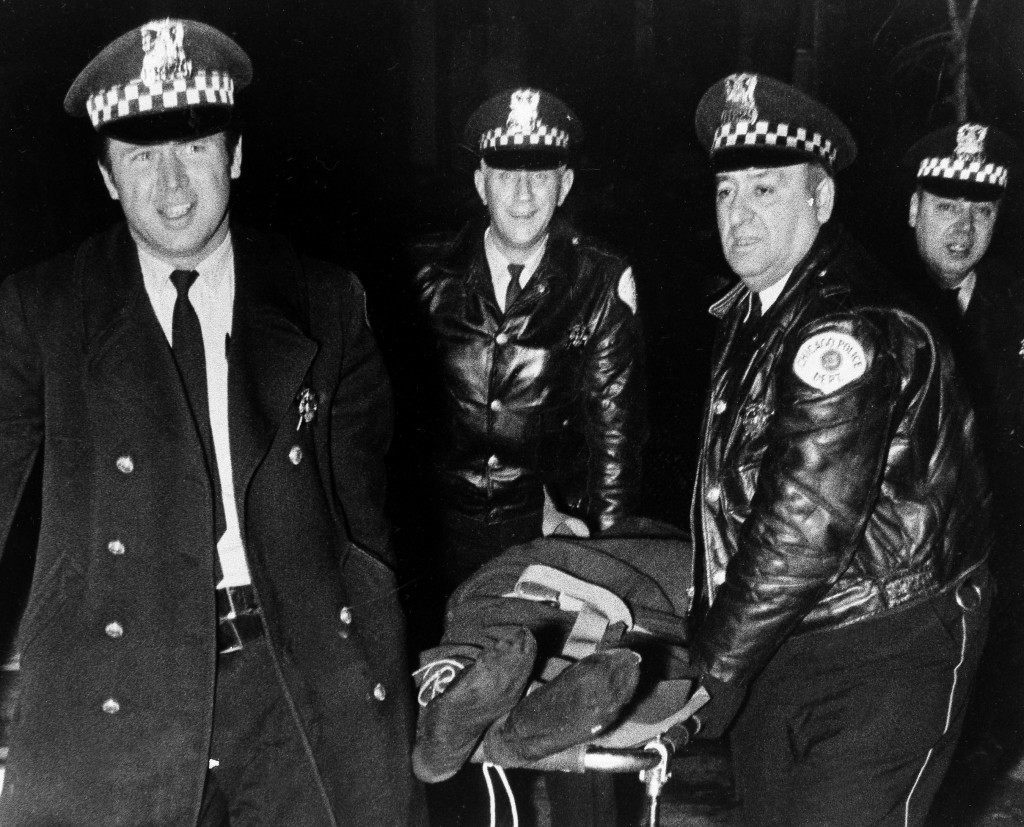 Chicago police remove the body of Fred Hampton, leader of the Illinois Black Panther party, who was slain in a gun battle with police on Chicago’s west side, Dec. 4, 1969. Shooting erupted as police arrived at a building next to the Black Panthers office to serve a warrant. (AP Photo)
Ref #: PA.4571012

Portions of the letter had been previously redacted. One of these portions contains a claim that the letter was written by another African-American: “King, look into your heart. You know you are a complete fraud and a great liability to all us Negroes.” It goes on to say “We will now have to depend on our older leaders like Wilkins, a man of character and thank God we have others like him. But you are done.” This line is key, because part of the FBI’s strategy was to try to fracture movements and pit leaders against one another.

The entire letter could have been taken from a page of GCHQ’s Joint Threat Research and Intelligence Group (JTRIG)—though perhaps as an email or series of tweets. The British spying agency GCHQ is one of the NSA’s closest partners. The mission of JTRIG, a unit within GCHQ, is to “destroy, deny, degrade [and] disrupt enemies by discrediting them.” And there’s little reason to believe the NSA and FBI aren’t using such tactics. 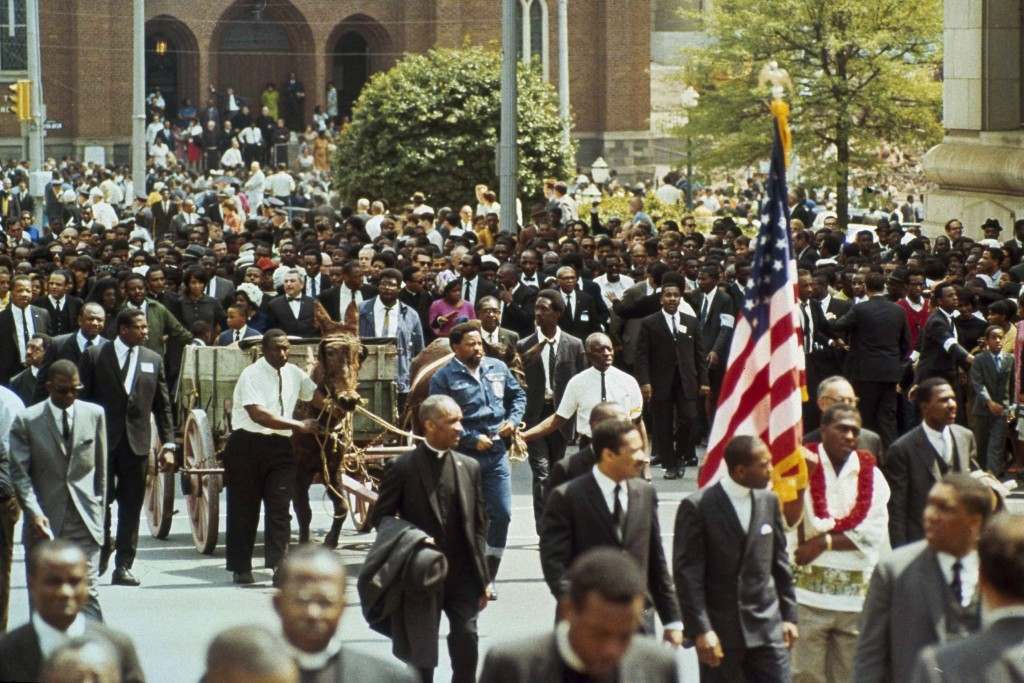