On 10 April 1940 Germany attacked. The Luftwaffe launched daylight attacks on British ports and shipping in the English Channel. These Kanalkampf (“Channel Battles”) forced the British to cease convoys.

On 18 June 1940, Primie Minister Winston Churchill told his ‘Island Race’: “… the Battle of France is over. The Battle of Britain is about to begin.” Four days later, France surrendered to Germany and Hitler focused on Britain. 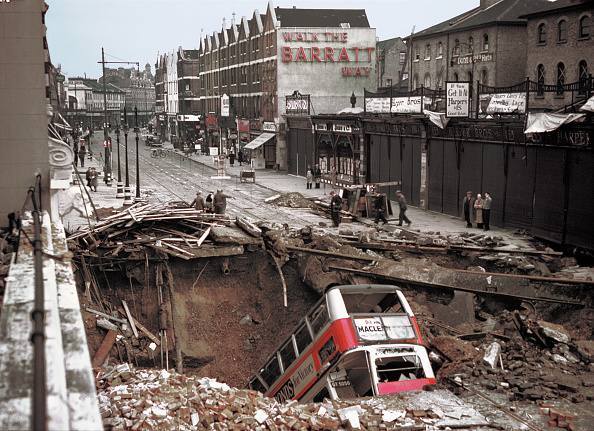 A number 88 bus lies in a large crater in the road in Balham, London, the morning after a German air raid during the Battle of Britain, 15th October 1940.

The plan was simple. Hermann Goering, the Luftwaffe’s Commander-in-Chief, was tasked with defeating the RAF, which in Hitlers words must be “beaten down to such an extent that it can no longer muster any power of attack worth mentioning against the German crossing”.

The Germans predicted the fight would take days. It lasted three months.

The RAF had home advantage, a roughly equal number of planes and radar. The RAF was fighting for the lives of everyone on the ground below – a fact proven on the night of 24/25 August when Germany bombed London. 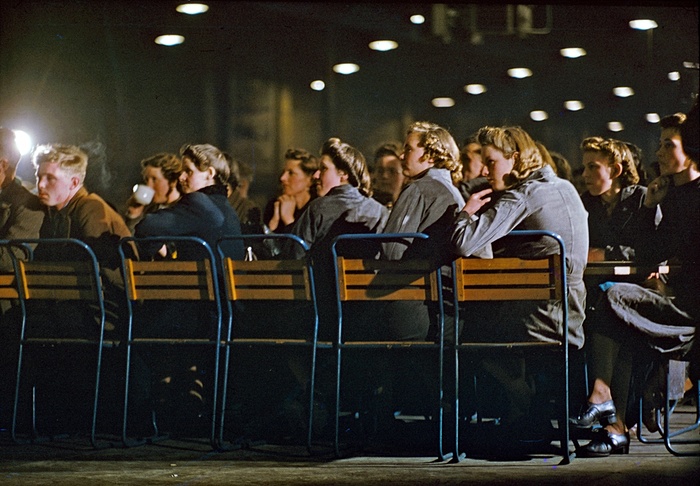 Churchill immediately ordered RAF Bomber Command to launch reprisal raids on Berlin the following night. Hitler was outraged and on 5 September, he ordered the Luftwaffe to concentrate its attacks upon London and other major British cities… On 7 September, nearly four hundred German bombers targeted docks in the East End of London, killing 490 civilians and injuring 1,200. This would be the first of 57 consecutive nights of bombing known as the Blitz…

On 15 September, now known as Battle of Britain Day, the Luftwaffe mounted its largest and most concentrated attack on London in the hope of drawing out the RAF into a final battle of annihilation. However, the German raids were decisively defeated. RAF fighters shot down 61 German aircraft for the loss of 31, inflicting the highest losses the Luftwaffe had suffered for over a month.

On 17 September, Hitler was forced to delay his plans to invade Britain. The Luftwaffe continued to bomb Britain until the end of the war. But the vital battle that would come to define the war in Britain had been won. 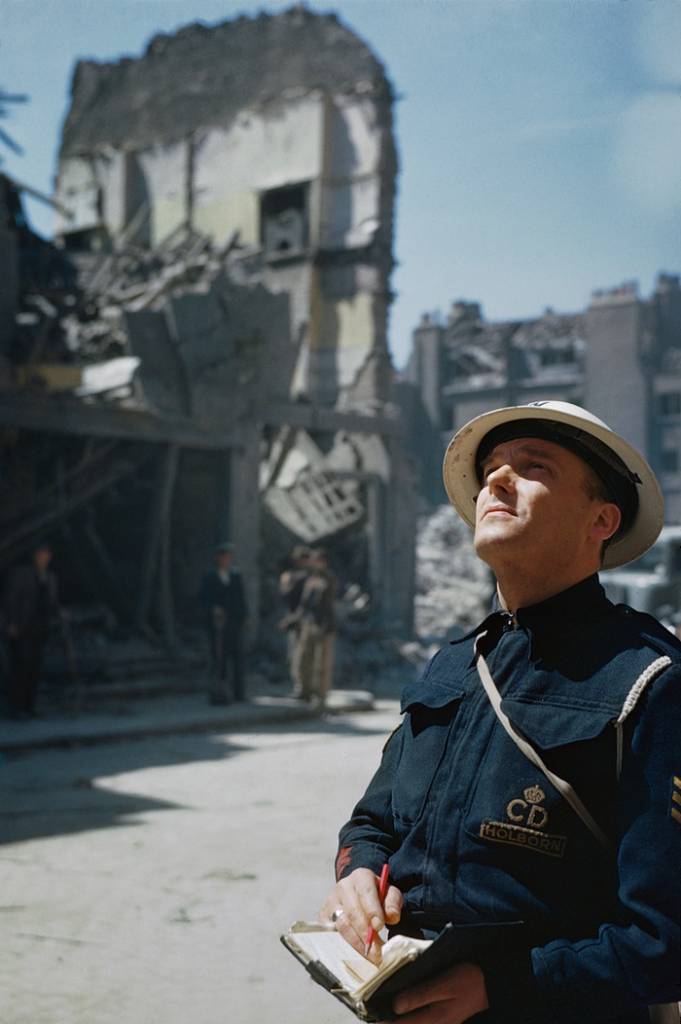 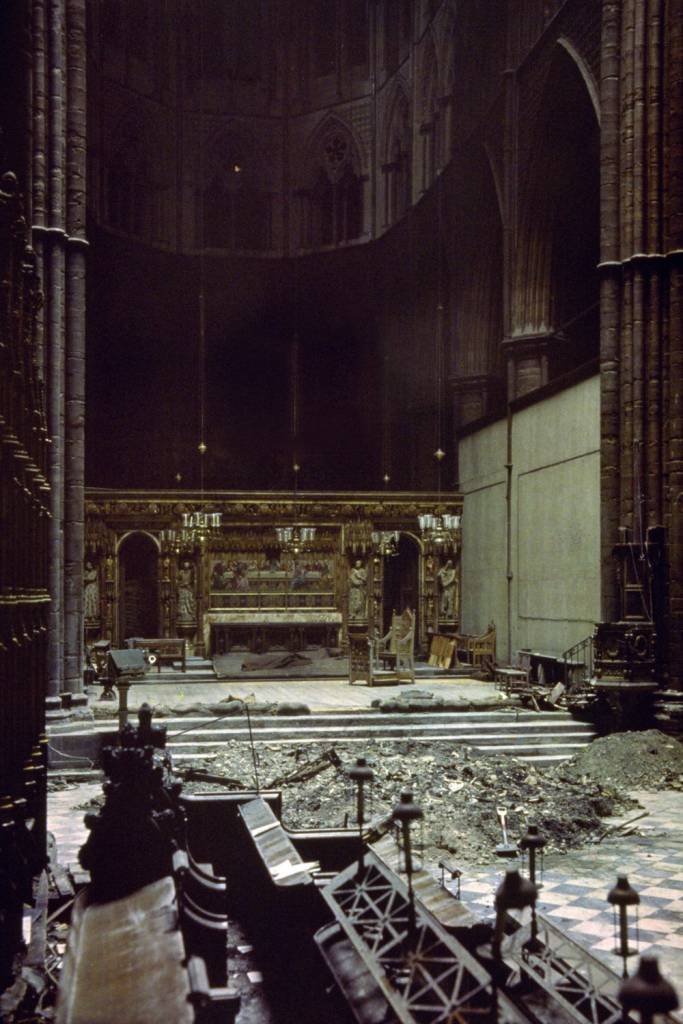 circa 1941: The interior of Westminster Abbey after a German bombing raid. (Photo by Hulton Archive/Getty Images) 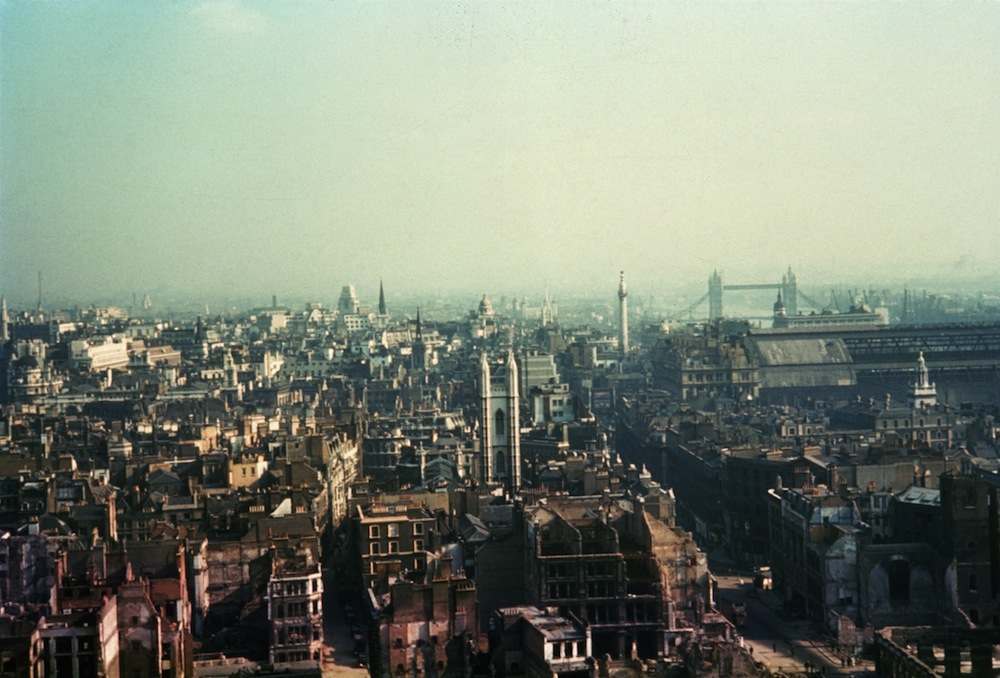 circa 1940: A heap of rubble and the shell of a house in the Temple area of London, after a World War II German bombing raid. (Photo by Frank J. Galloon/Topical Press Agency/Getty Images) 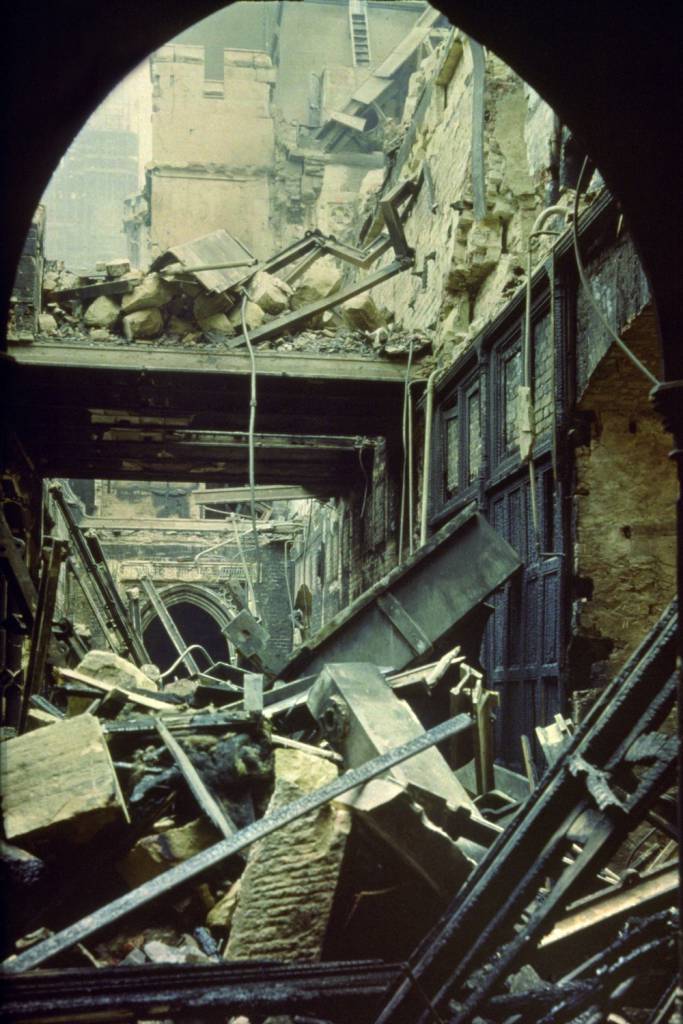 circa 1941: The bomb-damaged ayes lobby in the Houses of Parliament. (Photo by Hulton Archive/Getty Images) 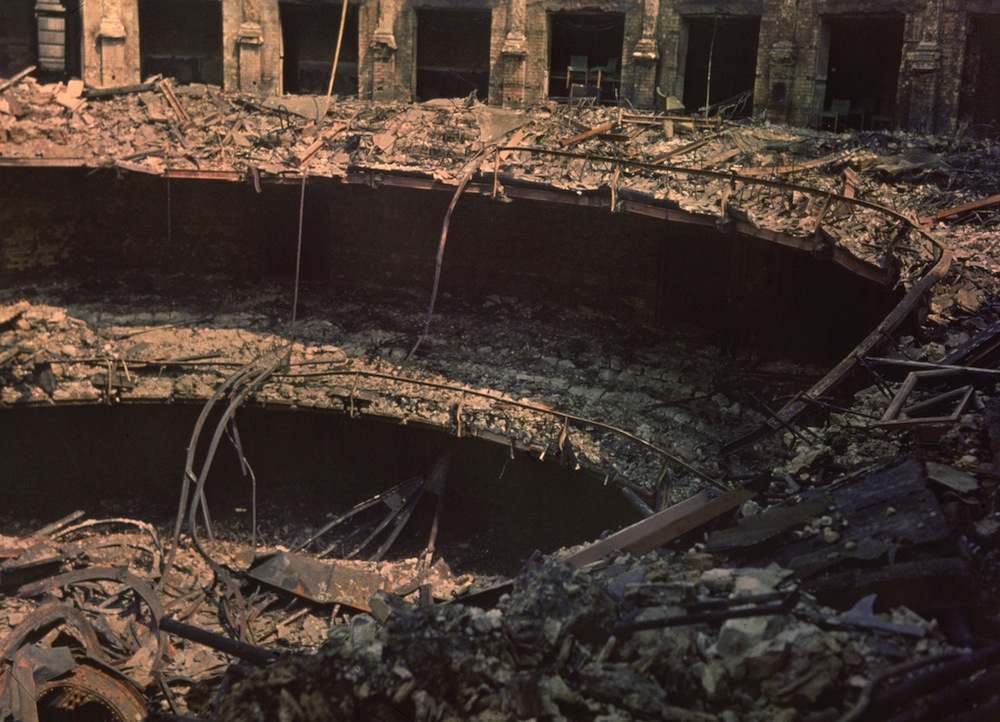 circa 1941: The ruined shell of Queen’s Hall, London, bombed in May 1941. (Photo by Hulton Archive/Getty Images) 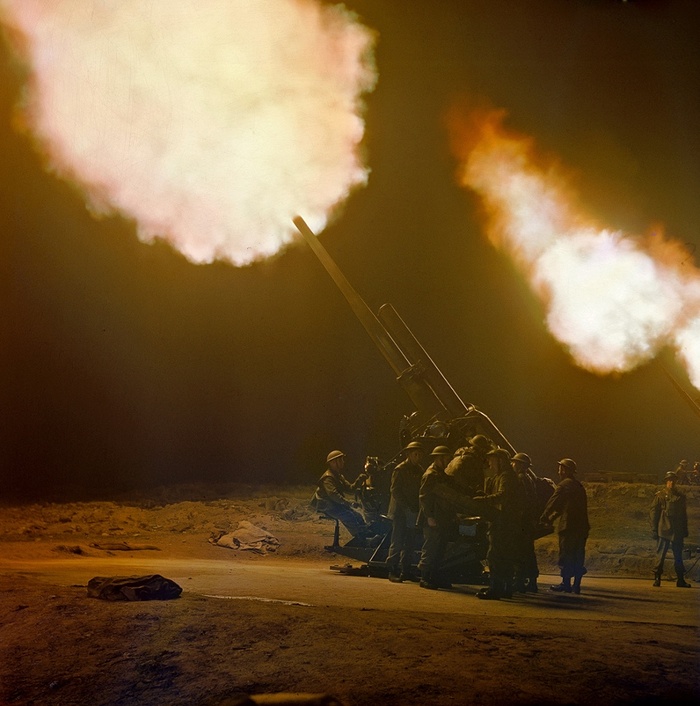 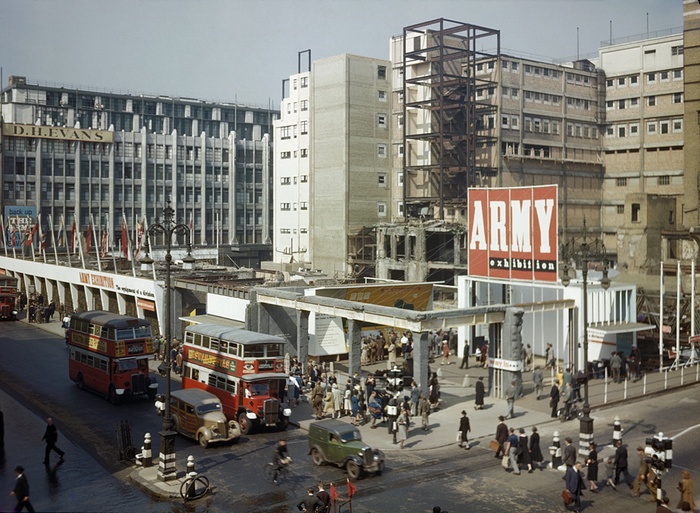 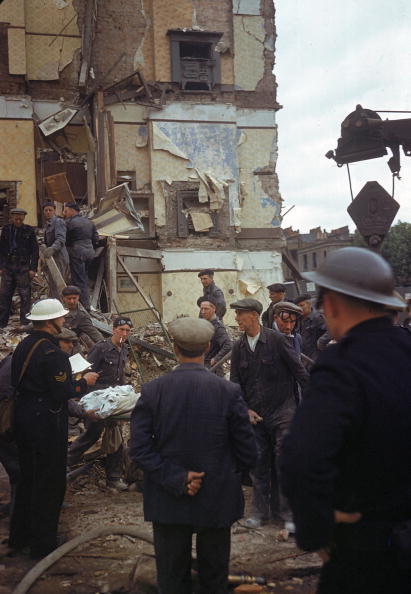 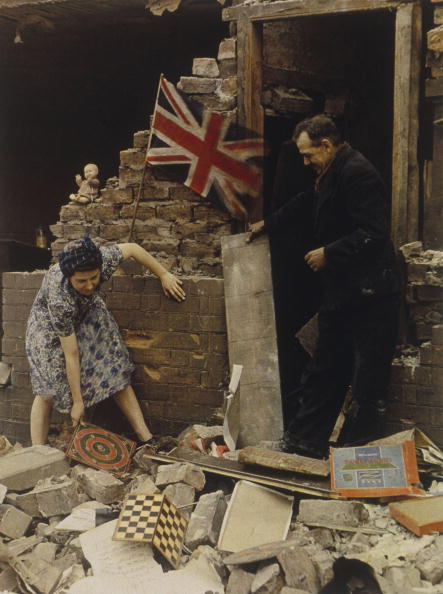 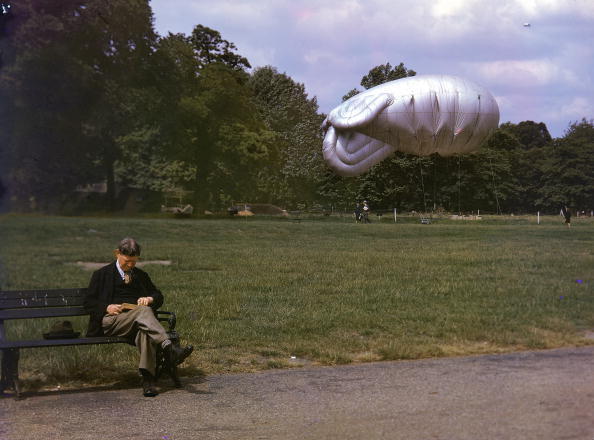 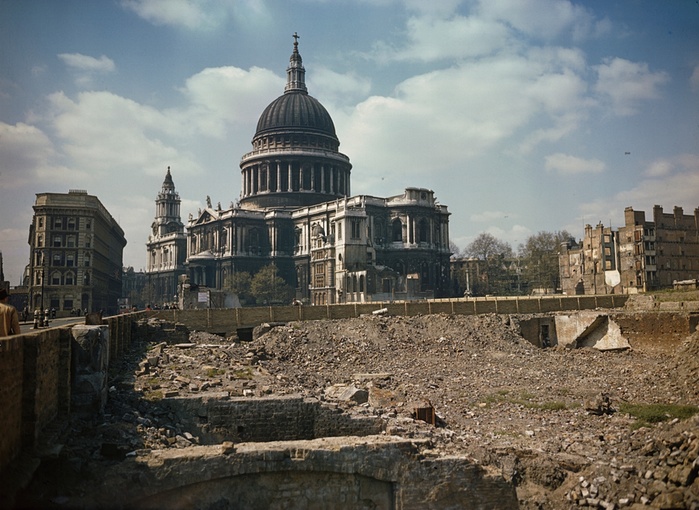 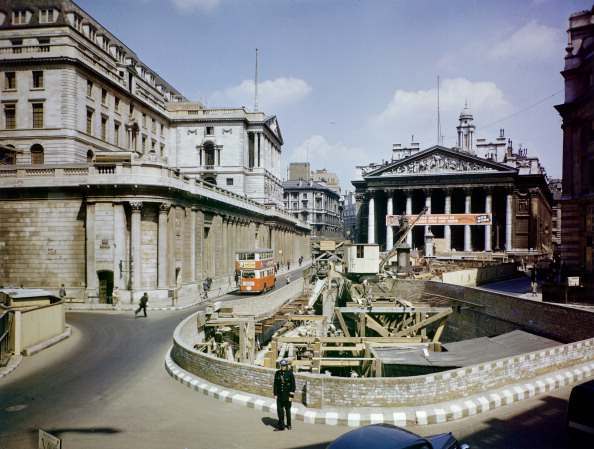 Bomb damage to Bank underground station outside the Royal Exchange and Bank of London, Threadneedle Street, during the Battle of Britain, September 1940. (Photo by William Vandivert/The LIFE Picture Collection/Getty Images) 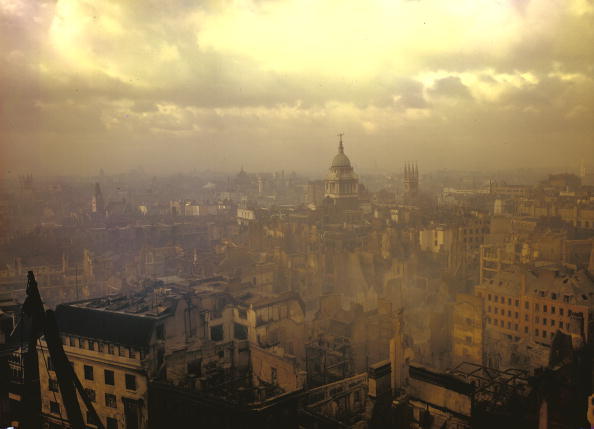 Scene from London after heavy German air raid bombing attacks during the Battle of Britain. 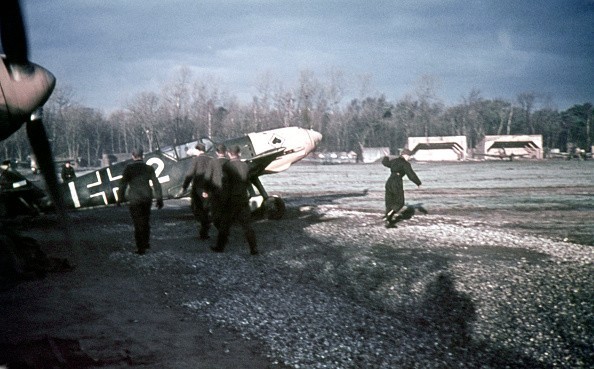 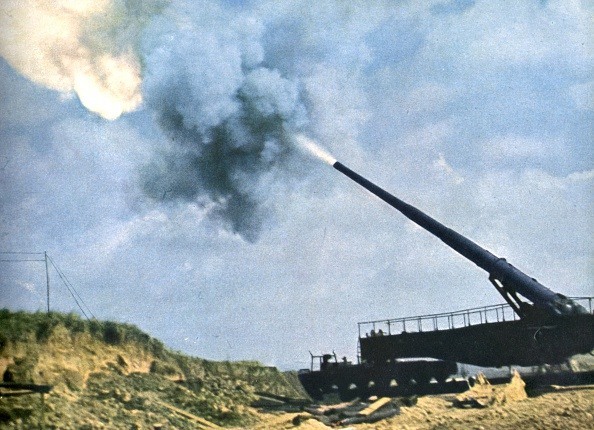 Germany at war, Signal magazine, 1940. German railway heavy Krupp gun bombing Dover during the summer 1940. The Battle of Britain Luftschlacht um England, or Air battle for England is the name given to the Second World War air campaign waged by the German Air Force Luftwaffe against R. A. F. Royal Air Force defending the United Kingdom during the summer and autumn of 1940. The Battle of Britain was the first major campaign to be fought entirely by air forces, and was also the largest and most sustained aerial bombing campaign to that date. 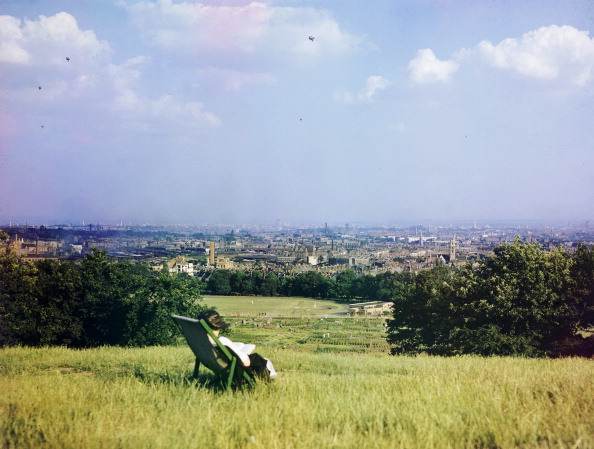 A figure sits in a deckchair on Parliament Hill, Hampstead Heath, overlooking ruins from the Battle of Britain, World War II, London, United Kingdom, circa 1940. At the bottom of the hill is the Athletics Track, and a number of allotments.