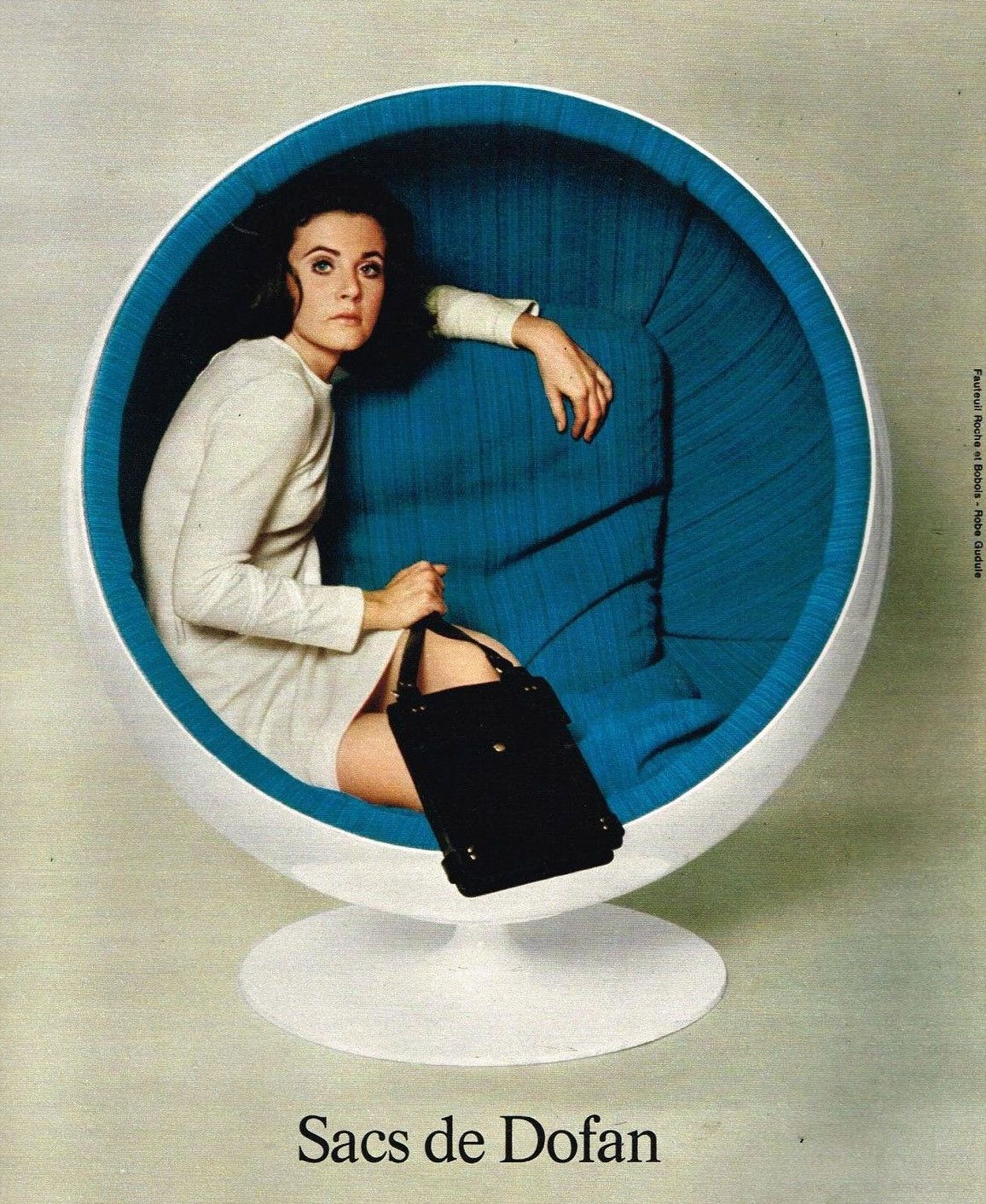 Has there ever been a cooler place to sit than the infamous ball chair?  Its shape would vary slightly, and so would its name: the “pod chair”, “globe chair” and “egg chair”. This innovative design gained popularity in the mid sixties as an ultra-hip addition to your space-age bachelor pad.  The ball chair came into being in 1963 (by Finnish furniture designer Eero Aarnio), then narrowed to an egg shape in 1968 (by Danish industrial designer Henrik Thor-Larsen).

By the mid-seventies it had lost its mod-luster and was probably more associated with being a good spot for teenagers to smoke weed, as shown in the film Dazed and Confused… 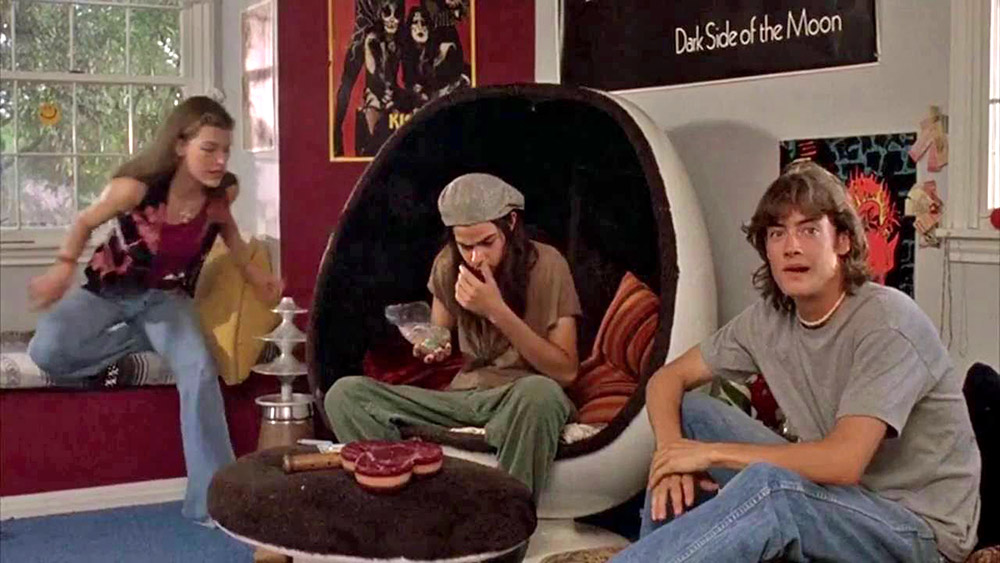 Let’s have a look at some images featuring the iconic ball and egg chairs from the 1960s and 1970s. Enjoy. 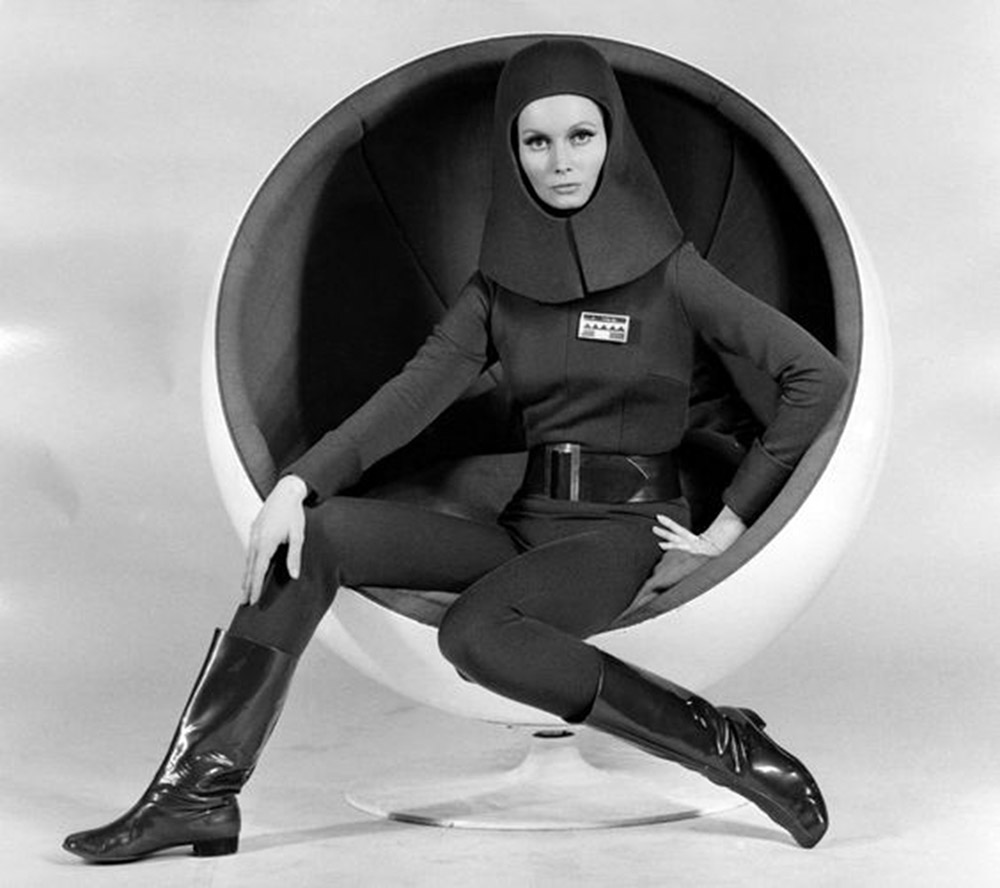 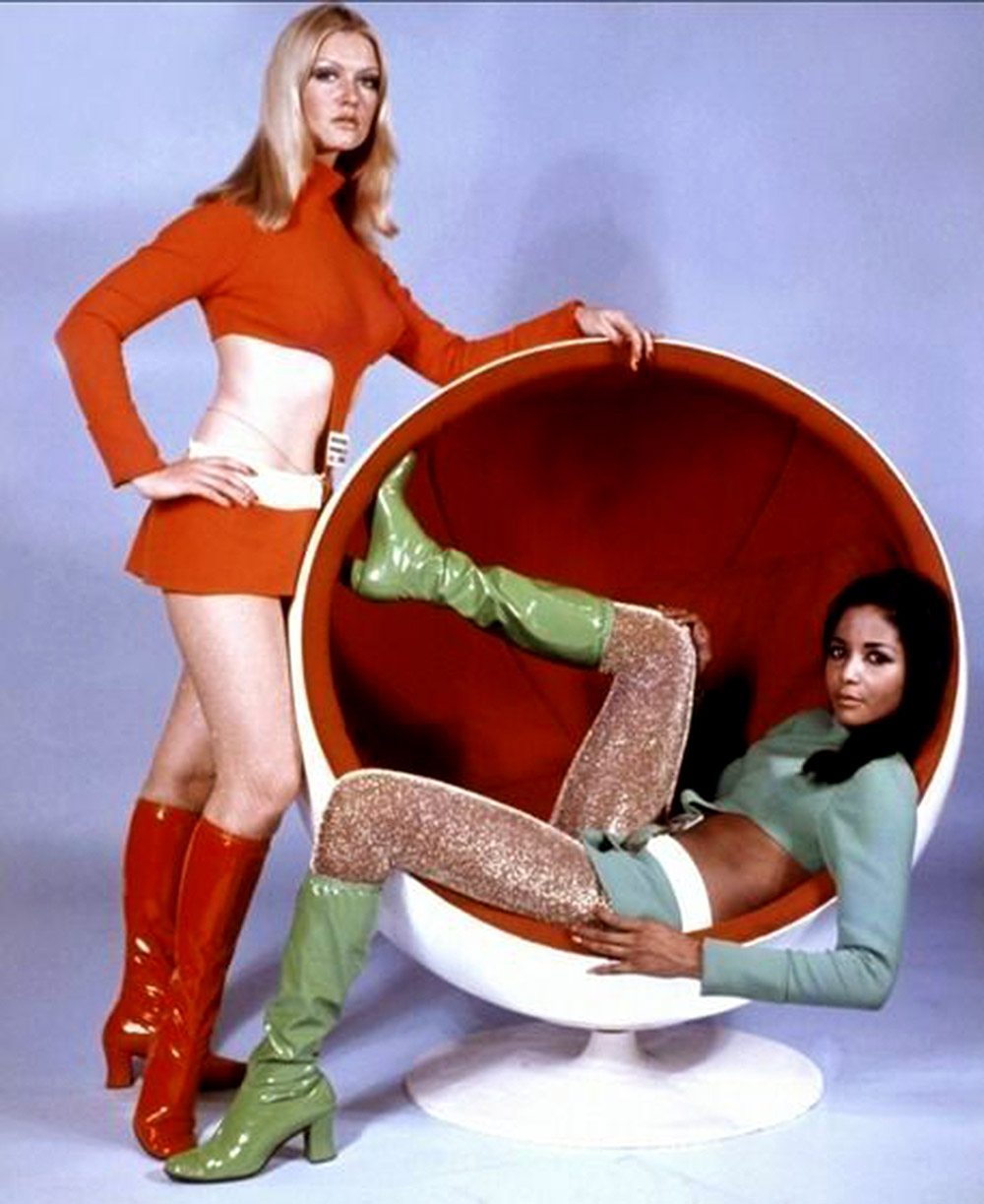 Initially, the egg/pod chair had a futuristic feel, and was the chair-of-choice for sci-fi movies and TV shows.  It popped up in A Clockwork Orange as well as a lesser known film called Zeta One AKA The Love Factor (1969) 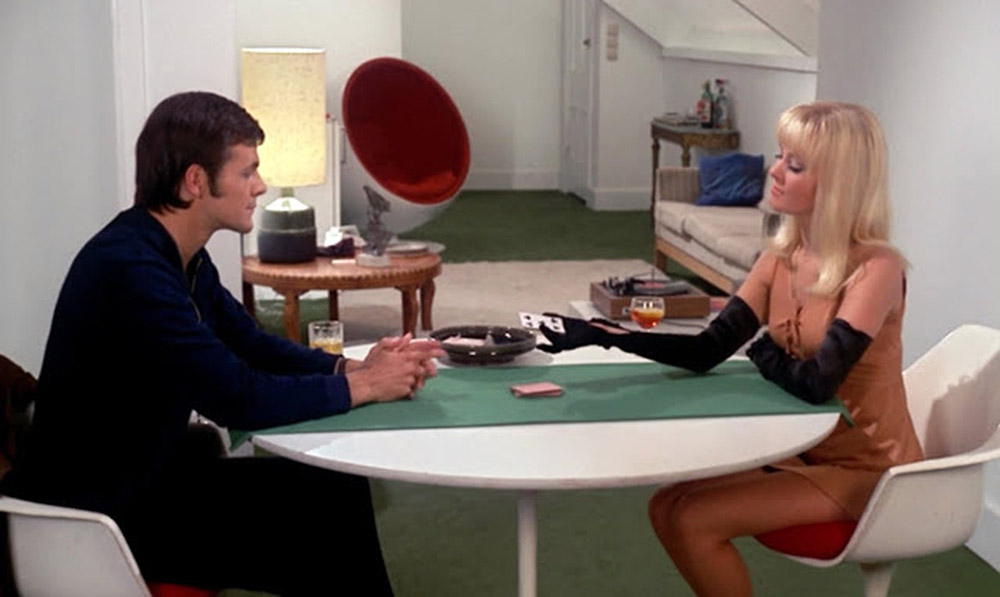 Ann-Margret gets inside an egg chair in Tommy… 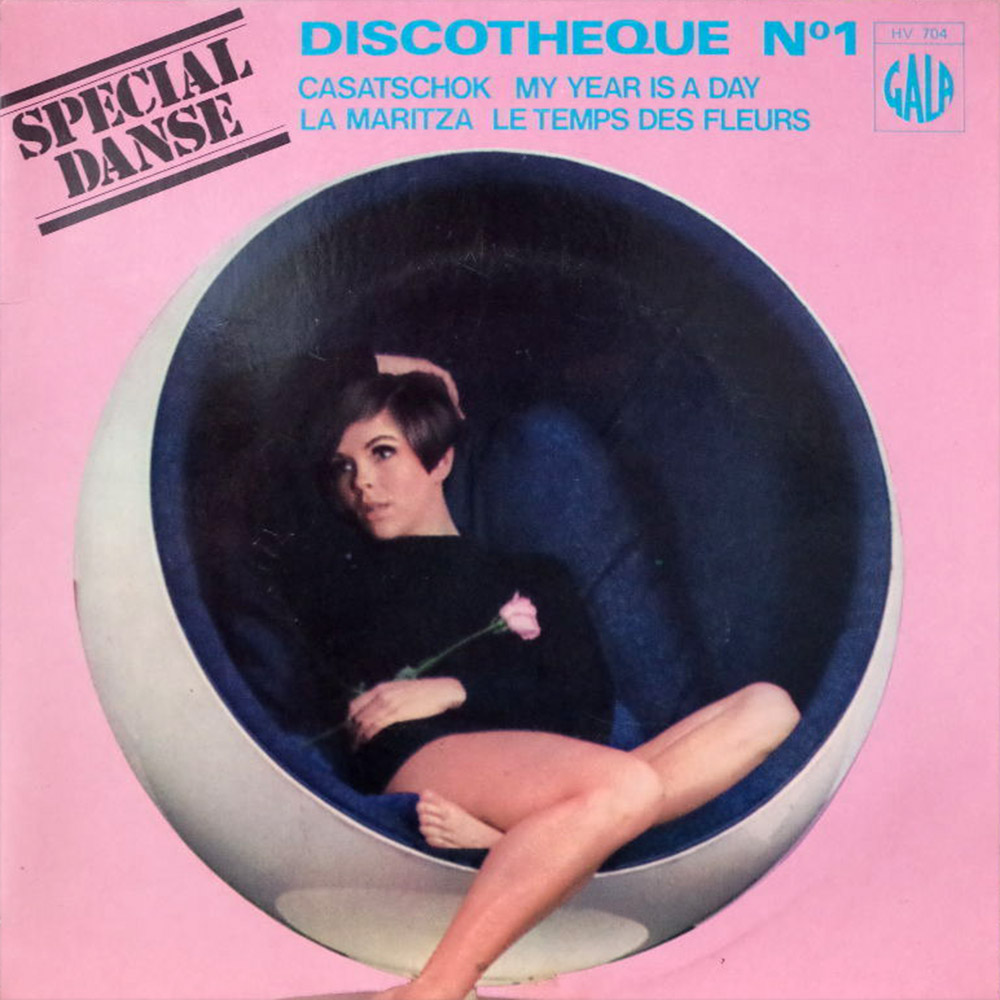 There have been a number of album covers to feature the ball and egg chair over the years. 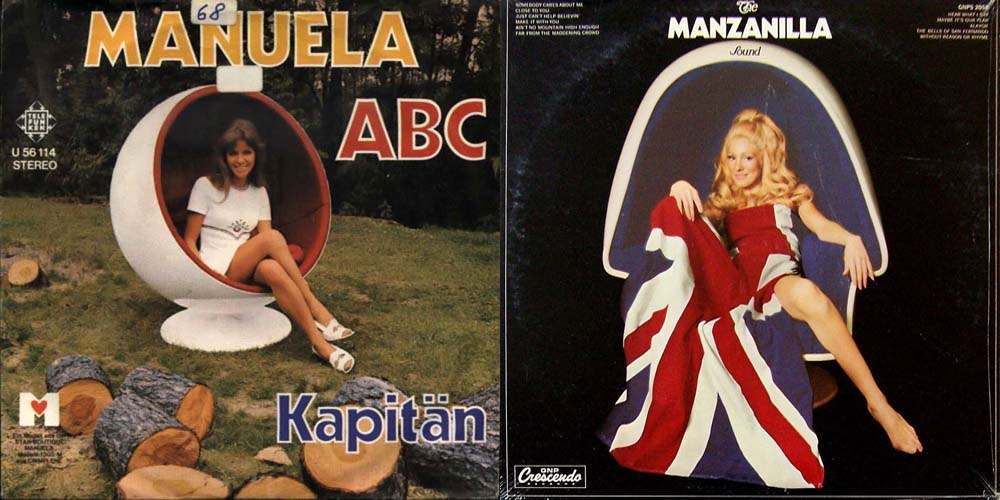 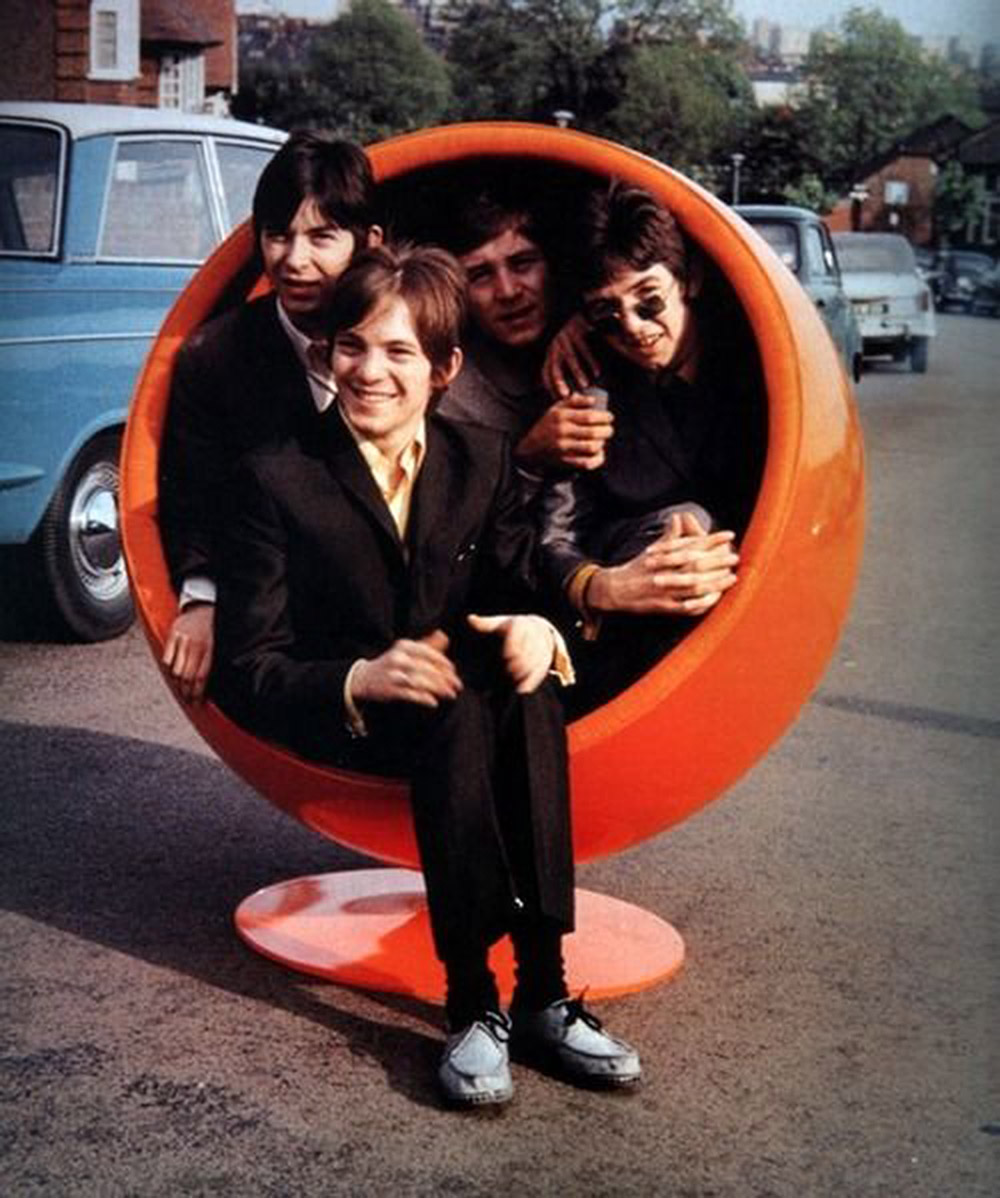 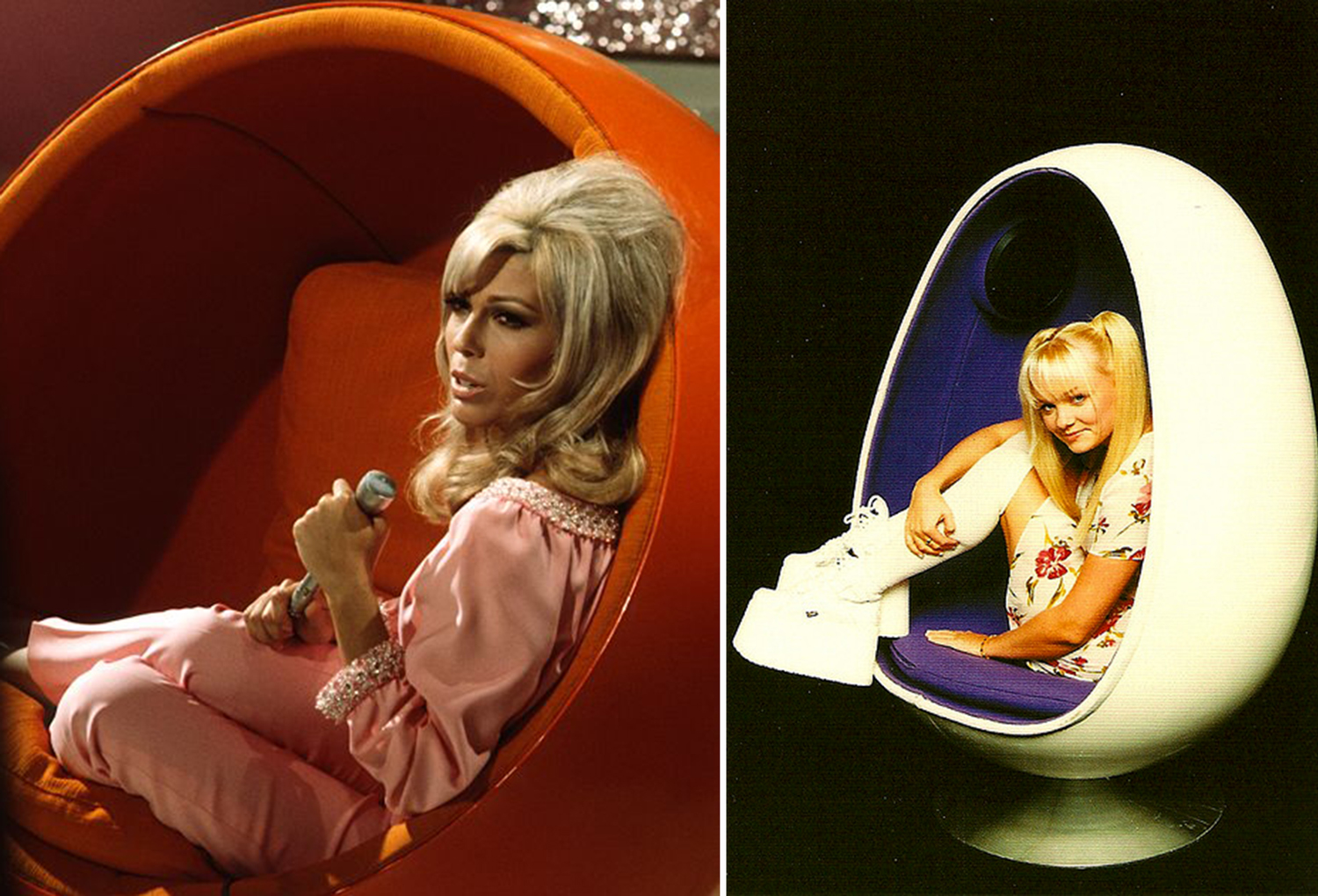 Nancy Sinatra and Baby Spice in Ball and Egg chairs 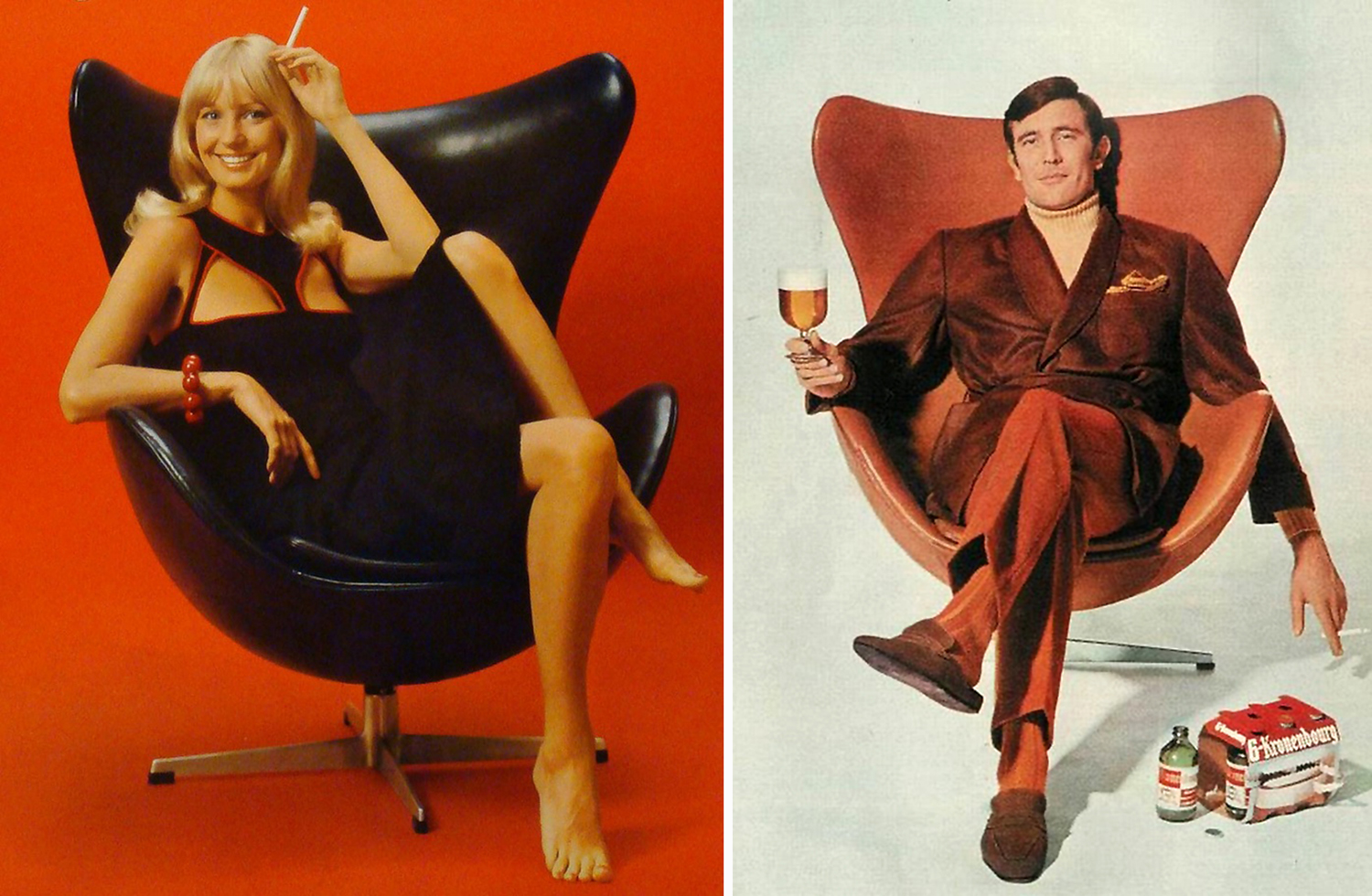 Now, if we want to get technical with our terminology – this is actually the official “egg chair”, developed in the late 1950s.  However, it’s also correct to call the narrower globe/ball chair an egg chair, as its original name was the “Ovalia Egg Chair”.  A good example is in the film Men In Black: 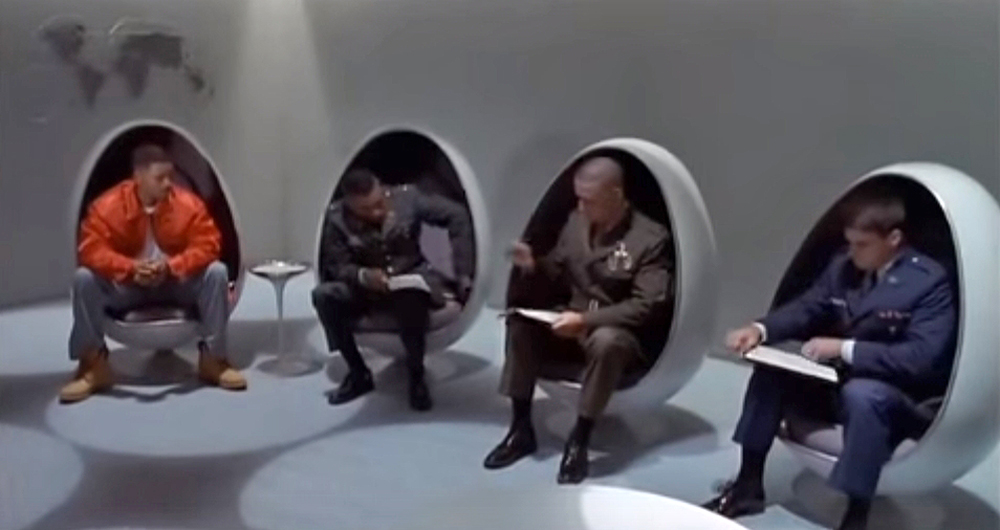 But enough about labels, let’s have a look at Women in Ball & Egg Chairs…. 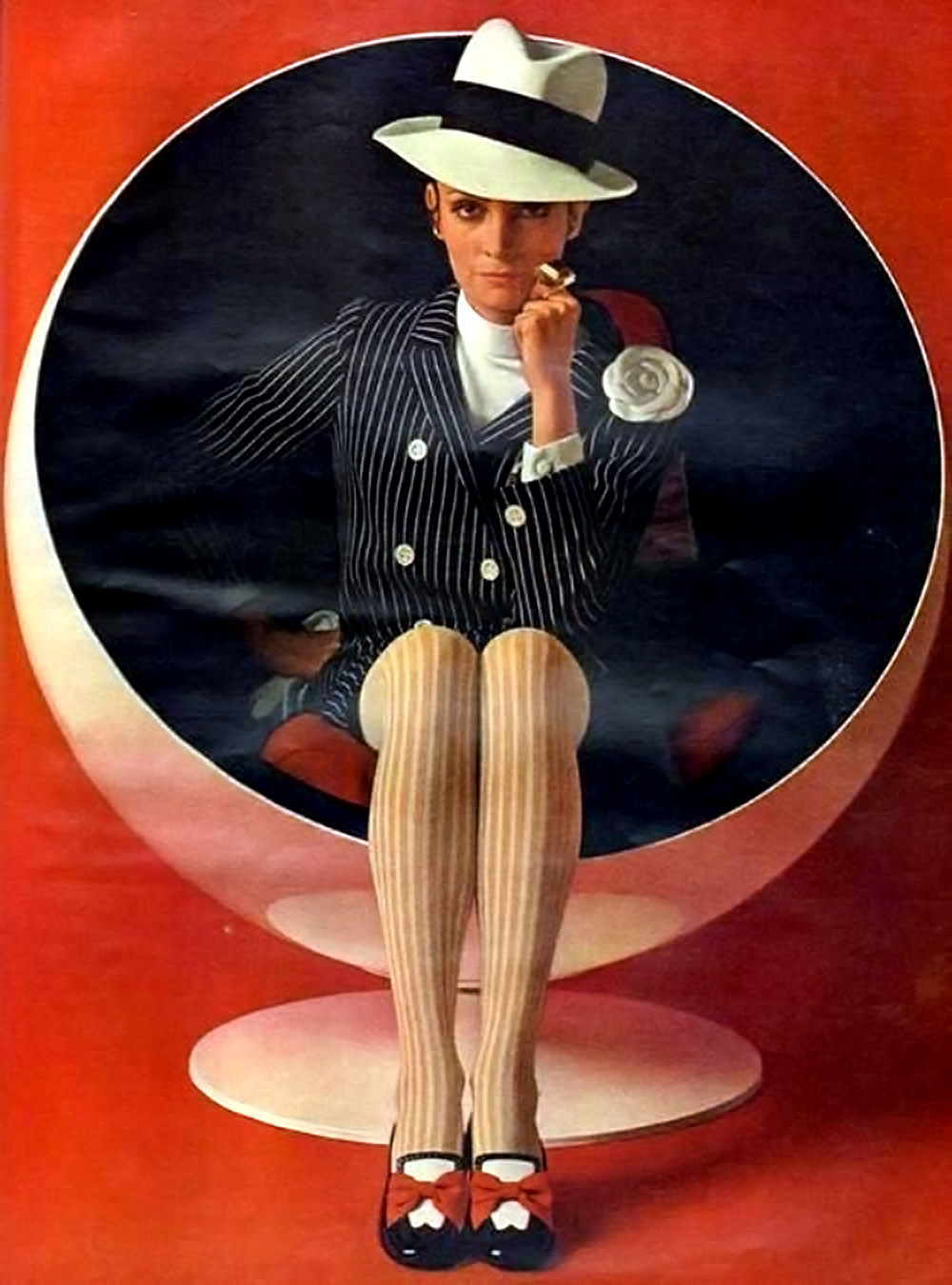 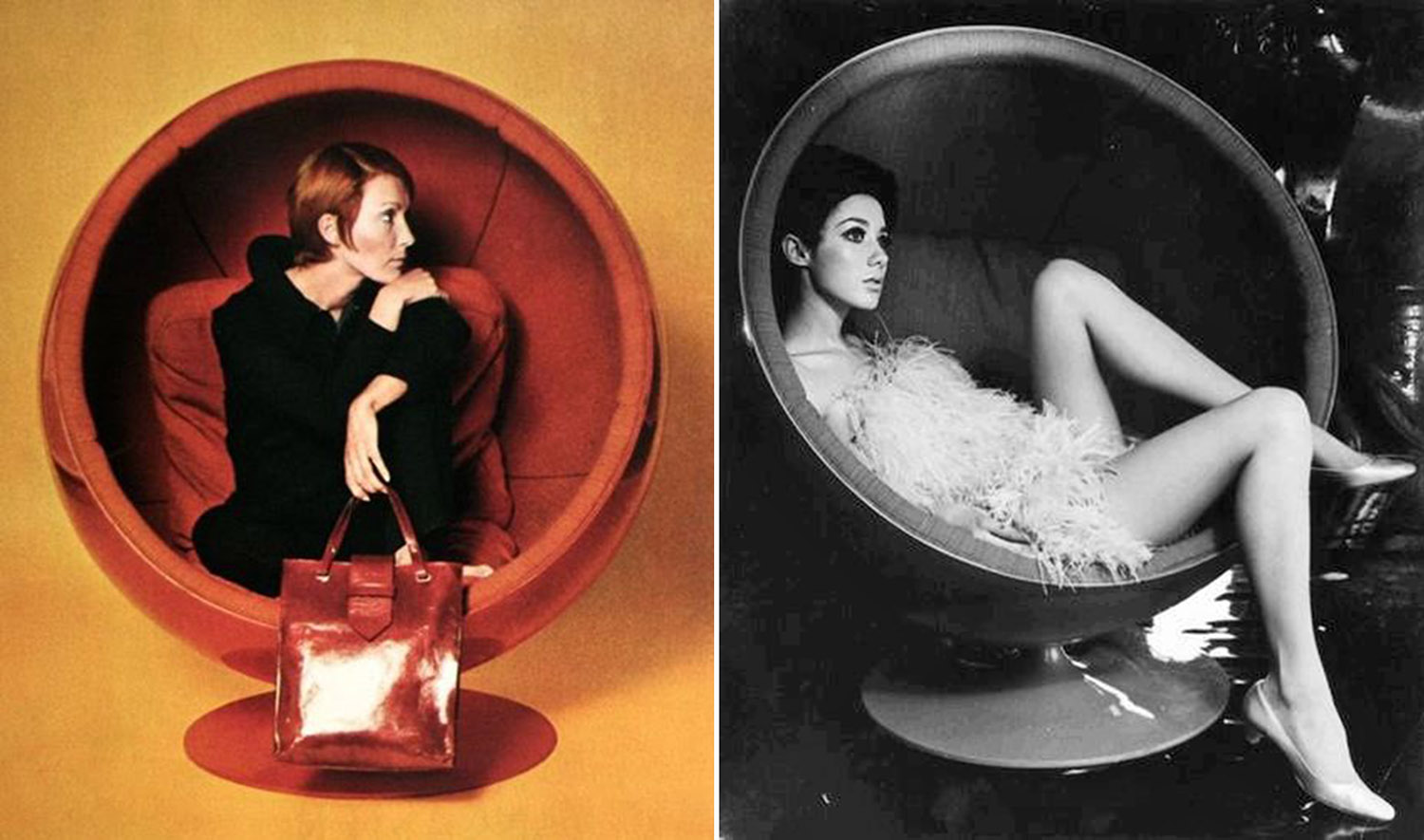 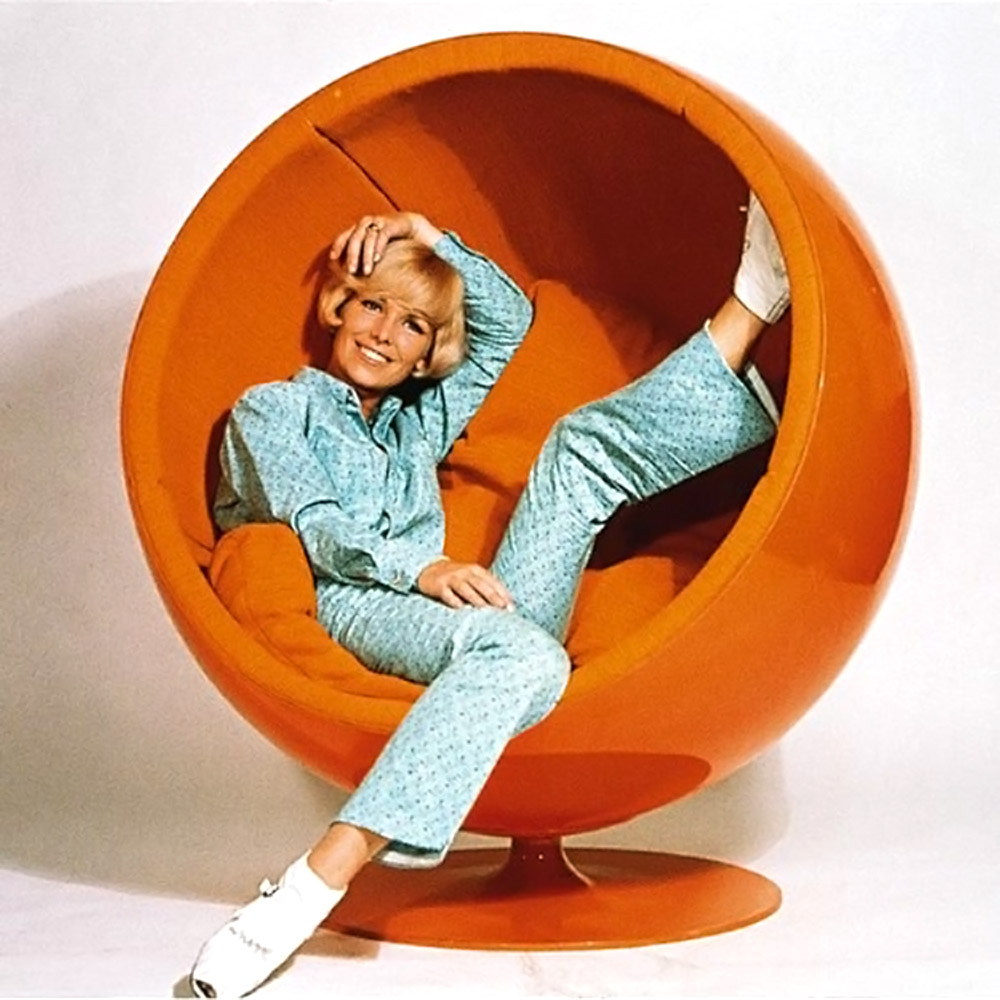 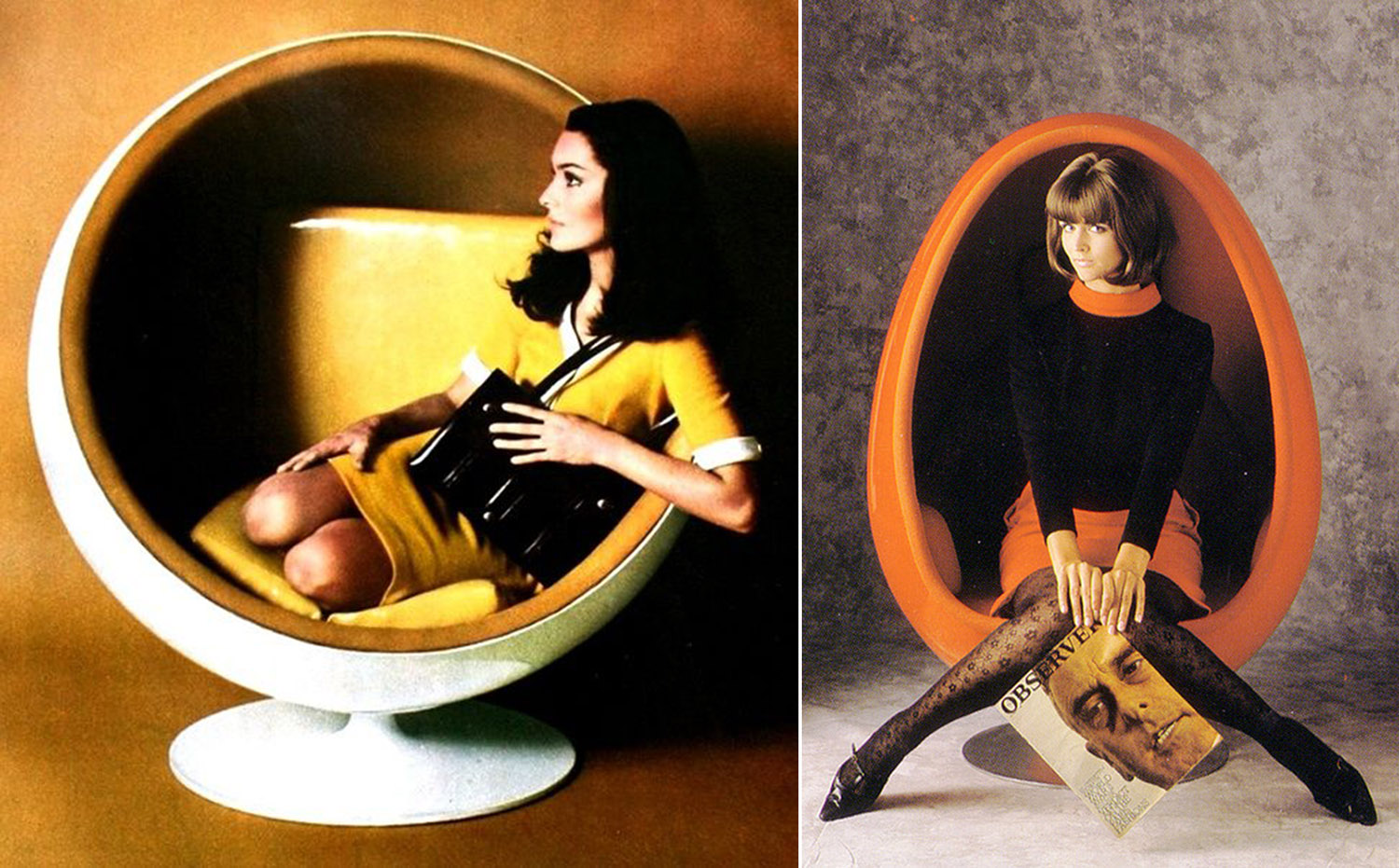 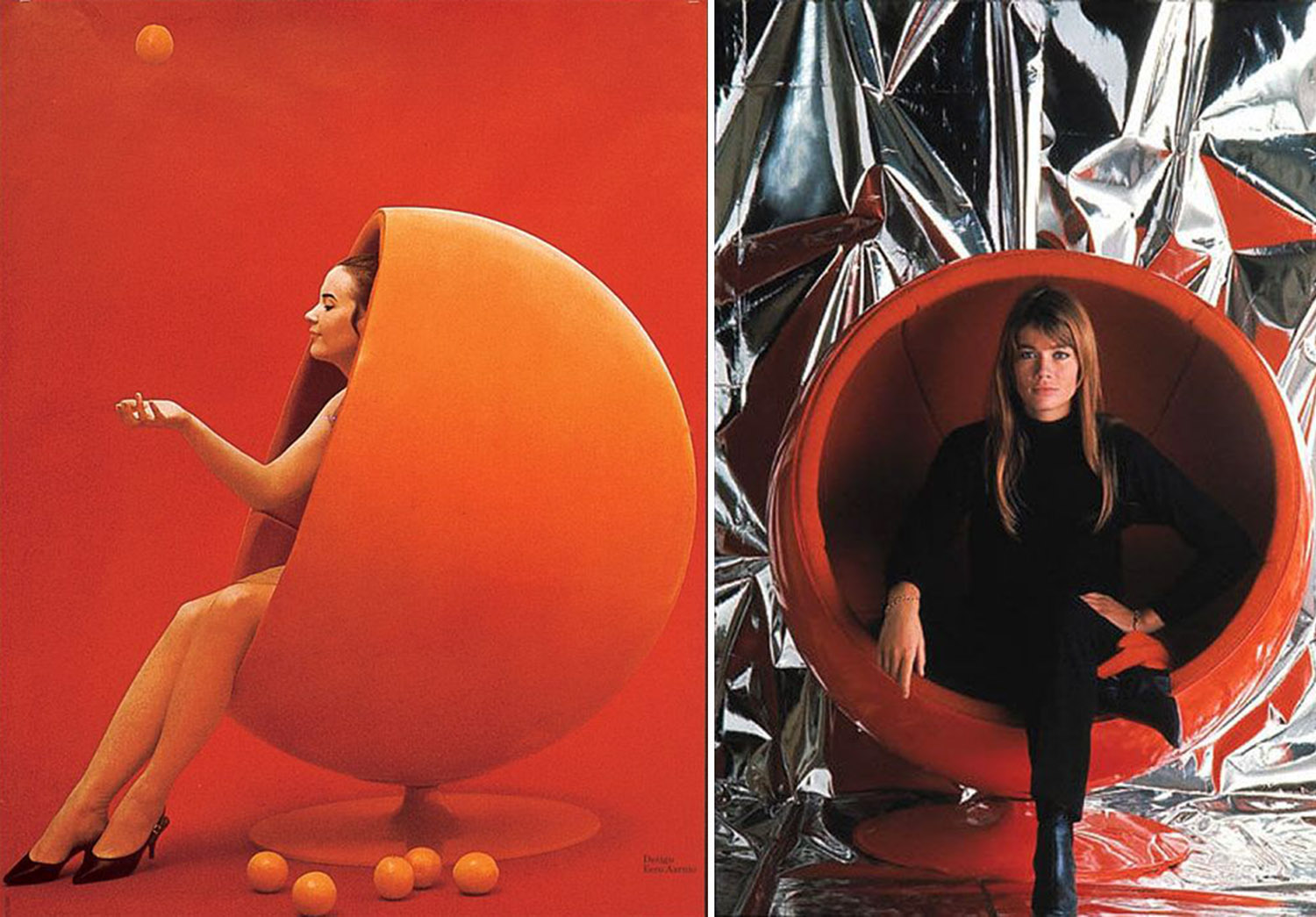 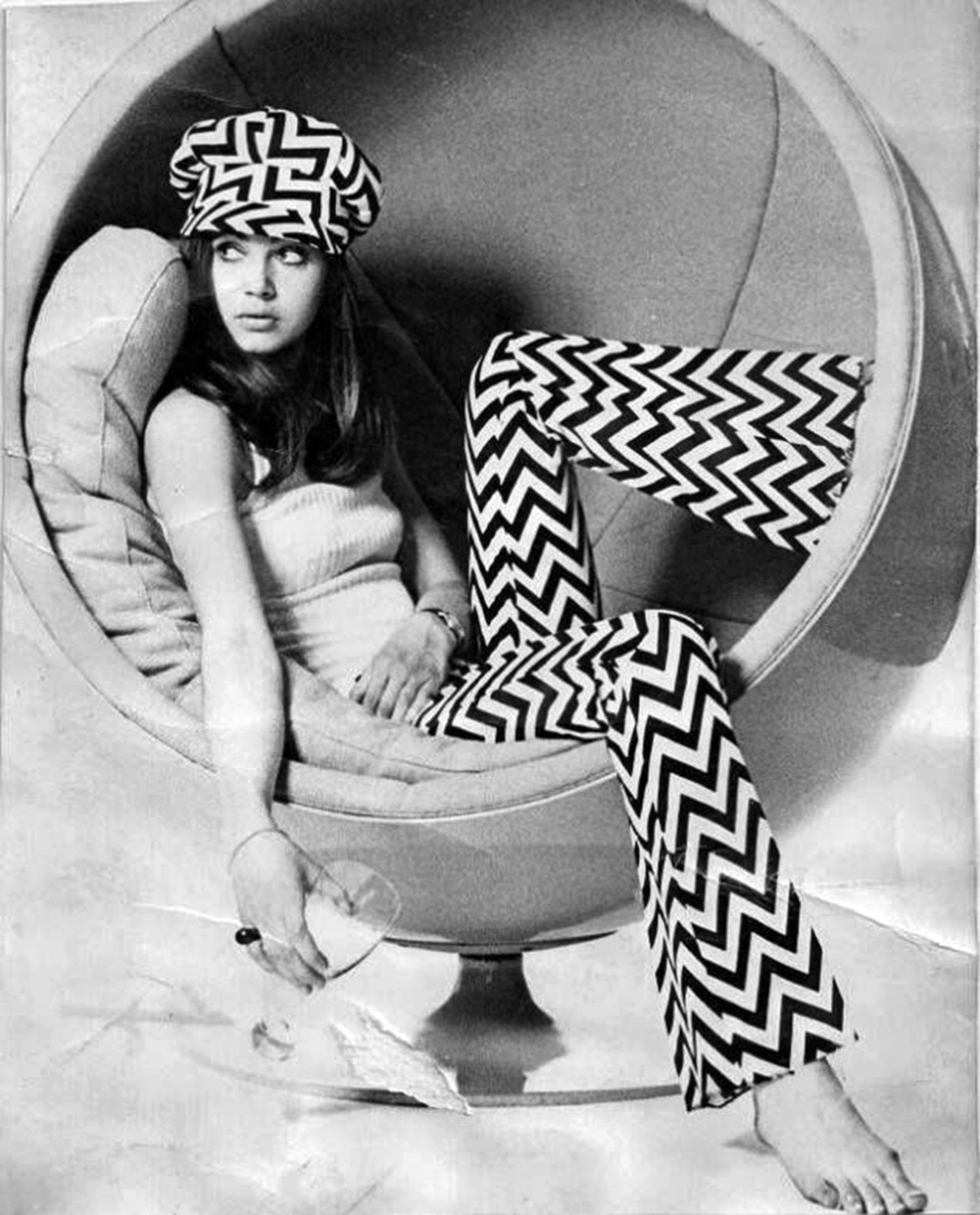 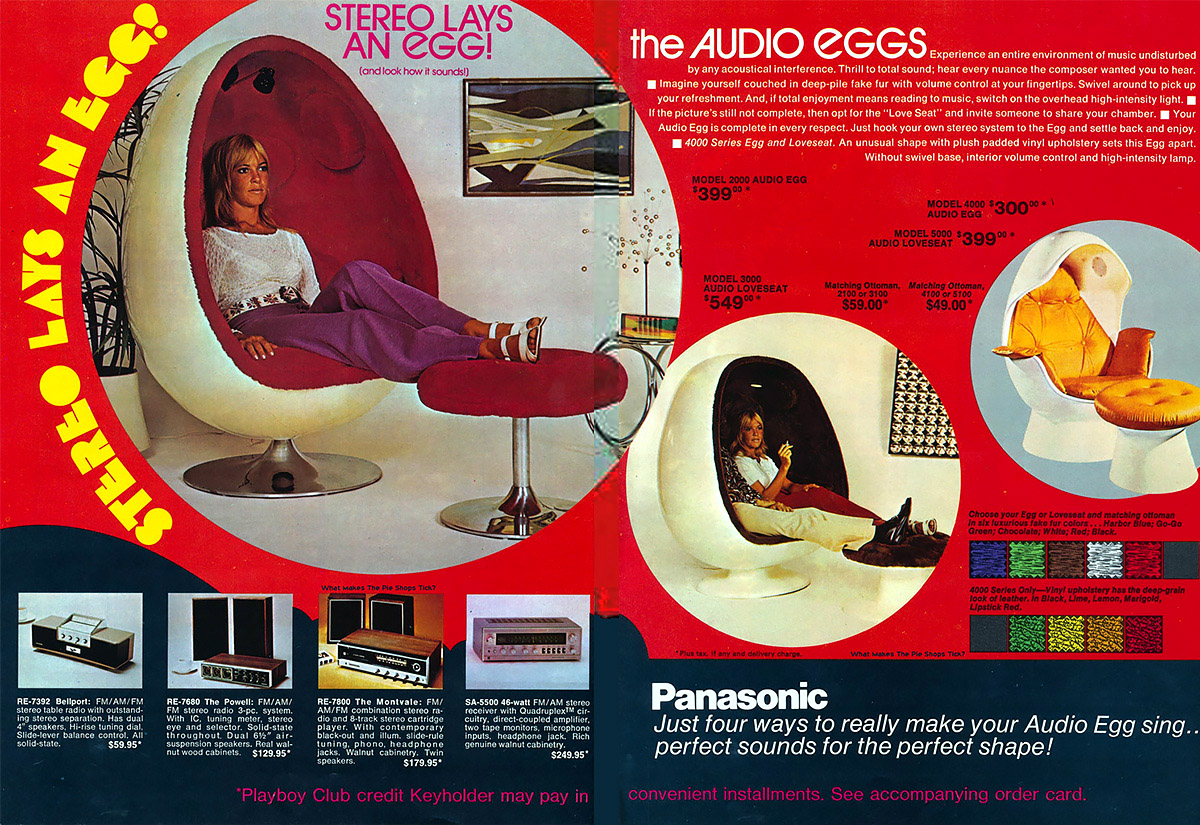 The Egg Chair tricked out with a built-in stereo may be the coolest thing to come out of the seventies.

“Experience an entire environment of music undisturbed by any acoustical interference.  Thrill to total sound; hear every nuance the composer wanted you to hear.  Imagine yourself couched in deep-pile fake fur with volume control at your fingertips.  Swivel around to pick up your refreshment.  And, if total enjoyment means reading to music, switch on the overhead high-intensity light.  If the picture is still not complete, then opt for the “Love Seat” and invite someone to share your chamber.” 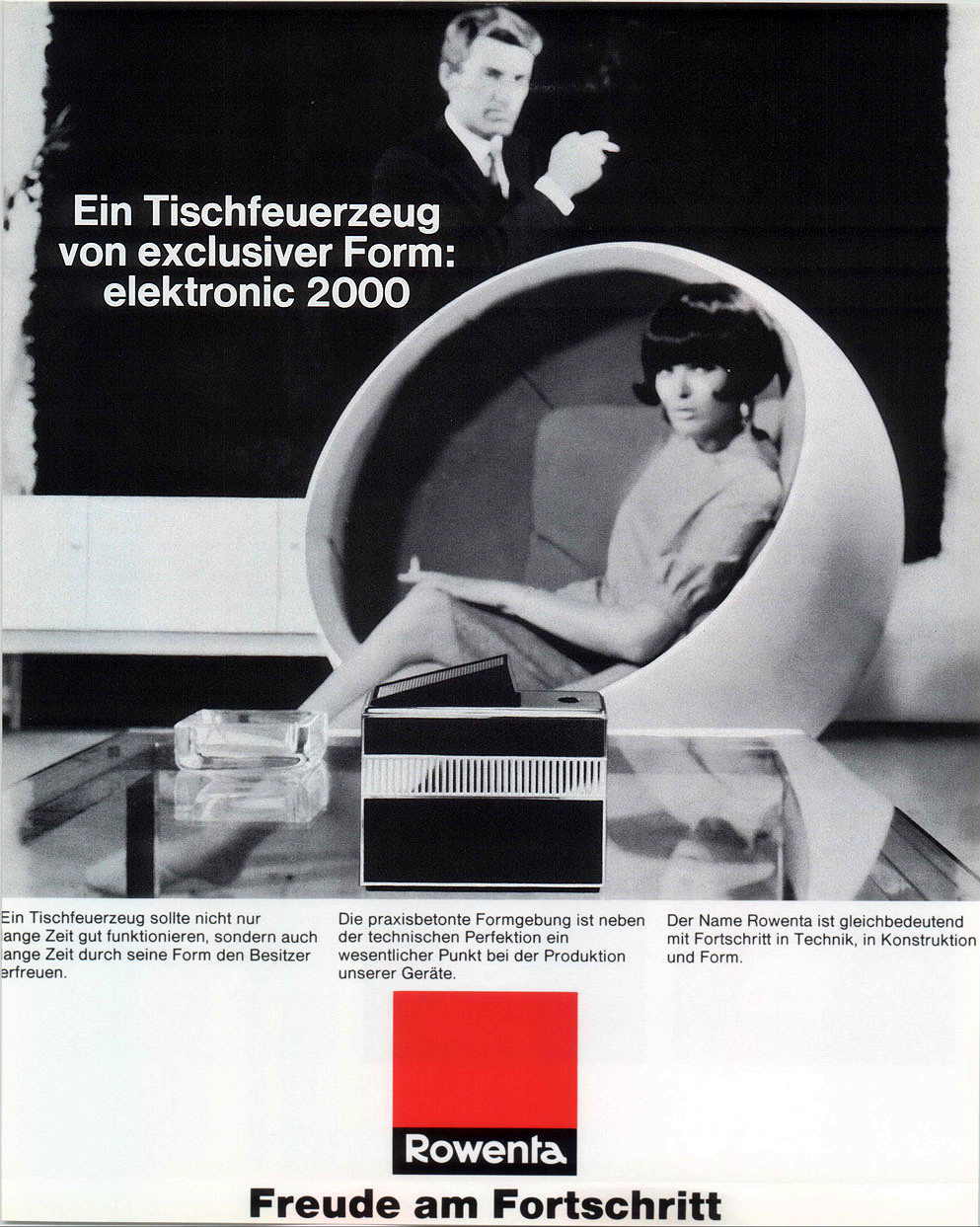 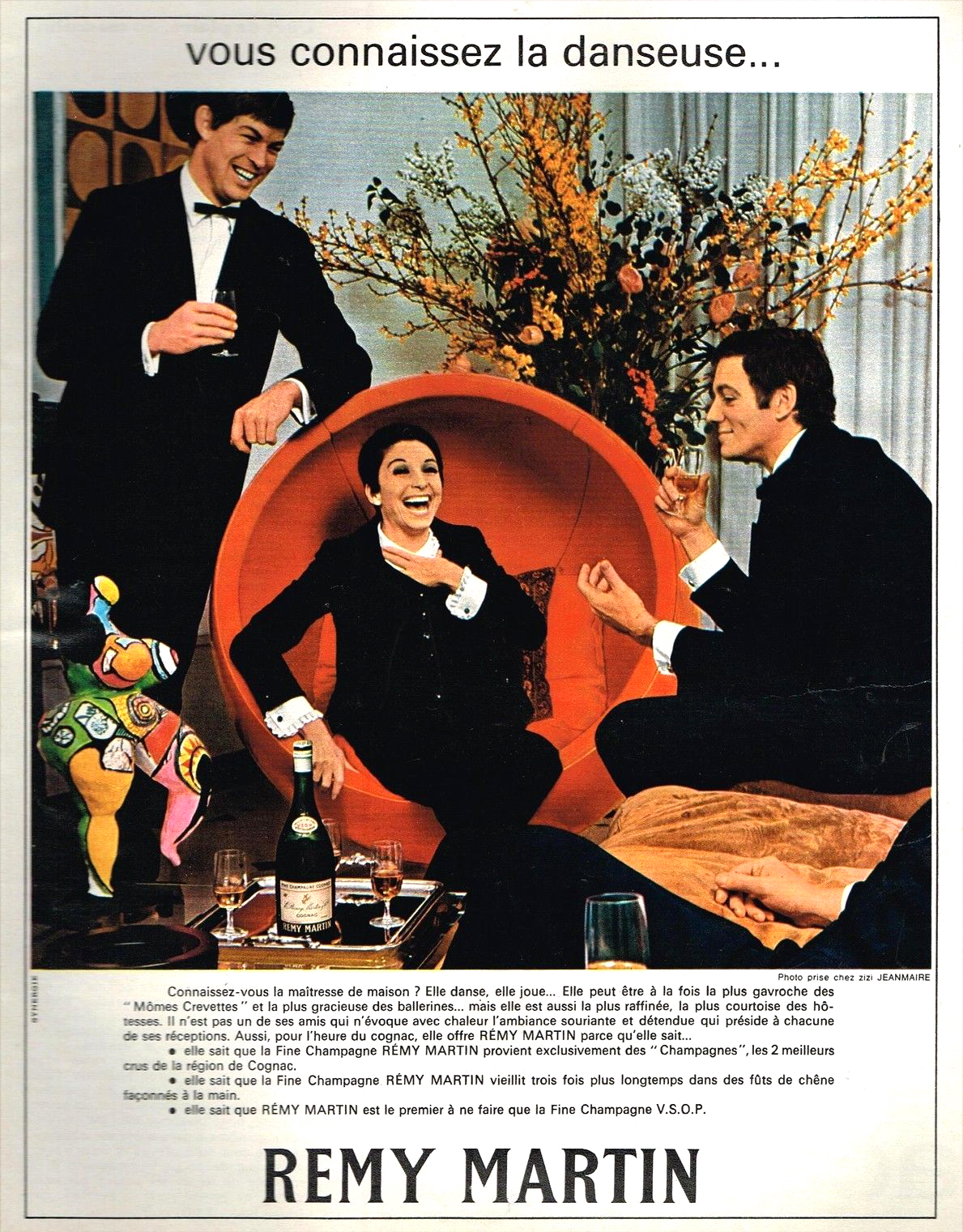 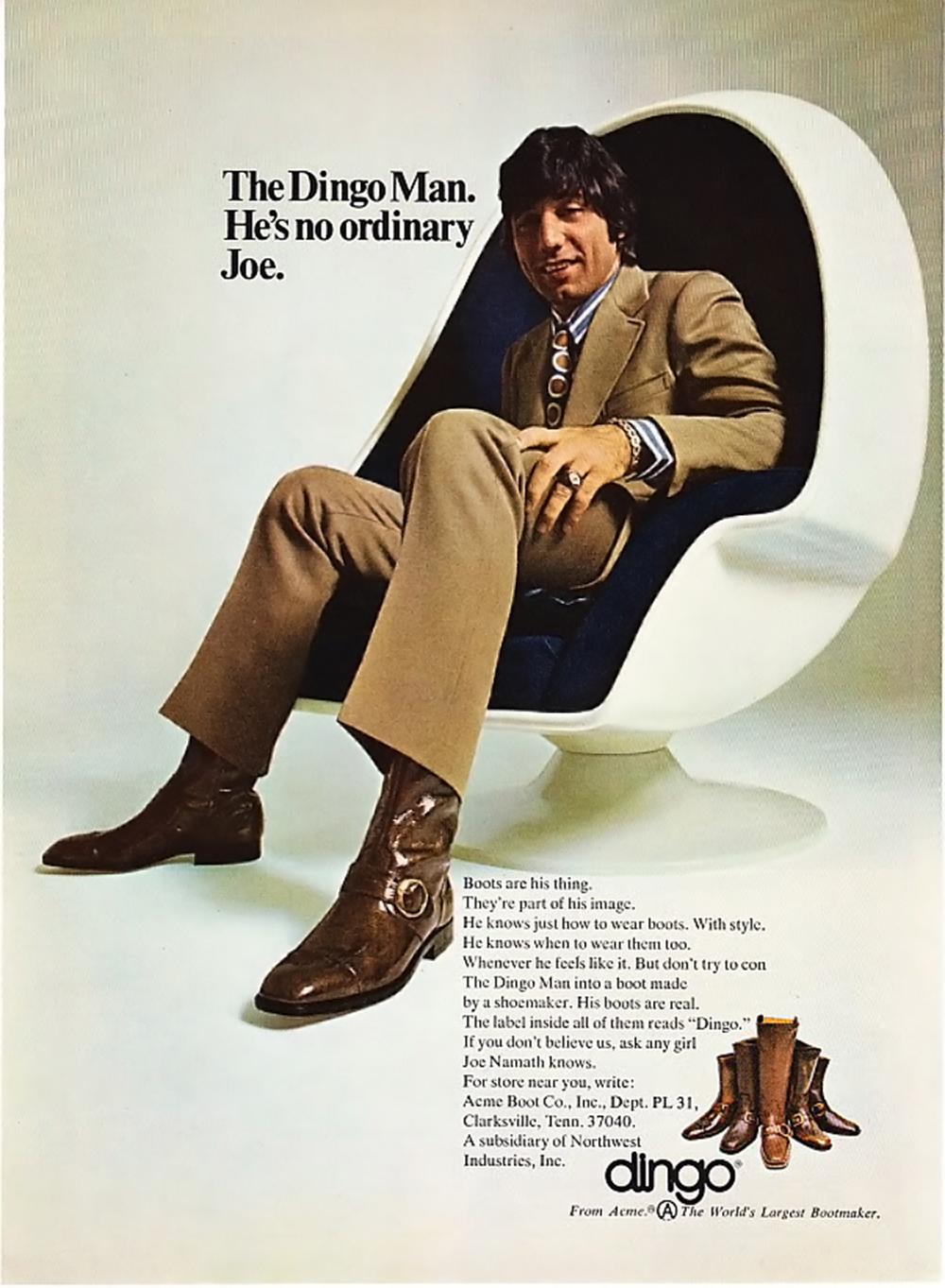 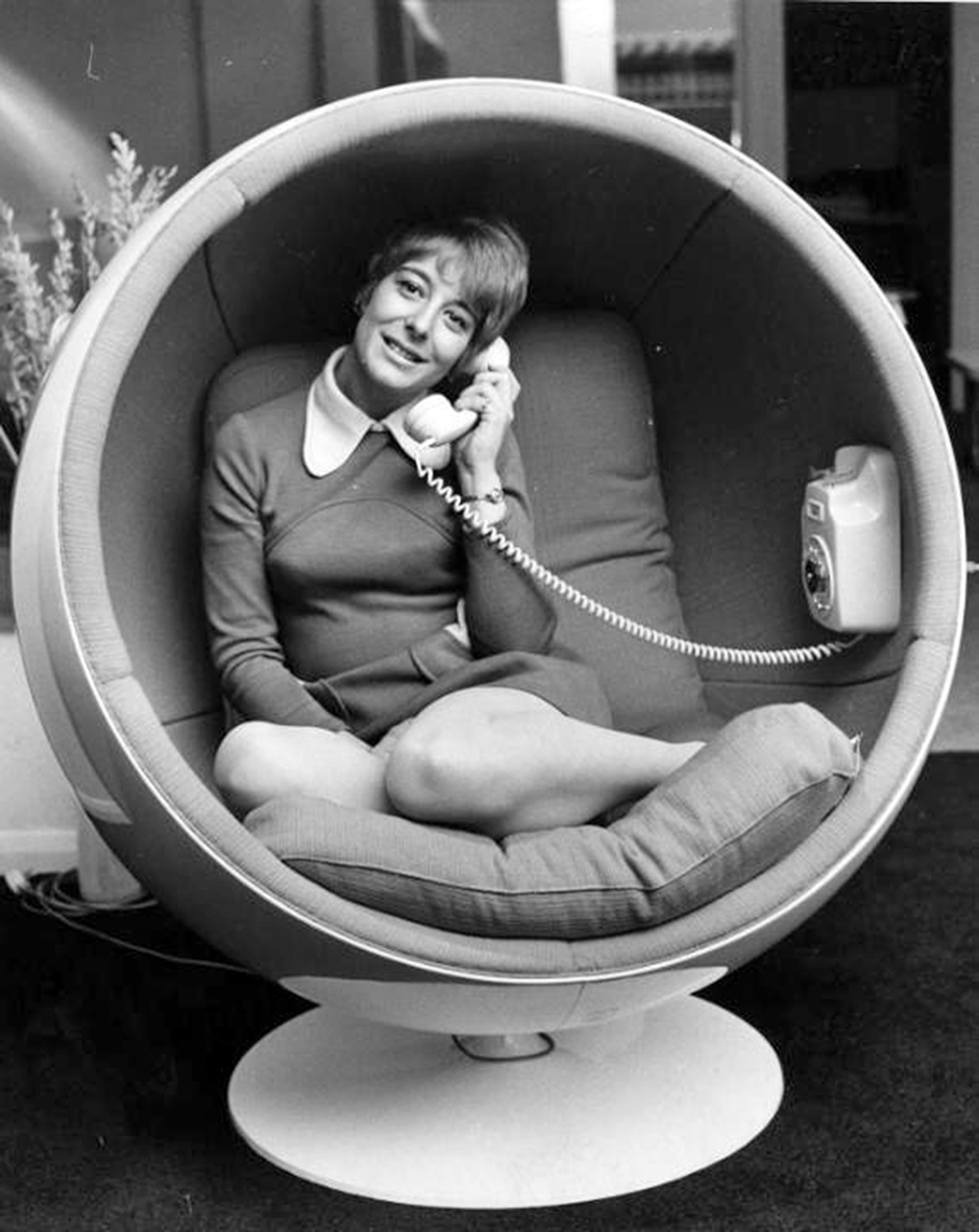 This one’s even equipped with a phone.  Space Age Technology at its finest. 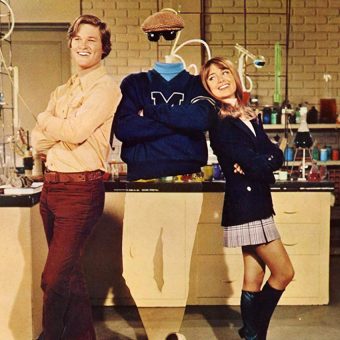 The Invisible Man in Cinema: From 1930s Classic to 1980s Silliness 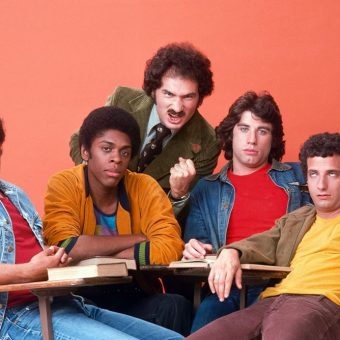 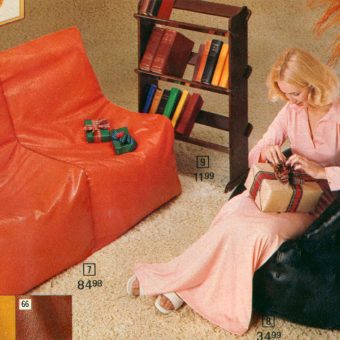 The Bean Bag Chair: Comfy Sacks of the Seventies