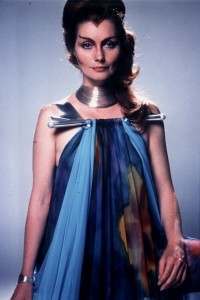 A “resident” alien is a being who, despite his or her nature as an “other” is actually a good guy, or at least an ally of the story’s protagonists.

Both figures were of tremendous popularity and continued to be seen on sci-fi TV in the following decade on Star Trek: The Animated Series (1973) and Doctor Who, respectively, the latter of which survived until almost the 1990s.

Remembering the 1970s, however, there are several memorable “resident” aliens created during that decade too.

Below are my choices for the best, or most memorable of such characters. 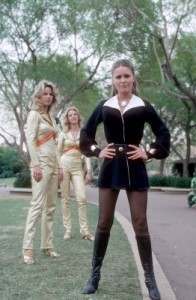 Played by Katie Saylor, Liana is the psychic, empathic traveler on The Fantastic Journey (1977), who teams with several lost souls to explore an island where all time-periods intersect.

Along with a gentle healer from the 23rd century future, Varian (Jared Martin) and three people from the twentieth century — Scott (Ike Eisenmann), Dr. Willaway (Roddy McDowall) and Dr. Fred Walter (Carl Franklin) – Liana attempts to find the mythical city of Evoland, where a portal to their respective time periods is rumored to exist.

Liana is introduced in the second episode of the short-lived series, “Atlantium,” and we learn that (like Spock), she is a hybrid, in this case, part-human and part-Atlantian.

Liana possesses incredible empathic and telepathic abilities, which come in handy throughout the series, and can also communicate directly with another of the travelers on the series: the feline, Sil-El.

The consummate “Earth Mother” character, Liana treated all life-forms as intelligent and worthwhile, and unlike later telepathic characters such as Deanna Troi, was rarely overwhelmed emotionally or physically by her mental capabilities. 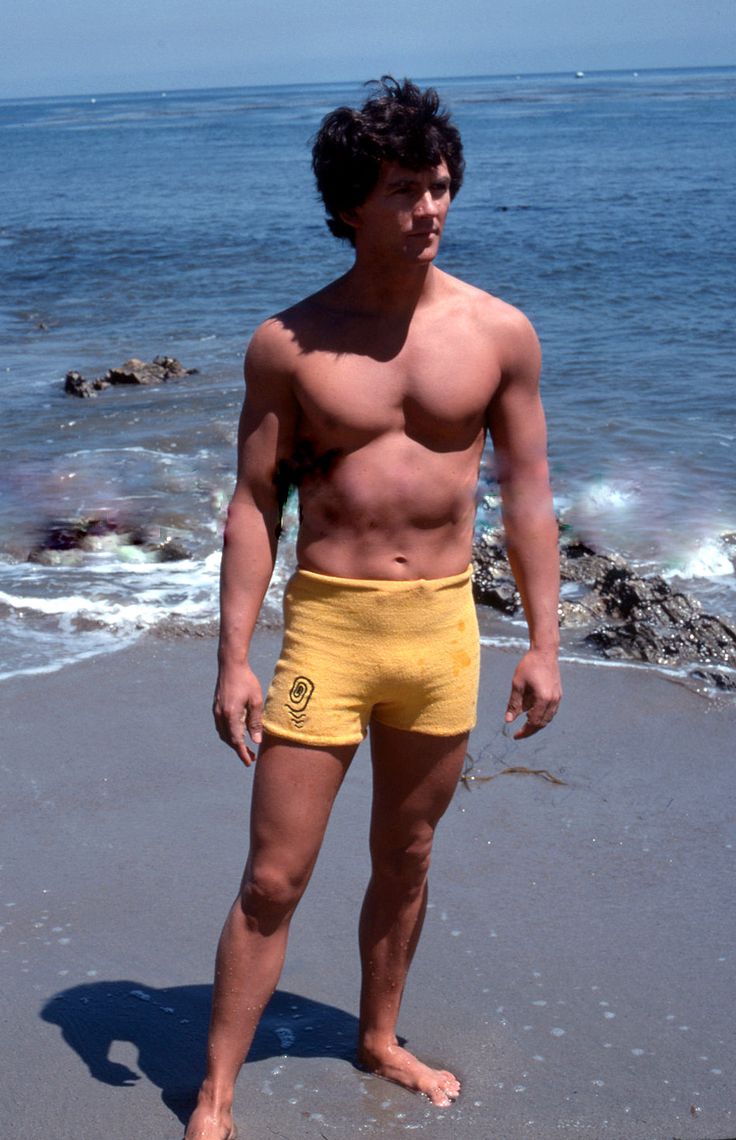 Mark Harris (The Man from Atlantis)

The last survivor of Atlantis (a relative of Liana’s?) is Mark Harris (Patrick Duffy) on The Man from Atlantis (1976), an amnesiac who washes up on shore one night, and is revived by Dr. Elizabeth Merrill (Belinda J. Montgomery).  She nurses Mark back to health and learns that he can breathe underwater, swim like a dolphin, and survive at ocean depths of up to seven miles.  Like Spock, Mark is distinguished, visually from humans. Not by pointed ears, but by webbed fingers and toes.

Also much like Spock, Mark Harris is also an outsider looking in, a perspective which gives him the capacity to comment on human nature.  After solving the mystery of a vanished submarine, and defeating the evil Mr. Schubert (Victor Buono), Haris does not return to the sea but instead remains with Merrill because he has “not yet learned enough” about the surface world. Harris soon goes to work for the Foundation for Oceanic Research, and becomes a crew-member of sorts aboard the submarine Cetacean. 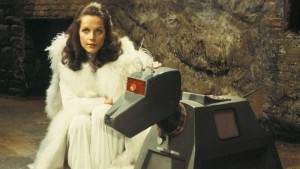 It’s funny to think of a Time Lord traveling with another Time Lord as a “resident alien,” but that’s precisely the role that Mary Tamm’s (1950 – 2012) Romana filled in Season 16 of the original Doctor Who.

All of the previous companions during the Era of the Fourth Doctor (Tom Baker) were either human (Sarah Jane, Harry Sullivan, or even the wayward, future-era Leela), or robotic, like K-9.  But Romana was the Doctor’s equal. She was one of his own kind, and also one of the first “modern” companions in the sense that she was both a physical and intellectual match for the Doctor.  She considered herself superior to the Doctor, much in the manner that Spock considered himself intellectually and physically superior to his Starfleet cohorts.

Acerbic and brilliant, Romana accompanied the Fourth Doctor on his season-long quest to recover the pieces of The Key to Time. Sadly, some fans of Doctor Who in 1978, felt that Tamm’s Romana was too assertive and the character was promptly made more traditional — and stereotypically “girlish” — in Season 17’s regeneration, this time played by Lalla Ward. 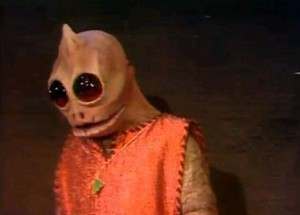 Enik (Land of the Lost)

Of all the characters appearing on this list, perhaps Enik is the most genuinely alien of the bunch. A native of Altrusia and a time traveler to boot, he arrives in the pocket universe of the Land of the Lost (1974 – 1977) and promptly learns that his own people have devolved into the barbaric Sleestak. He becomes obsessed with the idea of returning home and warning his people that they must change their ways, lest they revert to savagery.

Introduced in the first season story “The Stranger” by Star Trek’s Walter Koenig, Enik became a recurring character who, from time to time, would cooperate with the Marshall family if their agendas aligned.  Devoid of emotion (like Spock), Enik was difficult to rile, and forever and baffled by human emotions.

The late Walker Edmiston (1925 – 2007) also likely endured more physical punishment than any other performer on this list, as to play Enik he had to disappear into a full-body suit and head/helmet apparatus.

After performing for just a few hours, he would “pull open the sleeve and sweat would just pour out,” Edmiston told me in an interview. And on one occasion, the crew believed Edmiston was pulling a prank — pretending to be asleep on-set — when the truth was that he passed out from the heat. 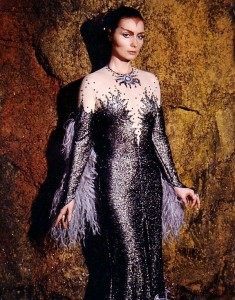 Year Two of Gerry Anderson’s series Space: 1999 (1975 – 1977) saw a number of format and character changes, many of which sacrificed the good, original and eerie qualities of the program.  But one change of the Freddie Freiberger era which many fans feel positive about to this day is the addition of Catherine Schell as Maya, a Metamorph from the planet Psychon.

A shape-shifter, Maya had the personality of a playful imp, and unlike humorless characters such as Spock, Enik, or even, originally, Mark Harris, loved to laugh.  To be an alien wasn’t, necessarily, to lack a sense of humor.  Sensitive, beautiful and with the mind of a computer, Maya quickly became Moonbase Alpha’s science officer.

In an interview with me in 1994, Schell told me that Maya’s job was to “add spice” to the adventures of Space: 1999 and with her humor, buoyant personality and shape-shifting abilities, Maya did just that.  In the end, Maya was perhaps the most colorful and consistently delightful resident alien of the decade