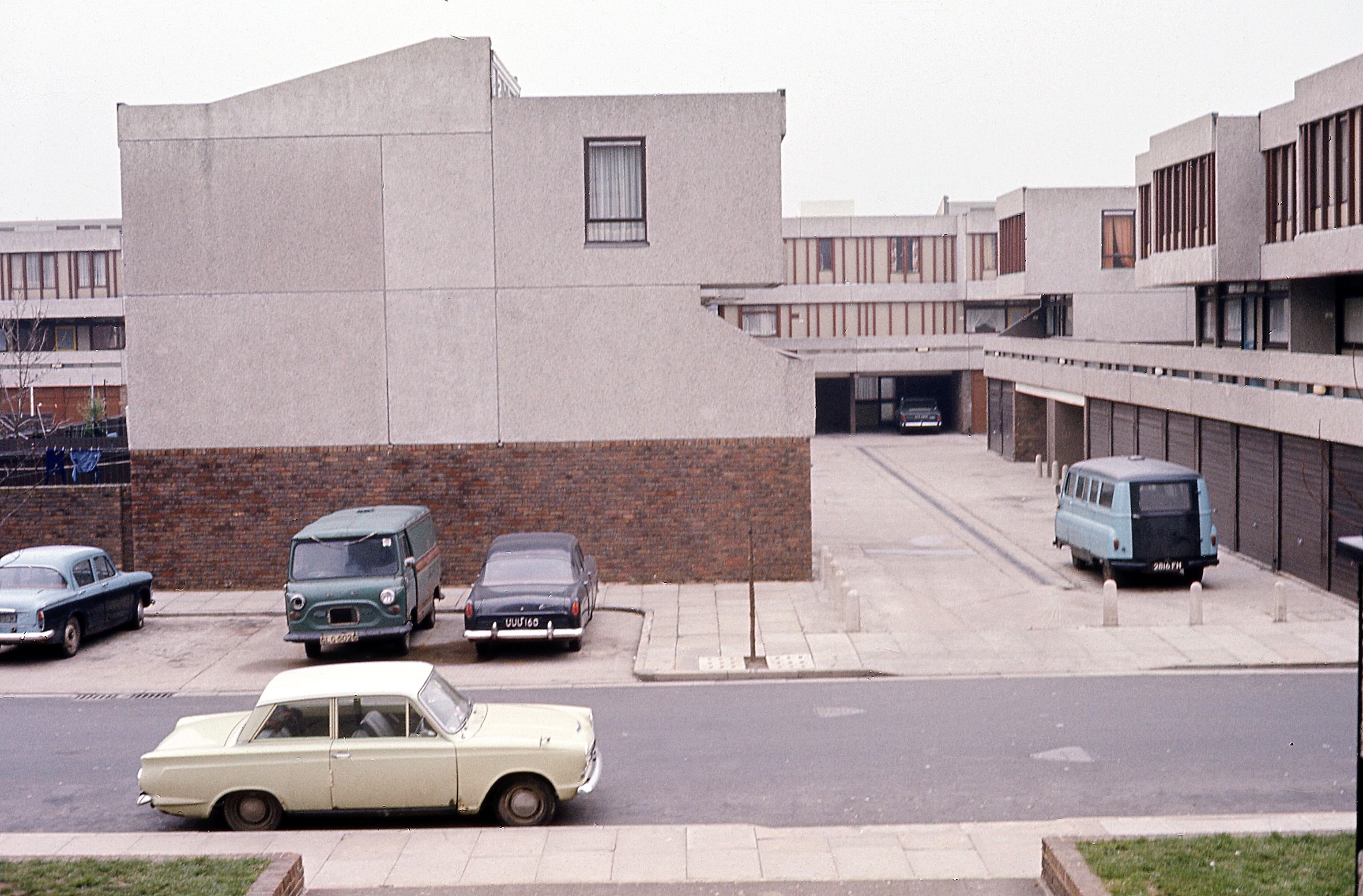 “The GLC approached us when we lived in Peckham and they said they were looking for people to start this new town which was called Thamesmead,” says Terry Gooch, who along with Joan Gooch and their children Velia, then aged 11, John, eight and Tony, five, became the first residents of Thamesmead, London’s new town on July 3, 1968. “They then came back, having checked our credentials… and said we were the ideal couple to actually come down here.” The Gooch family moved from a two-bedroom flat with a kitchen and front room, an outside toilet and no bathroom into a three-bedroom maisonette with a kitchen, living room, bathroom and two toilets.

But it’s wasn’t perfect. “As always, the construction work was not finished on time,” recalled Terry in 2008. “But the arrangements had already been made for us to be greeted by Bexley’s mayor, Councillor Kenneth Smith, and Desmond Plummer, the leader of the GLC.” They smiled for the camera. And when media and bigwigs left, the Gooch family spent the next six month as the only family living on the estate. 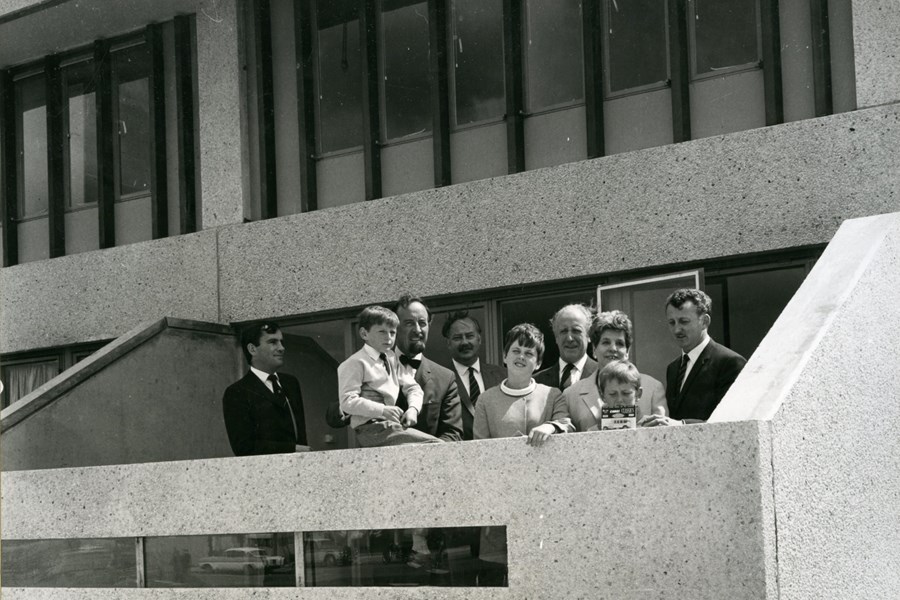 The Gooch Family move in (Via)

Back then the council checked people’s suitability to live on a brutalist new town constructed on eleven hundred acres of marshland site between Plumstead and Erith, formerly used by the Woolwich armoury. Picking the right people (prospective residents were interviewed) would ensure the approved mixes of ages to occupy the homes, shop at a centre built around a marina, use the train station and cross the bridge over the Thames. Social engineering would create a concrete utopia in a place so wet all habitable rooms had to be built at first floor level. Walkways in the sky would give residents dry feet and a view of the marshes, parkland and the River Thames.

“The mile upon mile of walkways did mean that we had all this void space on the ground floor,” says Alison Breese. “What happened was that you then dislocated people from living in the street – there was no surveillance of the street. When people came out of their cars, they were walking into ‘no man’s land’. Over the years it became a place where people felt uncomfortable where it was dark.”

The marina never came. No bridge was built. No train station arrived. By the 1970s, Thamesmead had become a sink estate where “problem families from across the capital were dumped onto the estate so the original tenants that were able to, moved out”. The place was a trap. The council and architects had put vanity and design over people. Stanley Kubrick filmed scenes for Anthony Burgess’s dystopian novel A Clockwork Orange (1972) at South Thamesmead’s Southmere Lake. The sun never rose on the planners’ rosy-fingered dawn .

“The promises that were made to the original people that eventually there would be homes for them, their children and their grandchildren, that was never achieved,” says Ted Claridge was a local councillor at that time. “There were going be jobs – those jobs never materialised.” It’s hard to crate a soulful community from scratch. As Barnabas Calder, the architectural historian, out it, Brutalism had come “to be seen as the architectural style of the welfare state”. 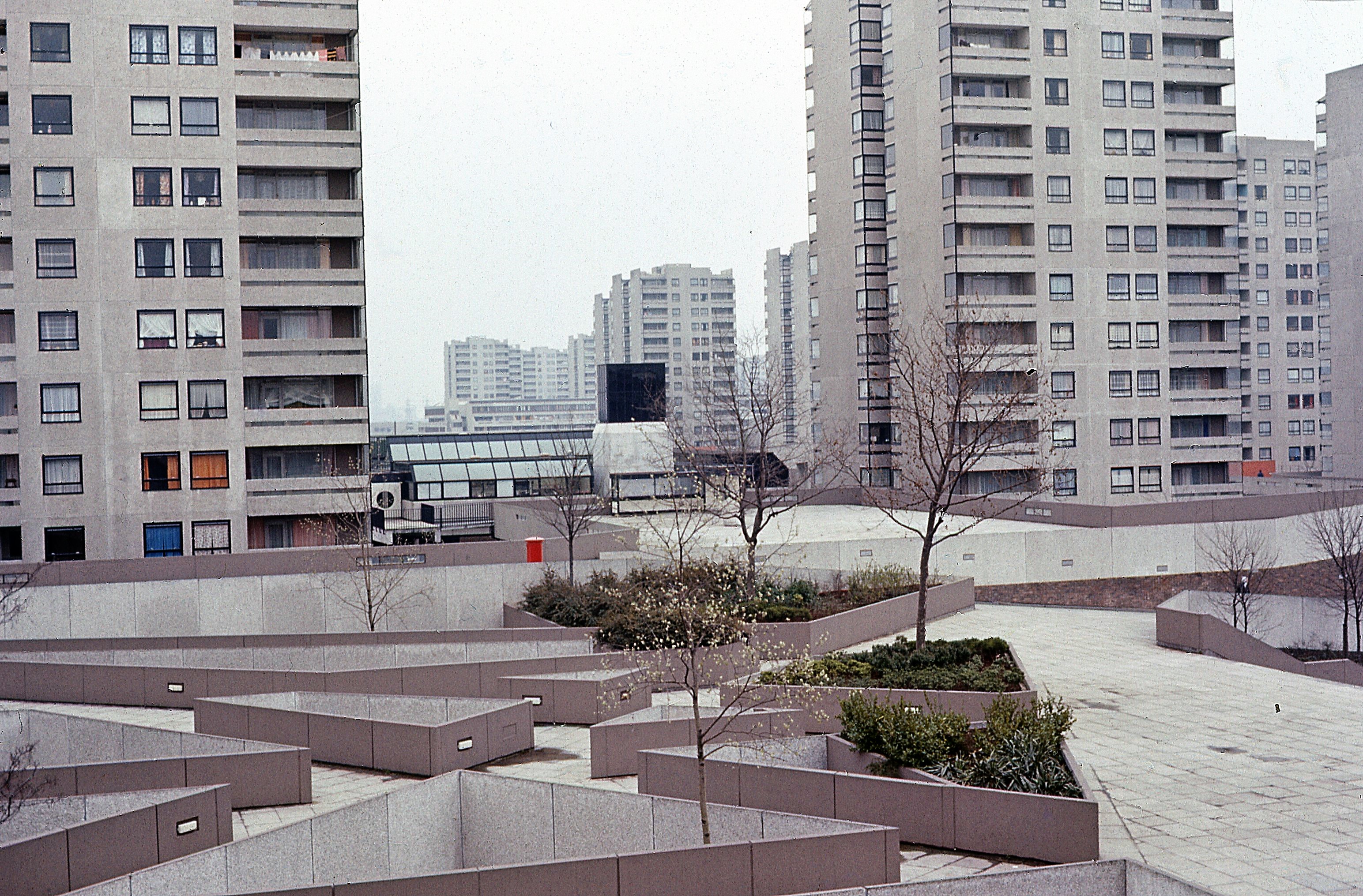 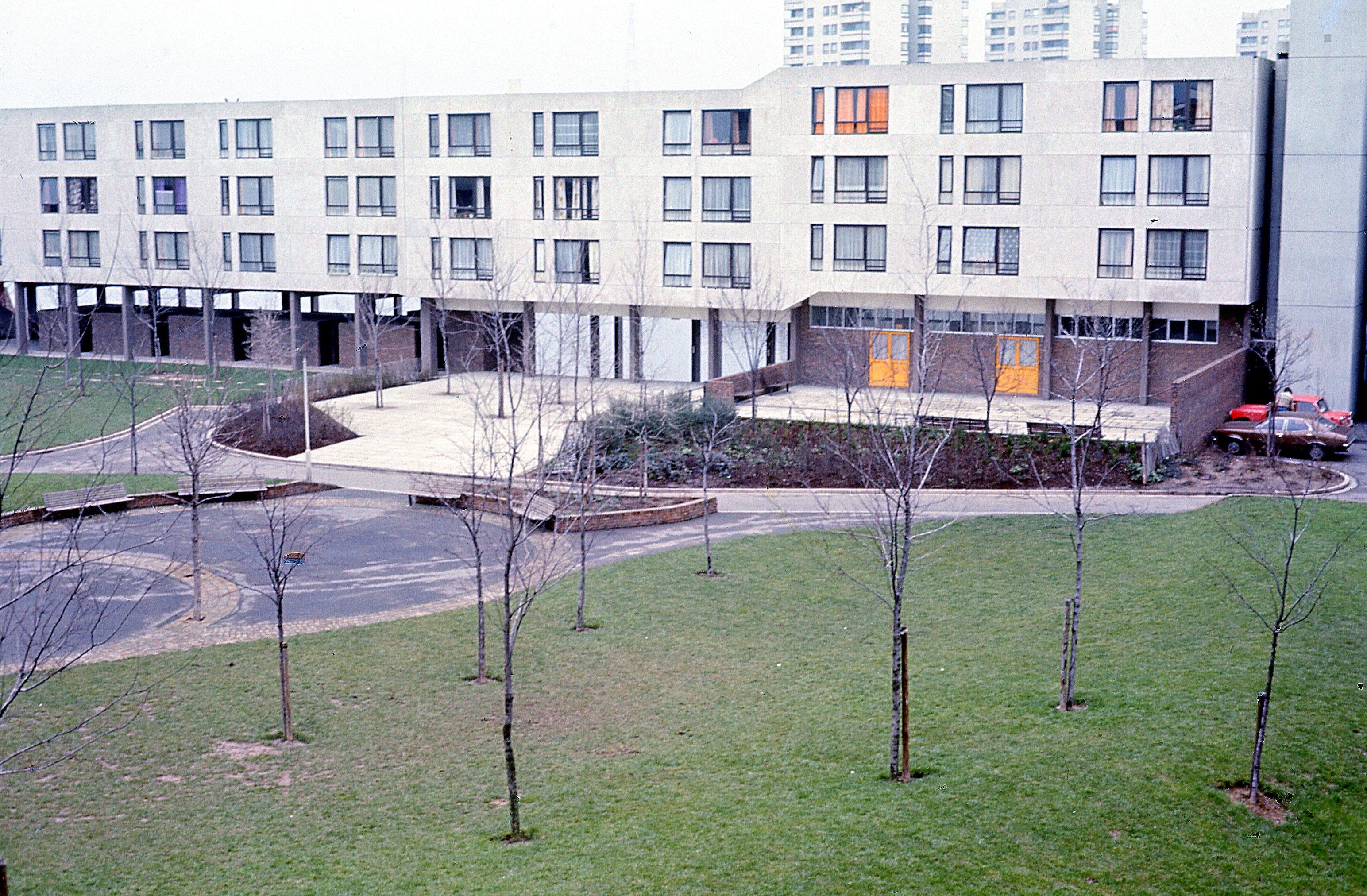 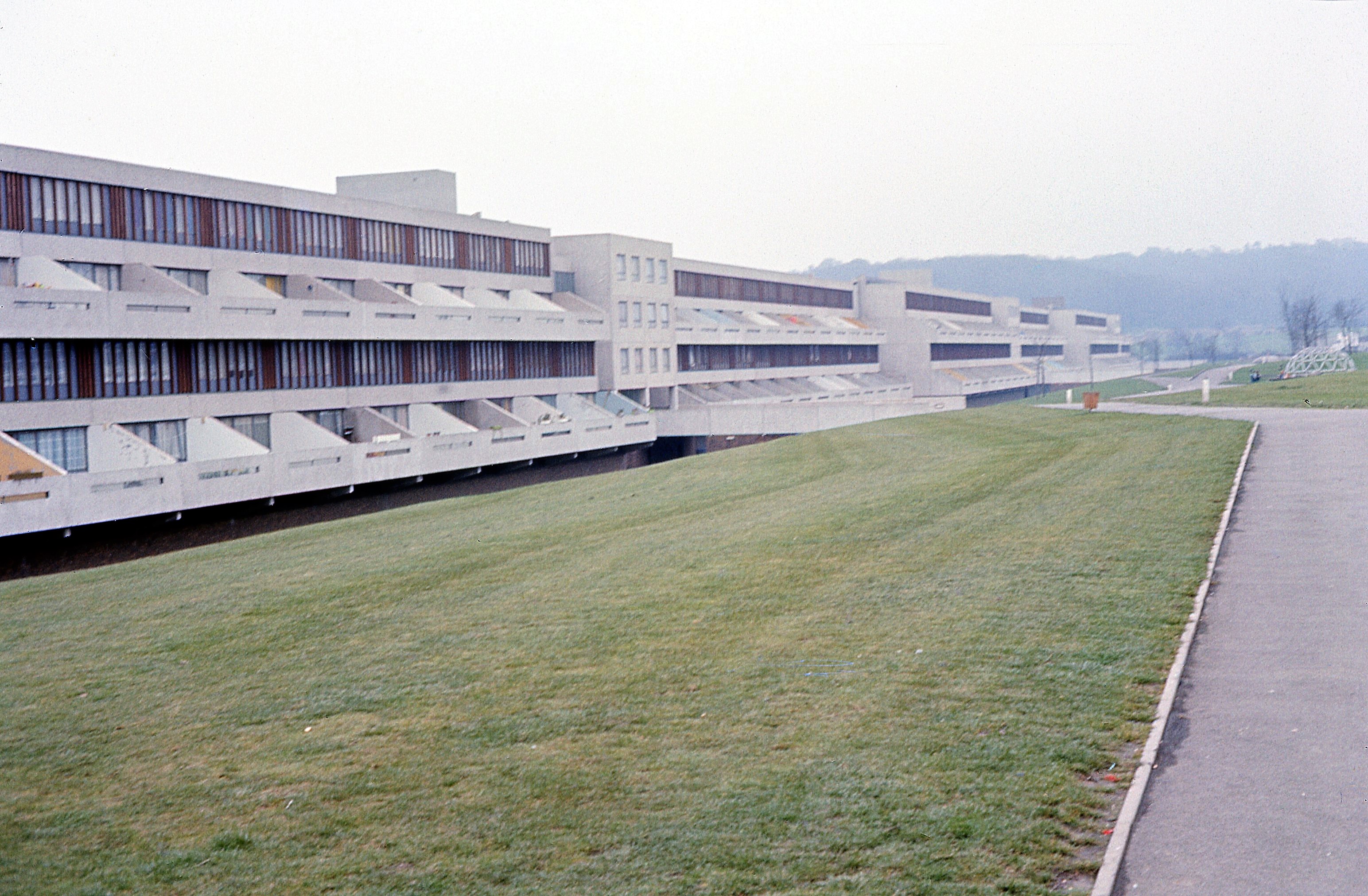 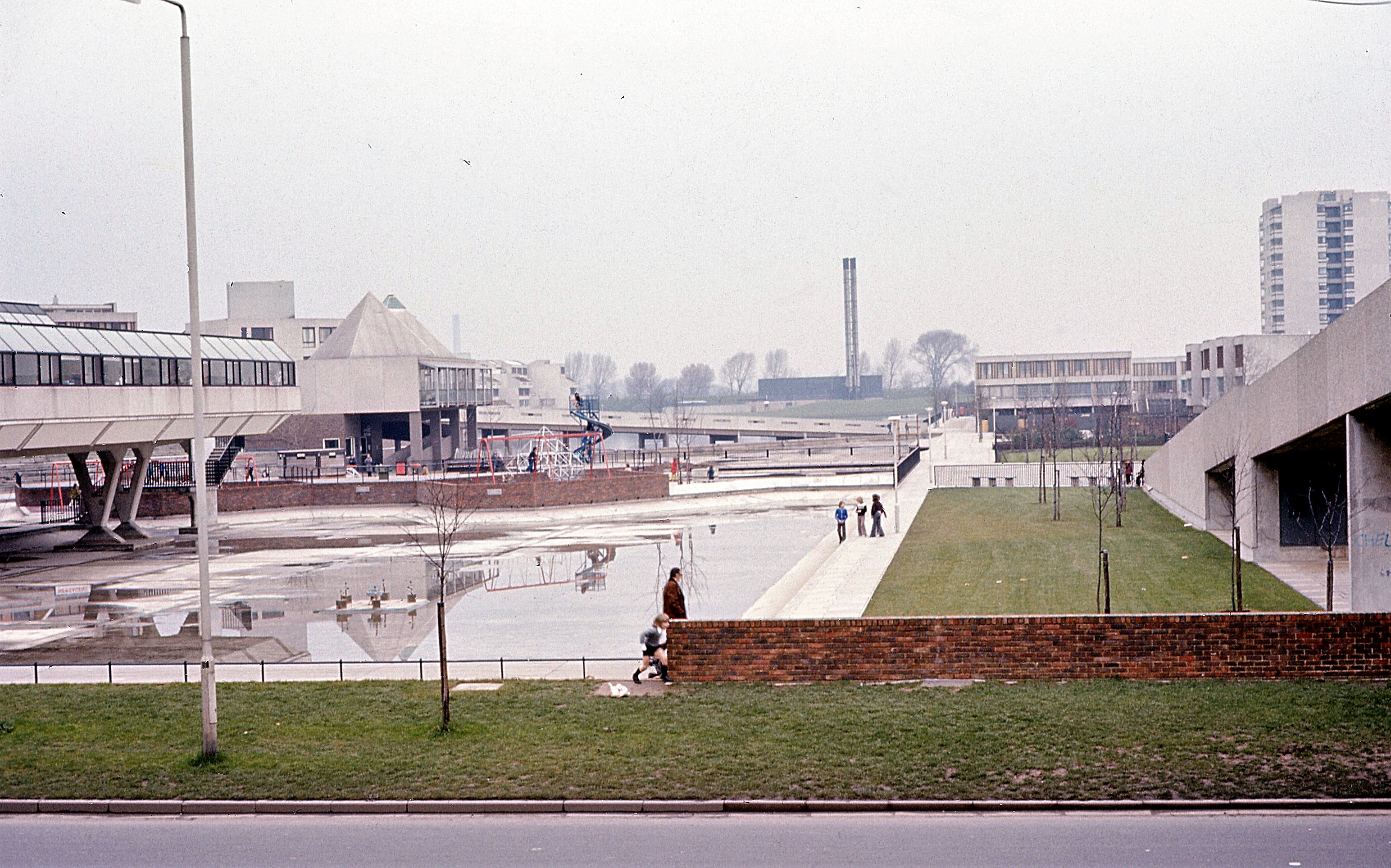 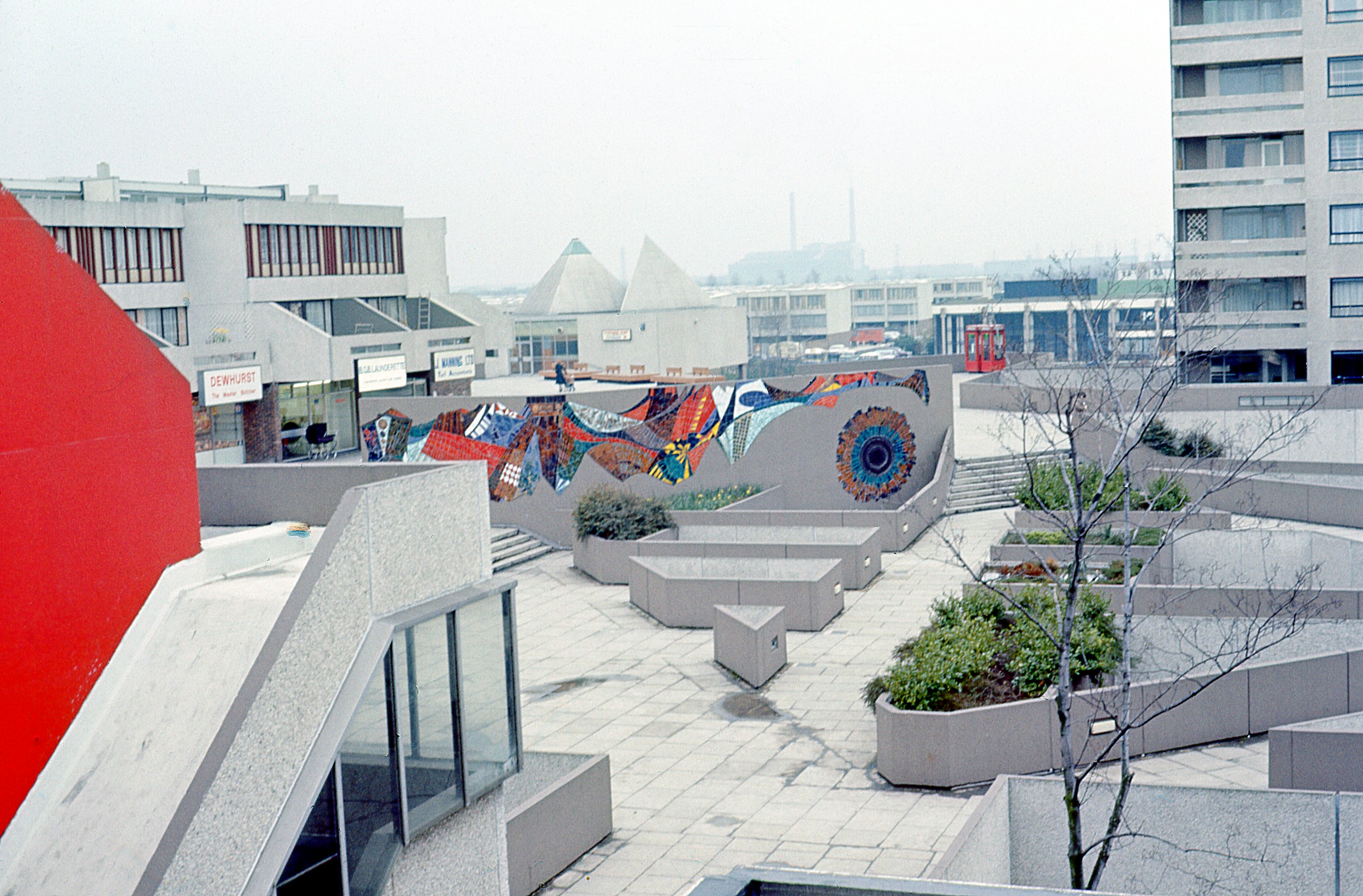 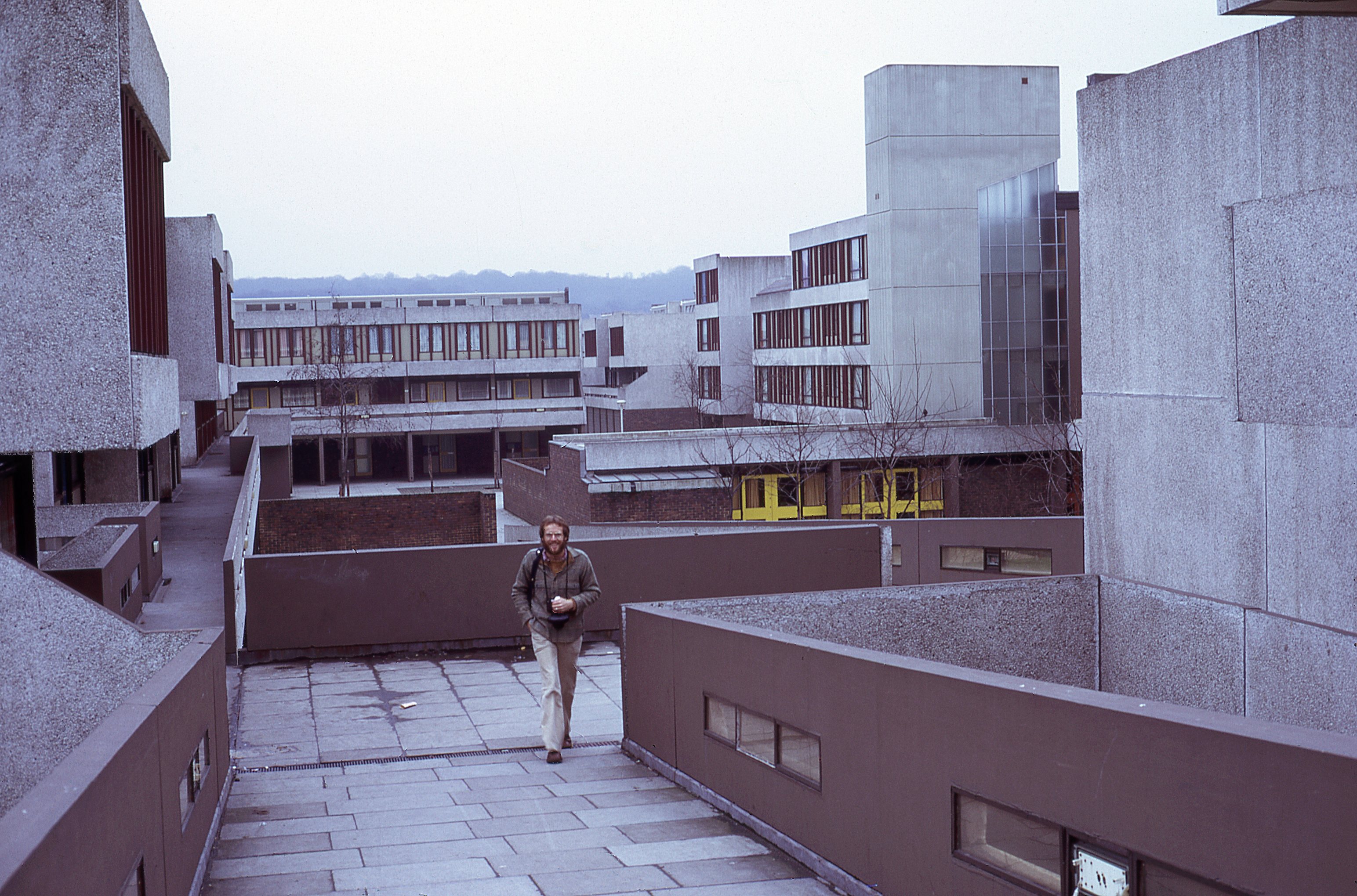 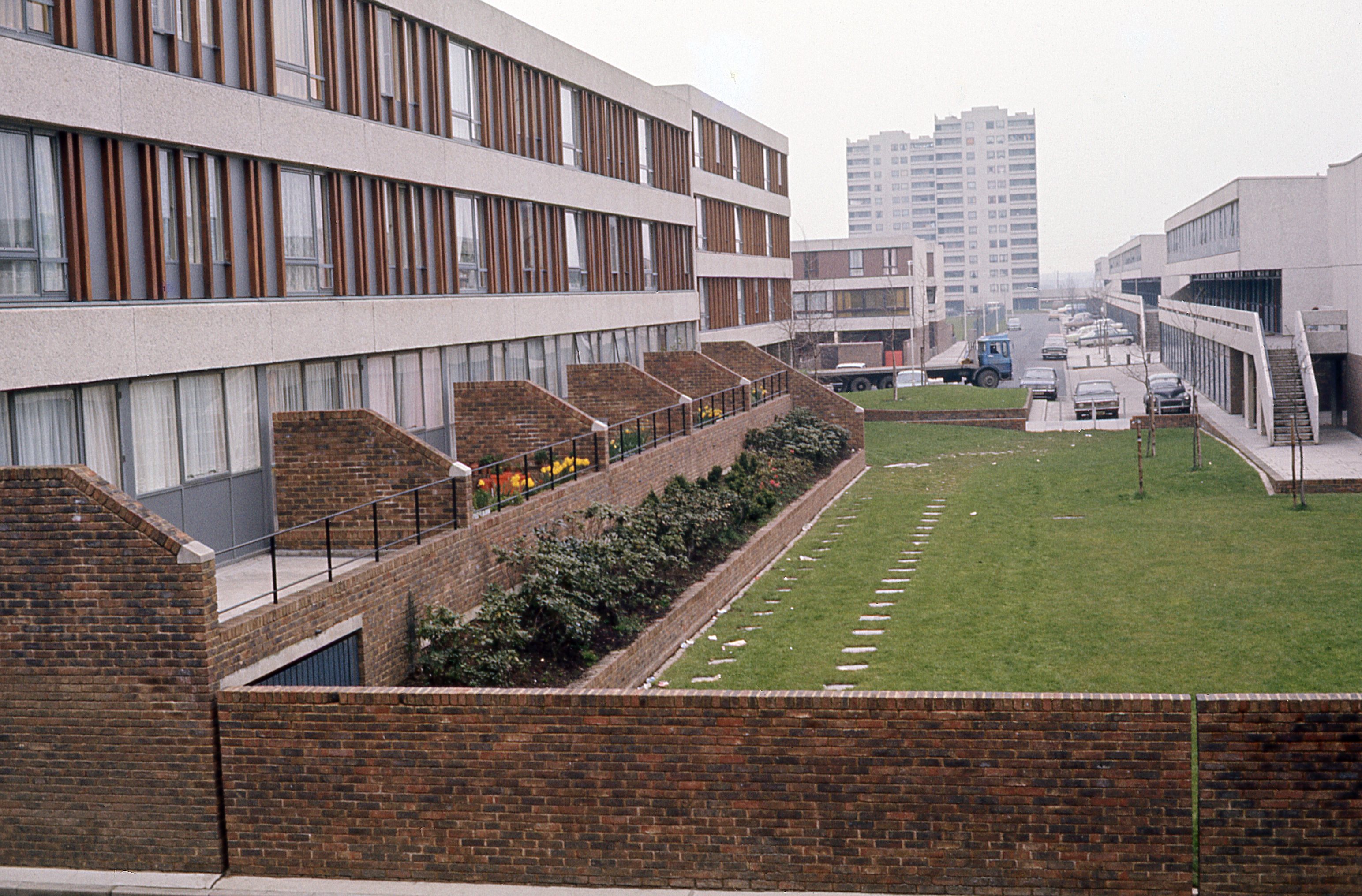 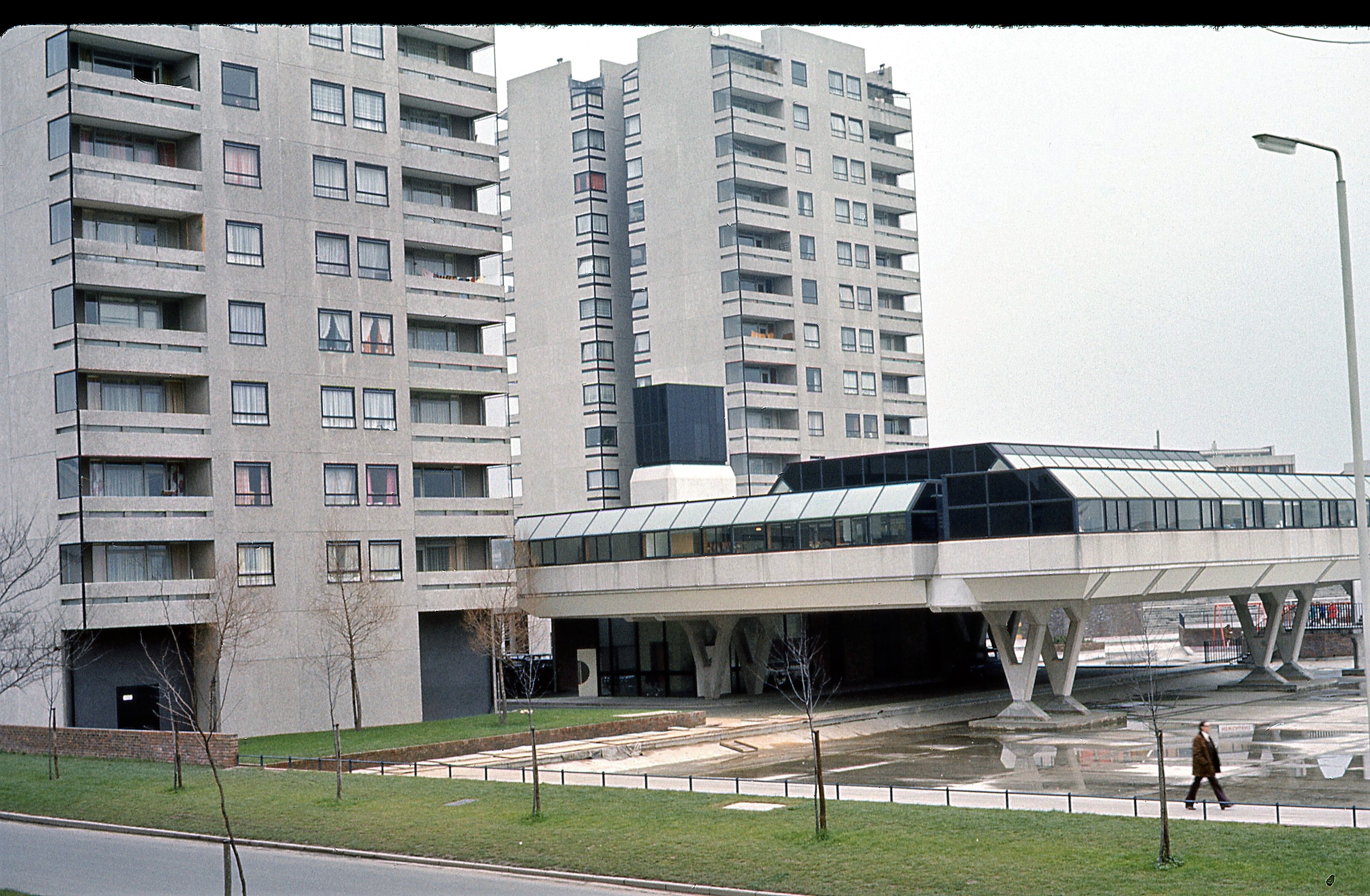 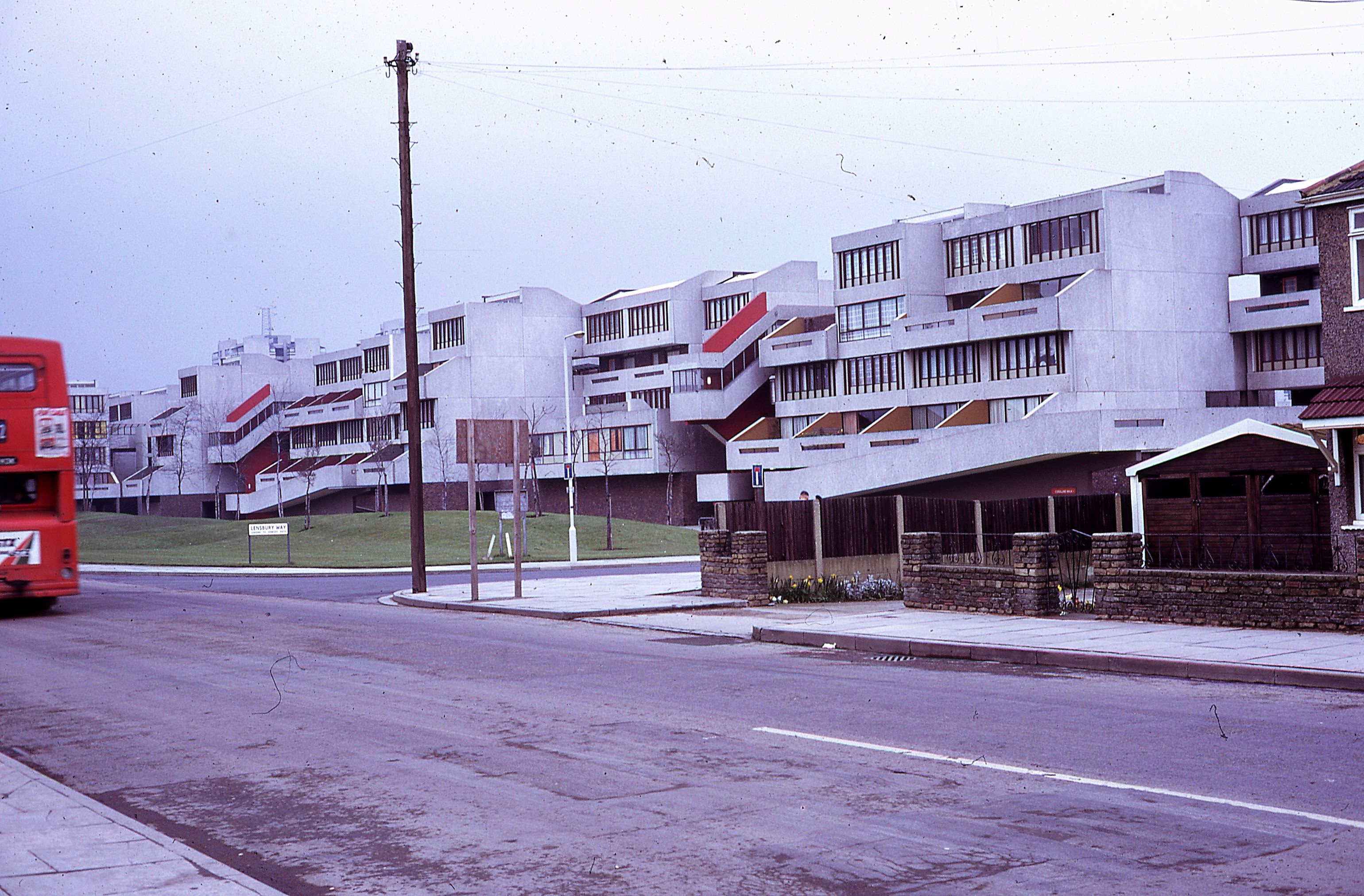 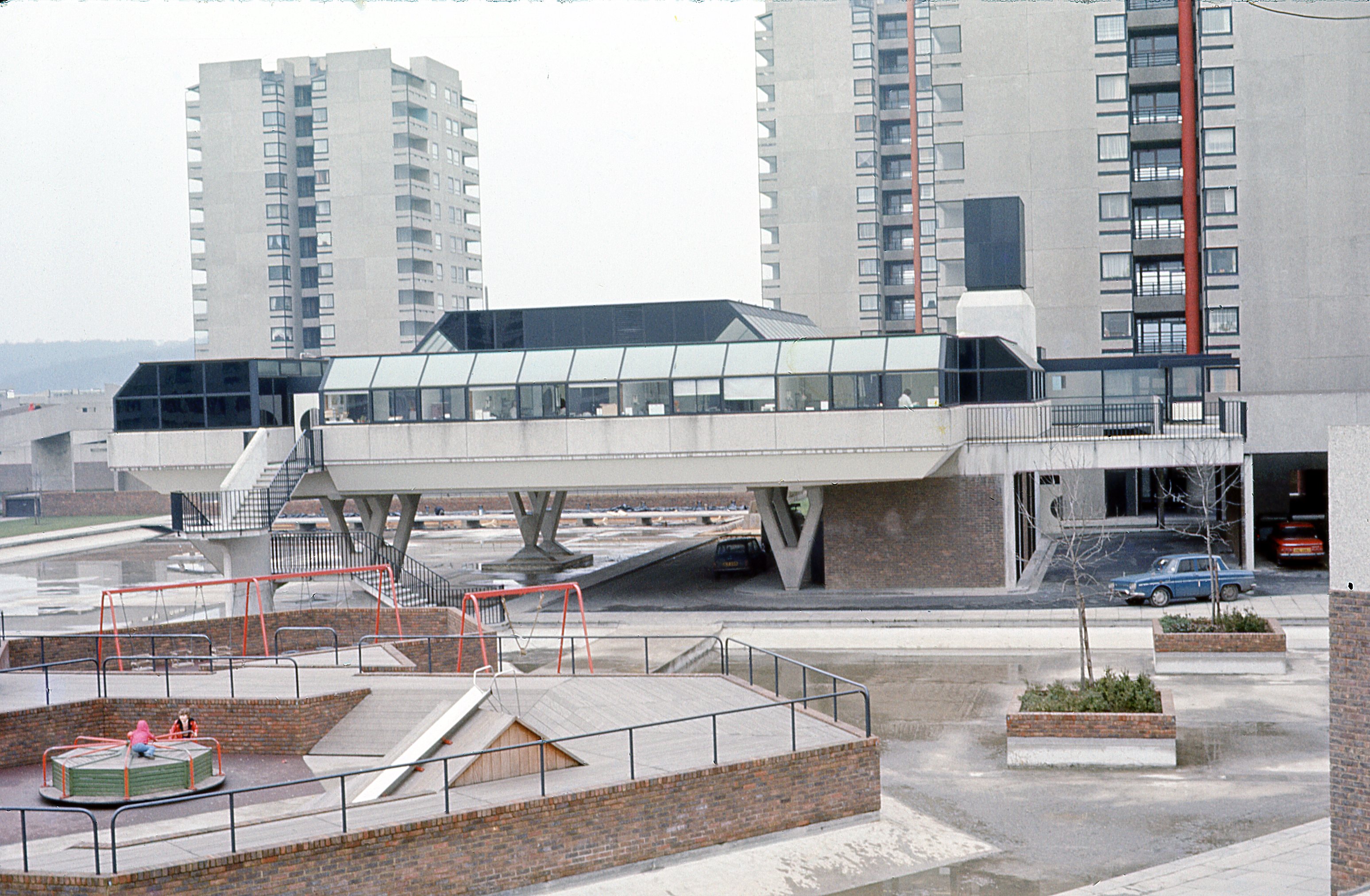 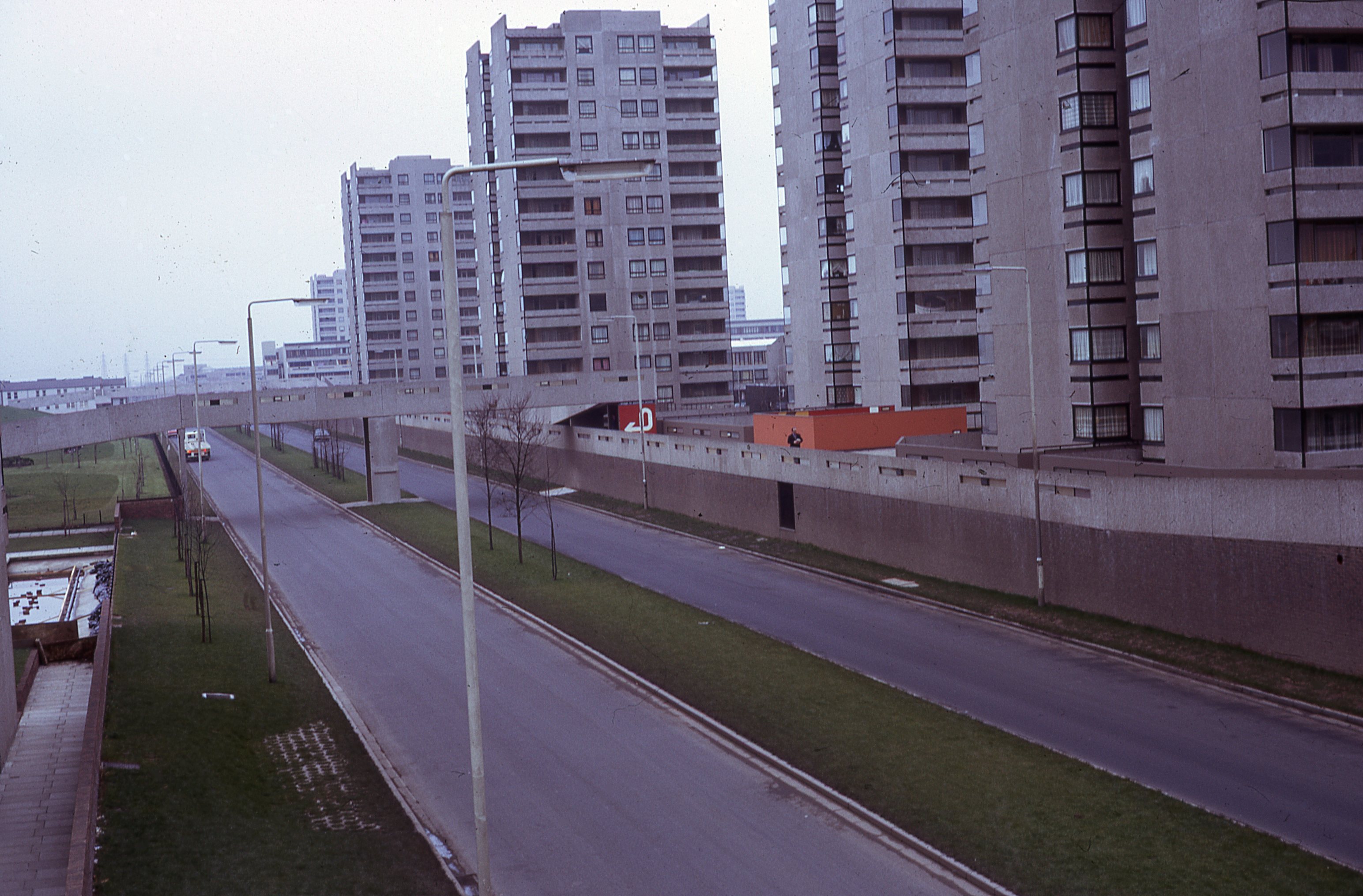 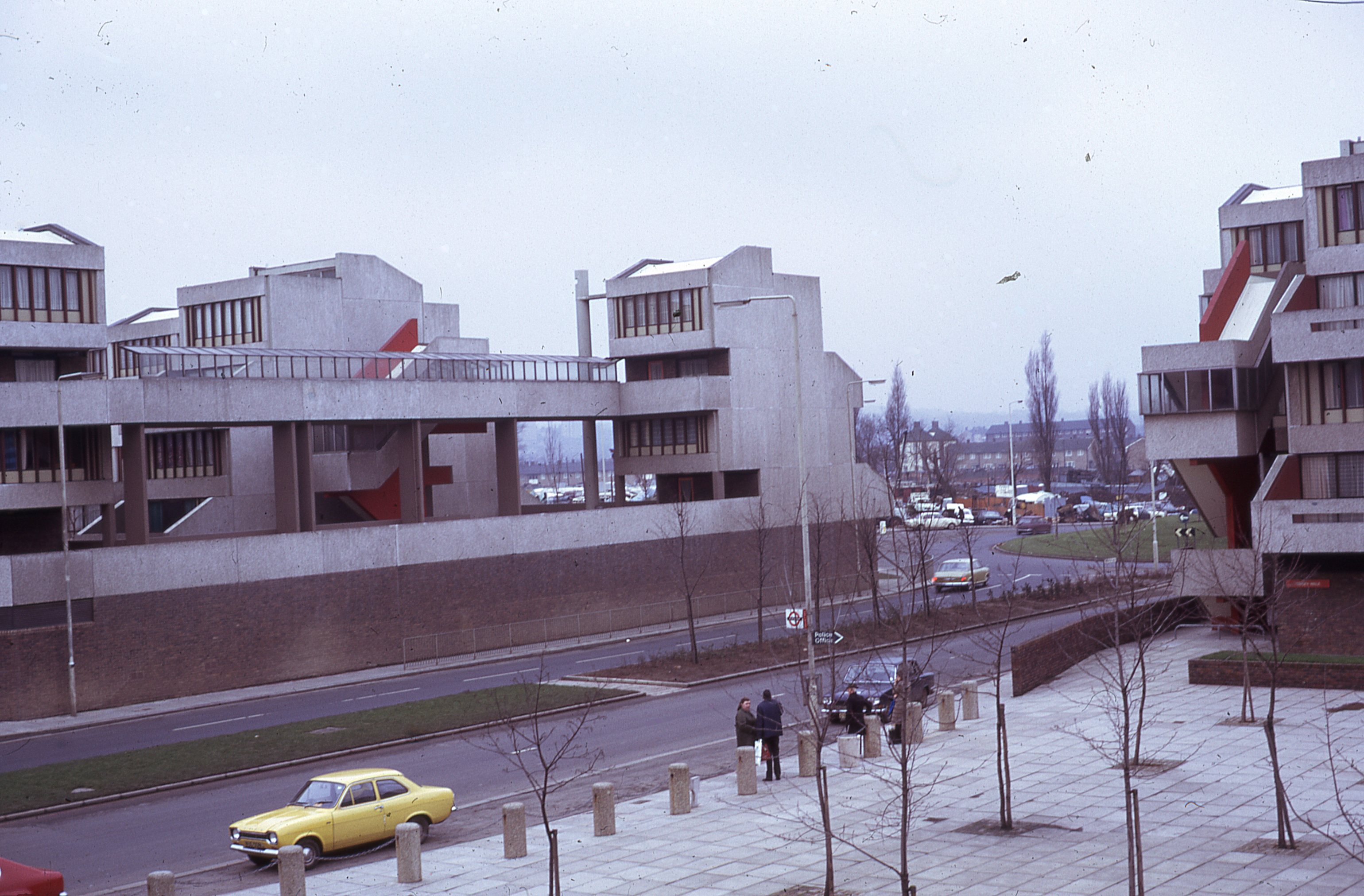 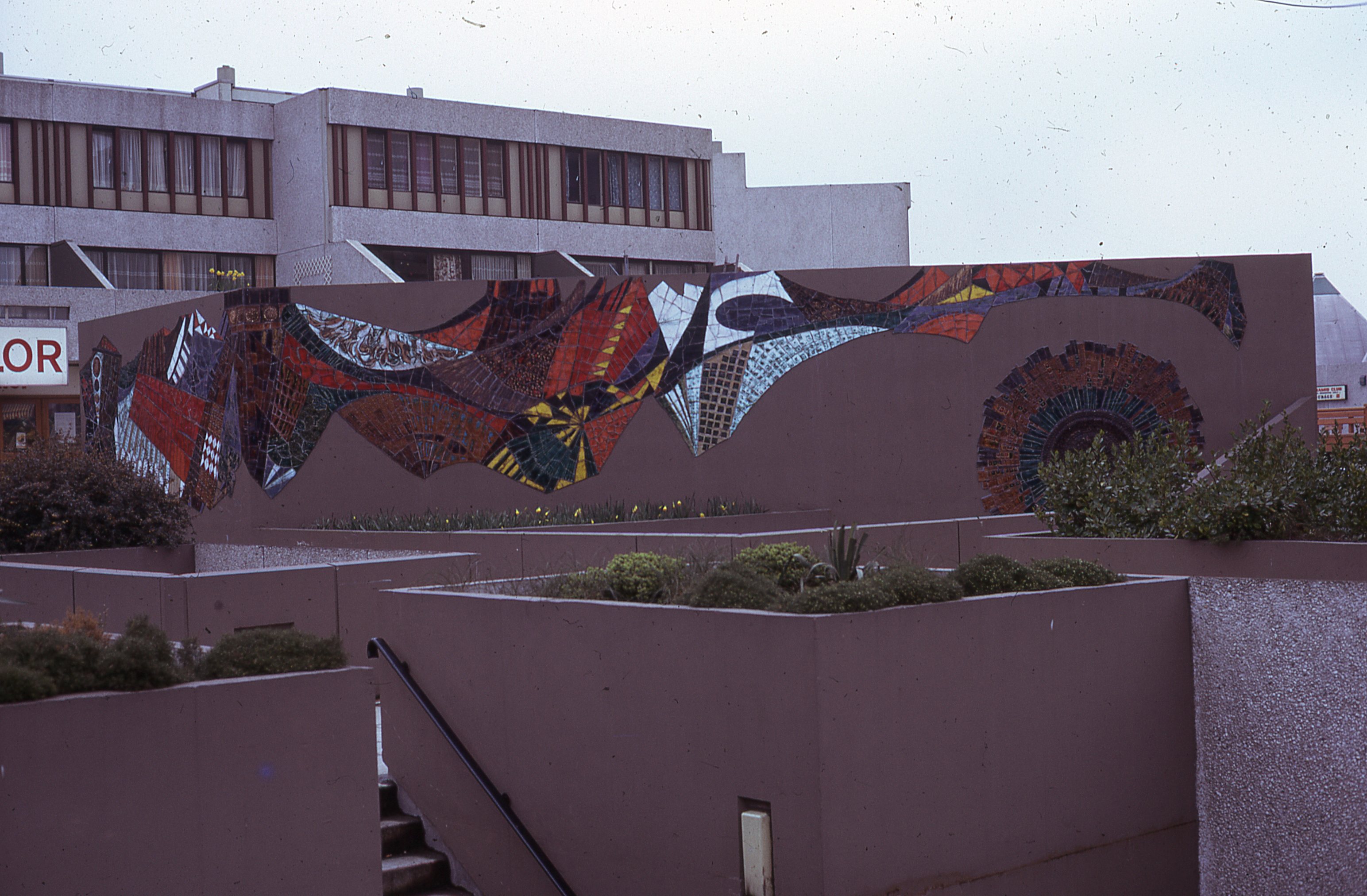 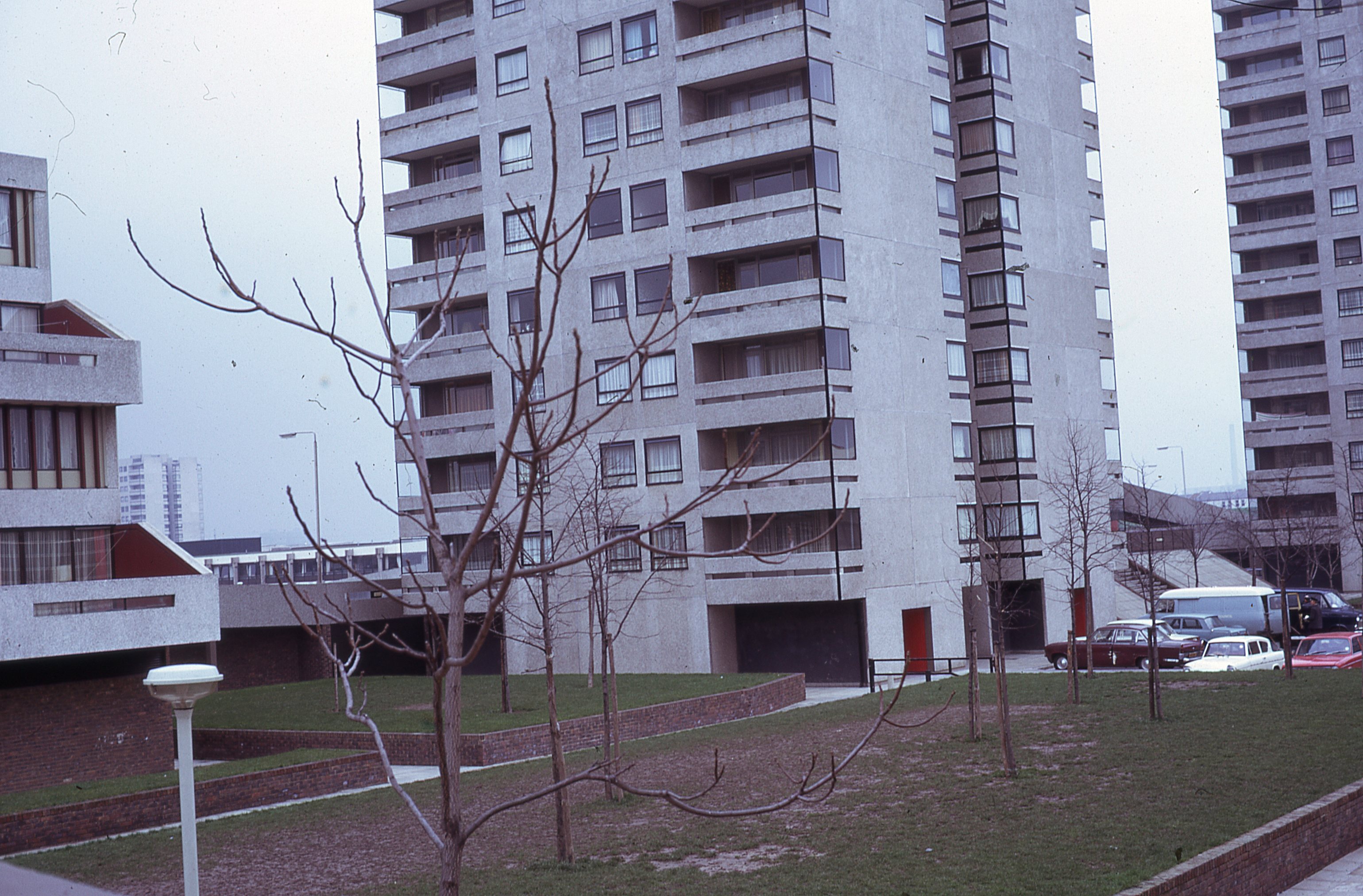 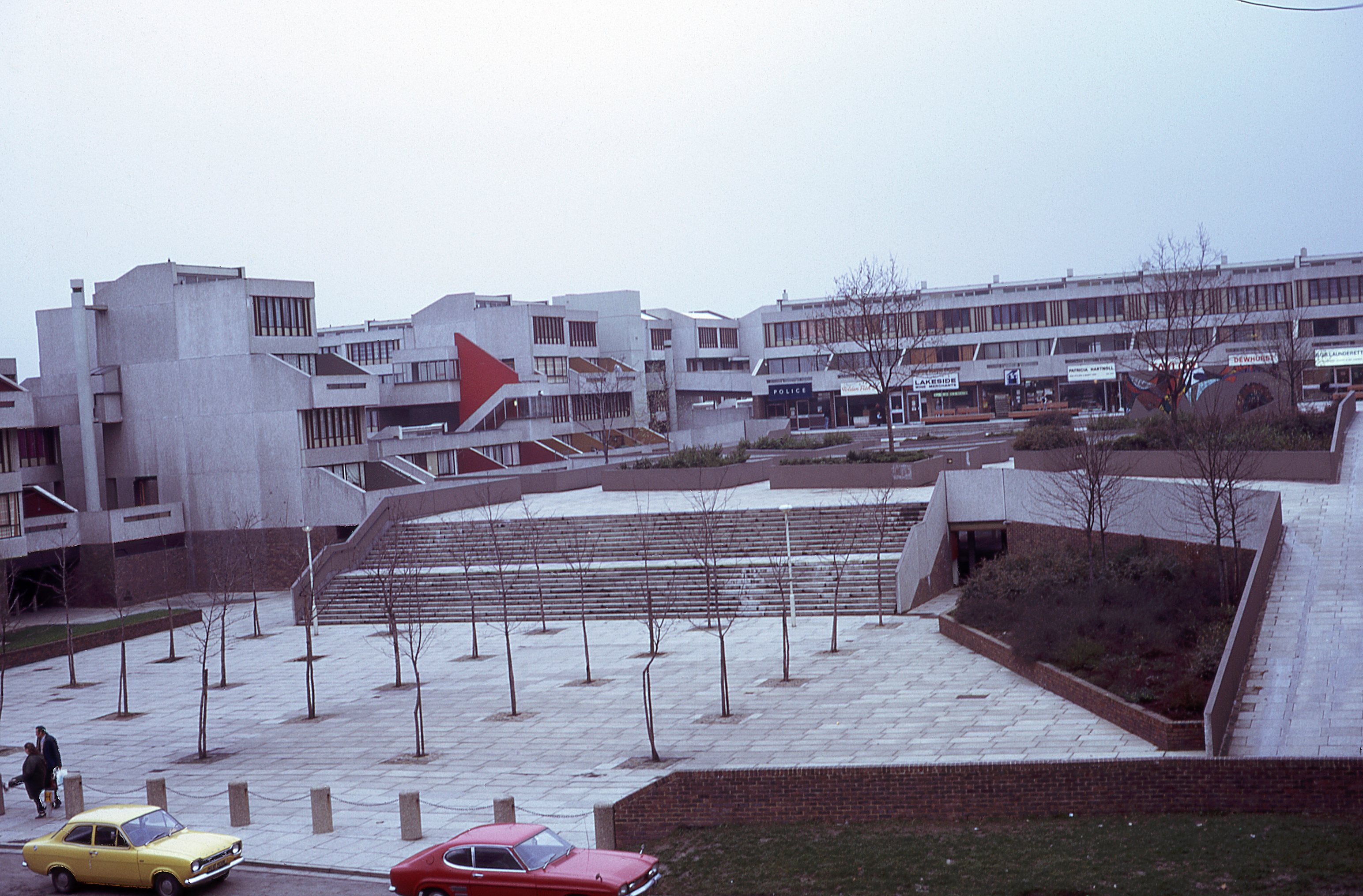 And here’s a GLC from form 1970, in which the joys of living in Thamesmead are advertised:

Most of the images on this post courtesy of Glen F. whose amazing collection of photographs and postcards can be found on Flickr.