This advert for Vince Man’s Shop – the small Soho boutique which sparked the modernisation of menswear design and retailing in the second half of the 20th century – was designed by Gordon Moore for issue 20 of the Royal College Of Art magazine ARK, published in autumn 1957. 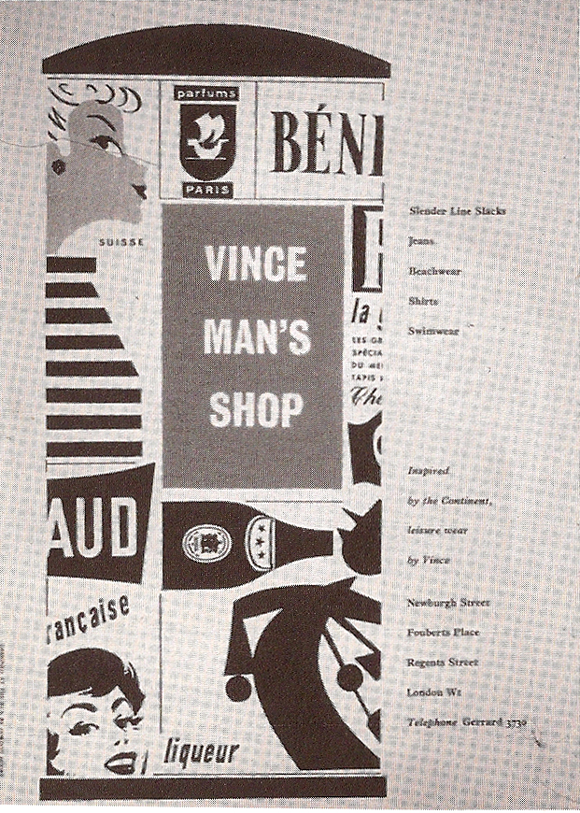 Launched in 1950, ARK was a veritable hothouse for design talent as well as a barometer of young British art. The adverts were created by students; around this time Moore also designed murals for Terence Conran’s first Soup Kitchen restaurant in Knightsbridge and later became photography editor of Oui and Playboy.

Moore’s ad was the third and last for Vince to feature in consecutive issues of ARK. 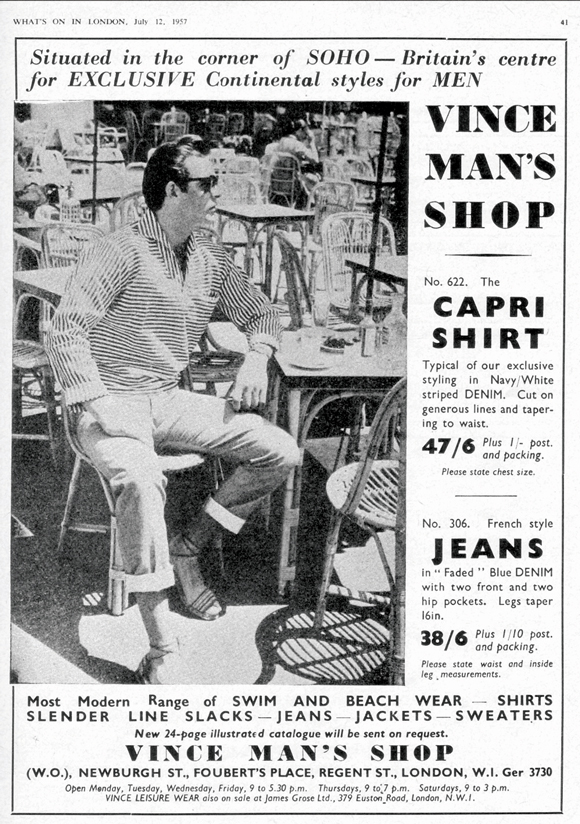 The shop was opened in 1954 by muscle-boy photographer Bill (or sometimes Basil) Green, who told writer Rodney Bennett-England at the height of Swinging London more than a decade later that the secret of his early success was to tap into the burning desire among British youth for denim.

“I demonstrated it was not just an overall cloth,” said Green. “Pale blue is still the top seller. We also used a lot of other cloths like bed ticking, reversed fabrics and sailcloth. We did tapered shirts from the beginning. None of the revolution in menswear would have worked if the girls hadn’t approved. They wanted men to wear more exciting clothes with colour and a closer fit.” 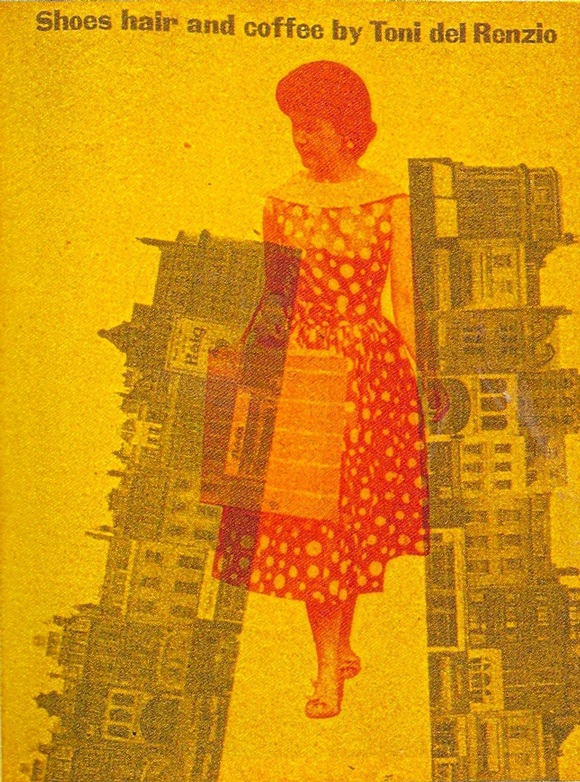 As related by Alex Seago in his examination of post-war art-school sensibilities Burning The Box Of Beautiful Things, the Continental casual-wear propagated by Vince was hot to trot at the RCA, as was the “Soho-Italianate” decor of such haunts as El Sombrero, featured in the same edition’s local coffee bar survey by Toni del Renzio.

In Kensington, The Sombrero survived well into the 70s, its subterranean atmosphere, small dance floor and excellent music policy attracting a largely gay crowd. Whenever I visited I was thrilled in the knowledge that this was the place where David Bowie had first encountered his talented clothing designer Freddie Burretti.

But I digress. In his book, Seago cites the style of the RCA hipsters according to John Bratby’s 1960 autobiographical novel Breakdown, in which a character at one of the college’s dances wears “an Italian style short coat, a pair of pointed, elegant shoes, a thinly striped Italian shirt and a very narrow neck to belly tie. He was the new Italian-derivative arty type that had been to Italy and never recovered”. 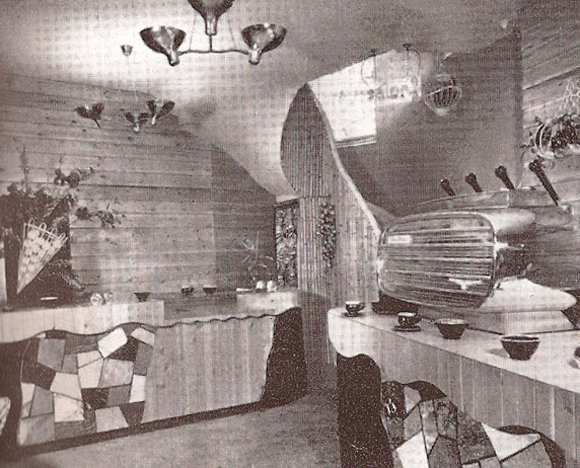 Roger Coleman, the editor of ARK 1956-57 who championed the intellectual pop of the Independent Group and moved onto the ICA and Design magazine, told Seago:

“Italian gear was very in then (in 1957). What was interesting was we all tended to have our hair cut short at the time in the Perry Como ‘college boy’ hairstyle. I remember that after I did those ARKs I was smitten by appendicitis and, after I’d been visited in hospital by Dick Smith, Robyn Denny and Pete Blake, an old Austrian guy in the bed next to me asked: ‘What is this? Some club mit the hair?’”

Coleman, now professor emeritus at the RCA and founder of the Helen Hanley Centre, specialises in the issues around design and the ageing population. Read more here.

There is a website dedicated to the Independent Group here.

I discussed how Vince Man’s Shop ignited the boutique explosion in THE LOOK.

Burning The Box Of Beautiful Things – which includes a coolly delivered foreword by Len Deighton – is essential reading for those interested in British visual culture in the 50s and 60s.