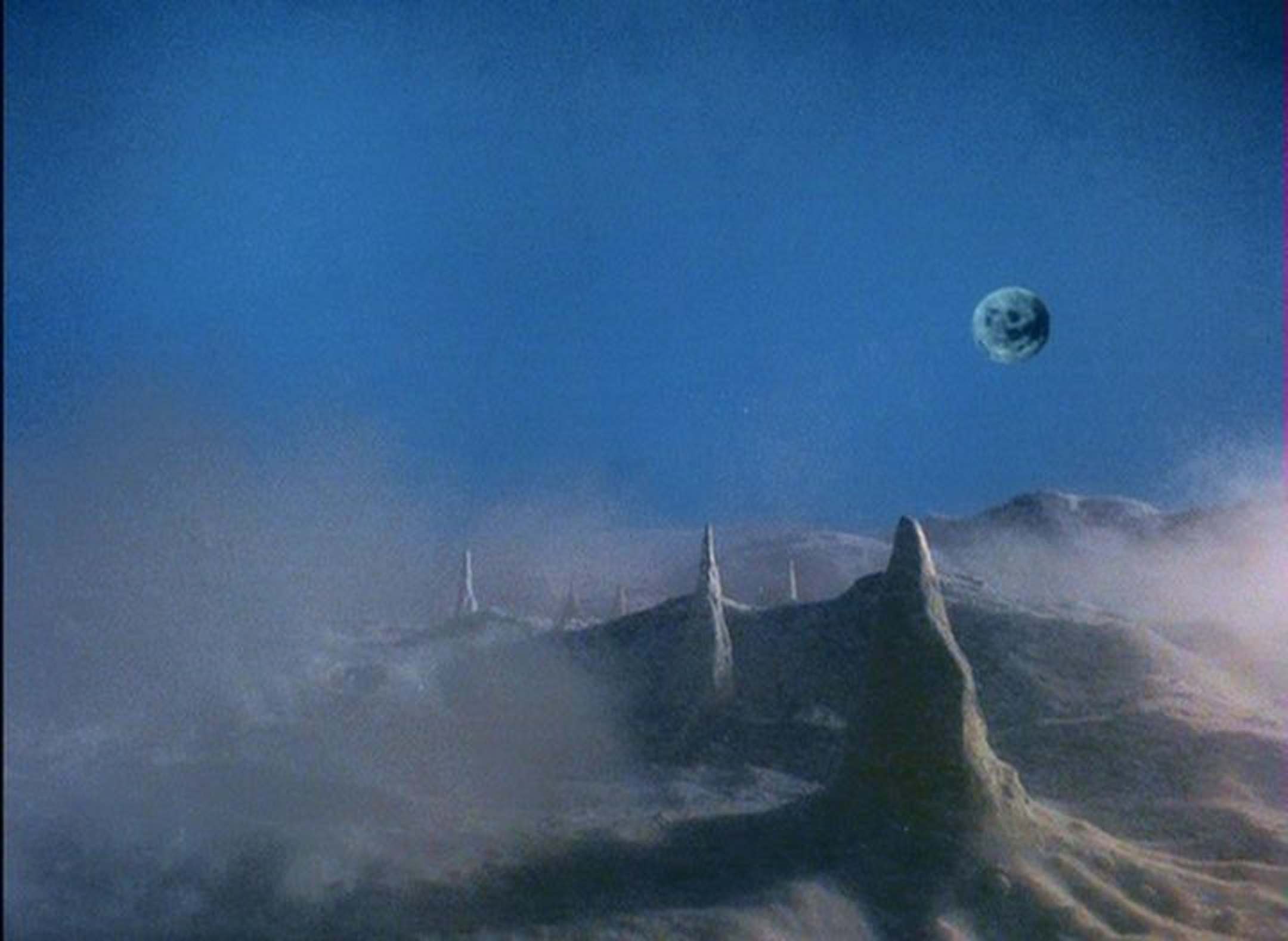 Much of North America, particularly in the northeast, is currently digging out from one of the worst winter storms since the great blizzard of 1978.

Schools are closed down, some roads are impassable, and the grocery store shelves are bare.

I write this article, in fact, on a snow day here in Charlotte, N.C, as the ice slowly starts to melt outside my home office window.

I’ve decided to take this unexpected holiday from work to recall some of the great frozen worlds from sci-fi TV and movie history.

This isn’t a complete list, of course, though it hits the hot — or cold? — spots.

And remember, the subject is frozen, ice  or snow planets, not merely snow environments on diverse planets (which means that fan favorites like The X-Files [“Ice”] and Game of Thrones don’t exactly fit the bill.) 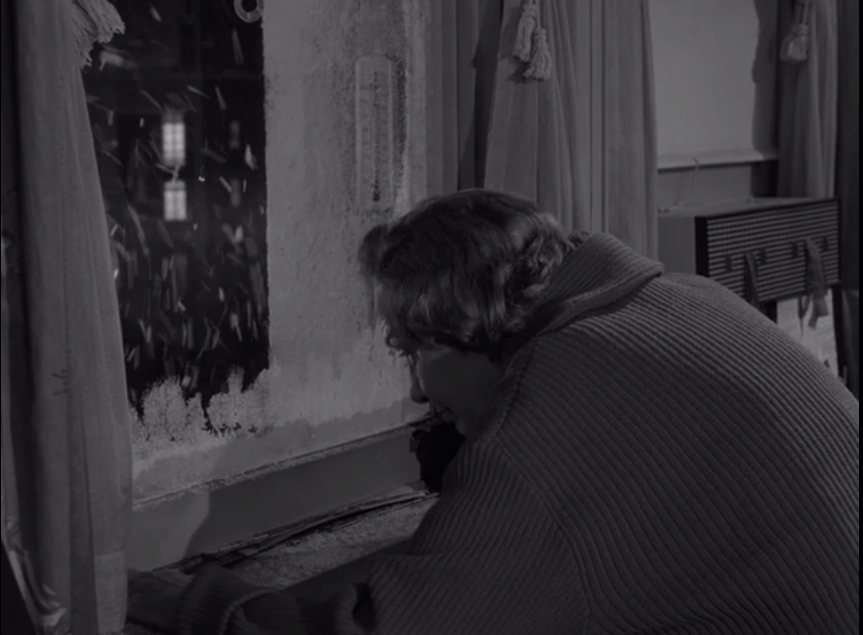 This third season episode of the Rod Serling anthology features a wicked turnaround. A woman named Norma (Lois Nettleton) dreams that Earth is hurtling towards the sun, with temperatures rising.

When she wakes up from a slumber, however,  she contends with a chilling reality instead. Temperatures are dropping because Earth itself is becoming a frozen world as moves further and further away from Sol.

So in this case, Earth is the ice planet of this fictional universe, one where all life will soon freeze to death. 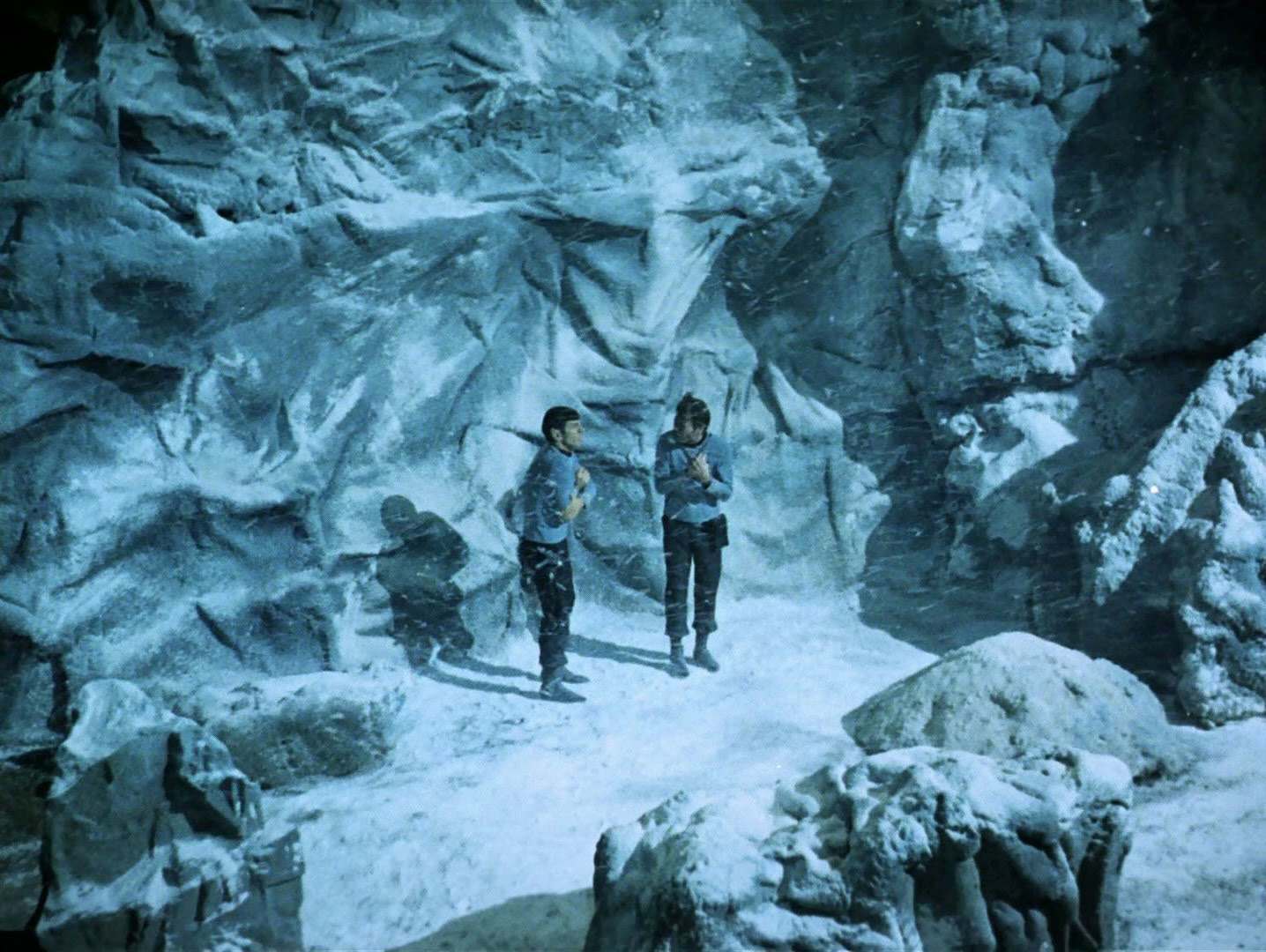 Star Trek:  “All Our Yesterdays” (Sarpeidon)

Ice planets have been a staple of Star Trek since the very beginning of the franchise. Early episodes such as “The Naked Time” and “The Enemy Within” both features inhospitable worlds of ice and snow.  Even the movie series has featured snow worlds such as Rura Penthe (Star Trek VI: The Undiscovered Country [1991]) and Delta Vega (Star Trek [2009]).

But one of the most memorable stories featuring a frozen planet, however, is from the third season of the Original Series: “All Our Yesterdays.”

In this episode, Spock (Leonard Nimoy) and Dr. McCoy (DeForest Kelley) are transported back to the ice age of Sarpeidon, a world in danger of being destroyed by an impending supernova.

In that frozen past, Spock falls in love with an exile from another time, the lovely Zarabeth (Mariette Hartley).  Now Spock — who is becoming a “primitive” Vulcan and experiencing emotions — must choose between returning to the present or staying in the frozen wasteland with the lonely stranger. 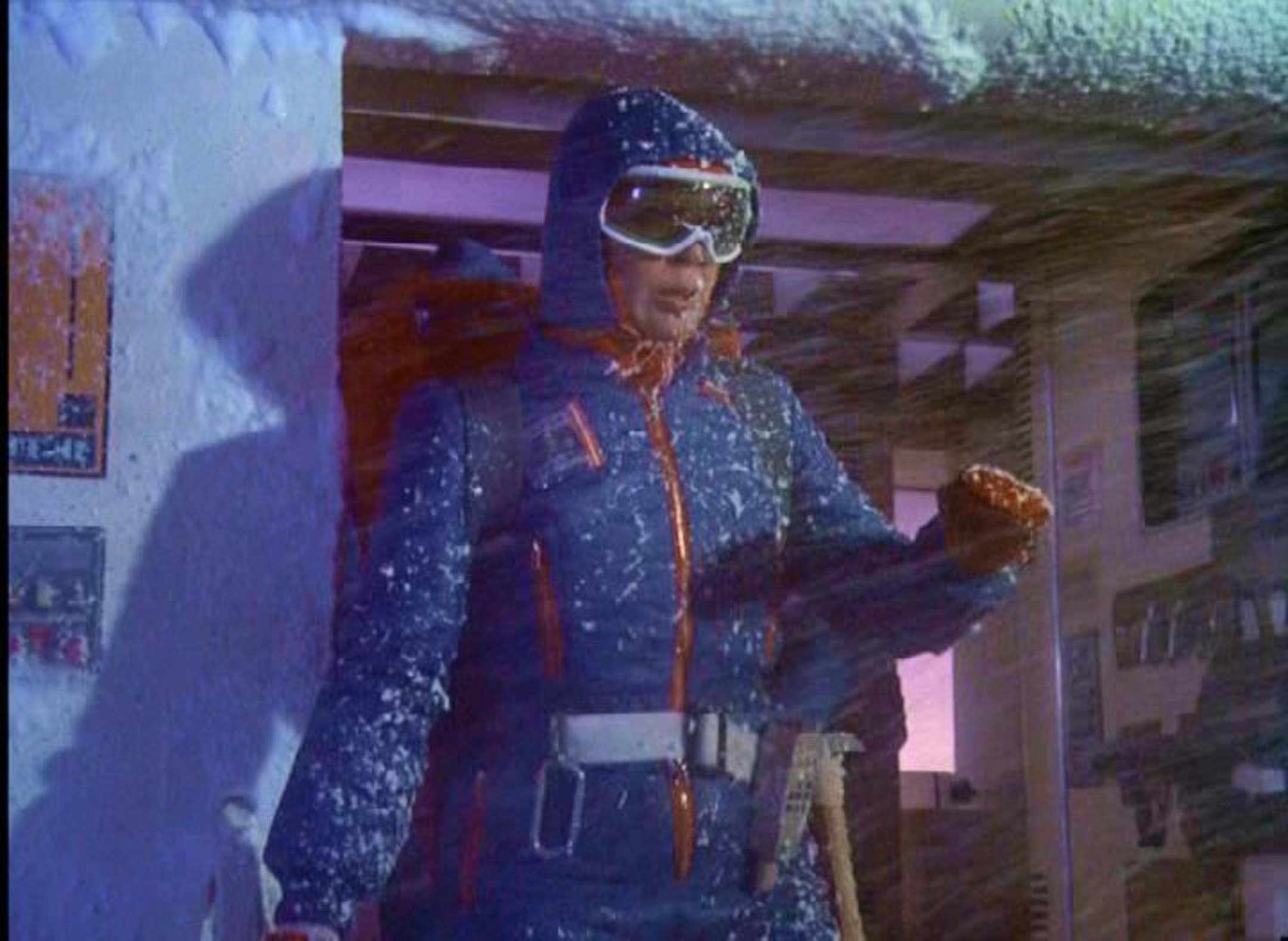 In this episode of Gerry and Sylvia Anderson’s epic space adventure, the wanderers of Moonbase Alpha encounter a frozen world, Ultima Thule, where human survivors of a failed space mission have apparently discovered the secret of immortality.

Commander John Koenig (Martin Landau), Dr. Helena Russell (Barbara Bain), Professor Victor Bergman (Barry Morse) and Captain Alan Carter (Nick Tate) land in the frozen wasteland and are nearly lost in a blinding blizzard.  When they find the denizens of Ultima Thule, they learn, in horrifying fashion, that the world is not just frozen in ice, but frozen in time as well…

A Year Two episode of the series re-used stock footage of Ultima Thule, briefly, to depict the frozen world of Vega. In “One Moment of Humanity,” emotionless androids transported Helena and Tony Verdeschi (Tony Anholt) there to learn the secret of human feelings…the secret of violent behavior.

In this classic two-part episode from the Glen A Larson space opera (not the modernized re-boot), the Galactica and her rag-tag fleet are herded by Cylon ships into range of a deadly laser cannon that is ensconced on a snow world.

Captain Apollo (Richard Hatch) and Lt. Starbuck (Dirk Benedict) lead a team of prison convicts to the frozen surface of the planet in an attempt to destroy the deadly weapon, created by Dr. Ravashol (Dan O’Herlihy).

Unfortunately, Boxey (Noah Hathaway) has stowed away and must also face the frozen hazards of Ice Planet Zero.

The good news?  The planet is populated largely by clones of Britt Ekland. 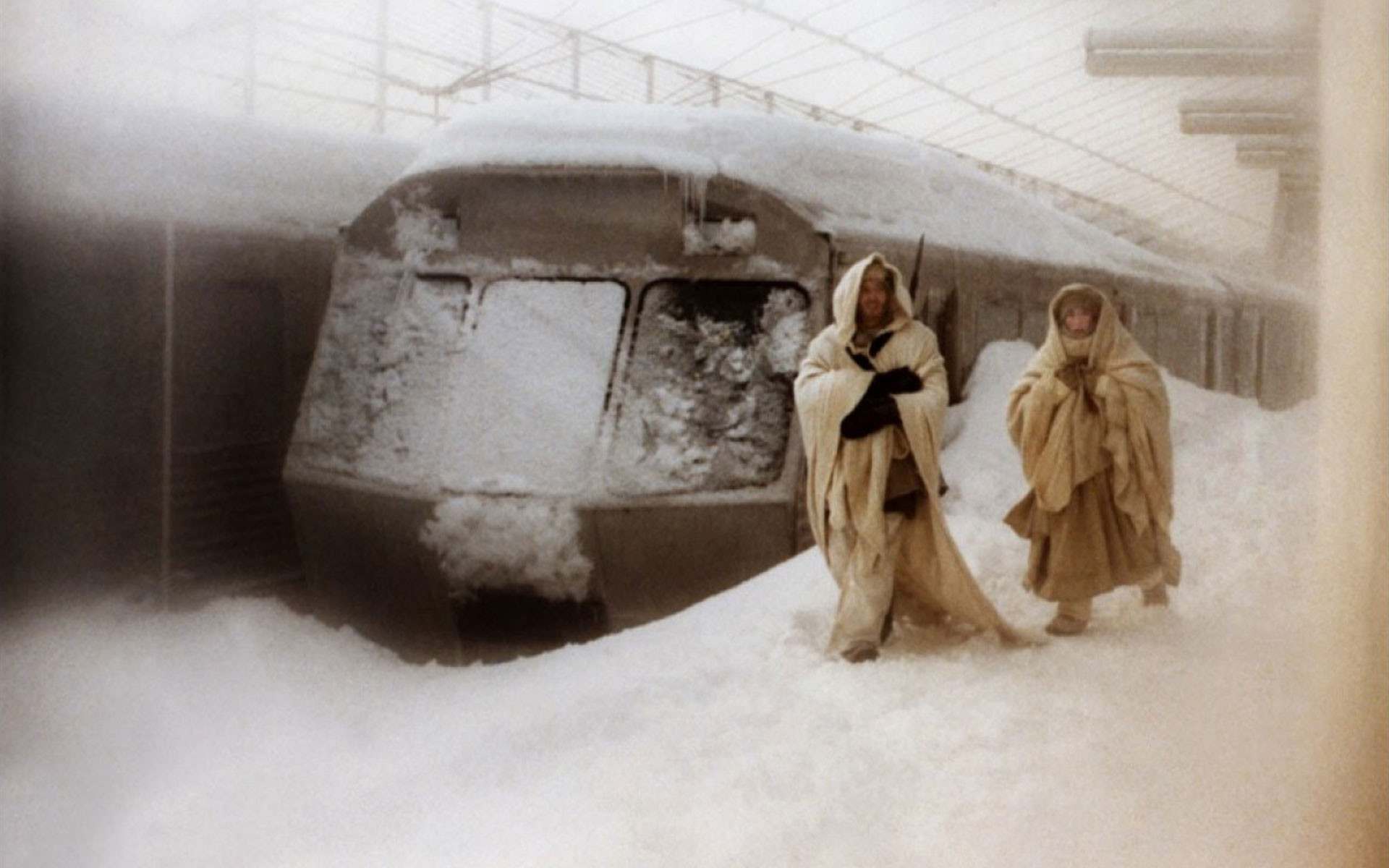 In this critically-derided (but fascinating…) Robert Altman genre film, the Earth has fallen into a second ice age, and the human race teeters on the edge of extinction.

Paul Newman plays a wanderer who arrives at the last city on Earth, and finds its denizens locked in a deadly game, “Quintet,” which results in violence and murder.

In this film, hope “dies” along with Newman’s pregnant companion, and the very edges of the film frame themselves seem encased in impenetrable ice. 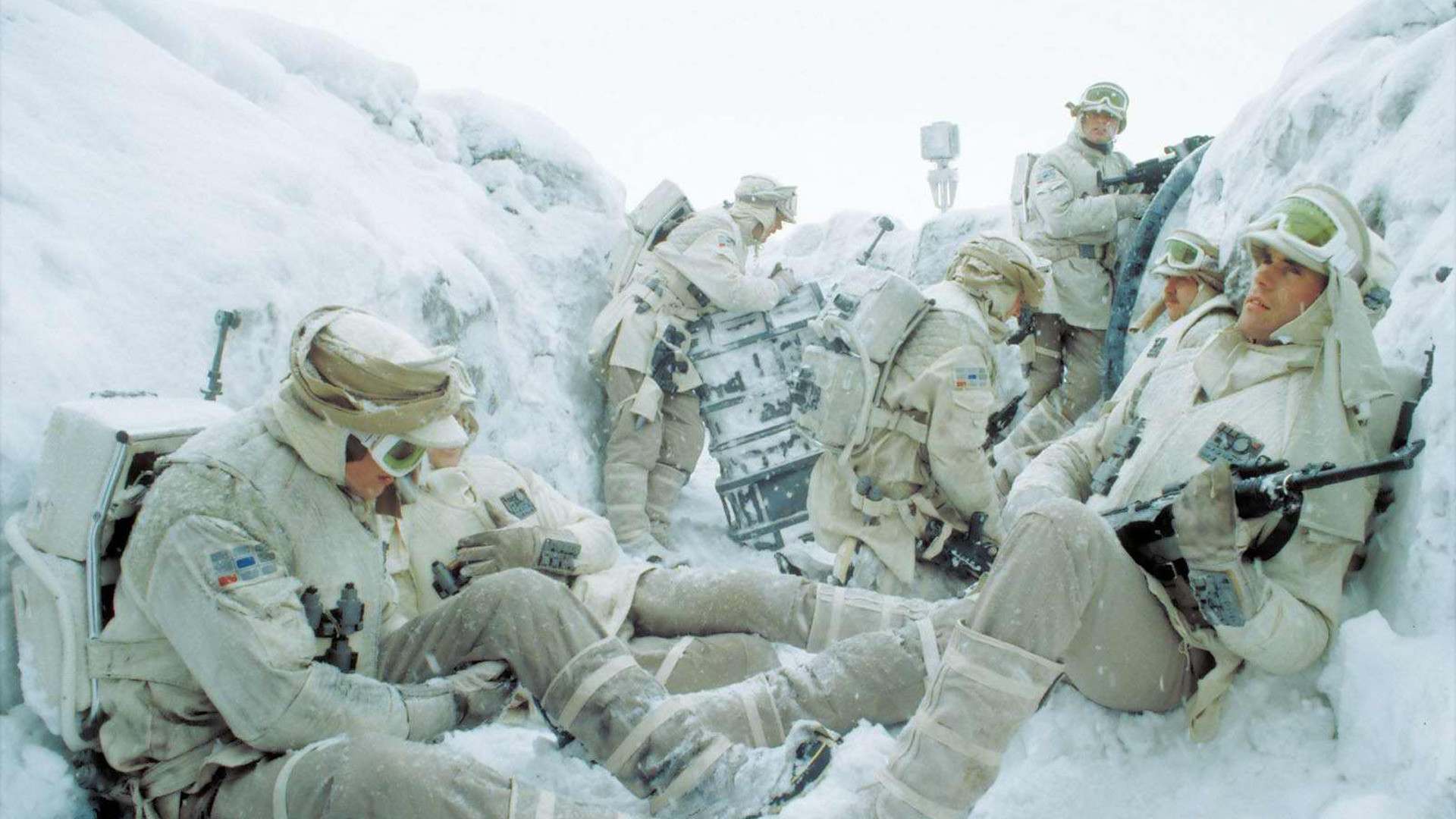 Hoth — featured in Star Wars Episode V — is probably the most famous of all snow planets in visual science fiction history.

The rebels, having fled their base on the fourth moon of Yavin, set up a new HQ on this ice planet.  Darth Vader, meanwhile, sends out Imperial Probe Droids to find the base.

Our heroes, including Han Solo (Harrison Ford) and Luke Skywalker (Mark Hamill) must contend not just with frozen temperatures on this ice planet, but carnivorous snow monsters such as the Wampa.

An unforgettable action scene in the film involves the combined forces of the Rebel Alliance (snow-speeders, infantry troops, and laser cannons), going up against the imposing Imperial AT-AT machines, all against the back-drop of ubiquitous snow. 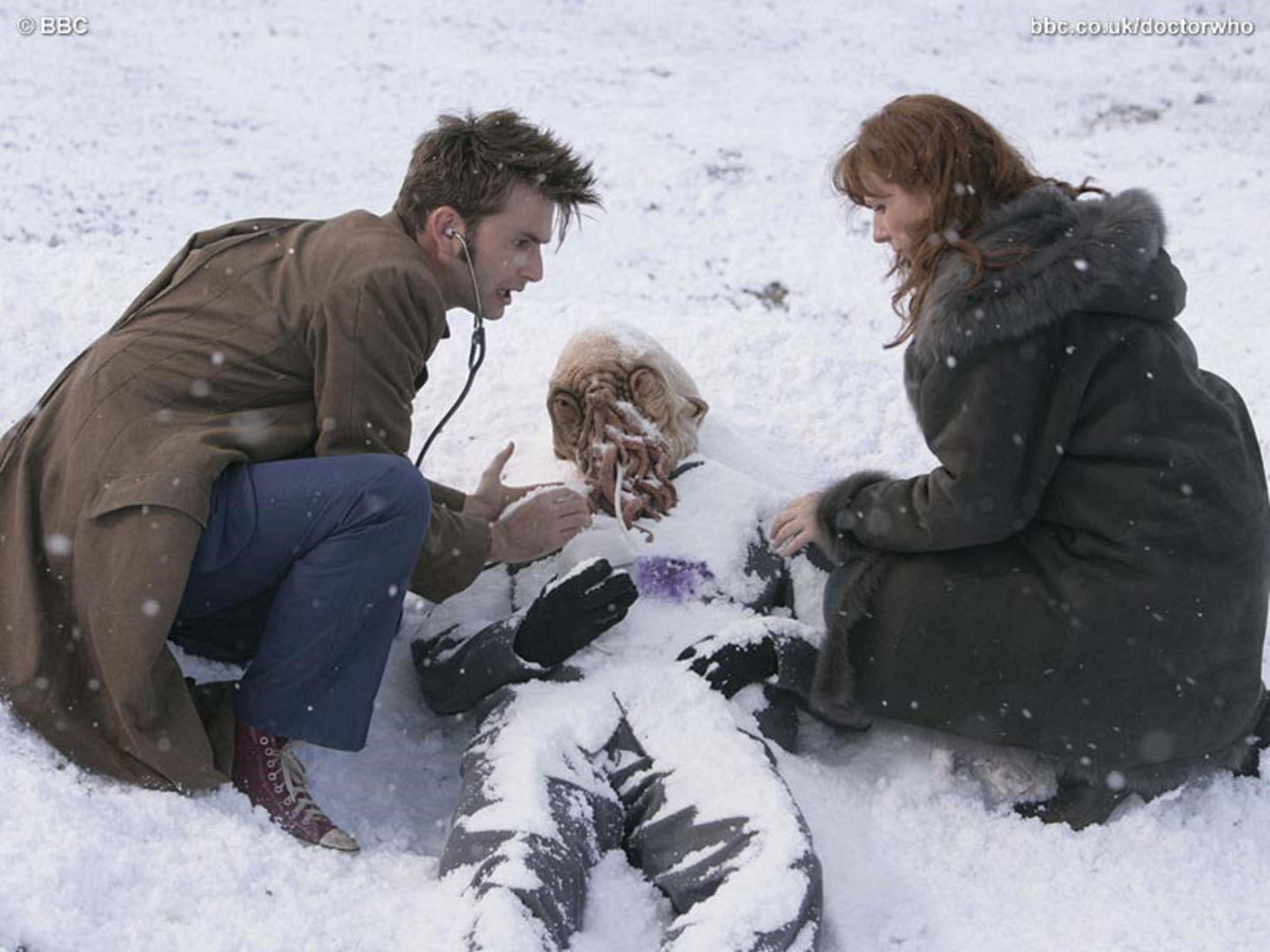 Doctor Who: “Planet of the Ood”

Late in his run, the Tenth Doctor (David Tennant) and his human companion, Donna Noble (Catherine Tate) discover that the natural beauty of the frozen, Ood home planet hides a nasty secret about human nature. 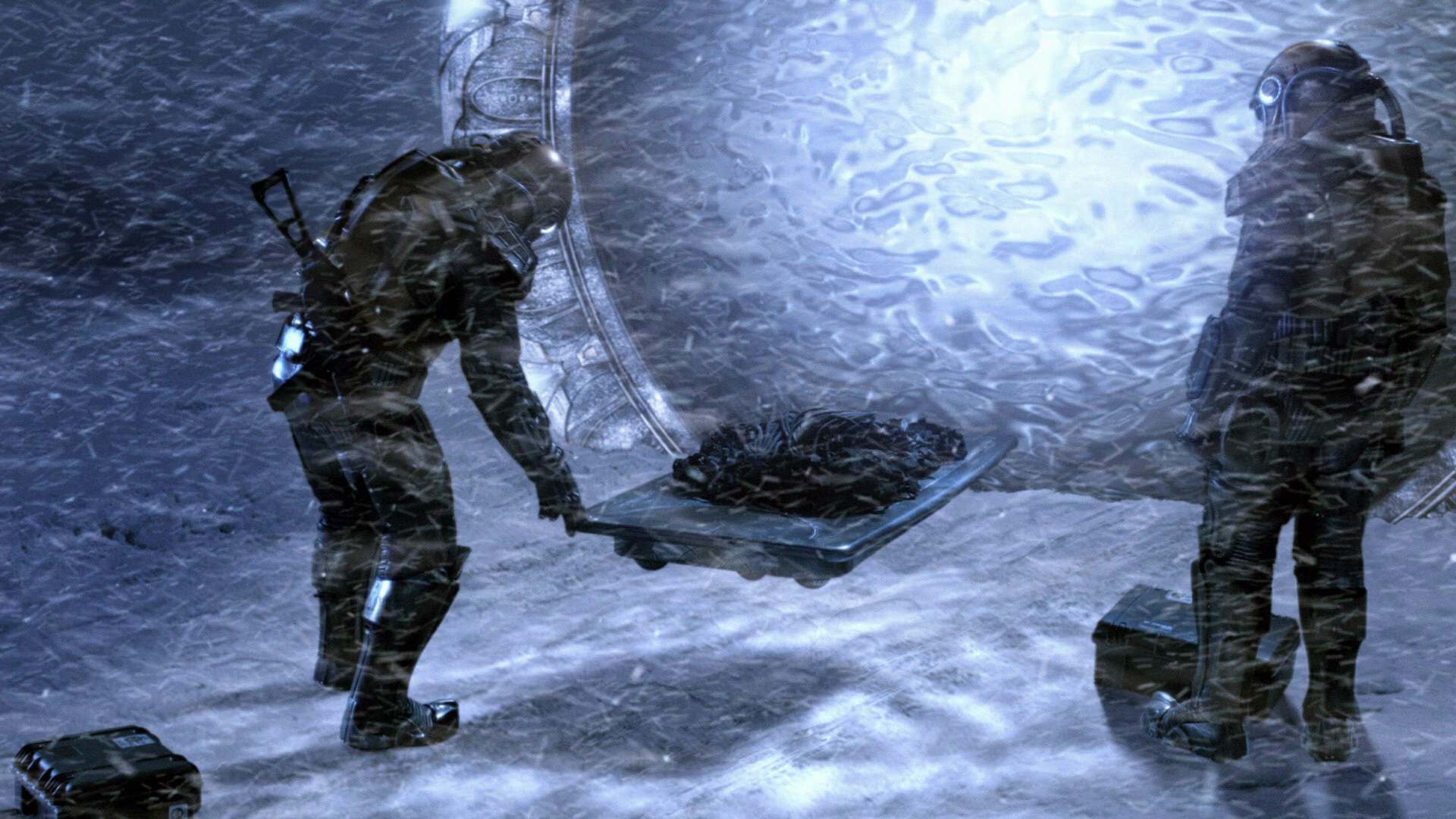 The answer to this dilemma revolves around an ice world that Eli Wallace (David Blue) nicknames “Hoth” after the Empire Strikes Back, which he refuses to call “Episode V.”

There, in the poisonous atmosphere, the crew must harness ice and replenish the ship’s supply of water, despite the fact that working in the sub-zero environment is extremely hazardous. 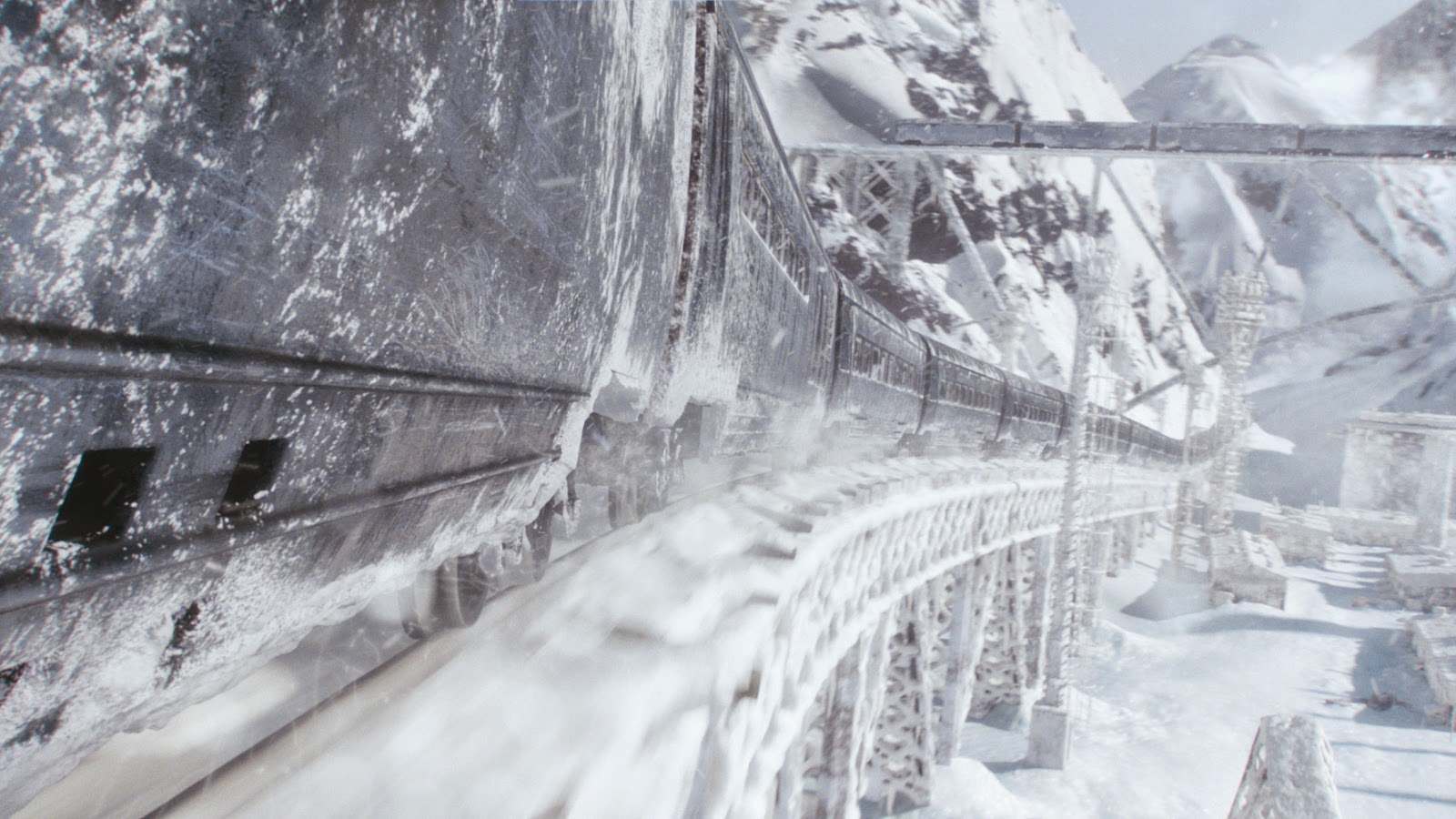 Once again, Earth is an ice planet, in this critically-acclaimed dystopian thriller.

In the future imagined by Snowpiercer, attempts to reverse global warming go dramatically awry, sending the Earth into another ice age.

The only survivors of the deadly environment are the passengers aboard a train that essentially goes nowhere, forever following an elliptical trajectory.

On the train, class divisions between the rich 1% and the poor 99% threaten to destroy everything.