The Empire Exhibition, Scotland 1938 – to give its official name – marked the fifty years since Glasgow held its first great exhibition, held at Kelvingrove Park, in 1888. This time it was based at Bellahouston Park  and was intended to help boost the economy of Scotland still recovering from the severe depression of the 1930s. The Exhibition, held between May and August was held during one of the wettest summers on record, and you don’t have to be a Scottish meteorological expert  to realise that must have been a pretty wet summer. Despite this, the exhibition attracted 12 million visitors and was seen as a great success.

Exhibition pavilions were erected on the site, the two largest being the Palace of Engineering and the Palace of Industry. Various countries from around the Empire contributed their own national pavilions. The Exhibition was mostly planned by Thomas S. Tait, who headed of a team of nine architects, which included Basil Spence (who would later design Coventry Cathedral) and Jack Coia.

The most prominent structure was the Tait Tower (officially called the Tower of Empire) which was 470 feet high (143.25 m). It was originally intended to remain as a permanent monument after the exhibition but the tower was demolished in July 1939.

The only original structure on the site that still survives is the Palace of Art. 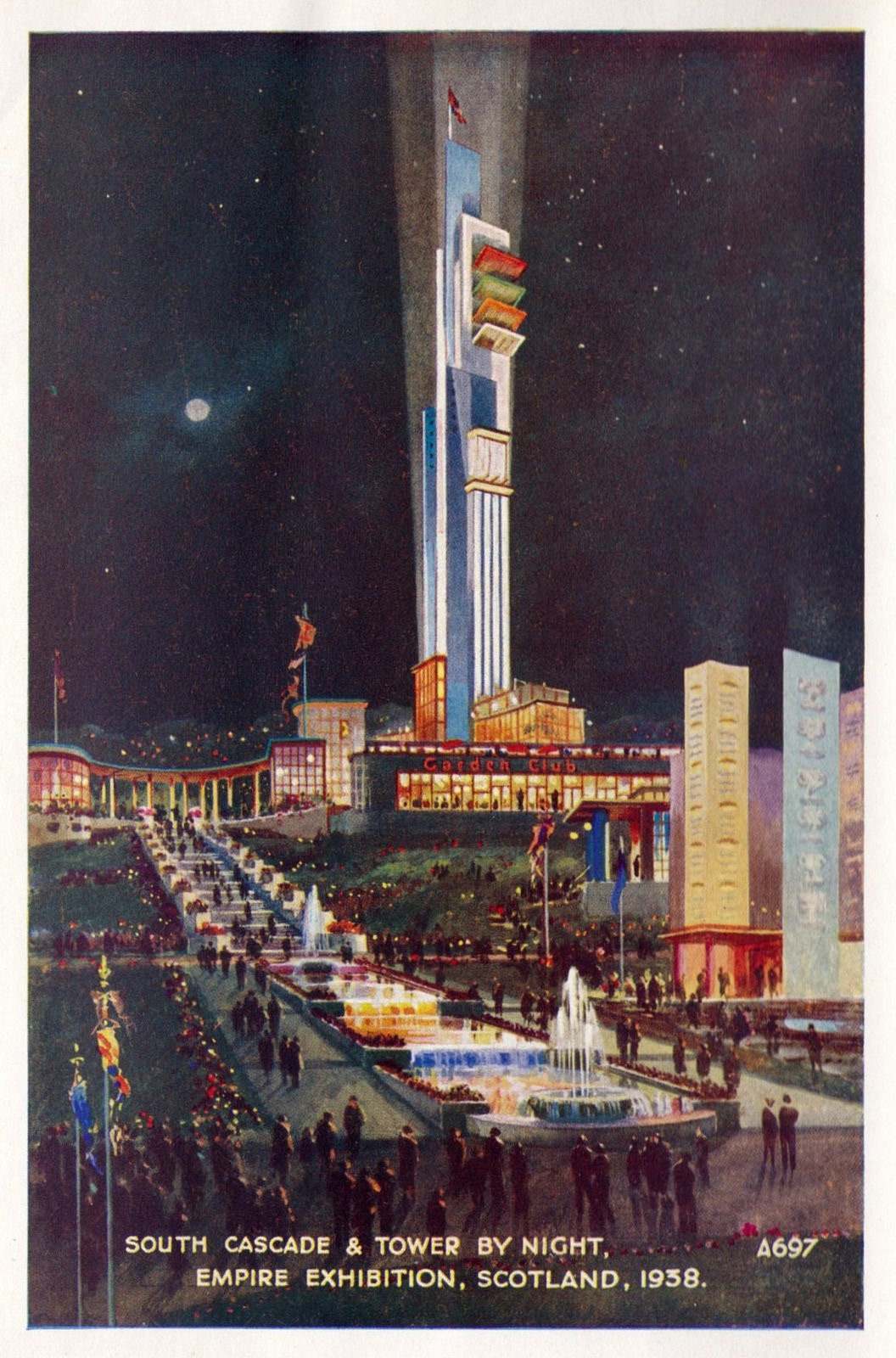 South Cascade and the ‘Tower of Empire’ by Night. 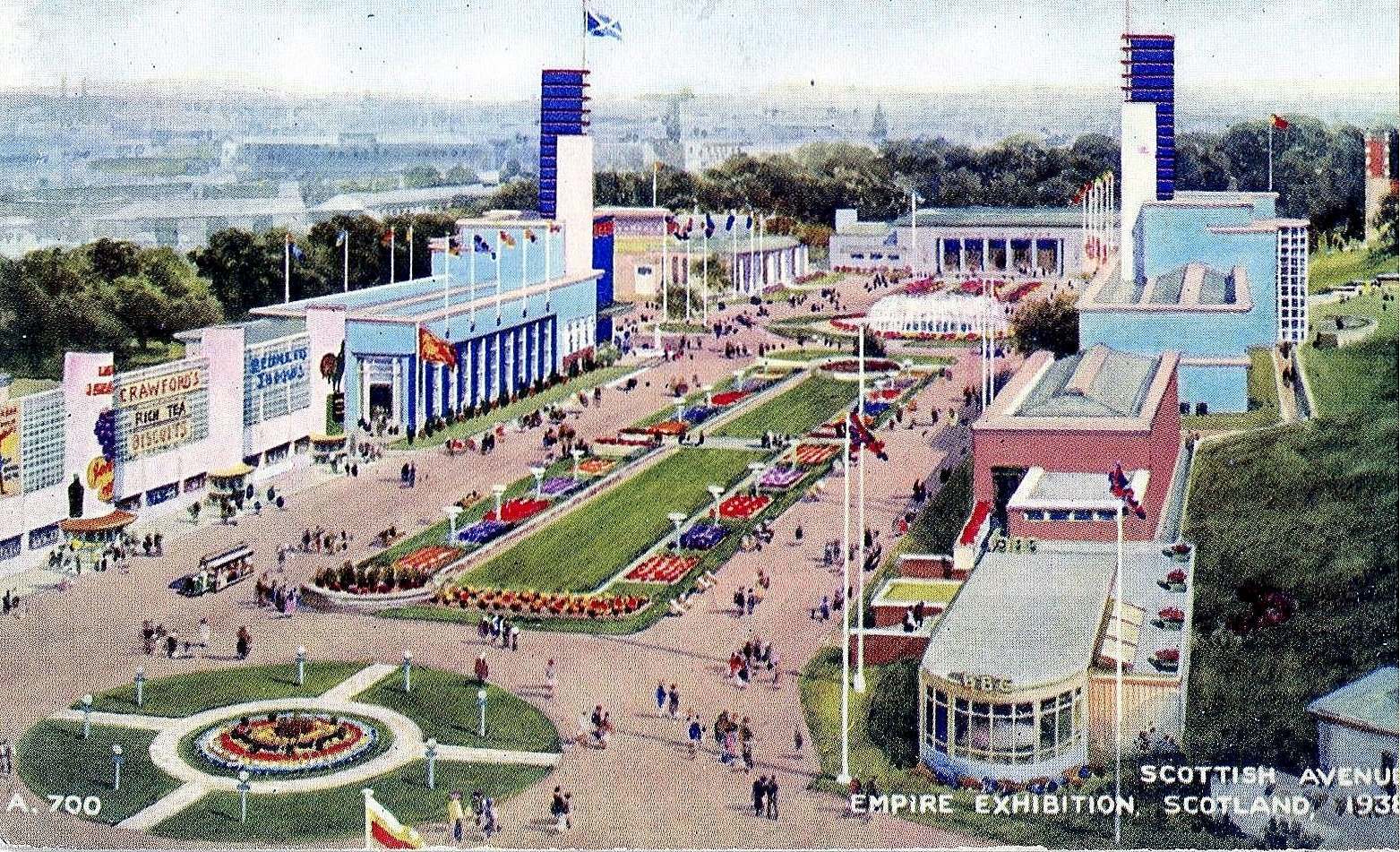 Scottish Avenue at the Empire Exhibition, 1938. 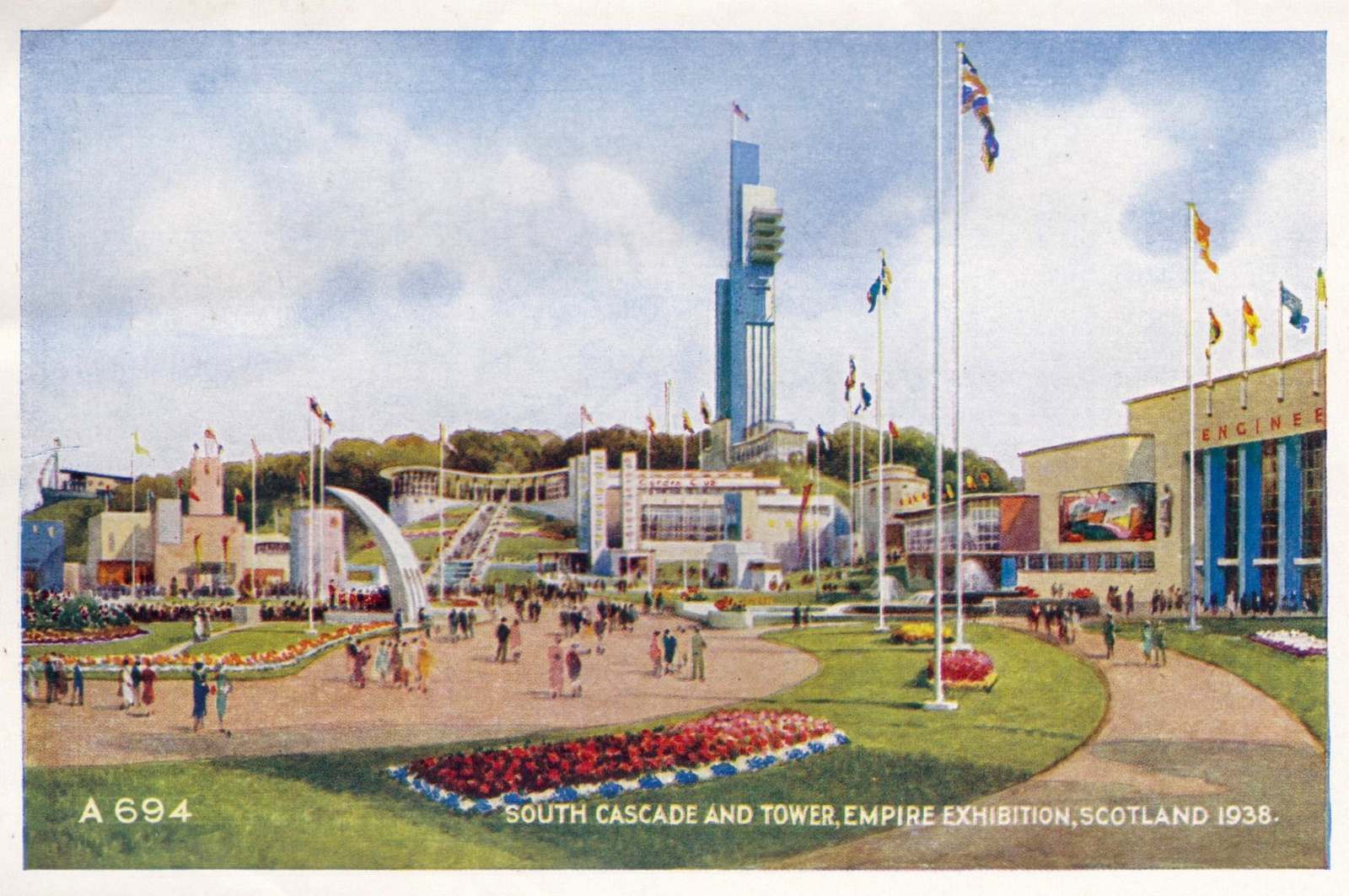 South Cascade and the Empire Tower 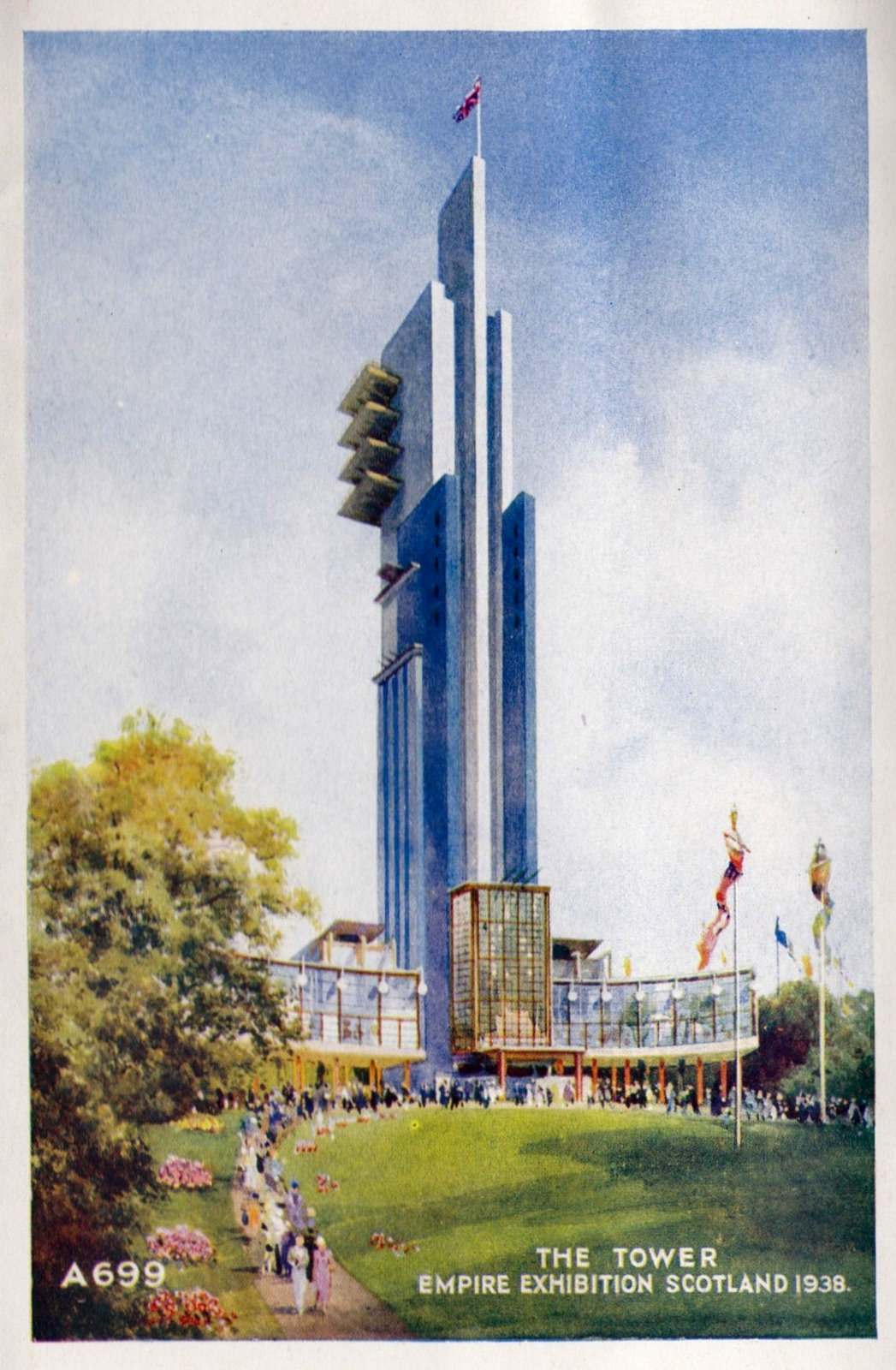 The Tait Tower was officially known as the Empire Tower. It was 470 ft tall and was demolished in 1939. 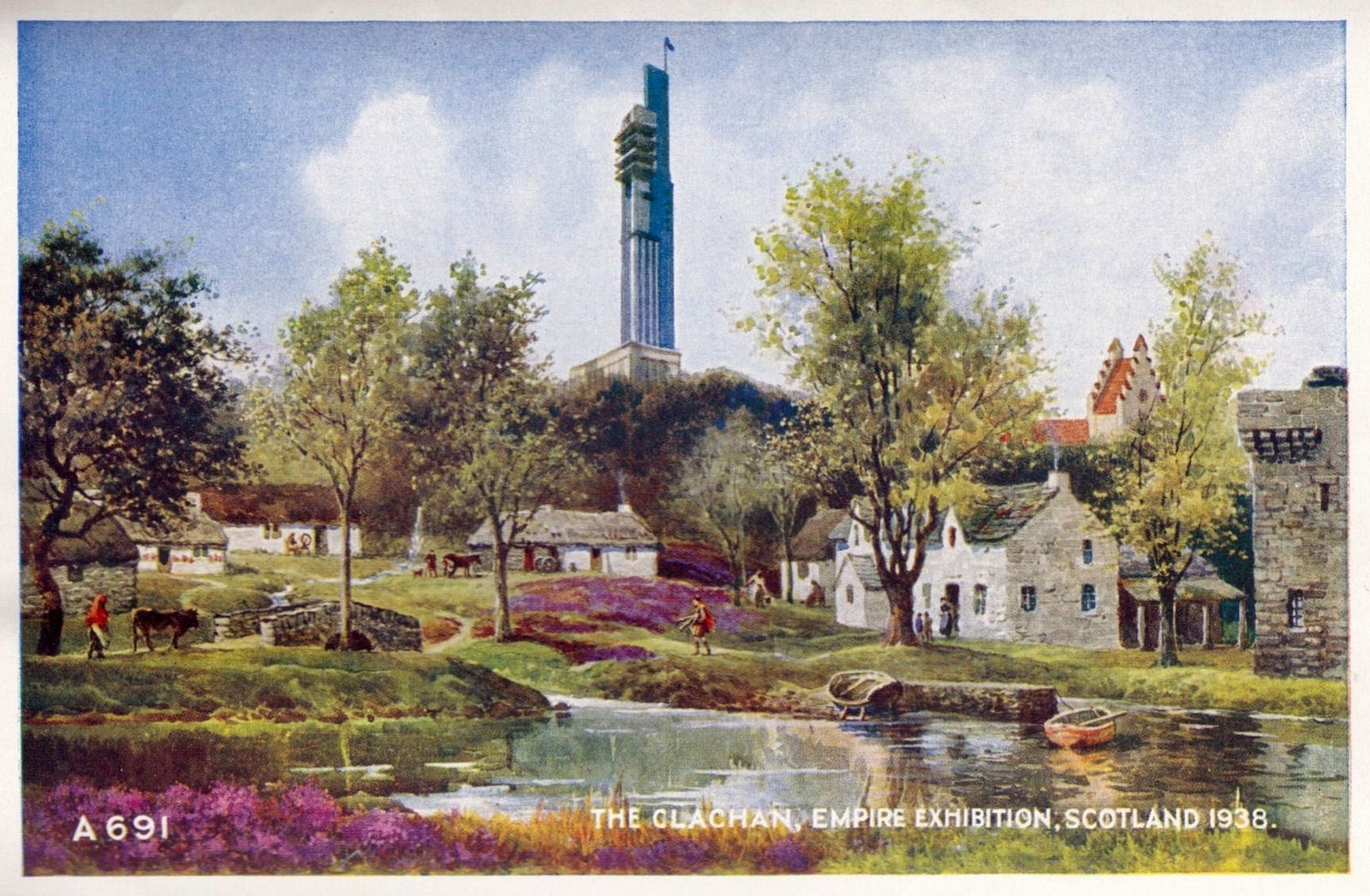 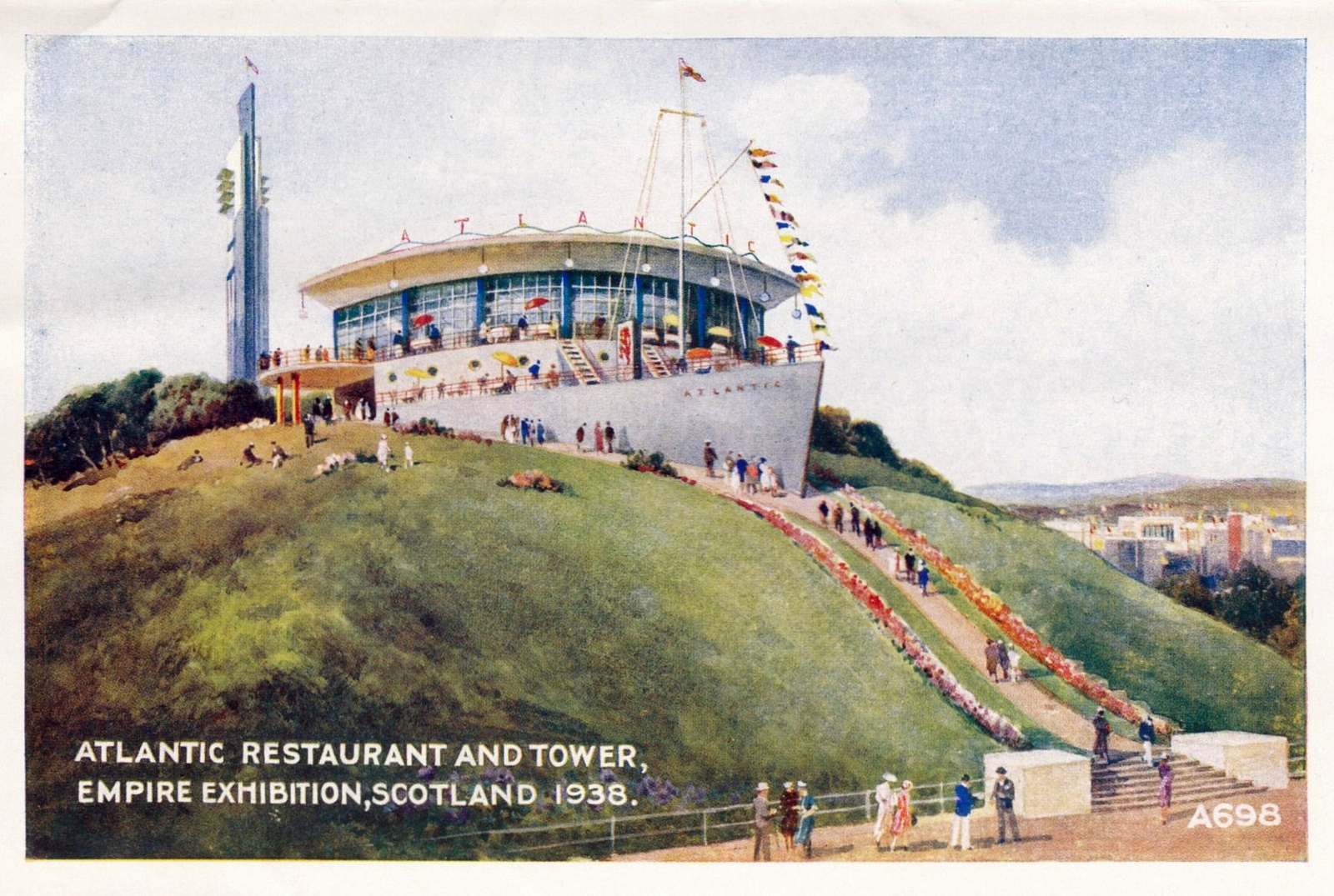 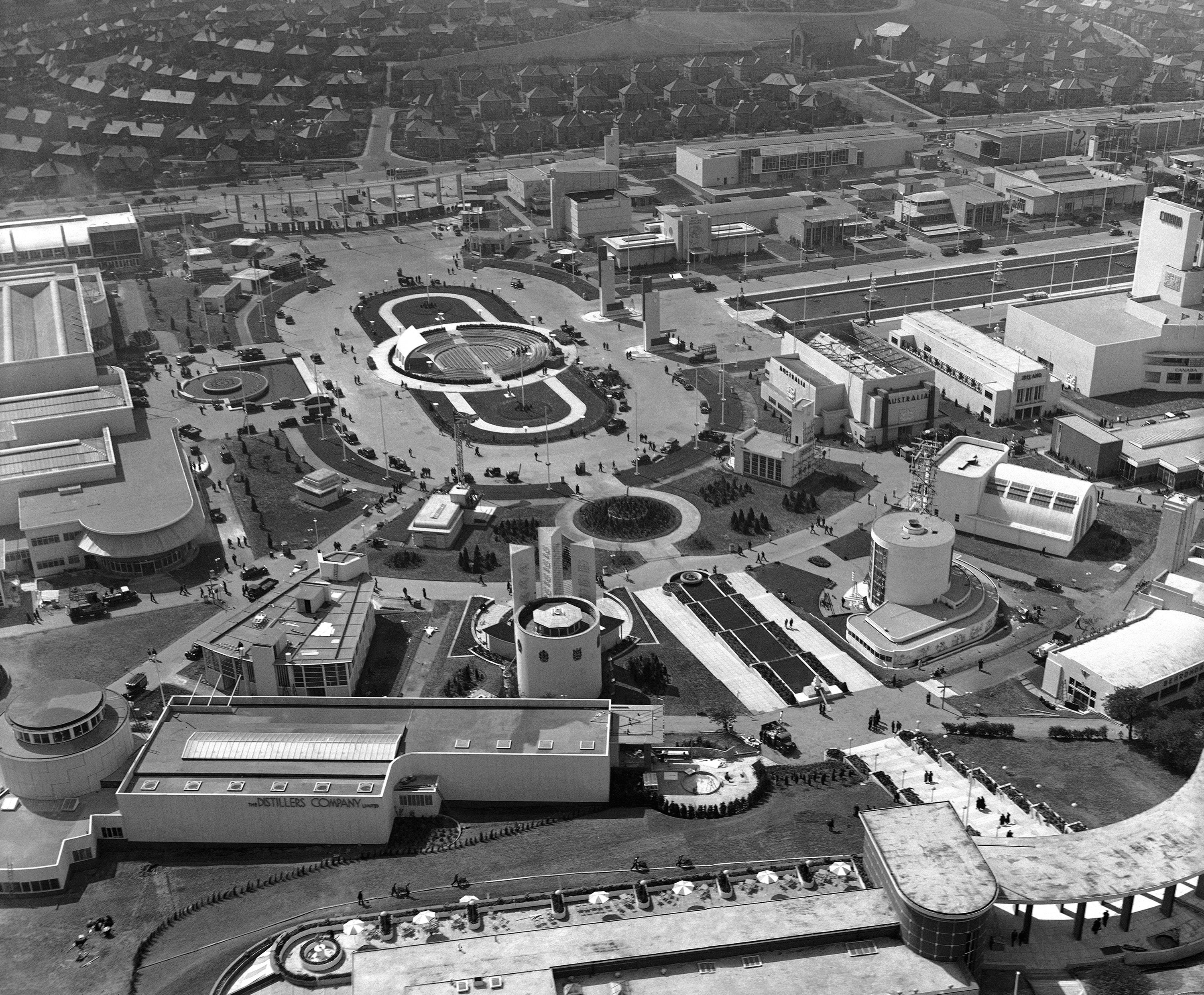 View of the completed Empire Exhibition, all in readiness for his majesty’s opening on May 3, 1938. (AP Photo) 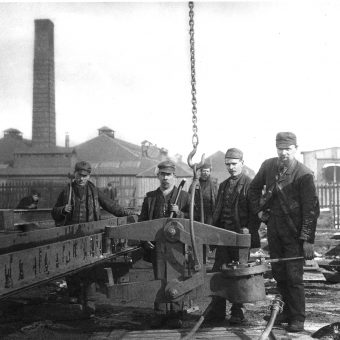