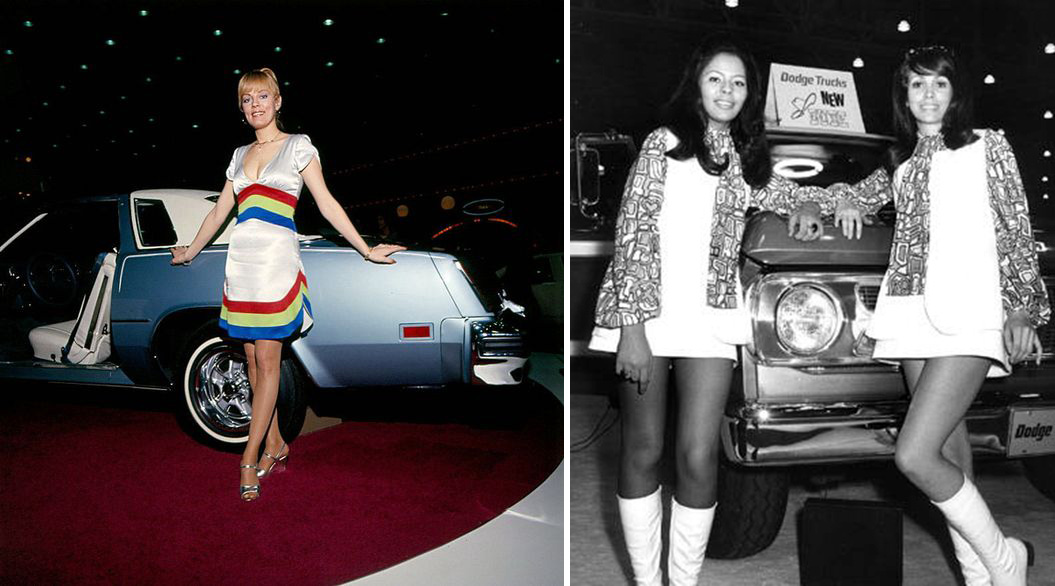 Once upon a time, it was a pretty lady in go-go boots who introduced the masses to the newest automobiles.  Ford, GM, Volkswagen,  BMW, Mercedes… all presented their new products at car shows, and it was the job of a smiling young model to put a pretty face alongside their shiny new autos.  After all, which car is going to attract more attention: the Pontiac with the blonde in a miniskirt, or the Corvette all by its lonesome?  I don’t think you need me to answer that.

By the mid-80s, the car show lady wasn’t quite so “sexed up” as she used to be; using women as hood ornaments became unacceptable.  Sure, you can still find a car show which scantily clad models – but it’s never in association with “legitimate” big auto promotions.  Alas, the golden age of the sexy auto show lady was largely over by Reagan’s second term. 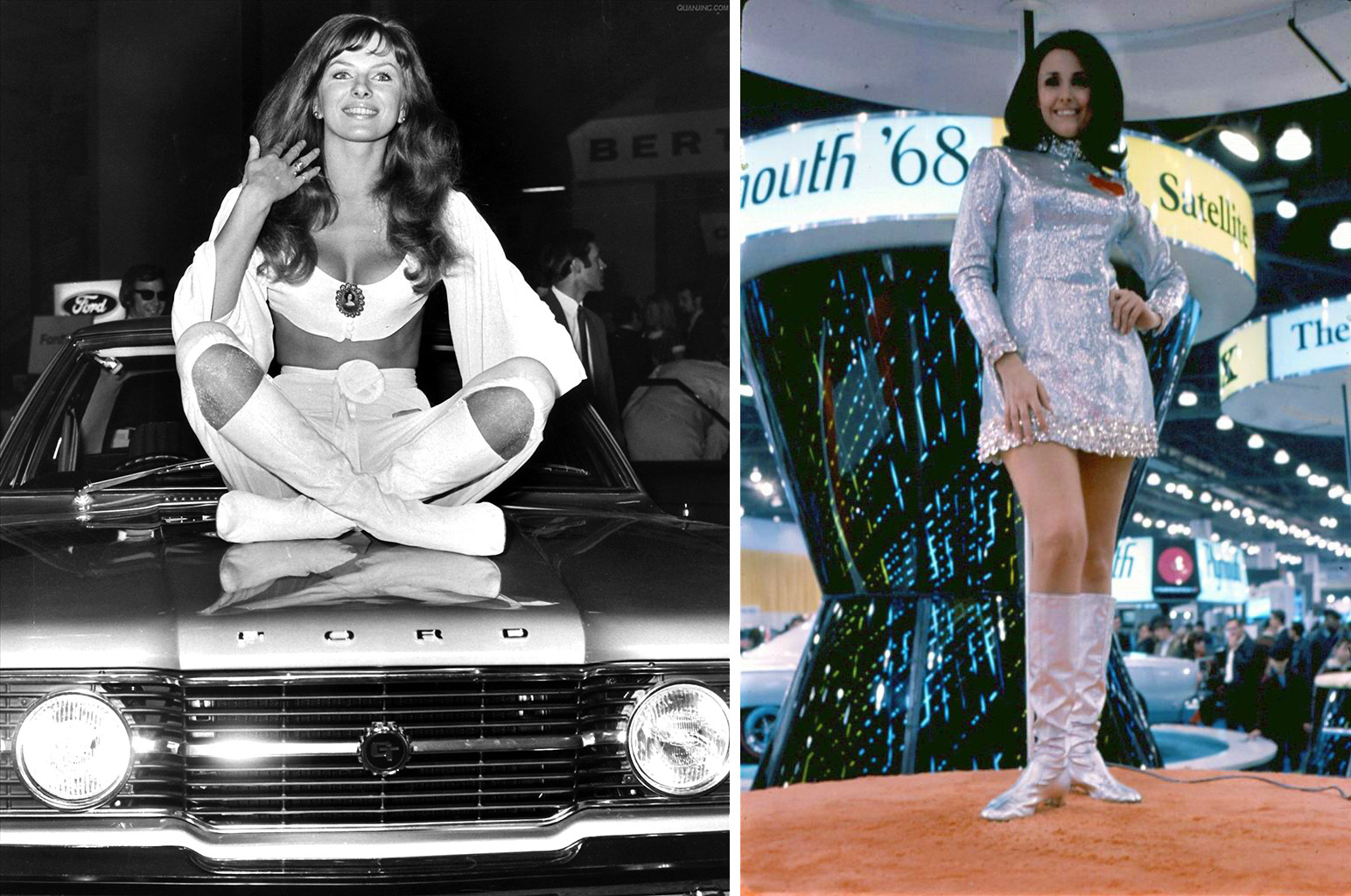 The New York Times explains: “They were a familiar sight at auto shows not that long ago, models clad in tight miniskirts or uncomfortable heels and gowns, smiling and posing fetchingly. They recited from scripts, if they spoke at all. Beginning with the earliest shows, the models were eye candy, there to accentuate the cars and trucks on display. Not much else was required.” [Mary M. Chapman, Oct. 20, 2009]

Eventually, these ladies morphed into a more “respectable” role as “Product Specialists” – but we’re preserving the old-school auto show model today.  So, here’s a stack of photographs during the golden age of the auto show model.  Enjoy. 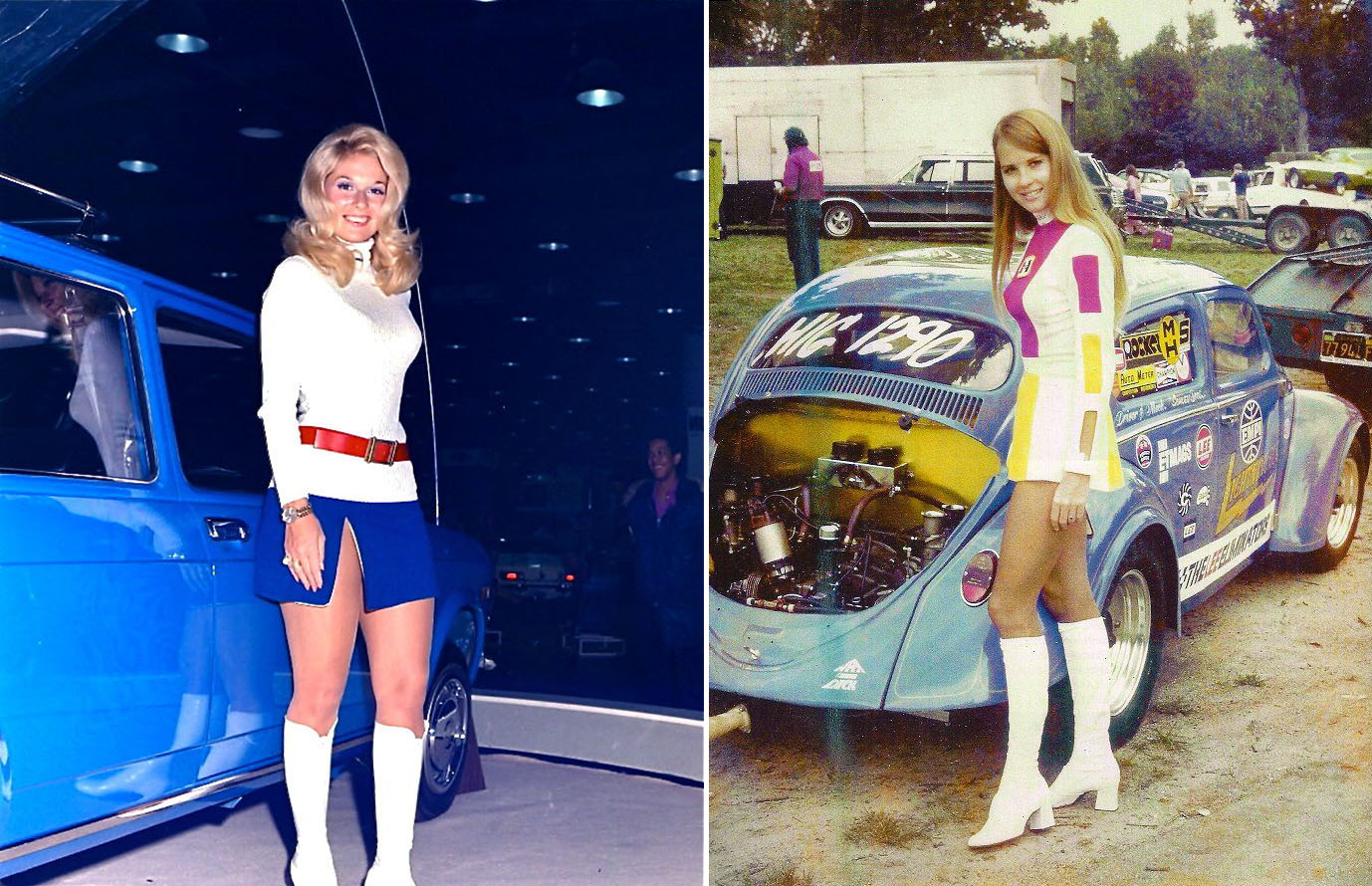 Nothing sells a station wagon or used VW like a girl in white go-go boots. 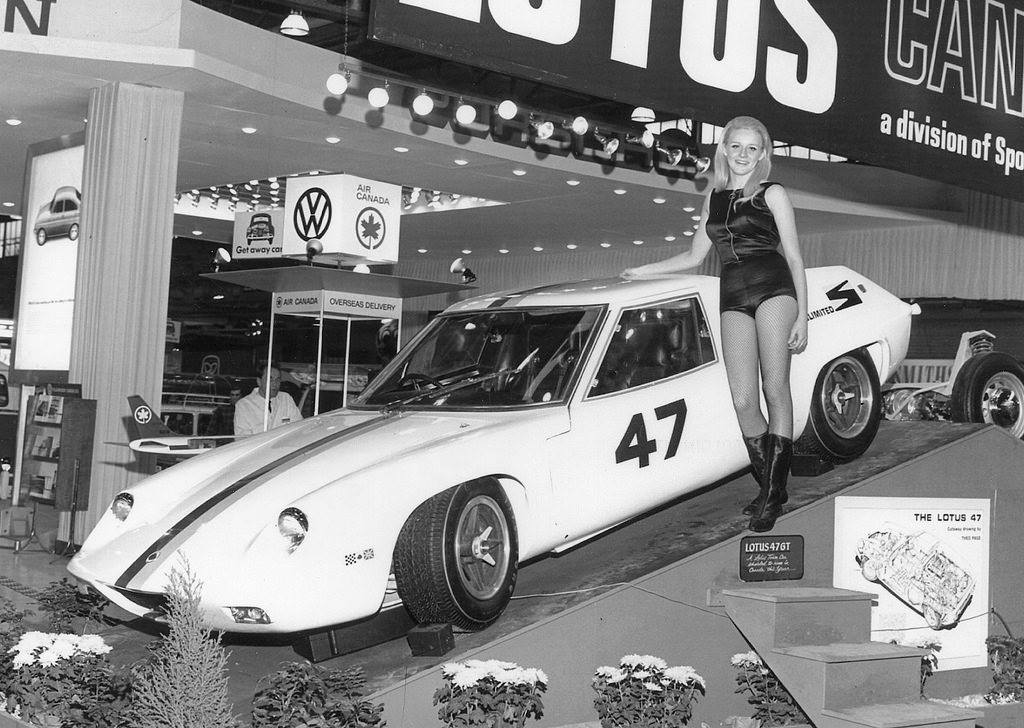 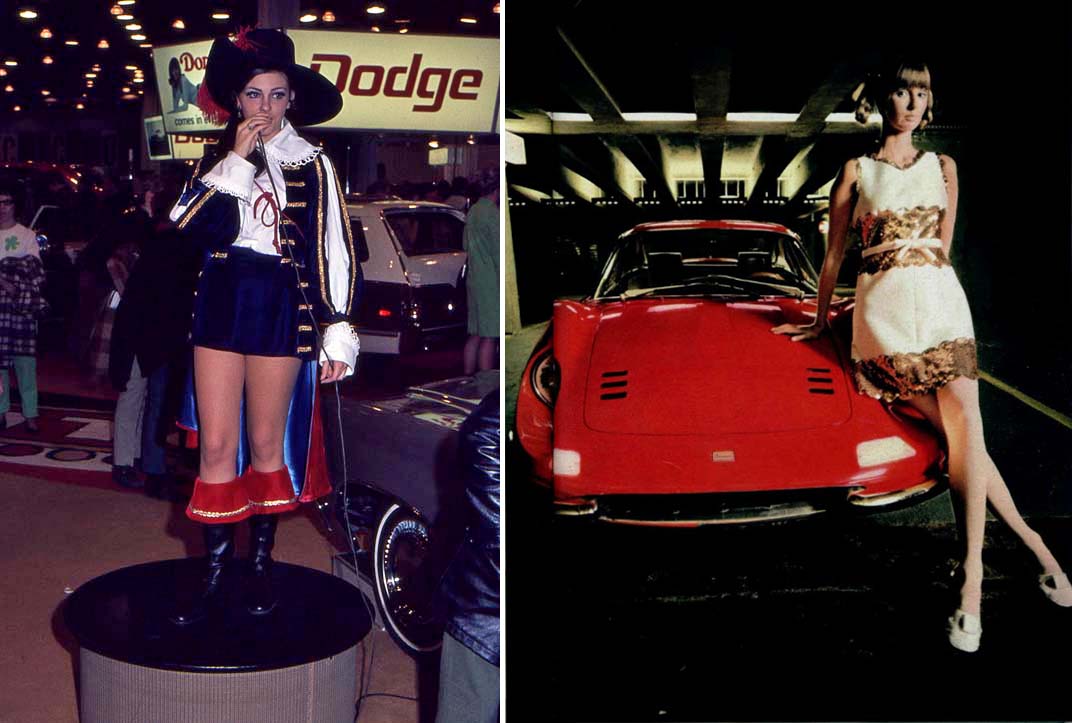 (L) – 1968 Auto Show.  Do you think these girls ever felt a tad silly in their often gaudy outfits, straddling their cars?  It was a different time – I think not. 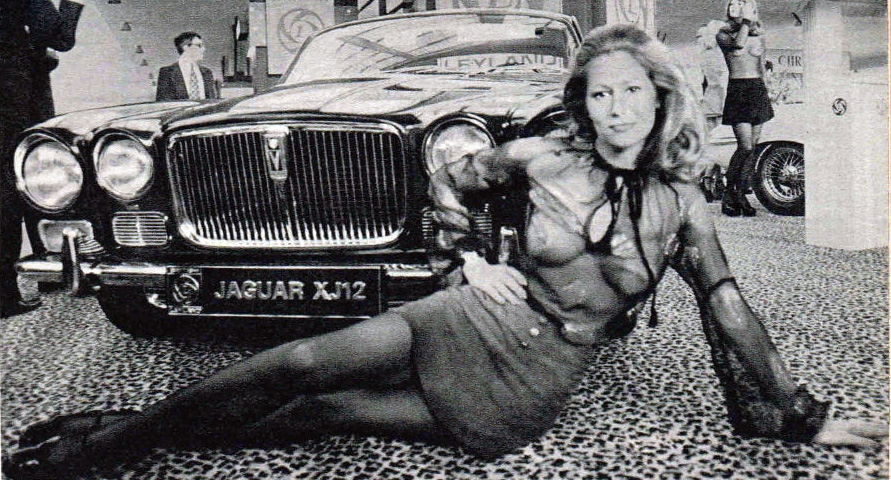 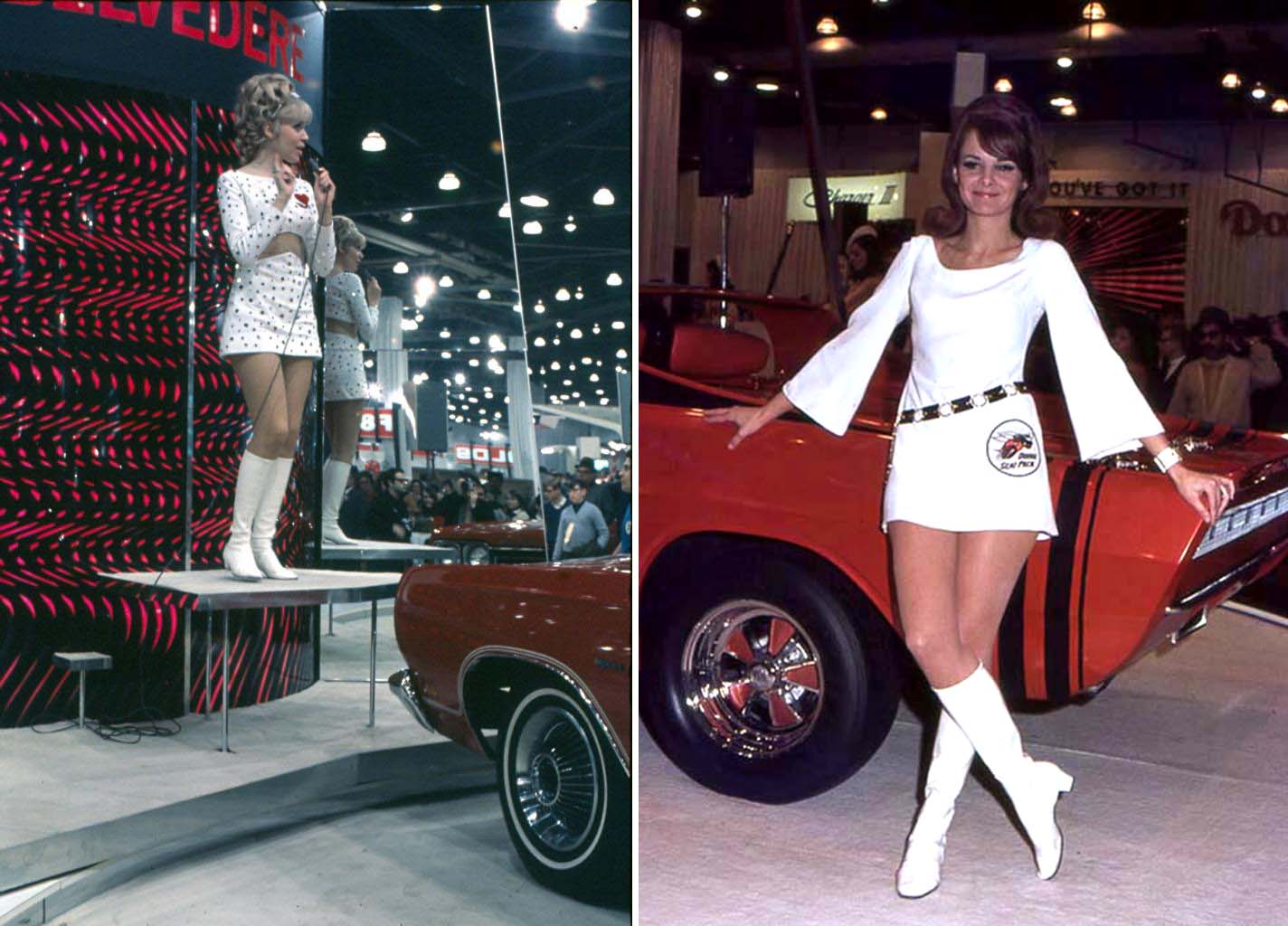 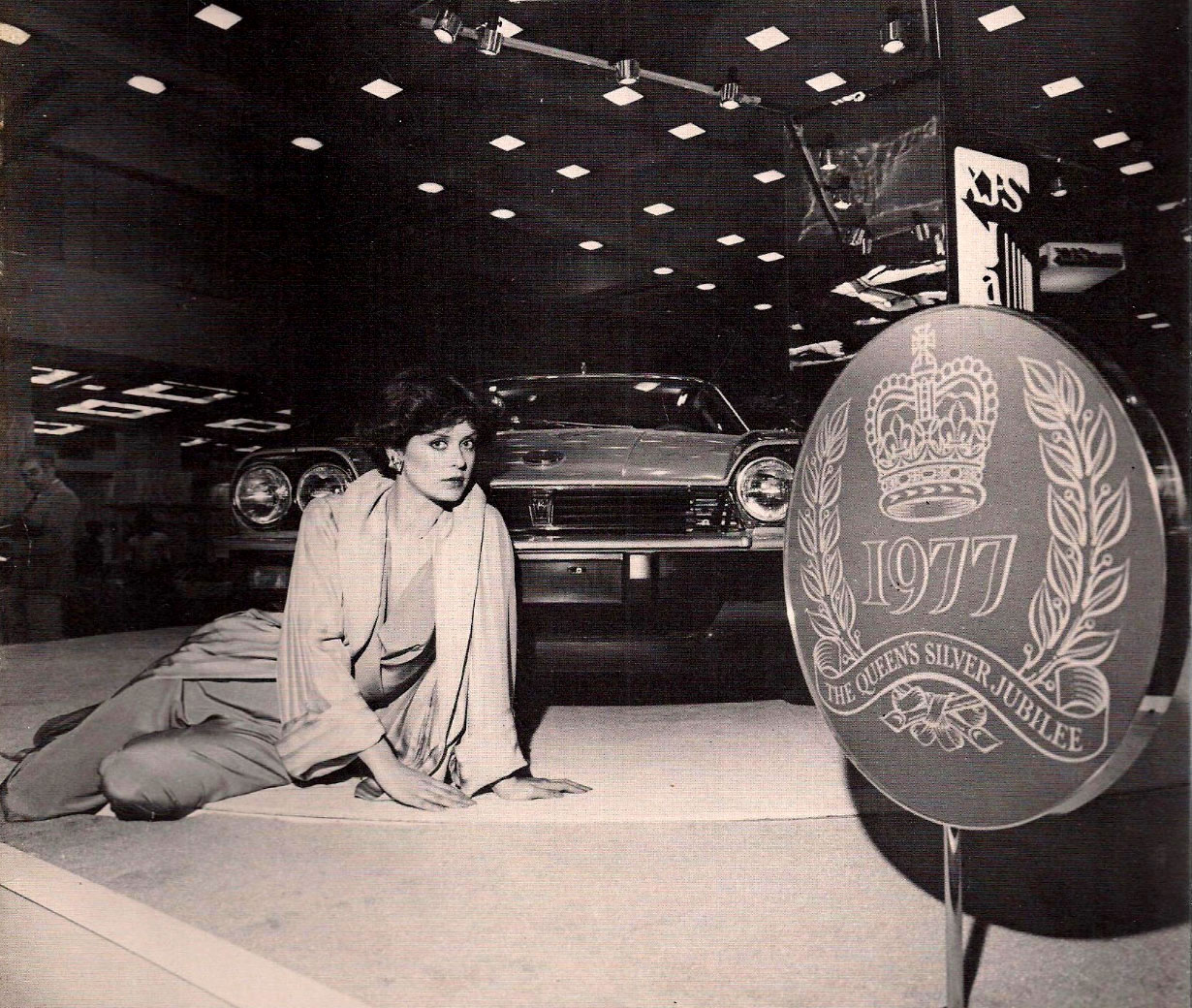 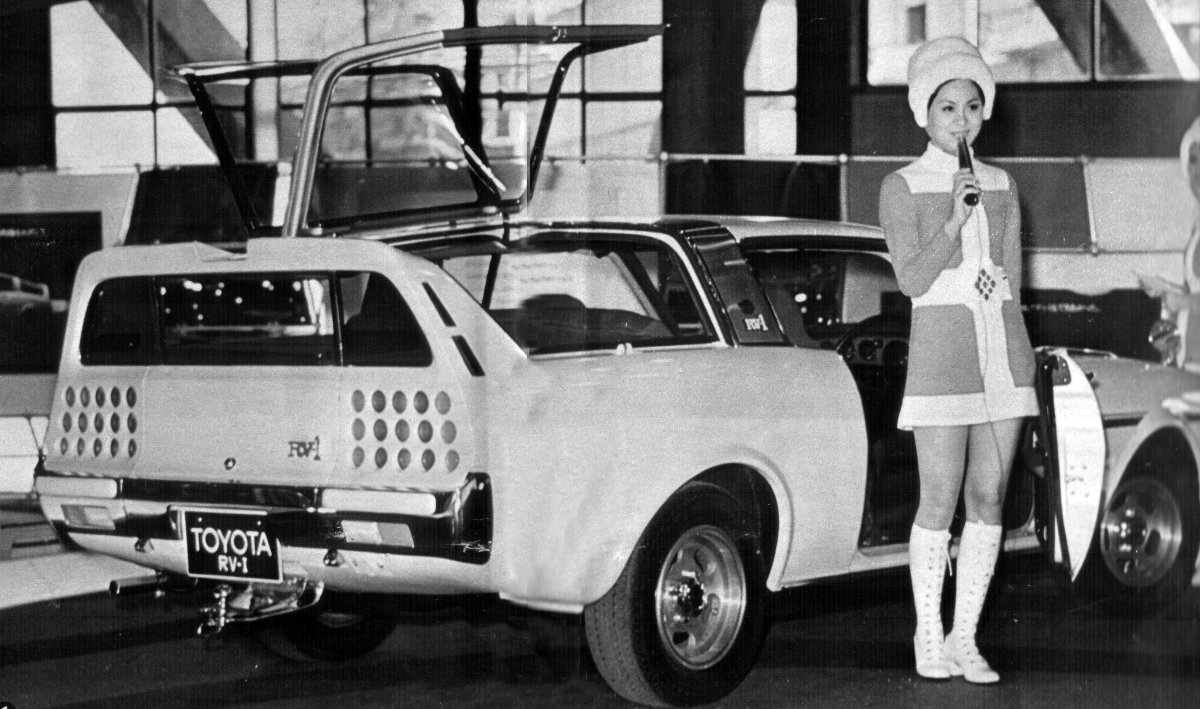 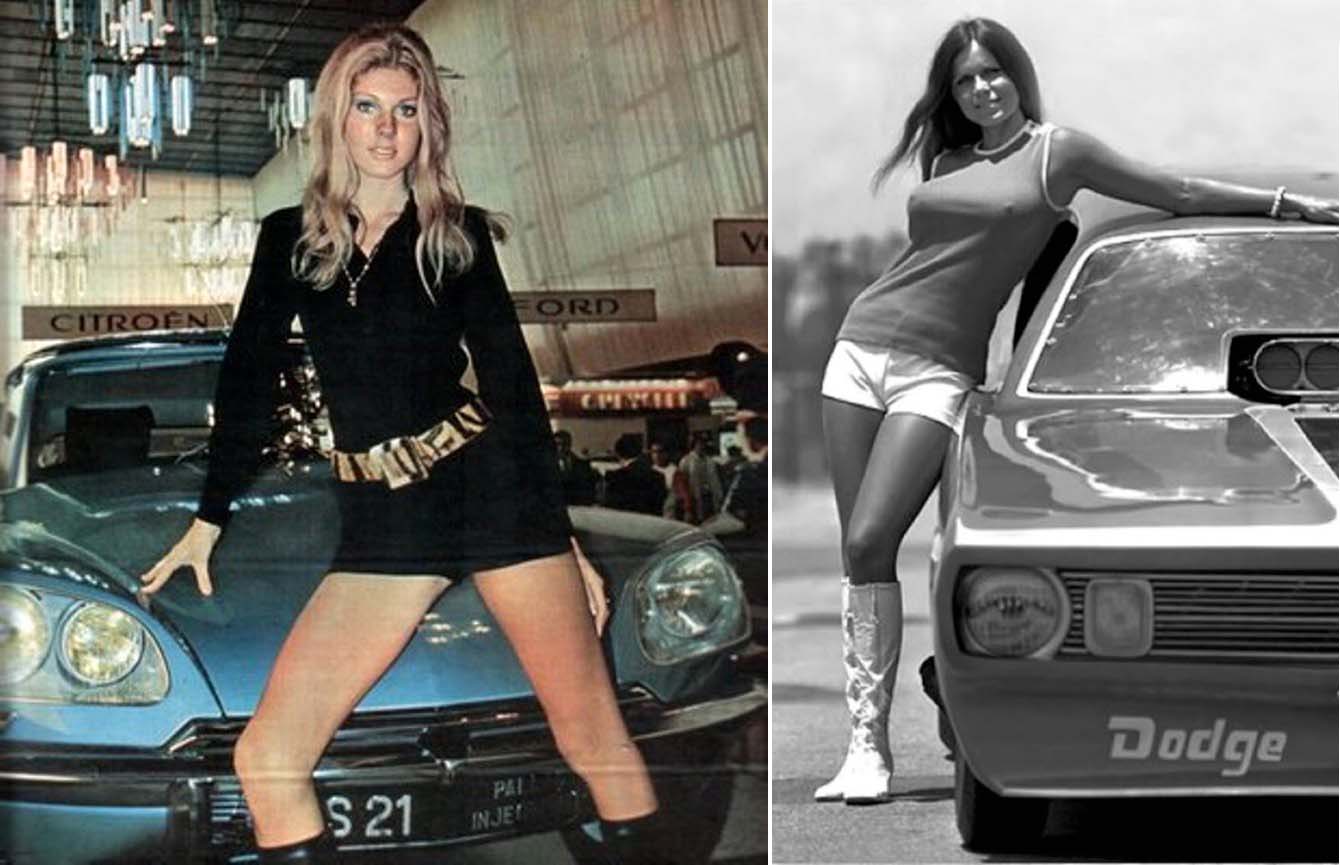 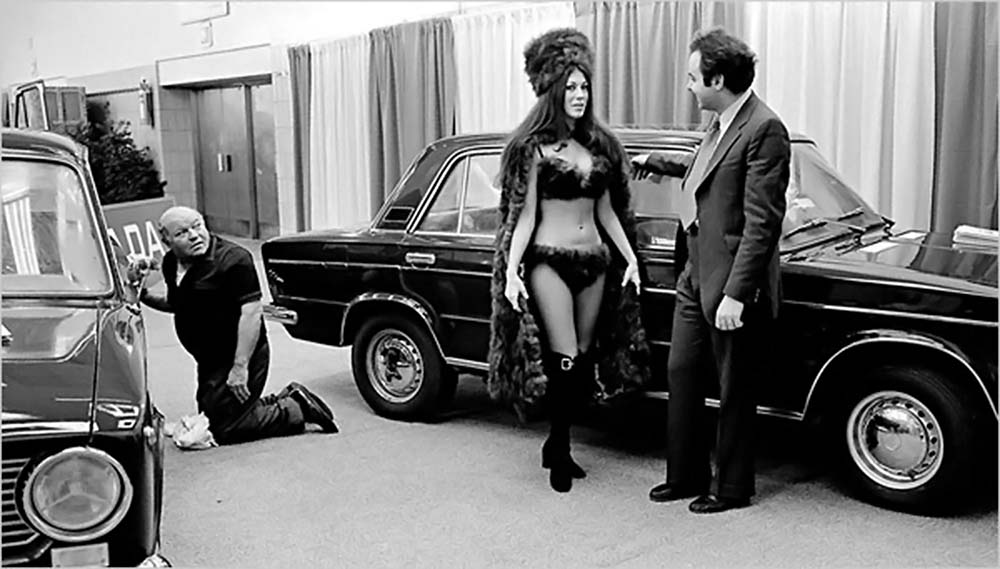 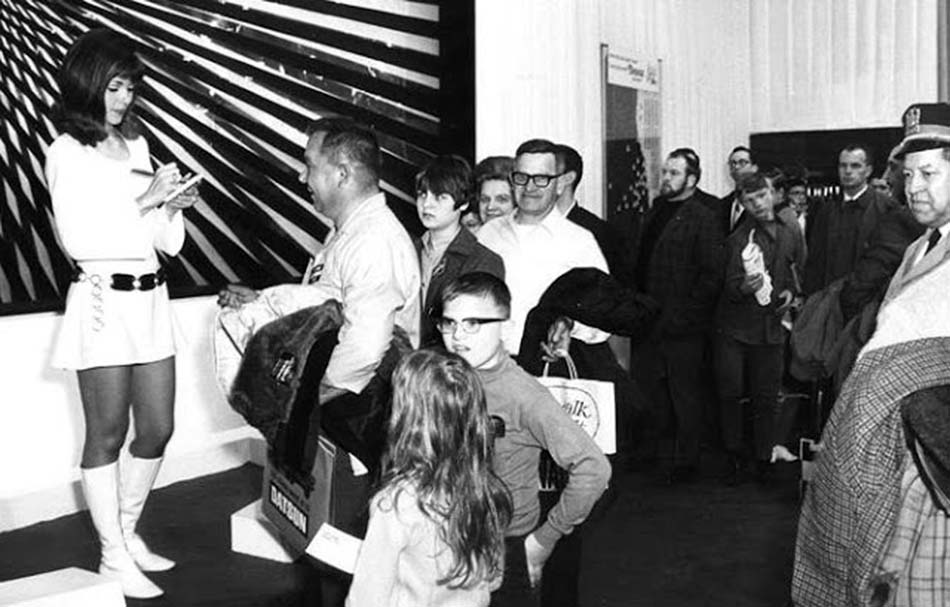 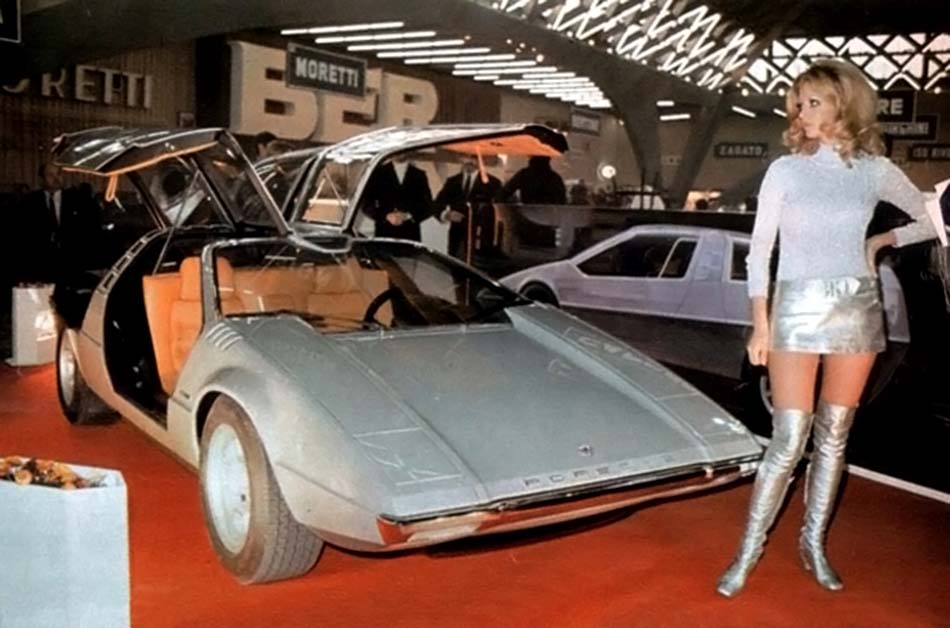 It’s easy to look sexy alongside a new Porsche, but can you do it next to a 1978 Dodge Colt Station Wagon?….. 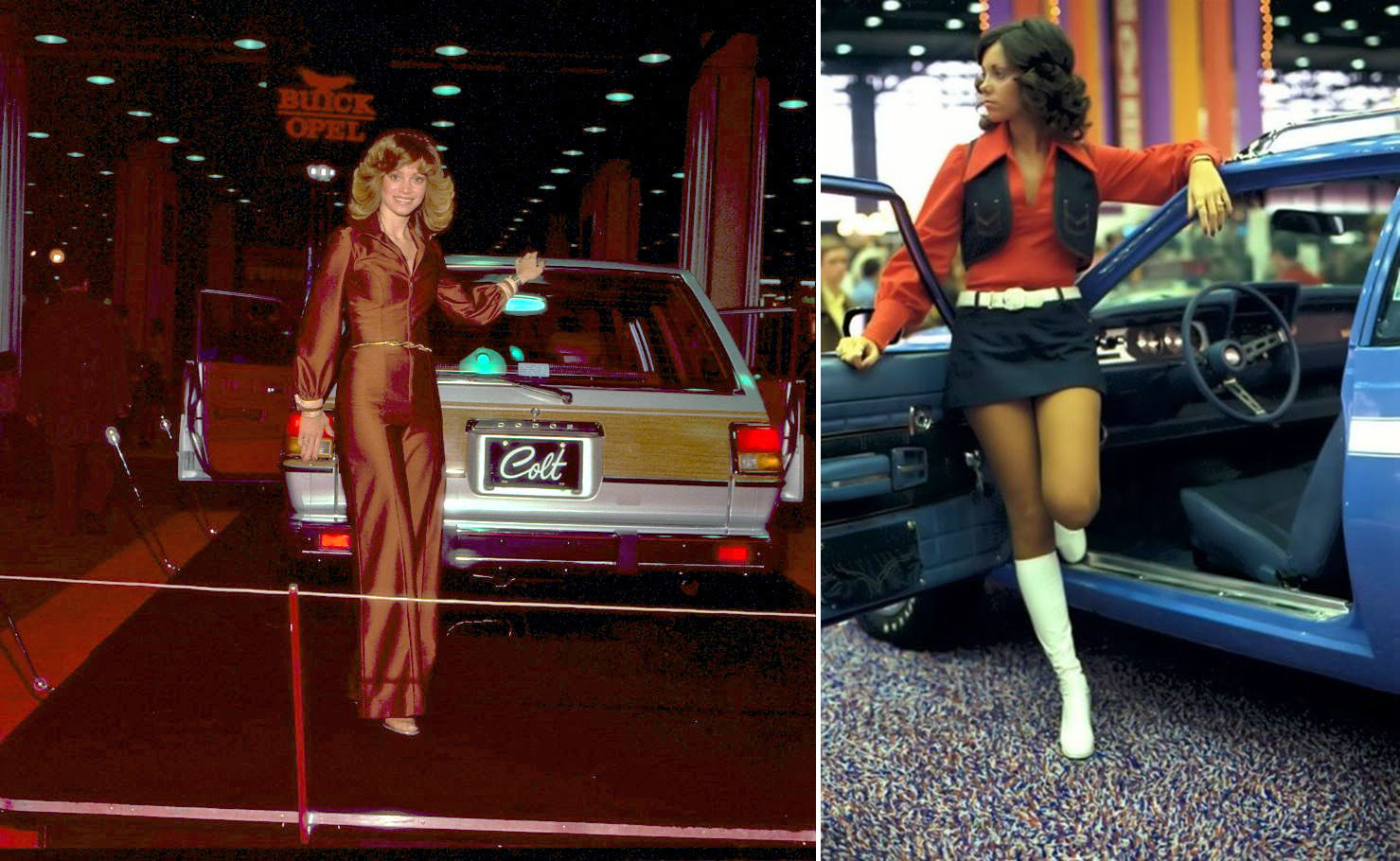 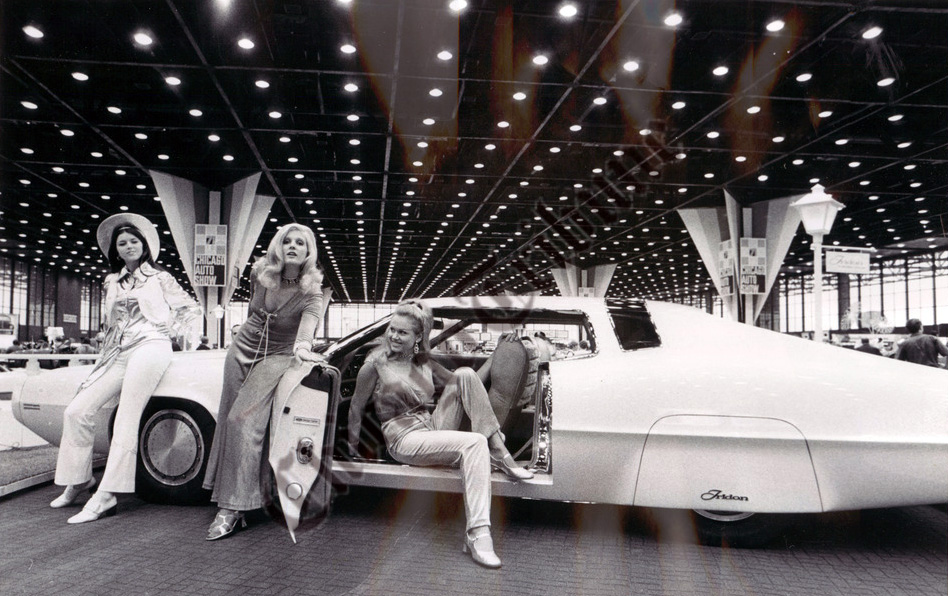 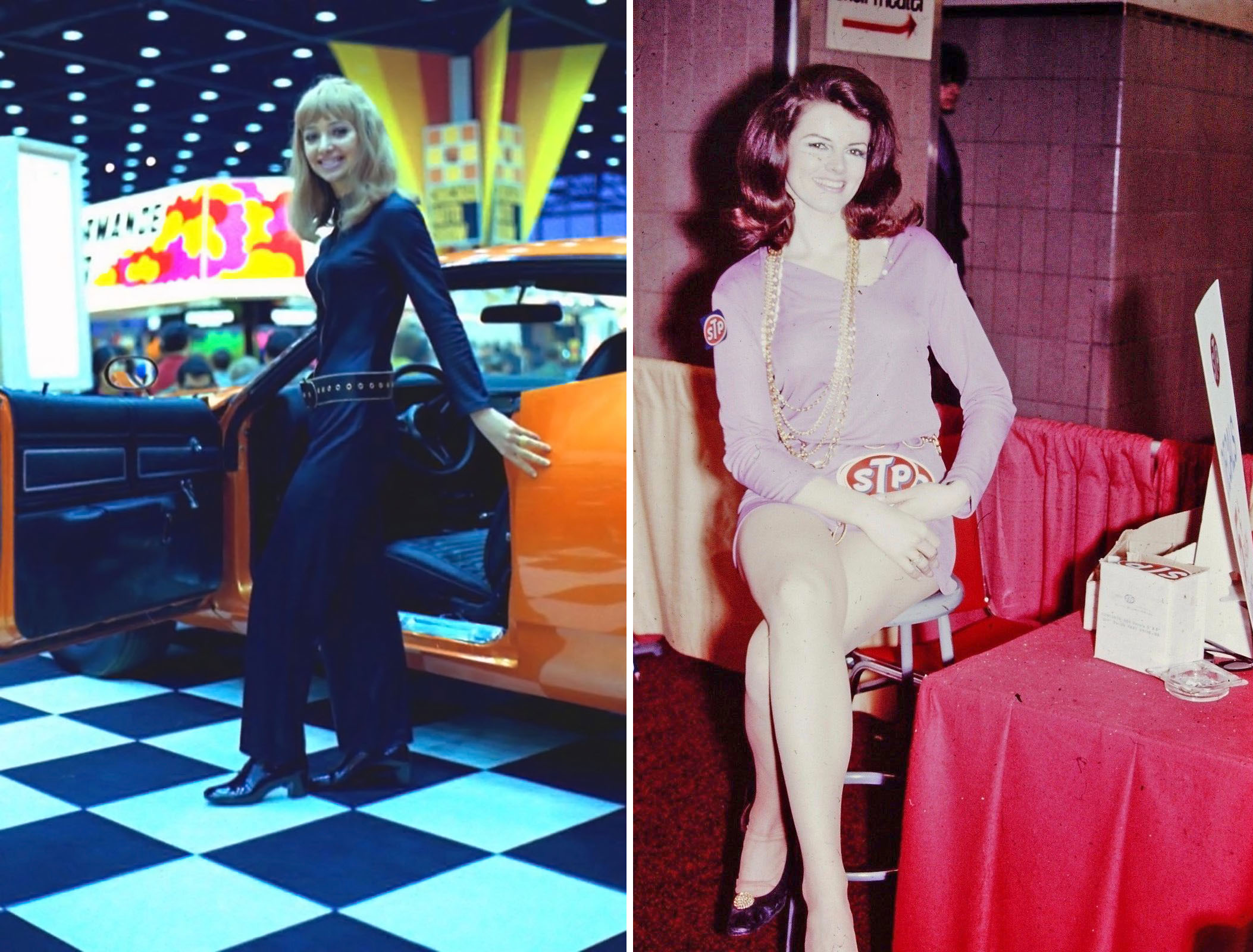 The 1968 STP girl on the right better be careful – I’m sure there were some psycho stalkers among the car enthusiasts… and one looks like he’s right behind her. 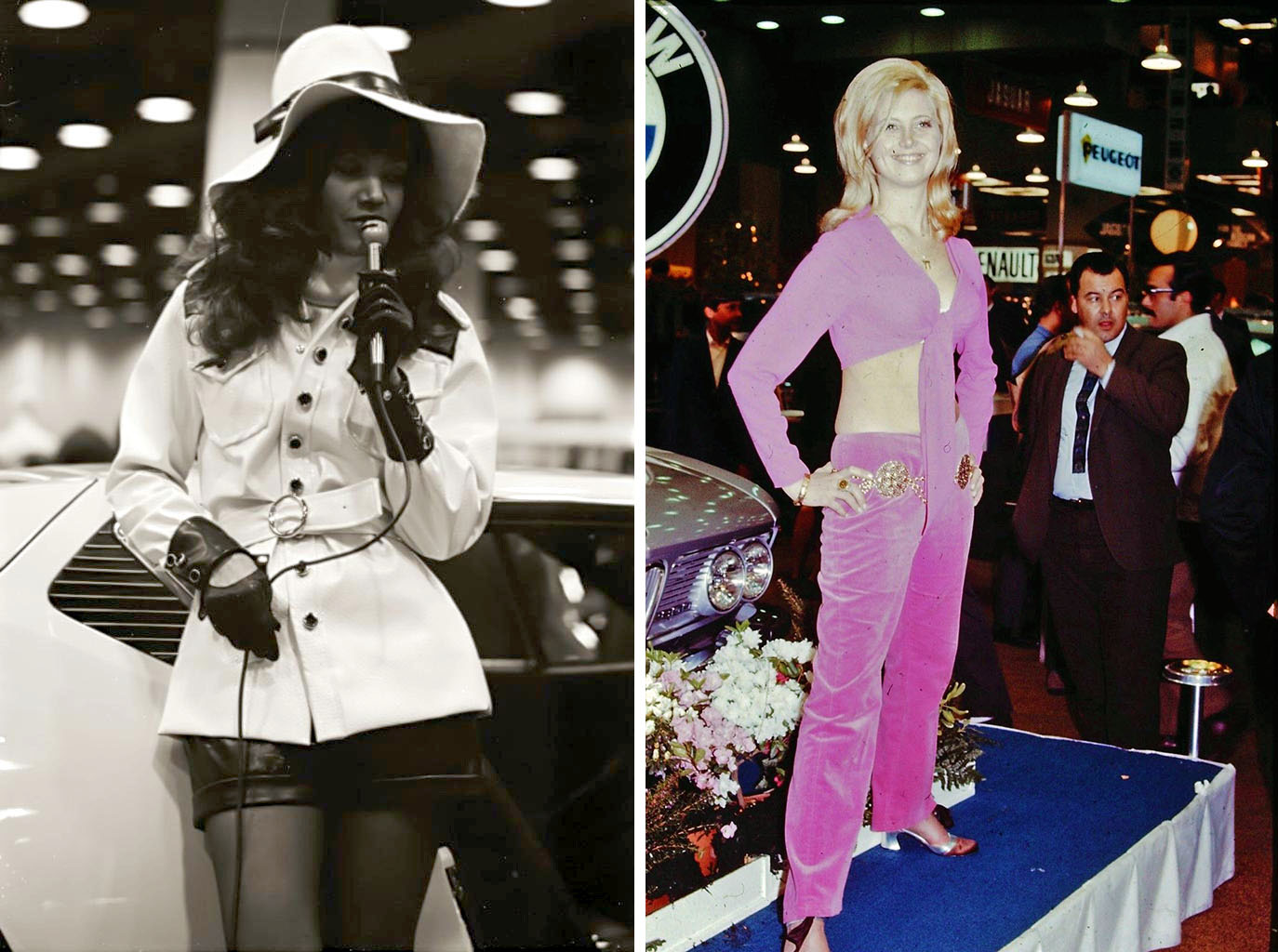 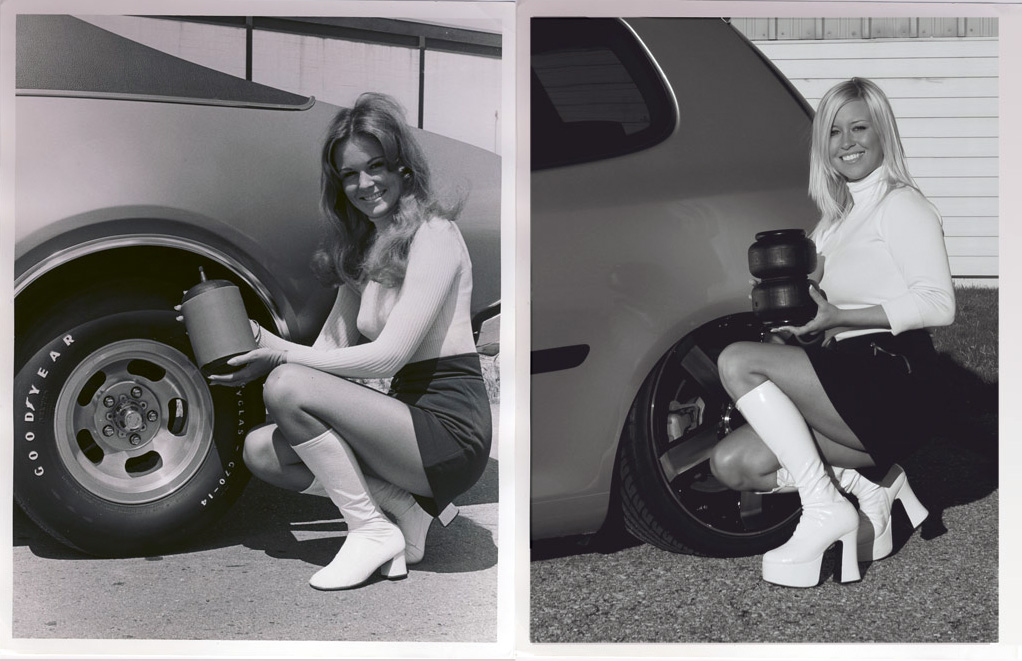 I suppose the auto-parts models were a rung down on the caste, but at least they had the dignity to keep rockin’ the white go-go boots.  Have you ever seen so many in your life? 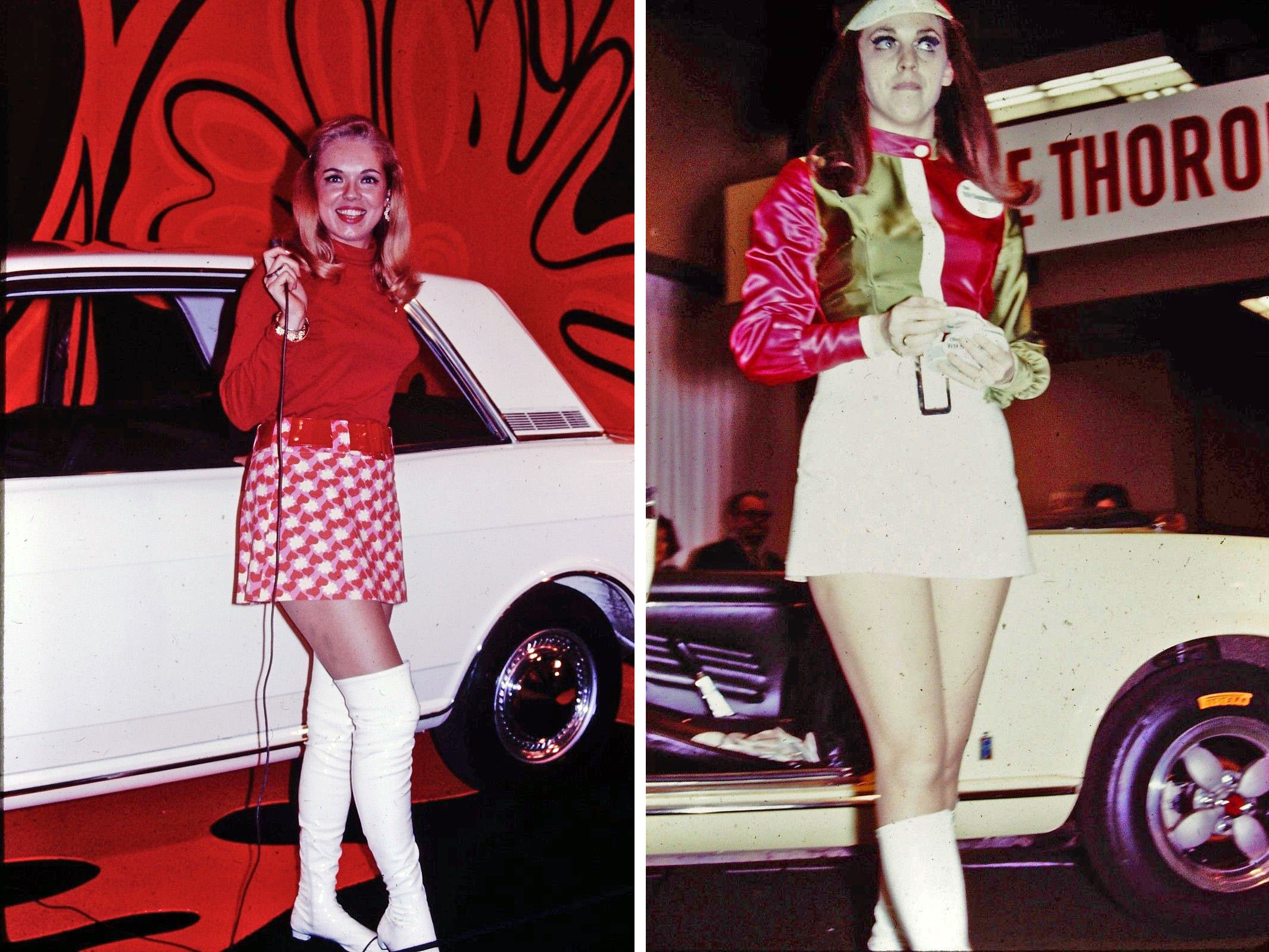 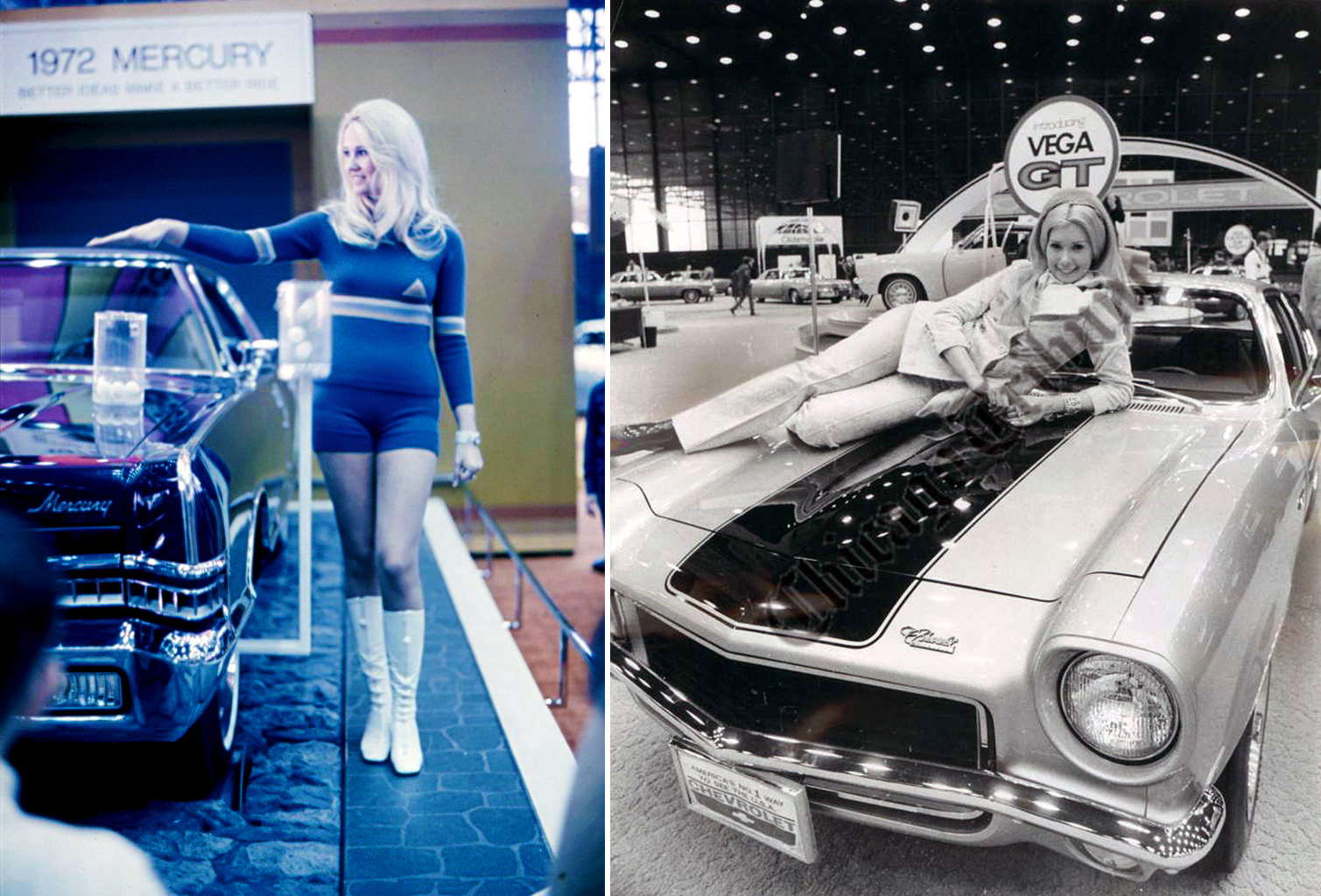 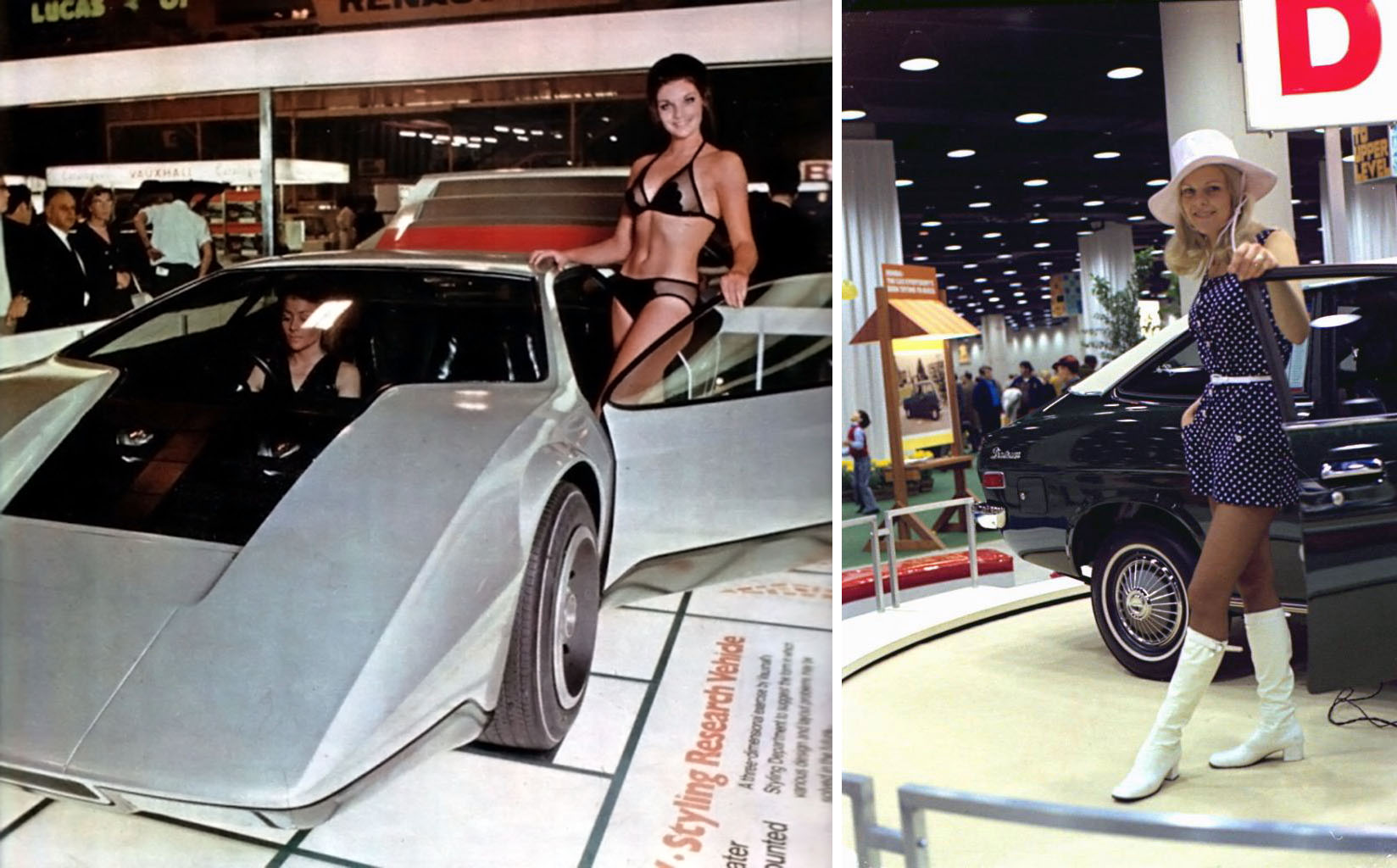 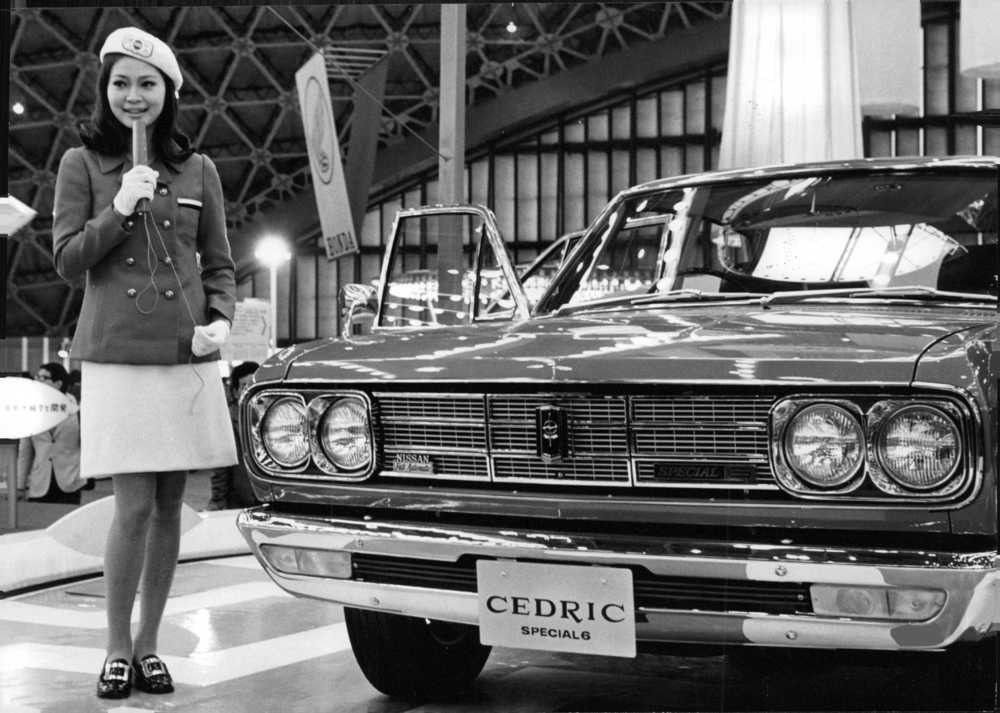 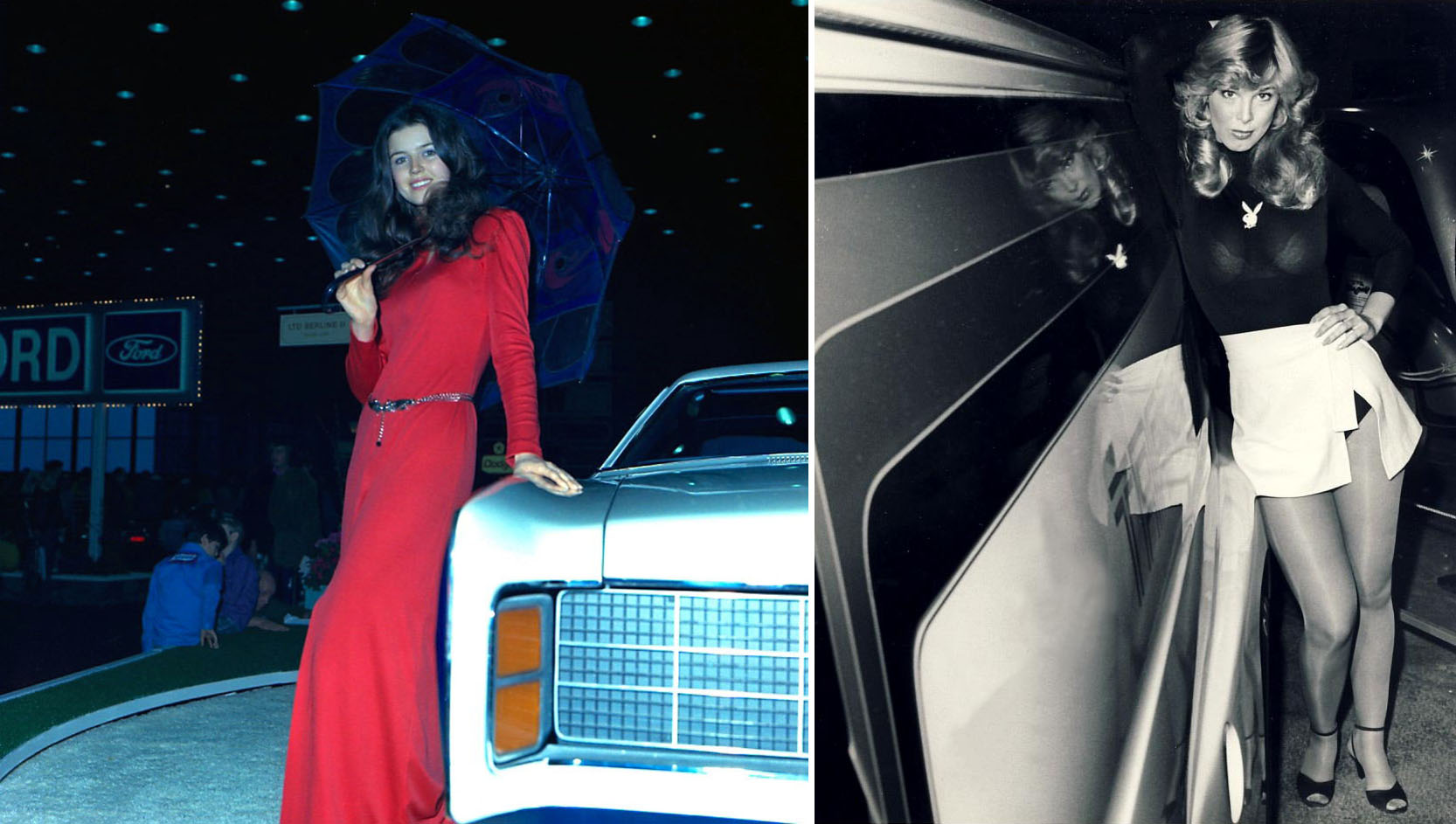 Well, the auto ladies may be gone, but their memory lives on at Flashbak.  Until next time. 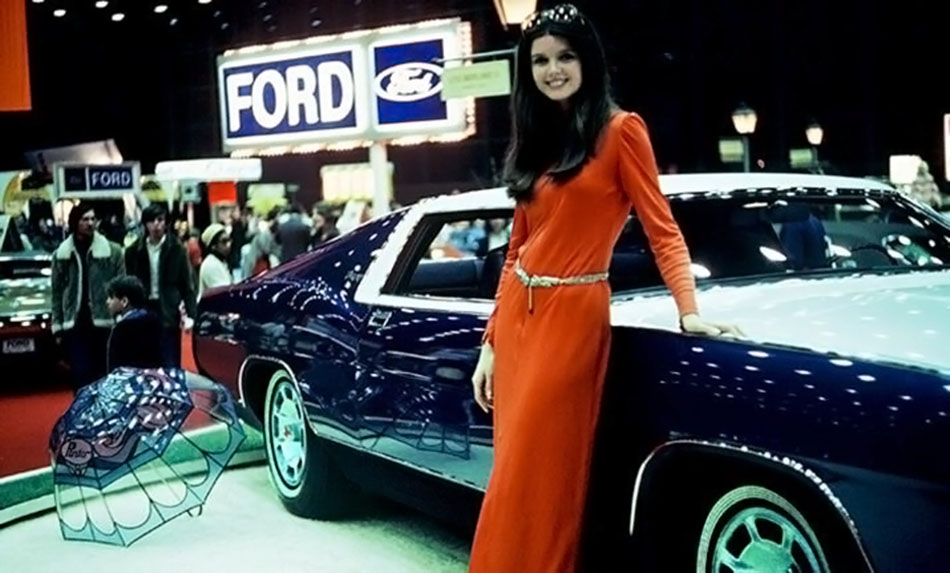