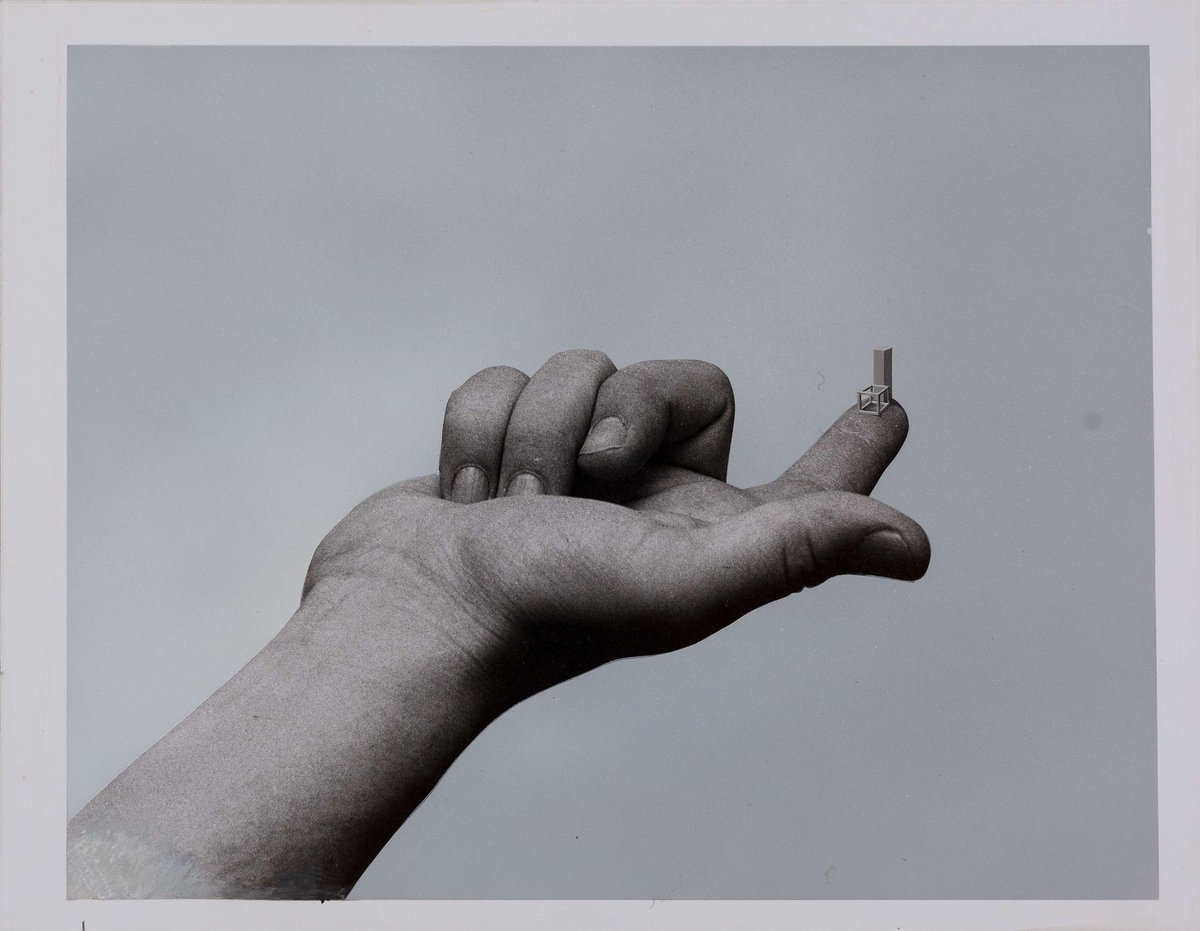 The contemplative and poised exhibition Land Marks: Structures For A Poetic Universe ran until June 2015. Curated by historians Nicholas Olsberg and Markus Lähteenmäki, Land Marks presented 100 architectural studies and works constituting an investigation into the boundaries between sculpture and architecture and landscapes and cities.

The spell-binding space at Durslade Farm outside the village of Bruton provides the perfect setting; I am thrilled that the curators included Derek Boshier’s quizzical 1971 work 16 Situations. 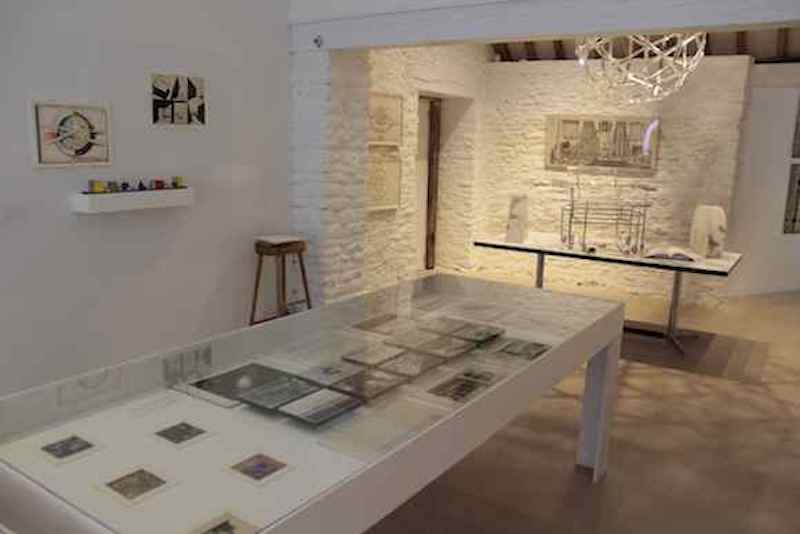 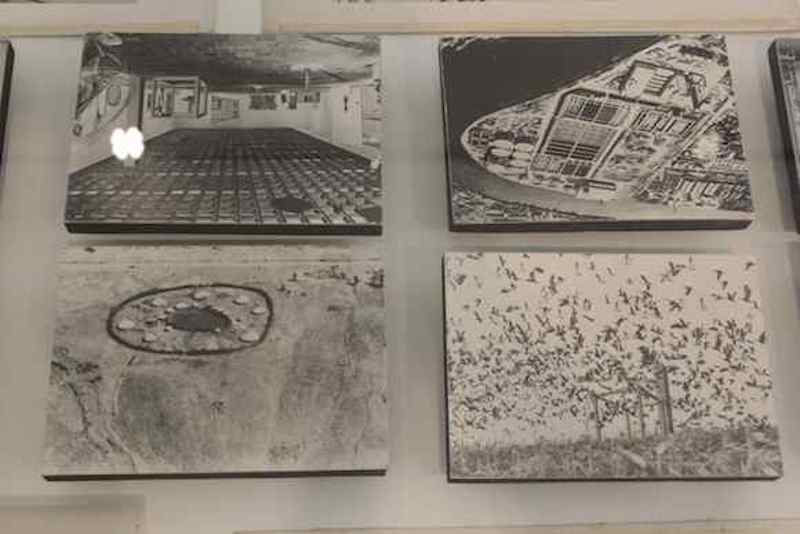 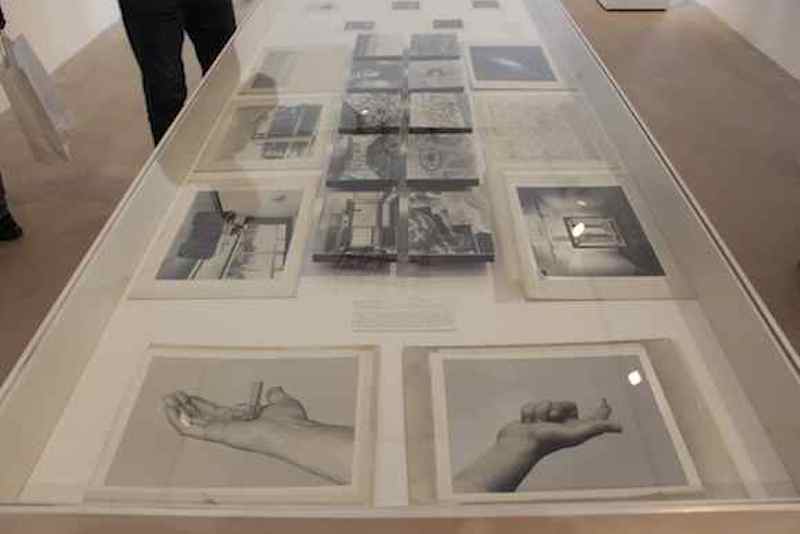 16 Situations was published as a book as well as conceived as an installation. In his essay in Rethink/Re-entry – the Boshier monograph I have edited – critic/curator Guy Brett writes: “16 Situations compose a sardonic fairy-tale of the adventures of an abstract minimalist sculpture in space and time. The open cube and column grow and shrink in scale according to their photographic background, traveling through the microcosm and macrocosm, corporate world, advertising world, art world.” 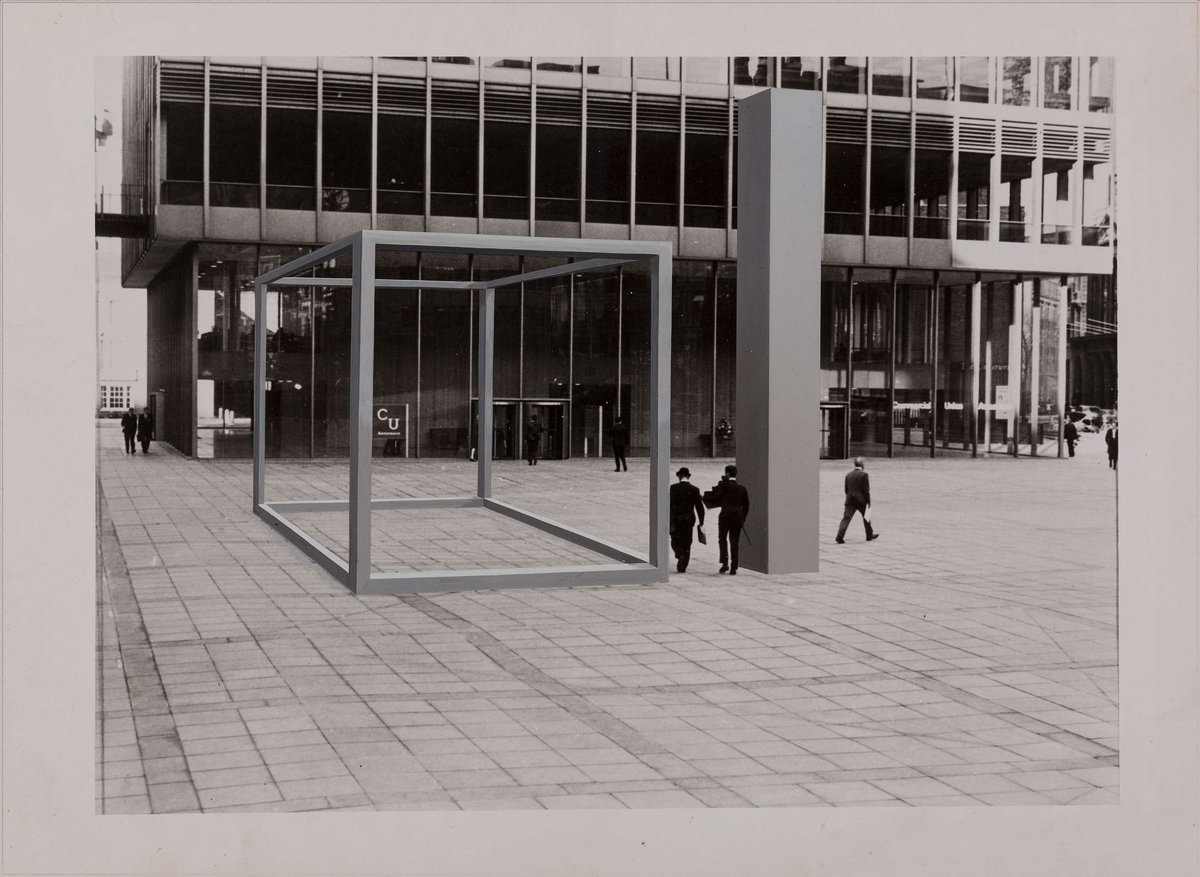 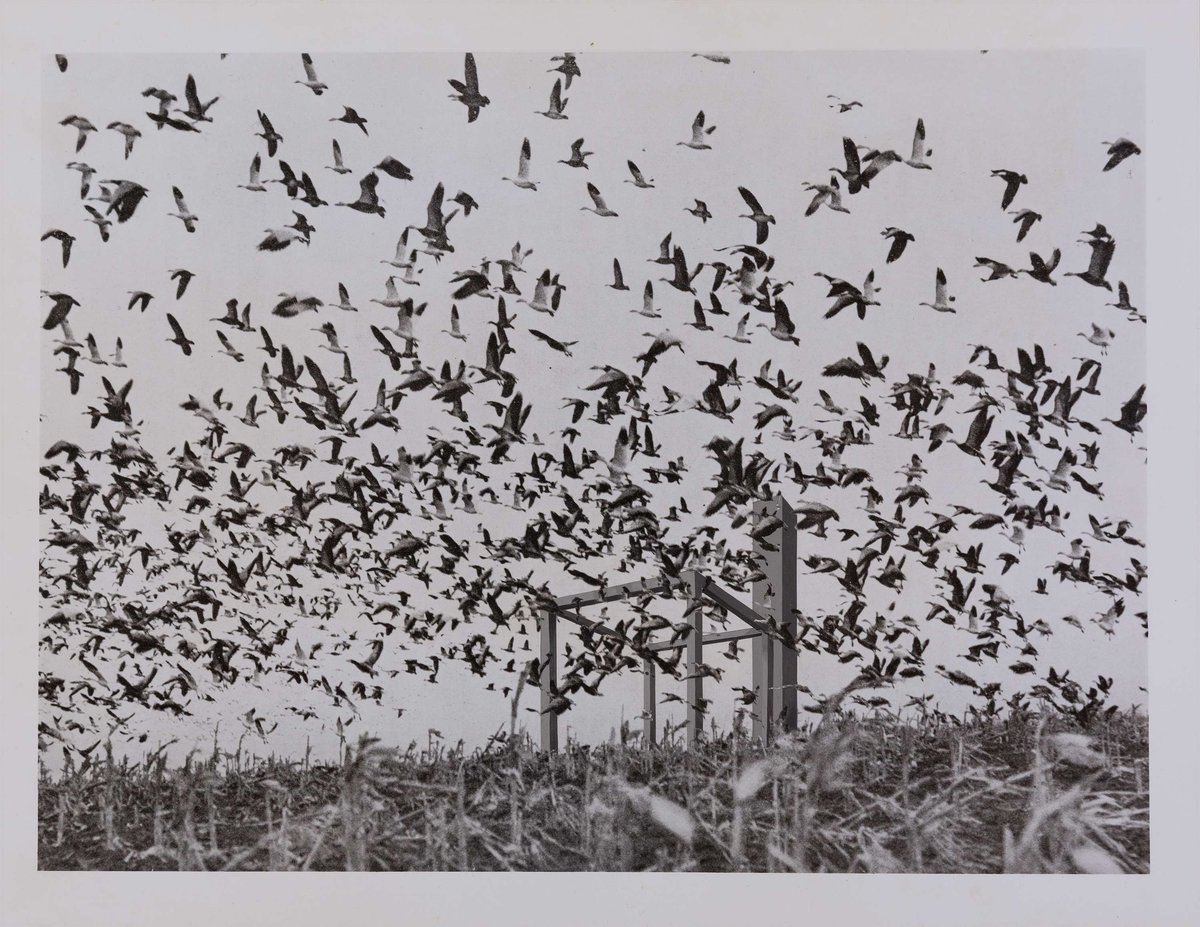 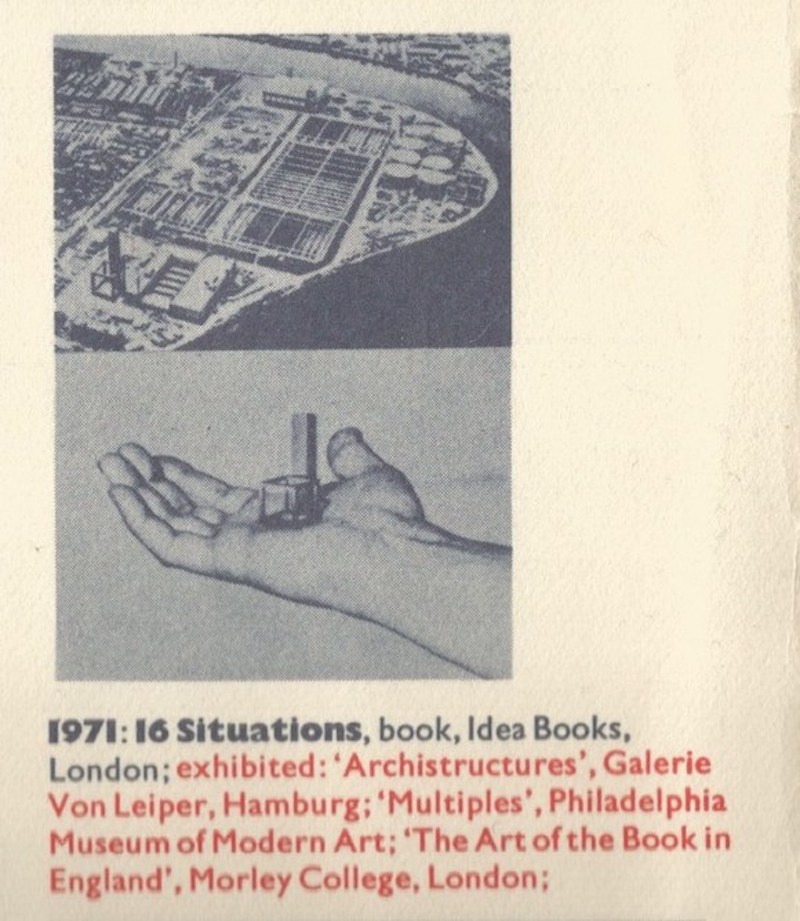 Boshier created the work to be displayed sequentially against a wall, so it was interesting to view Olsberg and Lähteenmäki’s decision to group 16 Situations in a floor vitrine. And they have created a ’17th Situation’; elsewhere in the show can be located a small physical reproduction of the minimalist sculpture.

I am indebted to H+W’s Jasper Weinstein Sheffield who provided these shots of 16 Situations from Land Marks, which appears to have, at least in part, developed from a series of articles on the role of drawing in architecture by Olsberg and Niall Hobhouse. Read the first essay from January 2011 at Building Design online here.